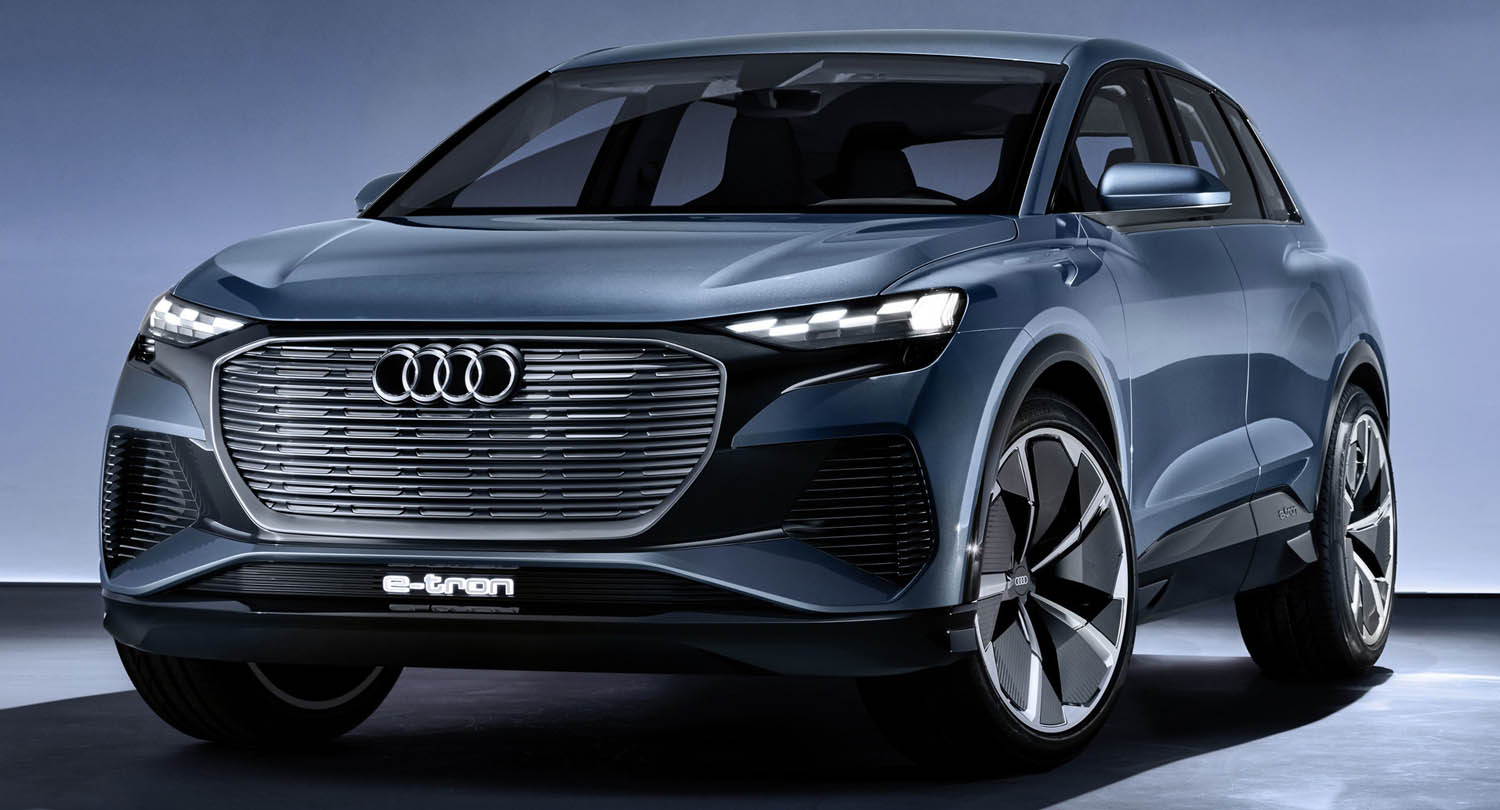 Striking lines, smooth surfaces, and eye-catching quattro blisters – with its Q4 e-tron, Audi is taking the next step in the evolution of its electric models’ design language. The compact SUV brings the lines that the Audi Q4 concept demo car introduced at the beginning of 2019 to a production model.

This is the responsibility of Audi’s toolmaking team, which translates the designers’ ideas into production and their emotionality into sheet metal with the utmost precision. Precision down to a thousandth of a millimeter when designing and building the tools, in fact – which is why toolmaking plays such a crucial role in Audi’s high standards of quality.

Captivating precision: the side panel of the Audi Q4 e-tron

Whether viewed from the front, side, or rear, the Q4 e-tron captivates onlookers from every angle thanks to its expressive SUV design. The side panel of the coupe derivative, which brings the lines of the July 2020 demo car into a production model, is a prime example of just how complex the vehicle is to manufacture.

Major challenges come together in a small area at the rear – the D-pillar merges seamlessly with the side edge at the top, while the rear spoiler extends in the opposite direction, and further down the blister, as Audi refers to the edge above the wheel, extends over the taillight with its tight radii and deep undercut. All of these curves and lines are implemented with an impeccable surface finish and maximum precision.

Audi’s toolmaking team is responsible for this – they translates the designers’ visions into reality. Its method planners sit at the table in the early stages of development and review proposals with respect to feasibility. Coordination and development are carried out digitally via computer in most cases.

For the Q4 e-tron, the toolmakers from Audi’s two German sites divided up the work – the specialists from Ingolstadt were responsible for the side panel, doors, and roof, while their colleagues in Neckarsulm were in charge of the engine hood and tailgate.

Cast-iron colossus: 4.50 meters long with a weight of up to 47 tons

Toolmaking is where highly complex functionality meets uncompromising precision and heavy metal. Each of the pressing tools used to produce the side panels is a cast-iron colossus – approximately 4.50 meters long, 2.40 meters wide, and 1.35 meters high, weighing up to 47 tons.

They are the product of tens of thousands of hours of manual work and contain up to 500 individual parts, from the filling and processing slides weighing several tons to the blank holders and forming jaws to the cutters and punches. A single set of large tools takes several months to assemble.

The finished tools are first installed in single-stage tryout presses and then in the large transfer press lines – most of them initially at the Audi factory in Ingolstadt before being transported to Zwickau, where the Q4 e-tron is manufactured.

Numerous optimization phases lie in between, often involving only a few thousandths of a millimeter. Does the curvature of the sheet metal part exhibit a tiny sink mark or an unacceptable bulge? Do the parts exhibit any barely discernible thinning or minute wrinkles anywhere after each stage of the production process? Modern optical measuring systems provide exact data – but they still cannot replace the sharp eye of a human being, their sensitive fingertips, and their sense of how the sheet metal behaves in the press.

When mass production is up and running, the Zwickau press lines need a total of six production steps to form the side panel, each using a specific tool. Between them, grippers transfer the component from one tool to the next.

The first one draws the sheet into the desired shape, and the subsequent tools are used to trim the sheet, for example in the area surrounding the side windows, to create the fine edges and lines, the assembly holes, and the complicated undercuts – folds and shapes on the inside of the sheet metal parts that are necessary for the subsequent joining processes in body construction. Because the sheet tends to spring back slightly, it is specifically reshaped in each work step. What enters the forming process as a flat blank emerges at its end as a three-dimensional component with the highest degree of precision and an emotional design.

The EV offensive picks up speed: The Q4 e-tron launches in a dynamic market segment

Audi’s electric offensive continues to pick up steam, with the Q4 e-tron following in the footsteps of the large Audi e-tron and e-tron Sportback SUV models as well as the high-performance e-tron GT. The Q4 e-tron plays a central role in the brand’s electrification strategy, launching in a particularly attractive and fast-growing market segment, the compact SUV class. For Audi customers, it offers a competitively priced entry into the world of premium electric mobility. 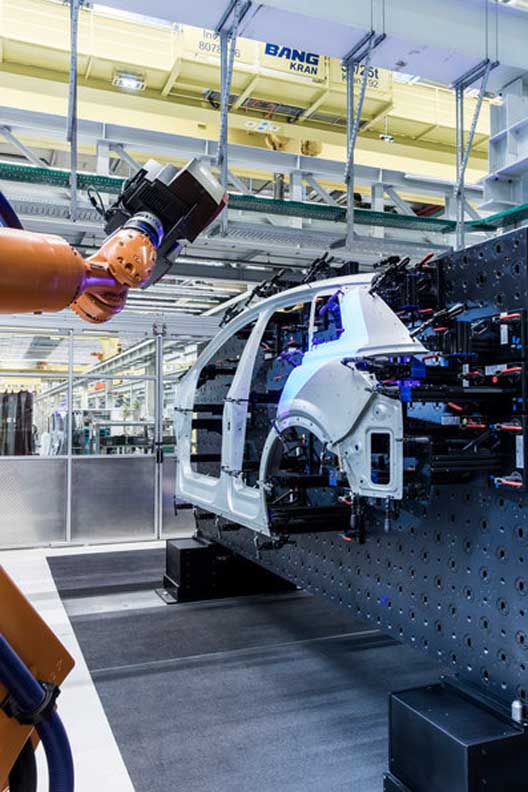 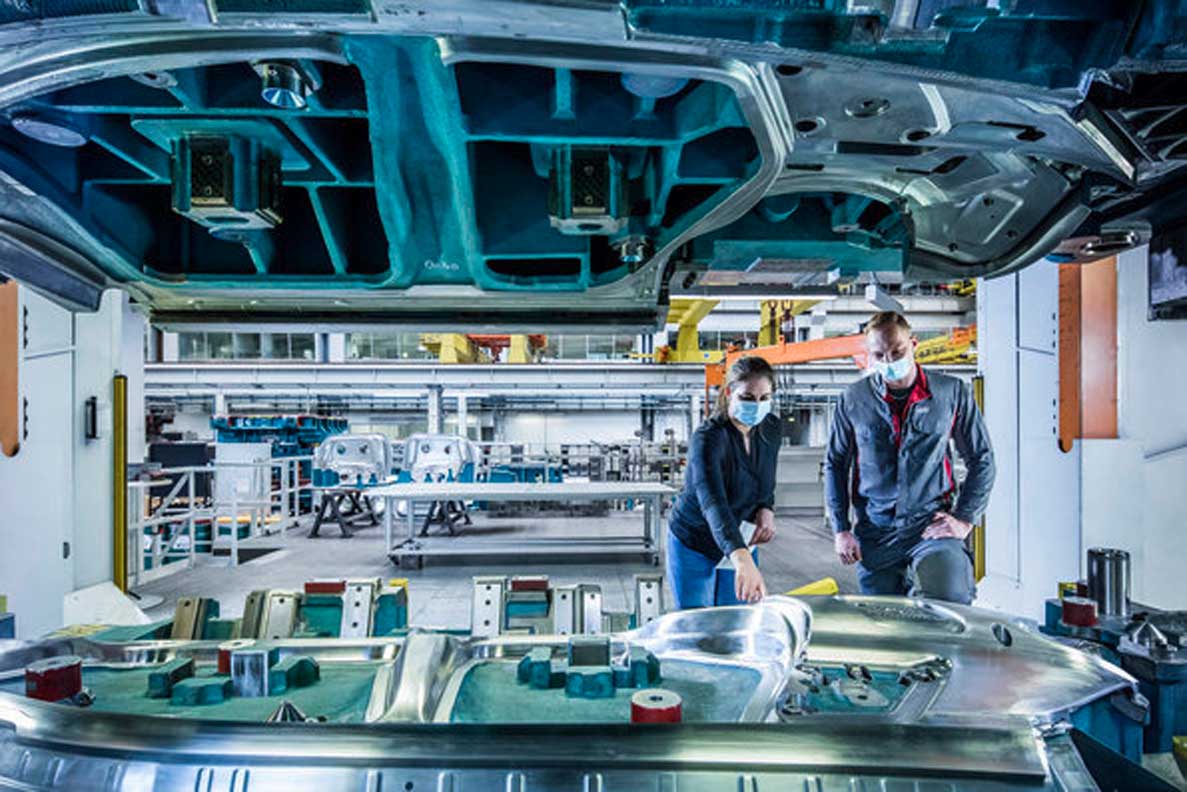 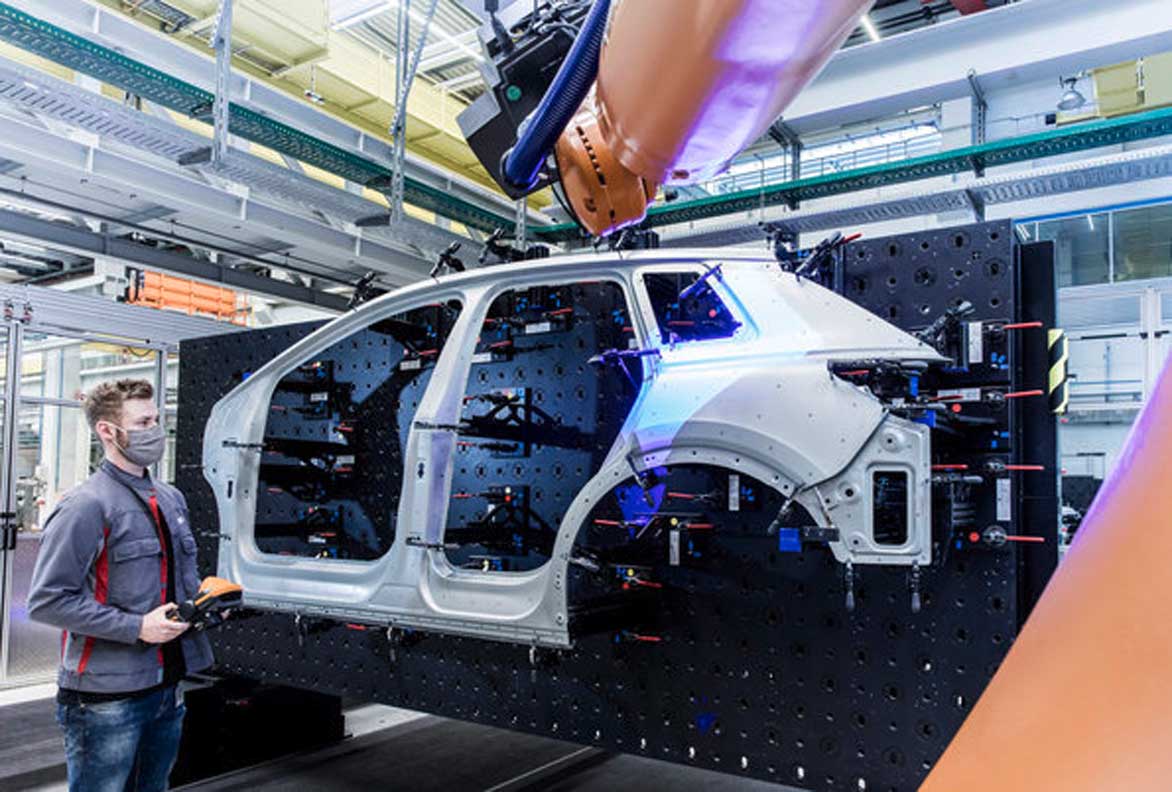 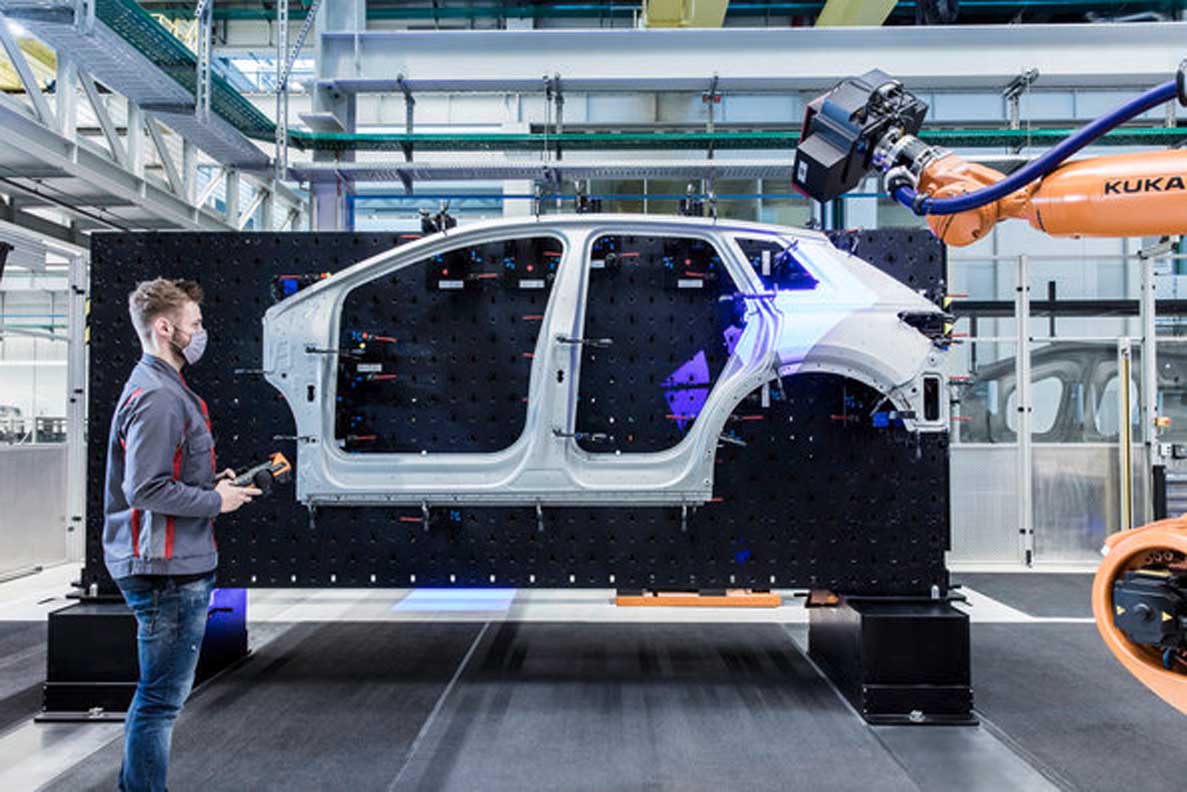 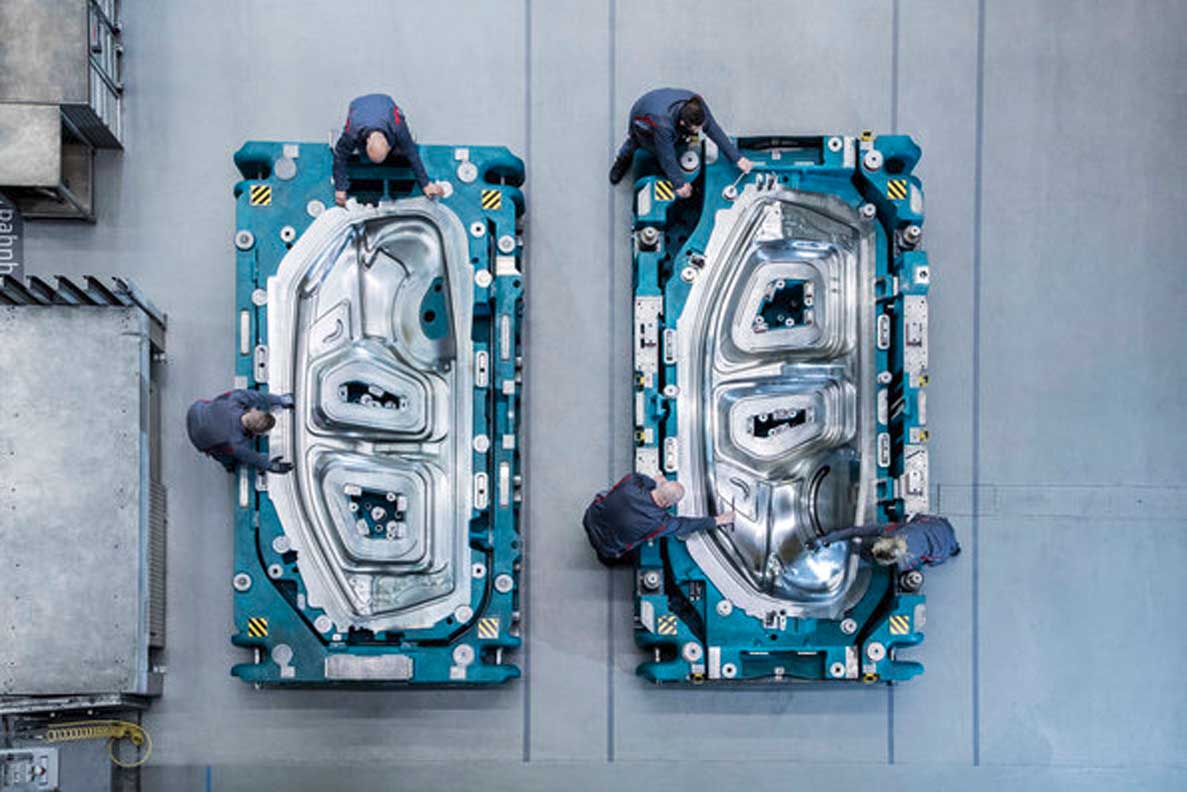 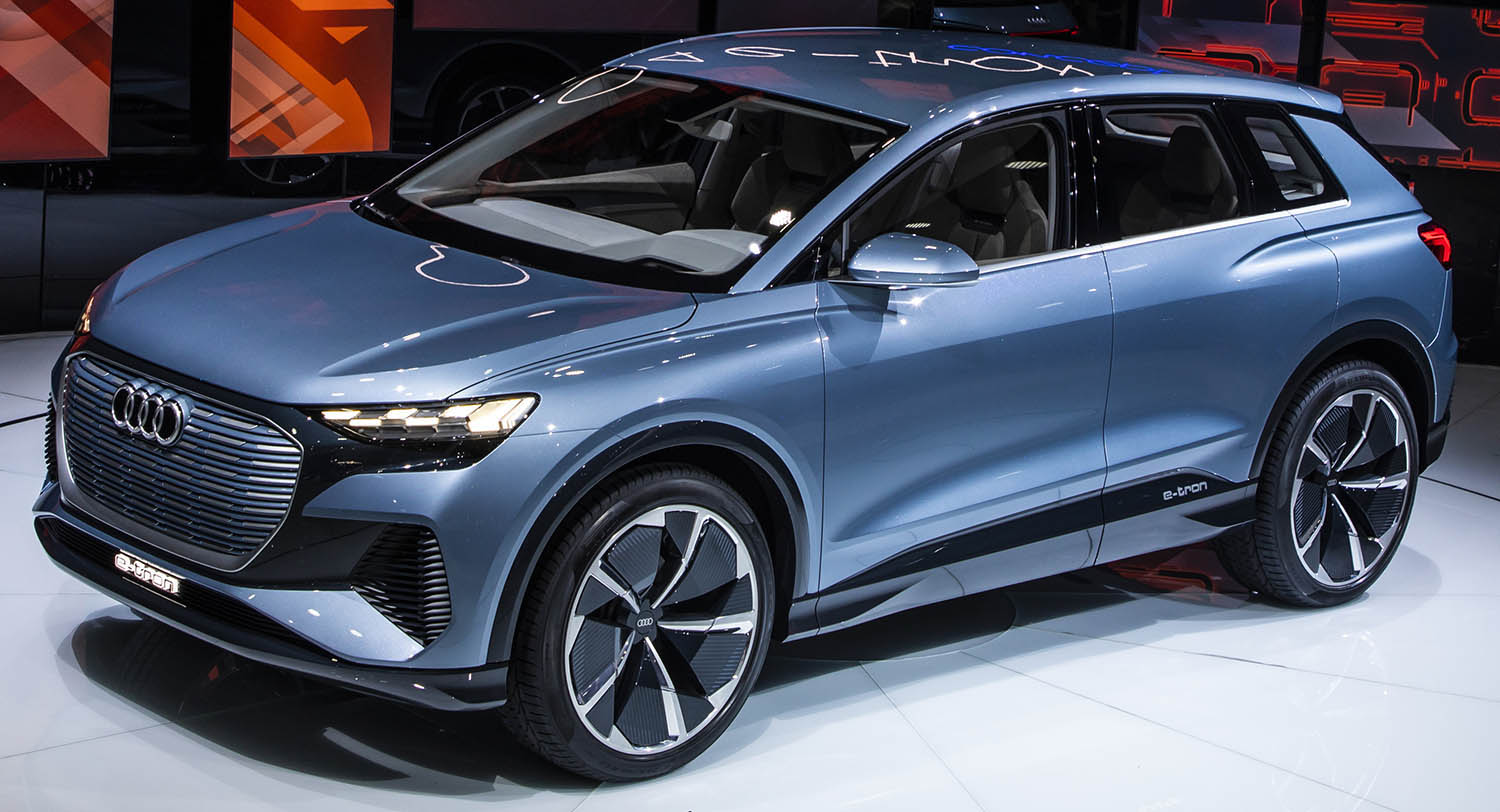 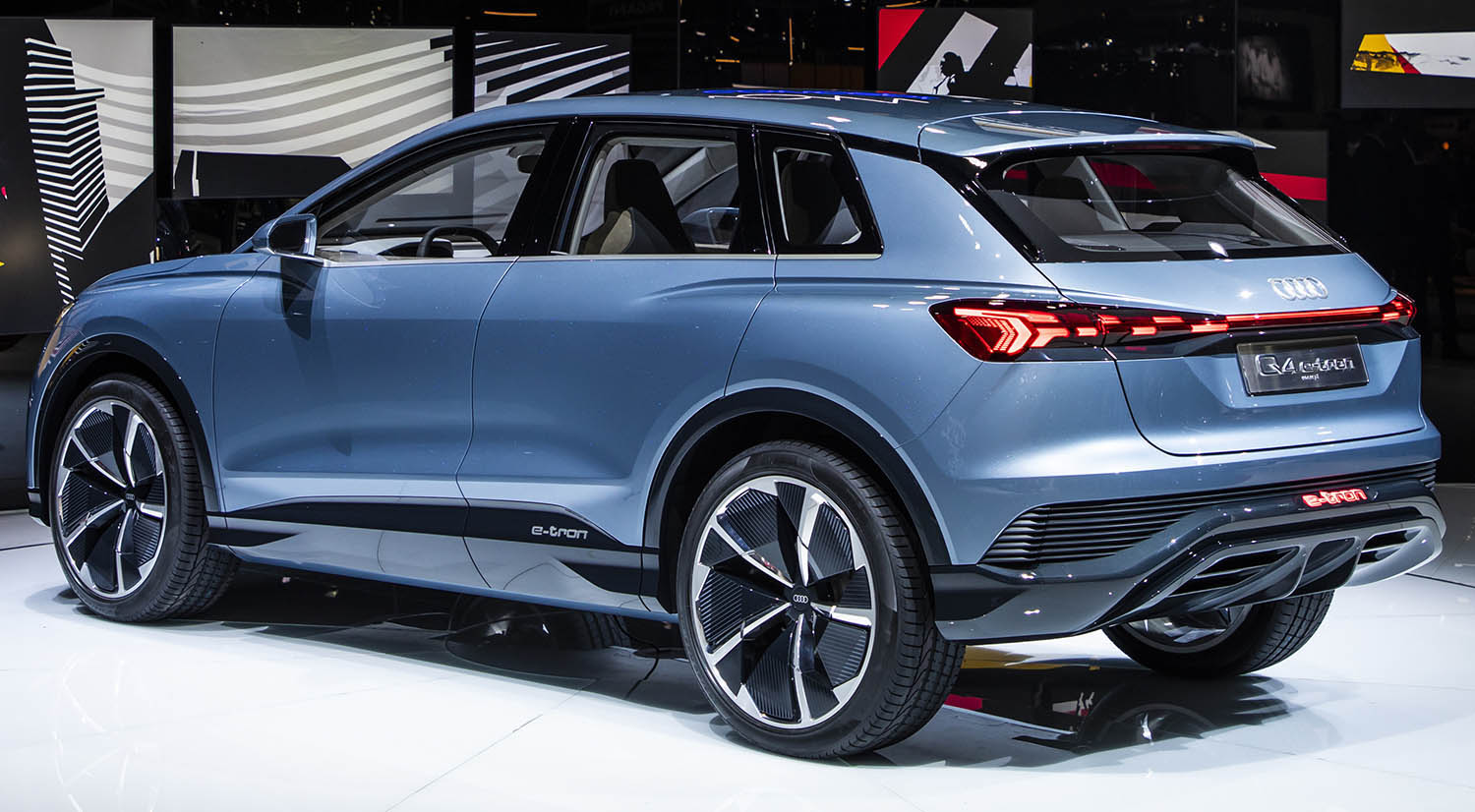 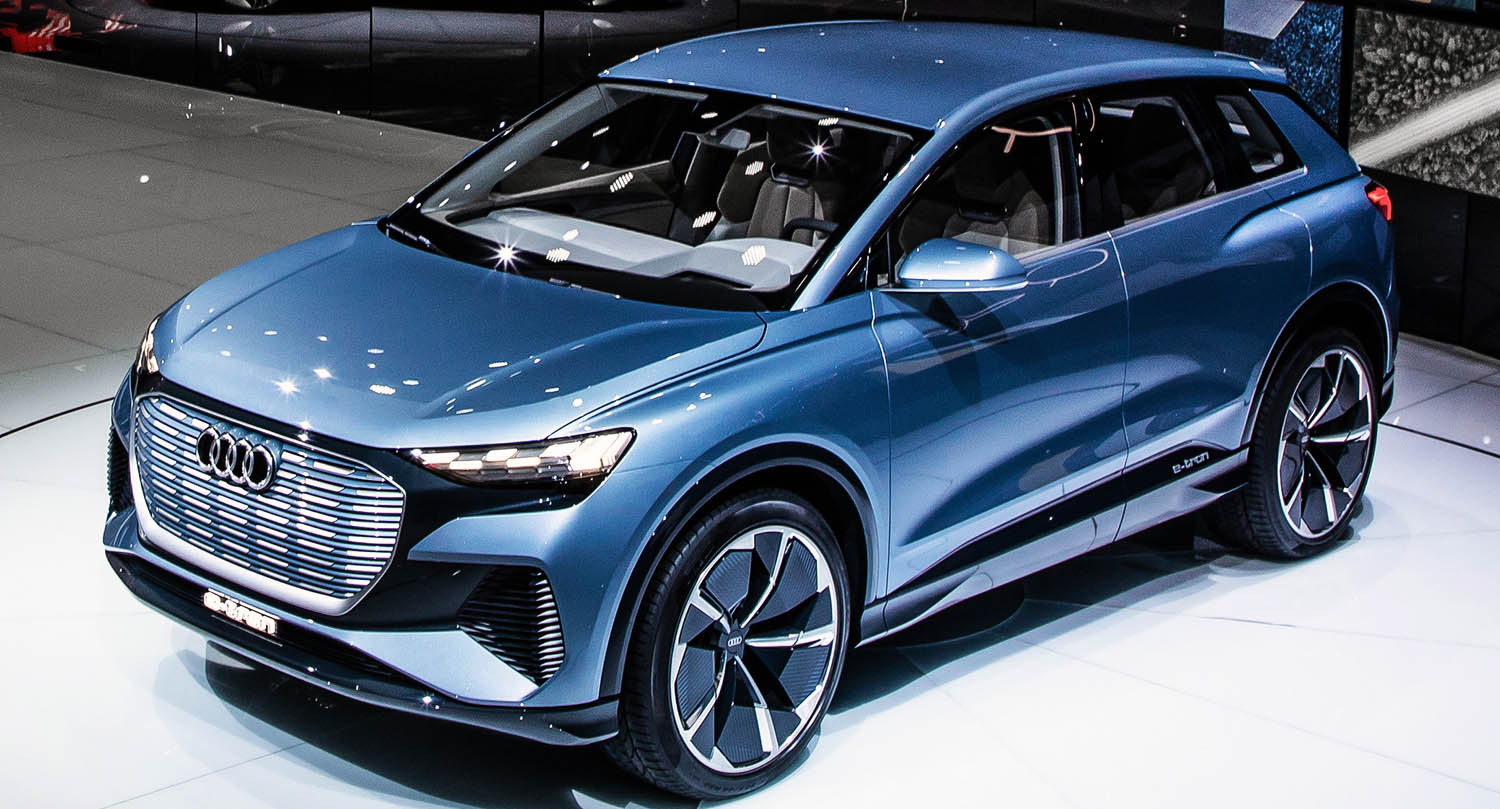 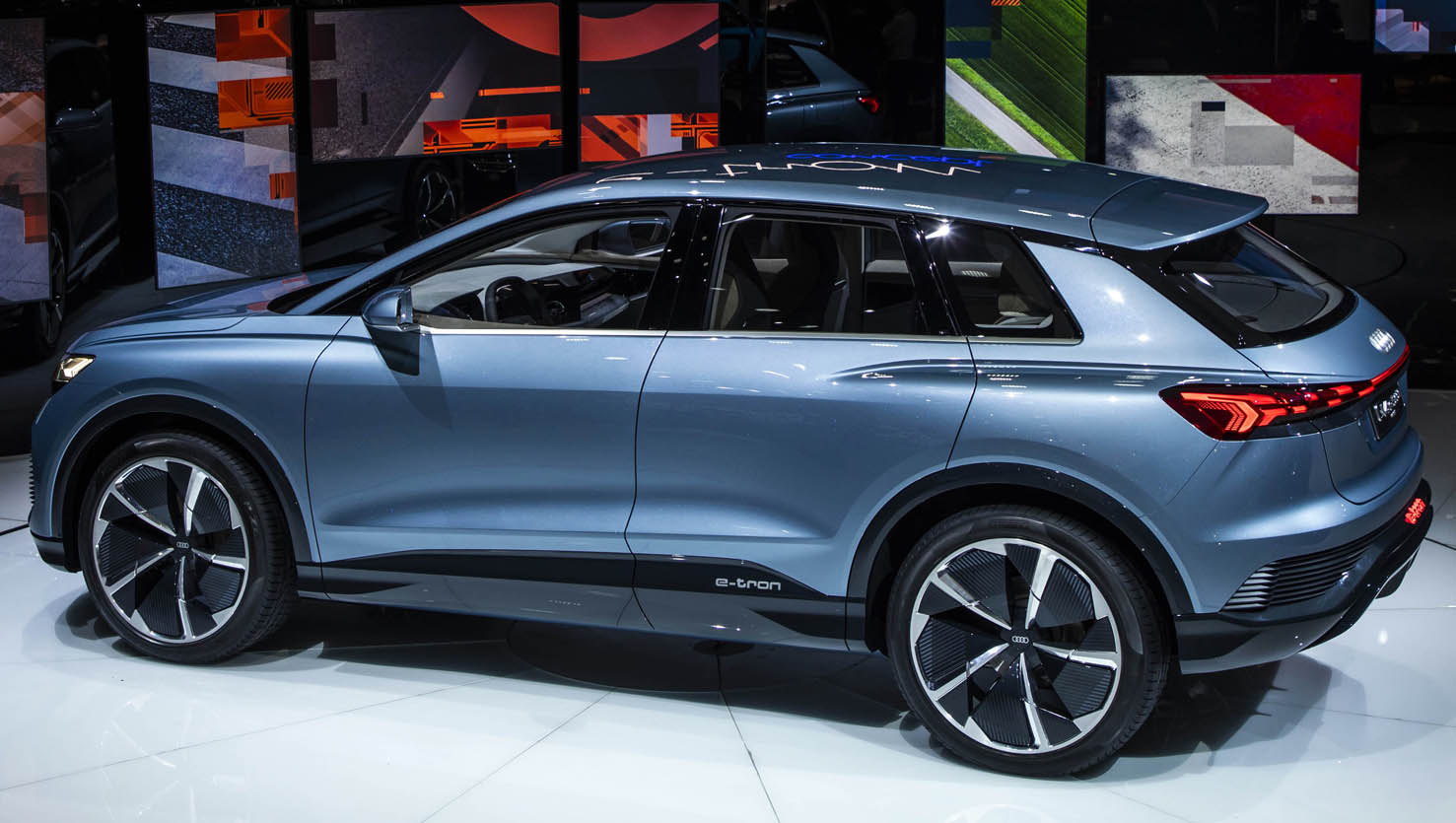 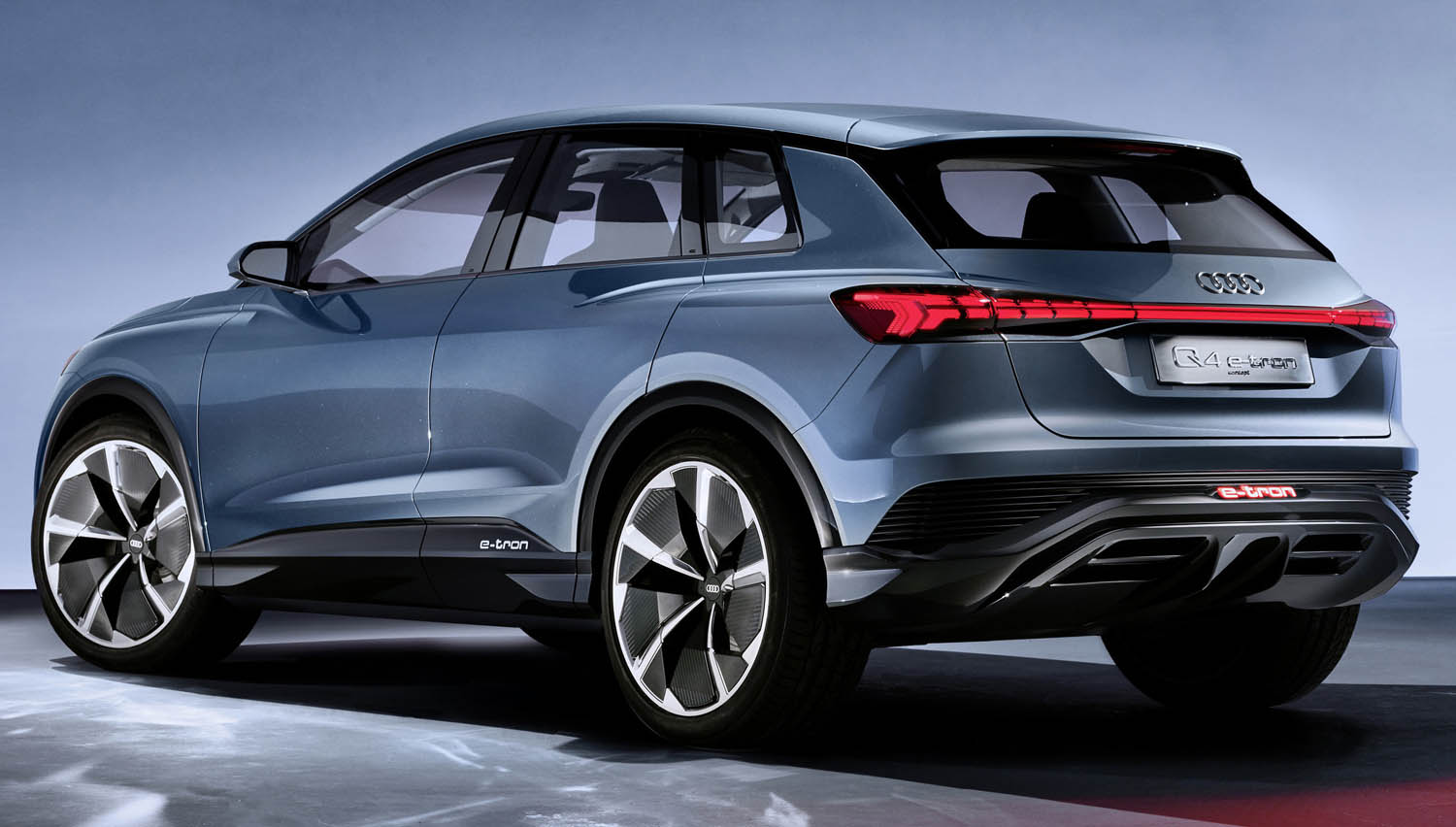 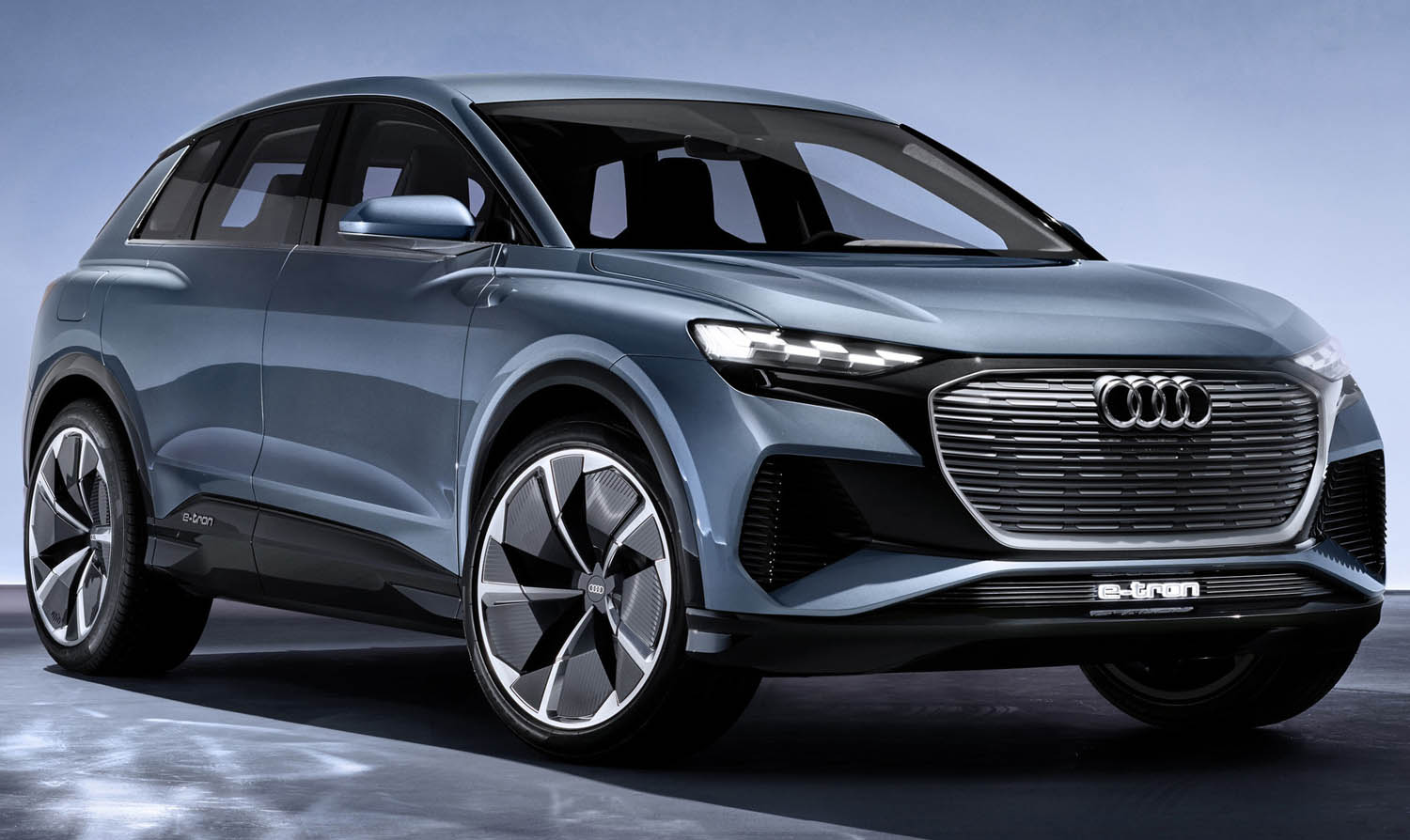 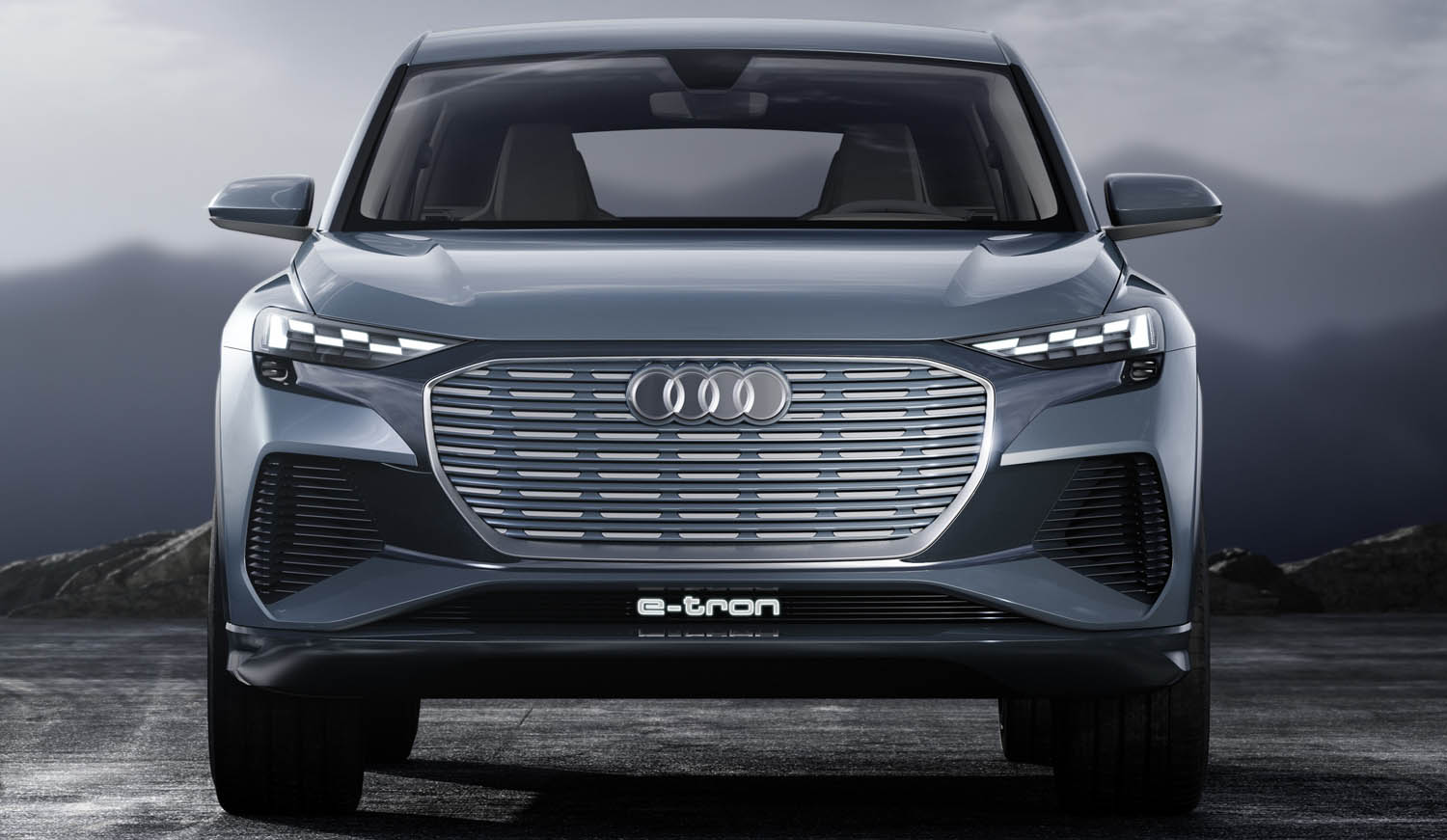 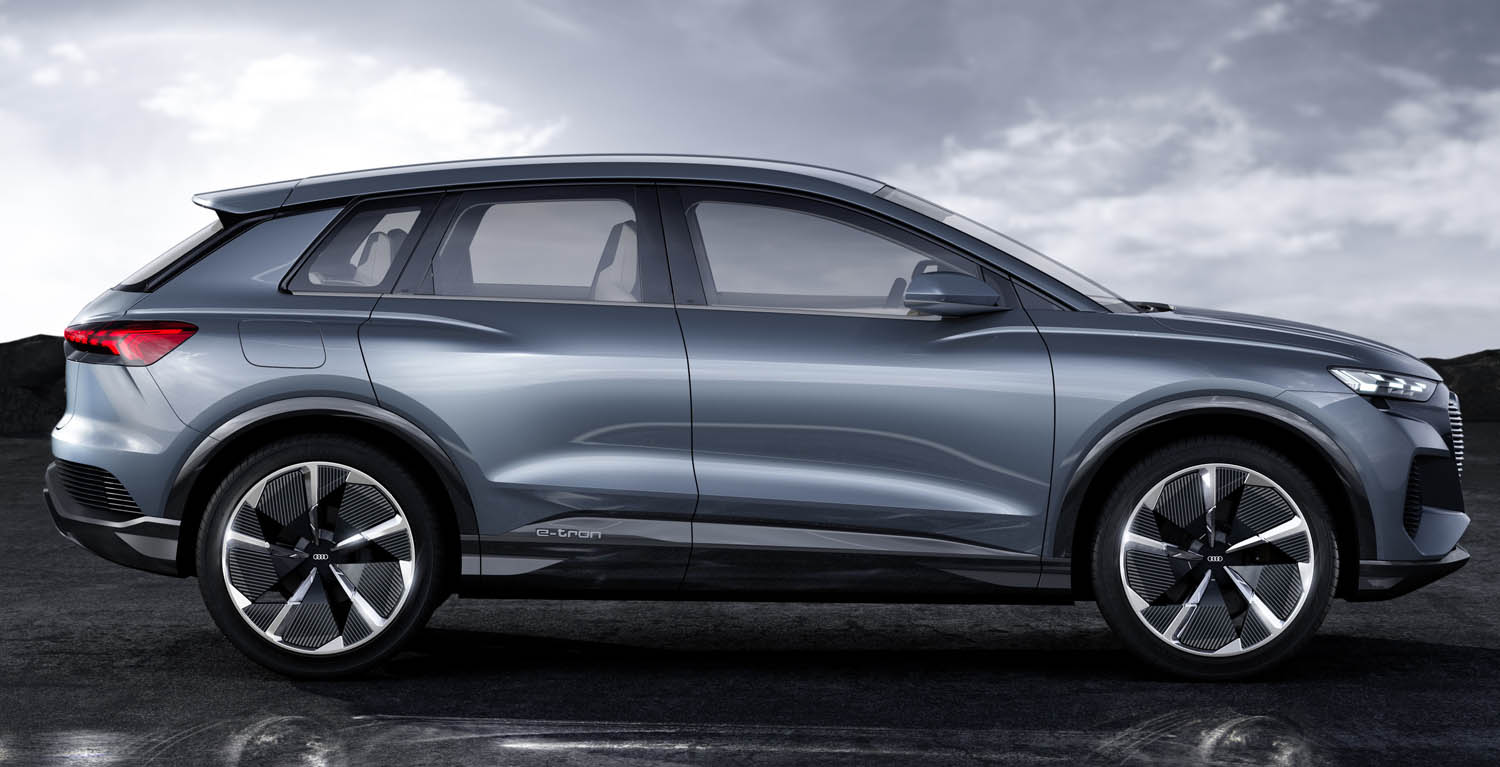 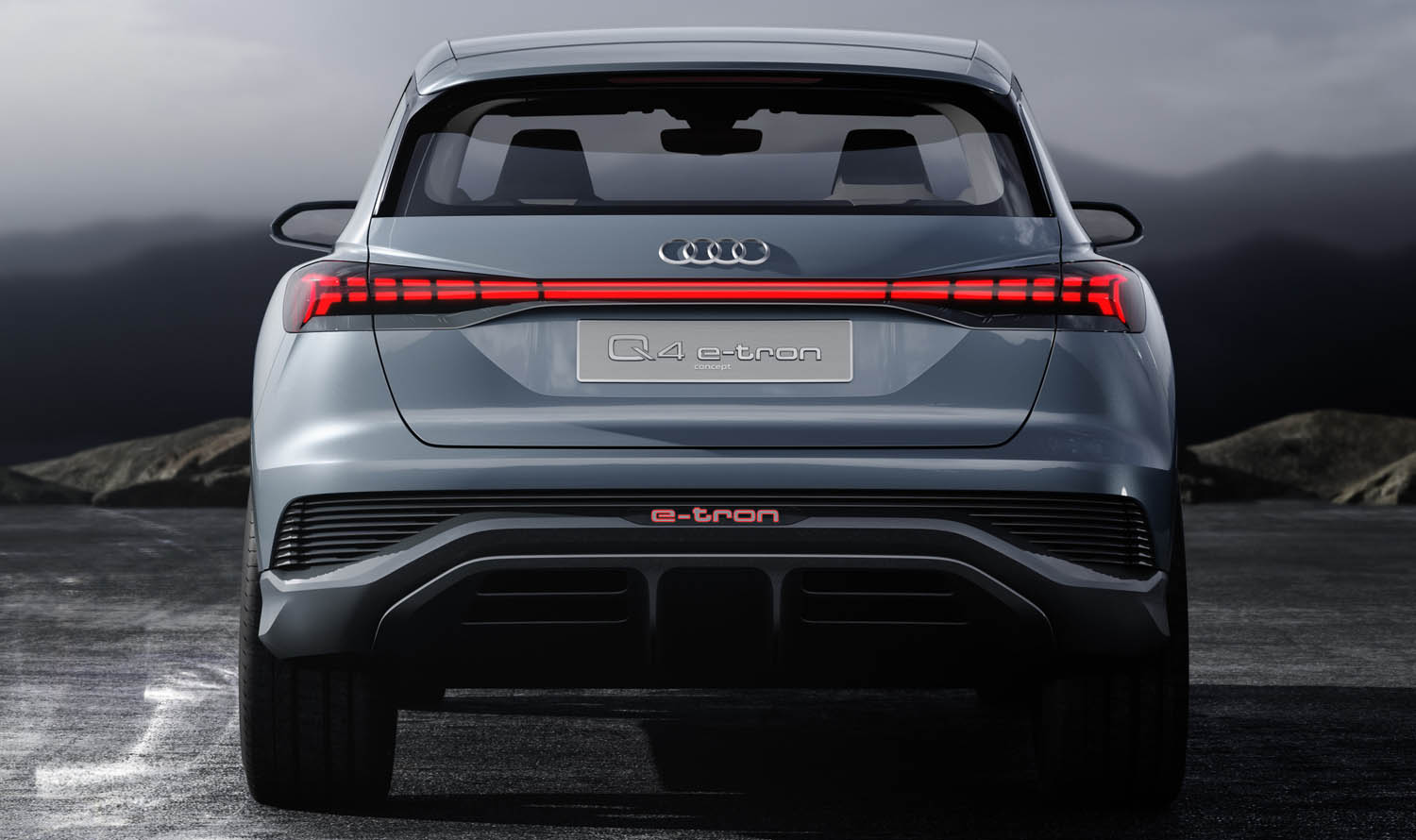 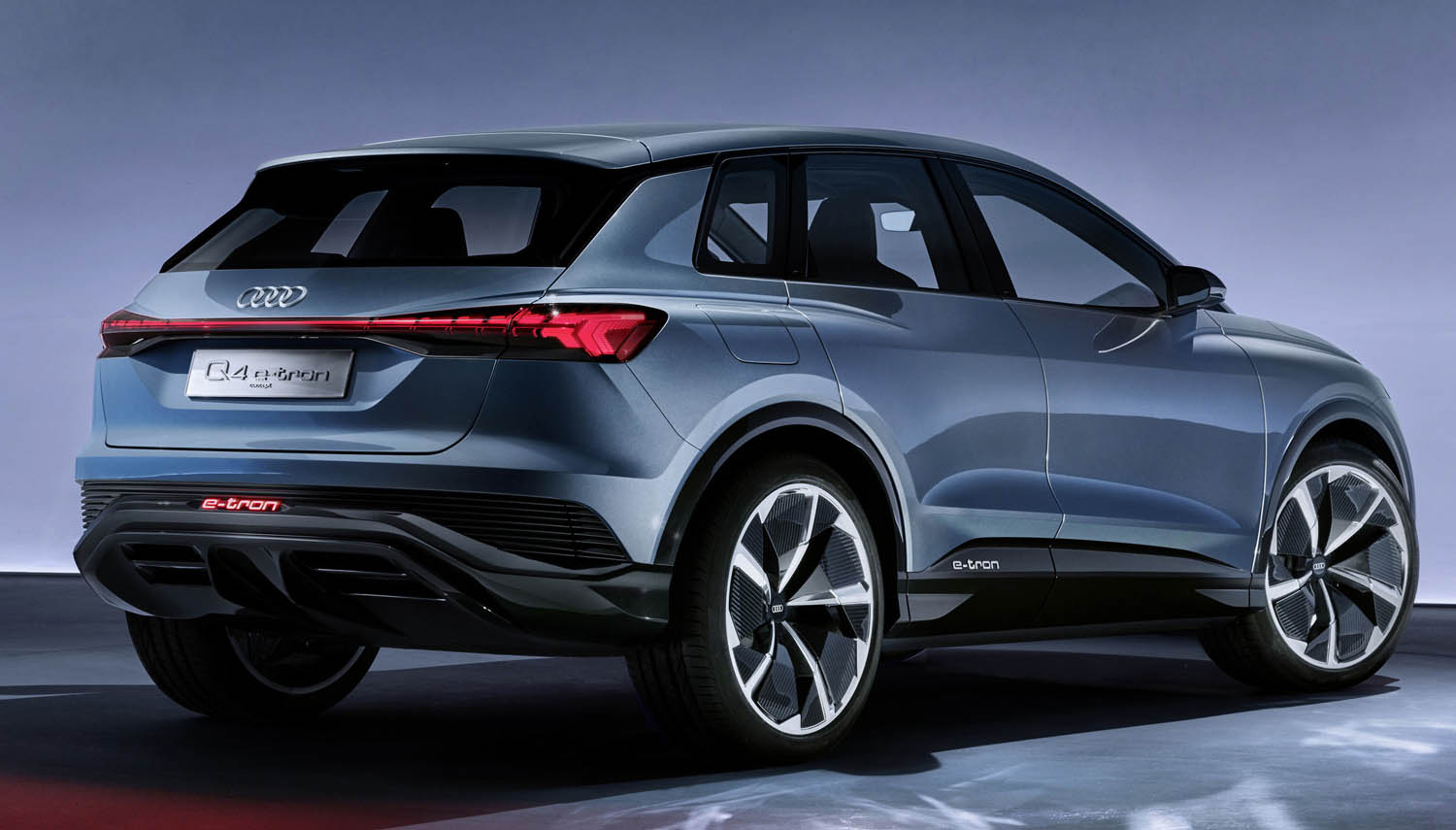 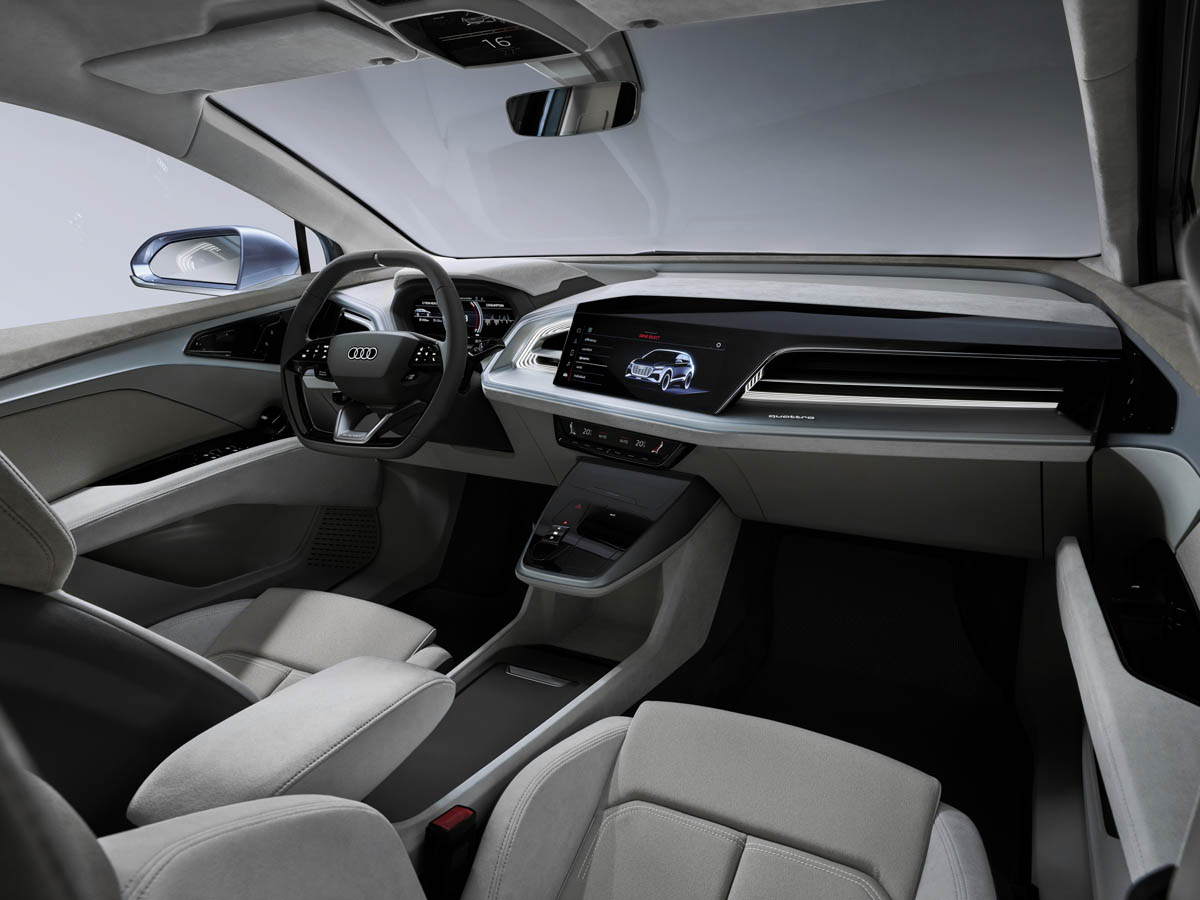 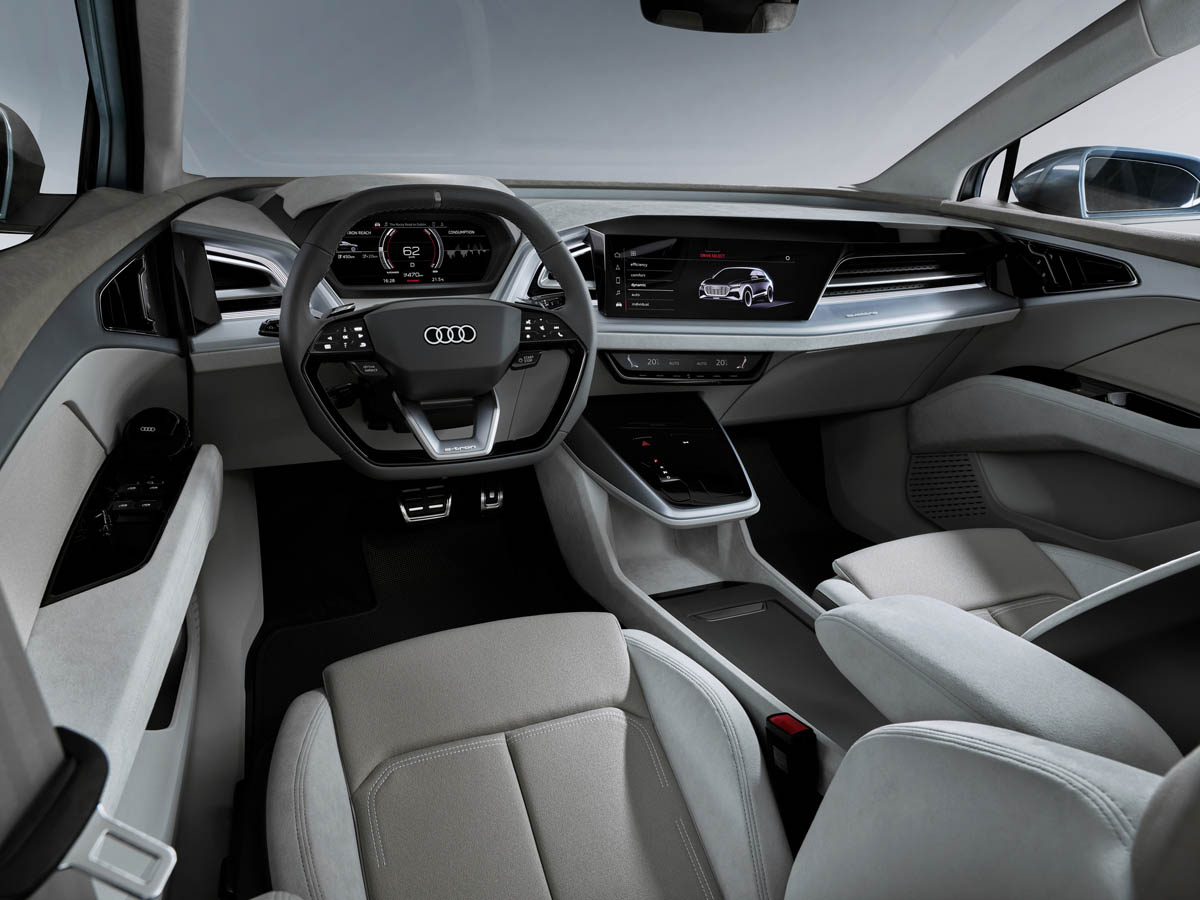 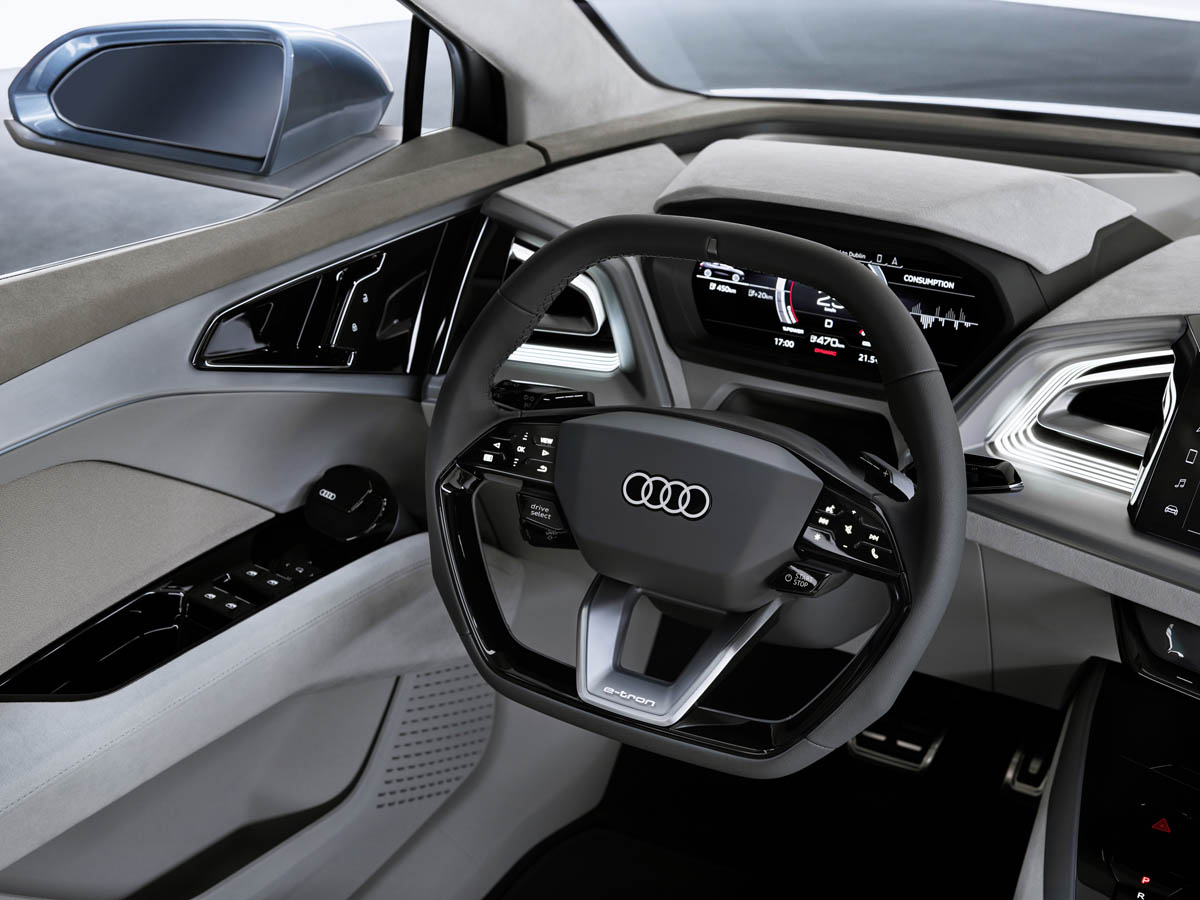 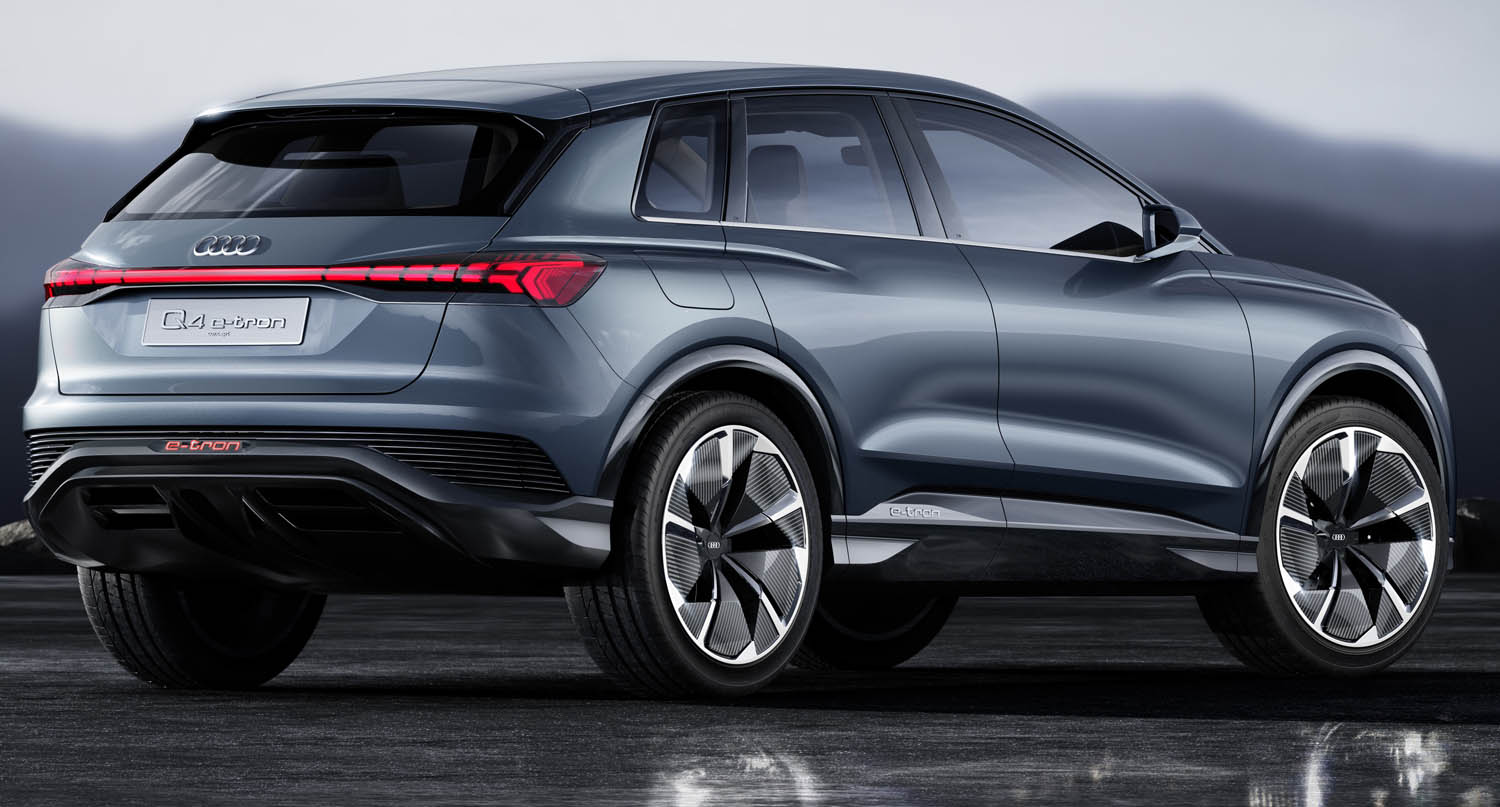