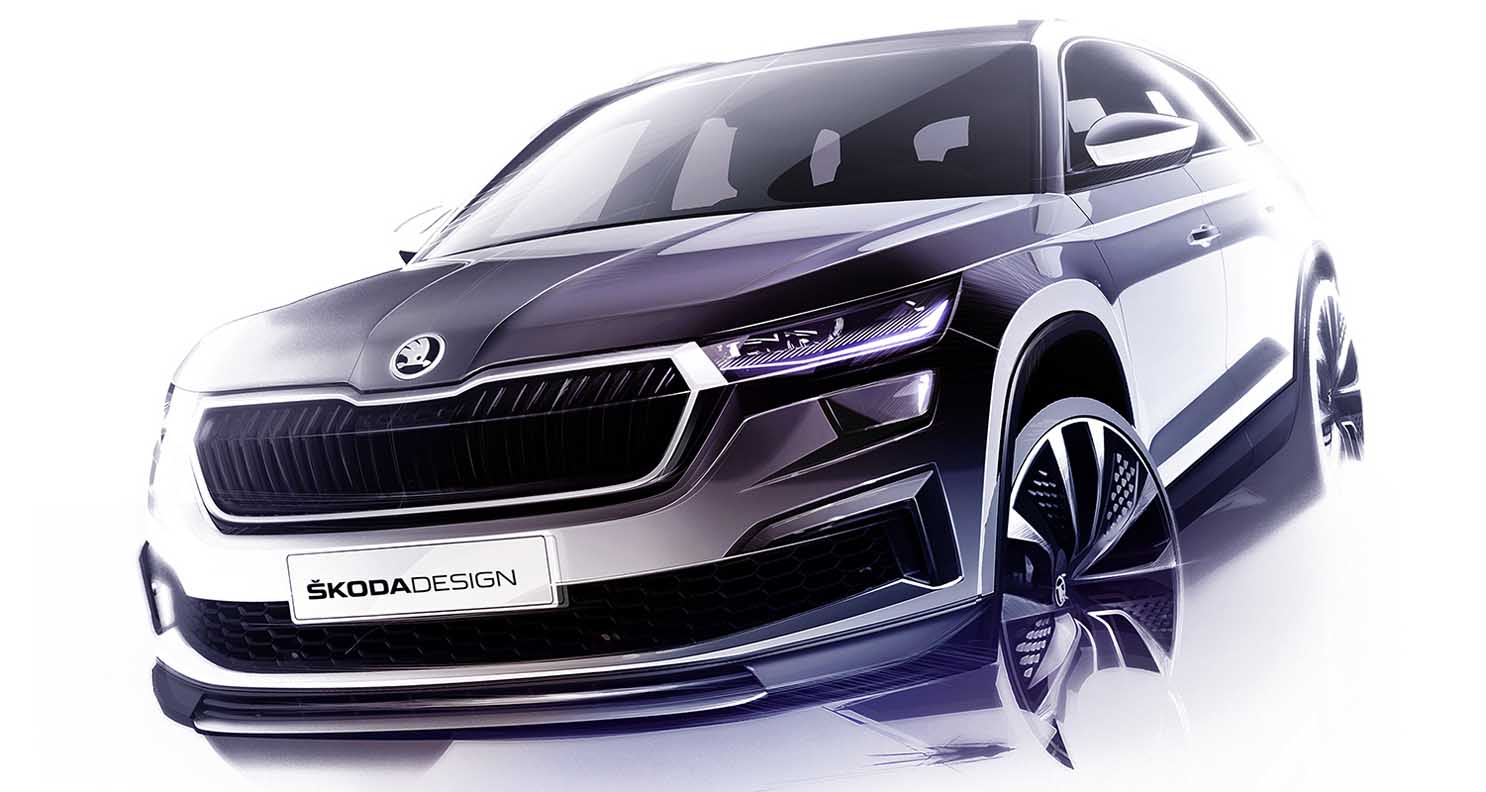 Fine-tuning for the successful model: Three design sketches give a first impression of the revised ŠKODA KODIAQ.

The large SUV, which is also available as a seven-seater, marked the start of brand’s successful SUV campaign in 2016. Now featuring a refreshed look and technological enhancements, the updated KODIAQ will be celebrating its premiere on 13 April.

The first design sketch shows the even more striking front of the revised ŠKODA KODIAQ: In addition to a redesigned bonnet, the look is characterised by a more upright, hexagonal ŠKODA grille featuring impressive double slats.

The headlights, which are slimmer than in the predecessor, combine with the fog lights positioned below to create a new four-eyed face. Another noticeable new feature is the redesigned front apron, with a wider central air intake framed by L-shaped trim elements on either side and an aluminium-look insert.

The second sketch is a close-up of the remodelled front headlights. It clearly depicts the two LED modules arranged one on top of the other, creating a characteristic light signature.

The third sketch shows that the sharply drawn taillights now also have a more slimmed-down look, mirroring their counterparts at the front. They feature the brand’s signature crystalline structures and form a flatter version of the classic ŠKODA C-shape design.

The arrival of the KODIAQ in 2016 marked the start of the current ŠKODA SUV family and the model nomenclature using names starting with a K and ending with a Q.

Available with seven seats on request, over 600,000 units of the SUV have been produced, and it is offered in 60 markets around the world. The world premiere of the upgraded ŠKODA KODIAQ will take place on 13 April. 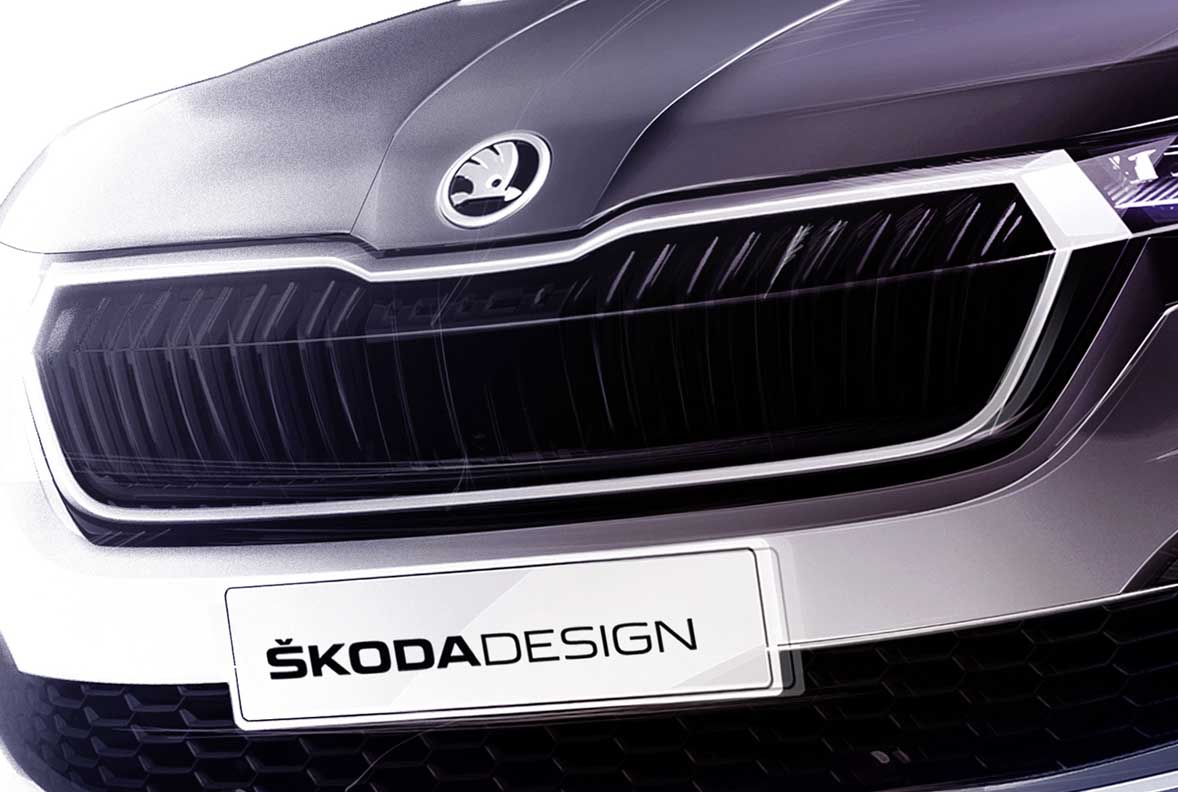 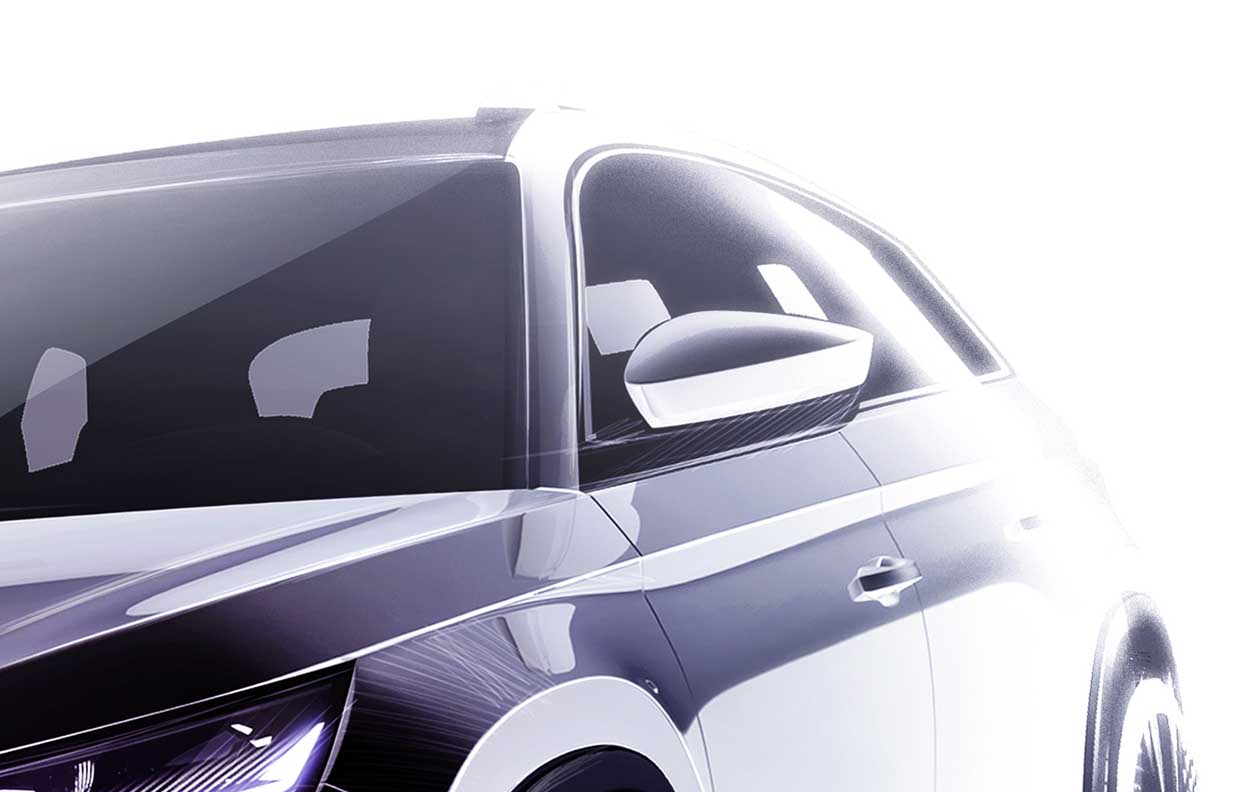