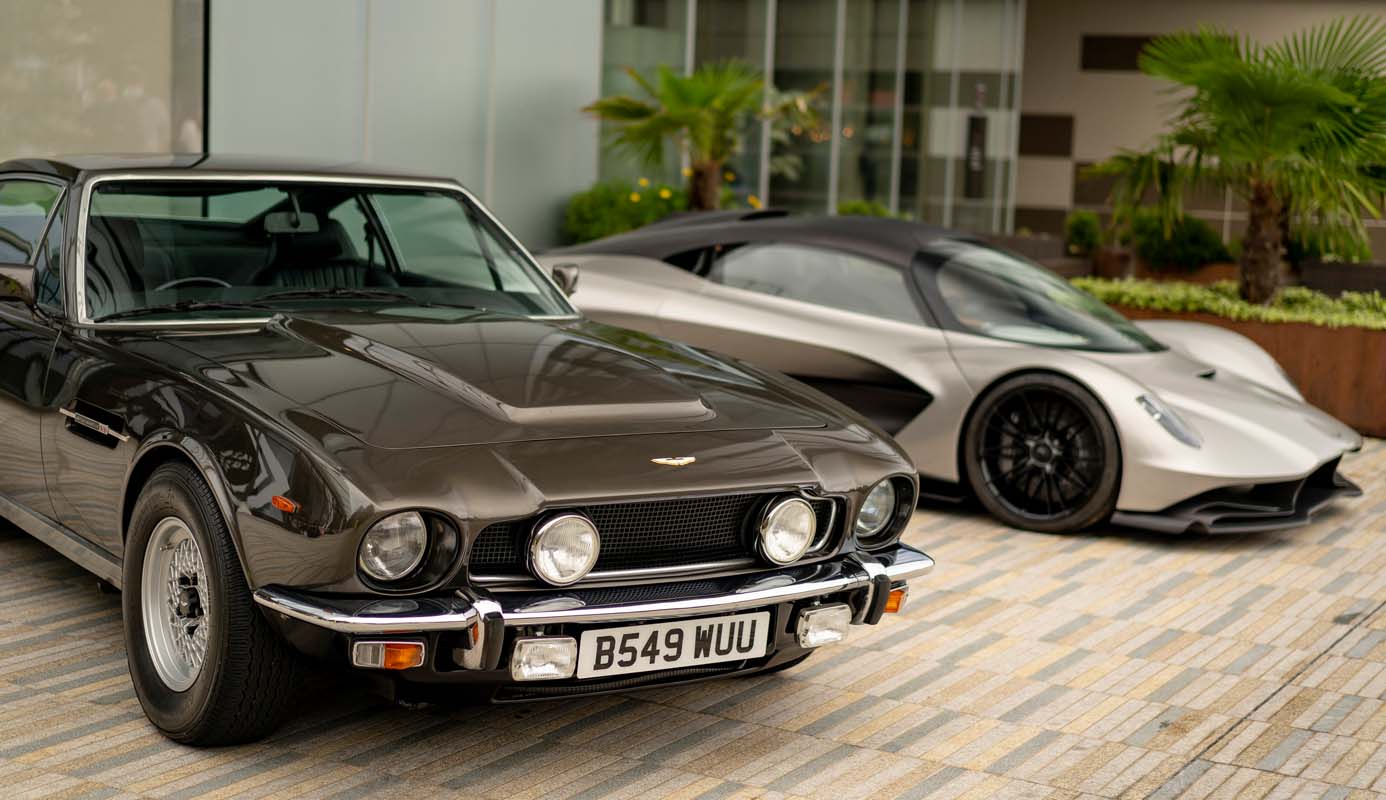 With only a month until the release of the 25th Bond movie, Aston Martin launched its No Time To Die campaign today with an exclusive screening of its No Time To Die TV spot, against the backdrop of London’s Battersea Power Station.

No Time To Die, to be released globally from September 2021, features four iconic Aston Martin models from past, present and future. James Bond’s highly-anticipated return to cinema marks the first time four different models have appeared in a 007 film: the DB5, the classic Aston Martin V8, the brand’s super GT – DBS and the exceptional Aston Martin Valhalla – the forthcoming mid-engined hypercar.

Just 25 DB5 Goldfinger Continuation cars are being produced, more than 55 years after the last new DB5 rolled off the line at Aston Martin’s then global manufacturing base in Newport Pagnell, Buckinghamshire. All new cars are authentic reproductions of the DB5 seen on screen, available in one exterior colour specification – Silver Birch (just like the original) – with only some sympathetic modifications and enhancements to ensure the highest levels of quality and reliability.

Corgi is the original home of diecast scale modelling. What were once simply toys are now highly sought after in the expanding collectables market and the most famous Corgi release of all time is indisputably James Bond’s Aston Martin DB5, first released in 1965. Replicating the action features of the vehicle seen on-screen in Goldfinger, it was an instant success earning the UK ‘Toy of the Year’ and ‘Best Boys Toy’ titles at the National Association of Toy Retailers Awards in the same year. Priced originally at around 10/- (50p), the model has proven so popular over the years it has had to be retooled numerous times, allowing it to sell over 20 million units worldwide. It is still being produced to this day.

The grand unveil was carried out by Marek Reichman, EVP & Chief Creative Officer, Aston Martin Lagonda. Reichman was joined by Chris Corbould OBE, Special Effects Co-Ordinator, who is not only responsible for some of the most iconic James Bond action scenes from the past 14 films but was also heavily involved in the engineering of the eight DB5 stunt replicas produced for the movie and the working gadgets on the DB5 Goldfinger Continuation cars.

Marek Reichman said “We are really honored to be marking the start of the No Time To Die campaign today with this exciting unveil. Aston Martin’s relationship with James Bond spans decades and the DB5 is, without question, the most famous car in the world by virtue of its 50-plus year association. Working with EON Productions and Chris Corbould to build 25 of the DB5 Goldfinger Continuations was a truly unique project for everyone involved at Aston Martin. Now, to work with Corgi – another quintessential British brand – and to see James Bond’s most cherished car sitting inside a to-scale toy box in central London is quite outstanding”.

Chris Corbould said, “Having worked closely with Aston Martin over the years to bring to life some of the most ambitious Bond scenes, and most recently on No Time To Die I can genuinely say it is a privilege to be here today to help unveil this incredible display for such an iconic car that truly holds a special place in Bond history”.

The full-size replica Corgi DB5 box will be on display at Battersea Power Station for the general public to see until 1 October 2021. 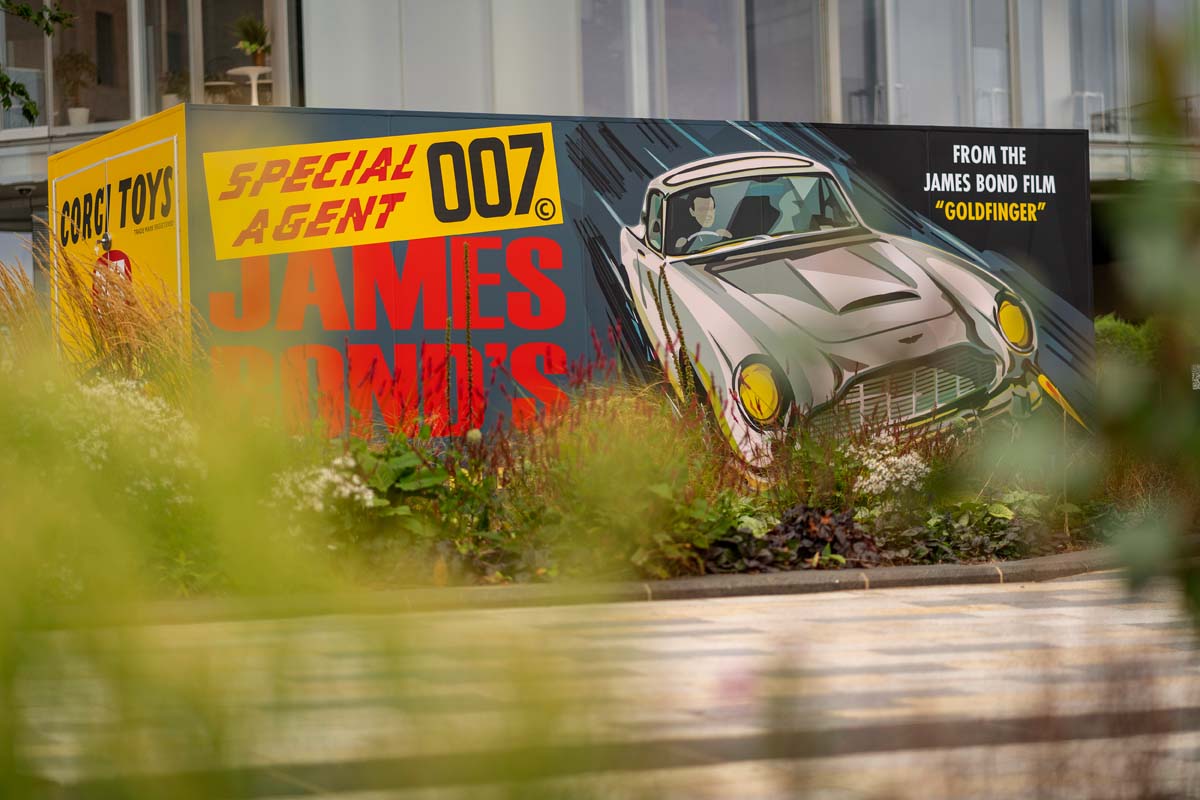 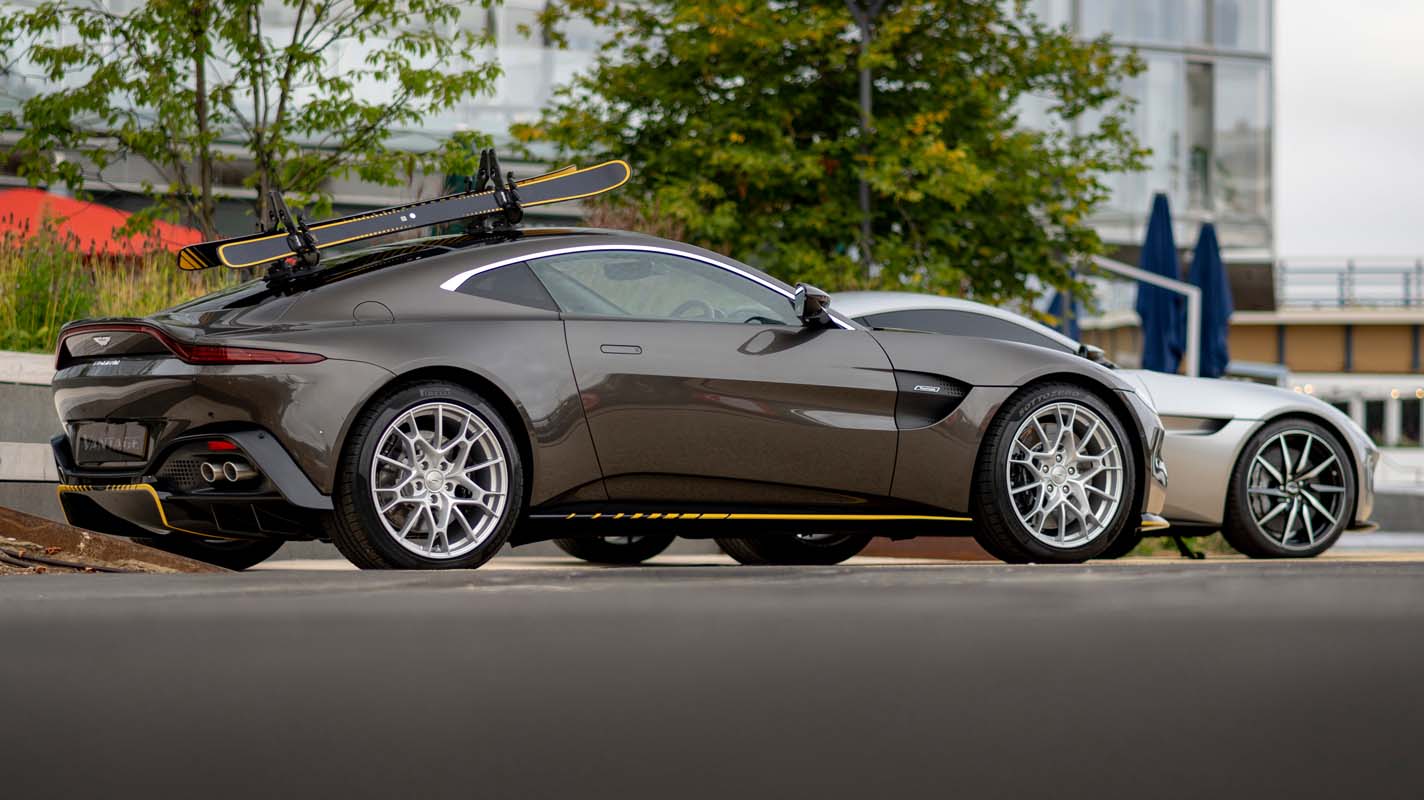 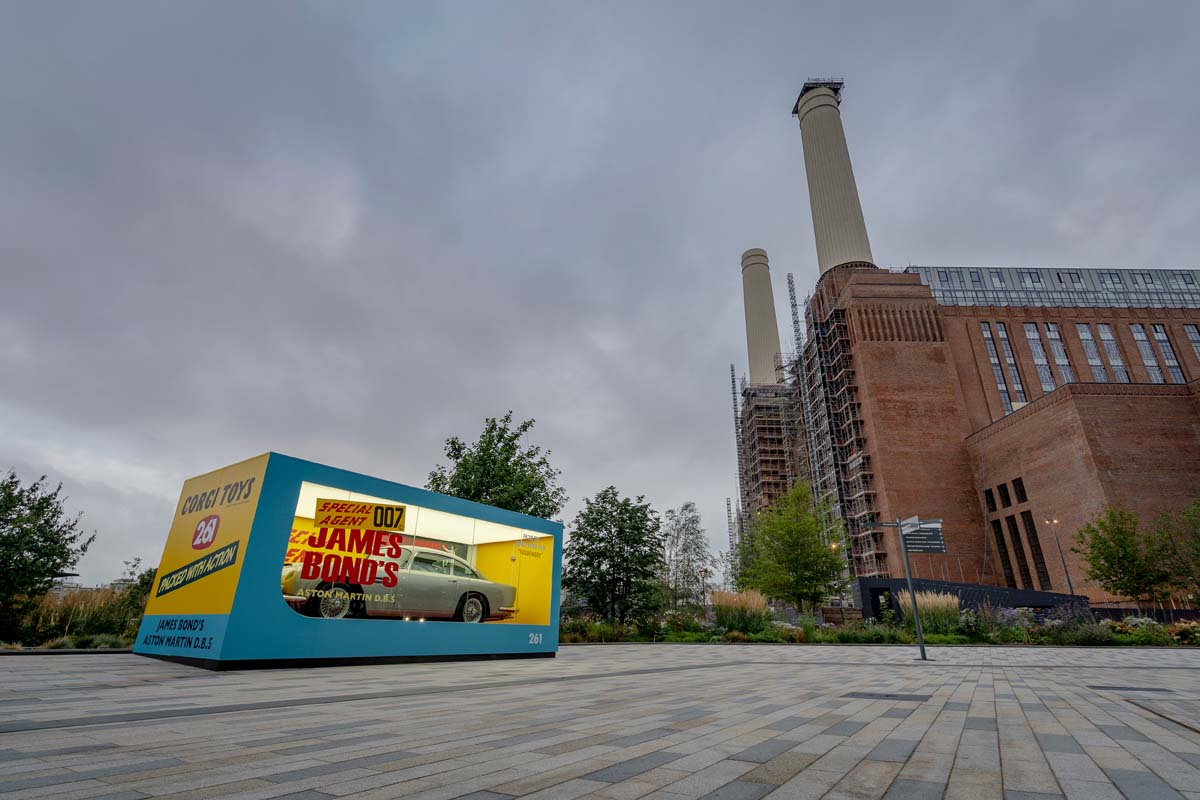 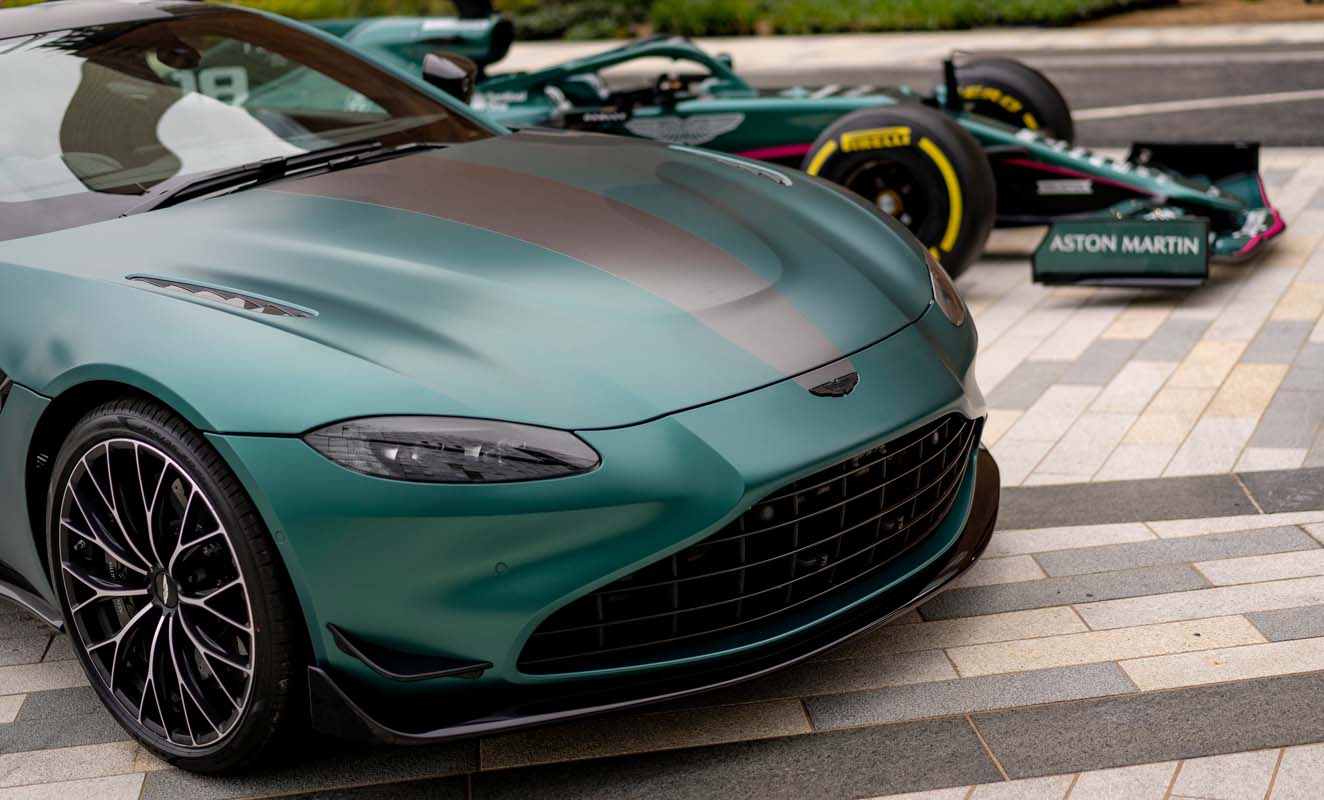 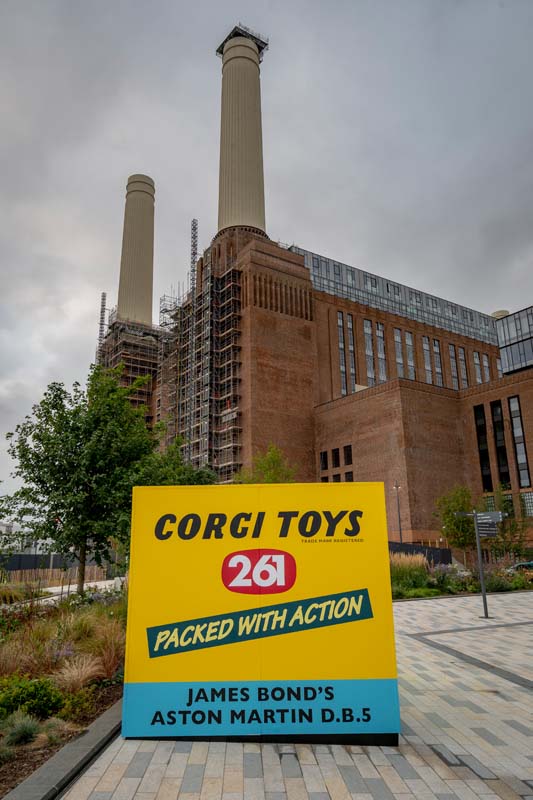 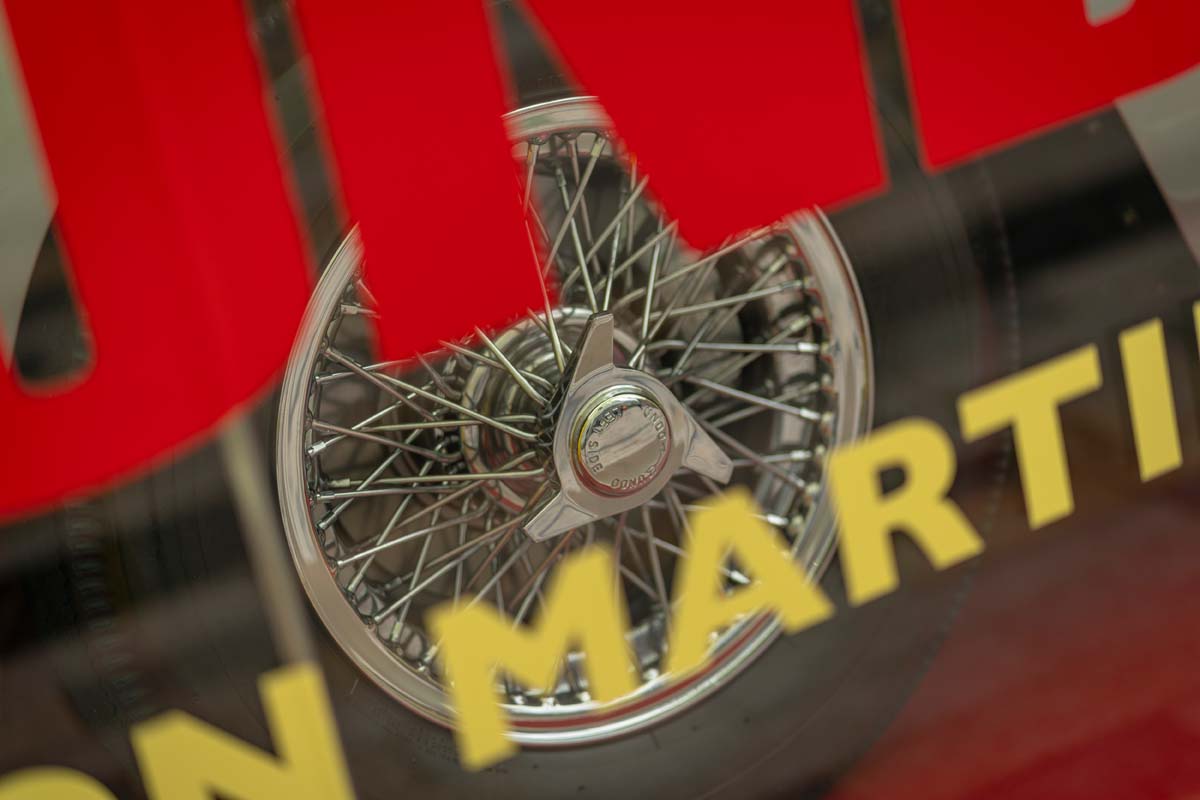 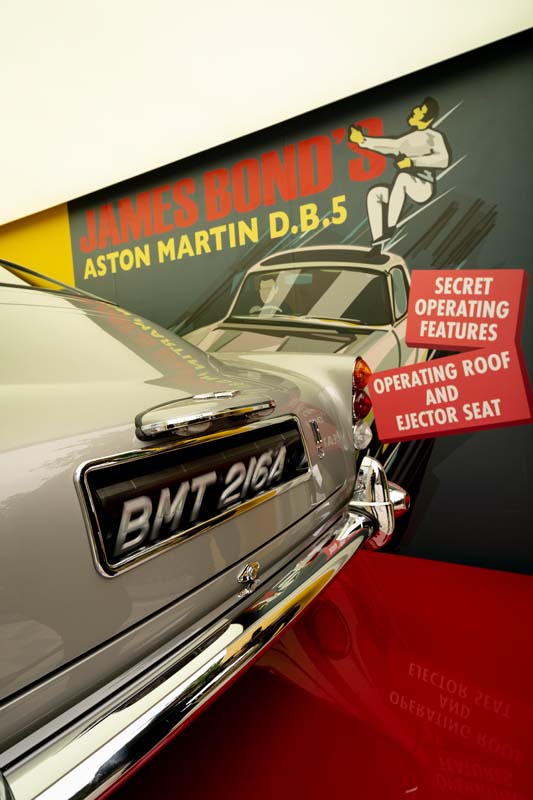 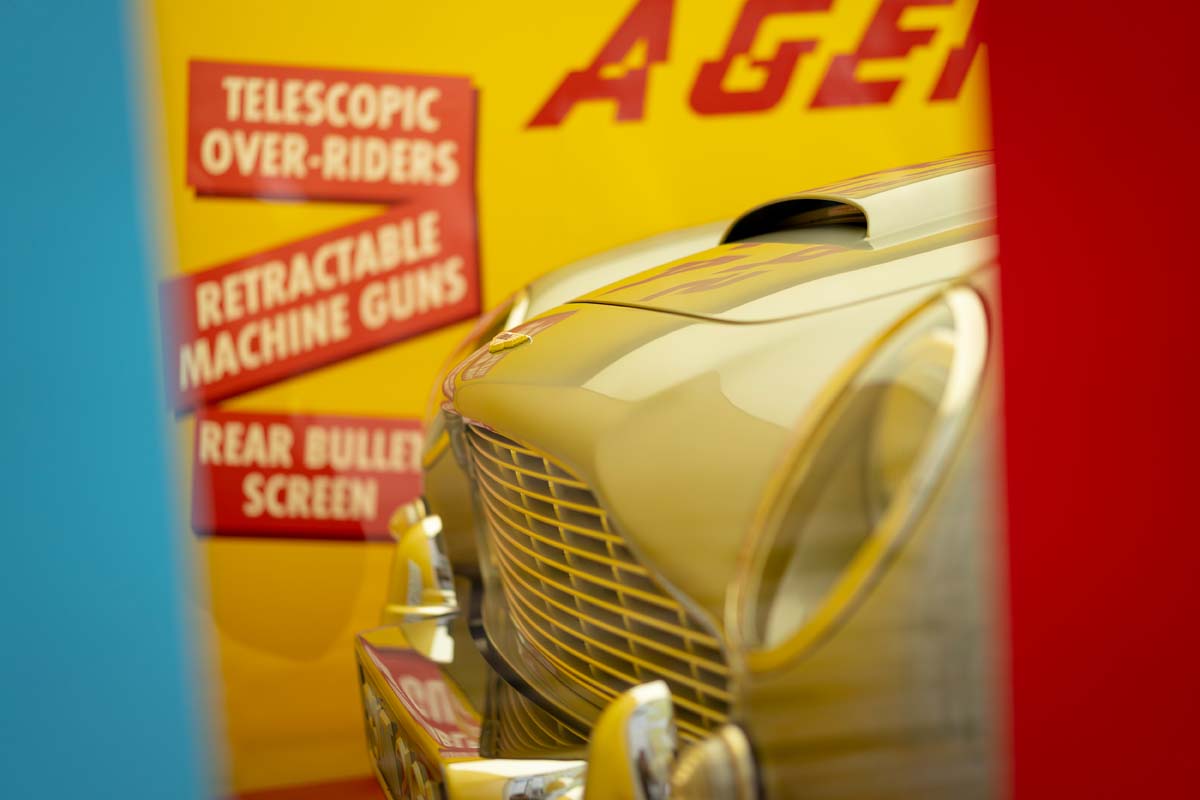 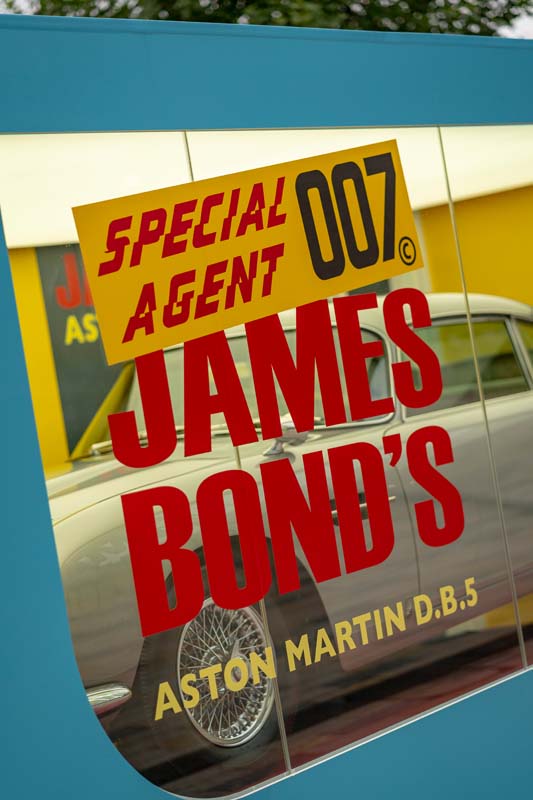 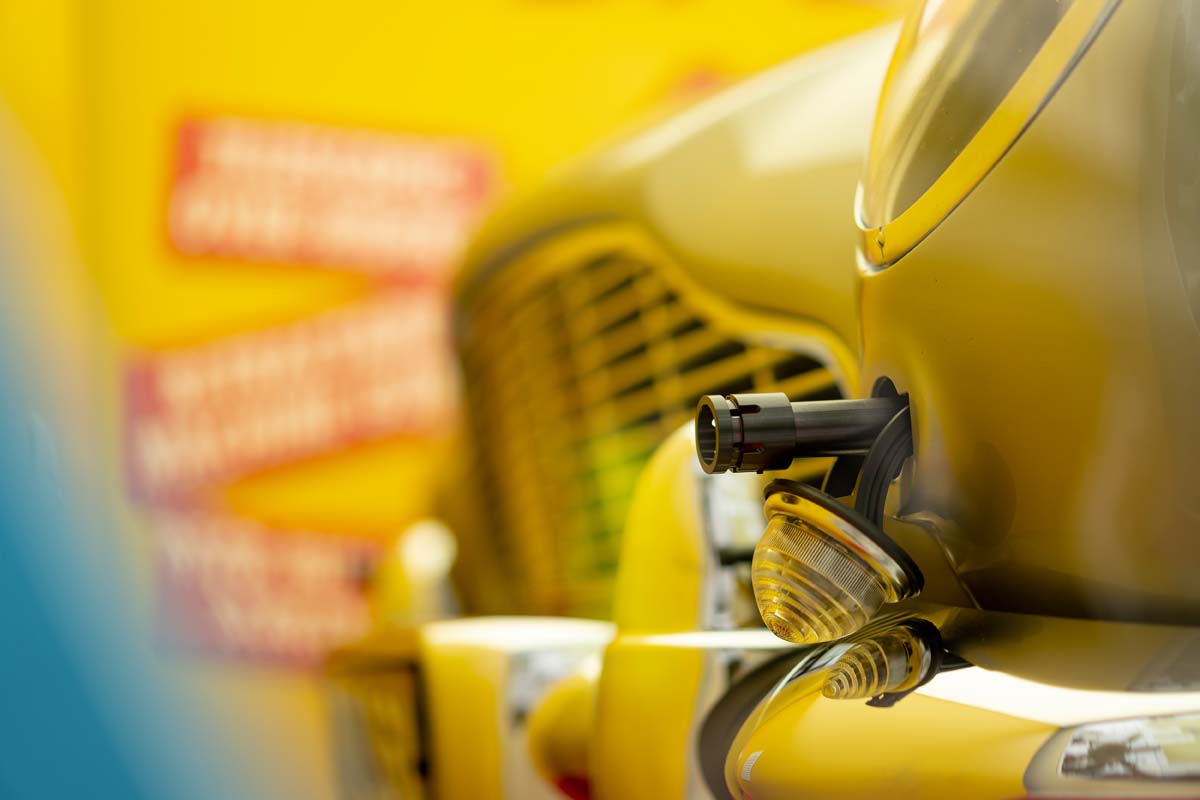 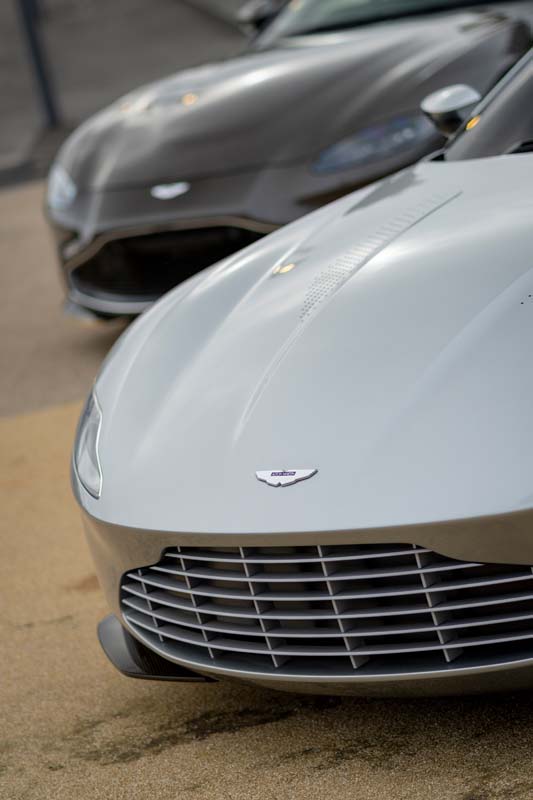 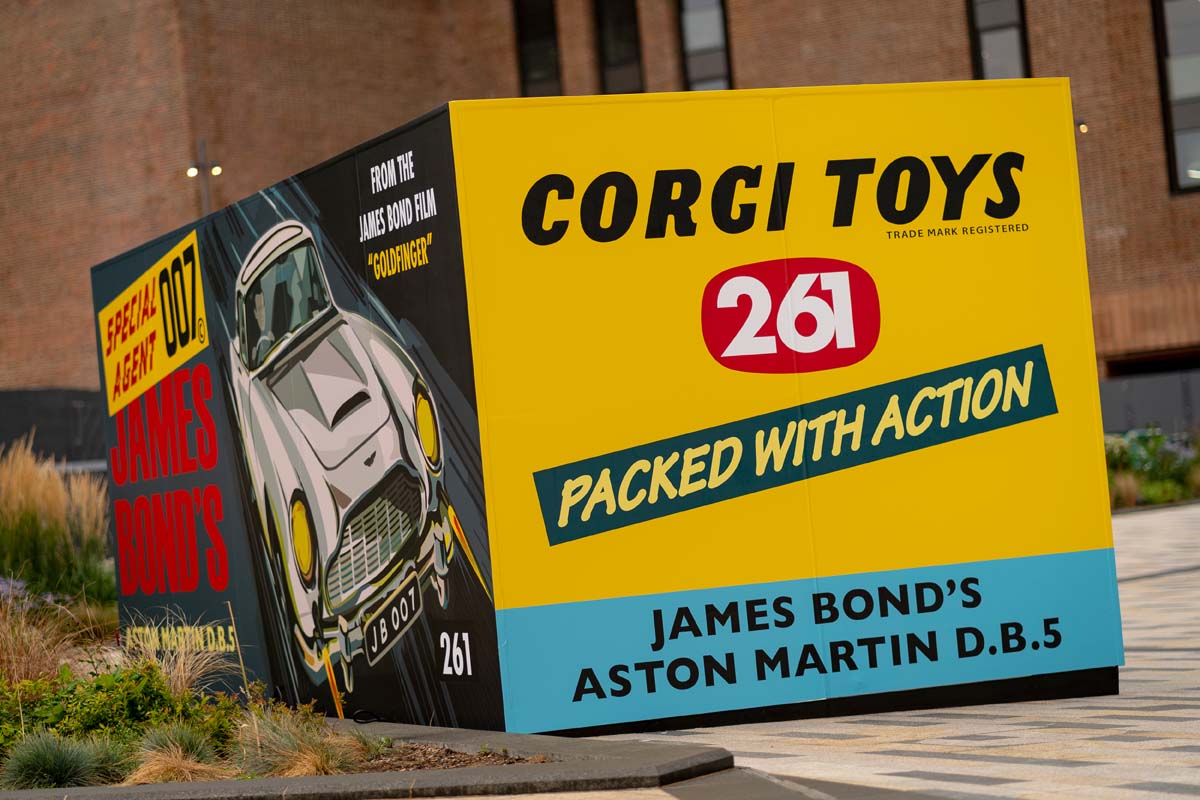 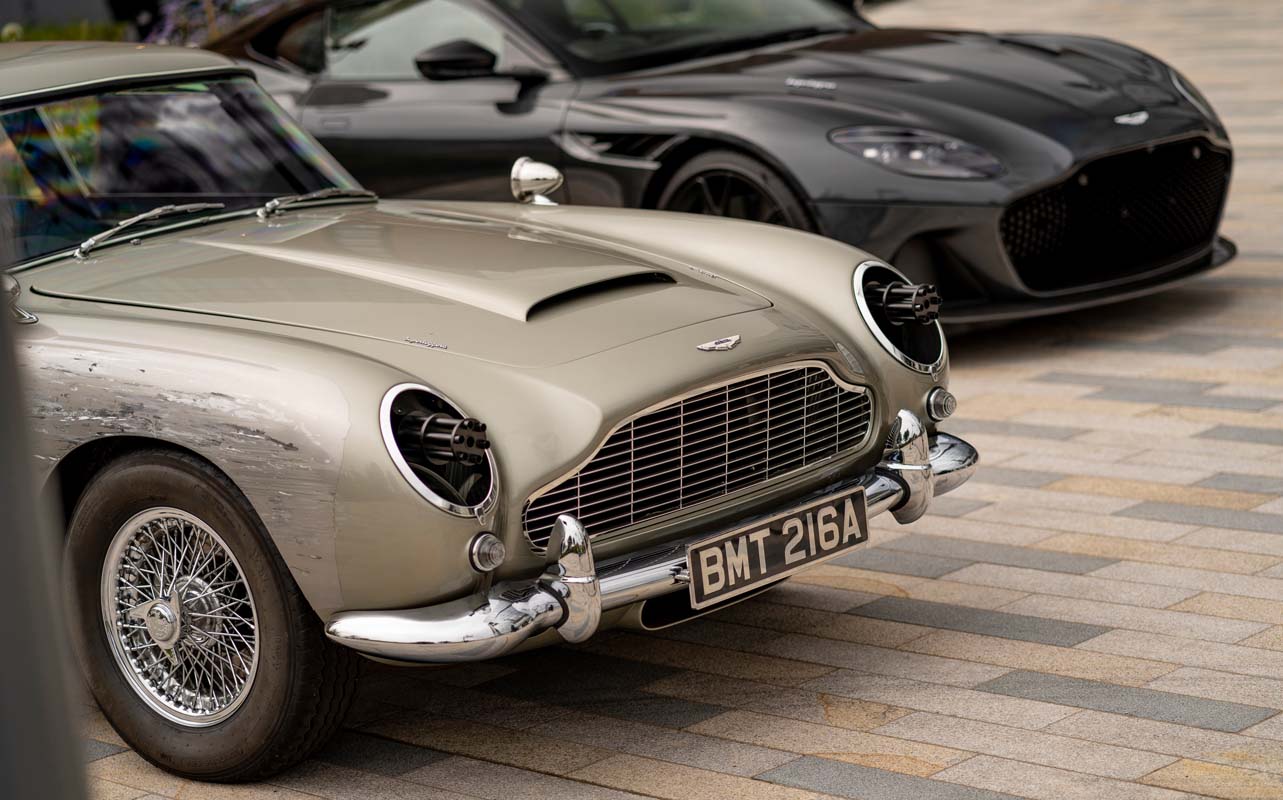 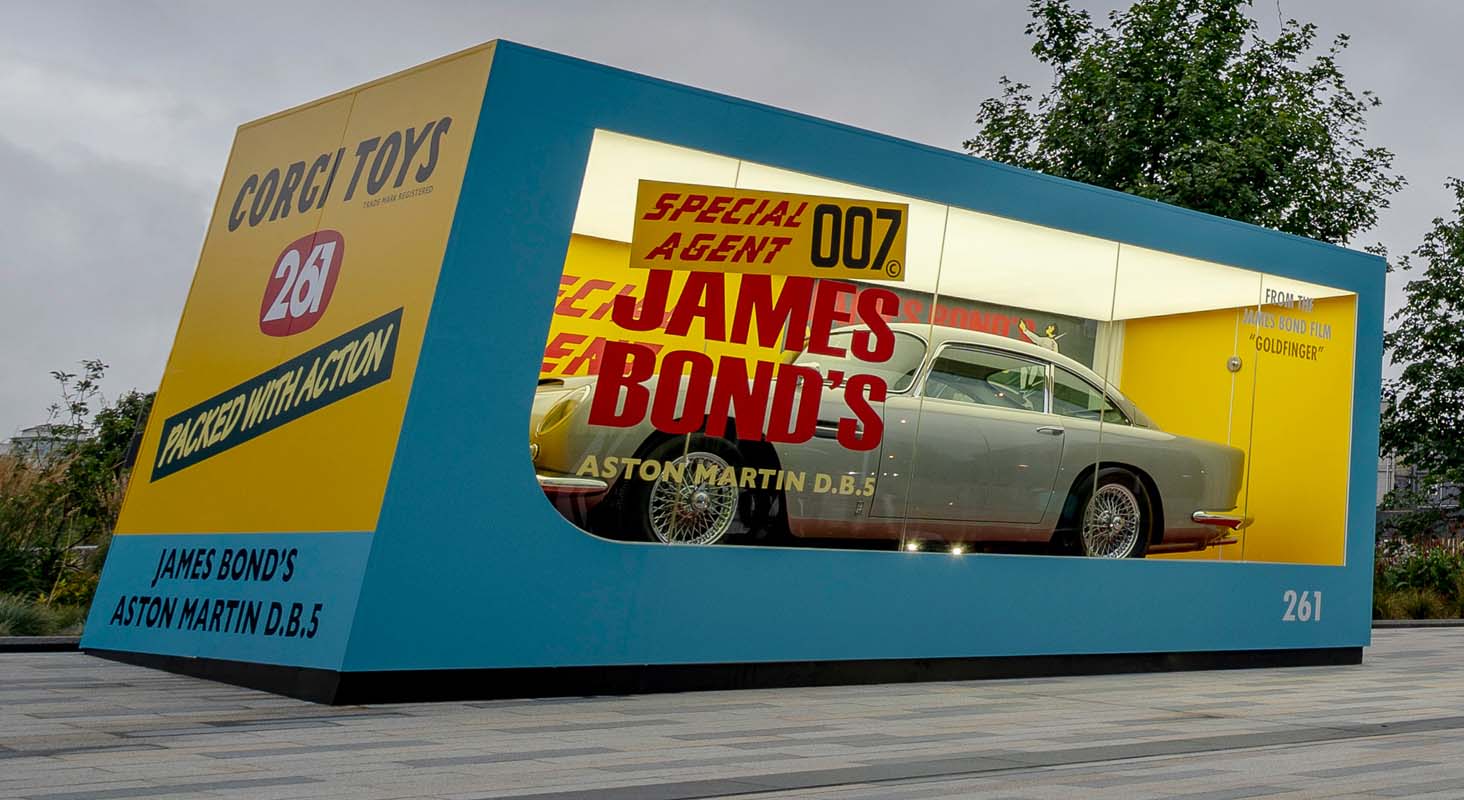 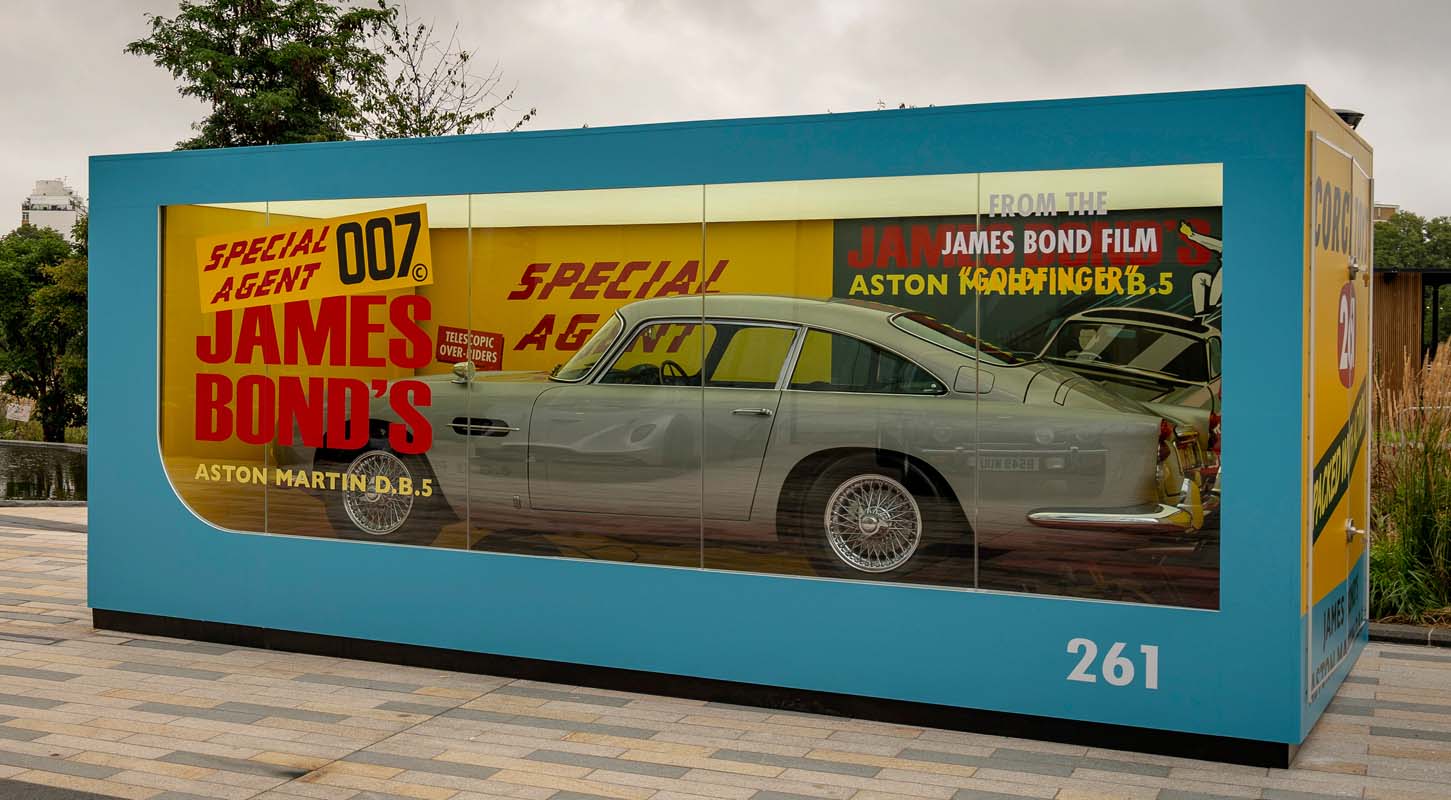 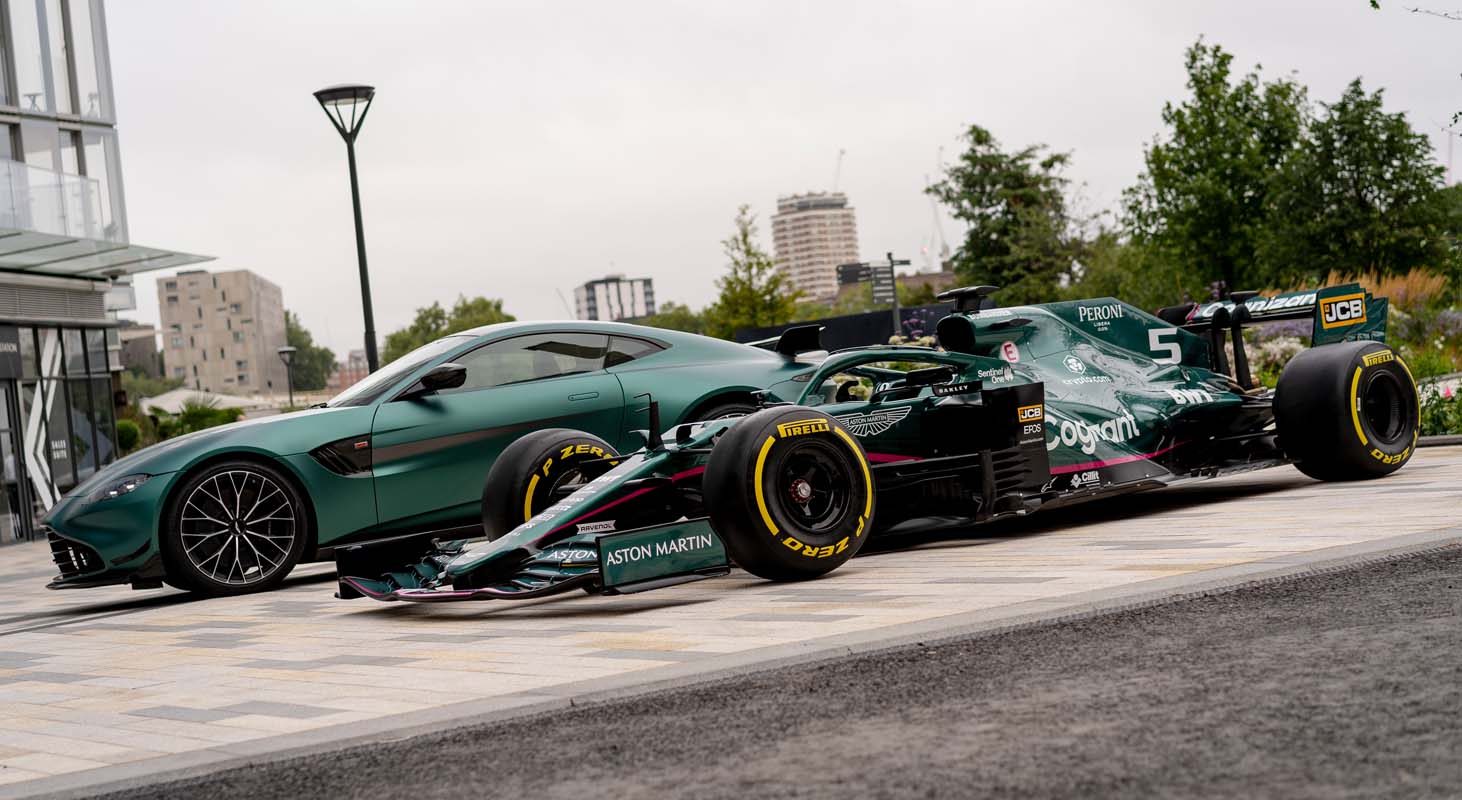 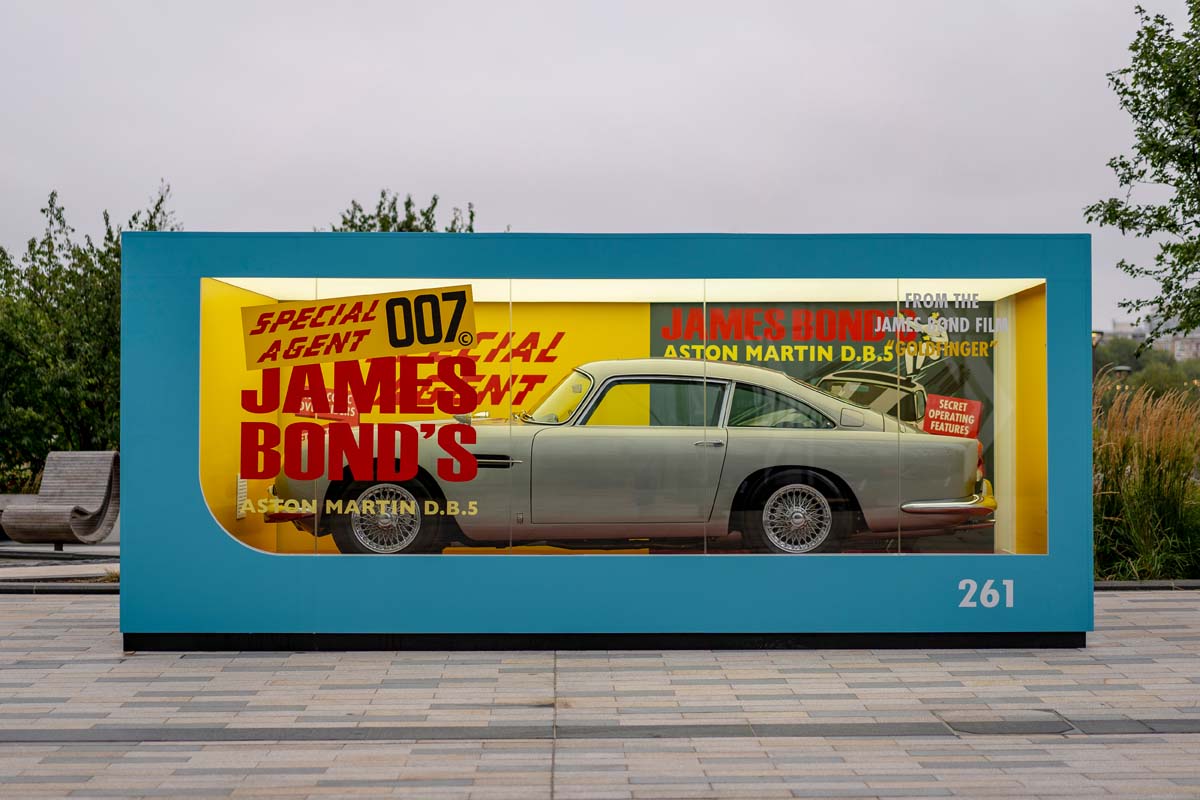