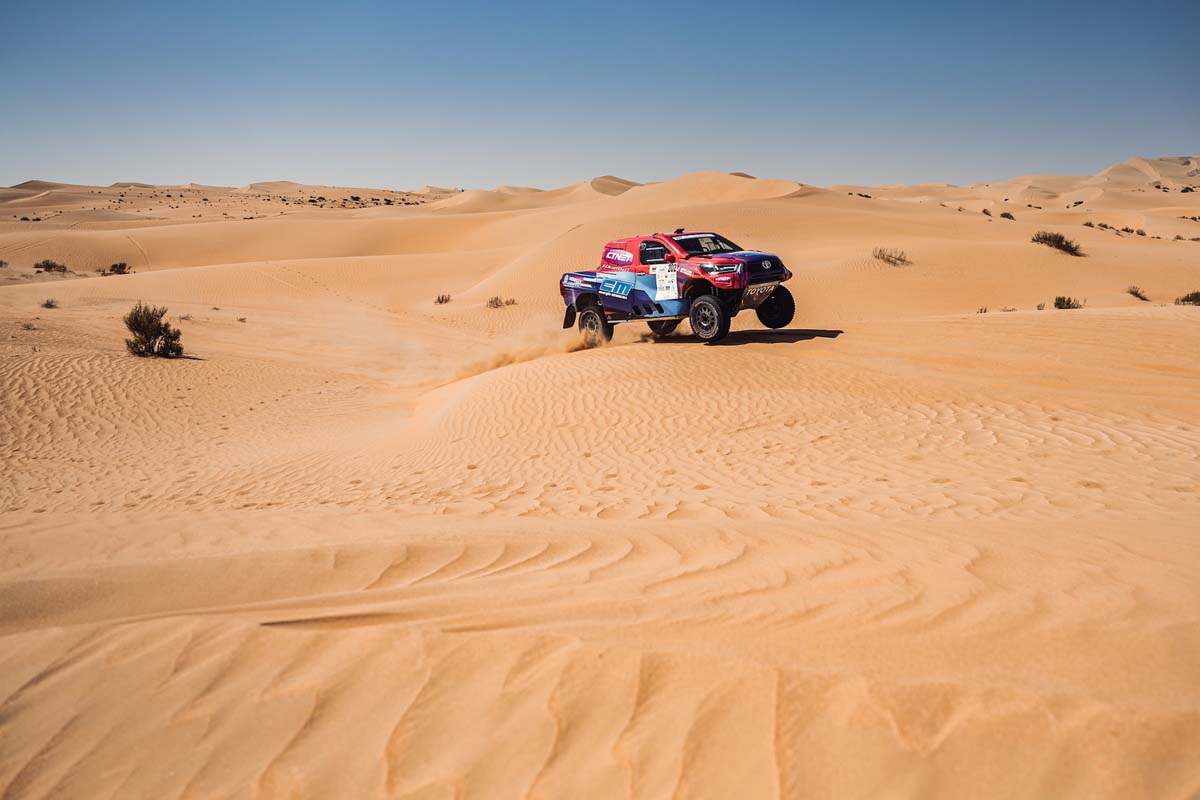 Qatar’s Nasser Saleh Al-Attiyah and Argentina’s Lucio Alvarez both drive V8-engined Toyota Hiluxes, built in conjunction with Toyota Gazoo Racing and Overdrive Racing, and they will go head-to-head to decide the outcome of the 2021 FIA World Cup Drivers’ Championship.

To win his first FIA World Cup title, Alvarez needs to overturn a 28-point deficit. The Argentine will need to win the rally outright and score at least three additional bonus points for daily stage performances and, even then, the outcome will depend on whether Al-Attiyah finishes lower than eighth overall and fails to secure a single bonus point.

Al-Attiyah said: “I won in Hail back in 2008 and 2011 and with Matthieu (Baumel), my current co-driver, we won the first of the Bajas last December. We will do our best to take the win again and seal the championship. We have a good car. The rally is also very useful experience for us before the Dakar Rally in January.”

It’s a big ask for Alvarez, but the battle has at least confirmed that Overdrive Toyotas should fill the top two places in the points’ standings unless Russia’s Denis Krotov can seal a top four result and Alvarez fails to finish. Krotov drives an X-Raid Mini and starts the rally four points adrift of local hero Yazeed Al-Rajhi. The Saudi knows that a top finish could also see him overhaul Alvarez and snatch second place in the series.

Hoping to upset the applecart and challenge for honours in their own right are the Orlen Team’s Jakub Przygonski and Argentina’s Sebastien Halpern in their X-raid Minis and Czech driver Miroslav Zapletal in a Ford F-150. Former Spanish enduro rider Laia Sanz also joins the German X-raid team to drive a Mini John Cooper Works Rally in readiness for the Dakar challenge that awaits.

With the FIA T3 and T4 Championships already settled in favour of Spain’s Cristina Gutierrez and America’s Austin Jones, pride and pre-Dakar experience are at stake in both the hotly-contested categories.

“This is a great opportunity for me to test for Dakar,” said Al-Obaidan. “This is my third race after Sharqiya and Aragón in Spain. It’s the first time that Jacopo (Cerutti), my co-driver, and I participate together. I’ve been here a couple of times but never in an official race. There are three Saudi females, including myself. The sport is really booming here. I believe there is a really bright future in the Kingdom for everyone.”

There is also a National Rally running behind the main FIA rally, a separate event for motorcycles and quads, a truck category and dispensation for several 2022 specification machines to compete with teams carrying out pre-Dakar testing.

Tomorrow (Wednesday), competitors tackle the first of four selective sections through the Al-Nafud desert. The competitive stage starts 82.59km from Rally HQ, includes a passage control and refuelling point after 173km and runs for 258.14km. A liaison of 47.31km guides competitors back to the bivouac. 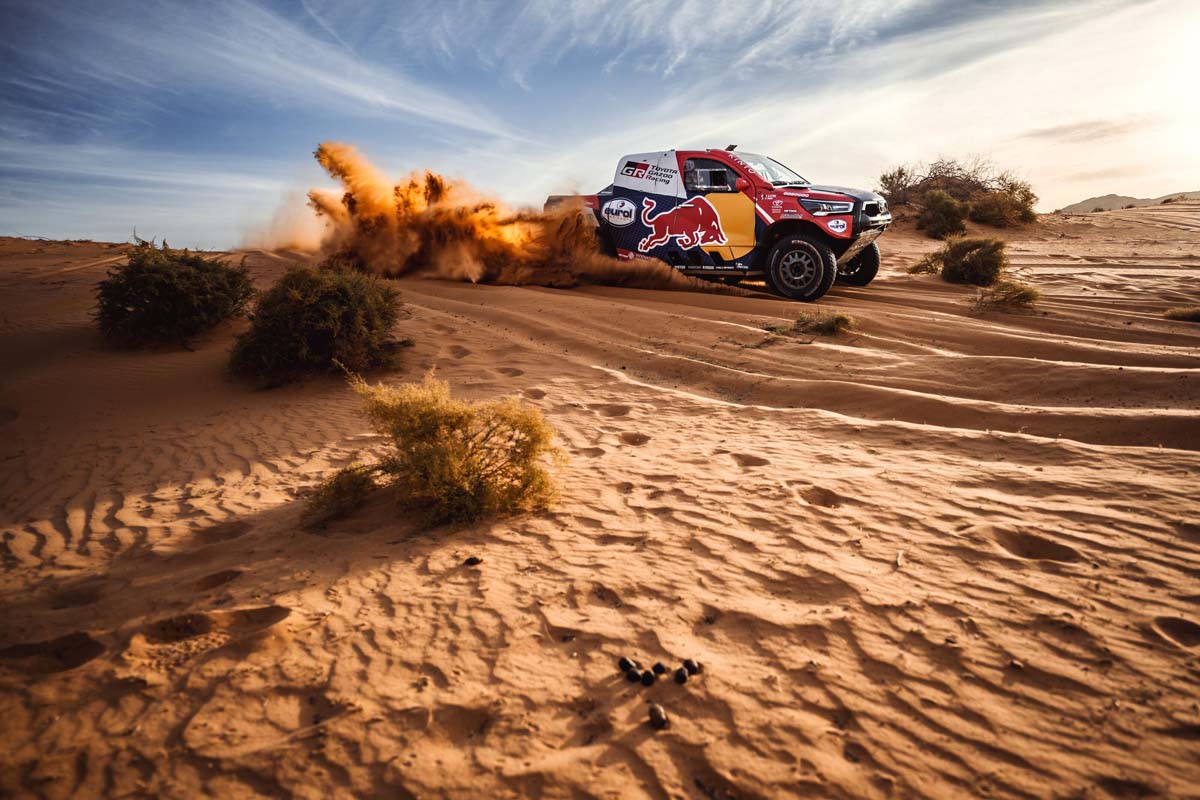 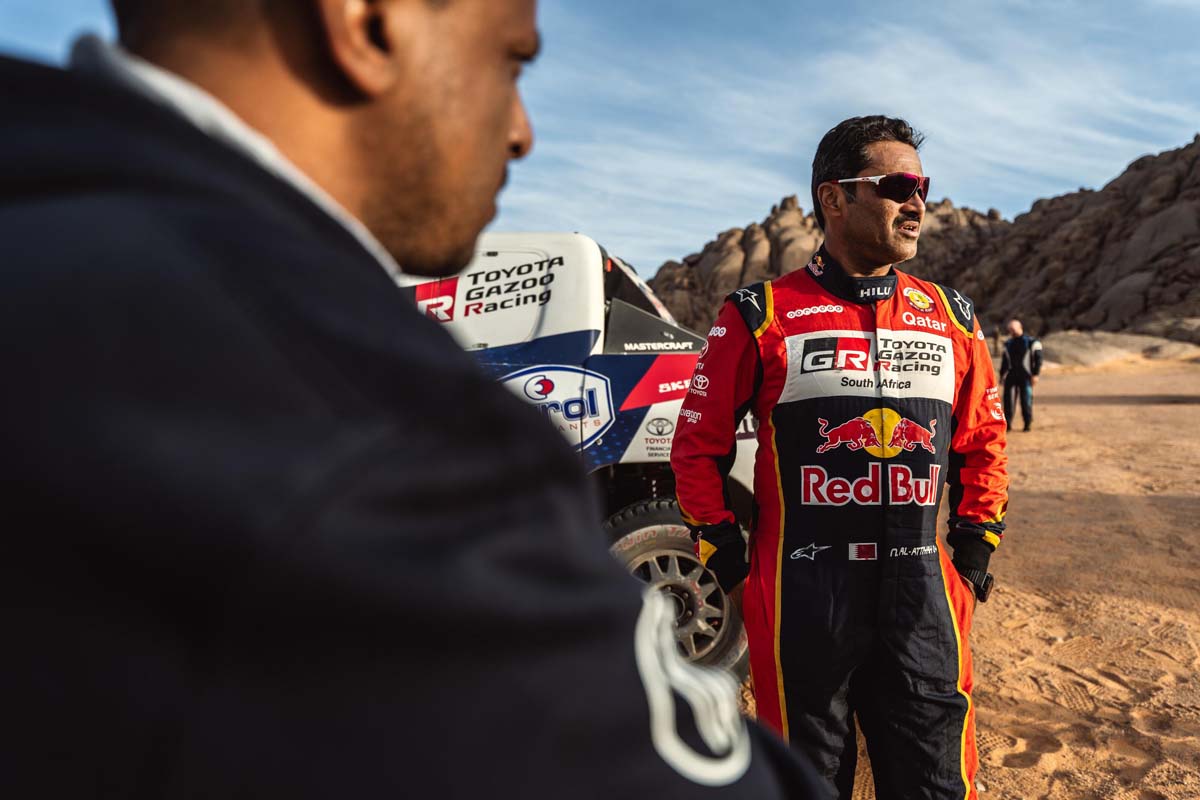 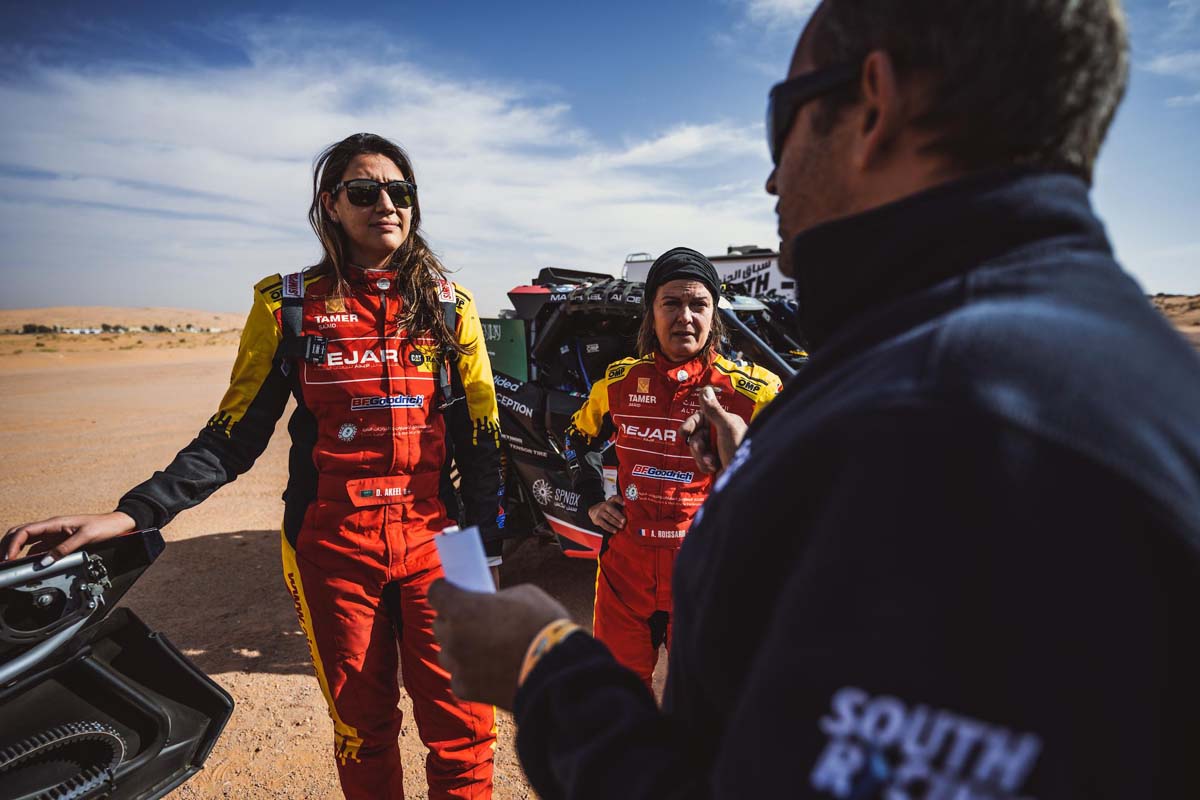 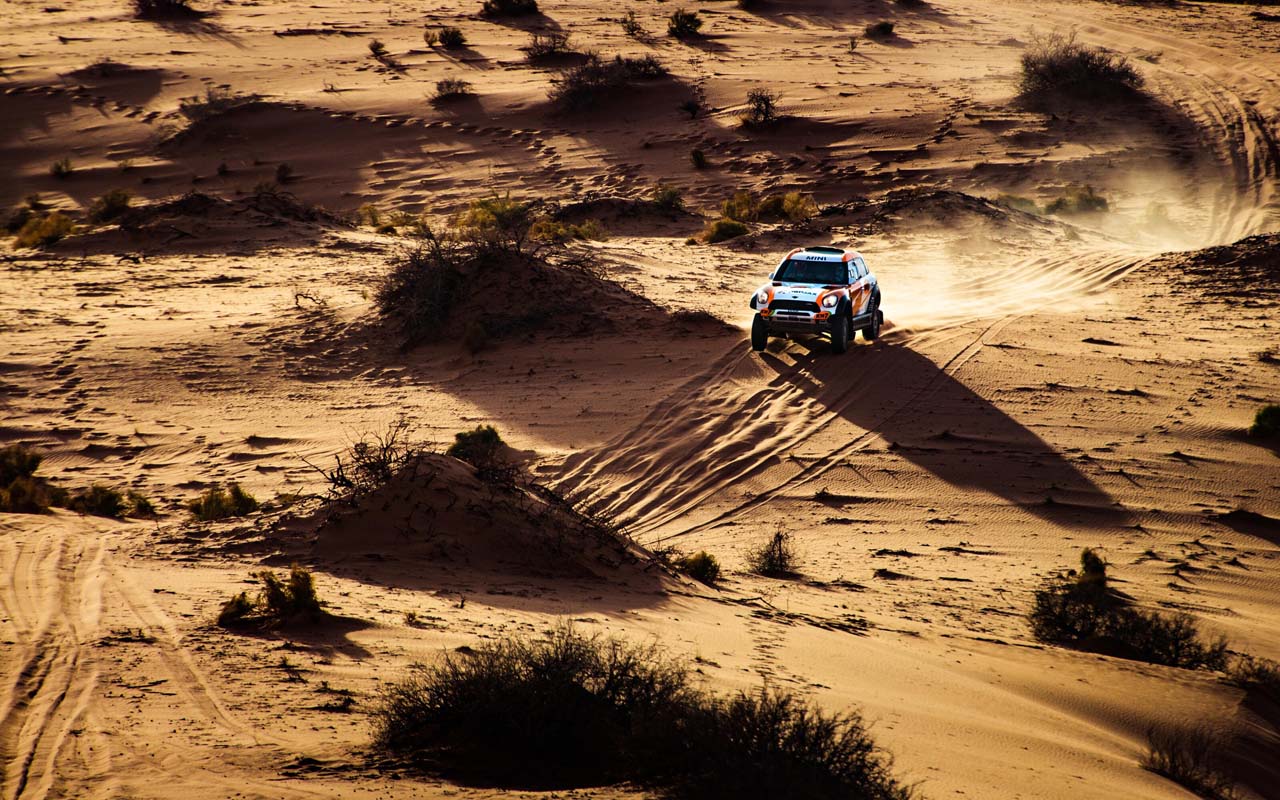 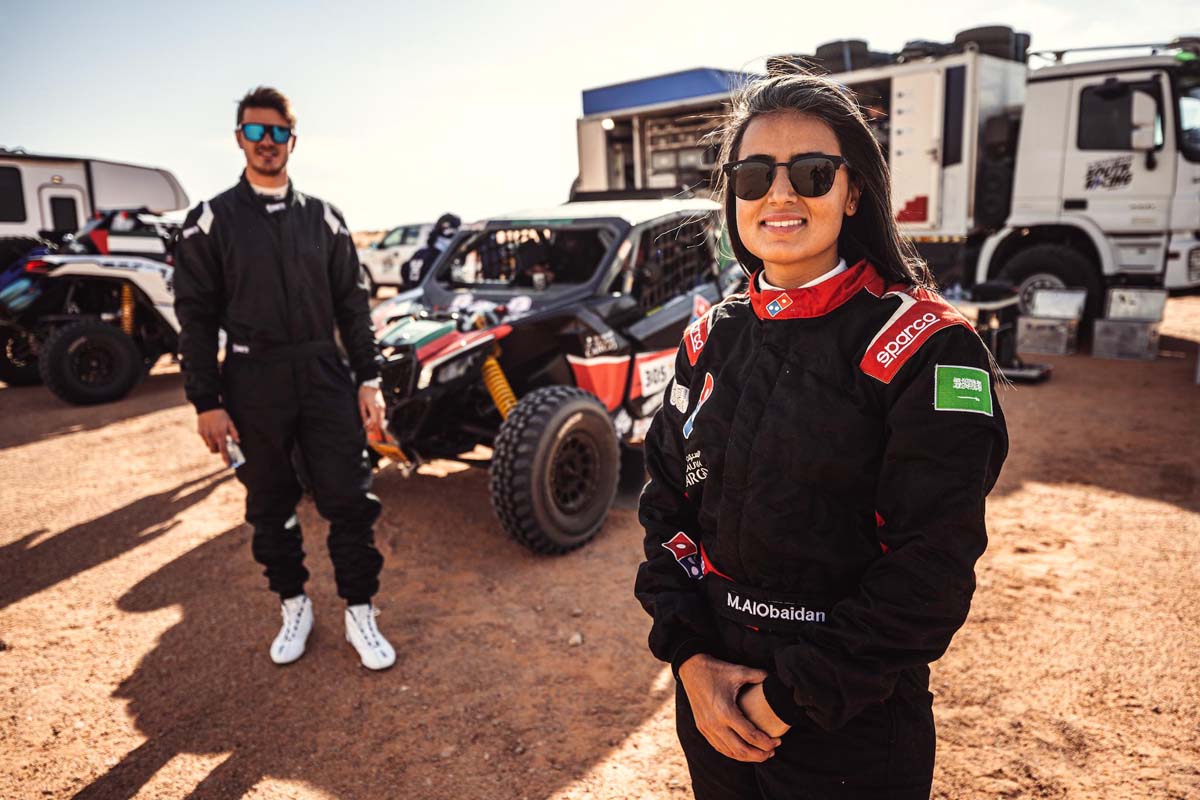