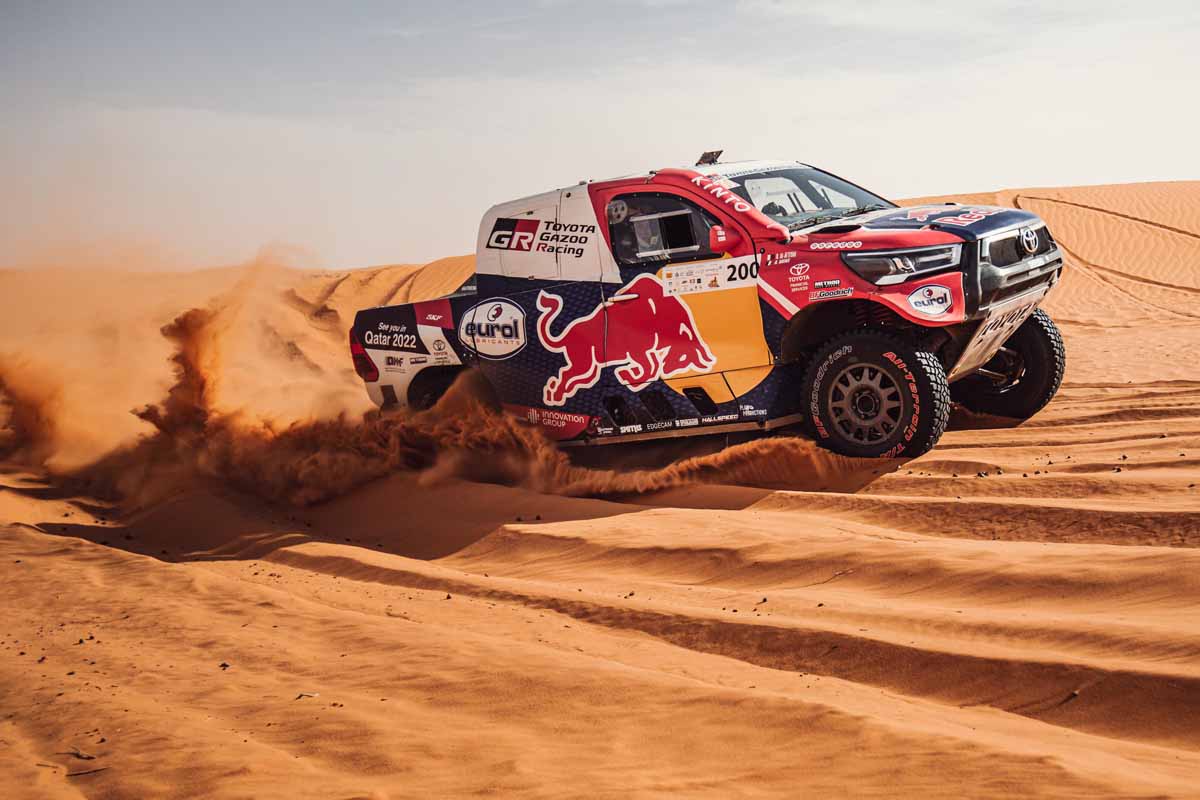 Mathematically, the Qatari had won the title after recording two stage wins earlier in the event, but he and French co-driver Matthieu Baumel pressed on regardless in their Toyota Hilux to record three stage wins and a winning margin of 21min 51sec over the Russian duo of Denis Krotov and Konstantin Zhiltsov. The success also marked their fourth FIA World Cup title together after three successive wins between 2015 and 2017.

Al-Attiyah said: “It was a good last stage and completely different to the first three. It was all gravel through the mountains. It was fantastic and we are obviously very happy with the result. I am so happy to win this race and to win the World Cup title. It was a great win. This was the last time for me in this car. The next step will be the T1+ in Dakar!”

Argentina’s Sebastien Halpern managed to overhaul Vladimir Vasilyev on the final stage to snatch the last place on the podium in the second of the X-raid Mini Buggies. Fellow countryman Lucio Alvarez may have missed out on the Drivers’ title to Al-Attiyah, but his consolation was the third fastest time on the last stage, fifth overall and the runner-up spot in the championship in his Overdrive Racing Toyota.

Poland’s Jakub Przygonski was second quickest on the 148km final section, but a drive shaft issue had cost the Mini Buggy driver a potential podium on Friday and he finished in sixth place. Spaniard Laia Sanz brought her Mini home in a fine eighth overall, as she prepares for the forthcoming Dakar Rally with the X-raid team.

Martin Prokop used the event to shakedown his new Ford Raptor Cross-Country, alongside Frenchman Ronan Chabot and Argentina’s Juan Cruz Yacopini in a pair of Toyota Hilux T1+ machines run by Overdrive Racing. None of the three crews were eligible for FIA points, but Prokop set stage times worthy of seventh in the overall standings.

Michal Goczal bounced back from gearbox issues that cost him a potential win in the T4 section to set the fastest time on the final stage in his Can-Am. He beat his brother Marek by 2min 56sec, but it was his fellow Pole who claimed the win and a fine seventh in the overall classification.

Pavel Lebedev missed two days of the rally after a first day crash that damaged his Can-Am’s suspension but, as per the regulations, he was able to tackle the final day and managed to win the T3 stage by 4min 54sec from overall category winner Saleh Al-Saif.

The Saudi recorded a winning margin of 47min 24sec over Mashael Al-Obaidan. Annett Fischer rounded off the podium places in her X-Raid/South Racing Can-Am and the Saudi female duo of Dania Akeel and Esraa Aldkheil were fourth and fifth.

“I am so happy to finish the Hail Rally,” said Akeel. “The whole stage today was flat and fast. I love going fast. I enjoy the dunes but today was so much fun. It was hard to pass cars in the dust but I took no risks. The whole week has been incredible and great experience for me.”

Ahmed Al-Jaber claimed the final motorcycle stage win by beating Abdullah Lanjawi by 1min 56sec, but the outright victory went to Mishal Al-Ghuneim. Problems for Othman Al-Ghfeli cost the Saudi around 15 minutes on the last test and that dropped him behind his rival, with the pair separated by just 13 seconds at the finish.

Al-Jaber filled the last step of the podium, with Abdulhalim Al-Mogheera and Lanjawi rounding off the top five.

Abdulmajeed Al-Khulaifi sealed the quad win with another stage success on his Yamaha, the multiple Hail winner adding another success to his tally. His winning margin over Haitham Al-Tuwaijri was 1hr 56min 32sec, with Hani Al-Noumesi coming home in third.

Japan’s Teruhito Sugawara (Hino) sealed the win in the Truck category with the fastest time on the final stage. Teo Calvet lost the outright lead on day three and Saudi Arabia’s Ibrahim Al-Muhanna was able to snatch second place in his Mercedes Unimog. 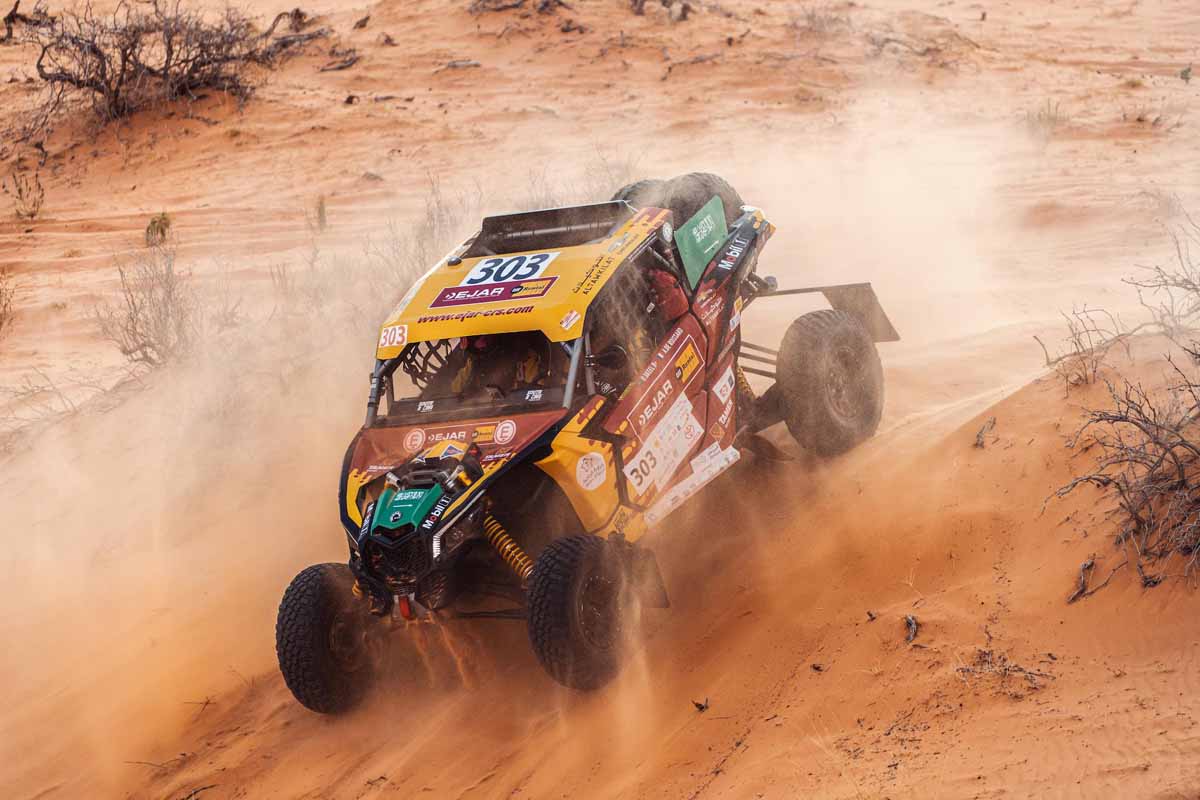 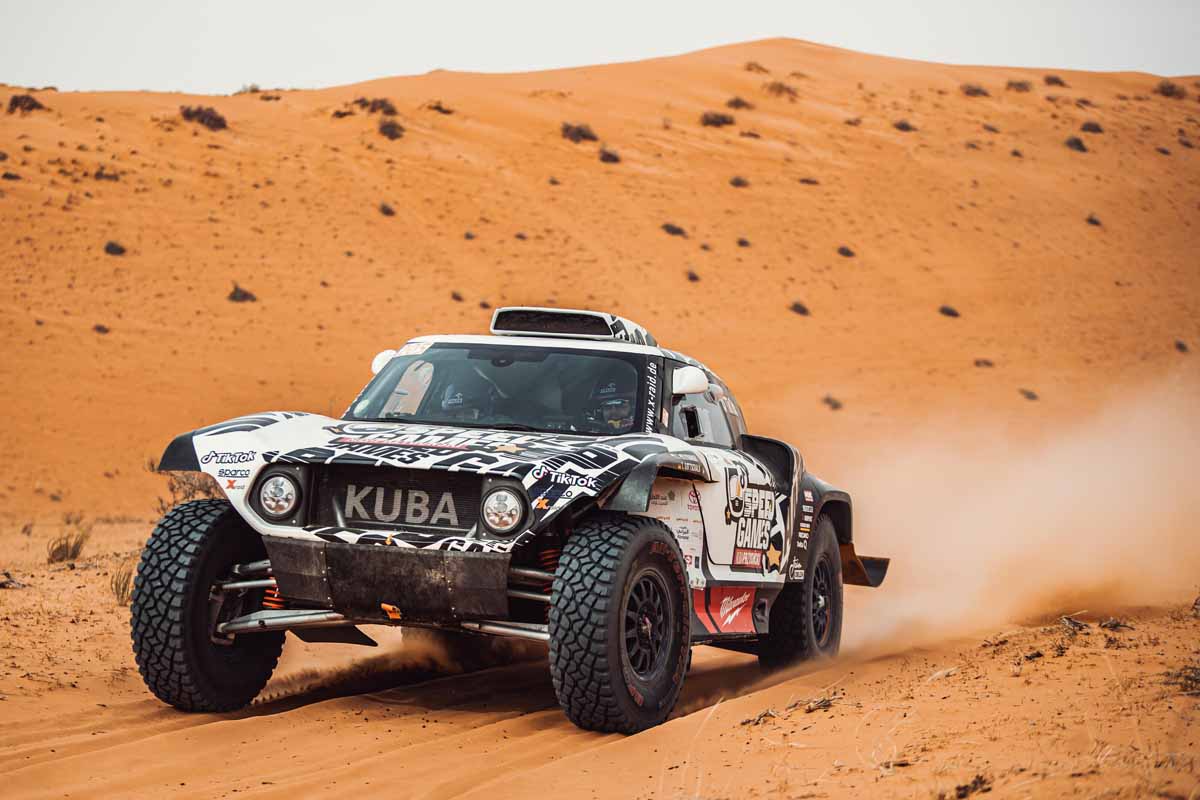 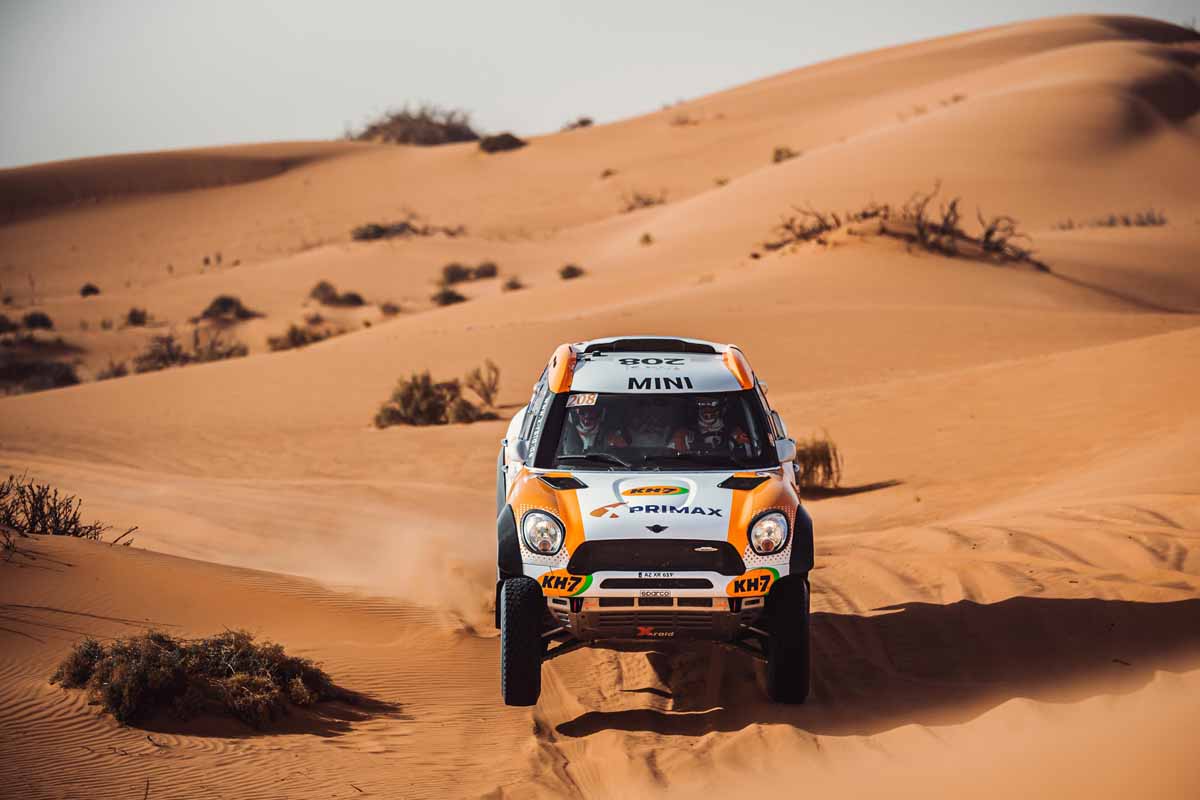 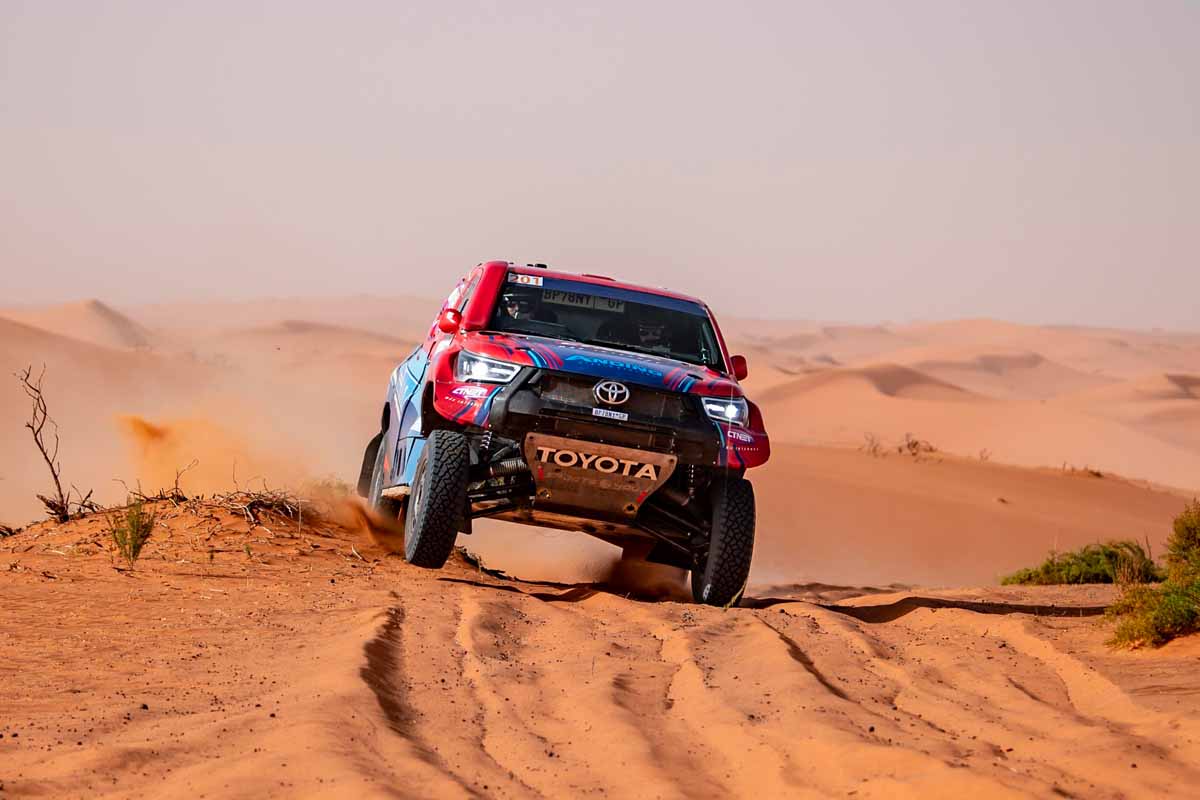 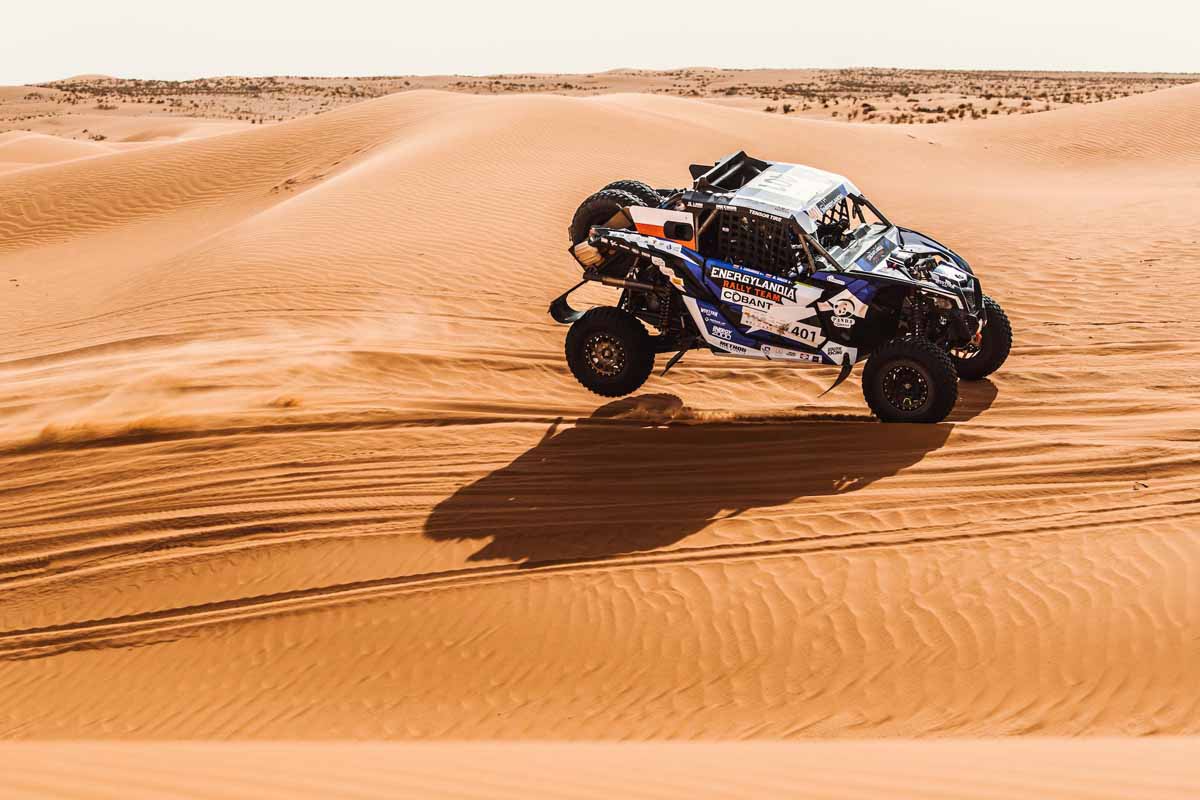 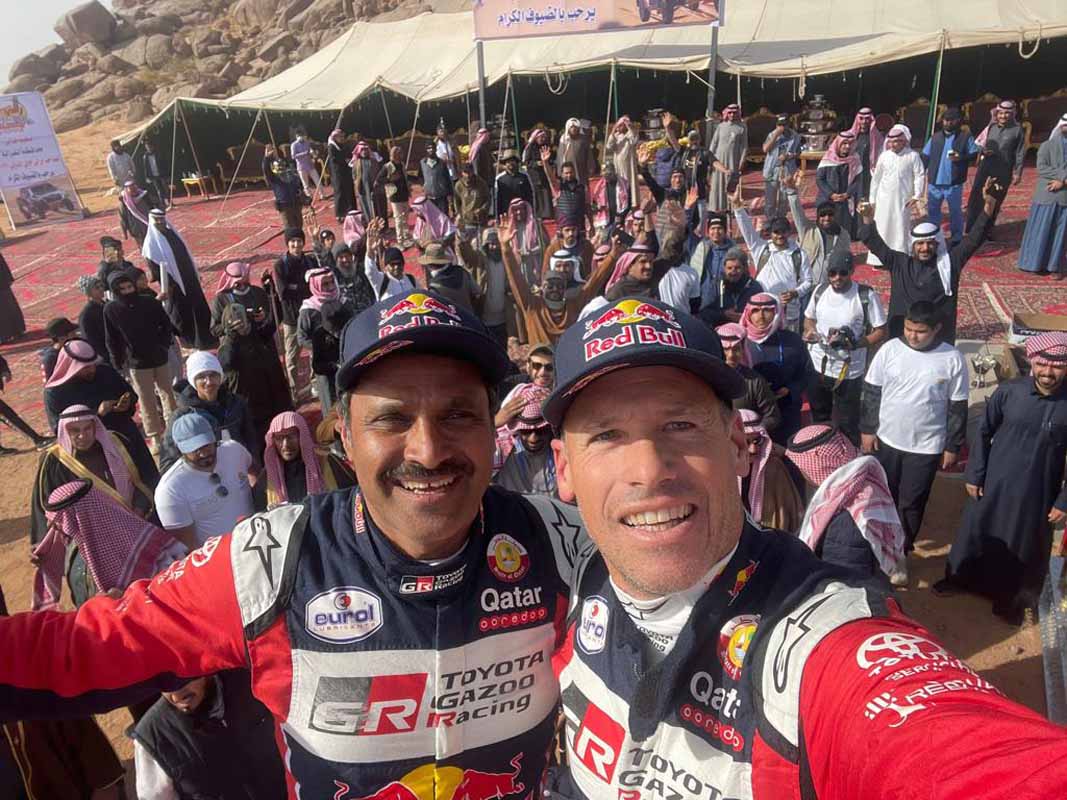