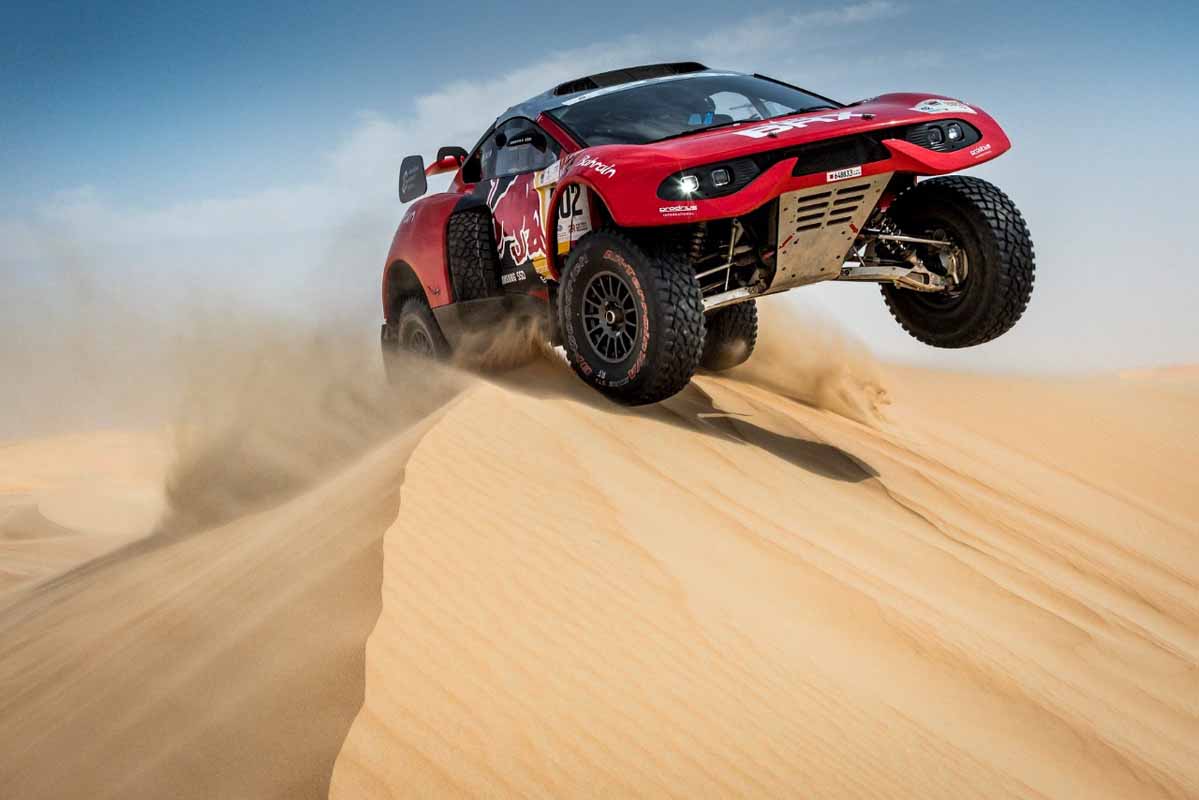 The 318-km ADNOC Distribution Special Stage 2 saw Nasser Al Attiyah on four wheels and Ross Branch on two record the fastest times, 24 hours after both had crashed out of overall contention.

It was a day when Benavides vividly illustrated the spirit of the new World Rally-Raid Championship stopping for more than 20 minutes to assist overnight bikes leader Michael Docherty after his heavy fall, before resuming to take the overall lead.

Credited at the end with the time he gave up in helping Docherty, the KTM star now holds a
4 mins 23 secs advantage over American Ricky Brabec, with Chile’s Ignacio Cornejo another 41 secs away in third place.

The top six was completed by previous champions Sam Sunderland on a GasGas and Honda’s Pablo Quintanilla, followed by the other Benavides brother, Luciano, on a Husqvarna.

Petershansel, fourth quickest on the stage in an Audi RS Q e-tron, finished the leg with a reduced outright cars advantage of 7 mins 49 secs from Saudi Arabia’s Yazeed Al Rajhi in a Toyota Hilux.
Czech Martin Prokop was third, 15 mins 50 secs off the lead in his Ford Raptor RS Cross Country.
Poland’s Jakub Przygonski in a Mini John Cooper Works Buggy and Mathieu Serradori in a Century CR6 completed the provisional top five.

Nine-times World Rally Champion Sebastien Loeb, whose victory ambitions on his Abu Dhabi Desert Challenge debut were buried by a series of first leg mechanical problems, recovered to set the second fastest time on the day in his Prodrive Hunter. 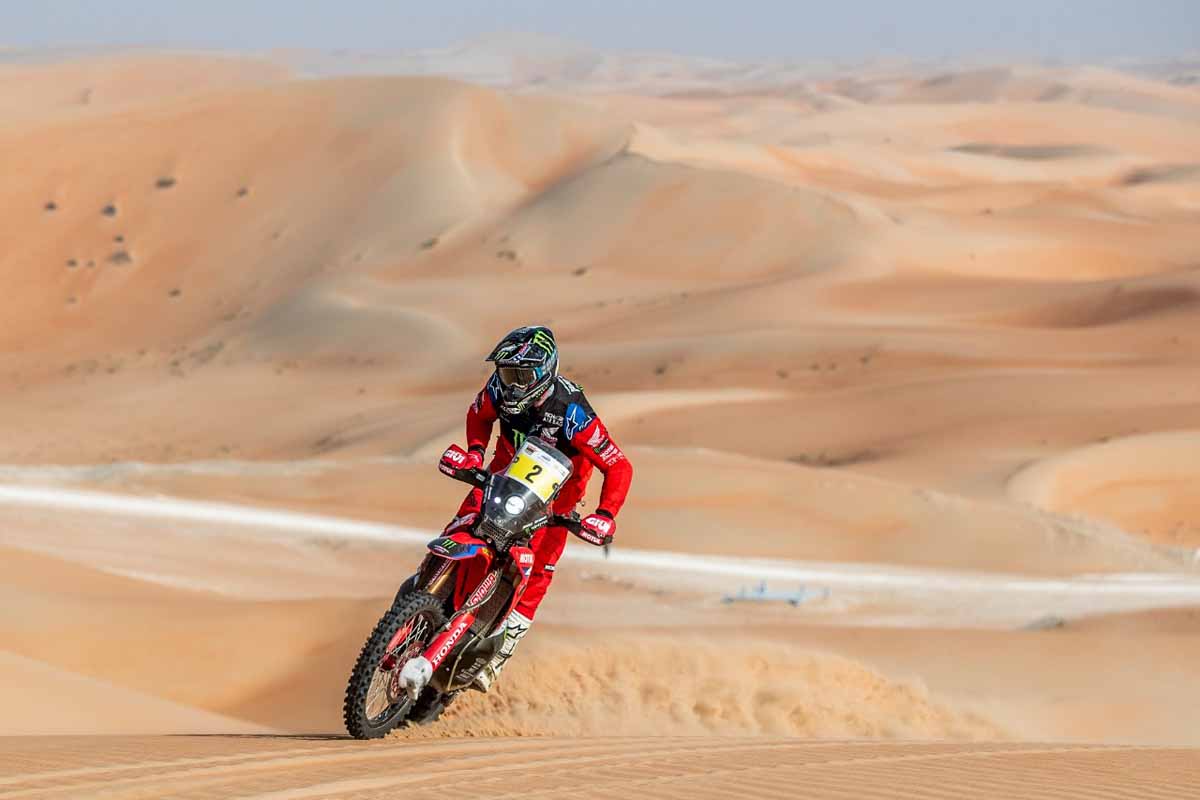 Reaching the finish in his Toyota Hilux, Al Attiyah said: “Now we will try and win every day to take maximum points like we did today. We did quite a good job, I am quite happy. We have to now work for the points. Today we won five and I hope to win five points tomorrow as well.

“It’s a disappointment not to win the rally because it is my favourite rally. We need to accept what happened yesterday. This is a motorsport. Now we must try to push the limit of the car, like we did it today.”

It was another superb day for Emirati rider Abdulaziz Ahli, as the defending quads champion on a Yamaha Raptor extended his lead over Slovakia’s Juraj Varga, to a massive 1hr 24 mins 12 secs

Dubai-based Docherty deservedly stood in the rally spotlight as the overall bikes leader at the end of the previous day’s desert stage, after winning the Saturday qualifier.

Starting today’s stage was always going to be difficult, however, because of the navigational demands this brings, and the South African rider had already been overtaken by Mathias Walkner when he crashed.

Benavides stopped to assist him before the medical team arrived at the scene, and Docherty was evacuated by helicopter to Madinat Zayed hospital.

Benavides said at the finish: “It was really long and hot today. I stopped to help Michael when he crashed, and waited for medical aid to arrive. On a good note, it looks like my brother had a great ride, so I am happy.”
Branch commented: “It was a good day for me. I rode smoothly and consistently trying to minimize mistakes after yesterday errors and crash. Today my riding was much better.”

Another South African, Bradley Cox, who was fastest in the Rally 2 category on the day, also crashed and was taken to hospital by helicopter. But Branch, who was evacuated from yesterday’s stage for a hospital check-up, was cleared to restart today and was quickly back up to stage-winning speed.

ADNOC Distribution supplies the jet fuel for the Search and Rescue helicopters which are on permanent standby to go to the aid of competitors in need of attention.

Today’s ADNOC Distribution Special Stage 2 took the cars, trucks, bikes and quads on a difficult 318km passage through the Al Dhafra dunes, with My Station trucks on hand to refuel rally competitors along the spectacular desert route.

“We are glad to have our My Station service participate in this event and to be able to refuel vehicles as contenders race during this challenging stage,” said Bader Saeed Al Lamki, CEO, ADNOC Distribution. Our Super 98 premium fuel, which is extracted and refined in the UAE, is specially designed to offer advanced care and efficiency in the most demanding environments. We are honoured to be involved in this event and keep racers moving through their journey to victory.” 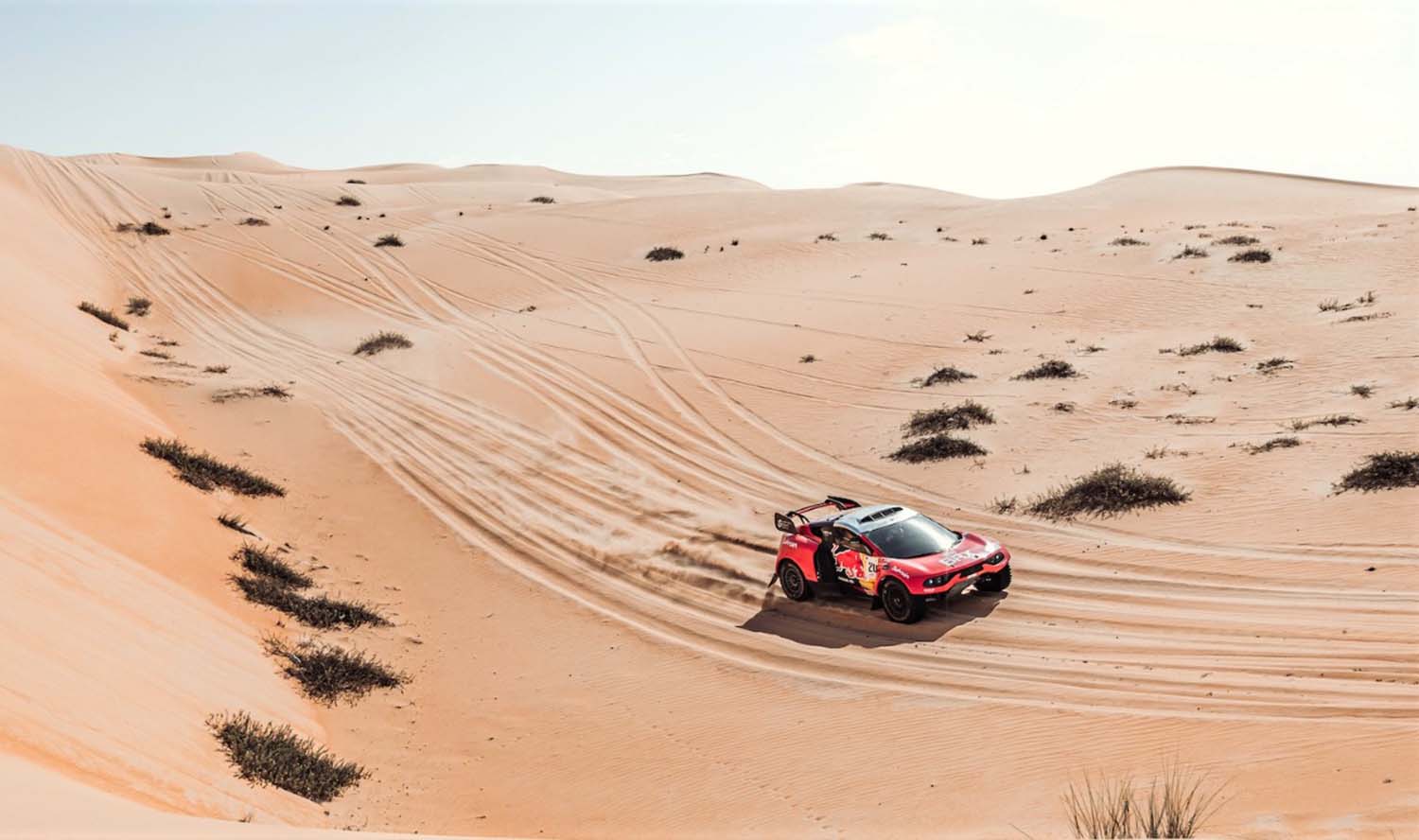 LOEB FIGHTS BACK IN DESERT CHALLENGE

Sebastien Loeb has taken second place on stage two of the Abu Dhabi Desert Challenge after a trouble-free run through the desert sand and dunes in temperatures of nearly 40 degrees.

The result keeps him in 6th in the T1 class after a disappointing first stage, which saw him lose nearly two and half hours after a major impact damaged the Hunter’s drivetrain. forcing him to run in front wheel drive for nearly half the stage.

With his and the Bahrain Raid Xtreme (BRX) team’s focus on winning the inaugural 2022 FIA World Rally-Raid Championship, it was important to get valuable points for this stage, but also to focus on the final standings at the end of the event, the second round of the series.

Loeb’s main rival in the championship, Nasser Al Attiyah, won the stage, but following his retirement on stage one, he is now 18 hours behind and out of contention.

Loeb said: “It was really tough today. It was a very difficult stage with really soft sand and tricky dunes making it very slow. However, the car was really good and fast and it ran well in the hot temperatures. We have secured four points for the championship and that is the important thing.  Now we focus on tomorrow.”

Gus Beteli, the BRX team principal, said: “The team did a great job to rebuild Seb’s car last night after the issues on the first stage. It was 39 degrees here, by far the hottest temperatures we have ever run this car and it came through fine even with the low speeds.

“Nasser’s stage win means he has opened up a two point gap in the championship. However, our aim is to move up the overall event leader board so we secure more points at the end.”

In the World Rally-Raid Championship, the top five stage finishers overall score points: five for first through to one for fifth. There are then points at the end too for overall placings. There are three stages and 1,200km of the Abu Dhabi Desert Challenge left. 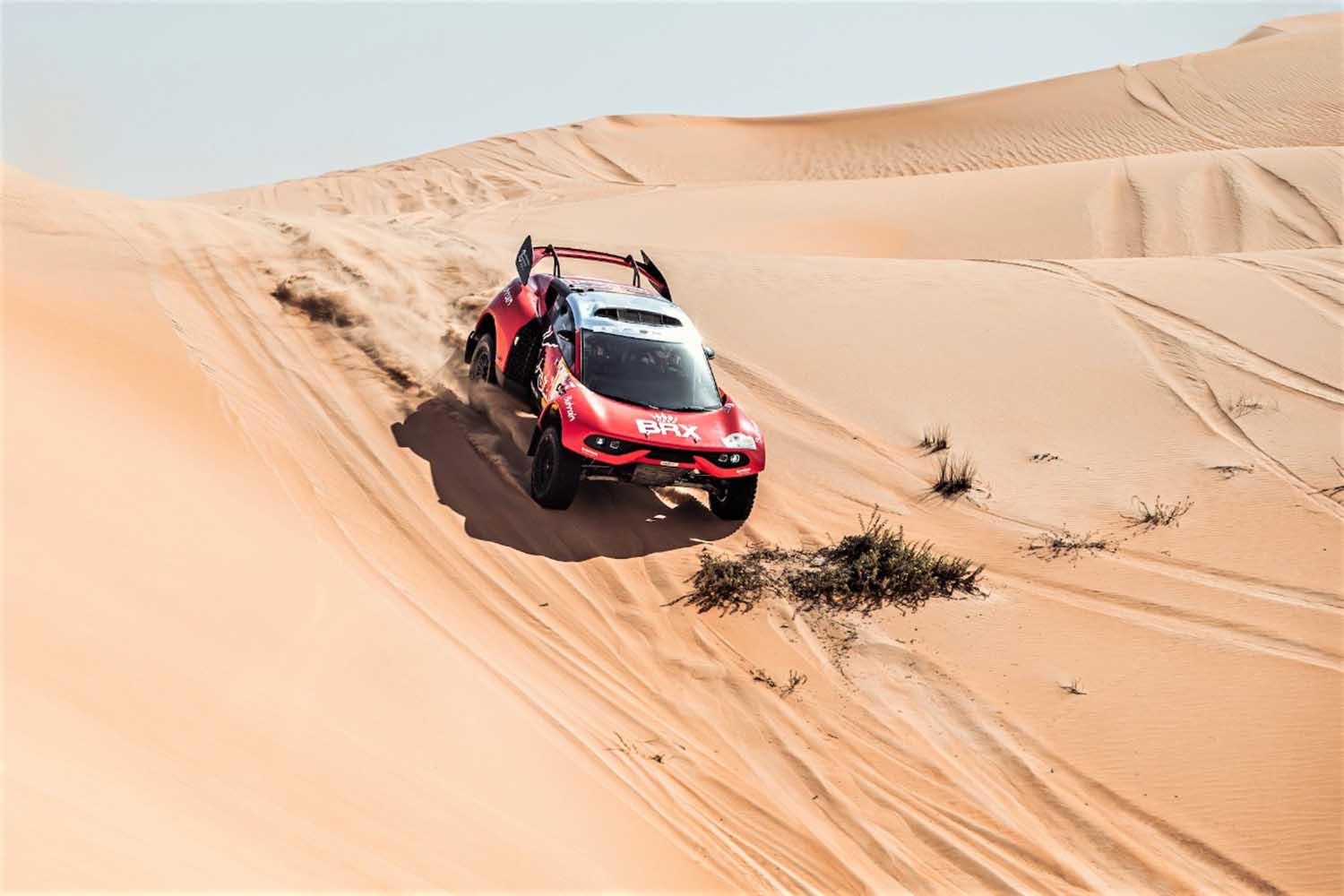 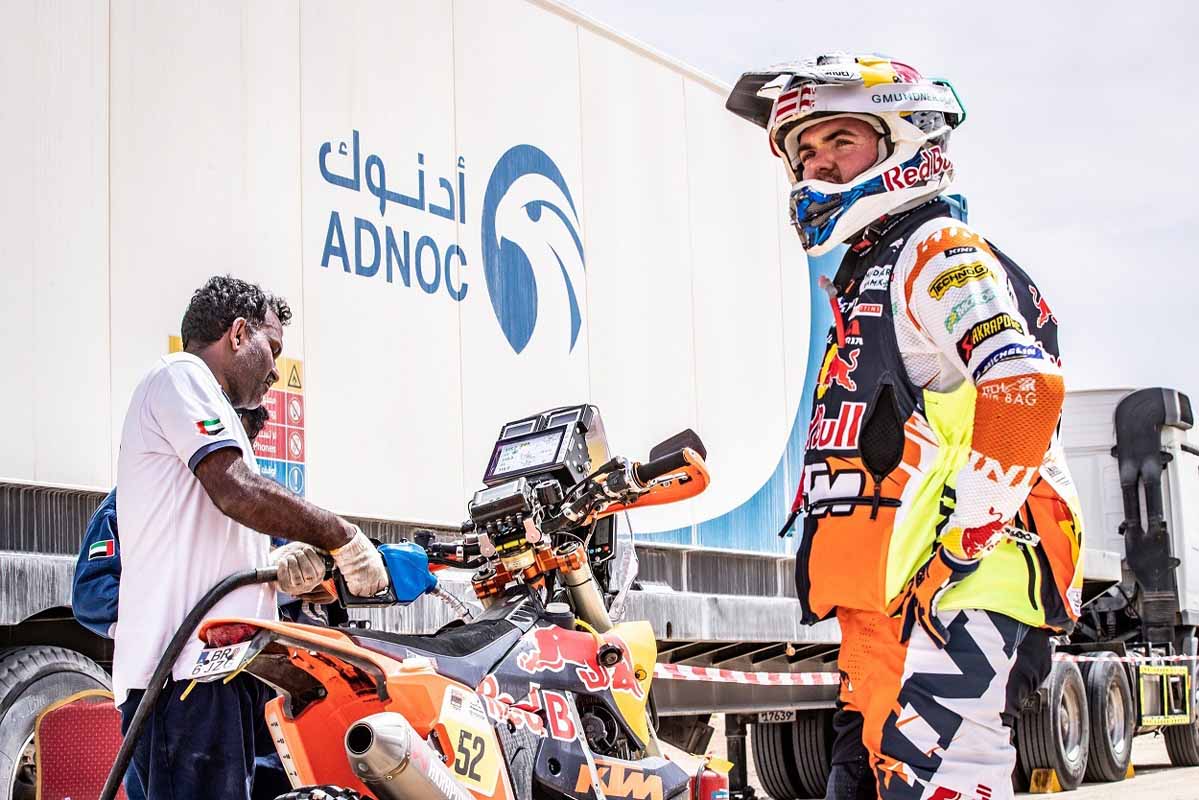 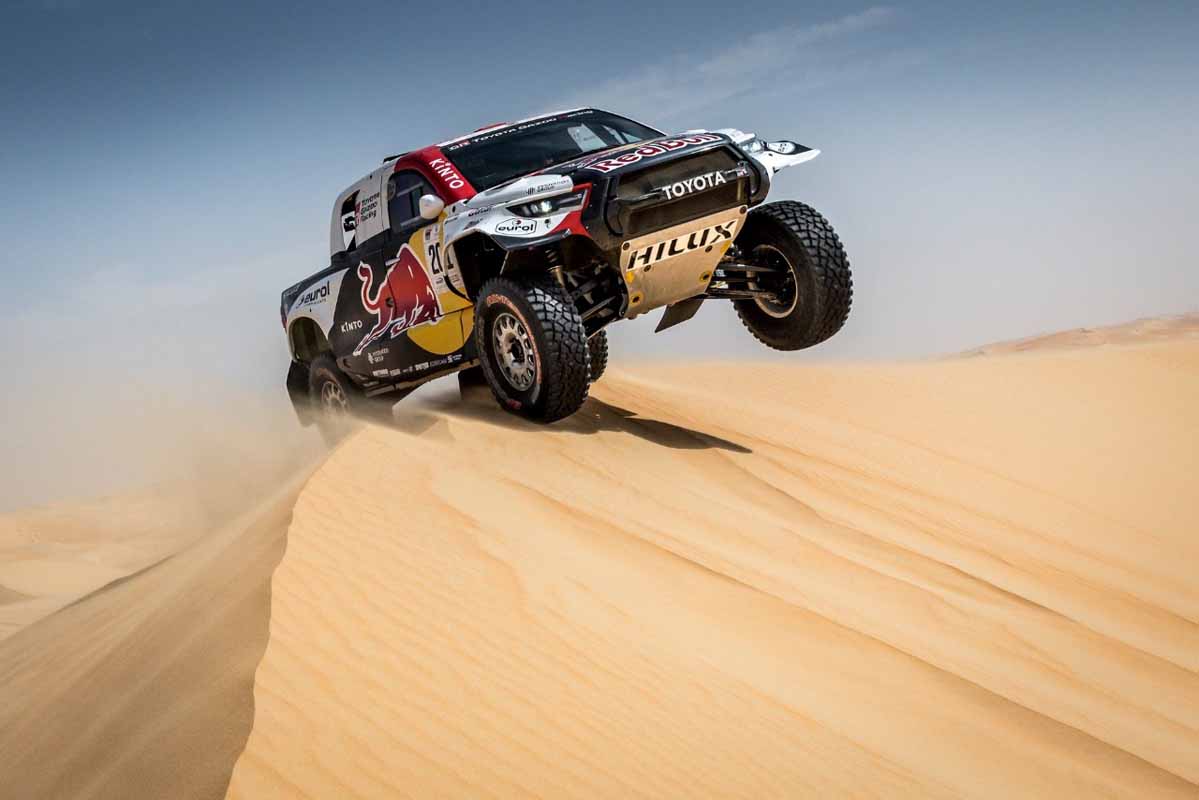 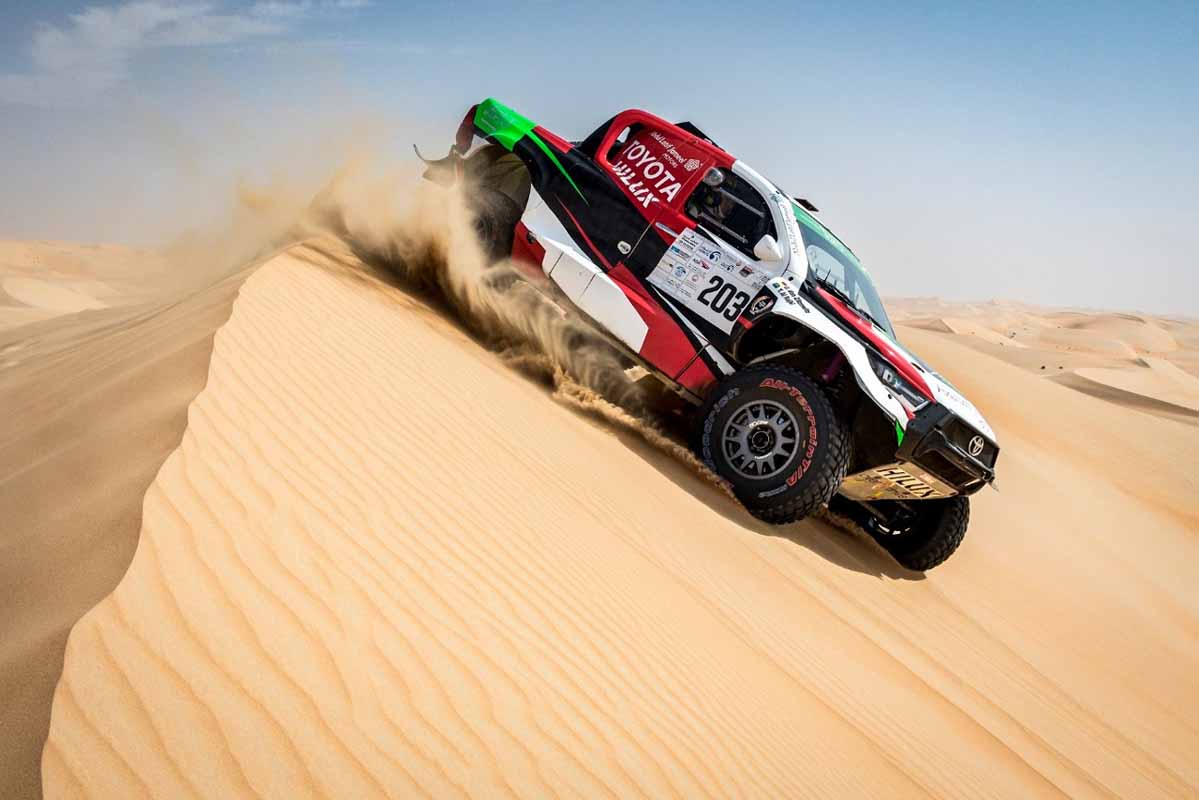 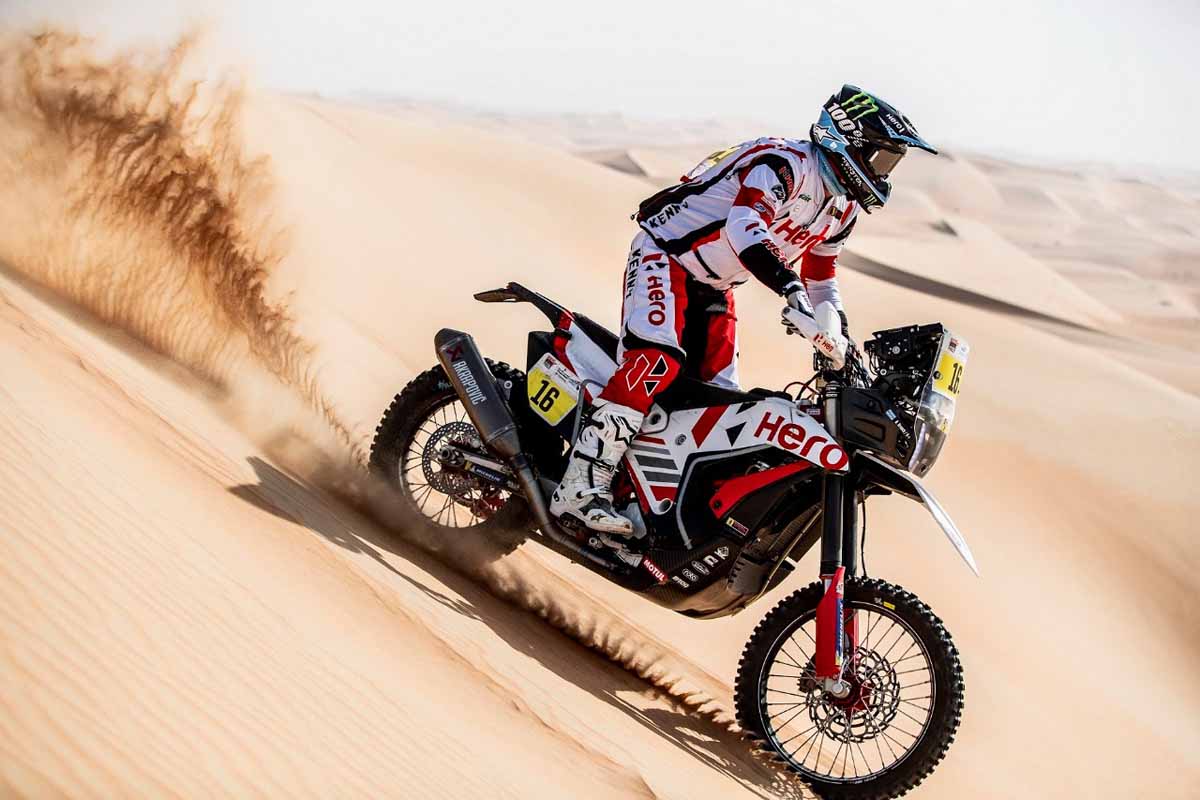 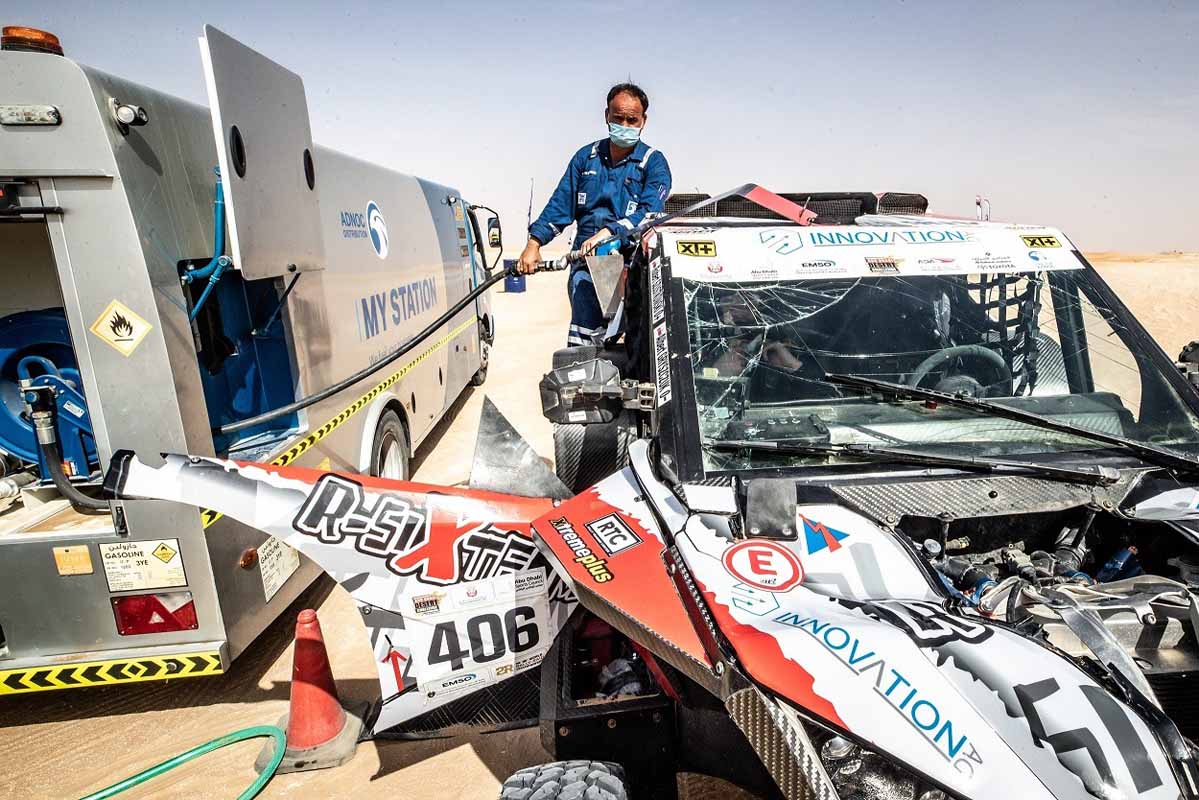 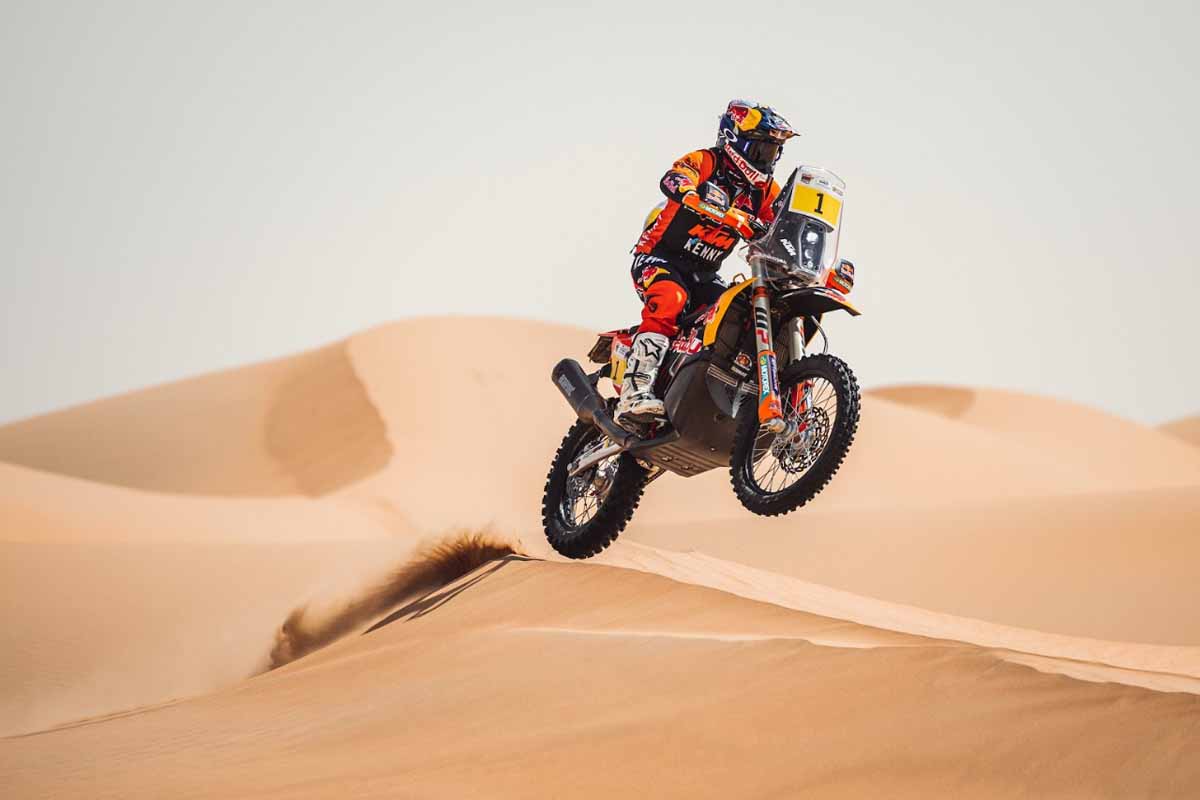