Bugatti Festival: Honoring The Birthplace Of An Iconic Brand 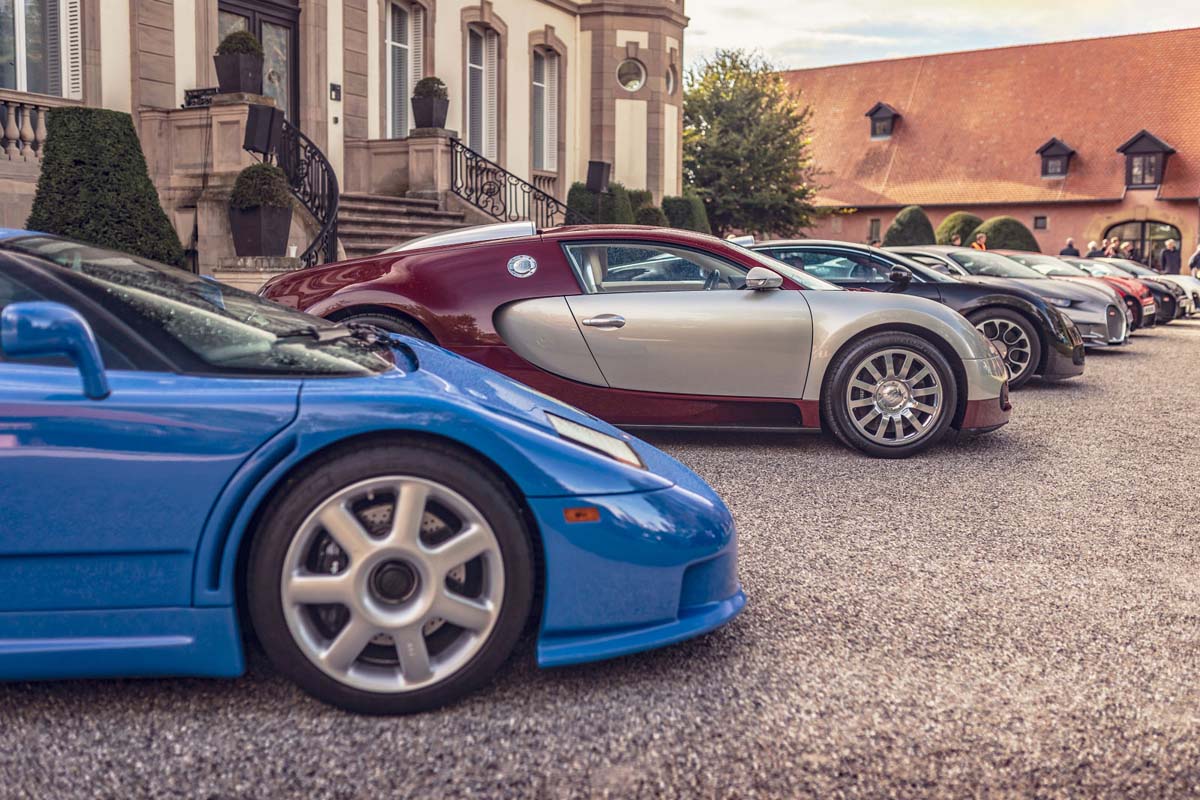 Molsheim in the Alsace region of France is forever associated with Bugatti. It was this small town where Ettore Bugatti chose to found his eponymous company, it was here where he would build his cars and welcome his customers, and it is here where he and his family found their final resting place. Each year, the Bugatti Festival comes to Molsheim: still the home of this iconic brand.Always held on the weekend closest to Ettore Bugatti’s birthday, September 15th, the Bugatti Festival takes to the streets of Molsheim for a public celebration of Ettore and his legacy. Organized by the Enthousiastes Bugatti Alsace (EBA), the schedule of events began – as it traditionally does – with a visit to the final resting place of Ettore Bugatti in Dorlisheim Cemetery, paying homage to the man who transformed the automotive landscape forever.
On Friday, the line-up of 56 vintage Bugatti models, alongside five customer-owned modern Bugatti hyper sports cars gathered in Molsheim for the first driving tour around Alsace. For enthusiasts of the brand, the best way to pay your respects to a founder who built the fastest, most luxurious and most advanced cars on the planet, is to use and enjoy them in the region he called home. The line-up of cars represented a veritable greatest hits of Bugatti, and included: Type 13, Type 35, Type 44, Type 49, Type 57, Type 101. Many are Grand Prix legends with notable racing heritage, while others hide their cutting-edge engineering under elegant coachbuilt bodies handcrafted for the early 20th Century elite.

Bugatti Automobiles has always worked hand-in-hand with the EBA to pay homage to the company’s founder and the incomparable heritage he created. In order to enable them to explore Ettore’s resting place as well as the birthplace of the brand, the Bugatti Festival participants were invited to the home of Bugatti in Molsheim, Château Saint Jean, on Saturday morning. Christophe Piochon, President of Bugatti, who has participated in 16 editions of the festival, including ten as a jury member, welcomed the enthusiasts on site for a private breakfast.

Around 10.30 am, the convoy of Bugatti vehicles then made their way out of the Château for a second day of driving in Alsace and in the Vosges mountains traversing a variety of landscapes and roads. They were joined by the six Bugatti customers and their amazing vehicles: two Veyron, a Veyron Grand Sport, a Chiron Sport1, a Type 101 Antem and a rare EB110 America, designed specifically for the US market. Bugatti Automobiles also supplied a Chiron Pur Sport2 and a Chiron Super Sport3. And yet incredibly the biggest day of the Bugatti Festival was still to come.

As the sun rose on Sunday, the clarion call of legendary Bugatti engines echoed around the Parc des Jésuites in Molsheim, for the public display of the brand’s historic vehicles and modern-day hyper sports cars. 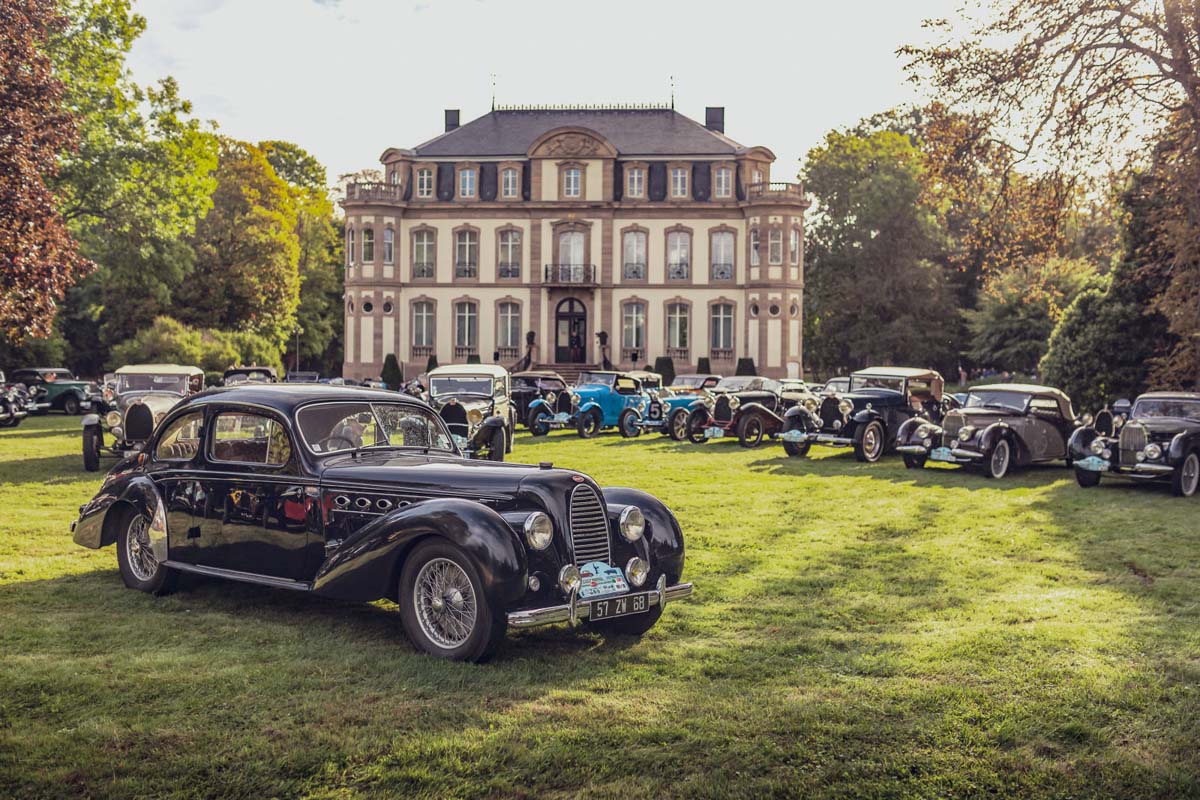 During the morning, the cars were displayed for adoring Bugatti enthusiasts from near and far to admire. Local Molsheim residents also enjoyed a closer glimpse of the cars that built the Bugatti brand. In the afternoon, the cars were paraded through the streets of Molsheim, before halting to be judged by a panel of experts that included Christophe Piochon. The judges meticulously examined each car, searching for a Bugatti truly worthy of the Coupe Bugatti Automobiles. After much soul searching, the trophy was finally awarded to a Type 57C Cabriolet Corsica, honoring Bugatti’s open-top legacy that is continued to such stunning effect today by the recently revealed W16 Mistral.

Other awards, including the Trophée Fondation Bugatti were also presented. This year’s winner was a Type 46 Petite Royale’ by Gangloff, which received the intricate trophy, itself built from the same materials used to create Bugatti cars, and crowned by a piece of Lalique crystal.

Every new participant also received a prize from the Enthousiastes Bugatti Alsace to thank them for joining this 39th edition and encourage them to return again in the future.

For those who could not join the festivities during the Festival, Bugatti is also displaying a transparent cube featuring the Veyron Grand Sport Vitesse World Record Edition in the city center of Molsheim – at least until the end of September.

Christophe Piochon, President of Bugatti Automobiles, said: “When we call Molsheim the home of Bugatti, we mean it in the truest sense of the word. Yes, the cars are handbuilt here, but it’s a far deeper connection than purely that. A visit to Molsheim is like a pilgrimage for enthusiasts of the Bugatti brand, delivering a greater understanding of the man that began this journey and the cars that have written it into the pages of history. We’re proud to be continuing this legacy by supporting the Bugatti Festival and maintaining the home of Bugatti in Alsace”. 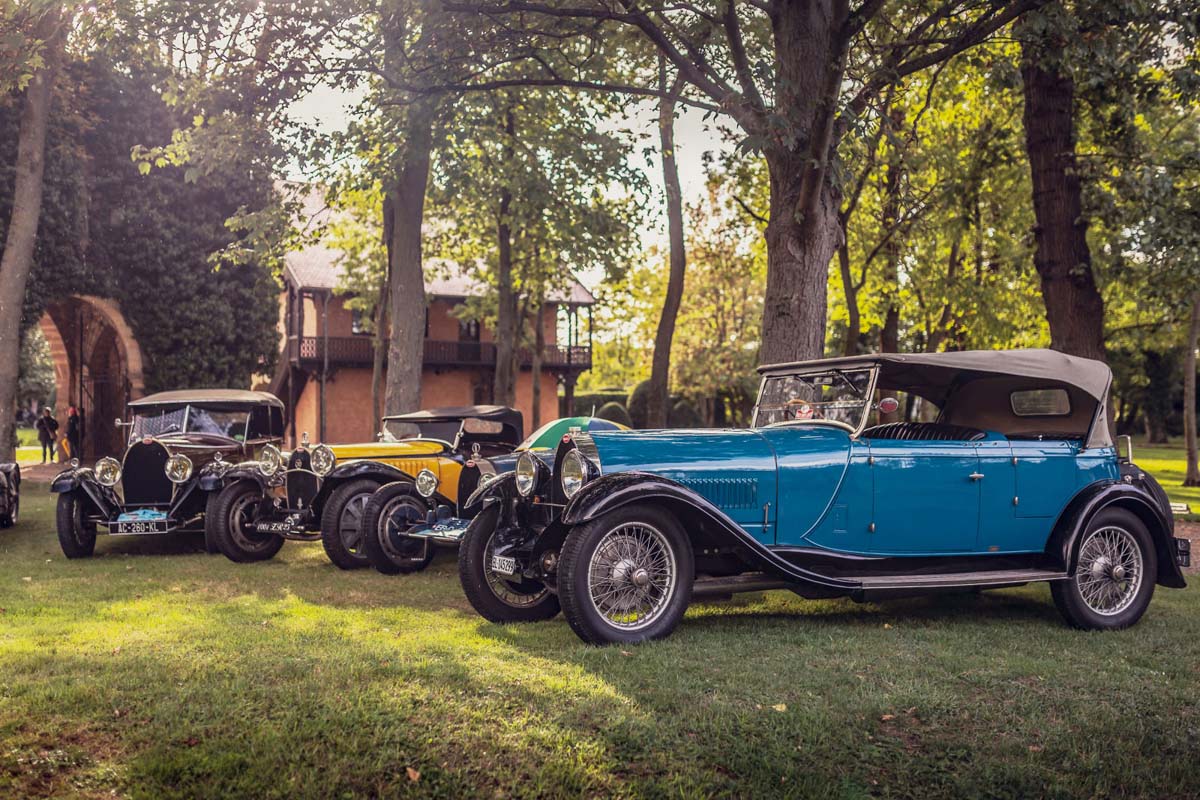 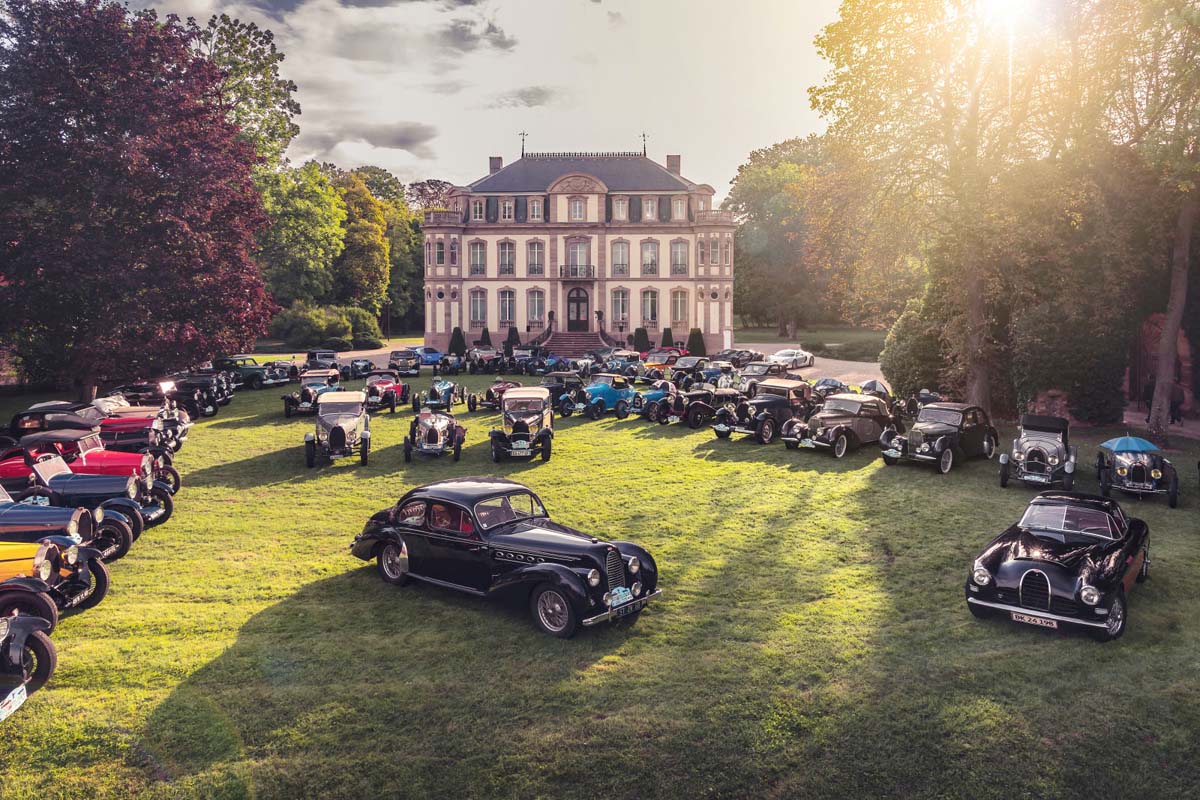 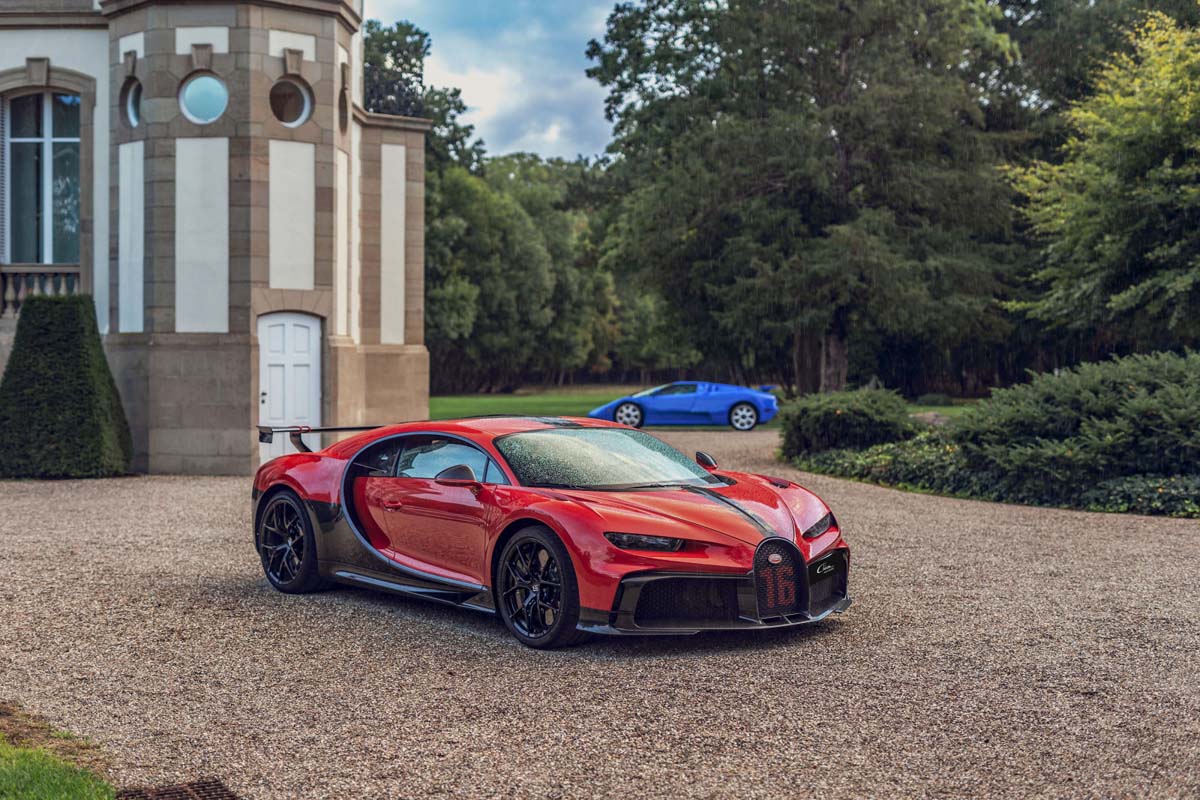 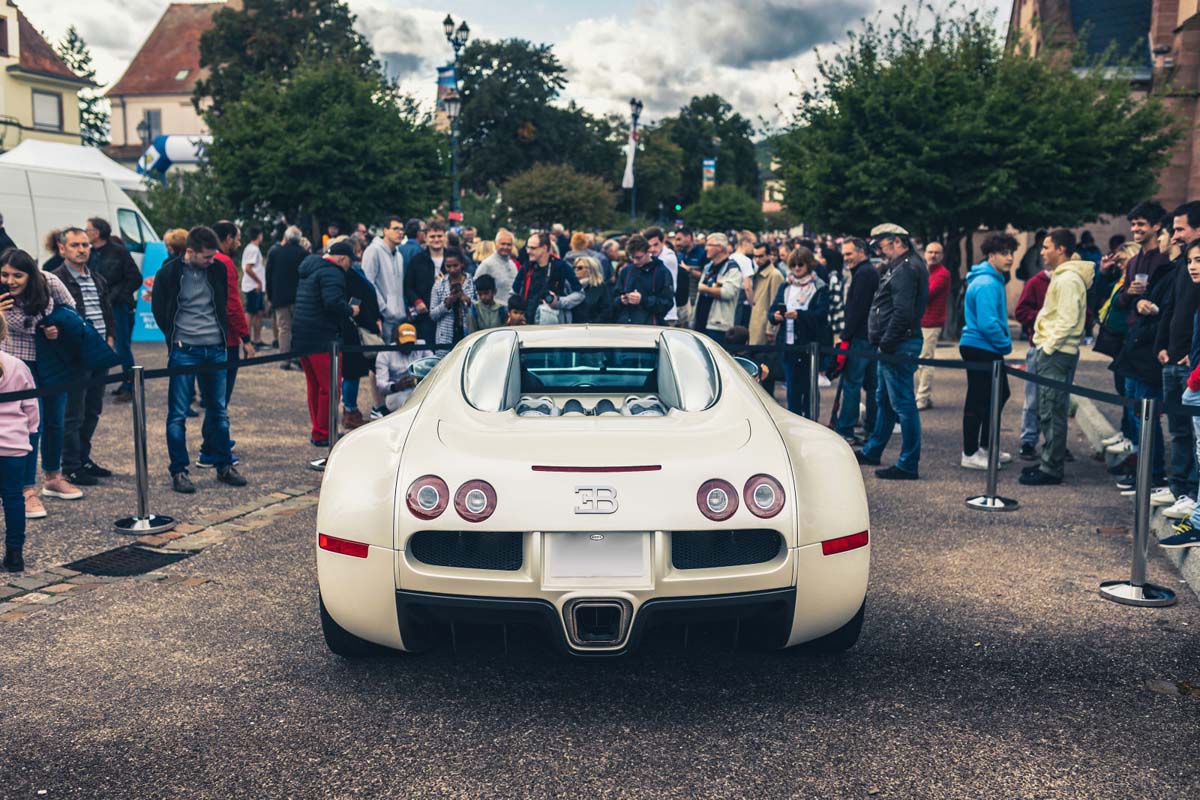 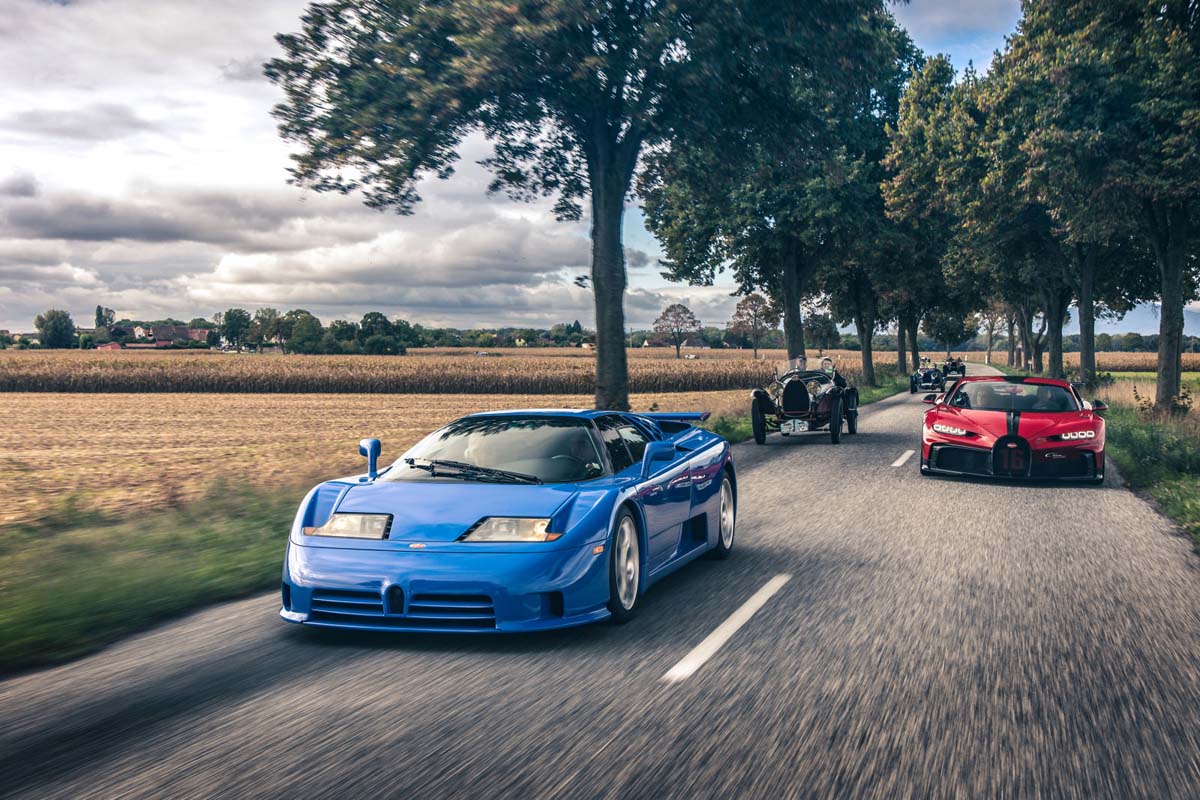 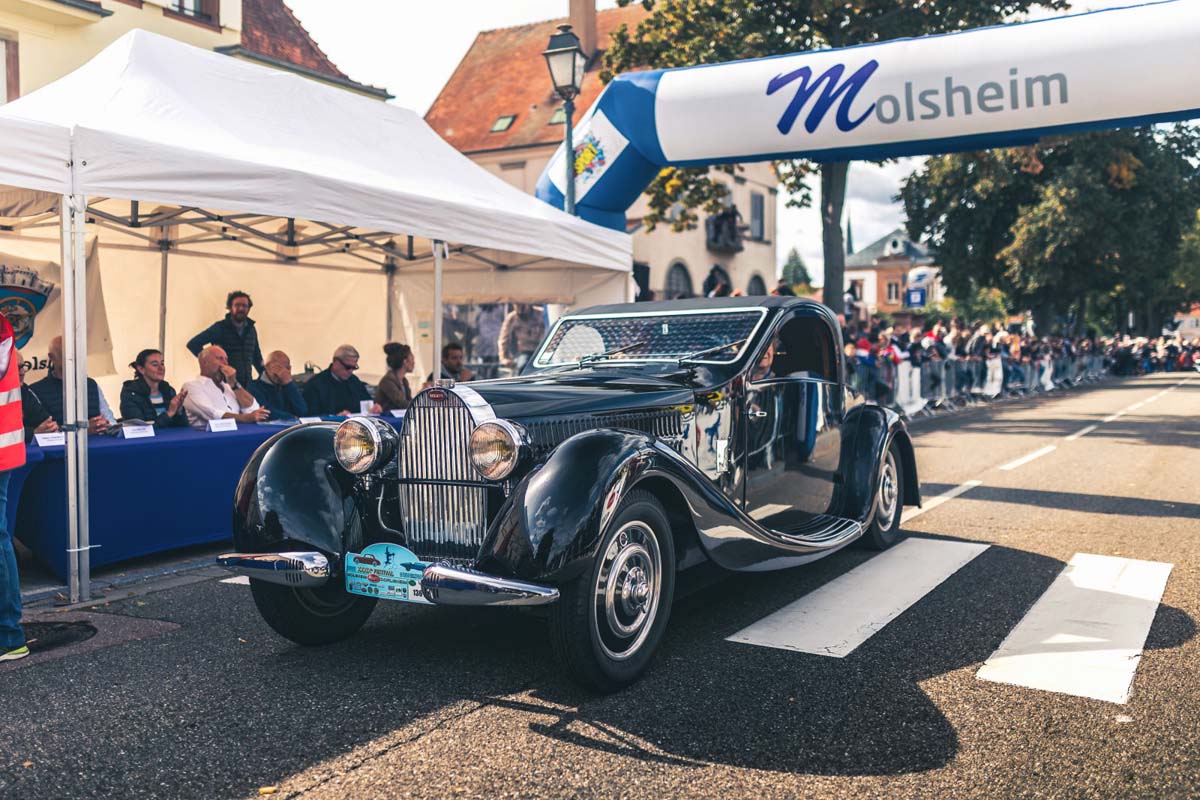 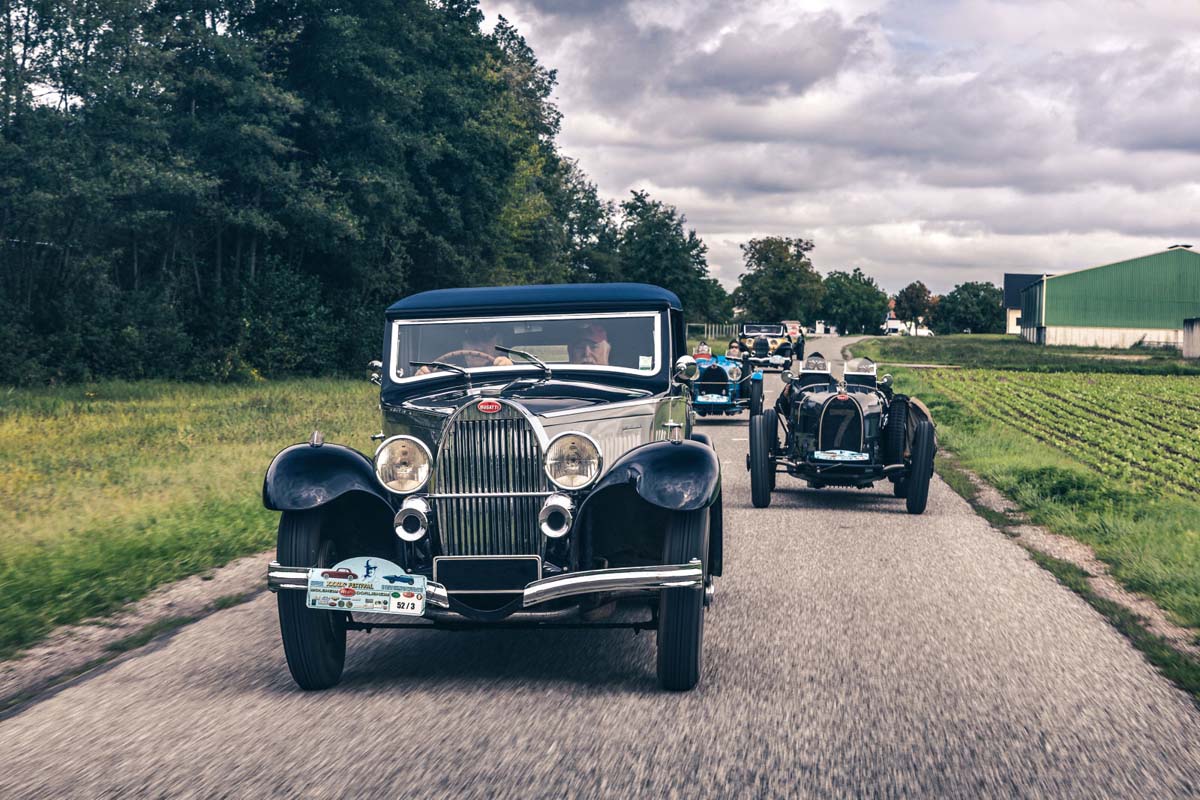 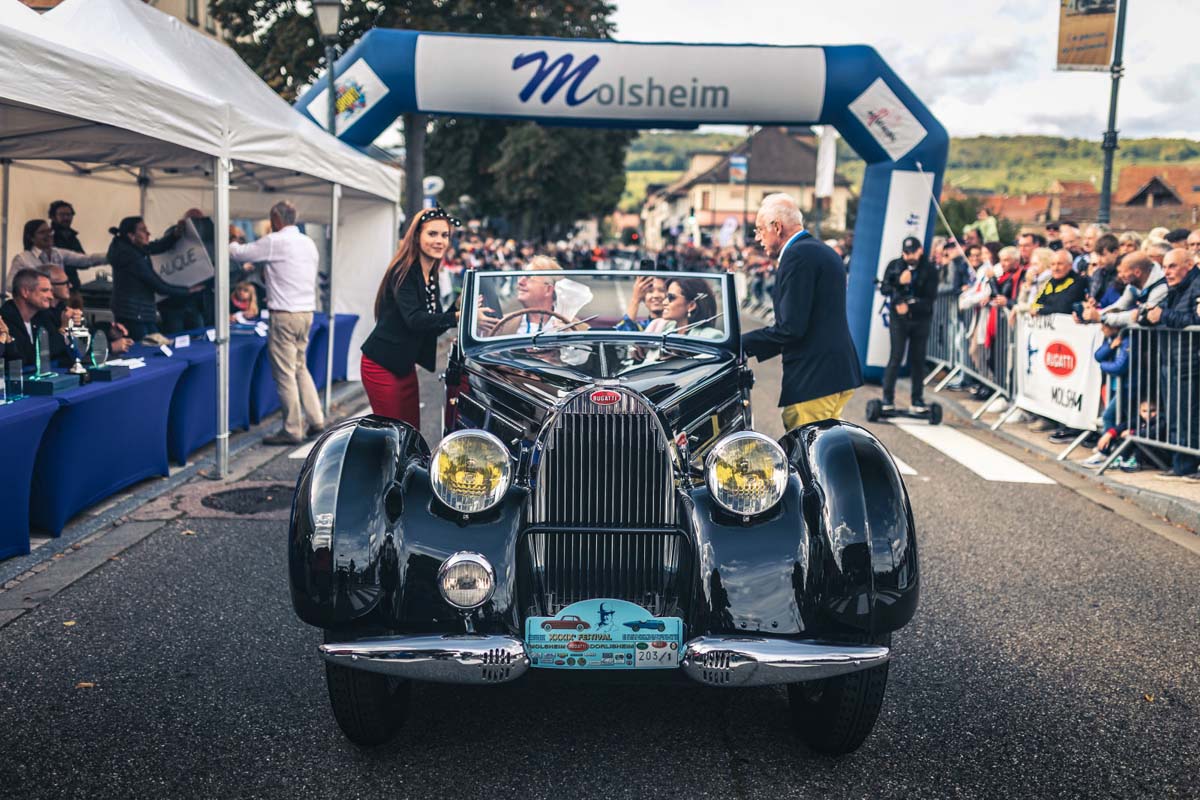 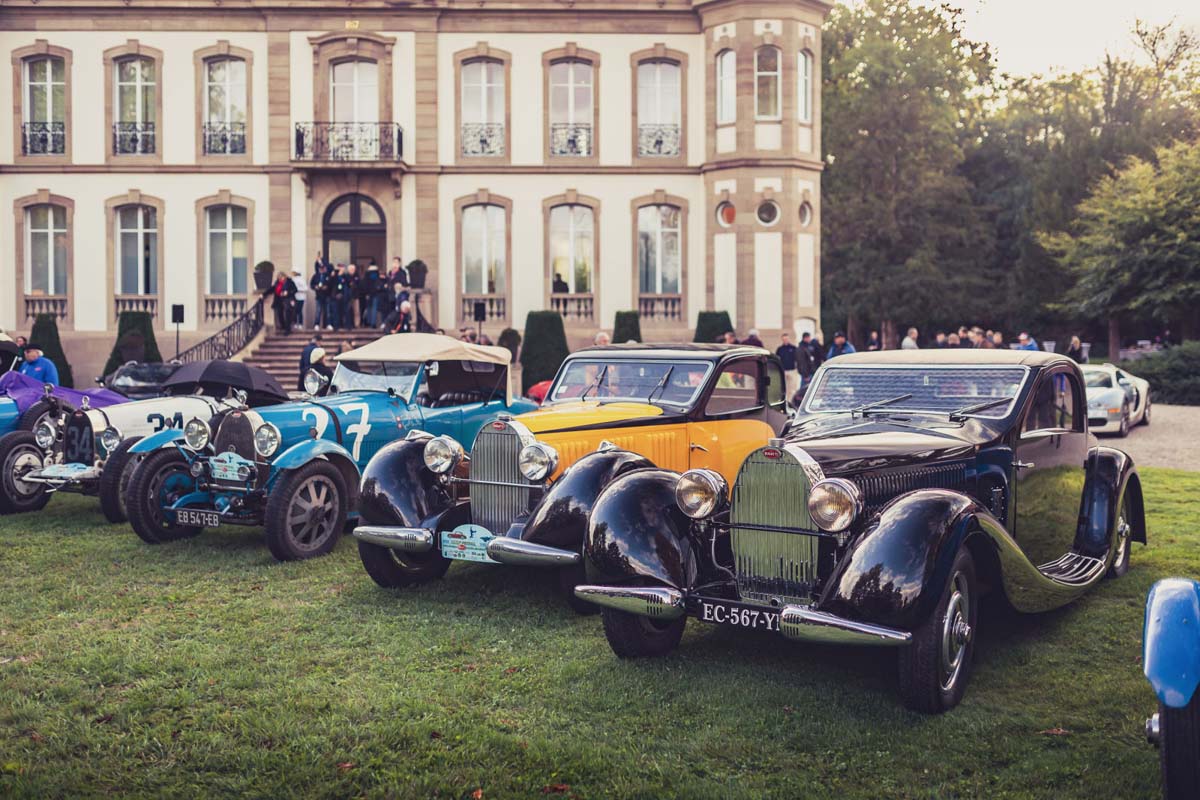 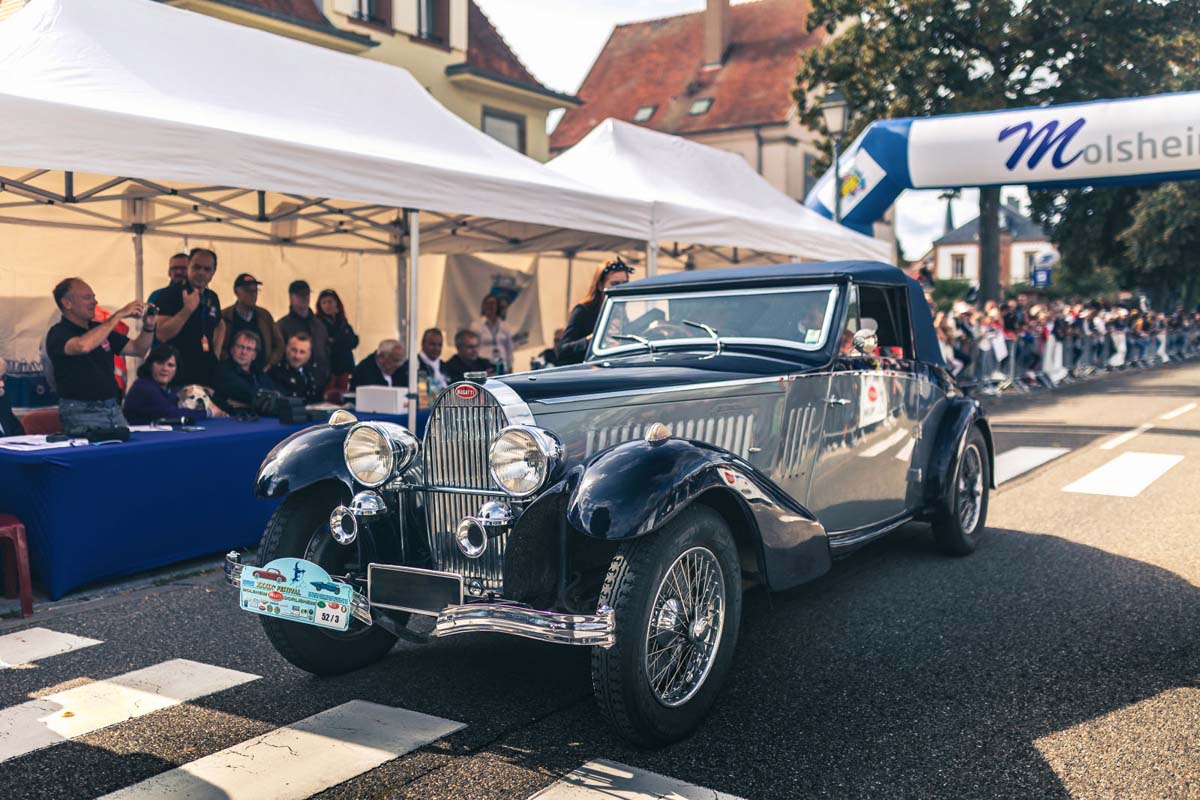 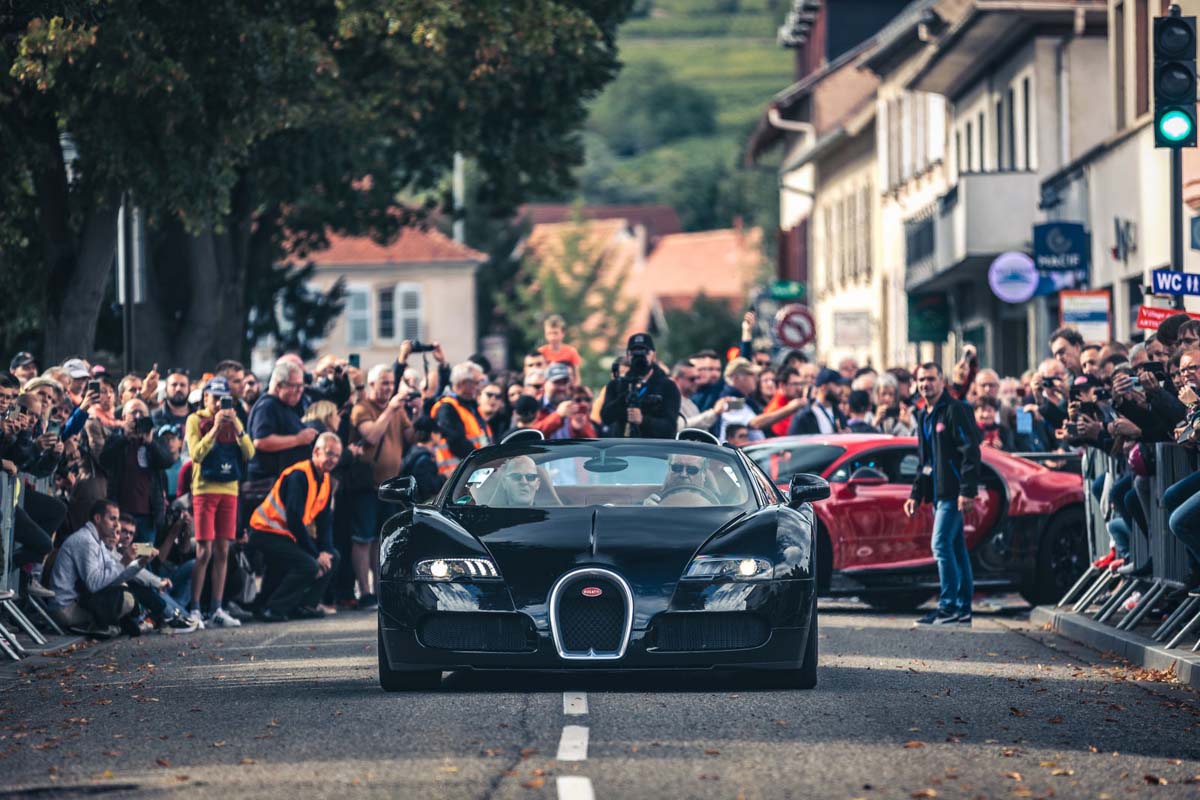 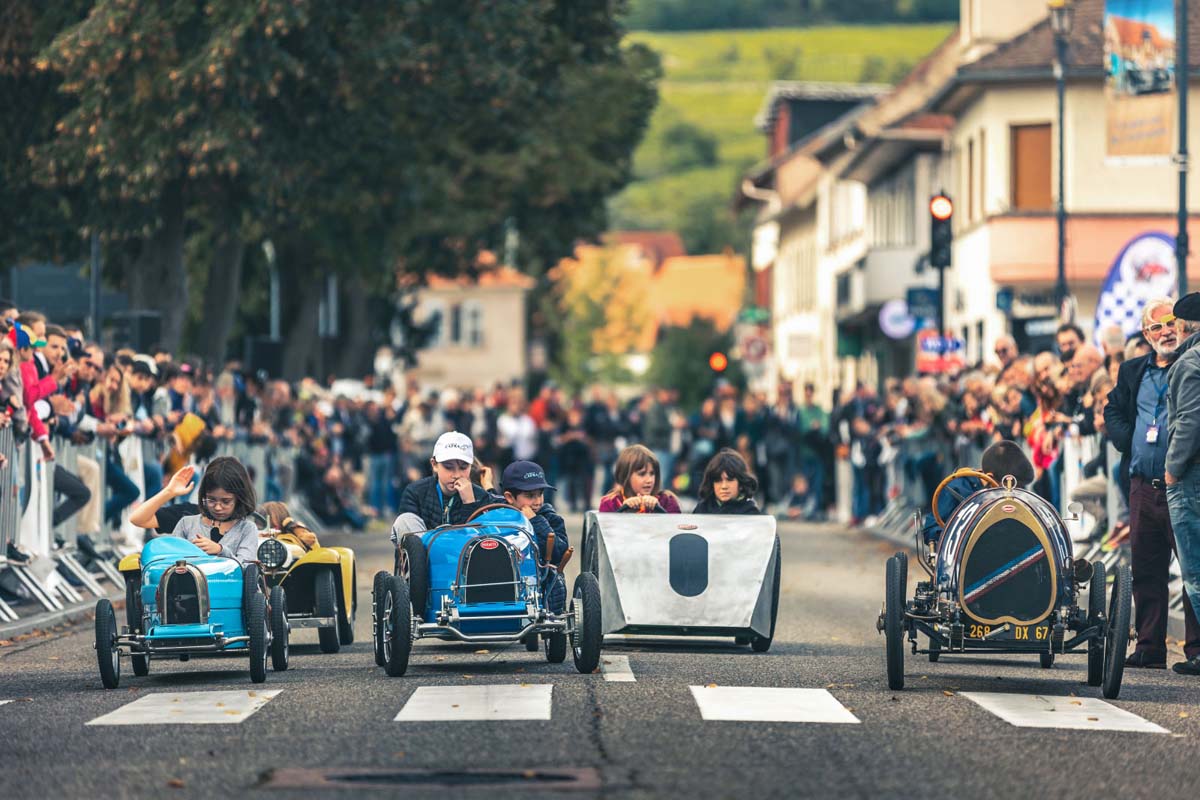 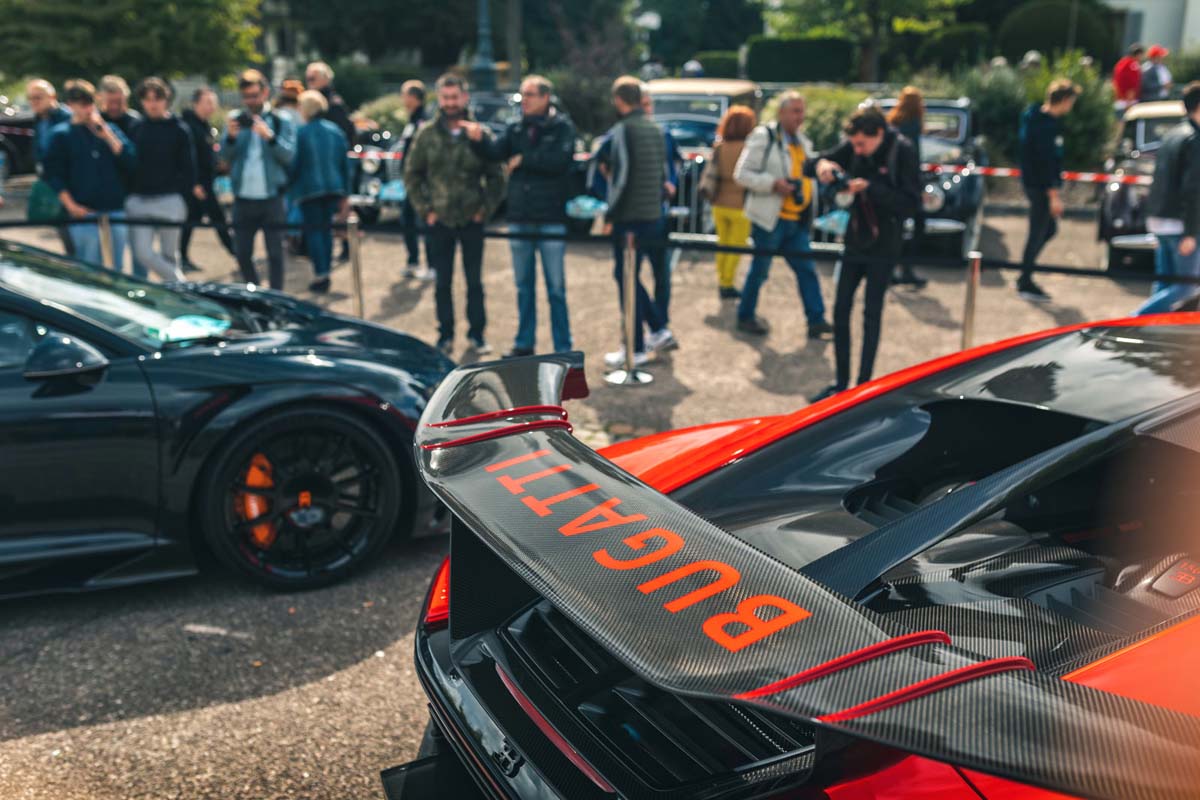 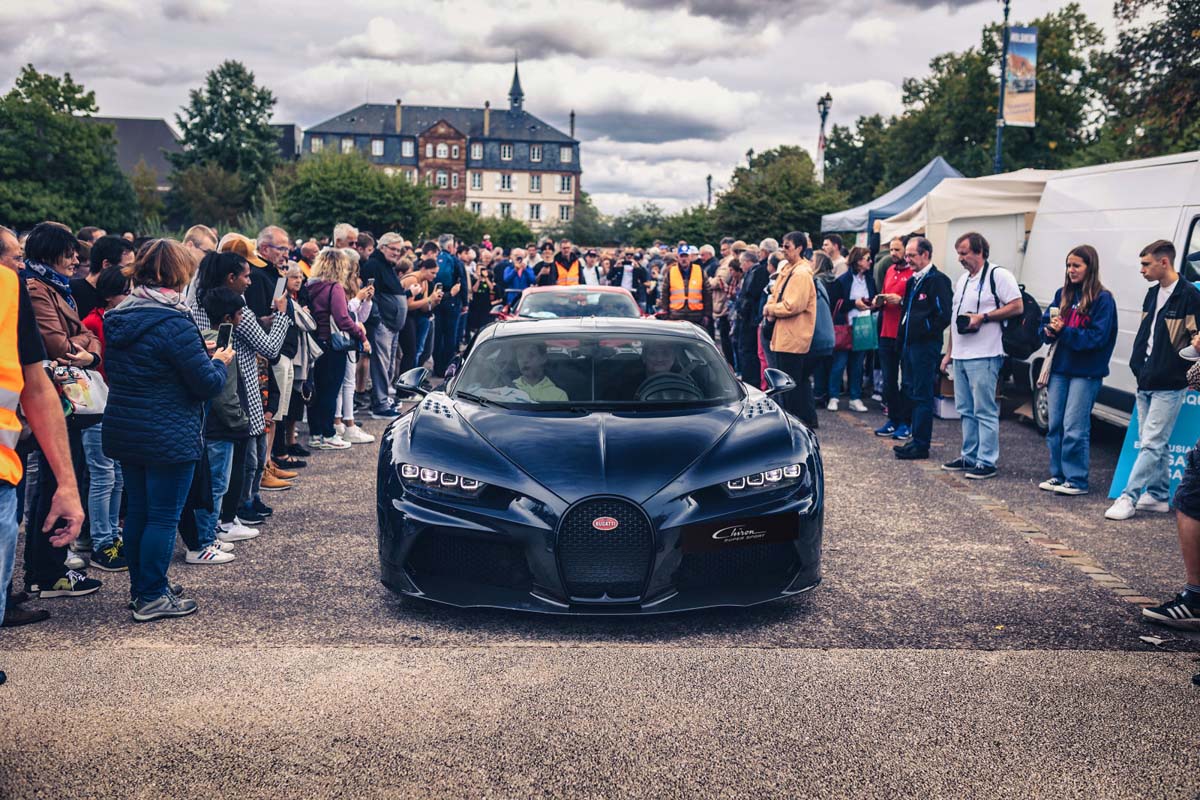 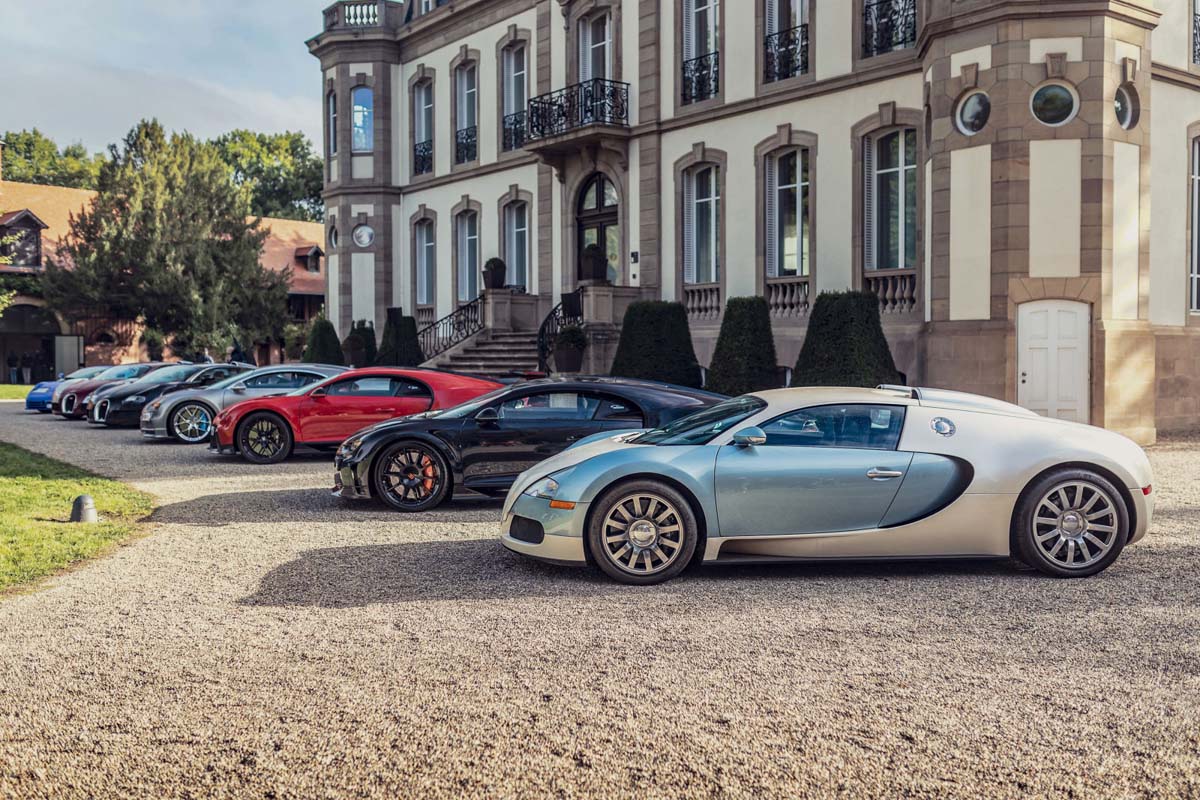 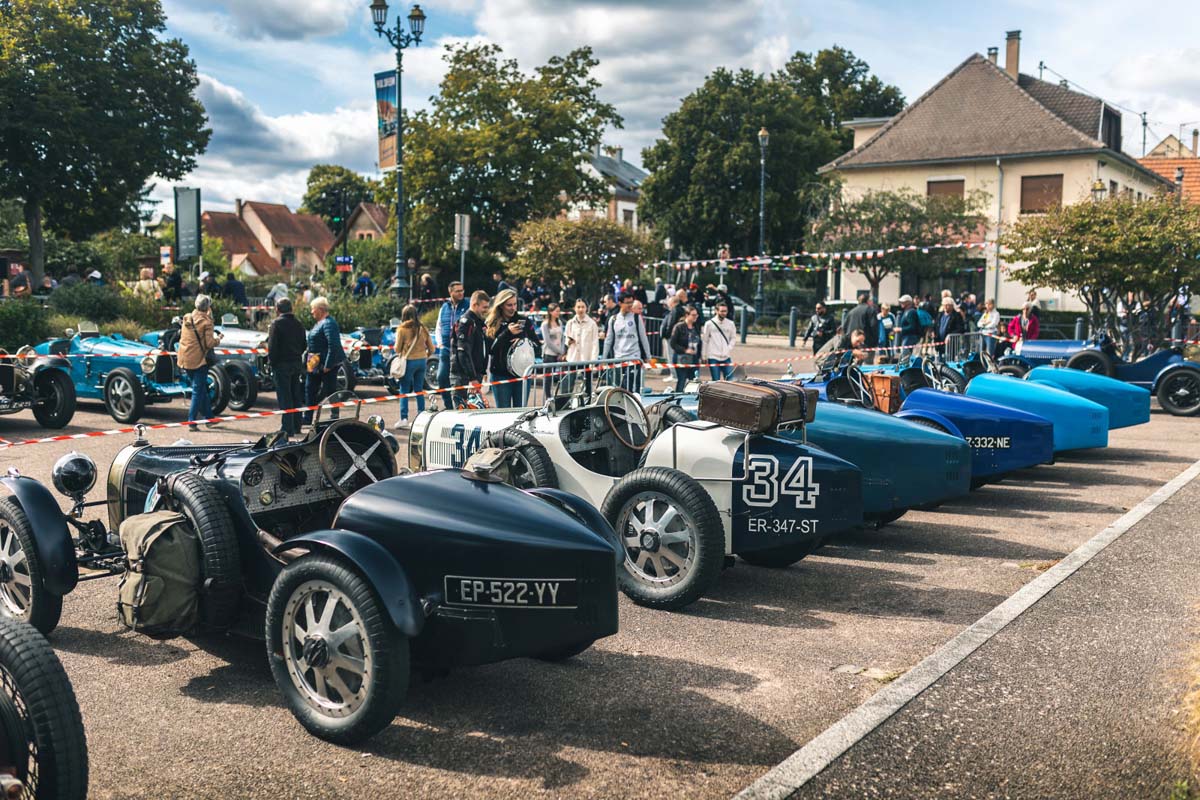