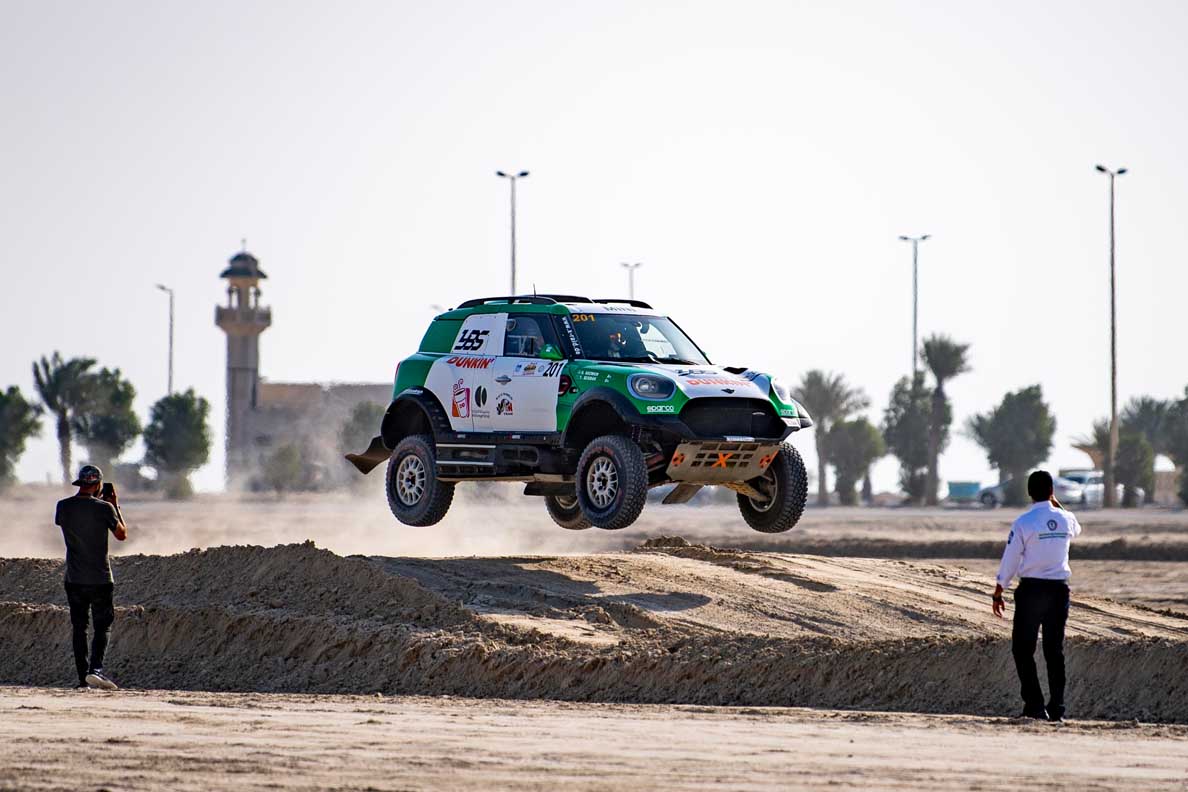 Yasir Seaidan set the fastest time on the opening 10km Qualifying Stage of the Sharqiyah International Baja Toyota in the Half Moon Bay area of Saudi Arabia’s Eastern Province on Thursday afternoon.

Seaidan and co-driver Alexey Kuzmich posted a time of 6min 22sec for the sandy test in their Mini John Cooper Works Rally and duly edged into a lead of 26 seconds over Miroslav Zapletal at the wheel of his self-built Ford F-150.

Eleven FIA machines, 26 cars entered in the National Rally, one truck, 21 motorcycles and 10 quads were eventually permitted to take the start line of the third round of the 2021 FIA World Cup for Cross-Country Bajas and round one of the Saudi Toyota Desert Rally Championship being hosted by the Saudi Automobile and Motorcycle Federation (SAMF).

Former Hail International Rally winner Saleh Al-Abdelali was not able to start in his Hummer after it fell foul of pre-event scrutineering checks. Event Stewards deemed that certain fuel connections contravened FIA technical regulations and a start was refused on safety grounds. He duly entered the National Rally along with Saudi rival Ibrahim Ben Salman.

Al-Mashna Al-Shammeri topped the unofficial times in the National Rally before any time penalties were imposed, the Nissan Patrol driver completing the special in front of Al-Abdelali. Motab Saudi Al-Shammeri was third.

Saudi rider Abdulhalim Al-Mogheera guided his KTM EXC 450 to the fastest time in the motorcycle category, the Saudi finishing the stage half a minute ahead of Qutaibeh Al-Sharif’s more powerful KTM. Pre-event two-wheel favourite Mishaal Al-Ghuneim dropped three minutes to the stage winner and faces a fight back through the field on Friday.

Competitors will tackle the first of two desert selections through the sandy deserts of the Eastern Province on Friday morning. The leading FIA cars will take the start of the 217.50km stage from 10.10hrs. There will be three passage controls on the timed section, positioned at the 30.73km, 138.50km and 172.56km points. 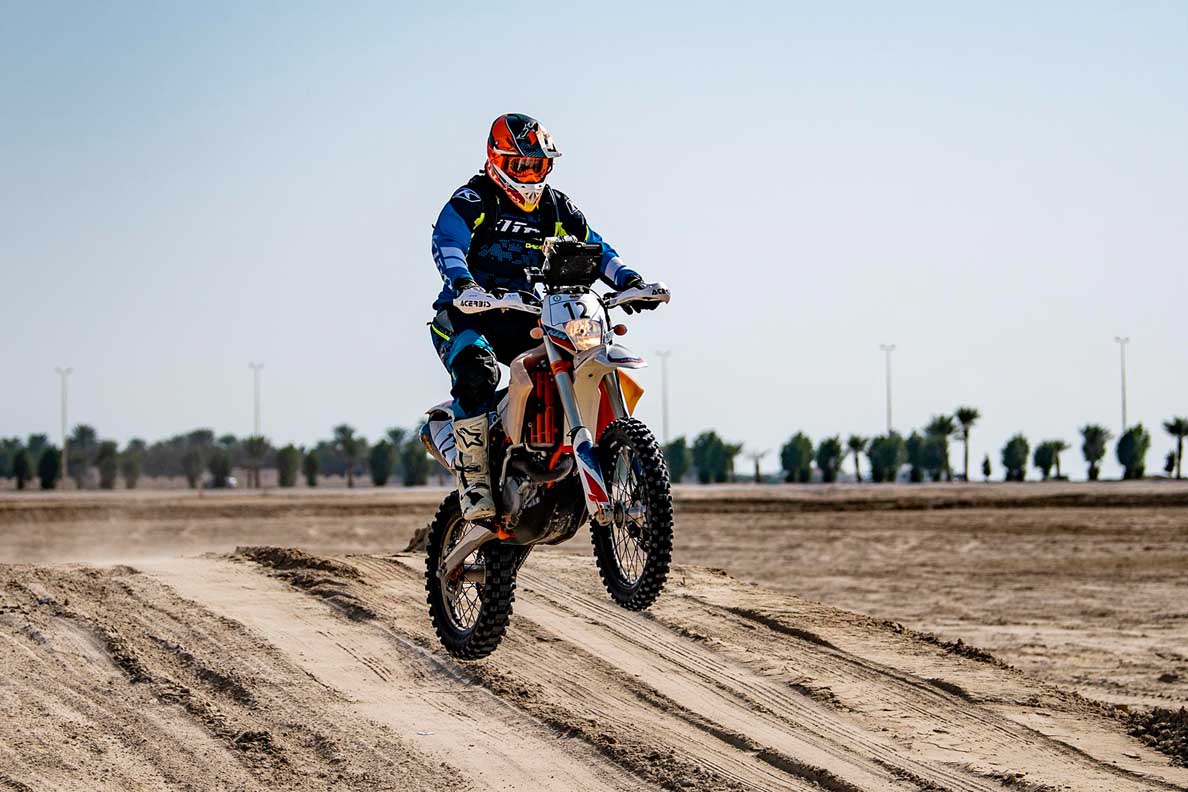 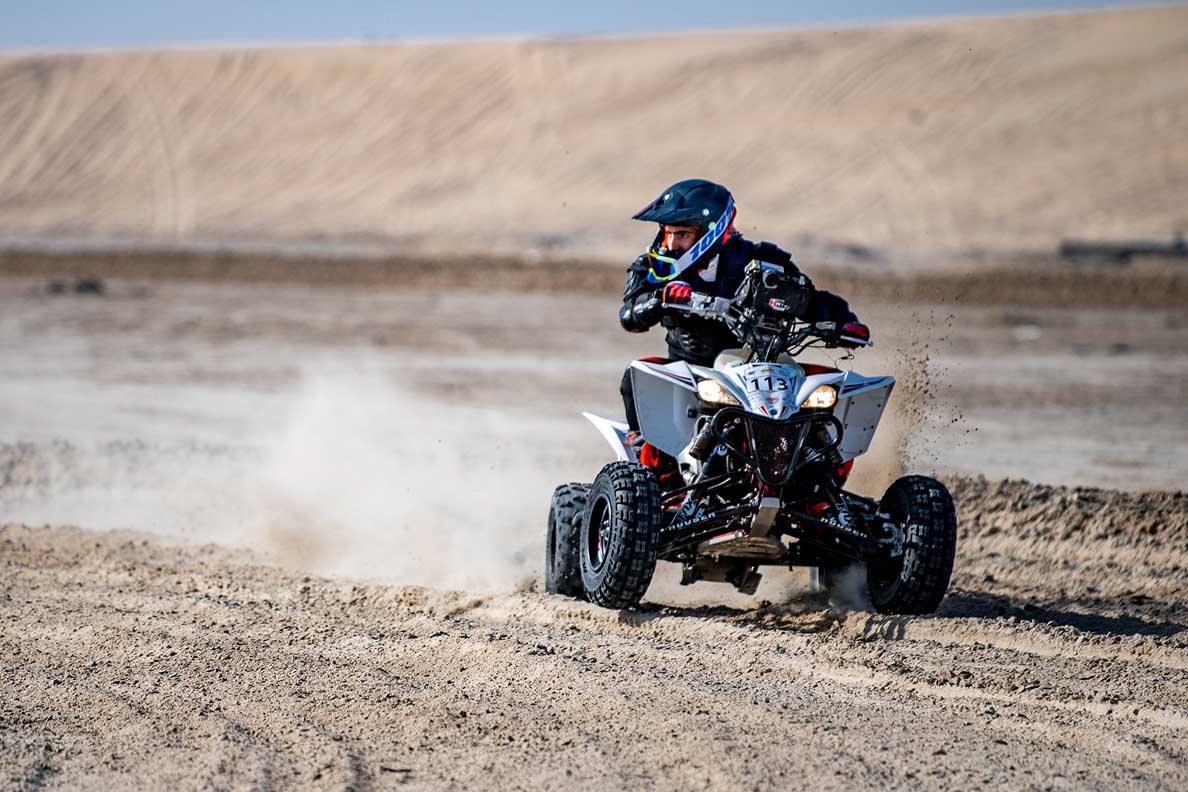 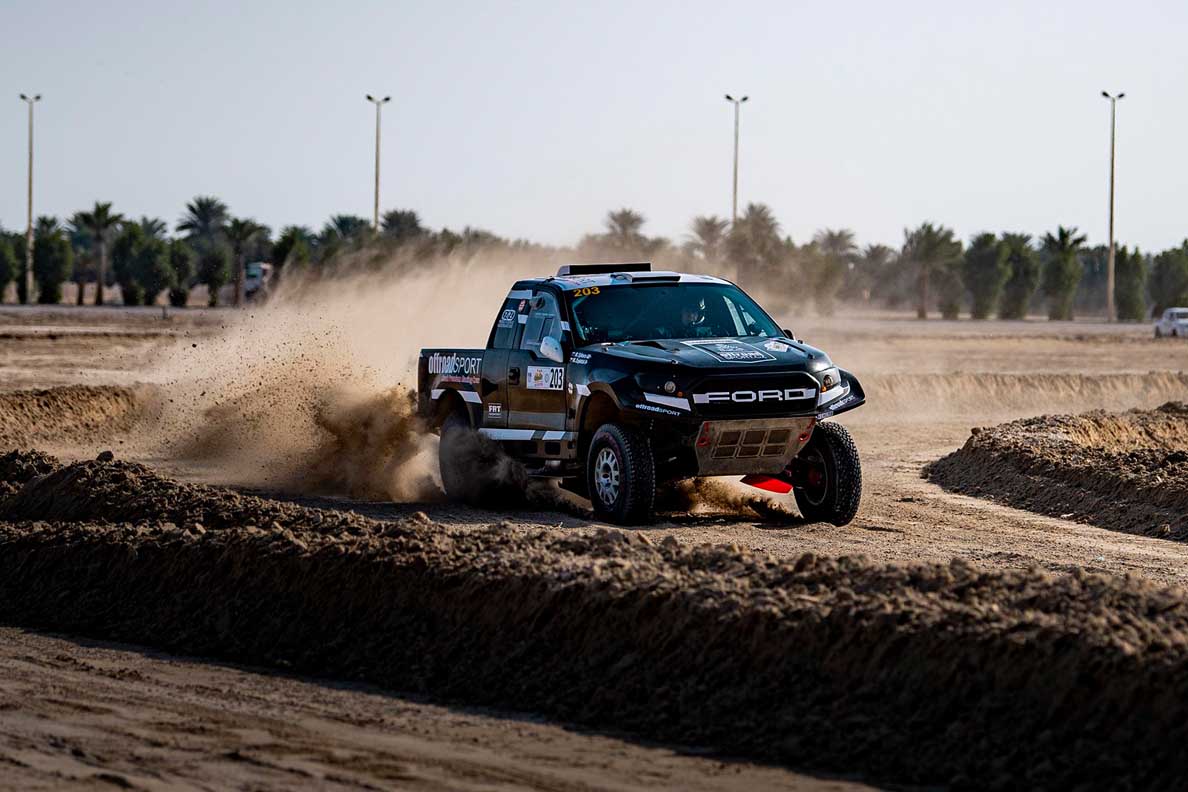 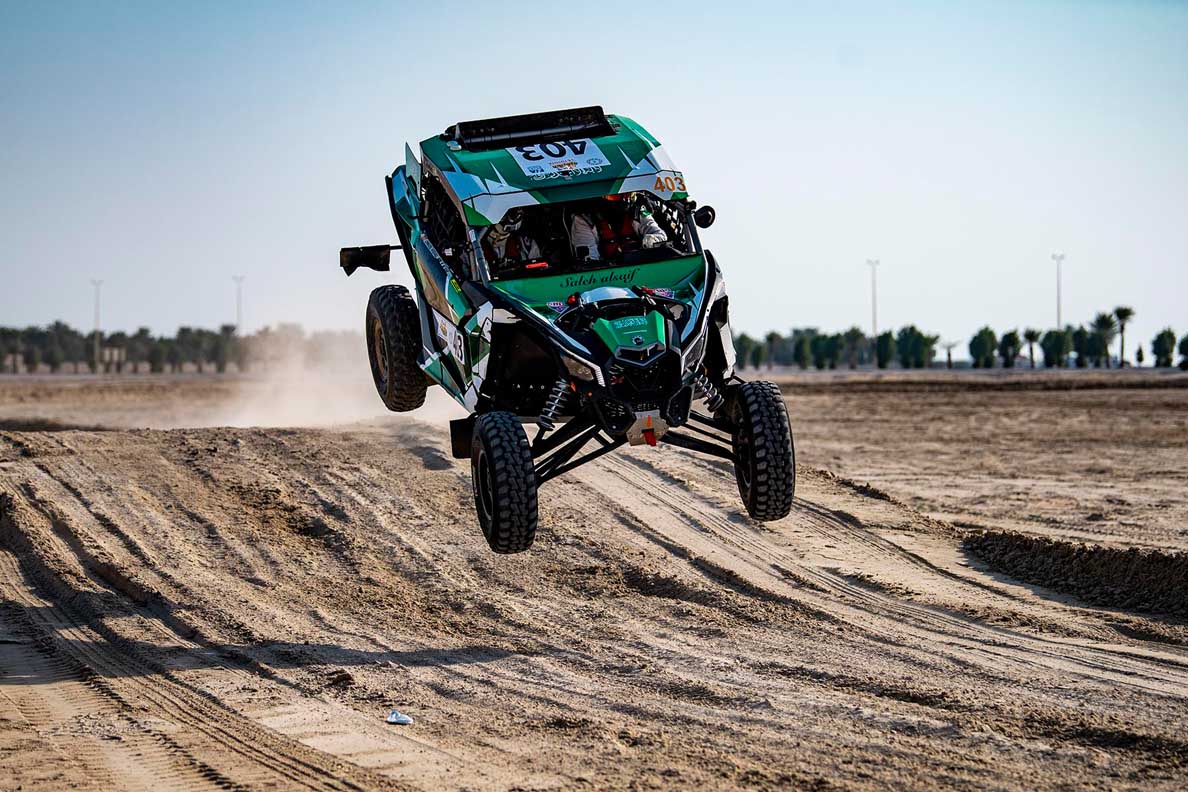 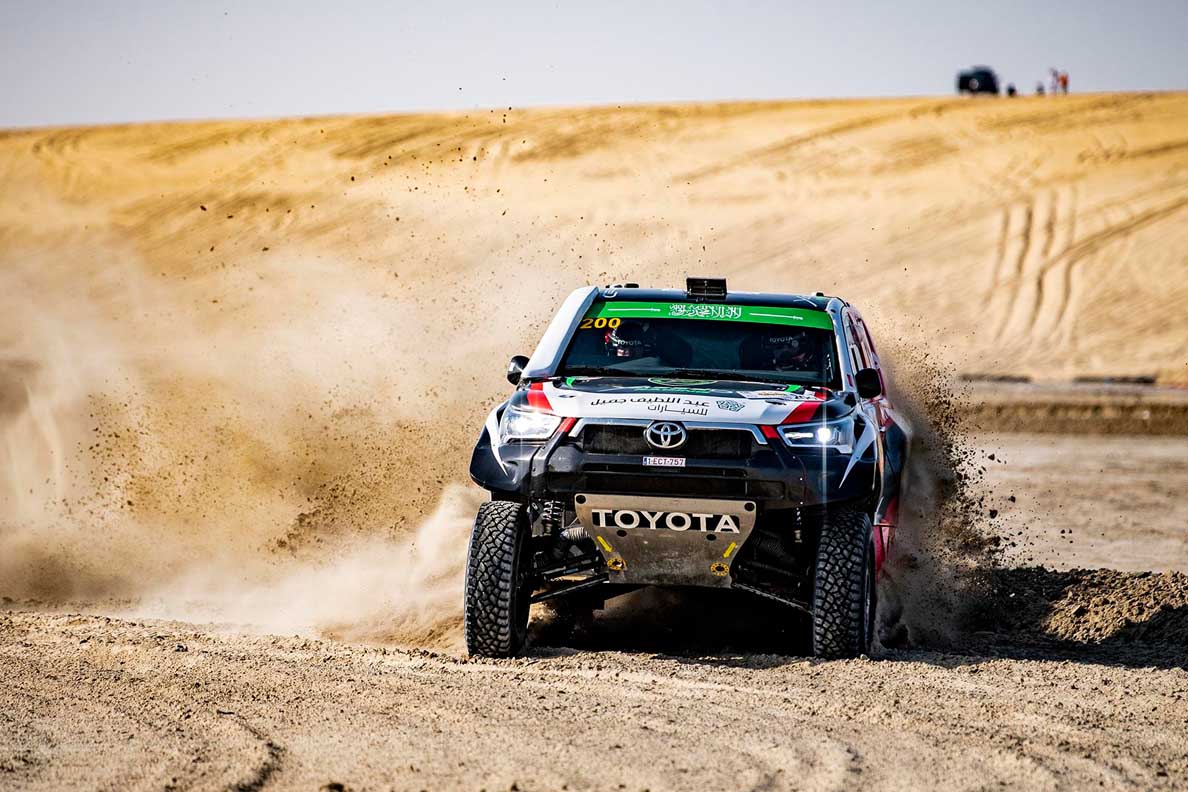