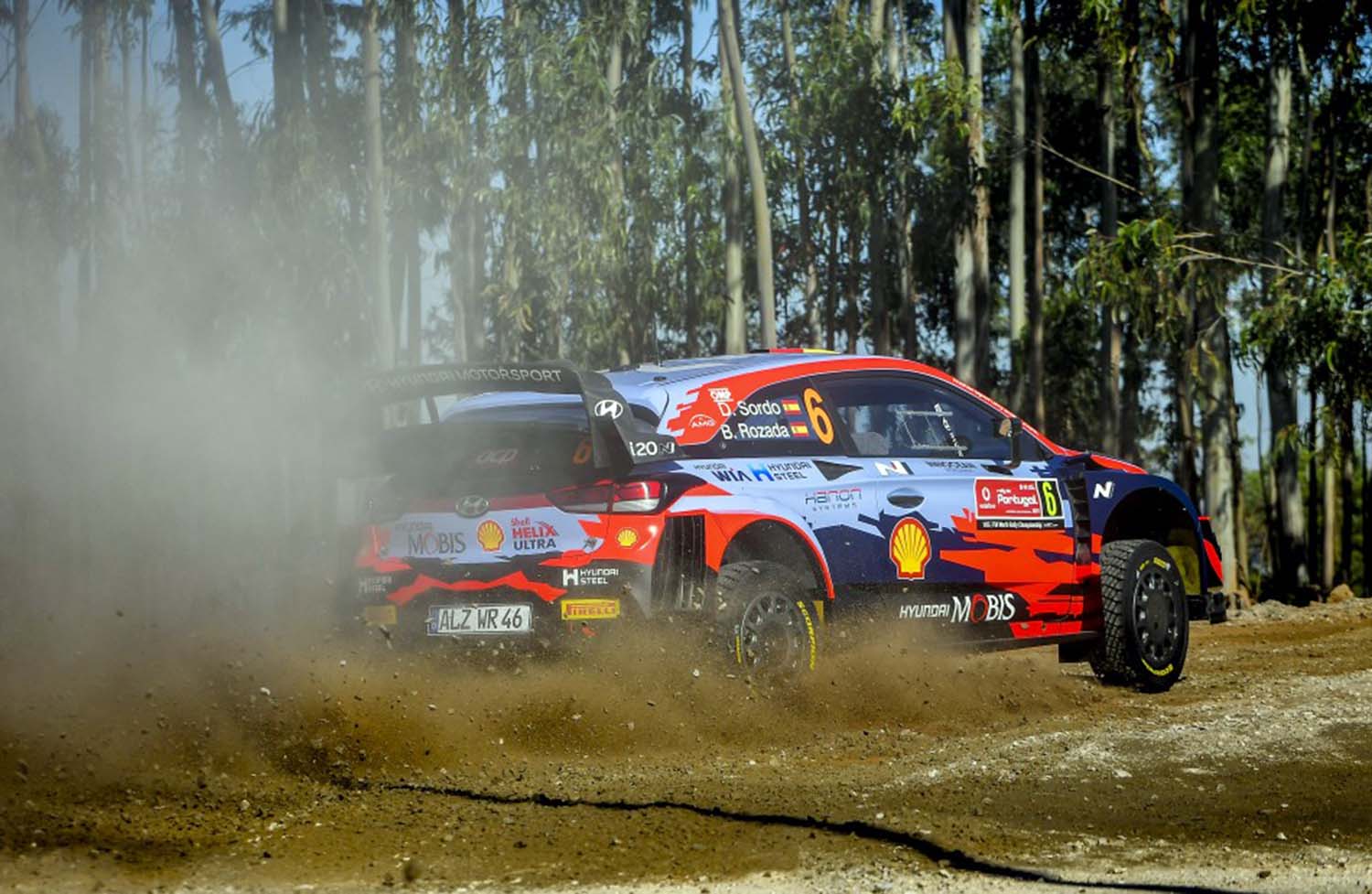 Dani Sordo headed a Hyundai Motorsport clean sweep of the podium places at Vodafone Rally de Portugal after a dominant Friday morning for the Korean manufacturer.

Sordo and new co-driver Borja Rozada took advantage of the best grip offered by a low start position on drying gravel roads to win two of the opening three special stages. Only a first stage stall denied the Spaniards a hat-trick.

They pulled into the mid-leg tyre change zone with a 6.7sec lead over the similar i20 World Rally Car of Ott Tänak after winning the Góis and the classic Arganil speed tests. Thierry Neuville was a further 3.3sec behind in third.

Tyre management was crucial. All frontline drivers opted for four soft compound Pirelli tyres and a harder spare. While some opted to use the harder rubber later in the loop, Sordo stayed on the soft tyres throughout.

Takamoto Katsuta was 1.4sec behind Evans in another Yaris with Adrien Fourmaux completing the top six in a Ford Fiesta on his first gravel outing in the car. The Frenchman quickly learned that following the cleaner line of the drivers ahead was key to good times.

Kalle Rovanperä was a frustrated seventh. The young Finn was troubled by understeer in his Yaris and having tested on wetter roads, he felt the car’s set-up was to blame.

Sébastien Ogier struggled with the least grip on the sandy roads from first in the start order. The FIA World Rally Championship leader was more than half a minute adrift in eighth.

Gus Greensmith was fourth in the opening Lousã but a rear right puncture in Arganil cost 45sec and he plunged to ninth. FIA WRC2 leader Esapekka Lappi completed the leaderboard in his Movisport-run Volkswagen Polo GTI, in front of teammate Nicolay Gryazin, and M-Sport Ford’s Teemu Suninen in a Ford Fiesta Mk II.

Pierre-Louis Loubet was the rally’s first major casualty after crashing his i20 in Góis.