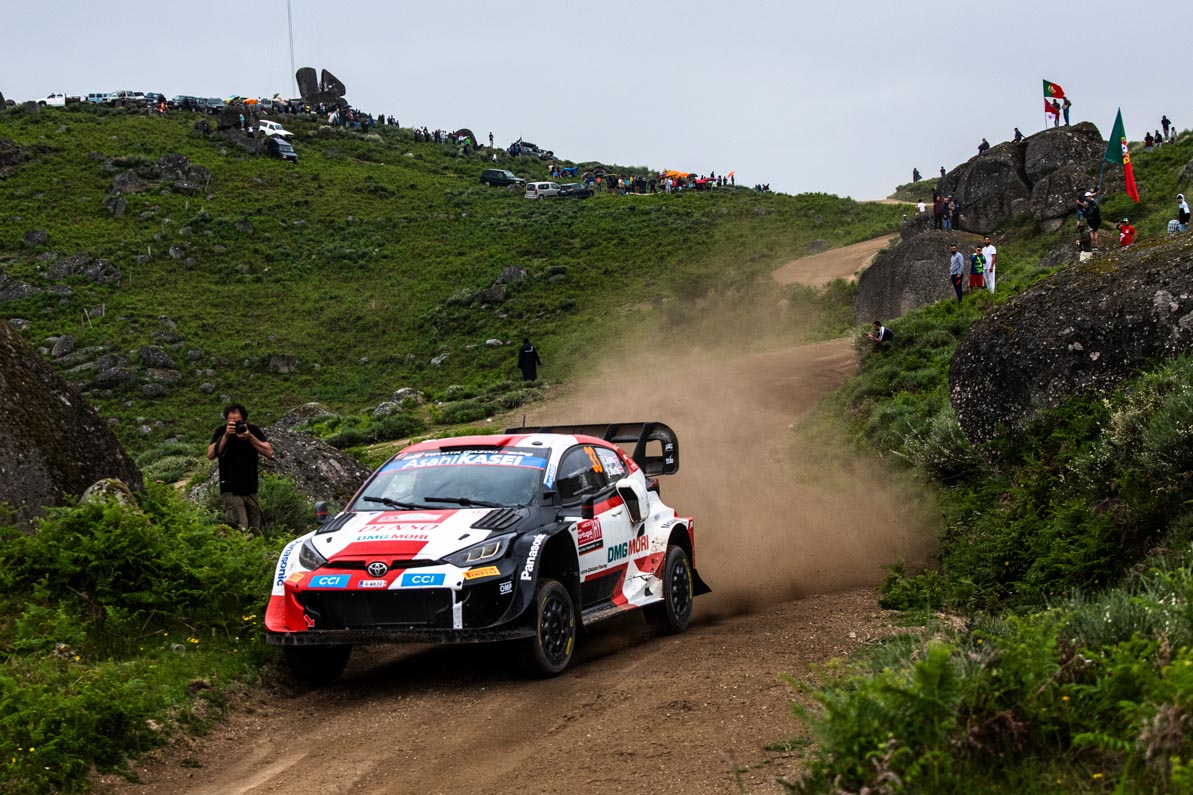 The Finn trailed Evans by almost 20sec midway through the longest leg of the event before crushing the Welshman this afternoon. He will carry a 5.7sec advantage into Sunday’s closing day in pursuit of his third straight rally win.

Evans had led this fourth round of the FIA World Rally Championship for virtually the entire distance in his Toyota GR Yaris, but Rovanperä won this afternoon’s opening two tests to trim the deficit to 9.9sec.

Then rain in the second pass of the long Amarante stage handed Rovanperä a vital advantage. It became increasingly heavy and with Evans starting four minutes after his colleague, he conceded almost 14sec and the lead.

“I’m sure we could have done a bit more in places,” reflected Evans later. “The rain did not help us in the long one, but Kalle has driven well. We have to keep the pressure on tomorrow and see what is possible.”

Earlier Evans had the best of a morning which was heavily influenced by tyre choice. Both

favoured Pirelli’s soft compound Scorpion rubber which offered more grip on the powdery Cabreira Mountain roads than the harder option chosen by others.

Takamoto Katsuta ensured a Toyota Gazoo Racing lockout of the top three after overhauling Dani Sordo for third this morning. Katsuta defeated the Hyundai i20 N pilot on all but one stage to carry a 5.7sec advantage into the overnight halt, almost two minutes off the lead.

Both must keep an eye on a charging Thierry Neuville. The Belgian climbed two places to fifth this morning but was almost a minute behind team-mate Sordo at the midpoint. A blistering drive in Amarante before the rain took hold enabled him to close to within 30.1sec.

Ford Puma team-mates Pierre-Louis Loubet and Craig Breen lost time on hard tyres this morning. Loubet’s choice was compounded by a spin and he fell behind the Irishman when jammed windscreen wipers hindered his visibility in the rain.

Set-up improvements to the dampers and chassis at the mid-leg service encouraged Breen who demoted Loubet by 14.3sec in sixth. He ended more than 90sec behind Neuville.

Sunday’s finale is all about the extraordinary Fafe, its big jump before the finish and its crowds. Five tests clustered around the town total 48.87km, with the rally-closing Wolf Power Stage in Fafe offering vital bonus points. 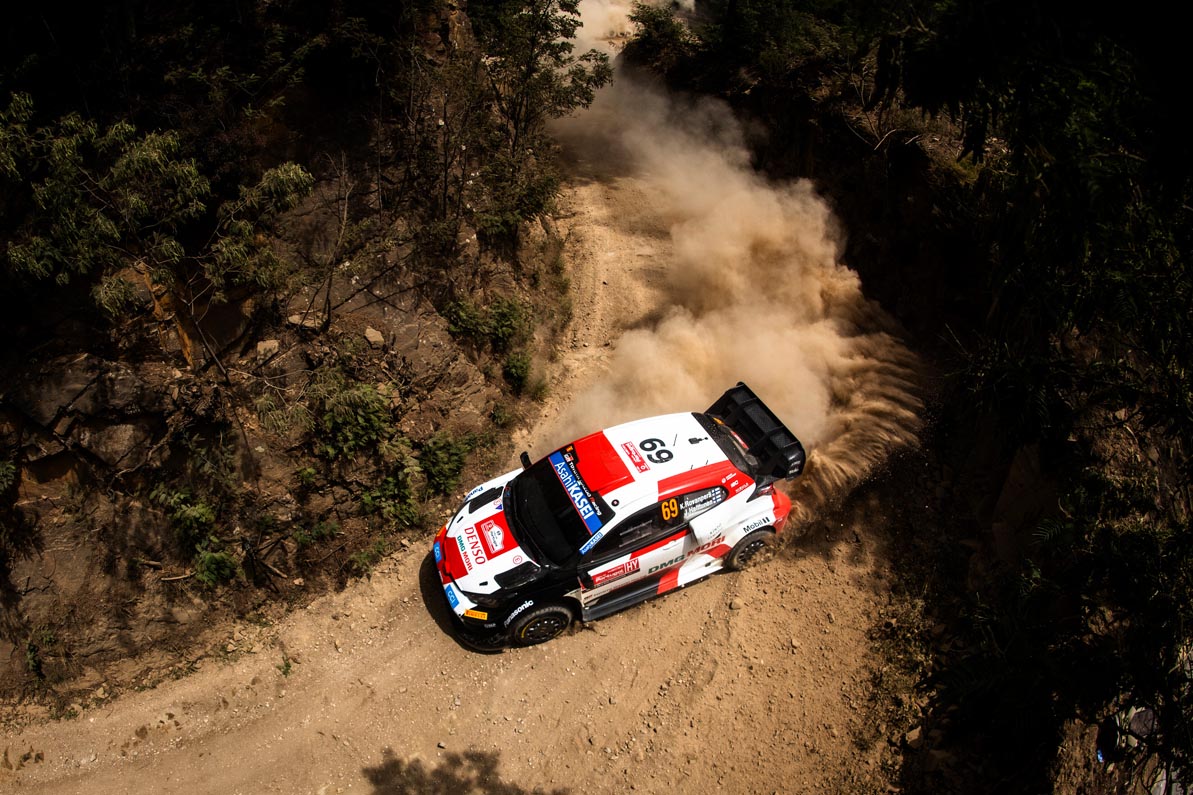 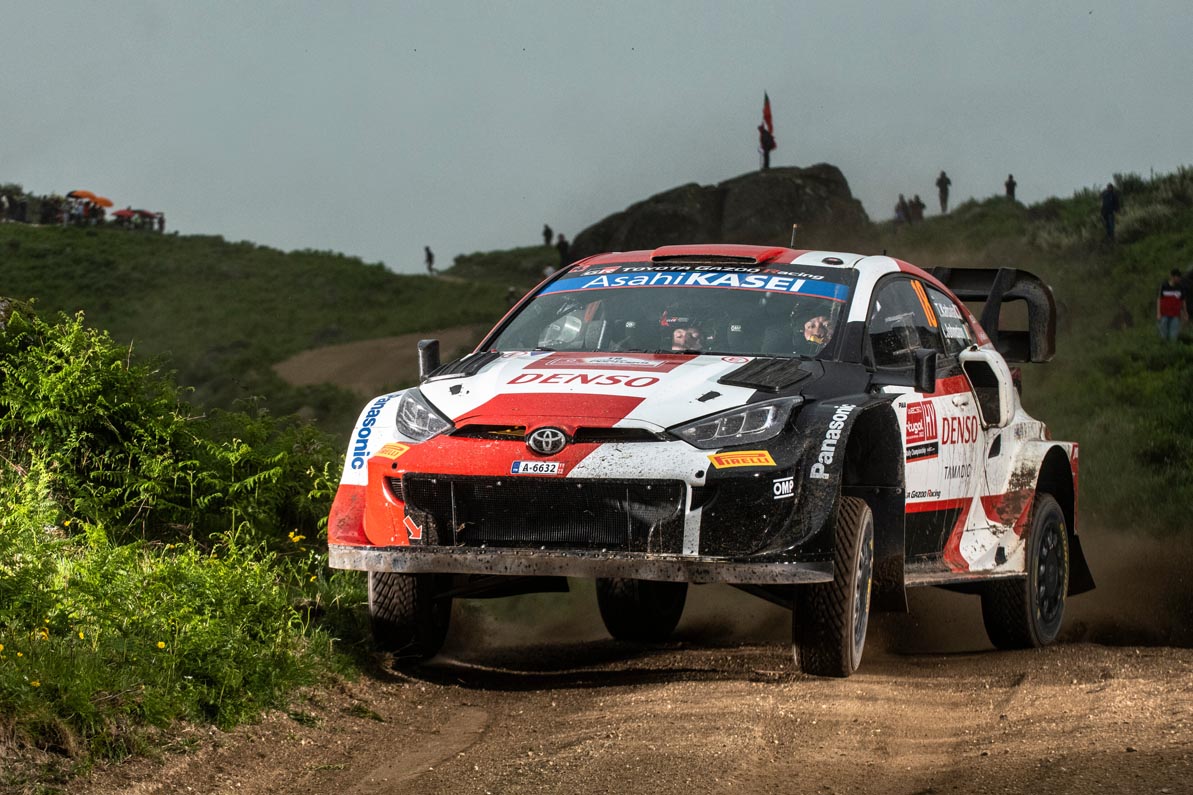 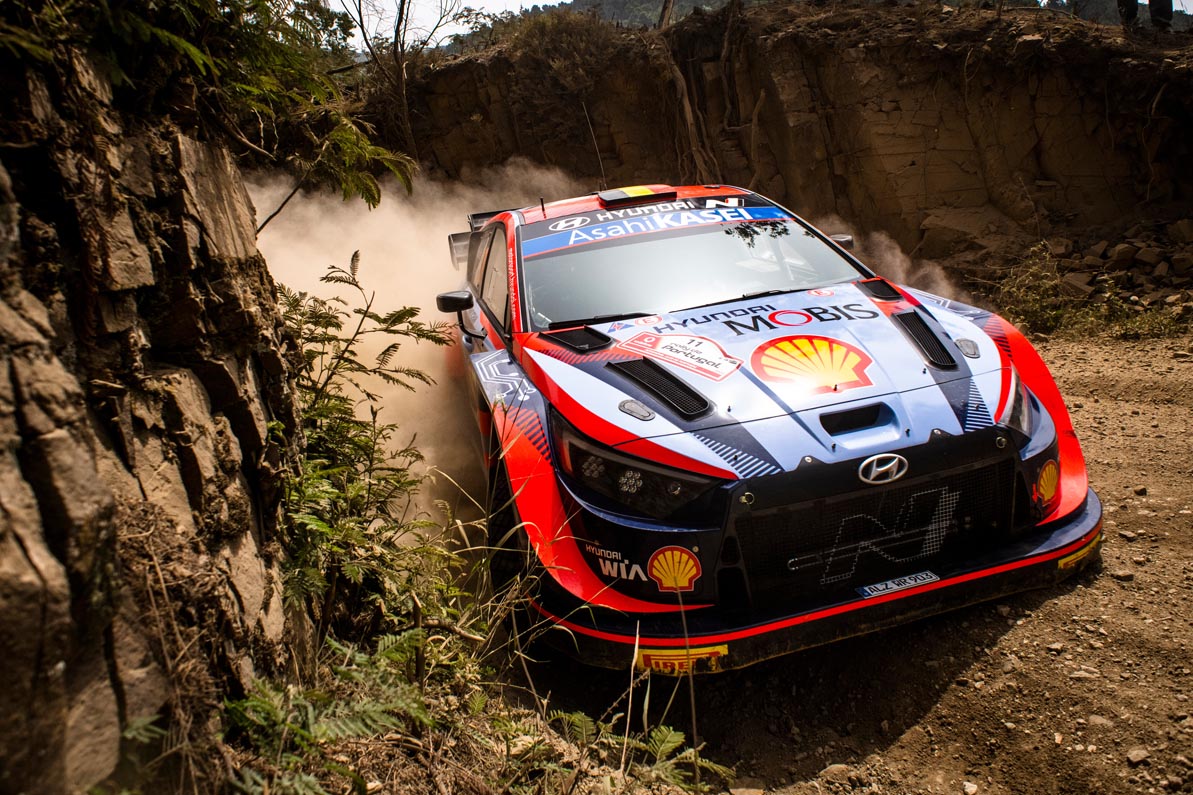 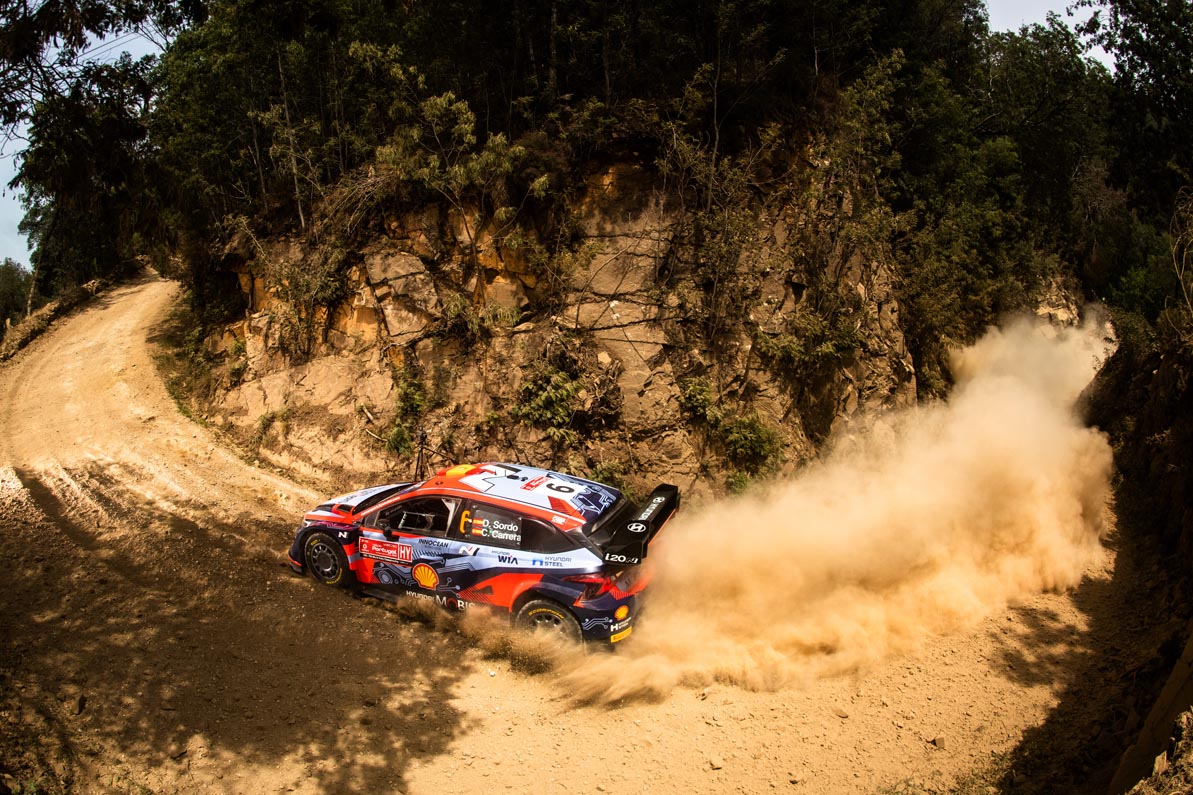 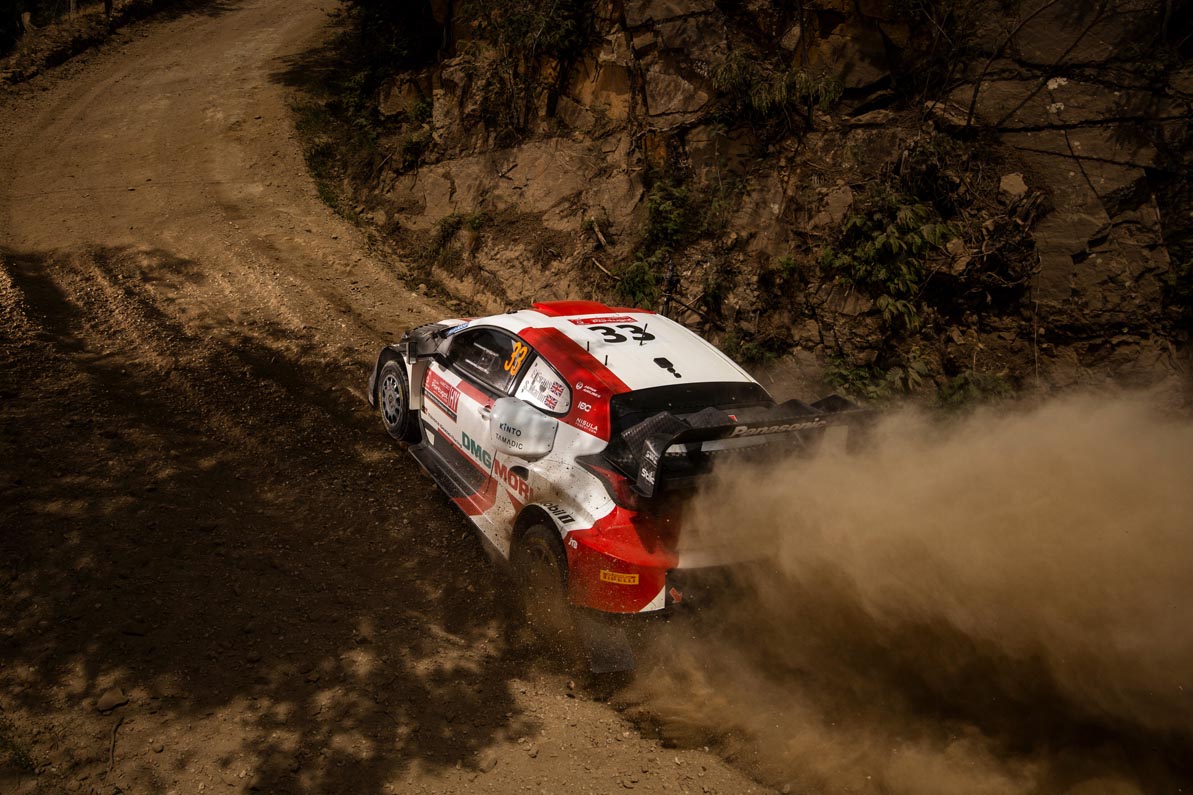