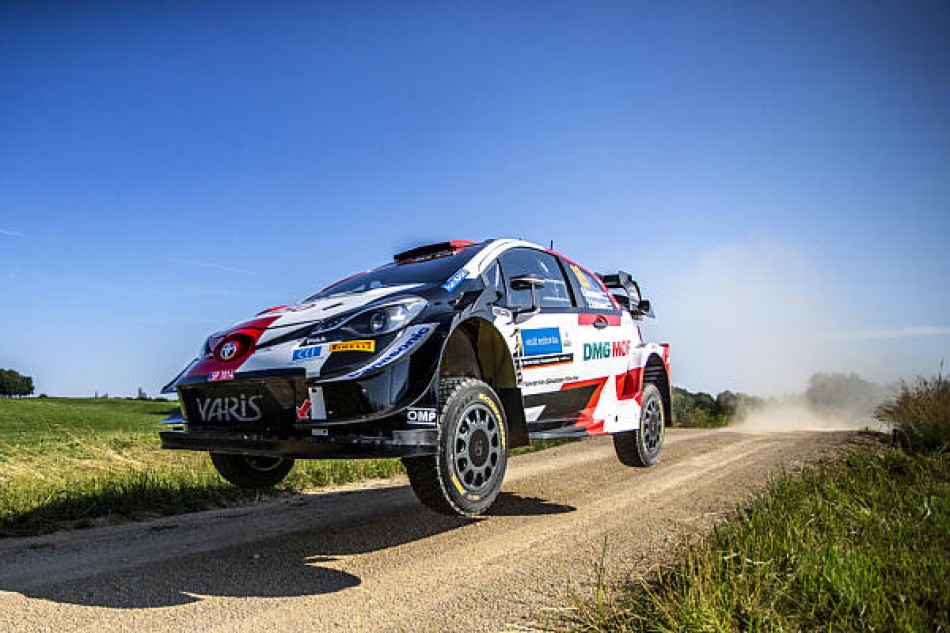 Young Finn Kalle Rovanperä set the early pace at Rally Estonia after charging to fastest time by the narrowest of margins in the curtain-raising speed test in Tartu on Thursday night.

The 20-year-old Toyota Yaris driver edged Craig Breen by 0.1sec in the twisty 1.64km Visit Estonia Tartu special stage, ahead of three days of flat-out competition in this seventh round of the FIA World Rally Championship.

“On Sunday we’ll see the result but like in every rally, I’ll do the best I can. This is one of the rallies where I like to drive and like to push so I hope we can fight,” said Rovanperä, who now lives in Estonia and was also quickest in the morning’s warm-up shakedown stage.

This is Breen’s first gravel outing since last September’s inaugural Estonian fixture and the Irishman was overjoyed to return. “It’s just a joy to be back again. Everything feels so nice and it’s just something else competing at this level,” enthused the Hyundai i20 driver.

Teemu Suninen was just 0.4sec adrift of Rovanperä in a Ford Fiesta in third. The Finn, another Estonian resident, could have topped the timesheets had he not run wide on a tightening right corner.

Three cars from the support categories forced their way onto the leaderboard. Jari Huttunen, driving an i20 Rally2, Mads Østberg, at the wheel of a Citroën C3 Rally2, and the Skoda Fabia Rally2 of Alexey Lukyanyuk were tied in fourth alongside the top-tier Fiesta of Gus Greensmith. The quartet were 0.6sec off the lead.

Estonian fan favourite Ott Tänak and Thierry Neuville were tied in eighth in i20s, with championship leader Sébastien Ogier rounding off the top 10.

The test followed a dazzling opening ceremony, featuring a spectacular air show from the Flying Bulls display team, which was attended by Estonian president Kersti Kaljulaid.

The action begins in earnest in Friday’s opening leg, which is centred around Otepää in south Estonia, regarded as the country’s winter capital. A double loop of four super-fast gravel stages are separated by service, totalling 128.24km.