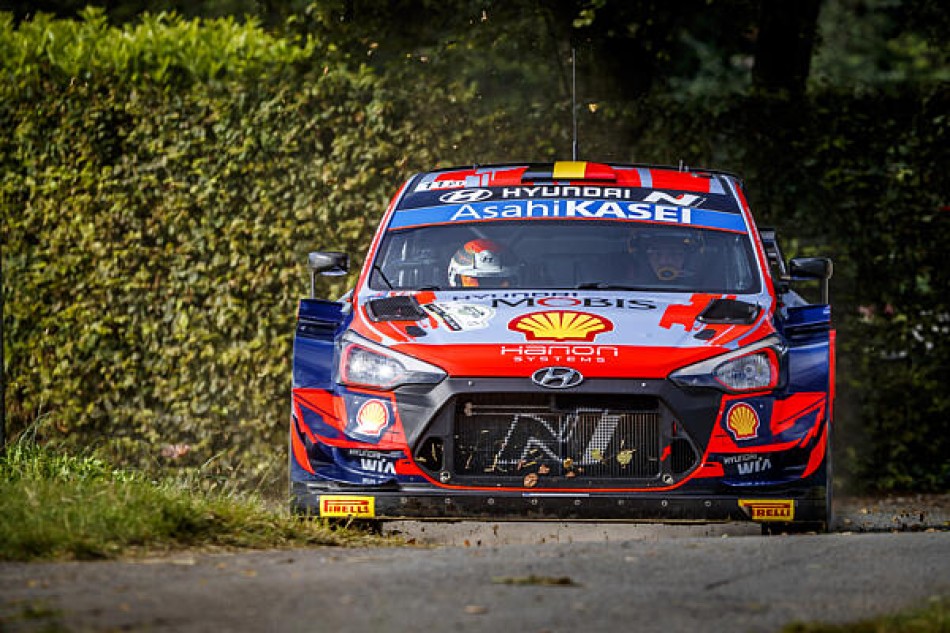 Thierry Neuville and Craig Breen resumed their thrilling duel for supremacy at Ypres Rally Belgium on Saturday morning with Neuville on top after repelling a determined charge from the Irishman.

The pair were separated by 7.6sec after Friday’s frantic opening leg. Breen threw down the gauntlet to win the opening two asphalt speed tests through the farm lanes of Hollebeke and Dikkebus to trim the deficit to 3.5sec.

Neuville fought back and beat his Hyundai i20 World Rally Car team-mate in Watou and Mesen – Middelhoek, setting fastest time in the latter, to return to Ypres for mid-leg service with his lead up to 6.8sec.

Breen was briefly hindered in Hollebeke when third-placed team-mate Ott Tänak stopped to change a front wheel puncture and pulled back onto the road just ahead of his colleague. The Estonian pulled over shortly afterwards to allow Breen by.

Tänak’s delay, compounded by a faulty jack which slowed the tyre change, allowed Elfyn Evans into third in a Toyota Yaris. The Welshman demoted team-mate Kalle Rovanperä and went fastest in Watou to head his colleague by 2.1sec.

Championship leader Sébastien Ogier was 10.3sec further adrift in fifth in another Yaris. The Frenchman felt he was ‘still missing a little bit’ in terms of performance but had no pressure from behind with the unfortunate Tänak almost three minutes behind.

Toyota’s challenge was down to three after Takamoto Katsuta crashed heavily. The Japanese driver hit a bump in a fast corner which threw his Yaris into a ditch. It pirouetted through the air and hit an electricity pole before a violent landing. He and co-driver Keaton Williams were unhurt but their rally was over.

Pierre-Louis Loubet also retired when the Frenchman drifted wide into a ditch on the exit of a tight right corner in Hollebeke and his i20 could not be retrieved.