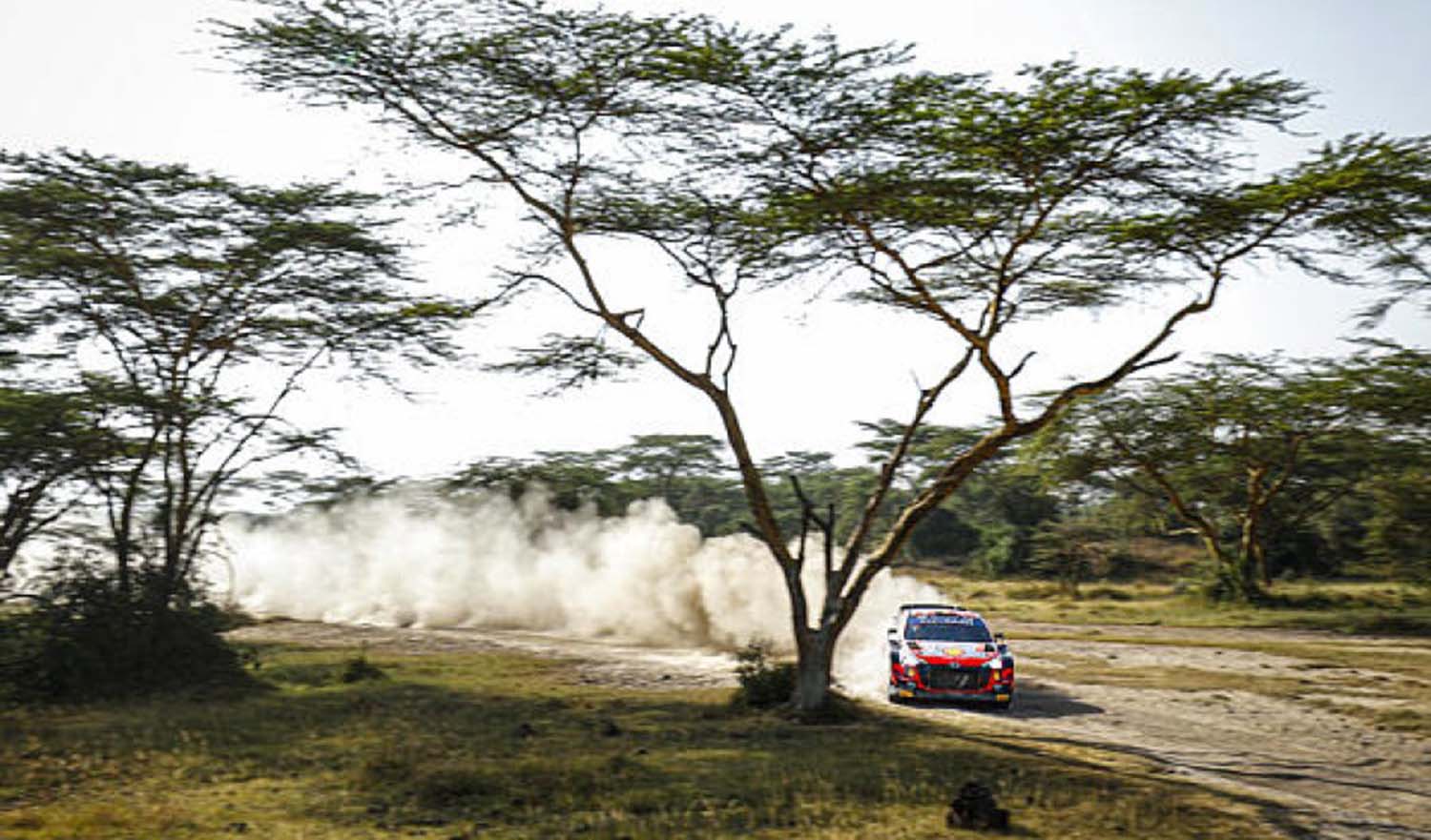 Amid stunning scenery and on smoother and faster roads around Lake Elmenteita, the Hyundai i20 pilot was quickest out of the blocks to win the opening Elmenteita speed test and widen his advantage to 26.3sec over Takamoto Katsuta.

The pair traded times over the following stages at Soysambu and Sleeping Warrior and Neuville returned to the Naivasha service park 28.1sec clear of the Toyota Yaris man.

It was a less frantic morning all round after yesterday’s carnage which sidelined so many of the frontrunners but still far from easy.

Katsuta was cautious but the Japanese man was looking over his shoulder at the progress of Ott Tänak, who sliced nine seconds from his deficit to leave the gap at 28.1sec.

The man of the morning was championship leader Sébastien Ogier, who won both Soysambu and Sleeping Warrior. The fourth-placed Frenchman insisted he was not on a charge but his deficit to Tänak was down to 37.6sec.

Gus Greensmith remained fifth ahead of Ford Fiesta team-mate Adrien Fourmaux, separated by 39.4sec after a good morning for both. Fourmaux was second in Soysambu but had a tougher time in Sleeping Warrior when a broken roof vent allowed clouds of dust into the car and hampered visibility.

Kalle Rovanperä, restarting after retiring yesterday when his Yaris bogged down in deep sand, was seventh, almost eight minutes further back. WRC3 leader Onkar Rai was eighth, with Karan Patel and Carl Tundo completing the leaderboard after Daniel Chwist retired in Soysambu.