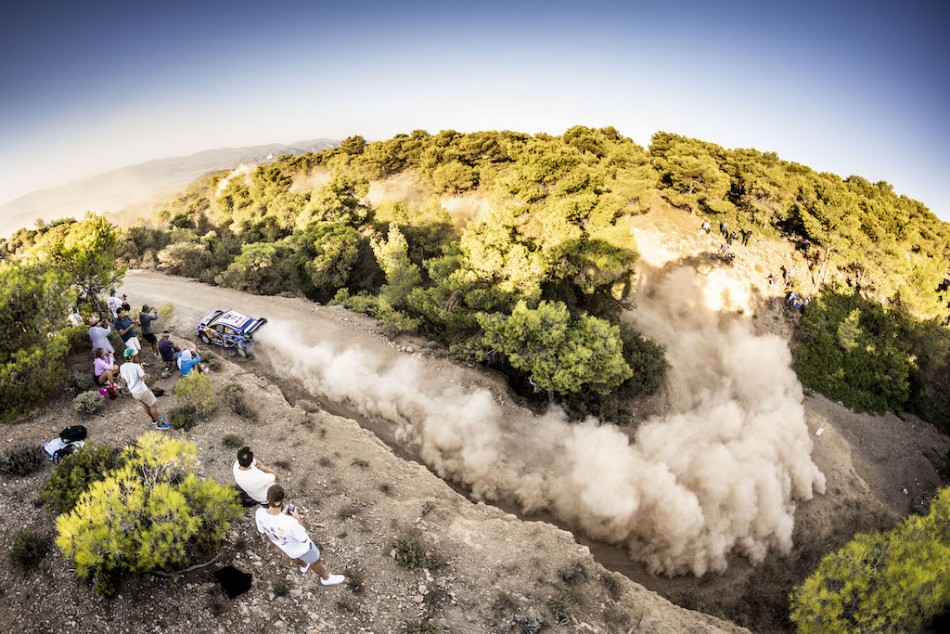 It was a dream Friday for the British squad with its Ford Puma Rally1 cars topping the timesheets on every single stage as the rally threaded its way north following Thursday night’s spectacular superspecial at the Olympic Stadium in Athens.

Co-driven by Isabelle Galmiche, was initially dominant on the rough and tough gravel roads and opened up an early advantage on his fourth FIA World Rally Championship start of the season. However, as temperatures soared, the nine-time champion lost momentum.

An overshoot on a hairpin bend on the Dafni stage was enough to break the French legend’s stride and he gave way to M-Sport team-mate Loubet, who seized the top spot while also grabbing his first stage win in the WRC’s top-flight.

Loubet looked likely to lead overnight after notching up another fastest time in Livadia but Loeb’s superior experience came to the fore, as Loubet reported a couple of minor technical issues.

Armed with previous knowledge of the stage from his last Acropolis outing in 2012, the 48-year-old Loeb shaded his apprentice by 10 seconds in Bauxites to go back in front.

“I decided to try really hard in this last one because I was losing too much time in the previous stage and I didn’t feel too confident,” Loeb said of his late push. “I just said, ‘okay, I need to finish on a good rhythm’. There was a stone in the ground which I hit sideways and it lifted the car onto two wheels, but it was no problem.”

Loubet remained upbeat despite relinquishing the position and explained how he’d lost time. “We can be happy with what we have done,” he said. “We had an issue with the brakes at the beginning of the stage and something with the powersteering at the end. I didn’t want to take any risks and I just brought the car home. It’s still amazing – it’s like a dream to be fighting with Loeb.”

Leading Hyundai driver Thierry Neuville is a further 7.3s behind Lappi in fourth – an admirable effort considering he’s been running ahead of the top three all day in fourth on the road.

Hanging dust hampered the Belgian early in the day and an imbalanced set-up left him fighting with understeer. Nevertheless, he headed i20 N Rally1 colleague Dani Sordo by 22.2s. Sordo, starting his first WRC event since June, reported a lack of confidence with his pacenotes.

Ott Tänak completed most of the leg with a faulty hybrid unit which left his Hyundai short on power. Behind him in the provisional order after leg one are Gus Greensmith (M-Sport Ford) and Elfyn Evans (Toyota) with just 3.4s separating the trio.

Championship leader Kalle Rovanperä is down in ninth having lost time opening the road for the chasing pack. The Toyota youngster faced extremely loose conditions and his hopes of sealing the drivers’ title this weekend currently look slim.

Acropolis Rally Greece rookie Takamoto Katsuta drove tentatively to complete the top 10 ahead of Craig Breen, who dropped around two minutes after stopping to change a wheel on Loutraki 2 while running in the top five.

In FIA WRC3, William Creighton is the driver to beat in his Ford Fiesta Rally3, while Robert Virves tops the FIA WRC3 Junior ranking in an identical car.

Saturday is the longest and toughest leg of Acropolis Rally Greece and covers 147.98 competitive kilometres west of Lamia. Double passes through Pyrgos and Tarzan are expected to be particularly challenging with the first visit to Pyrgos opening the action from 08h33 local time.