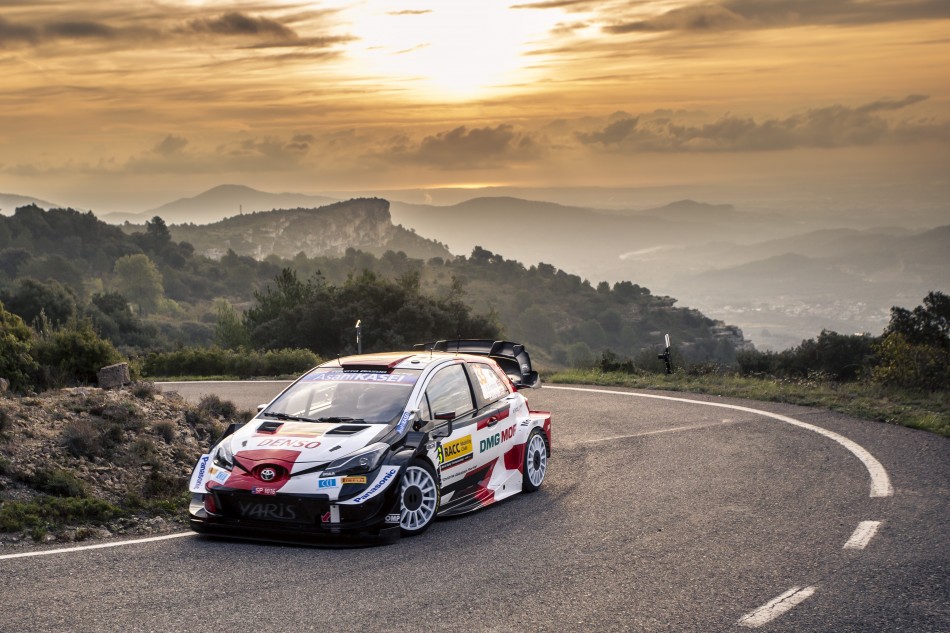 The Welshman, the only driver who can prevent Toyota Yaris team-mate Ogier claiming an eighth title in nine seasons, was fastest on all three asphalt speed tests to lead Thierry Neuville by 7.9sec. Ogier was 12.6sec adrift in third.

Evans carried on where he left off following victory in Finland earlier this month to win the opening 20.00km Vilaplana test by a mammoth 5.1sec. He shared top honours with Neuville in La Granadella before completing an impressive morning with best time in Riba-roja.

He made it look easy but that was far from the case, especially with Pirelli’s new P Zero hard compound tyre to get to grips with.

“I found myself being a bit too careful with my notes in the second stage,” he said. “It’s a completely new stage and I wasn’t as committed as I could have been. The last one was quite difficult with so many tight corners and the confidence wasn’t particularly high.”

Neuville was all at sea with his Hyundai i20’s handling. “Understeer. I tried really hard but no way. I can’t even turn. The rhythm is there, but I lose the front in the middle of the corners and I had to save the car a couple of times with the handbrake,” explained the Belgian.

Ogier was in the top three times in all three tests but the Frenchman admitted he needed to find more pace to protect his 24-point championship lead.

Ogier had 4.1sec in hand over Dani Sordo’s i20, the home hero surviving a close call near the end of Riba – roja when he slide wide, with Kalle Rovanperä a further 8.4sec back in fifth in another Yaris.

Rovanperä struggled to adjust his driving to the characteristics of the new tyres. “I can’t say that I’m really happy at any point but we are making improvements all the time,” he said.

Ott Tänak was already half a minute off the lead in sixth in an i20, but the Estonian was happy to be still there after a massive spin in La Granadella.