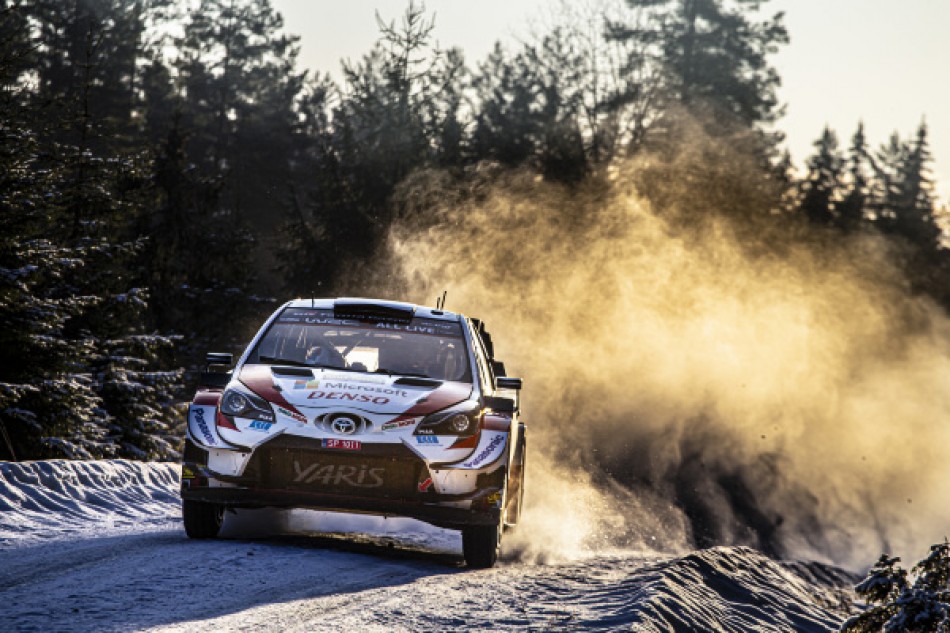 The temperatures are set to be sub-zero but the action will be red-hot when the FIA World Rally Championship returns to Sweden for the second instalment of the WRC’s new and exciting hybrid-powered Rally1 era next week.

From February 24-27, the university city of Umeå – and the surrounding forests of the Västerbotten region – will be home to Rally Sweden, a founding round of the WRC in 1973, but a notable absentee in 2021 as the COVID-19 restrictions forced its cancellation.

The event’s eagerly anticipated comeback marks unchartered territory for the WRC and its drivers and teams following the rally’s move away from its traditional Värmland hub to an alternative winter wonderland in the northeast of Sweden where 17 ice- and snow-coated stages await.

Although the relocation has resulted in organisers delivering what is effectively a new rally, the expected Arctic-like conditions are set to contribute to another memorable event to follow on from the exhilarating Rallye Monte-Carlo season opener last month.

Rallying on snow and ice creates a unique spectacle as drivers rely on a combination of leaning on snowbanks and the grip of their studded tyres to negotiate the high-speed twists and turns.

Official supplier Pirelli’s upgraded Sottozero Ice tyres, fitted to all Rally1, Rally2 and Rally3 cars on Rally Sweden, feature 384 tungsten-tipped studs, each one protruding seven millimetres out from the tread blocks to bite into the frozen ice below.

Heralding the advent of a new, more sustainable era, the Rally1 regulations are the product of extensive work by the FIA in partnership with the competing manufacturers, Hyundai, M-Sport (Ford) and Toyota.

They aligned to deliver a category that maintains spectacular performance, further enhances safety, while focusing on developing strategies that can help to support the environment. In addition to the plug-in hybrid unit, which is mated to the existing 1.6-litre turbocharged internal combustion engine, Rally1 cars run on 100 per cent fossil-free fuel.

The hybrid kit includes a 100kW electric motor fitted to a 3.9kWh battery and can deliver performance levels to more than 500bhp. Significantly, however, Rally1 cars are designed to run on electric mode only, which they will be required to do in Hybrid Electric Vehicle (HEV) zones located close to event service parks.

Rally1 cars are identifiable by an ‘HY’ graphic on the side door panels. Safety lights on the windscreen and both side pillars will be green if the car is safe to touch. A flashing red light with an audible warning means a car is unsafe to touch.

With more than 45 per cent of all cars sold in Sweden in 2021 being electrified, the country is a fitting venue to host the round two of the 13-event WRC season.

Ten Rally1 cars are set to contest Rally Sweden, the first of a number of events that reigning FIA WRC champion Sébastien Ogier hasn’t included on his restricted schedule for 2022. His absence has allowed Esappekka Lappi to return to the championship via an arrangement to share the Frenchman’s Toyota GR Yaris Rally1 on selected rounds.

The restructured FIA WRC2 Championship for Rally2 cars continues on Rally Sweden with separate classifications for Teams, Drivers and Co-Drivers, plus Junior Drivers and Junior Co-Drivers, while the Masters Cup awards the best Driver and Co-Driver born on or before January 1, 1972.

Rally Sweden also hosts the opening round of the FIA Junior WRC Championship, which uses four-wheel-drive Rally3 cars for the first time. Eight young drivers in identical Pirelli-equipped Ford Fiesta Rally3s from M-Sport Poland will be in action with Sami Pajari aiming to become only the second driver in history after Sweden’s P-G Andersson to win the Junior championship twice. Among Pajari’s rivals are Jon Armstrong, who returns after finishing second behind the Finn in 2021, and McRae Kimathi, the fourth African and first Kenyan driver to compete in the Junior WRC Championship.

Rally Sweden’s return to the WRC gets underway at 20:00 hrs local time on Thursday February 24 with the official starting ceremony in the centre of Umeå. Friday’s route takes crews north of the host city for two loops of three stages divided by a service halt in Umeå. SS2 and SS5, Kamsjön, is the longest of the event and the most northerly. The 5.53-kilometre Umeå sprint rounds out the day’s action and finishes in The Red Barn Arena spectator area close to the service park. Three repeated stages separated by service in Umeå provide the challenge on Saturday – four were planned initially but the double pass through Örträsk special stage was removed from the itinerary due to a local issue with the unexpected movement of reindeer herds on local farms. Both loops end with the Umeå stage, a longer version of the Umeå Sprint from Friday evening. Sunday’s itinerary features four stages with the second pass through the 14.23-kilometre Sarsjöliden test counting as the event-deciding Power Stage from 12:18 hrs local time.

Media accreditation must be collected personally by accredited pass holders from the Accreditation Desk located within the Media Centre at Dragongatan 1, Umeå (The Dragonskolan Sports Hall on the opposite side of the road of the Rally HQ building). GPS coordinates: N63°49.960’ E20°14.665’

*Press Conferences will be available to accredited media attending onsite and no longer streamed via Zoom. However, a written transcript will be available afterwards. All Meet the Crews sessions can be followed on Rally Sweden’s social media platforms.

The classification following the opening round of the 2022 FIA World Rally Championship season is available at this link: https://www.fia.com/events/world-rally-championship/season-2022/standings