WRC – Flying Rovanperä On A Charge As Breen Loses Ground 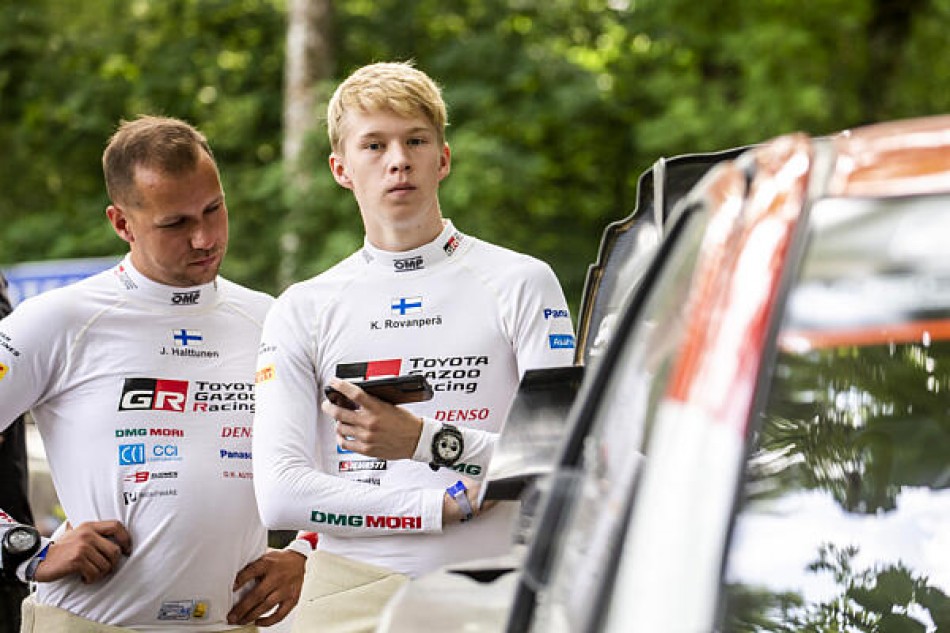 Rally Estonia leader Kalle Rovanperä created breathing space between himself and Craig Breen after a stunning Saturday morning carried the Finn more than half a minute clear.

The 20-year-old restarted this seventh round of the FIA World Rally Championship with an 8.5sec advantage over the Irishman after Friday’s opening leg and stretched that to 35.7sec after four gravel tests near Tartu.

Rovanperä made a sensational start in his Toyota Yaris, winning the opening Peipsiääre speed test and distancing third-fastest Breen by 14.3sec.

Second fastest in Mustvee and Raanitsa widened the margin further before Breen regained a few tenths in the morning’s final Vastsemõisa test, as Rovanperä indicated the time had come for a more measured approach.

Breen was far from disheartened on only his third outing of the season in a Hyundai i20. His efforts were enough to slightly extend his advantage to 46.3sec over i20 team-mate Thierry Neuville in third.

The Belgian remained embroiled in a duel with championship leader Sébastien Ogier. Neuville was desperate to protect his slender overnight advantage and traded times across the morning before returning to mid-leg service in Tartu with a 4.5sec lead.

Ogier was cautious through the new stages north of Tartu but his pace was sufficient to widen the gap to Yaris team-mate Elfyn Evans to 23.2sec. Evans was happier with his car’s balance but admitted he was still missing the edge to match the pace of those ahead.

Teemu Suninen retained sixth in his Ford Fiesta, despite an opening stage spin into the forest, with Pierre-Louis Loubet seventh in an i20.

Alexey Lukyanuk continued to extend his FIA WRC3 advantage in eighth overall with FIA WRC2 leader Andreas Mikkelsen ninth in a Toksport-entered Škoda Fabia Evo. Mads Østberg (TRT Citroën C3) was delayed after stopping at the scene when Nikolay Gryazin rolled his Movisport Polo GTI, but the Norwegian will regain the time to slot into 10th.