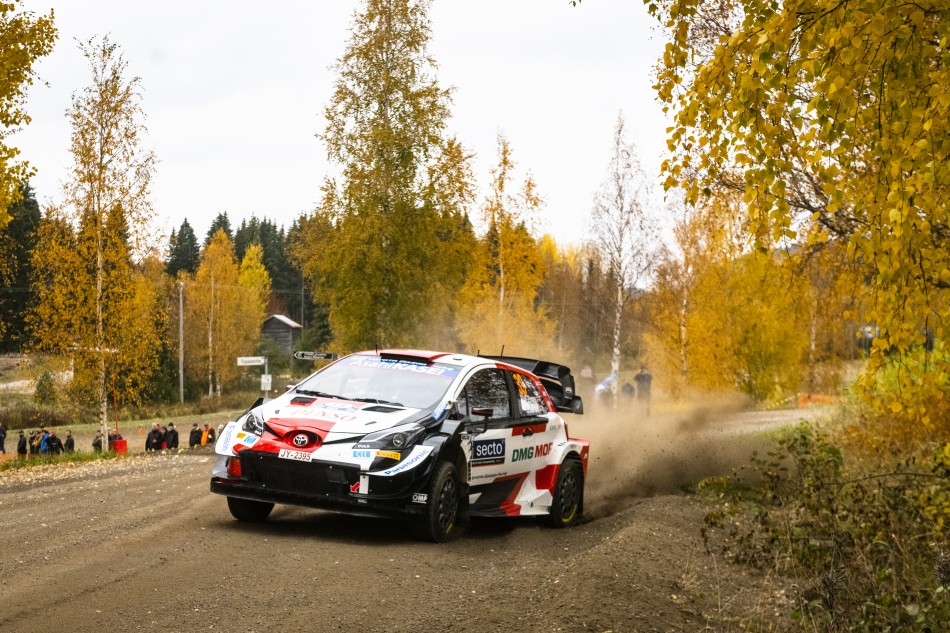 A stunning series of five back-to-back speed test wins on Friday night and Saturday morning propelled the Welshman from fifth to first. He survived intense pressure from Ott Tänak and Craig Breen across the rest of the rally to win by 14.1sec in a Toyota Yaris.

Nothing less than victory would suffice in his title quest and with maximum points for winning the closing Wolf Power Stage, the Welshman slashed championship leader Sébastien Ogier’s advantage from 44 points to 24 with two rounds remaining.

His Toyota Gazoo Racing team is based near the host city of Jyväskylä and victory preserved its unbeaten Rally Finland record since returning to the WRC in 2017. Toyota also increased its manufacturers’ championship lead over Hyundai Motorsport to 61 points.

Against a backdrop of stunning autumnal colours in the forests, the championship’s fastest roads provided tremendous action and Tänak and Breen both led on the opening day in a furious battle in their Hyundai i20s.

Ultimately, they had no answer to Evans’ pace, but set-up improvements midway through Saturday gave Tänak more confidence and he eased clear of Breen to finish 28.1sec ahead.

Despite an overshoot at a junction on Sunday morning, the Irishman bagged his third podium from his last three outings and matched his 2016 result.

Esapekka Lappi, winner in 2017, made a remarkable return to top-level competition in a privately-entered Yaris after 10 months away. The Finn was in the thick of the podium battle in the opening leg and eventually finished fourth, 16.6sec behind Breen.

Ogier ended fifth after a lacklustre drive in his Yaris. He never had the pace to match the leading quartet and a disappointing weekend was made worse when he was hit with a 60sec penalty on Saturday night for not fastening his crash helmet strap correctly earlier in the day.

The WRC returns to asphalt for the penultimate round at RallyRACC Rally de España on 14 – 17 October. The fixture is based in Salou.

The unofficial results can be consulted here. 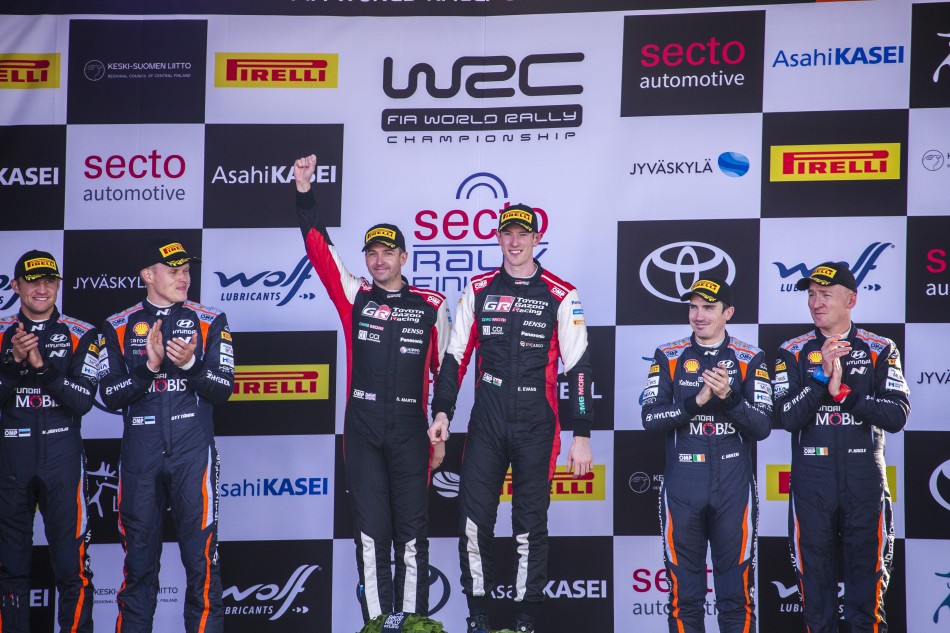