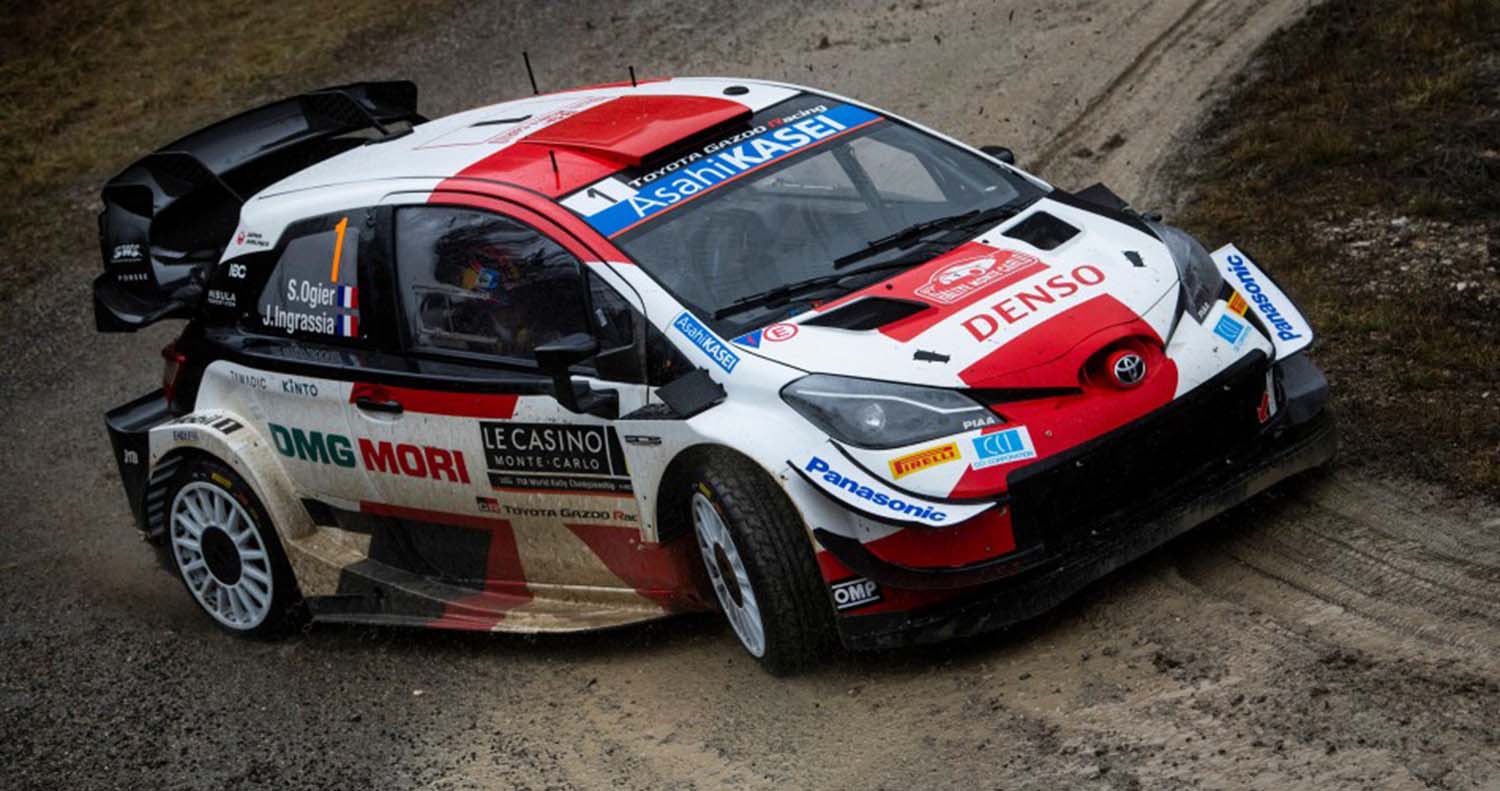 Sébastien Ogier took a huge step towards securing a historic eighth Rallye Monte-Carlo win on Saturday after recapturing the lead to head a clean sweep of the podium places for Toyota Gazoo Racing.

After losing top spot due to a flat tyre yesterday afternoon, Ogier regained the initiative from Elfyn Evans with a stunning drive in darkness on snow and ice-covered roads in this morning’s opening speed test. He distanced Evans by almost 18sec in the 18.31km stage.

The Frenchman retained his cool on polished snow in the next test. Although Evans claimed back time by winning the final stage, Ogier made the journey south to Monaco with a 13.0sec advantage in his Yaris with one day remaining.

Kalle Rovanperä completed Toyota’s treble in third. Victory on the middle of today’s three stages enabled Thierry Neuville to close within a whisker in his Hyundai i20, but the young Finn repelled the pressure to end the day 7.0sec ahead. He was 43.8sec behind Evans.

Ott Tänak’s hold on third ended when he punctured twice in successive stages. With just one spare onboard his i20 the Estonian limped to service, but organisers decided there was insufficient rubber on the rim to drive on the public road and he was forced out.

Dani Sordo was fifth, more than a minute adrift of team-mate Neuville. With Tänak sidelined in the other car and unable to restart tomorrow, the Spaniard must finish to deliver vital manufacturer points for the Korean squad so he eased his pace to avoid risks.

Takamoto Katsuta moved up to sixth in another Yaris, more than 2min 30sec back and with almost 40sec in hand over FIA WRC2 leader Andreas Mikkelsen in a Skoda Fabia.

Gus Greensmith had a more consistent day in his Ford Fiesta and held eighth, with FIA WRC2 contenders Adrien Fourmaux and Eric Camilli completing the leaderboard.

Sunday’s new-look final leg features a double pass through Puget-Théniers – La Penne and Briançonnet – Entrevaux, totalling 54.48km. There will be no service and the second run through the latter forms the bonus points-paying Power Stage. 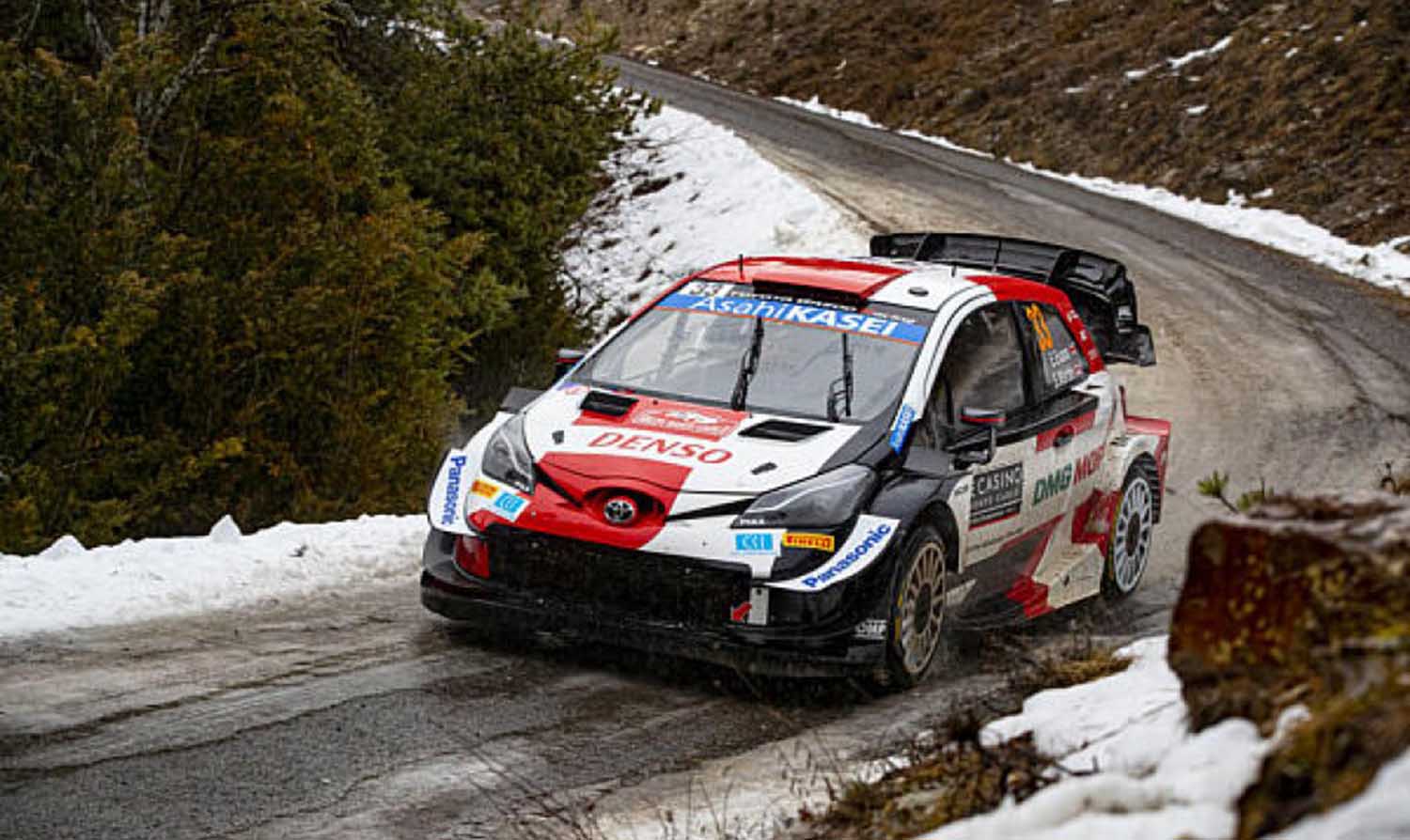