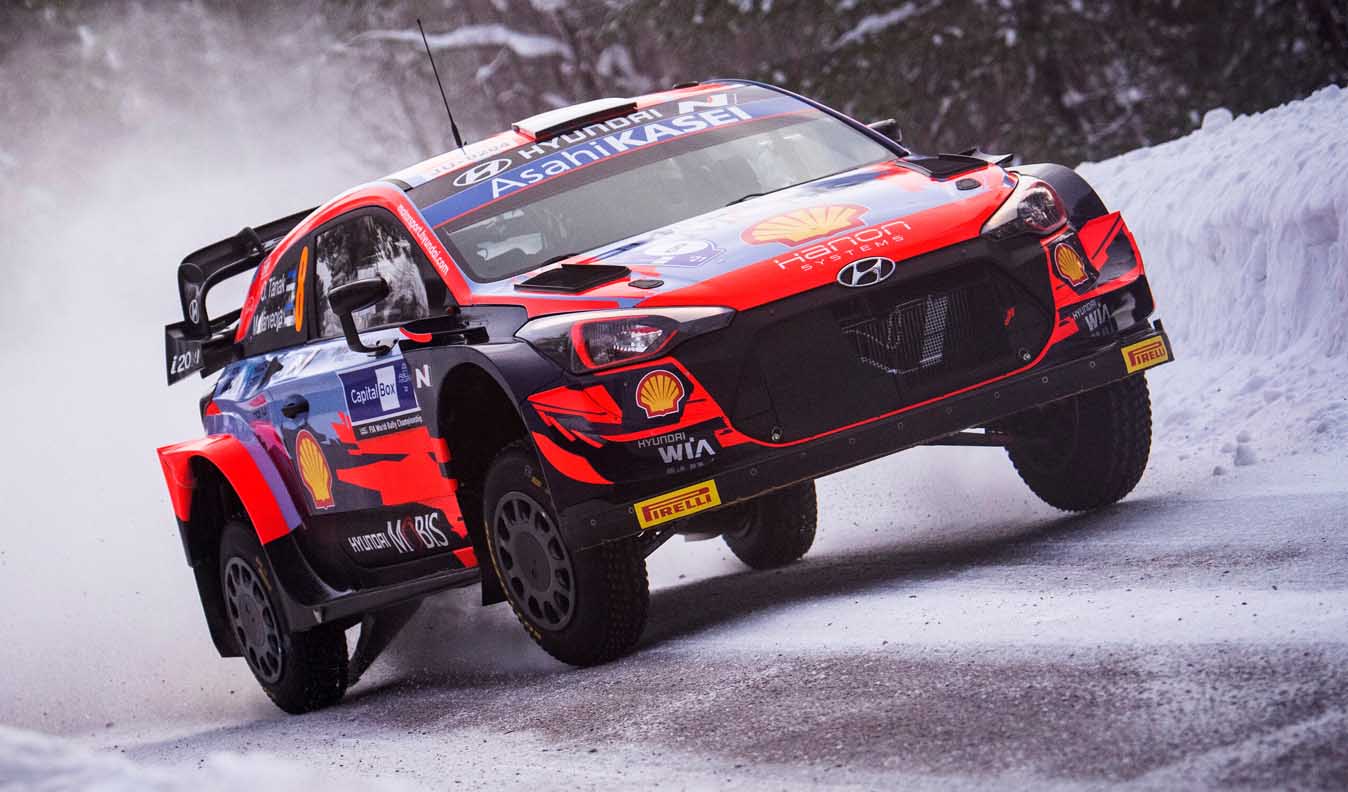 Ott Tänak threw down the gauntlet in Lapland’s frozen forests by winning the opening two speed tests to build a dominant lead at Arctic Rally Finland Powered by CapitalBox on Friday night.

The Estonian was the class of the field in the first of three days of Arctic action. He was fastest in the first 31.05km Sarriojärvi test by 3.6sec before crushing his rivals by almost 10sec in the repeat run in darkness.

Tänak returned to the overnight halt in Rovaniemi with a 16.2sec advantage over Hyundai i20 team-mate Craig Breen, with home hero Kalle Rovanperä 20.4sec adrift in a Toyota Yaris in third.

Pirelli’s tyres provided amazing grip as the tungsten-tipped studded rubber bit into the snow and ice-covered roads. Tänak was one of the few frontrunners to gamble on just one spare tyre for the pair of stages.

Breen, returning to the FIA World Rally Championship after a four-rally absence, was quickly back in the groove. Top three times on both stages put the Irishman ahead of the eager 20-year-old Rovanperä.

The Finn’s first stage split times were quicker than Tänak, but a mistake after the midpoint slowed his progress. On roads littered with tricky blind crests, he recorded the top speed, clocking a remarkable 204.8kph in the second pass.

Thierry Neuville put a third i20 into the top four. The Belgian was 9.4sec behind Rovanperä and complained of understeer in the second run, but he had 2.2sec in hand over Elfyn Evans’ Toyota Yaris in fifth.

Teemu Suninen was sixth in a Ford Fiesta, with Takamoto Katsuta 4.3sec back in seventh in another Yaris.

Oliver Solberg was a remarkable eighth on his championship World Rally Car debut. The teenager made a minor mistake in the opening stage in his i20, but was fourth in the second pass, despite being guided by stand-in co-driver Seb Marshall for the first time.

Championship leader Sébastien Ogier was almost 50sec off the lead in ninth in his Yaris. Road conditions improved progressively so first in the order proved a tough task for the Frenchman, especially as snow flurries left loose powder on the surface for the second pass.

Gus Greensmith completed the leaderboard in a Fiesta but Pierre-Louis Loubet’s hopes took a setback in the second run when he lost more than 3min 30sec after changing a flat tyre.

In FIA WRC2, local hero and 2020 WRC contender Esapekka Lappi tops the provisional leaderboard with a Movisport-entered Volkswagen Polo GTI with a lead of 13.6s over his team-mate Nicolay Gryazin and Toksport’s championship leader Andreas Mikkelsen in a Škoda Fabian Evo.

In FIA WRC3, Finland’s Emil Lindholm is 10.9s ahead of national champion Teemu Asunmaa. Estonia’s Egon Kaur is third the overnight standings; another 10.4s behind.

The bulk of the rally takes place in Saturday’s second leg. A compact clockwise route south-east of Rovaniemi is driven twice, with service in between. The final stage runs in darkness and the six tests add up to 144.04km of action. 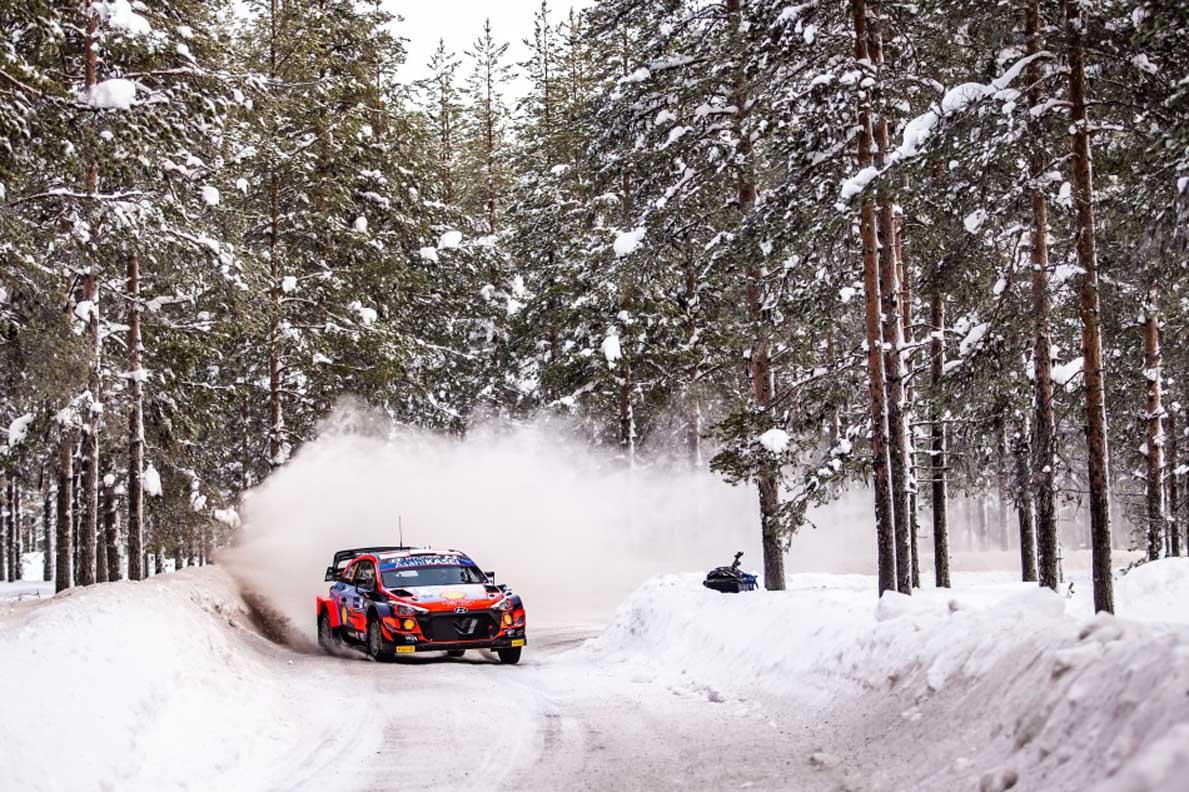 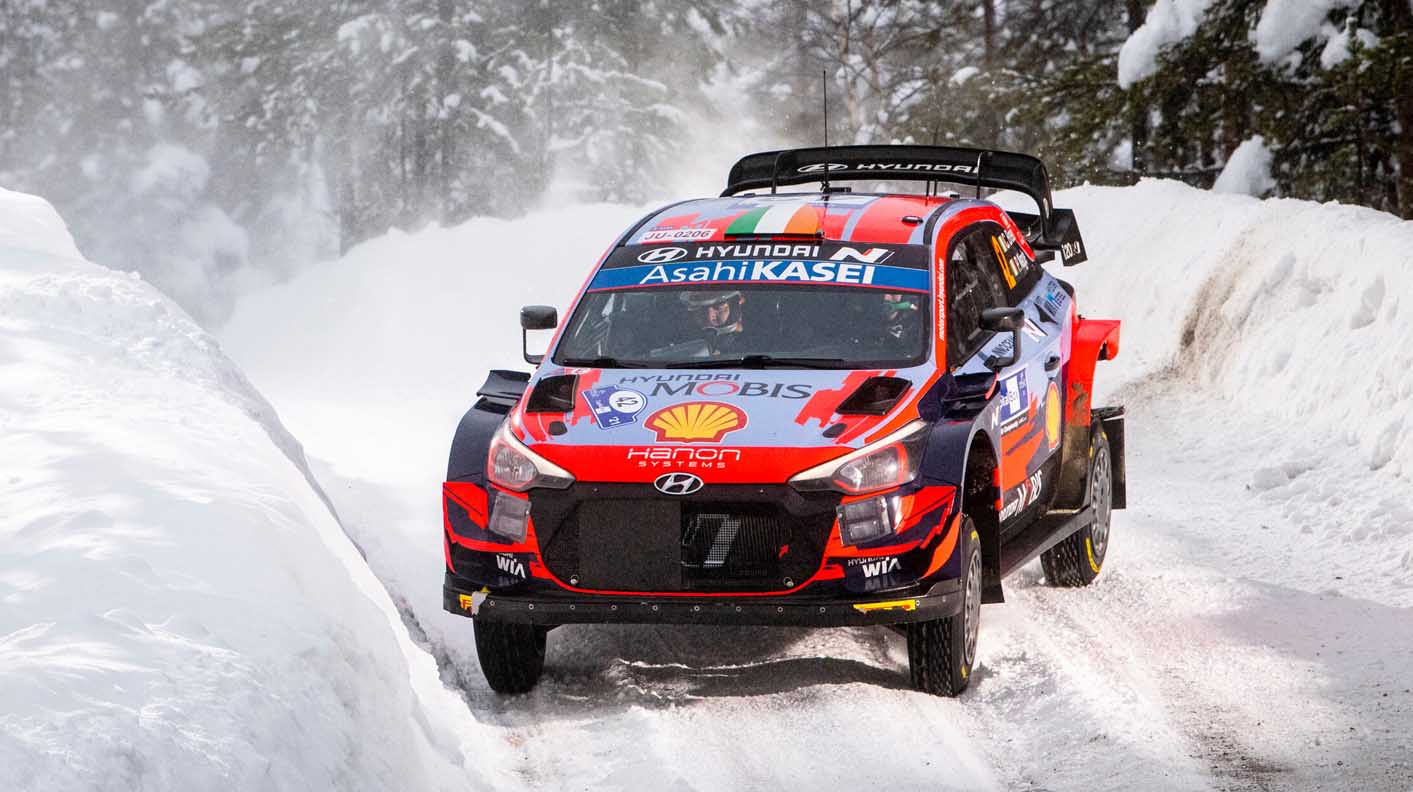 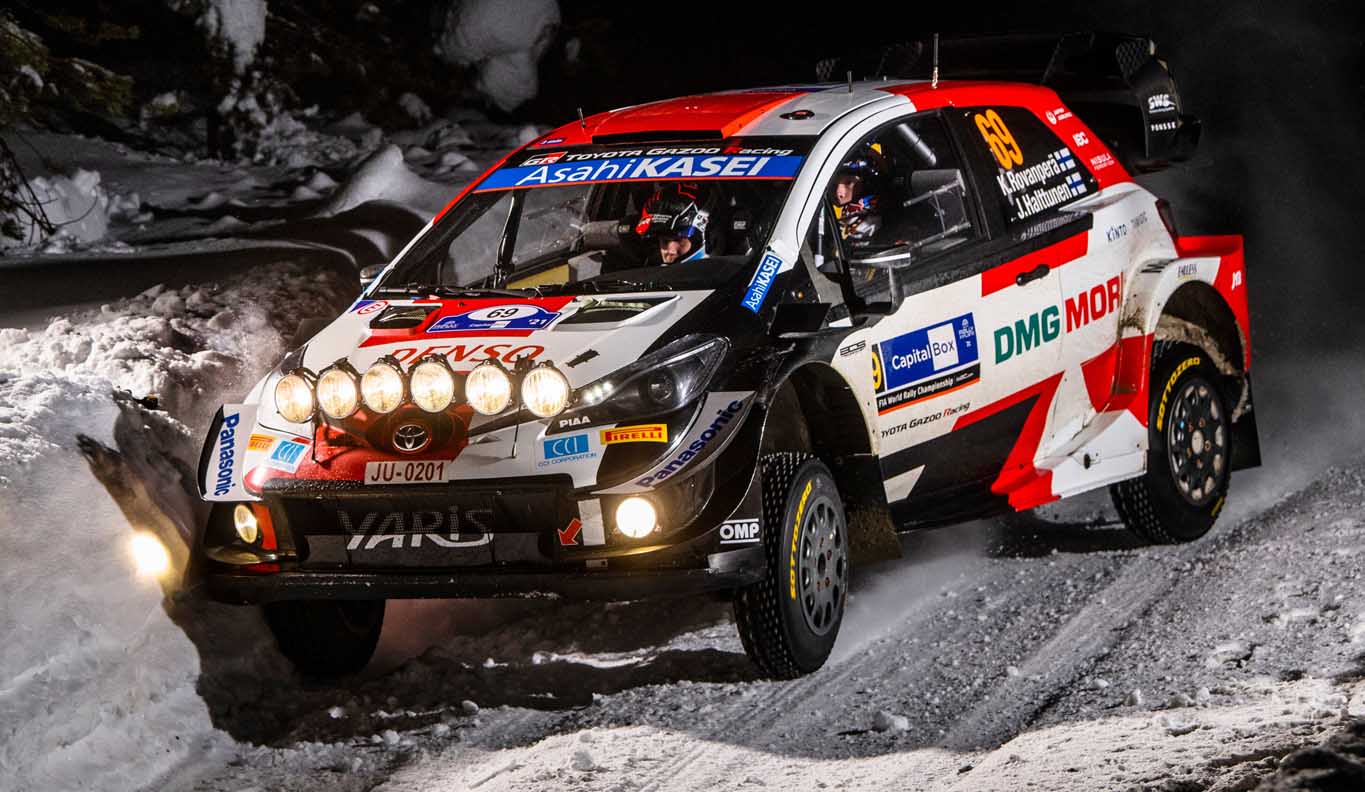