Volkswagen Amarok (2023) – Striking Design, More Comfort And Space Than Ever Before 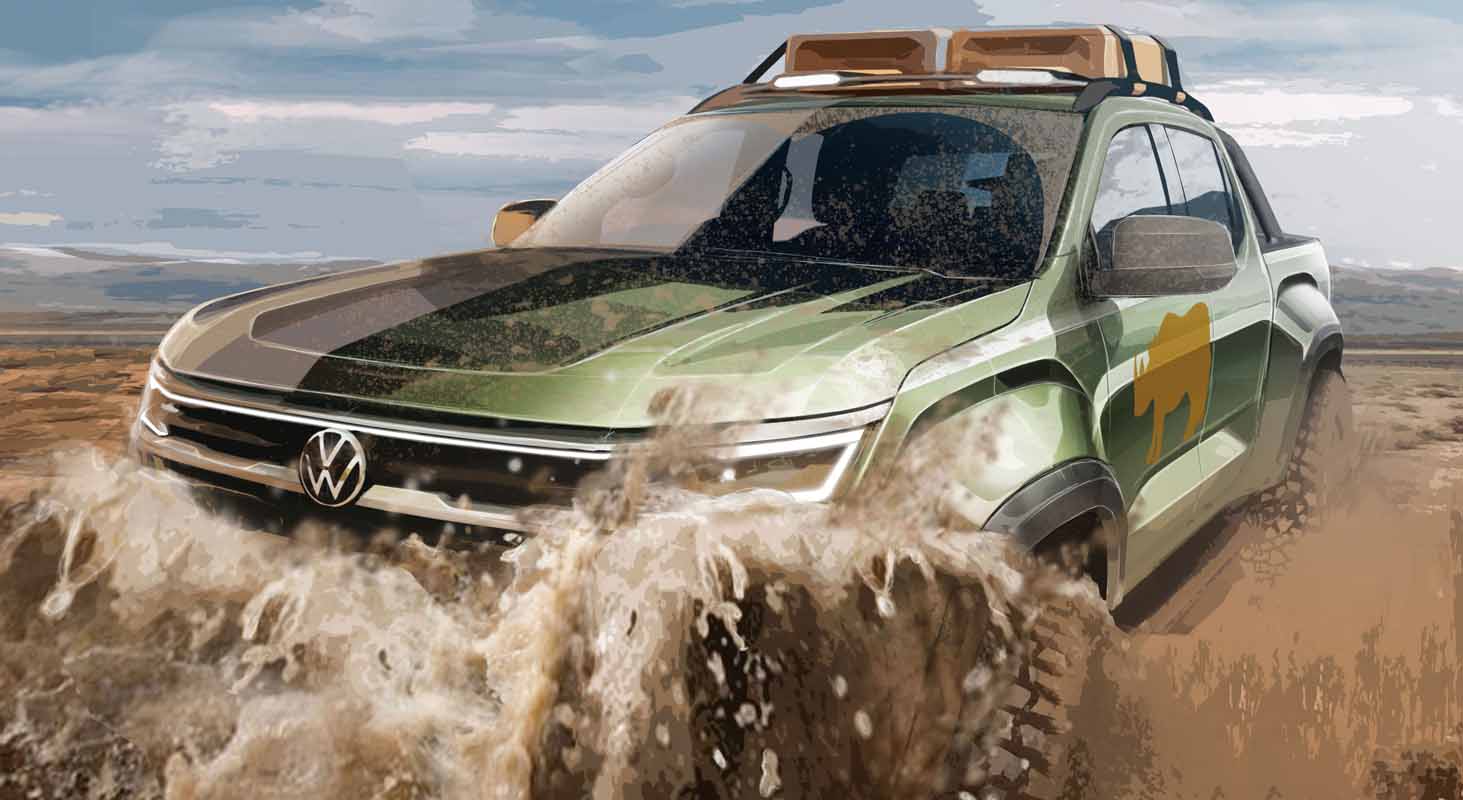 The new Amarok will be launched on the global market in 2022 with a whole host of new features. These include numerous driver assistance systems that are new in this segment and will make daily driving much more comfortable for future Amarok customers. What’s more, the completely new development with numerous convenience functions will give the new ‘wolf’ even better off-road characteristics than previous generations thanks to greater ground clearance.

As powerful as ever: the new pick-up from Volkswagen Commercial Vehicles in Hannover once again boasts a V6-TDI. This will not just delight existing Amarok fans – it will win new target groups for the premium pick-up. The whole exterior of the new, sporty Amarok is now even more defined and promises plenty of towing power and torque. And the premium character of the interior has also been further enhanced.

The comfort, operating concept, connectivity and ambience in the completely new interior ensure that the new Amarok raises the benchmark for pick-ups in the global one-ton B-segment to a whole new level.

“We emphasise the different, expressive front designs of our pick-up with a charismatic Amarok signature that is also found with very large letters on the cargo box at the rear and is sported very proudly by the Amarok”, says Albert-Johann Kirzinger, head of design at Volkswagen Commercial Vehicles. Needless to say, a Euro pallet fits between the wheel housings again – and of course loads can be safely secured. “The styling bar as a visual extension of the double cab in the cargo box once again gives the Amarok’s body dynamic, aerodynamic and very strong proportions”.

The exterior of the new Amarok has grown in length by ten centimetres to 5.35 metres and its body will also be wider than the current version. This is manifested, for example, in more legroom in the second row.

Volkswagen Commercial Vehicles’ Amarok has been in series production since 2010. Its name is derived from the language of North American Inuit and means ‘wolf’. The second generation that comes with a V6 diesel as standard has been delighting customers in the Amarok markets since 2016. More than 815,000 vehicles were sold in twelve years. Developed by teams in Australia and Europe, the latest version of premium pick-up will be produced in Silverton in South Africa in future. 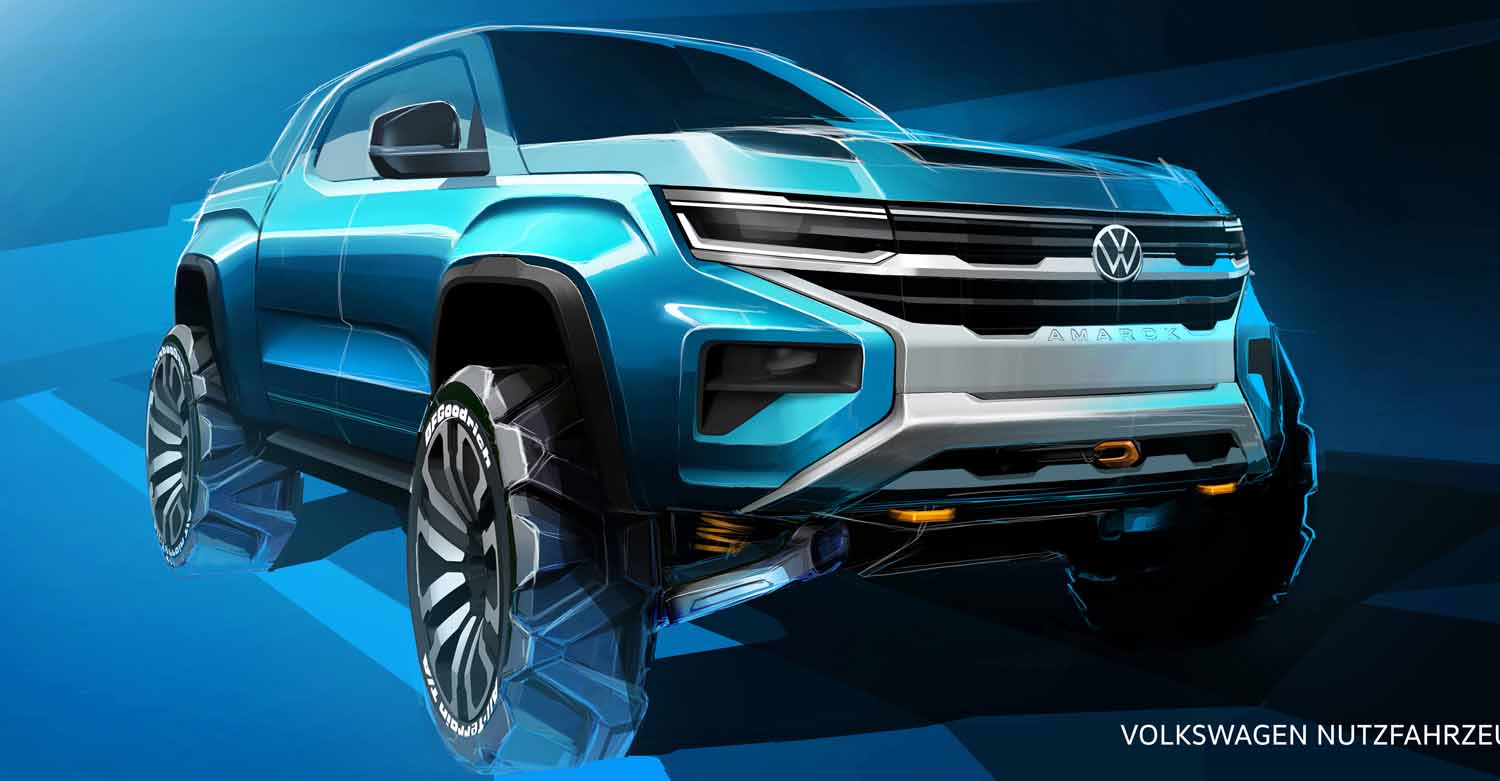 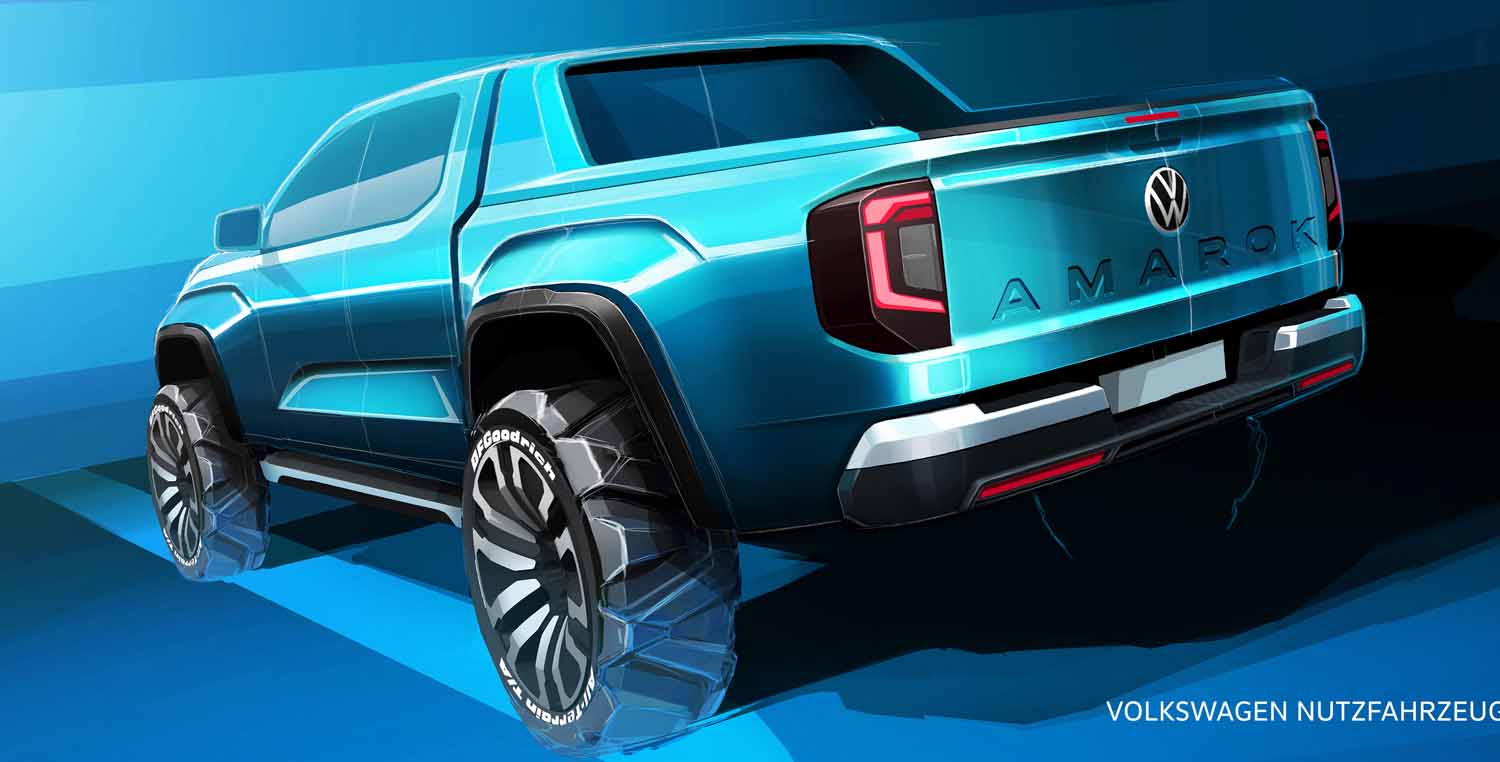 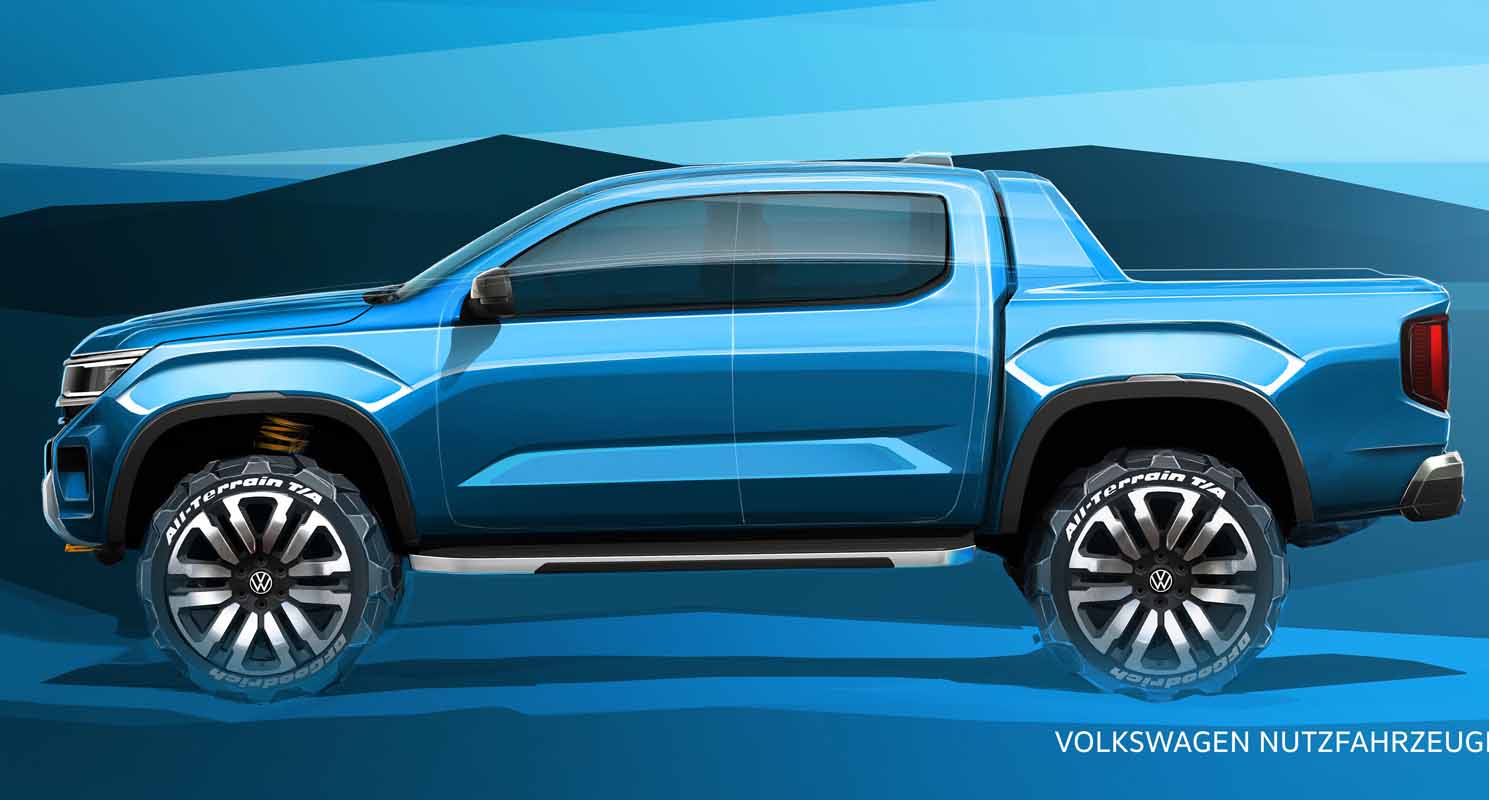 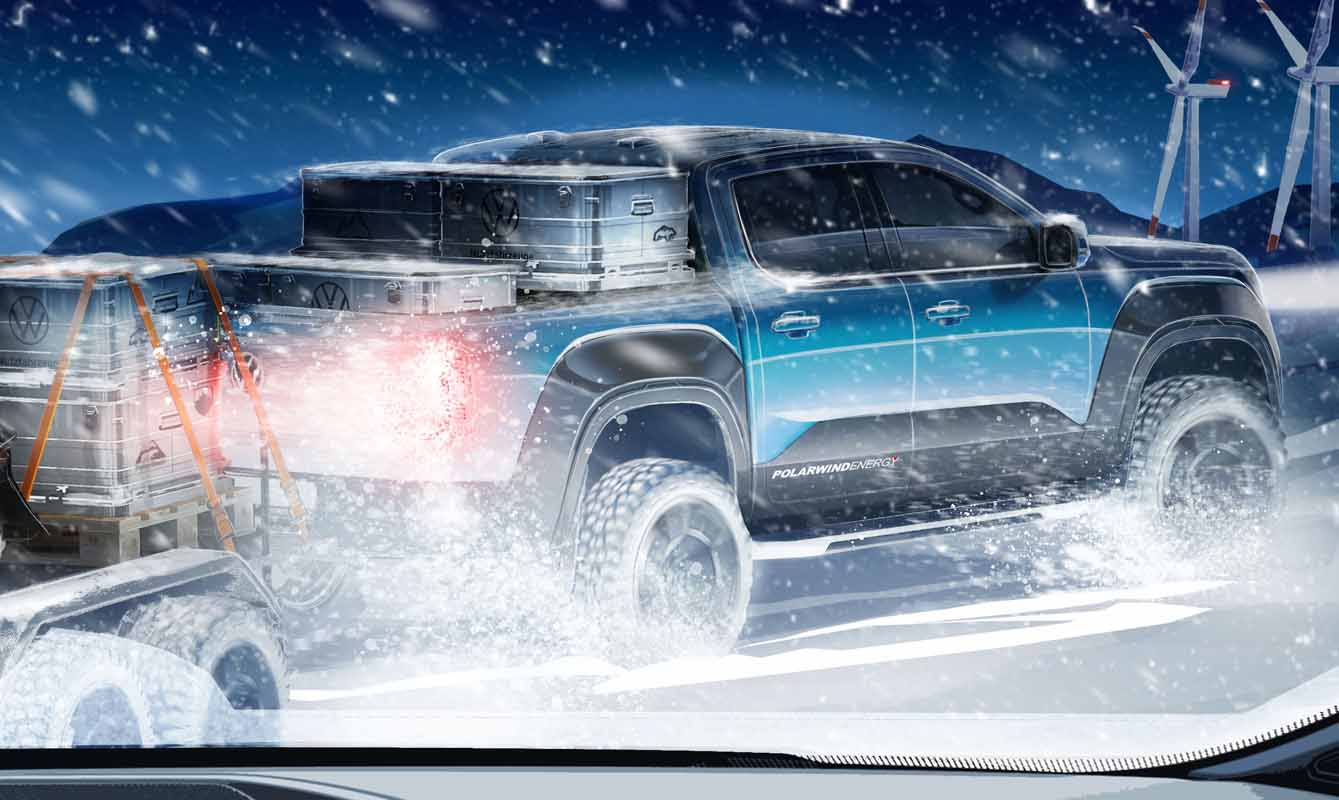 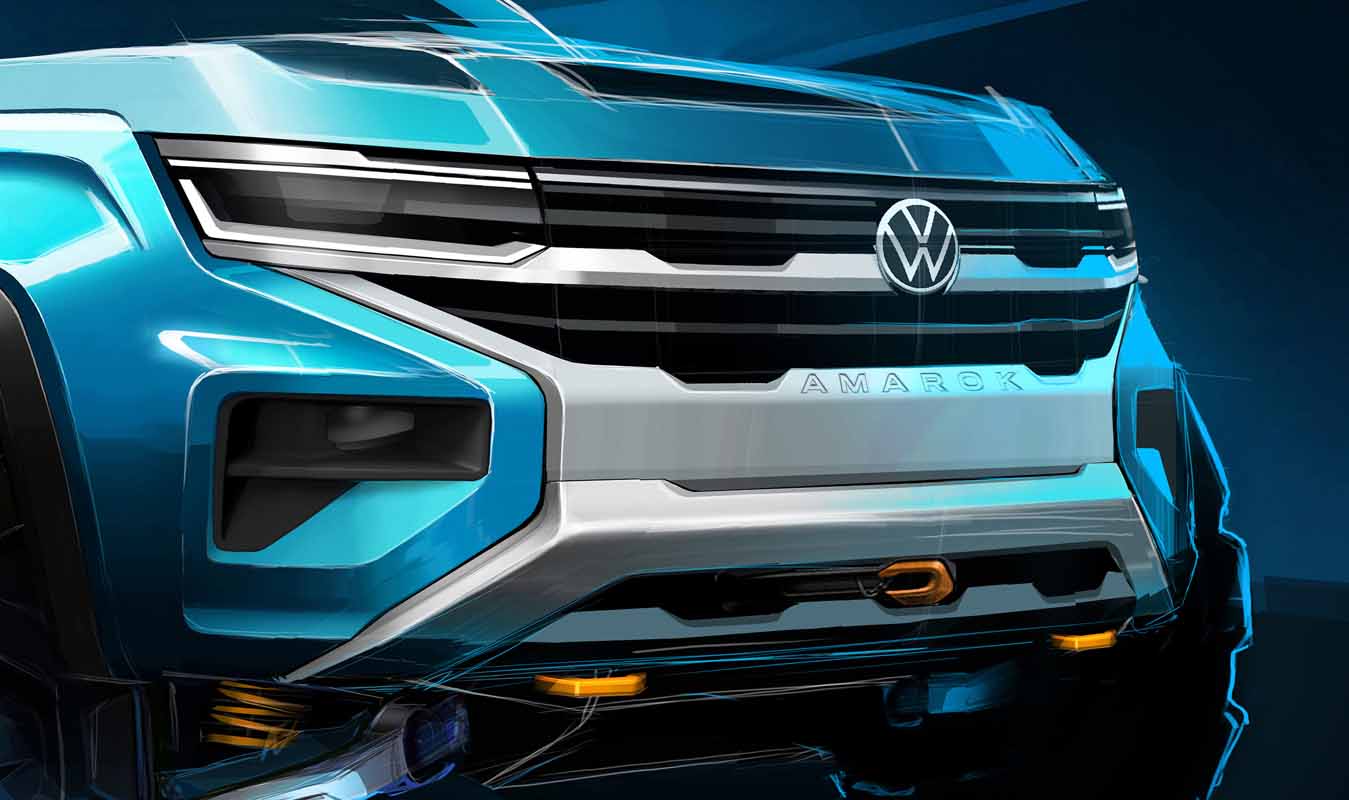 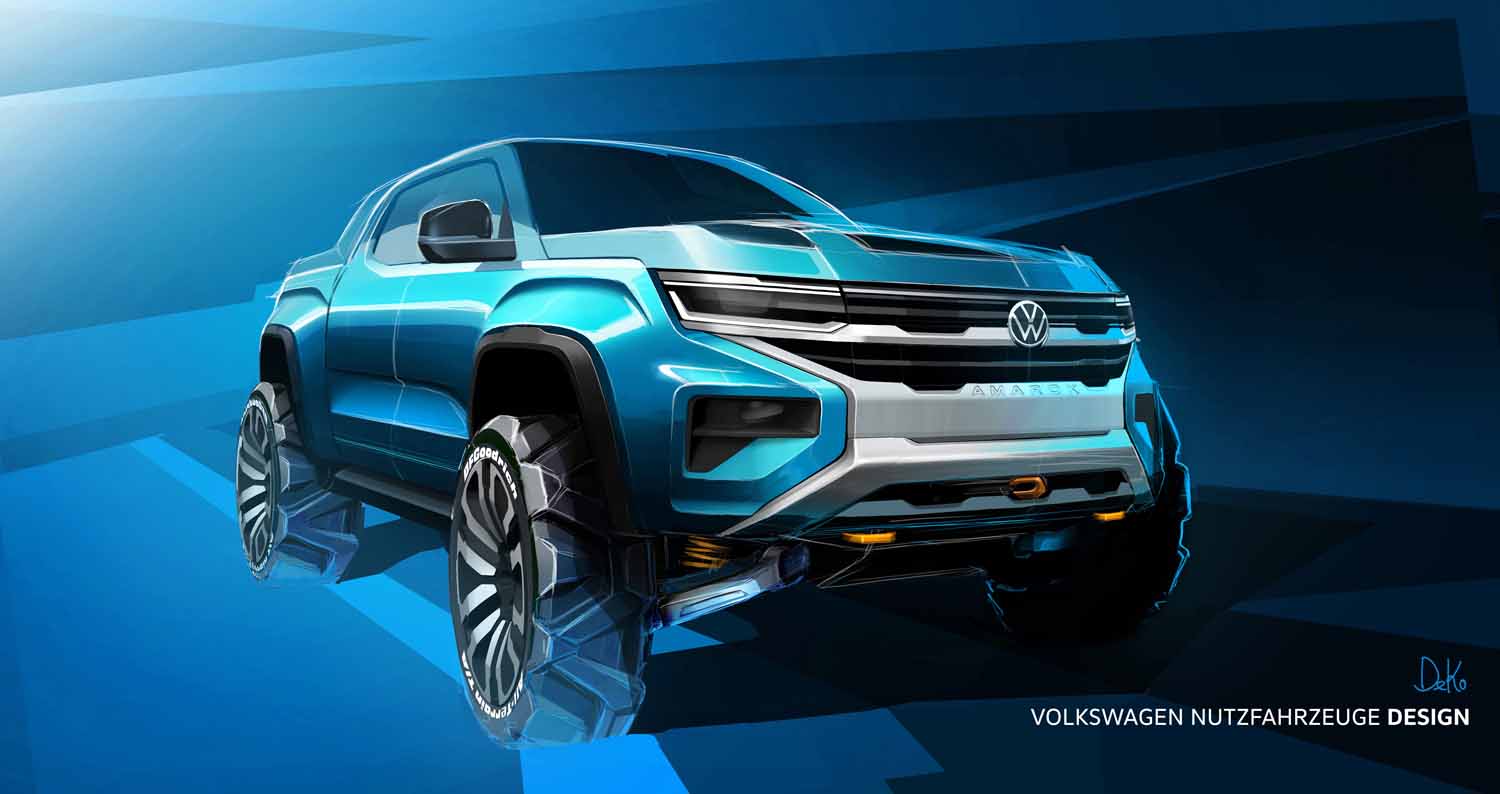 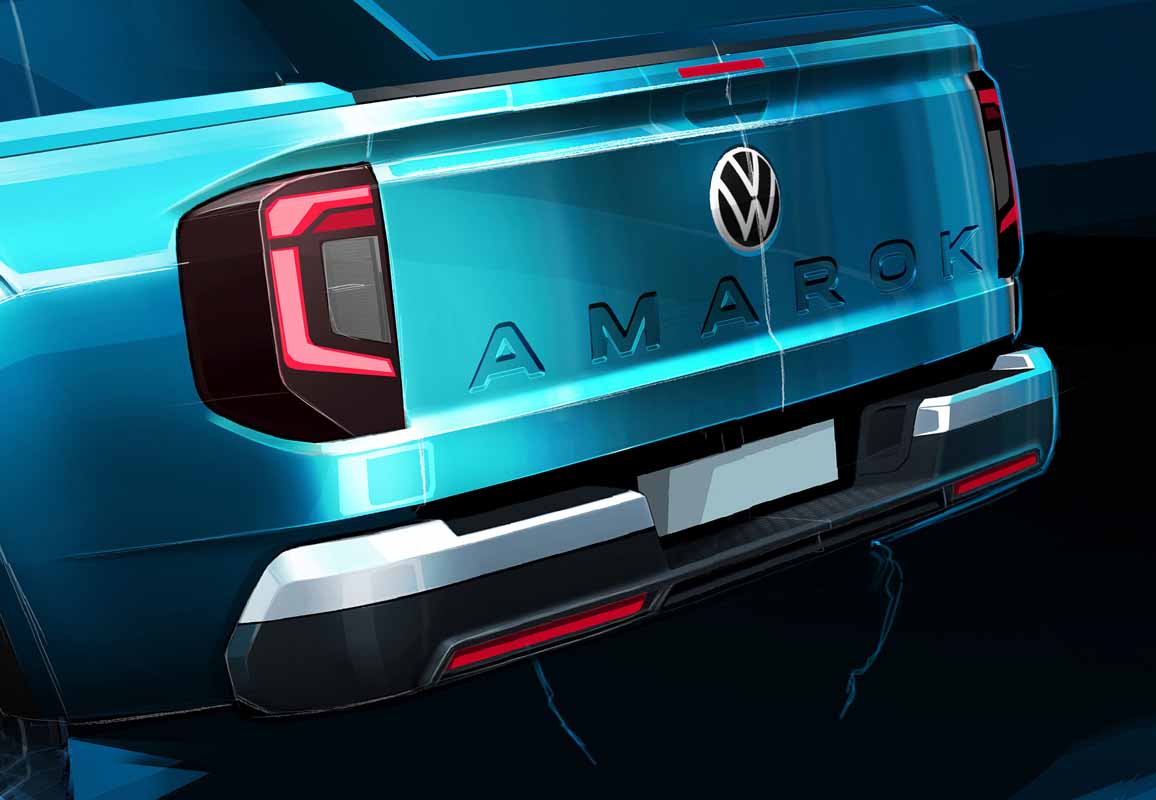 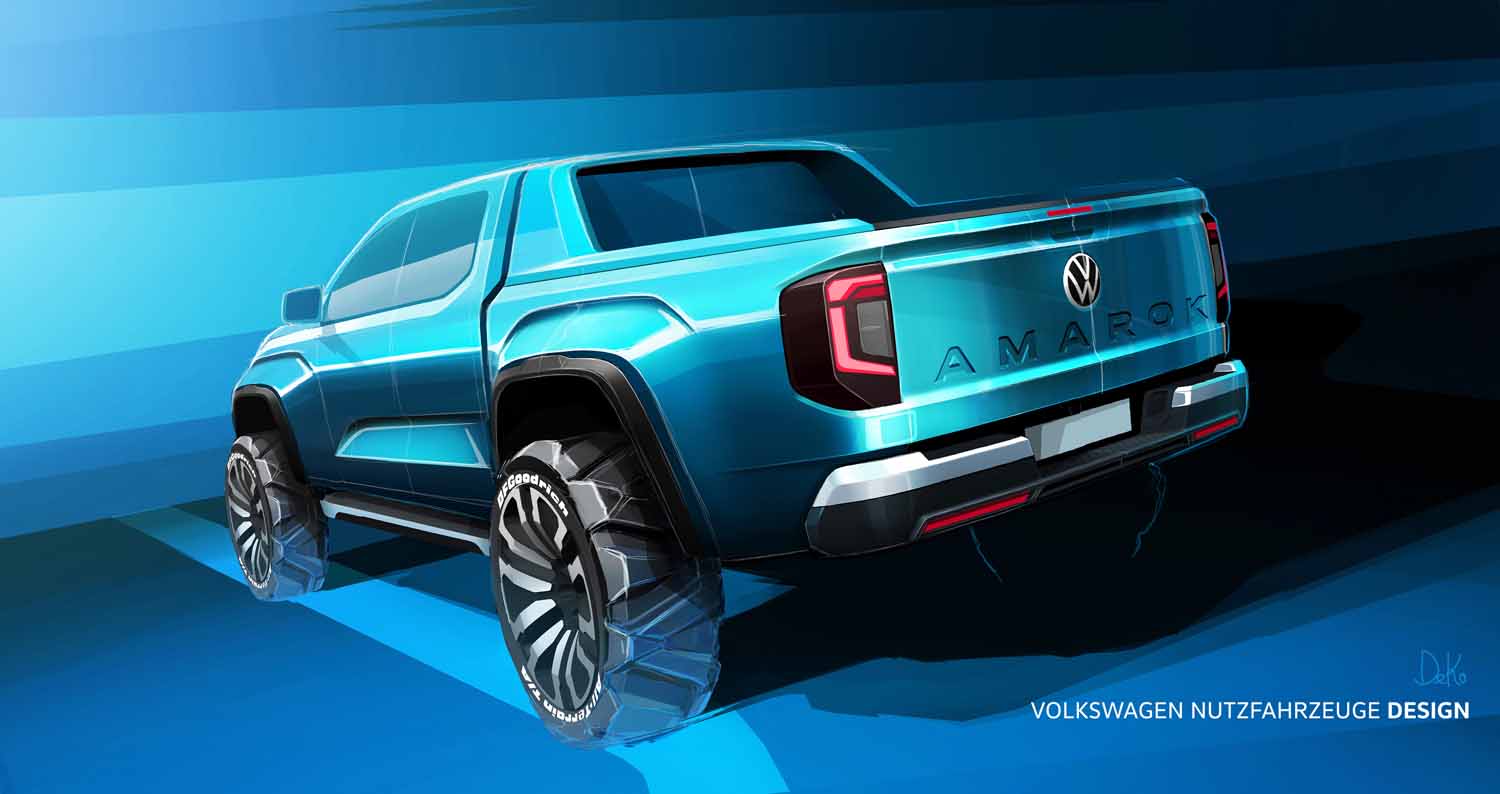 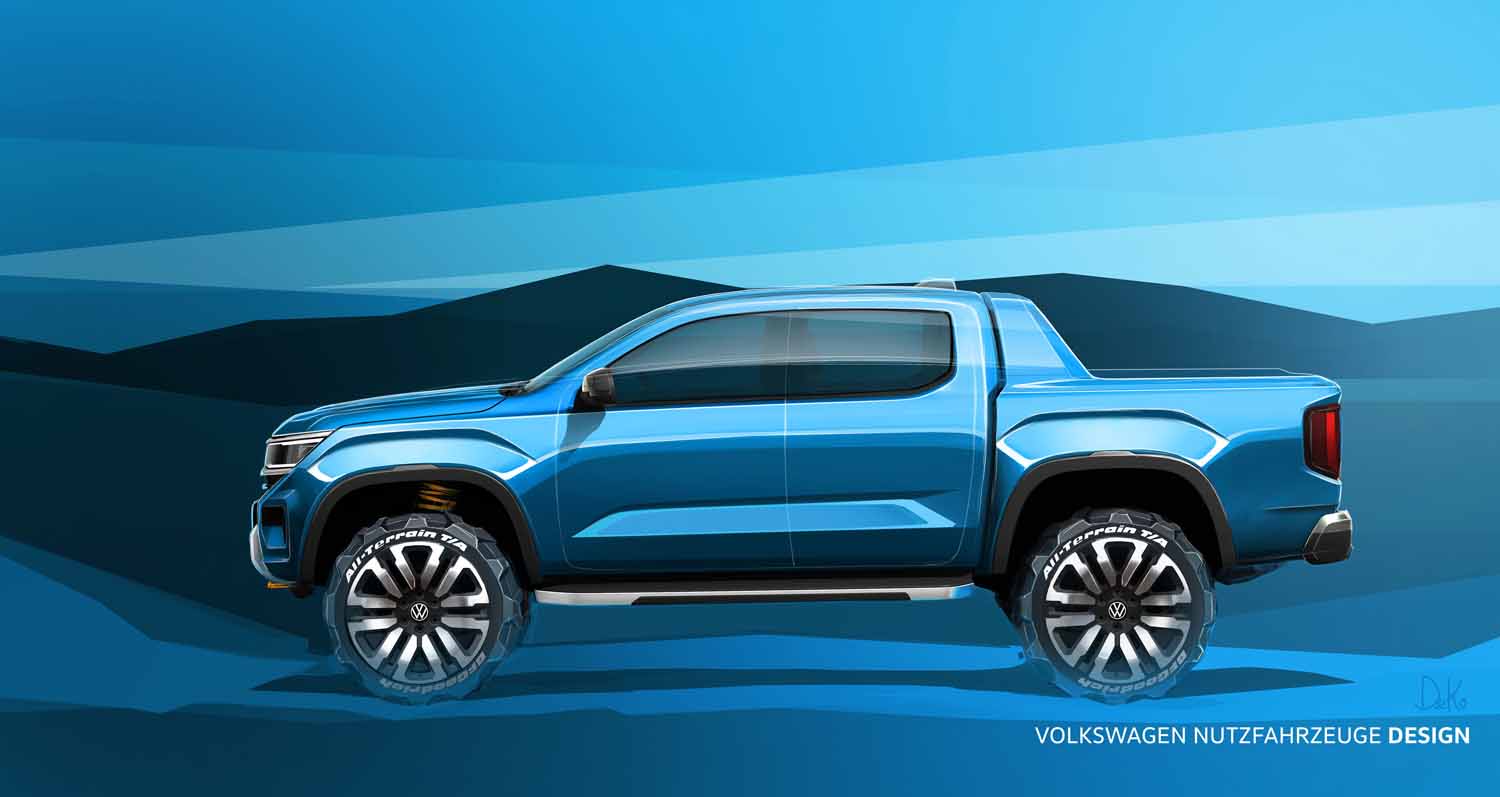 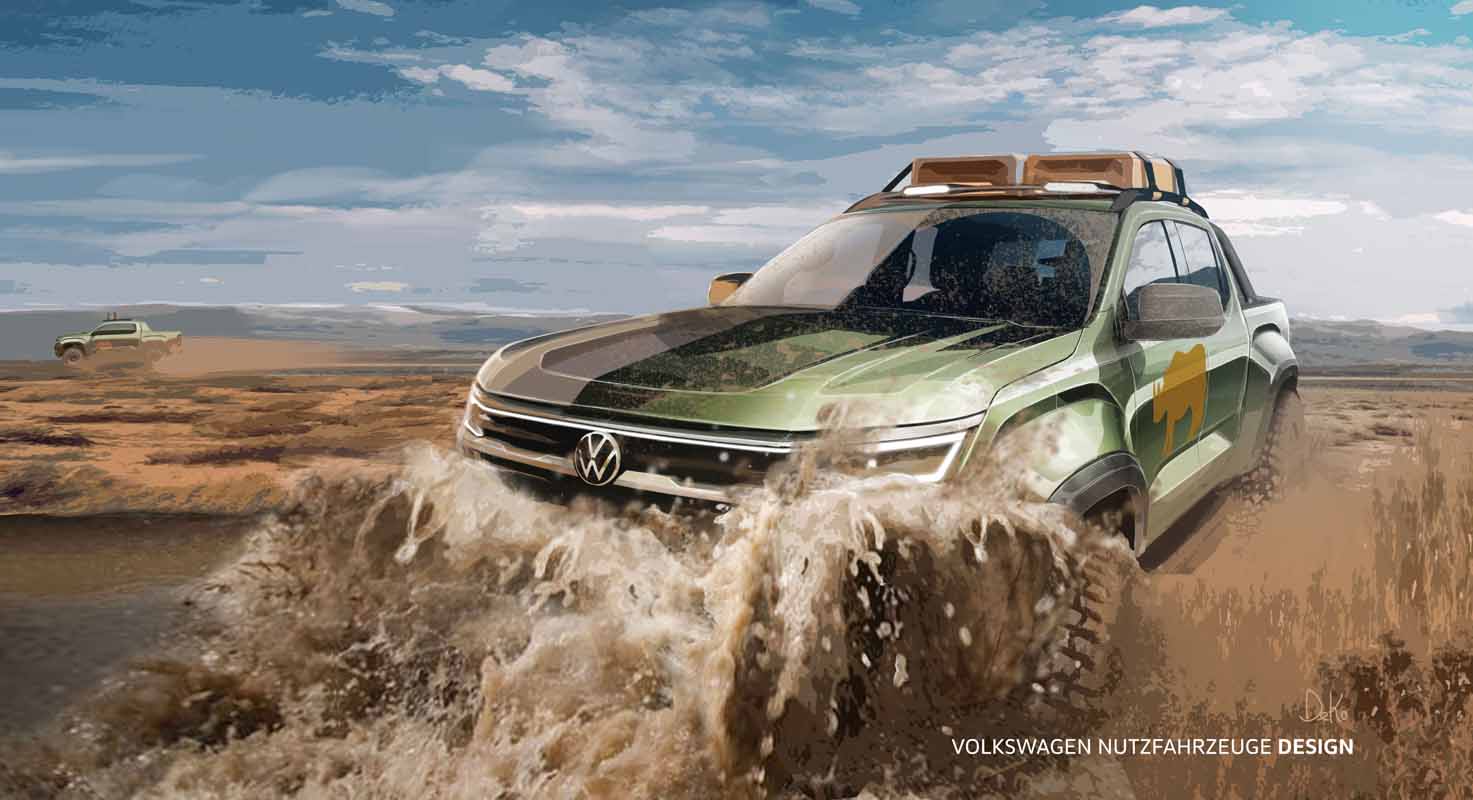