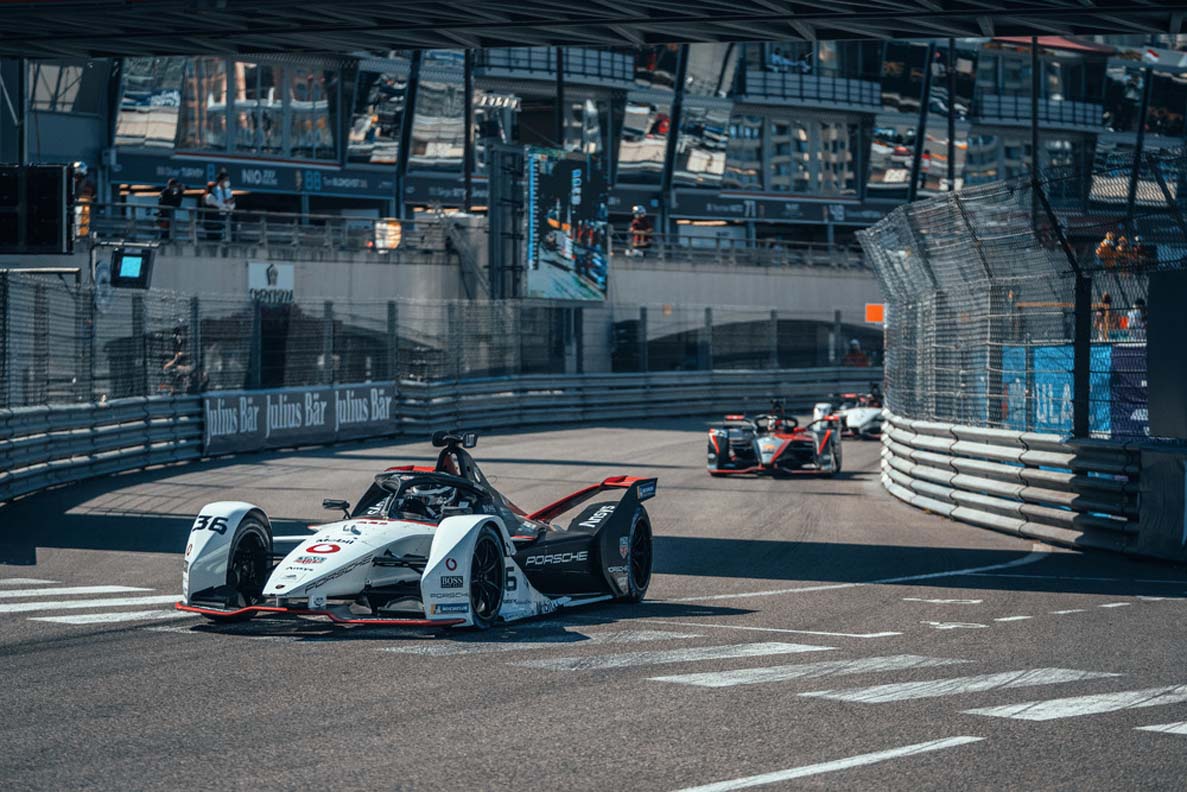 The racing debut of the Porsche 99X Electric on the Grand Prix circuit in Monaco did not yield the anticipated strong performance. After scoring podium results in Rome and Valencia, expectations were high in the TAG Heuer Porsche Formula E Team – however, in the picturesque setting of the Principality on the Côte d’Azur, the positive trend of recent weeks did not continue: at the Monaco E-Prix on Saturday, round seven of the ABB FIA Formula E World Championship, André Lotterer (GER) crossed the finish line ninth in the No. 36 Porsche 99X Electric, only to be handed a time penalty due to a collision shortly before the flag which relegated him back to 17th place. His teammate Pascal Wehrlein (GER/#99) had to pull into the pits shortly before the end of the race after becoming entangled in a collision caused by another competitor.

Race 7
For the 24-strong field of electric cars, the race through the streets of Monte Carlo was the highlight of the ABB FIA Formula E World Championship. Fierce battles for positions, spectacular overtaking manoeuvres and gripping action from start to finish – the 3.32-kilometre circuit with its unparalleled fascination is the perfect venue for the innovative electric racing series.

Full of confidence, Pascal Wehrlein took up the race from eighth place after narrowly missing the Super Pole by just five-hundredths of a second at the wheel of his Porsche 99X Electric. However, when the world’s fastest city traffic came to a halt in the first lap at the entry to the famous hairpin bend in front of the Hotel Fairmont, he was shuffled down the order to 15th. Over the remaining 45 minutes, he was unable to make up the lost ground. Shortly before the flag, a pursuer shunted the rear of his car and the resulting puncture forced him to conclude his race in the pits.

His teammate André Lotterer started from P19 and thus had almost the whole field in front of him. With very little chance to overtake on the narrow circuit, he made the best out of the situation. When he selected attack mode for the second time in his Porsche 99X Electric, he managed to move up into twelfth place. Towards the end of the race, he succeeded in overtaking several competitors and ultimately even took home points for ninth place. However, Lotterer’s joy over the fortunate outcome of his remarkable charge did not last long: he was subsequently handed a five-second time penalty for making contact with a competitor in the final lap.

Comments on the Monaco E-Prix, Race 7

Amiel Lindesay, Head of Operations Formula E: “Pascal did a good job in qualifying and only just missed out on Super Pole. The start wasn’t ideal. When he got stuck in the middle of traffic at the hairpin, a top placing was out of reach in this initial phase. The qualifying didn’t go well for André but he did a mega job coming from 19th to ninth in the race – not many manage that in Monaco. Unfortunately, the time penalty robbed him of the rewards he deserved. We have six weeks until the next races in Mexico. We’ll use this time to prepare for the challenges of the second half of the season.”

André Lotterer, Porsche works driver (#36): “Things didn’t really come together for me in qualifying, but it went much better in the race. At the start, I stayed out of any trouble and tried to conserve energy and get into a good rhythm. I succeeded. We really wanted to finish in the points, which is a pretty ambitious goal when you start from 19th on the grid, especially in Monaco. And we would’ve made it, too, had it not been for the time penalty at the end. Hopefully, things will go better for us in Mexico.

Pascal Wehrlein, Porsche works driver (#99): “It was a disappointing weekend all in all, at least in view of the result, but once again we underlined our potential. Our speed was pretty good, especially in qualifying. My start wasn’t great. I was shunted from behind in the hairpin. As a result, my car sustained quite a few damages. I’m now looking forward to the two new opportunities that are coming up at the doubleheader in Puebla.”

Next up
The next race for the TAG Heuer Porsche Formula E Team is the Puebla E-Prix in Mexico on 19/20 June with races 8 and 9 of the ABB FIA Formula E World Championship.

Porsche in Formula E
The TAG Heuer Porsche Formula E Team contests its second Formula E season in 2021 with the Porsche 99X Electric. André Lotterer celebrated a successful racing debut in November 2019, finishing second at the season-opening race in Diriyah after meticulous preparation: a dream start and proof that Porsche had a competitive vehicle right from the outset with the Porsche 99X Electric. This was impressively underlined by the first pole position in Mexico City and another second place on home turf in Berlin. Formula E is the world’s first fully-electric street racing series and, as an accelerator for innovative and sustainable mobility technologies, it has brought thrilling motorsport to people living in major cities since 2014. This season, in which a driver and team world champion will be crowned for the first time, more automobile manufacturers compete than in any other racing series. As such, the races are fascinating and fiercely contested. 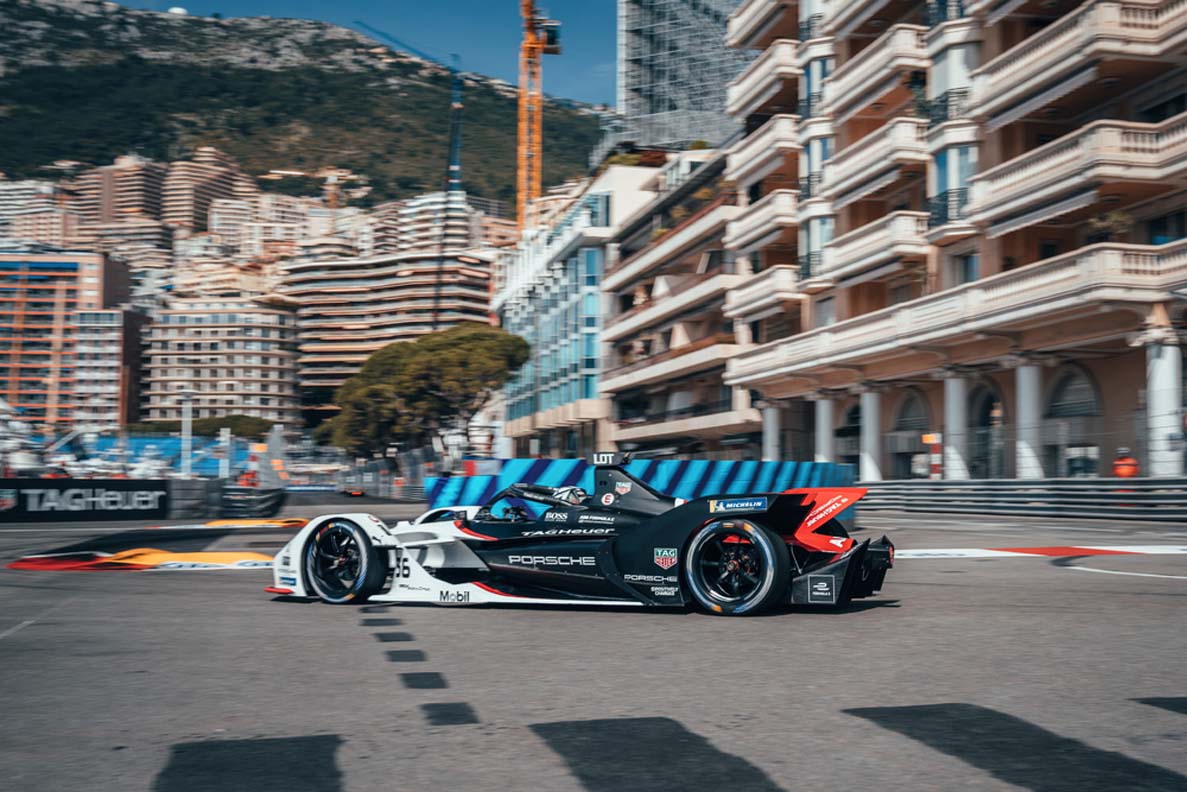 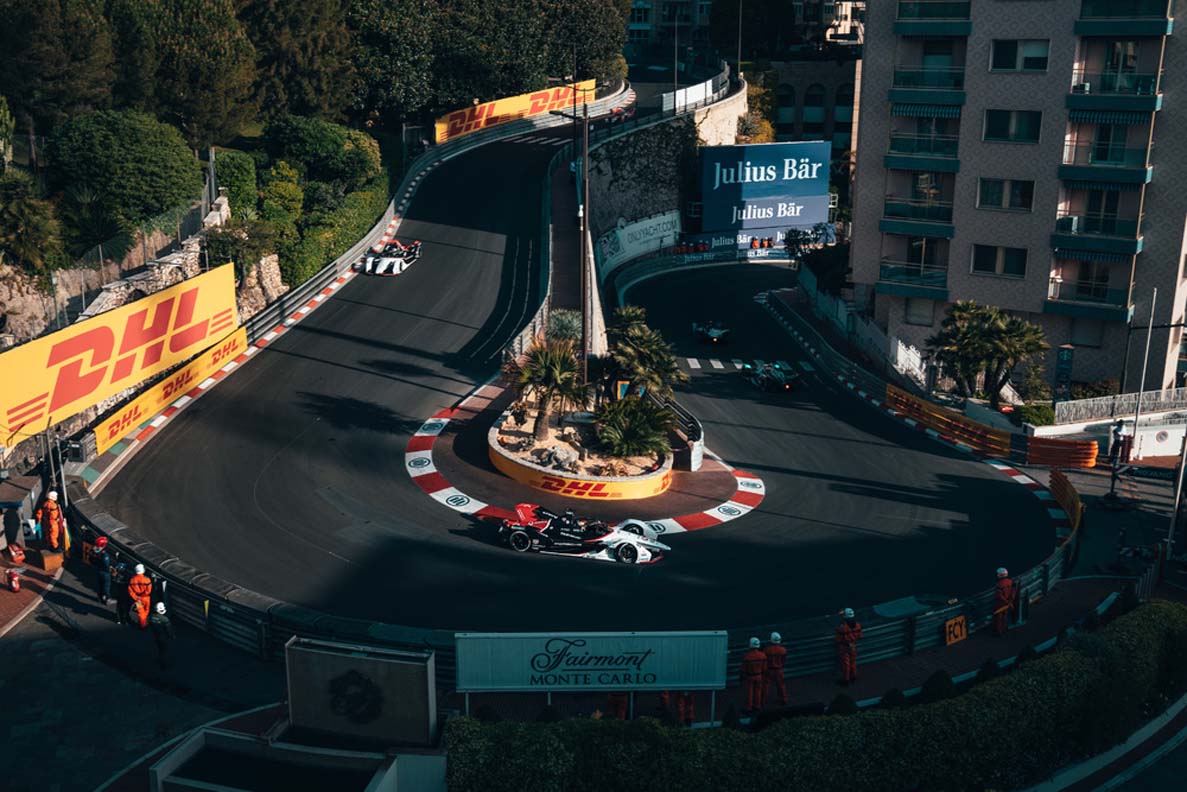 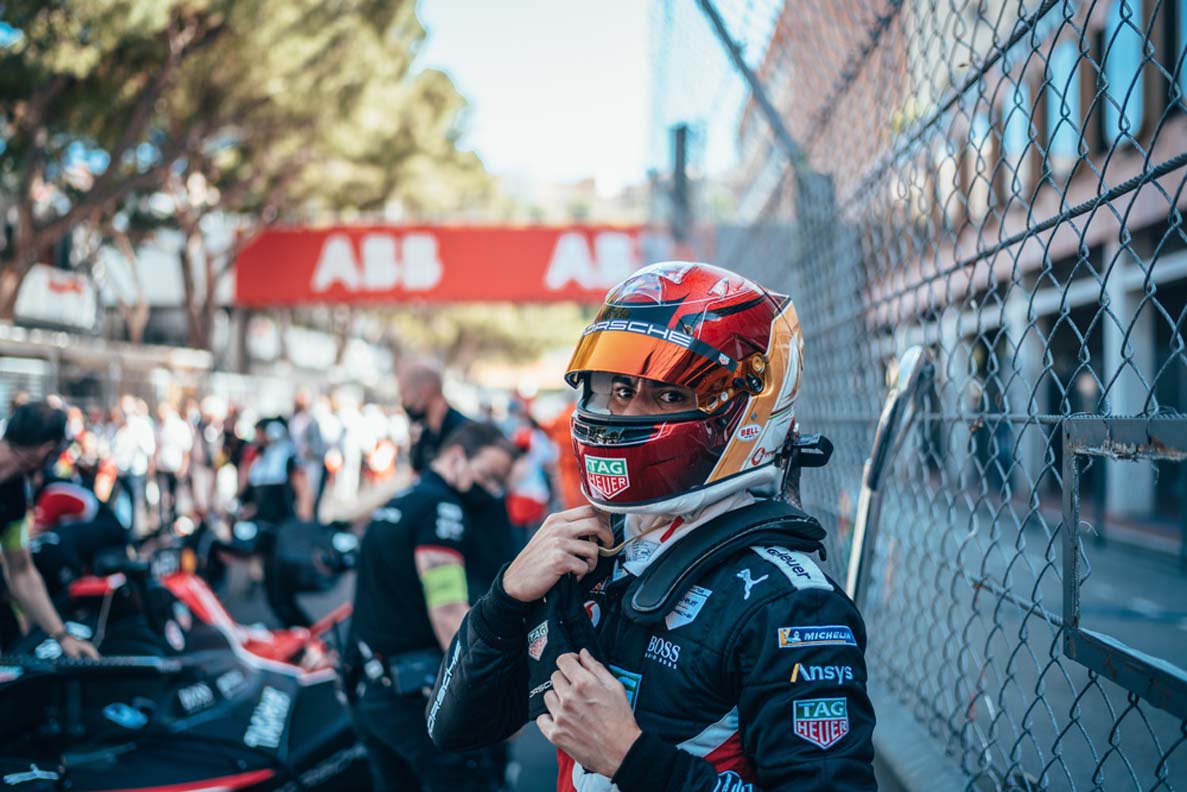 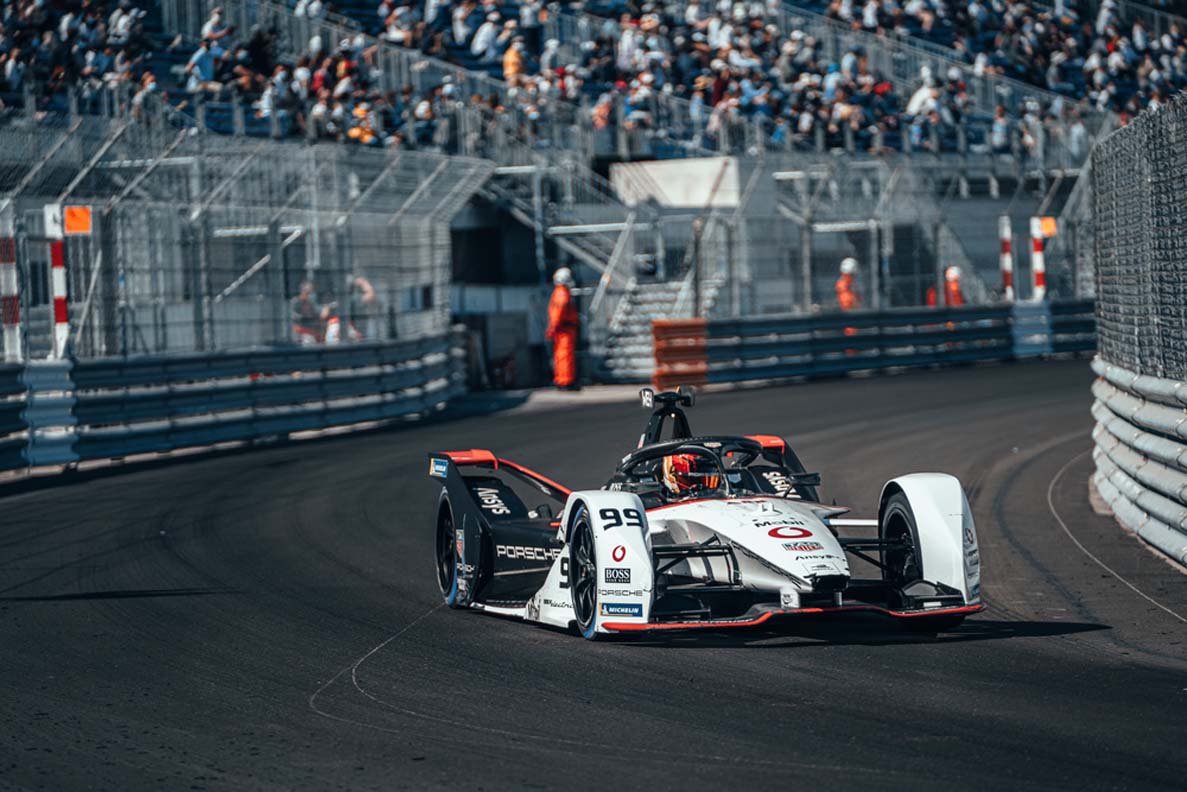 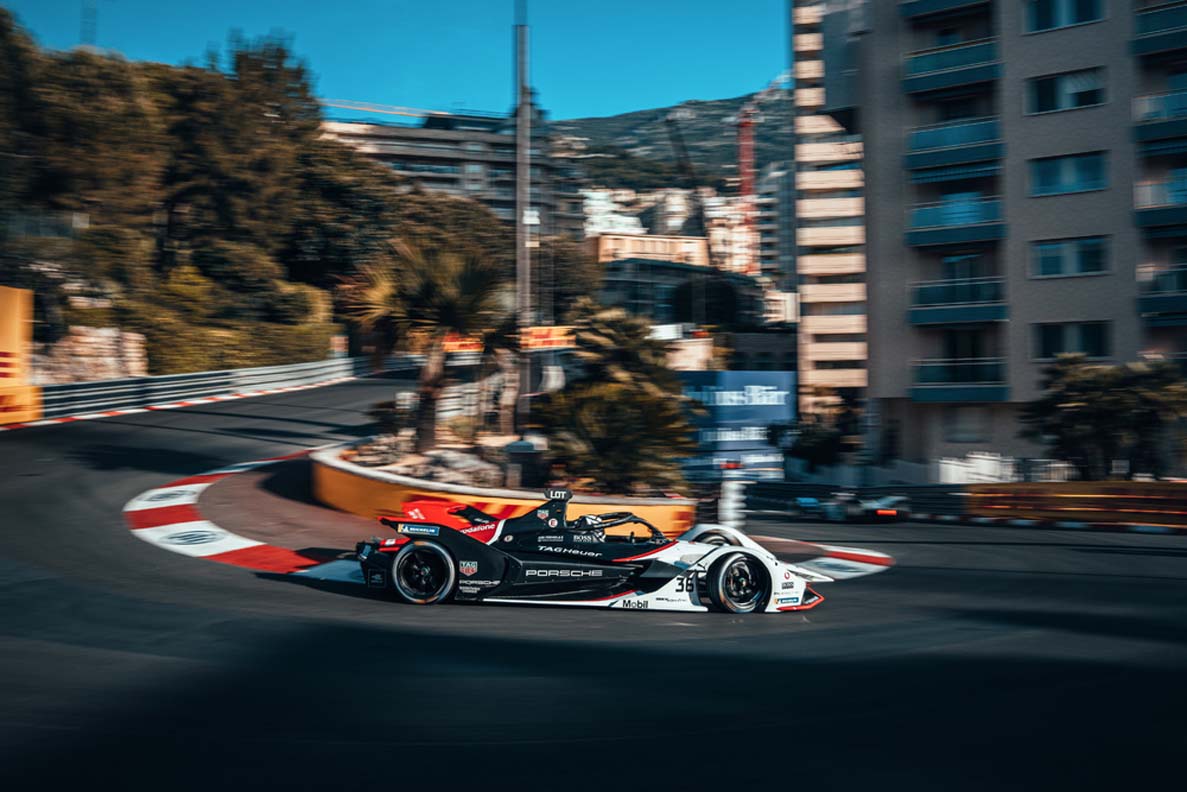 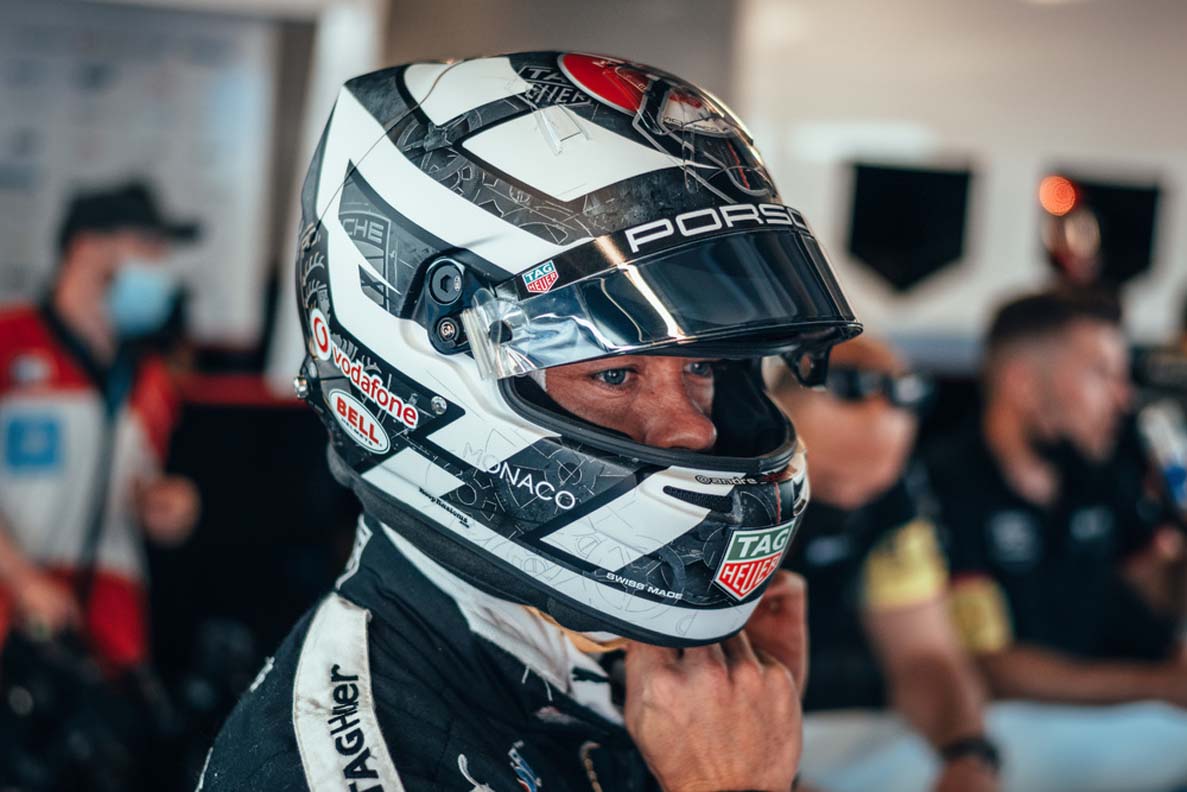 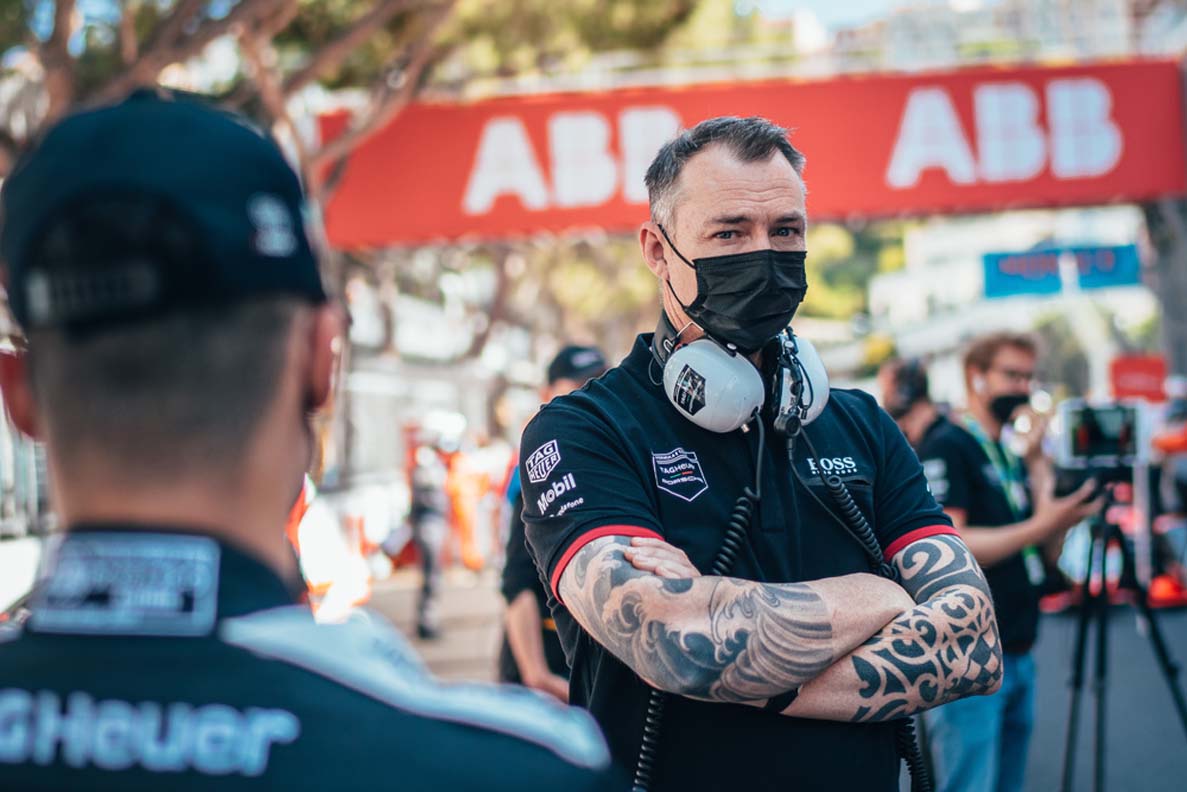 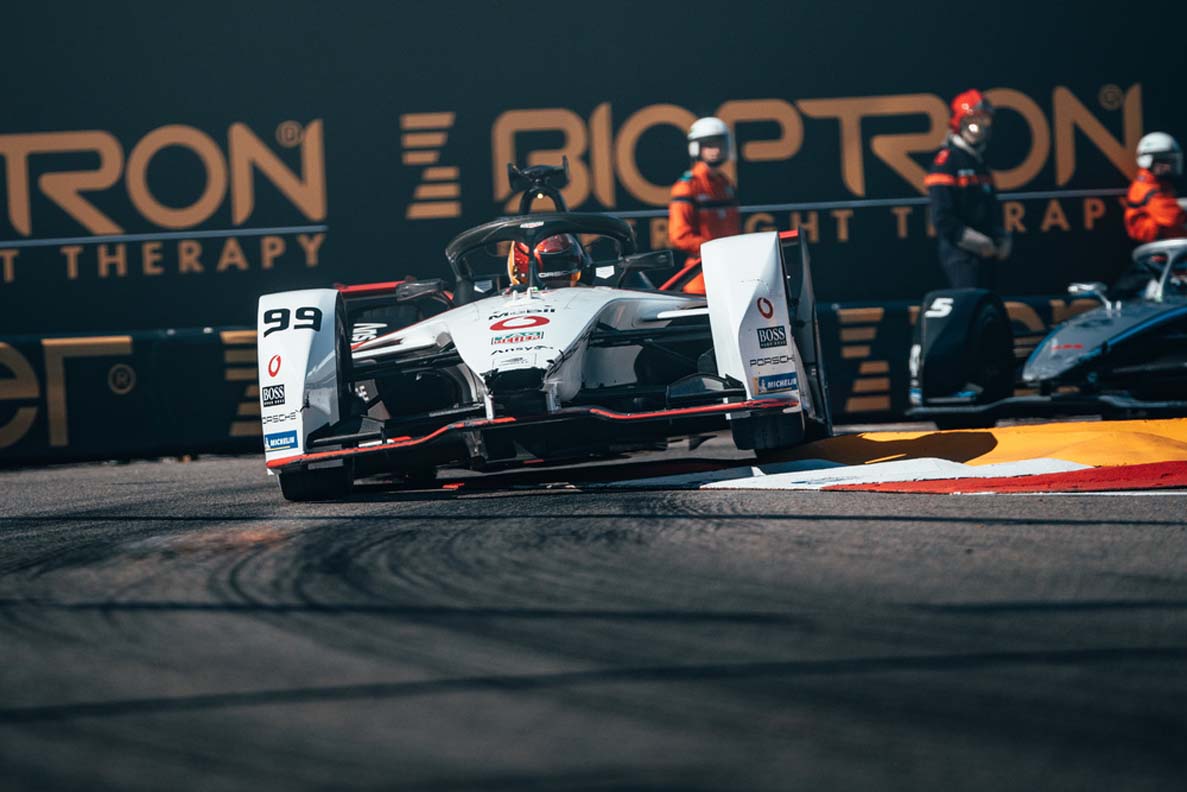 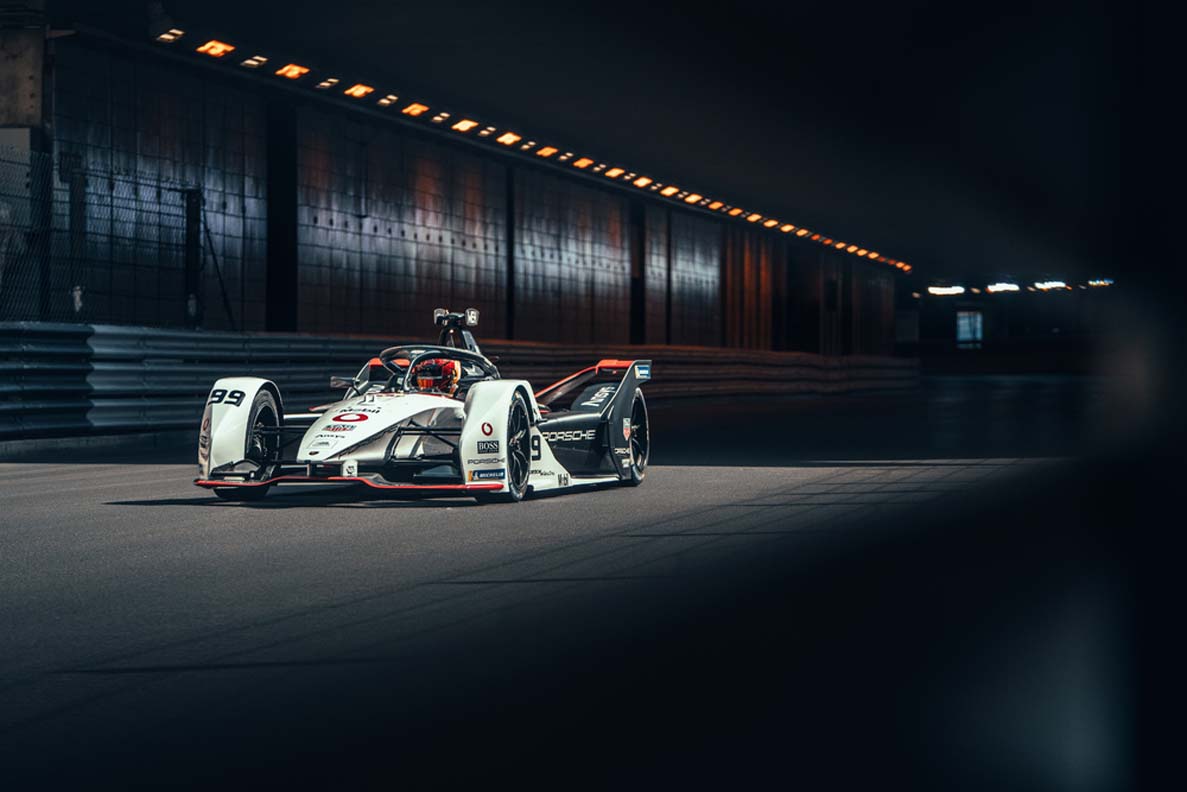 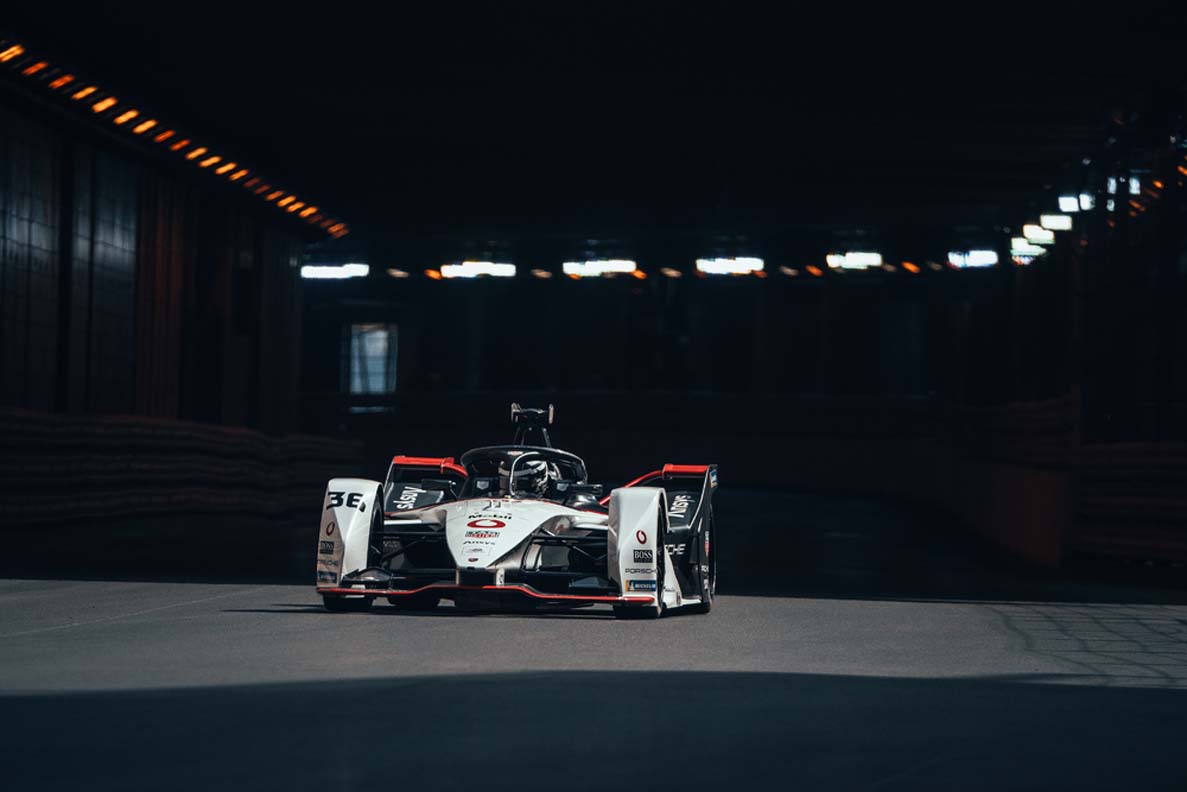 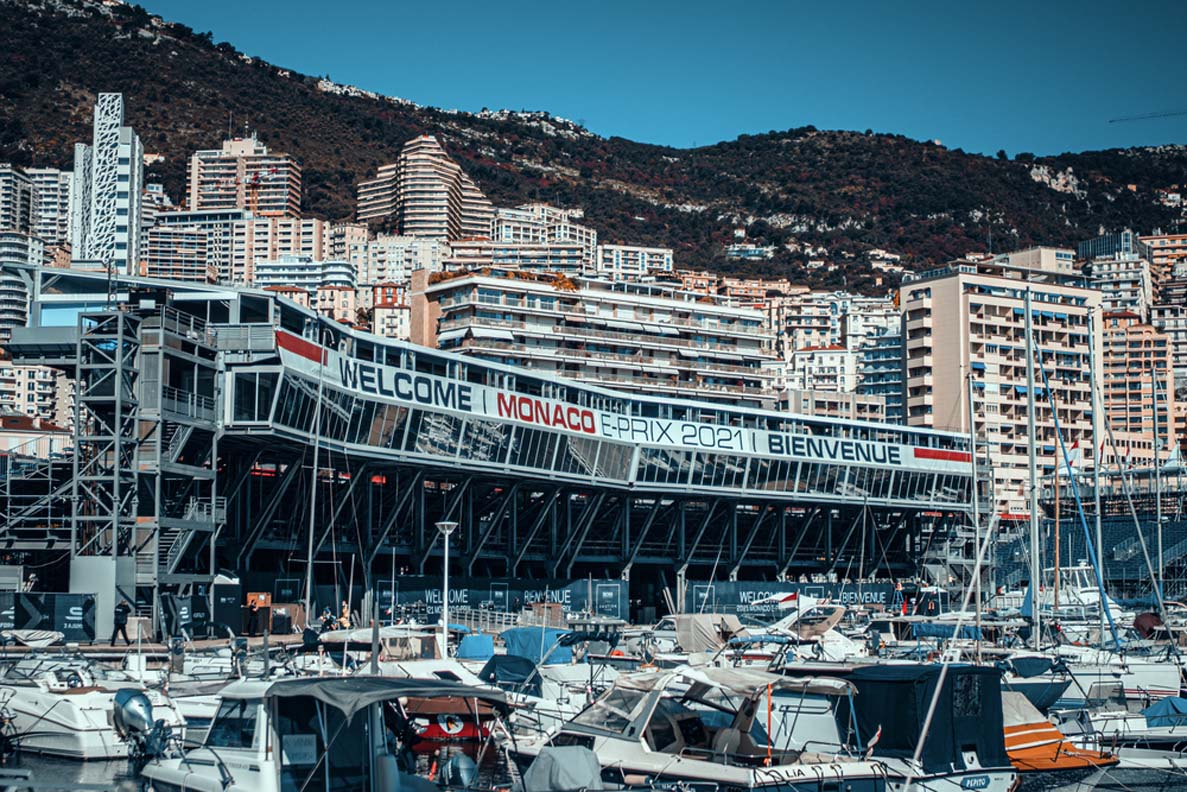 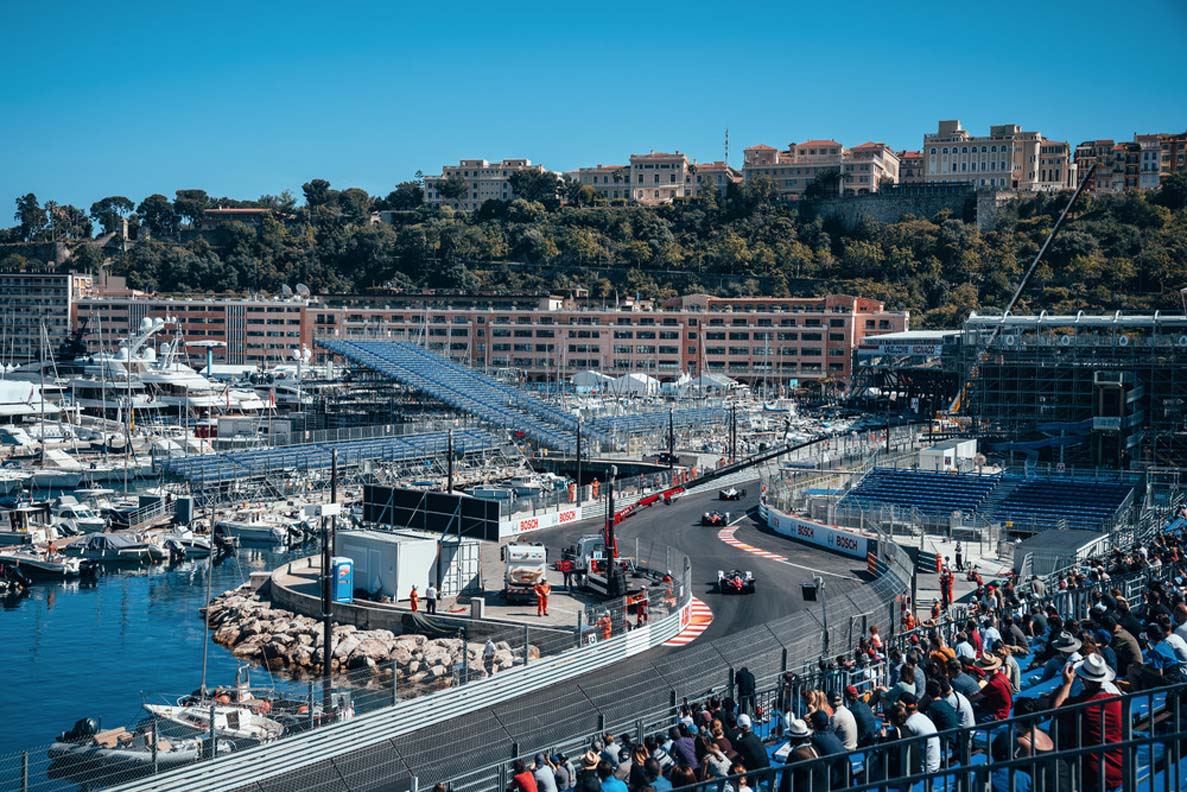 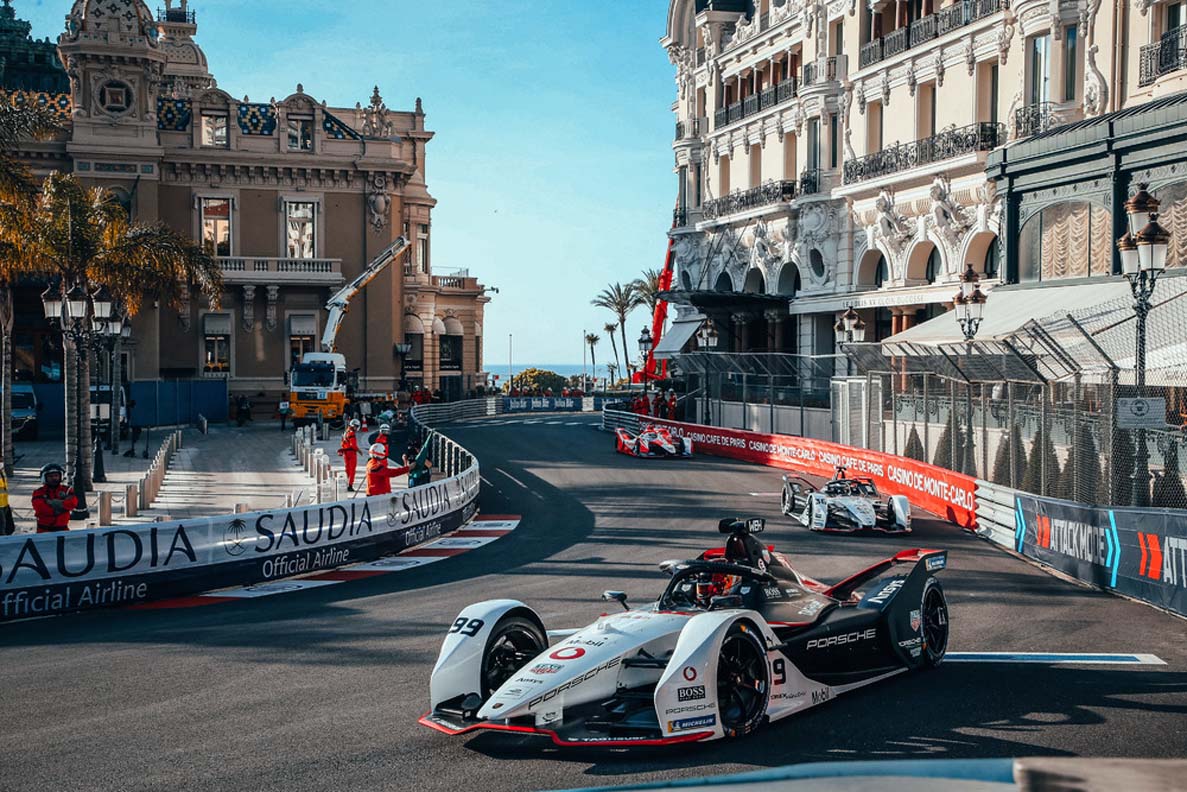 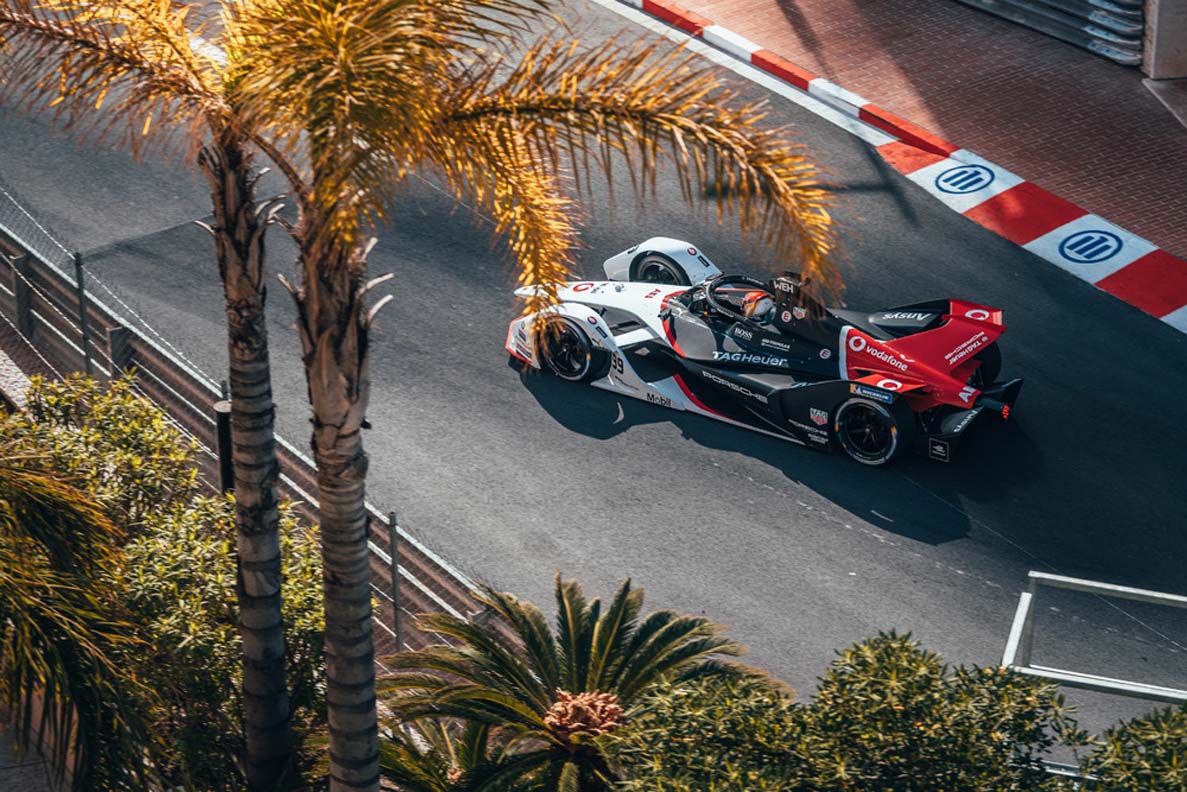