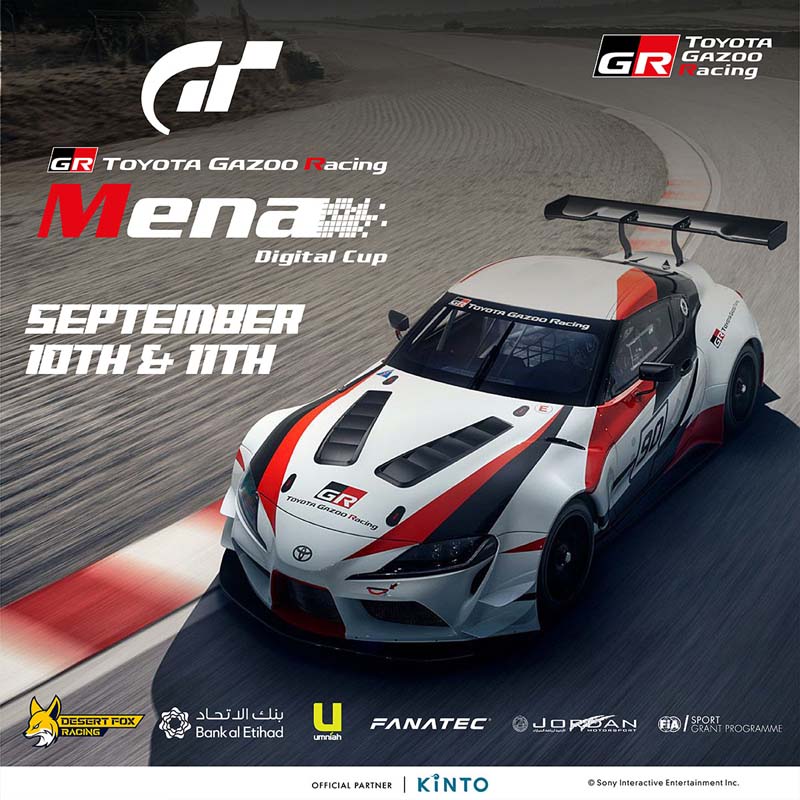 Jordan is slated to host the first-ever Toyota Gazoo Racing MENA Digital Cup in the region on Saturday 11 September, 2021, with the participation of 24 eager contestants. The mega sporting event, which simulates actual international racing tracks, is organized with the support of Toyota Motor Corporation – represented by Toyota Gazoo Racing – as Title Sponsor, Bank al Etihad as Gold Sponsor, Umniah as Silver Sponsor, Desert Fox Racing, Fanatec and Jordan Digital Sports Federation, as well as Jordan Motorsport as organizers, all under the official sponsorship of the Fédération Internationale de l’Automobile (FIA).
22 of the contestants will represent 11 countries: Lebanon, UAE, Qatar, Bahrain, Kuwait, Saudi Arabia, Cyprus, Tunisia, Mauritania, Oman and Jordan – whereby two racers, Sultan Khalifa and Salem Al Mesmari, will represent the UAE. An additional two female contestants will also participate in the cup.
The championship will replicate the real racing world with unprecedented accuracy thanks to a partnership with one of the most advanced online driving simulator games – Gran Turismo Sport – and the latest hardware and software technologies pertaining to racing rigs and racing simulators. One day before the event, a welcoming ceremony will be held at the Royal Automobile Museum in Amman in the presence of prominent influencers and motorsport fans, during which exhibition races will take place.
Toyota Gazoo Racing MENA Digital Cup Project Lead, Nadim Haddad, stated, “With around 330 million video racers in the MENA region alone, taking motorsports into the digital realm with an official event like this will enable a wider segment of youth to experience the thrilling and competitive world of racing. Given its accessibility, safety and affordability compared with real-life racing, digital motorsports has been rapidly growing, bringing together drivers from all over the world. We are excited to have Toyota Motor Corporation – represented by Toyota Gazoo Racing – support such an outstanding event that presents youth throughout the region with a prime platform to showcase their talents in digital motorsports and compete within the global arena. That being said, we eagerly look forward to further competitions in the upcoming years.”
In turn, Jordan Motorsport CEO, Zaid Balqez, expressed his excitement at the Kingdom’s hosting of the first digital motorsports championship in the region, “This one-of-a-kind event is a true chance for young individuals to explore and grow their talents before making serious investments in motorsports, especially as accessibility becomes more difficult and more expensive. Moreover, the championship is an excellent opportunity for advancing motorsports in the Kingdom, while exporting exceptional Arab talents within this field to the world.
” 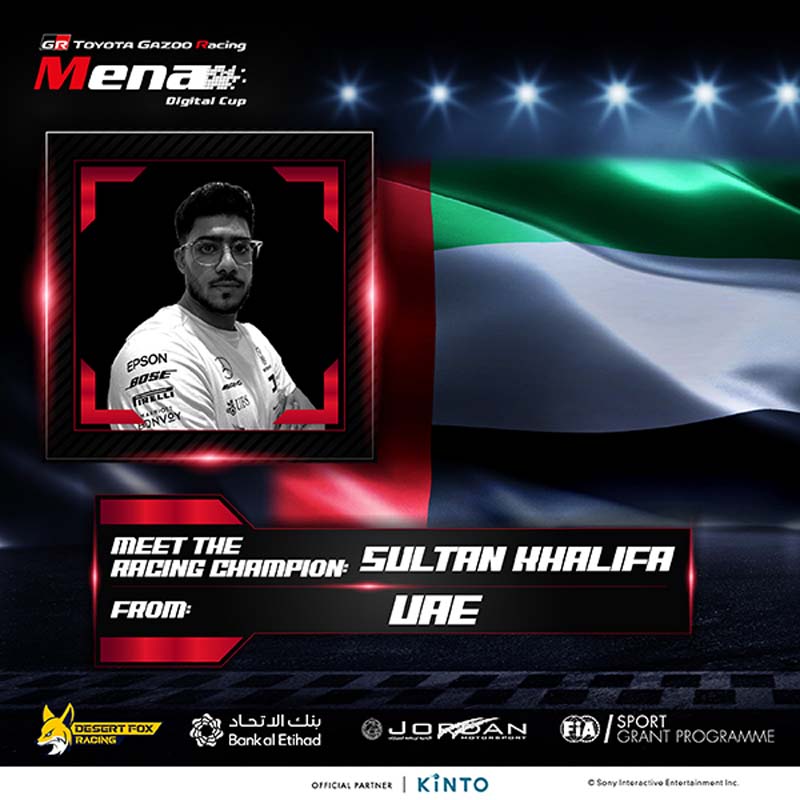 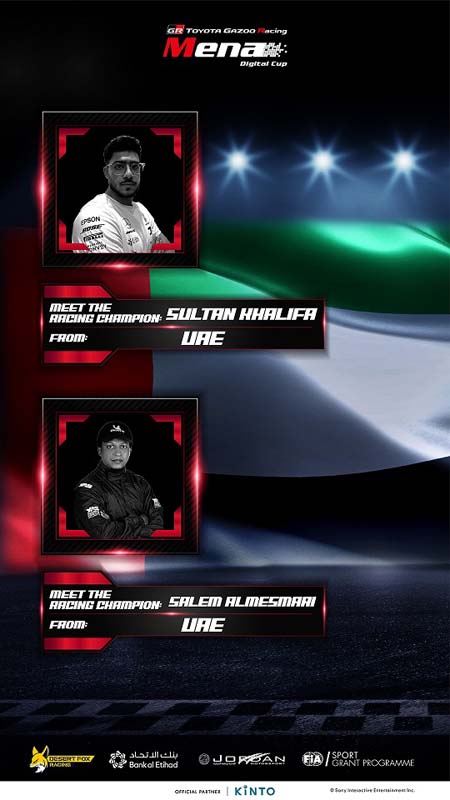 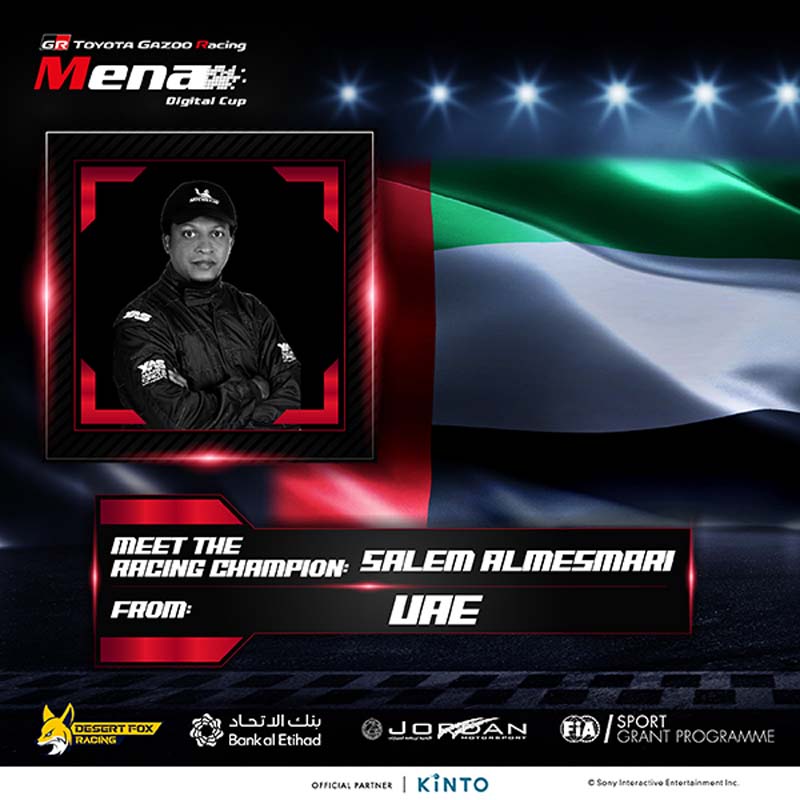