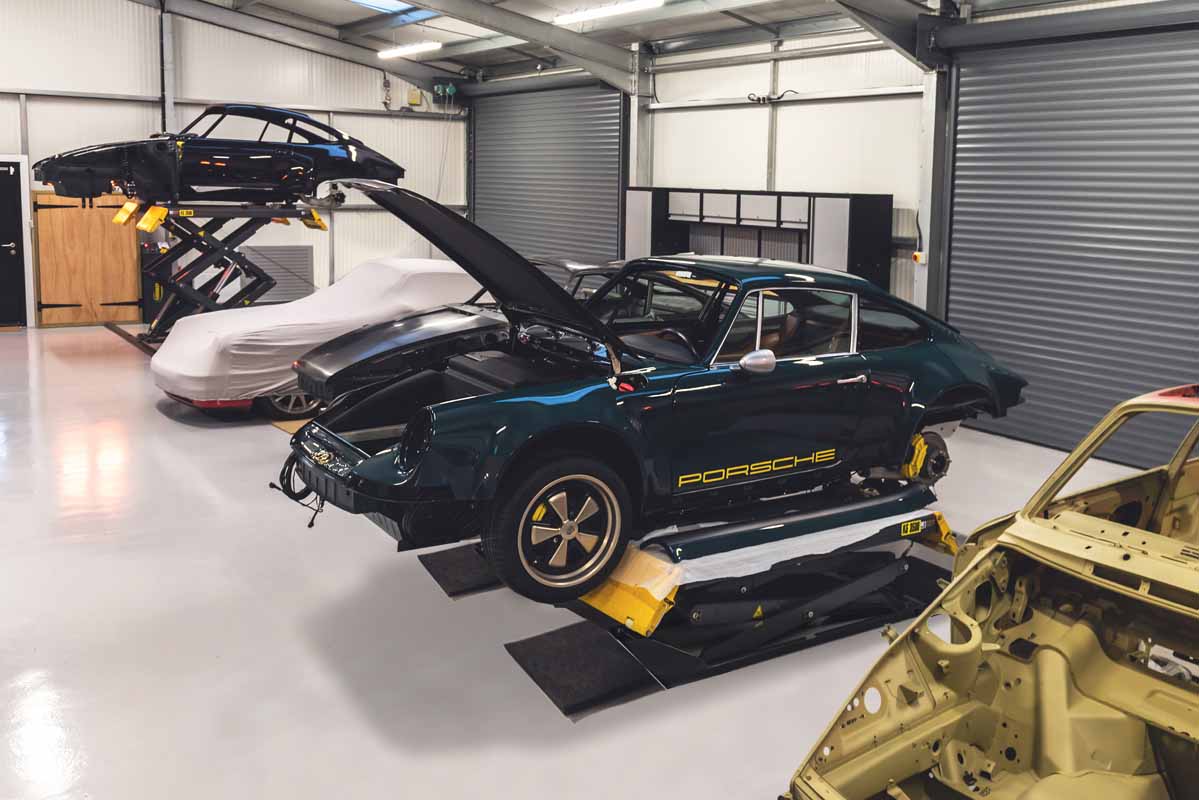 capabilities with the opening of a new, purpose-built facility, and a series of expert new staff joining the team. Theon Design’s expansion is driven by surging international demand for its bespoke,

exactingly developed, design-led Porsche 911 (964) based commissions, which are offered for sale in every major global territory.

Founded in 2016 by Adam Hawley, a car designer, and business and marketing expert Lucinda Argy, Theon comprises experts in automotive design, engineering, engine and chassis development, along with trim and vehicle manufacturing. It is driven by a desire to build the perfect air-cooled Porsche 911, one that combines the aesthetics and analogue driver involvement of a classic with modern

Hawley, who spent 20 years as a designer working for leading automotive OEMs, such as BMW,

Jaguar and Lotus, explains: “Our goal is to enhance the Porsche 911 formula, applying an OEM-like approach, using Computer Aided Design (CAD) and manufacture to deliver the highest

quality and finish – all while honouring Stuttgart’s rich heritage and engineering ethos”.

For each 911 (964) based commission, every component is 3D scanned and modelled, enabling Theon to assemble each car to the tightest possible tolerances, and create a unique, enhanced 911. A wide range of engines are available – from 285bhp 3.6-litre, 370bhp 3.8-litre and 400bhp naturally-aspirated options to forced induction, with both turbocharging and supercharging also offered.

proposition, captivated by the prospect of a classic Porsche 911 that incorporates 3D modelled,

exhaustively engineered OEM+ quality, along with complete personalisation potential; customers are more eager than ever to realise their Porsche 911 fantasy.

Hawley comments: “We are delighted to have such a passionate client base, with whom we closely collaborate on each bespoke commission. We have been equally thrilled by the surge in demand for our cars over the past 18 months; Theon Design has an expanding order bank of Porsche enthusiasts from across the globe, with cars in build for customers in Belgium, Chile, North America and Italy, on top of multiple cars for the UK.

“These customers will join our growing group of existing clients in Europe, North & South America, and Asia – the ‘Theon owners club’ if you will – a truly international community. It means a great deal to have such interest in what we do as a company, and that our passion-driven creations, underpinned by the team’s obsessive attention detail, resonate with enthusiasts around the world.” 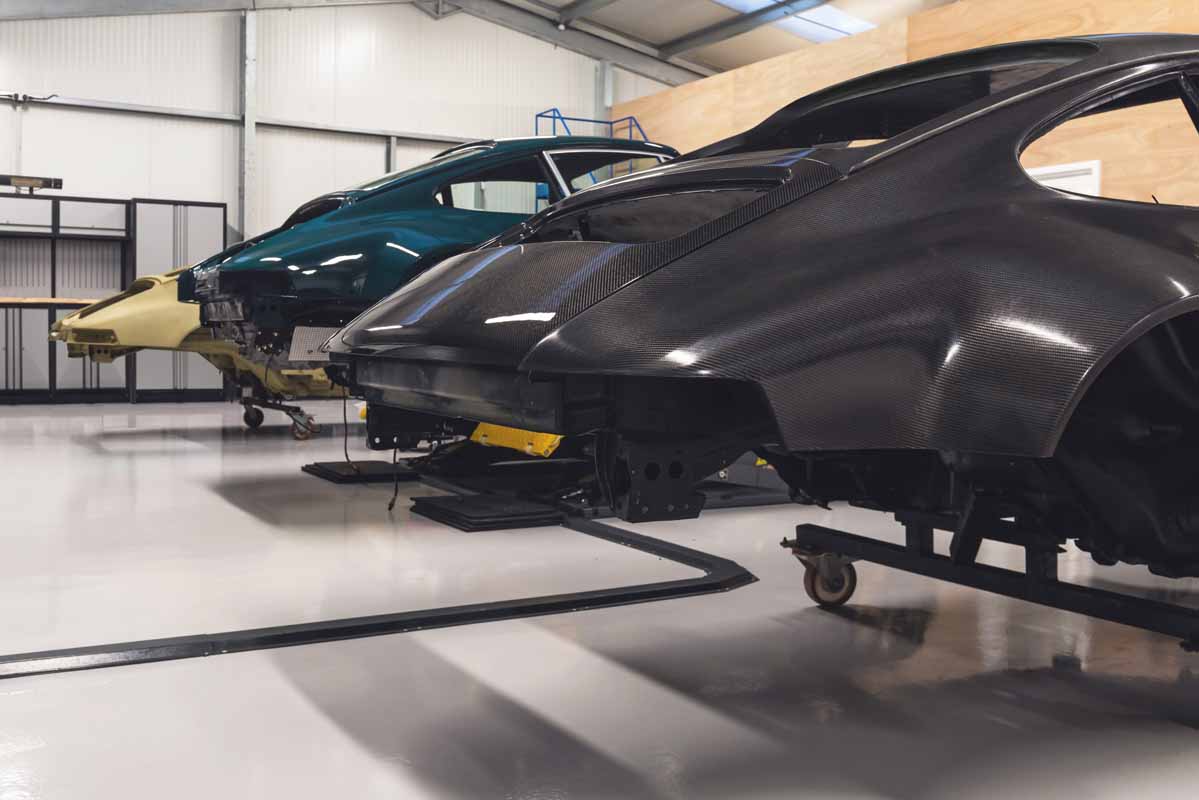 To meet growing international demand, Theon has been significantly expanded, with an all-new

A proudly British operation, Theon’s new state state-of-the-art base is located in Deddington,

Oxfordshire, nestled in the heart of the UK’s famed ‘Motorsport Valley’. Theon Design’s location means it is ideally placed to further develop its partnerships with high-end automotive suppliers,

The facility is constructed on a multi-acre site and features a design studio along with production hall, enabling final assembly of multiple commissions to be carried out in parallel, as well as an engine build shop. The new building increases Theon’s footprint by 200%, with its previous HQ now

repurposed to focus solely on restoration and hand forming of body panels.

The new facility’s plot was also selected with the future very much in mind: surrounded by picturesque fields the site has space for events and company open days, as well as ample capacity for expansion in the coming years as the business develops further.

Theon’s headcount has increased by 100% year on year, ensuring that more cars can than ever

before can be in-build simultaneously, all the while maintaining the very highest, OEM+ standards that Theon are renowned for worldwide.

Recent additions to the Theon team have been lured from the likes of Cosworth and Bugatti, along with world-leading Porsche specialists.

Theon’s exacting approach – the total attention to detail applied to each commission – is also on show when it comes to recruitment, as Hawley explains: “When growing the company, we’ve been utterly focused on ensuring that additions to the team are hugely capable, detail obsessed automotive experts – those not only with a passion for perfection, but also for Porsches, who can help drive Theon Design to new heights.

“Whatever the role – designer, engineer, fabricator, technician – all new hires share the focus of Theon as a company, our unique ‘Purity of Purpose’; as a team we remain united around a singular objective: creating the ultimate-air cooled 911.

Hawley concludes: “Our newly bolstered team, along with our all-new, state-of-the-art facility, will

enable us to take Theon Design to a whole new level, harnessing and delivering upon the

unprecedented demand we’ve experienced for our bespoke commissions. We’re also future-proofed as a business, primed to develop and grow the further in the years to come, extending the Theon

Design experience to more passionate Porsche enthusiasts than ever before.”

Theon Design’s latest commission is known as BEL001. It is the first for a Belgian customer, the first to feature active damping – in conjunction with road and race suspension experts TracTive – and the first to feature a 450bhp 3.6-litre supercharged air-cooled flat six-cylinder engine. The new creation will be fully revealed in the coming weeks. 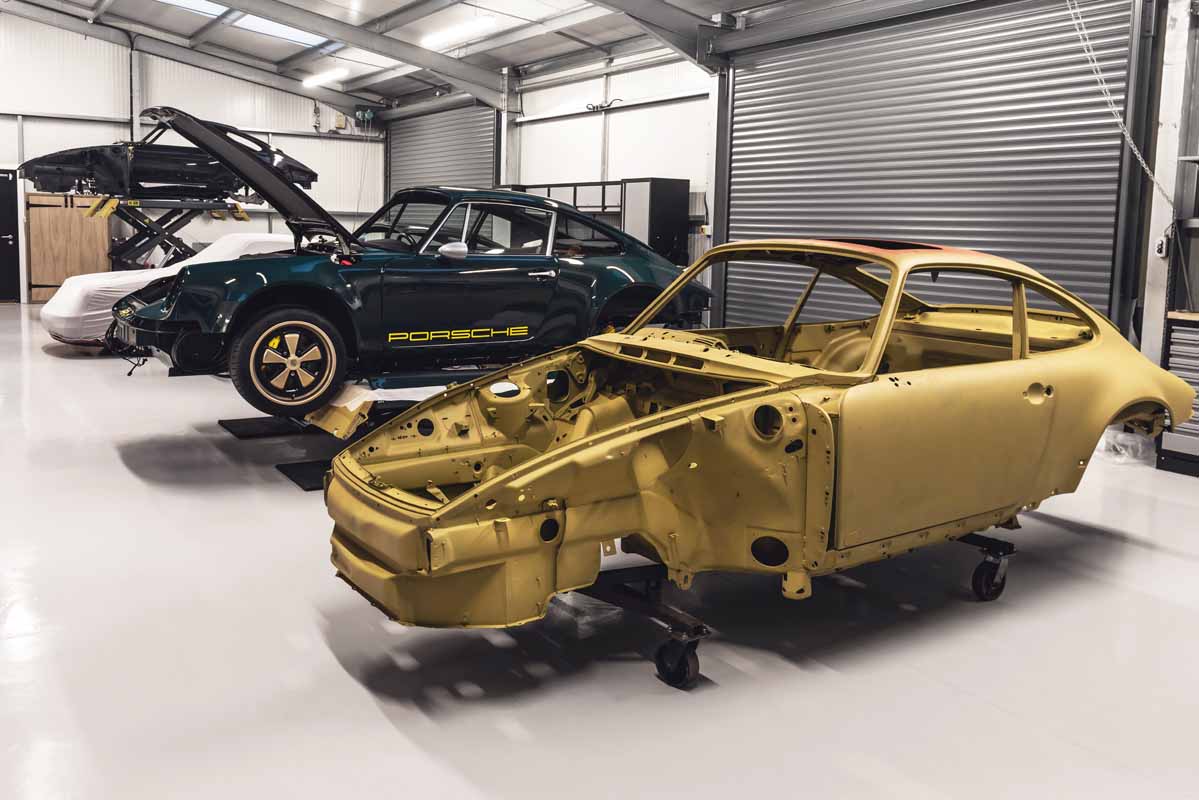