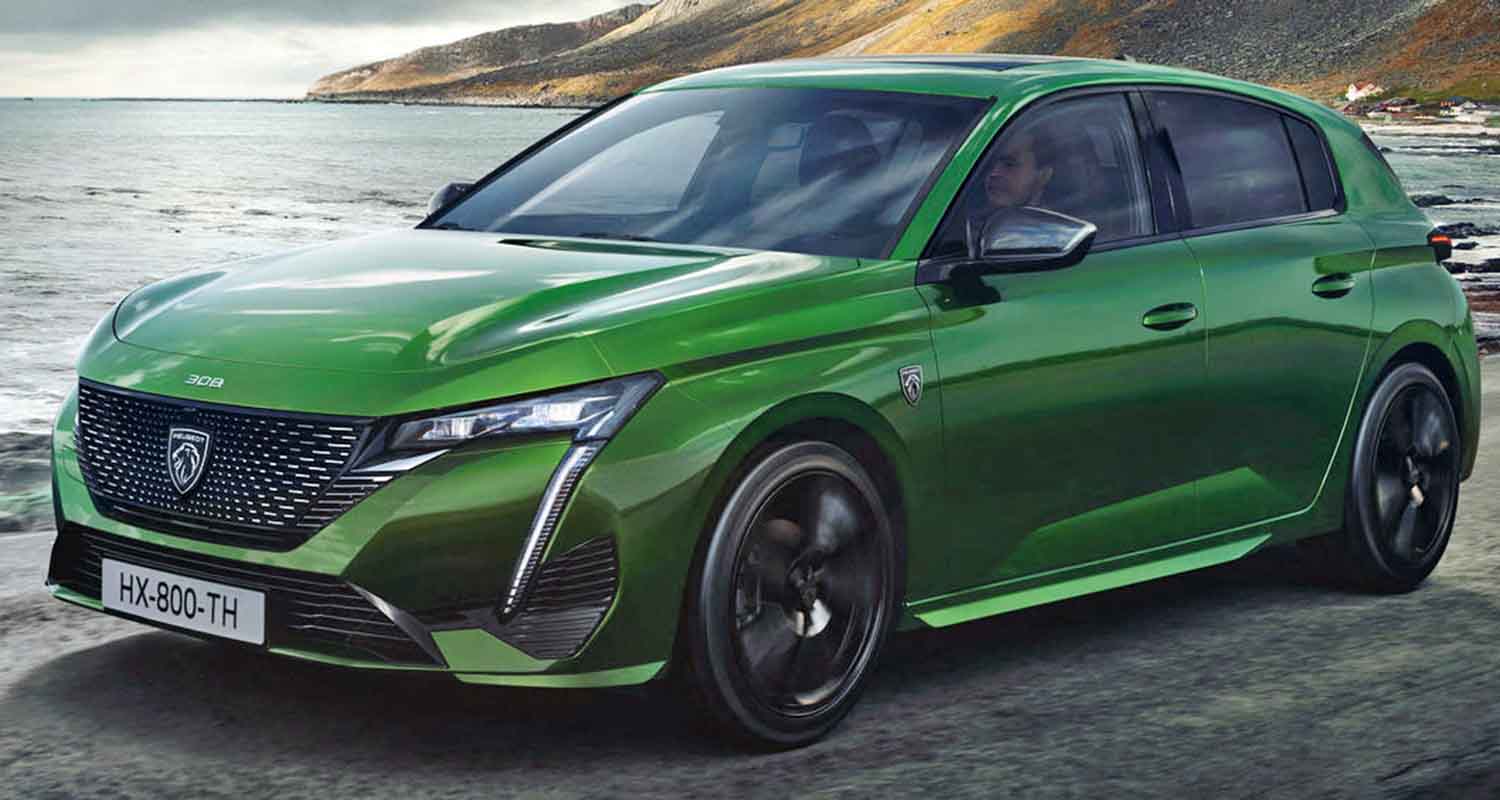 On October 26, 2021, the jury of the “German Car of the Year” (GCOTY) announced the new PEUGEOT 308 as the winner in the Compact class (entry level price up to € 25,000 incl. VAT), among 11 contenders from 9 carmakers. For the jury, the Power of Choice strategy at PEUGEOT was a particular focus: customers can choose between gasoline, Diesel and two plug-in hybrid engines. Further reasons for the award of the compact hatch are the modern technology, the digital and individually programmable PEUGEOT i-Cockpit® as well as the new design with the new PEUGEOT logo. In Germany, the new PEUGEOT 308 starts at € 23,200 incl. VAT in the Active Pack equipment variant for the PureTech 110. The compact hatch from the Lion brand is a winner, as its predecessor which has received many awards, including the “Car of the Year 2014”.

Focus on the German Car Of The Year (GCOTY) 1

On October 26th, the New PEUGEOT 308 won the GCOTY 2022 in the Compact class which represents the most affordable cars. Five Categories were awarded: Compact (<25 k€), Premium (> 25 k€), Luxury (> 50 k€), New Energy and Performance. The focus here was on the relevance of the models on the market and their future viability. The winners in this five classes will compete for the overall GCOTY 2022, which will be announced on November 25th.  This award is a coveted prize in the automotive industry. Independent from any publishing house, car maker or motor show, the GCOTY is awarded by a jury of 20 international motor journalists. Most of them are based in Germany or in German speaking countries.

“This is the first award for the new generation of the PEUGEOT 308. We are very proud that the 308 was able to assert itself in the compact class in Germany. Many thanks to the German Car of the Year jury and the entire PEUGEOT team. The success also shows us that we are on the right track with the Power of Choice strategy and our consistent path to electro-mobility. With the new PEUGEOT 308, we have already electrified 80 percent of our car range.” Said Haico van der Luyt, Managing Director of PEUGEOT Germany.

As the first production vehicle with the new logo, the PEUGEOT 308 is at the center of the new brand identity of the Lion brand. The full-LED headlights display the brand-typical light signature (vertical at the front and with the three claws at the rear).
State-of-the-art driver assistance systems such as the reversing camera, the collision warning system, the blind spot assistant with a range of 75 meters, the emergency brake assistant and the active lane departure warning system with steering intervention ensure additional safety when driving.

The PEUGEOT i-Cockpit® (compact steering wheel, head up display, central touchscreen) has been further developed and modernized for the new PEUGEOT 308. With the i-Connect® Advanced and the digital i-Toggles®, the model has an intuitive and networked infotainment system.
True to the motto Power of Choice, the new PEUGEOT 308 is offered in two plug-in hybrid versions (electric and gasoline engine 180hp & 225 hp) and as a combustion engine with various gasoline or Diesel engines. A fully electric version will follow in 2023. 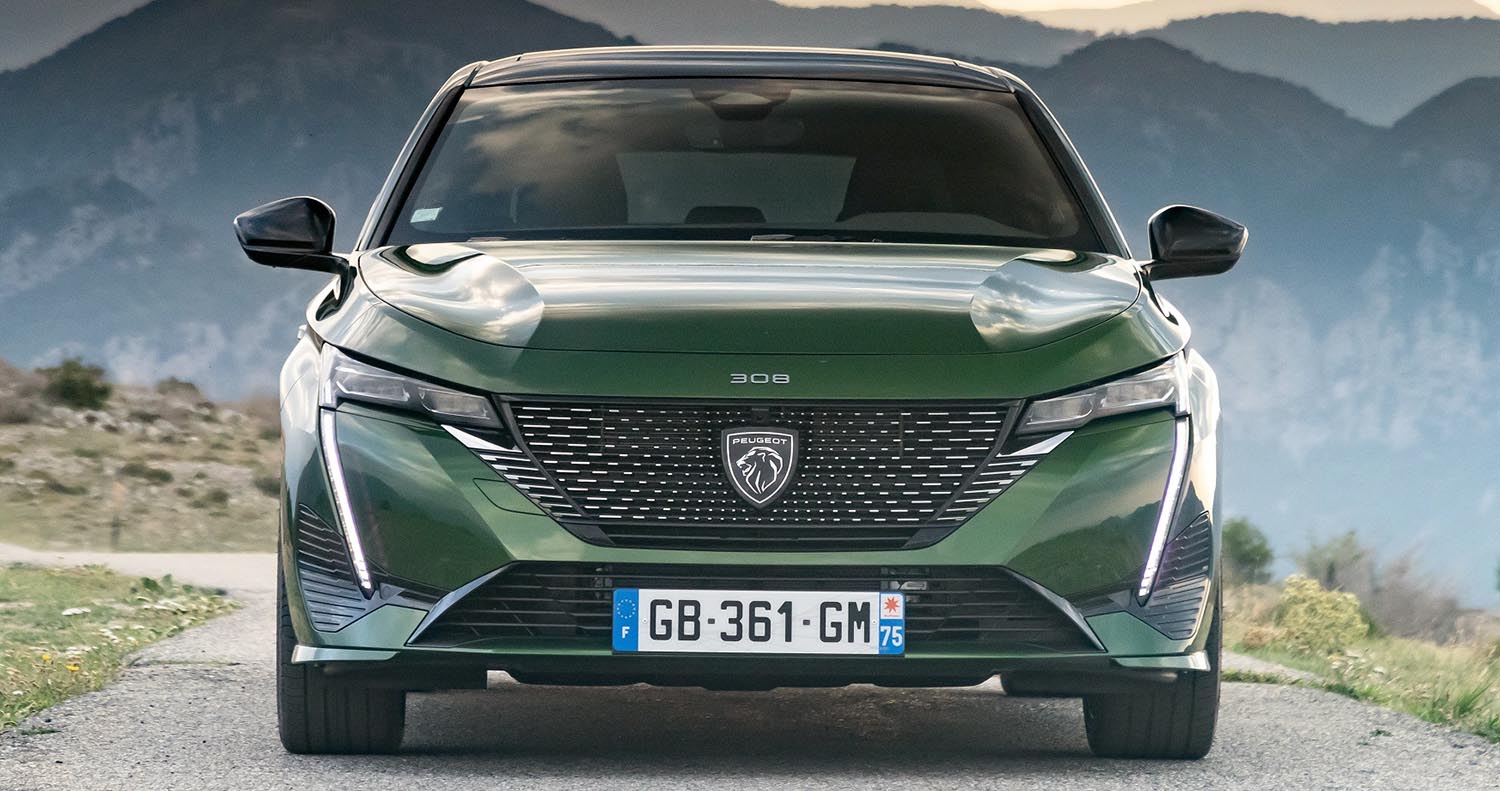 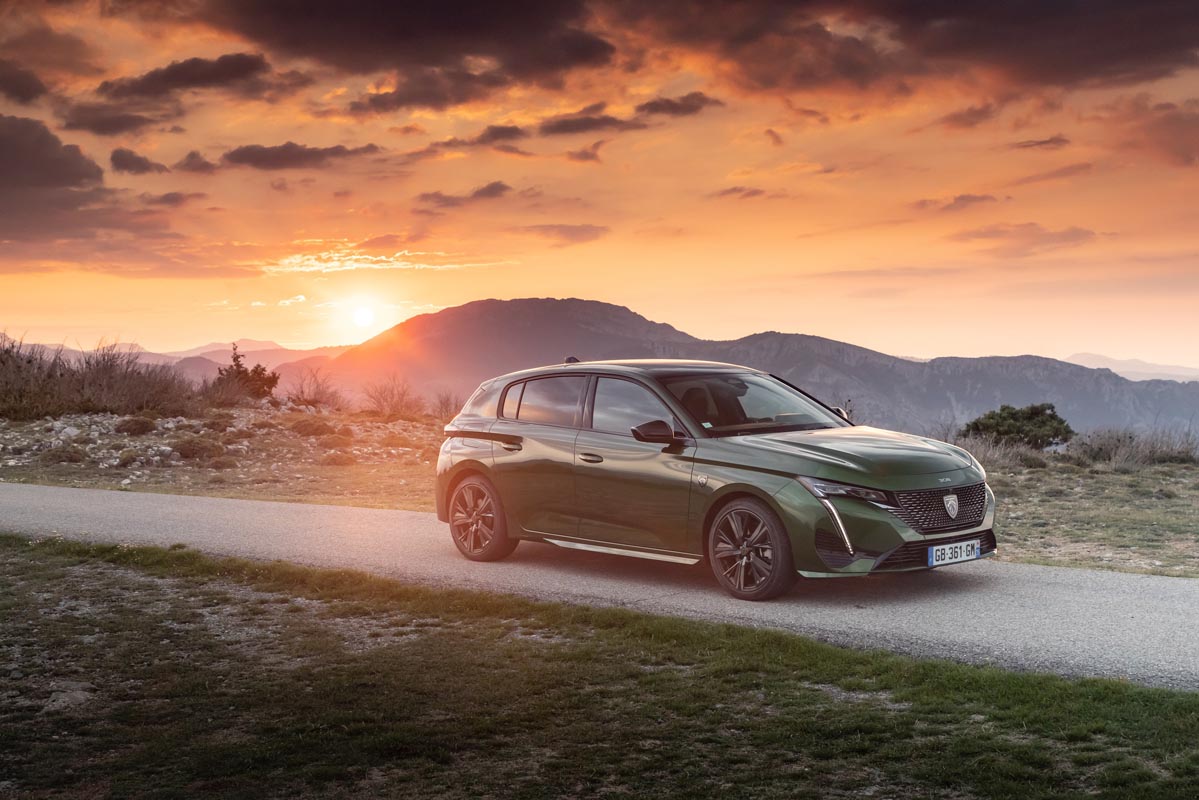 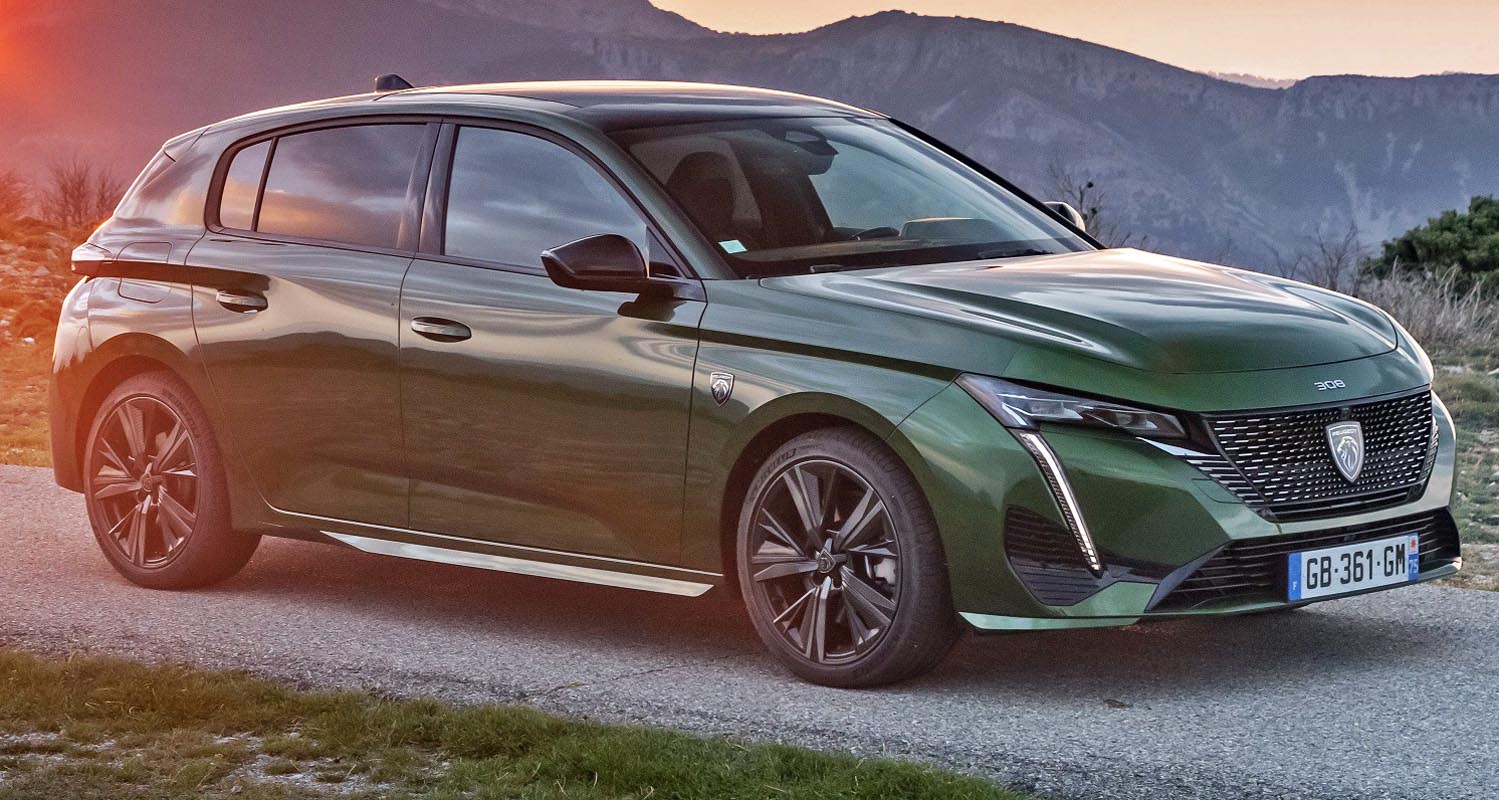 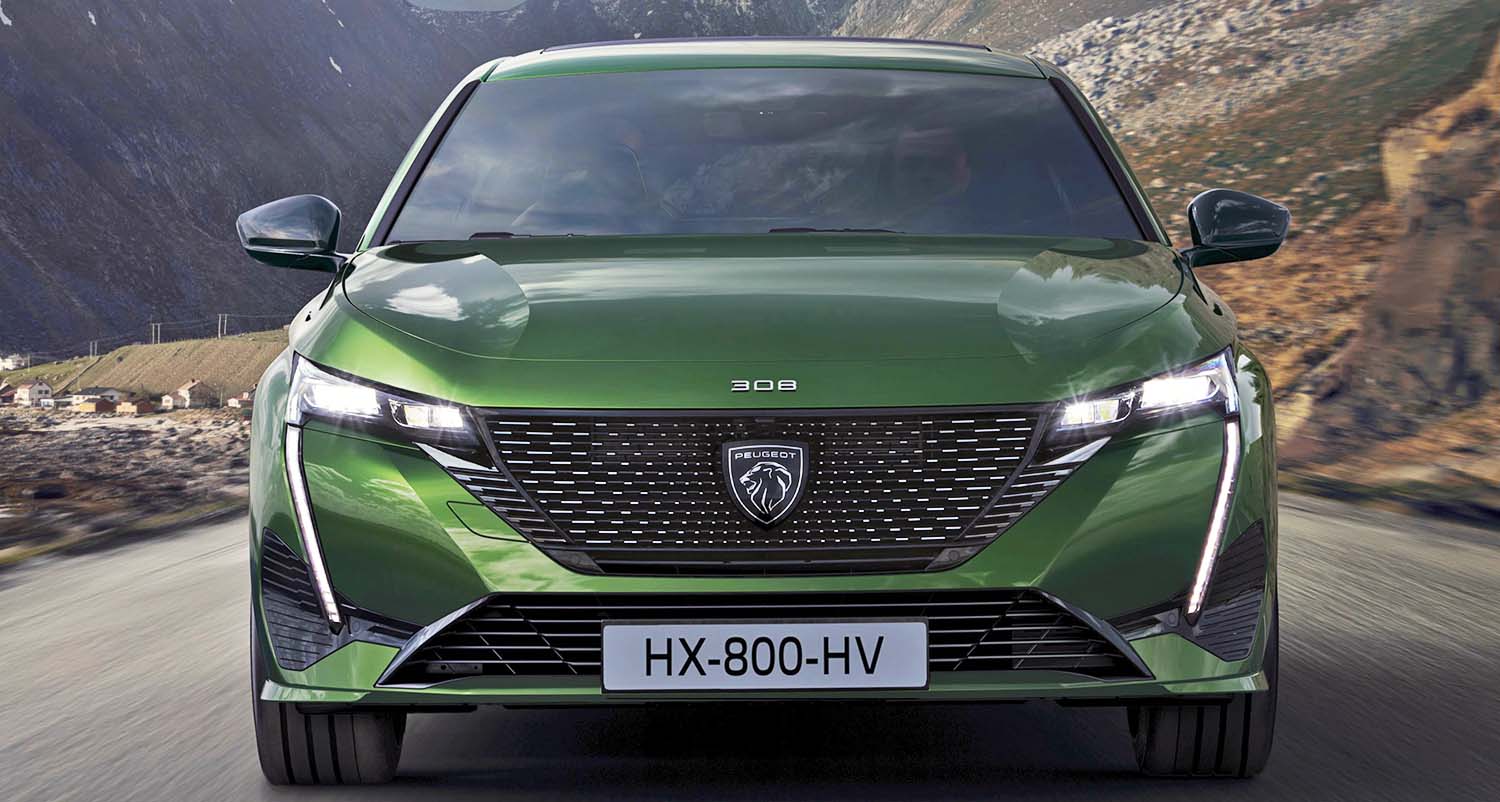 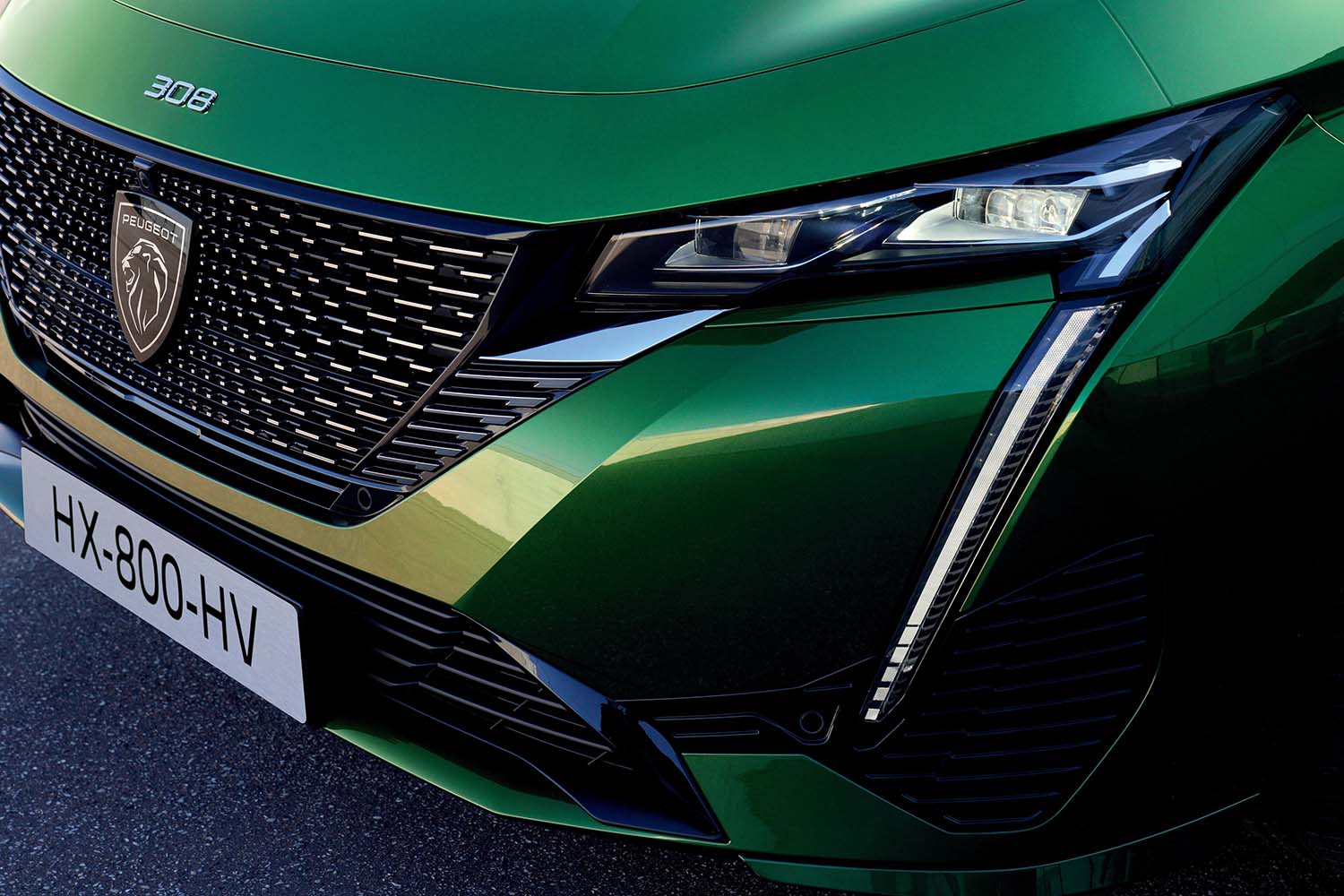 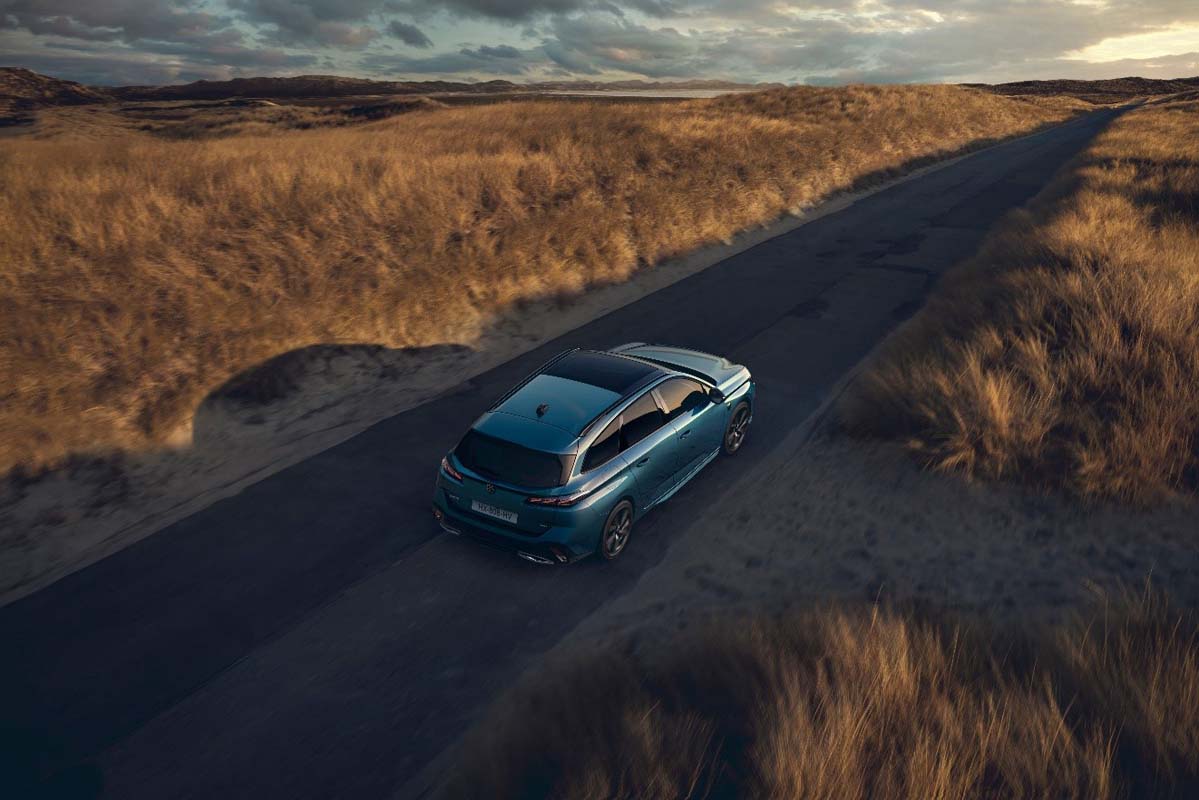 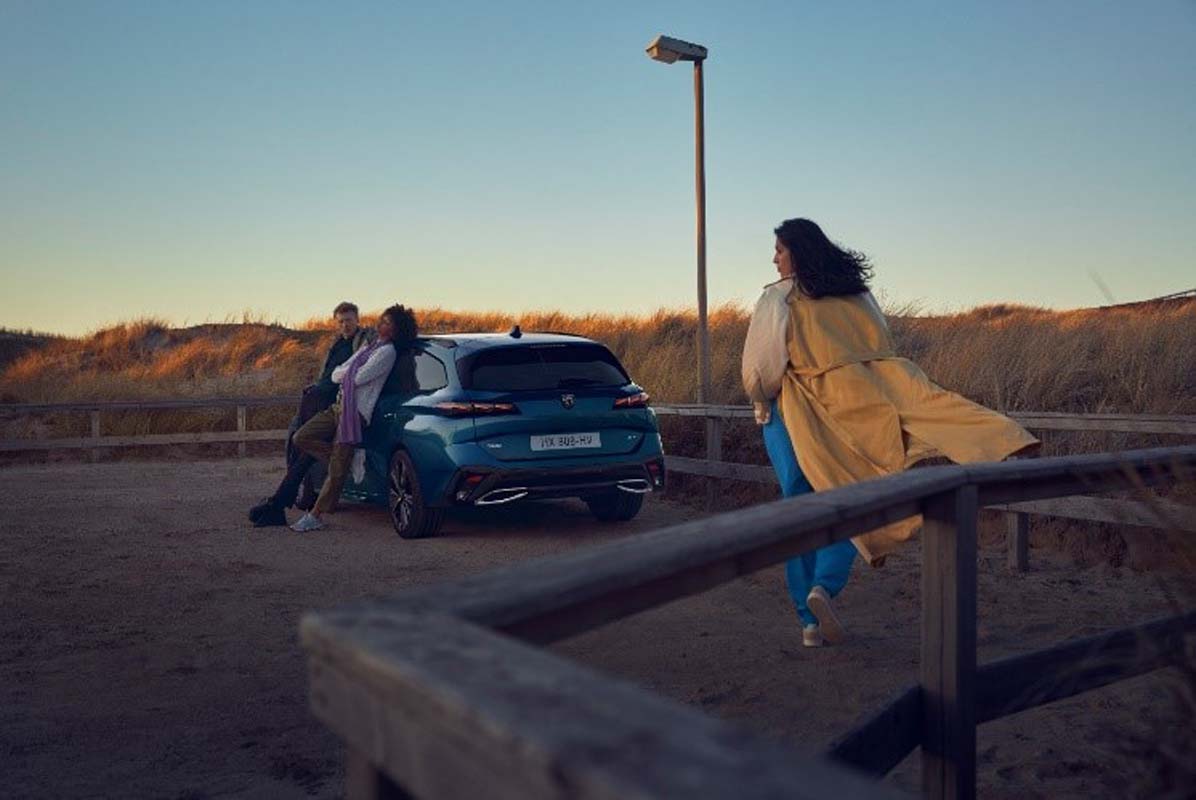 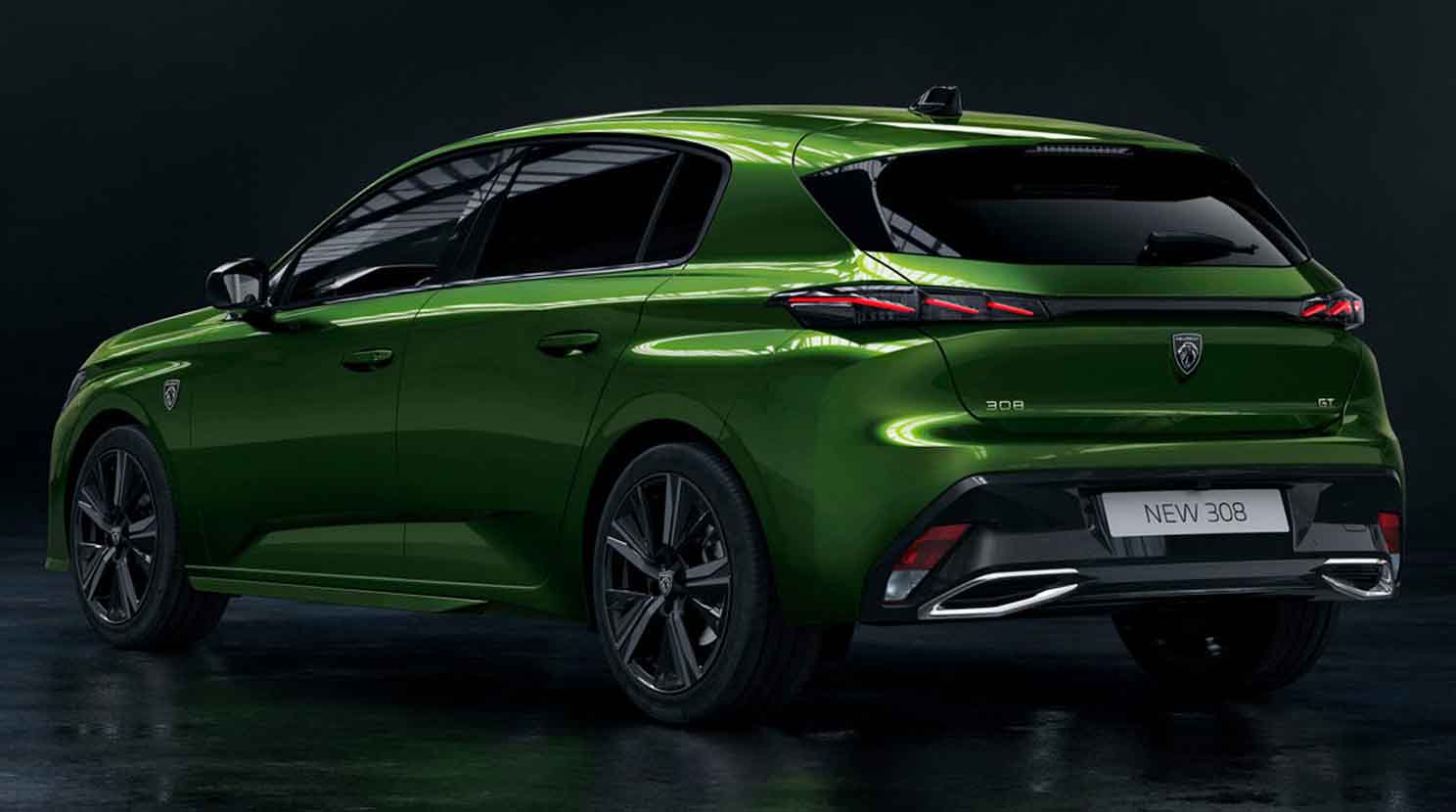 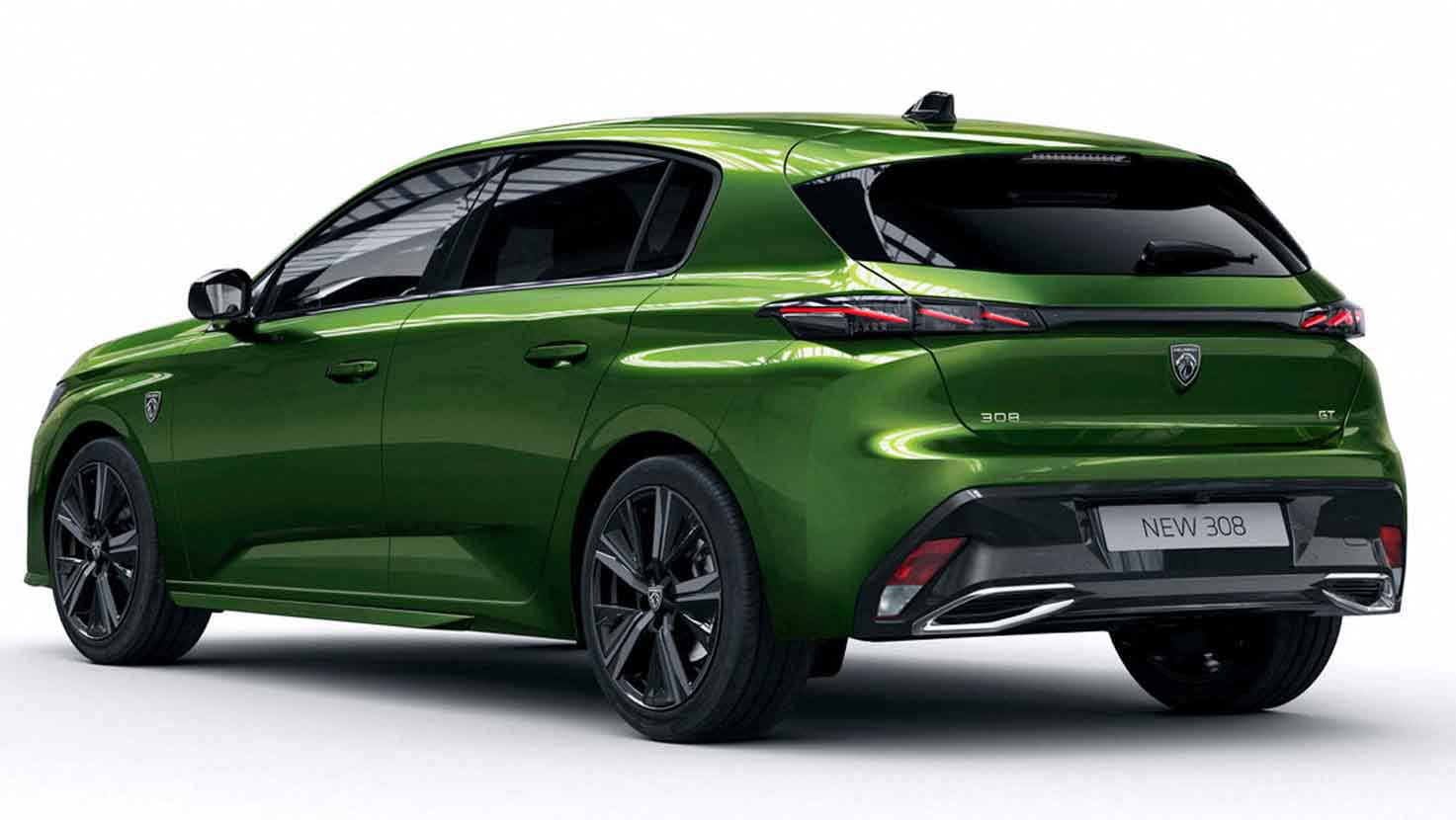 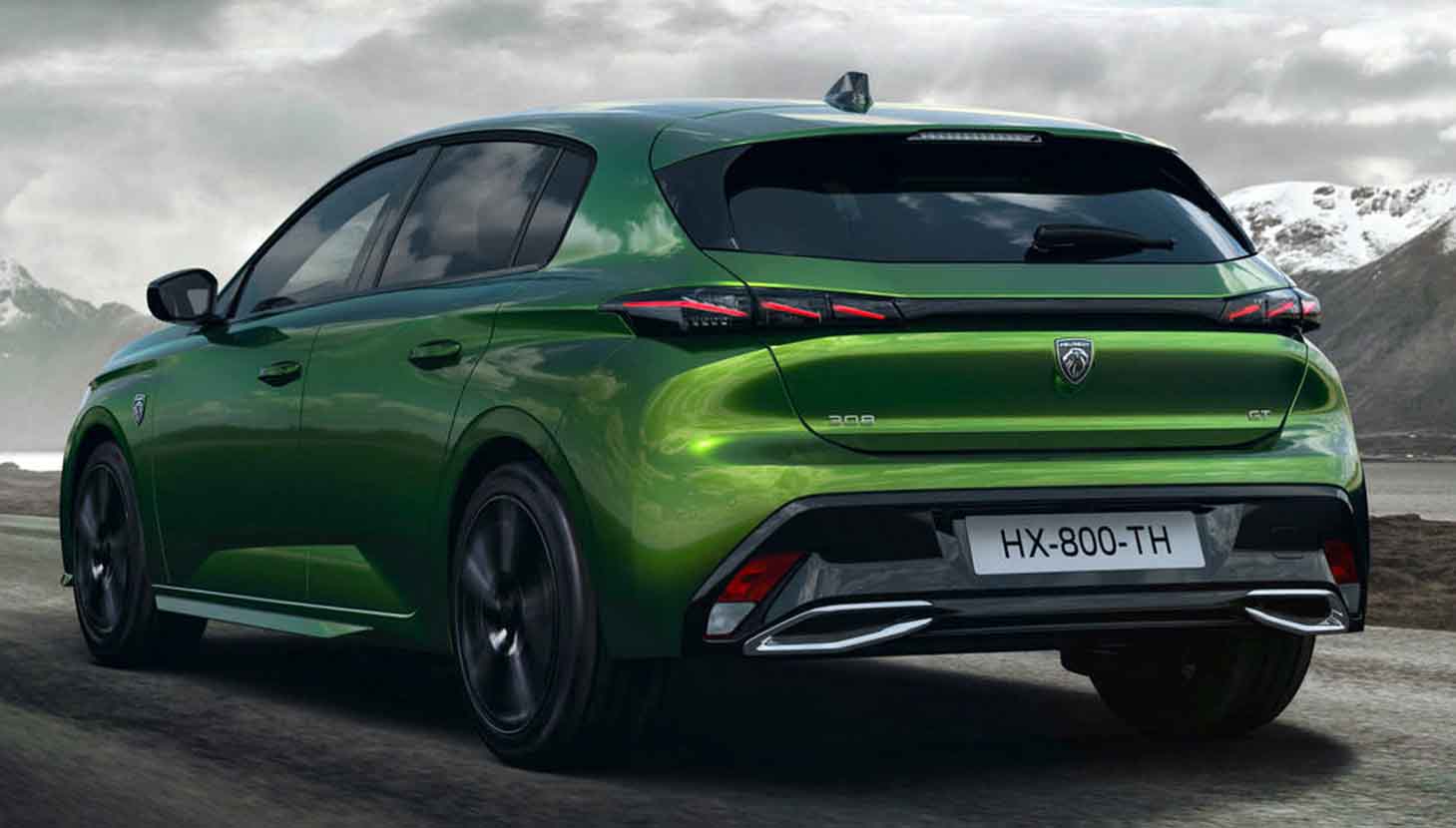 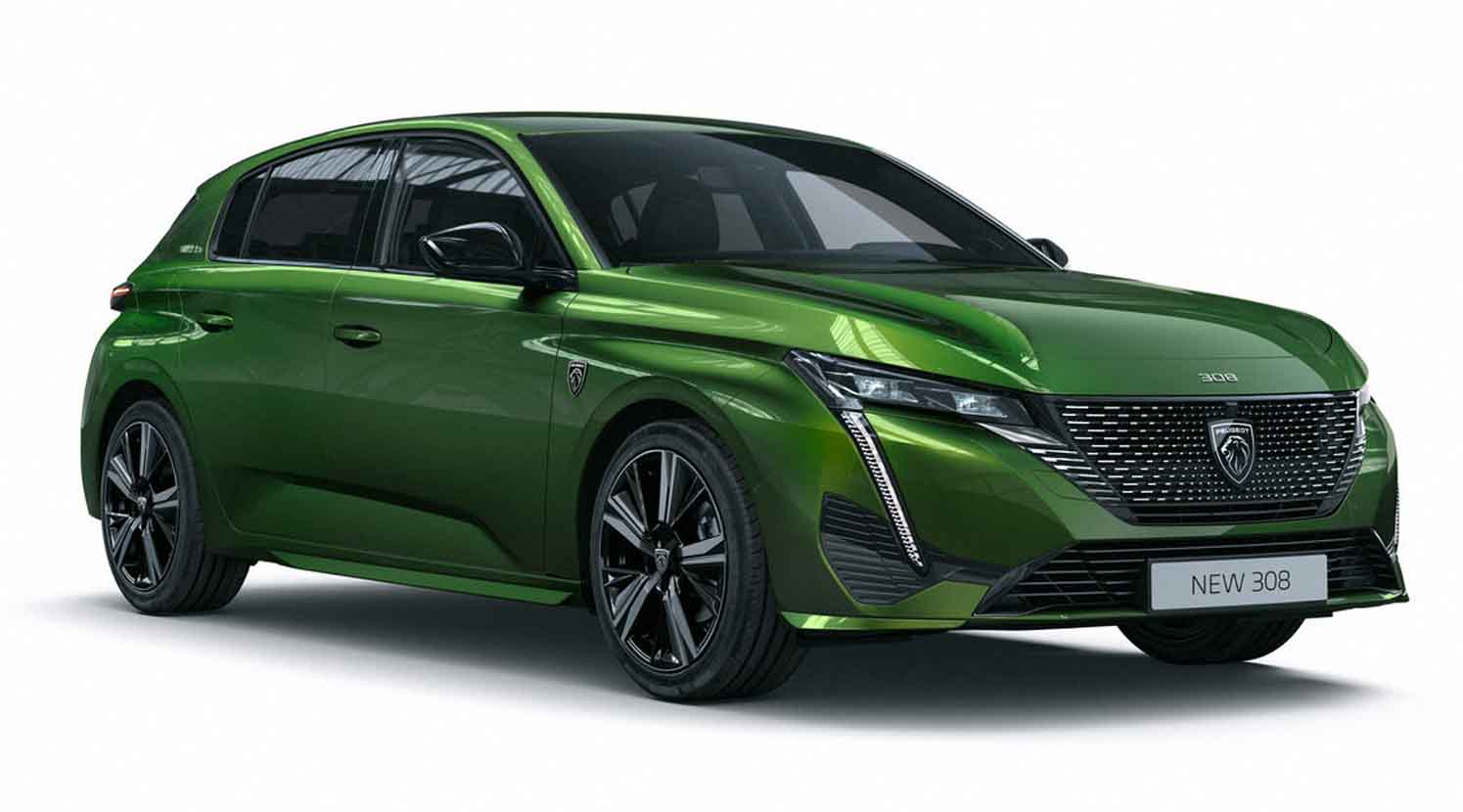 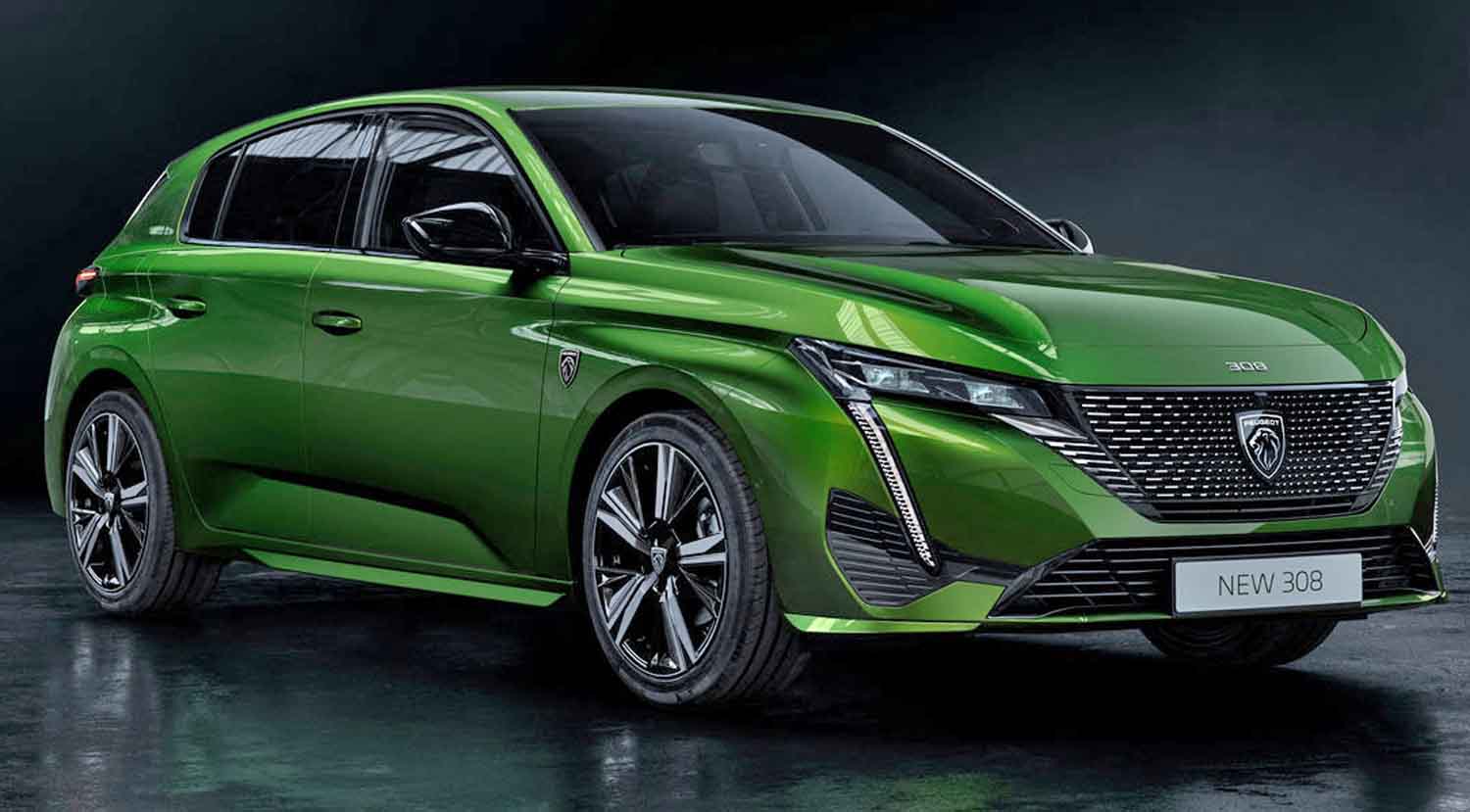 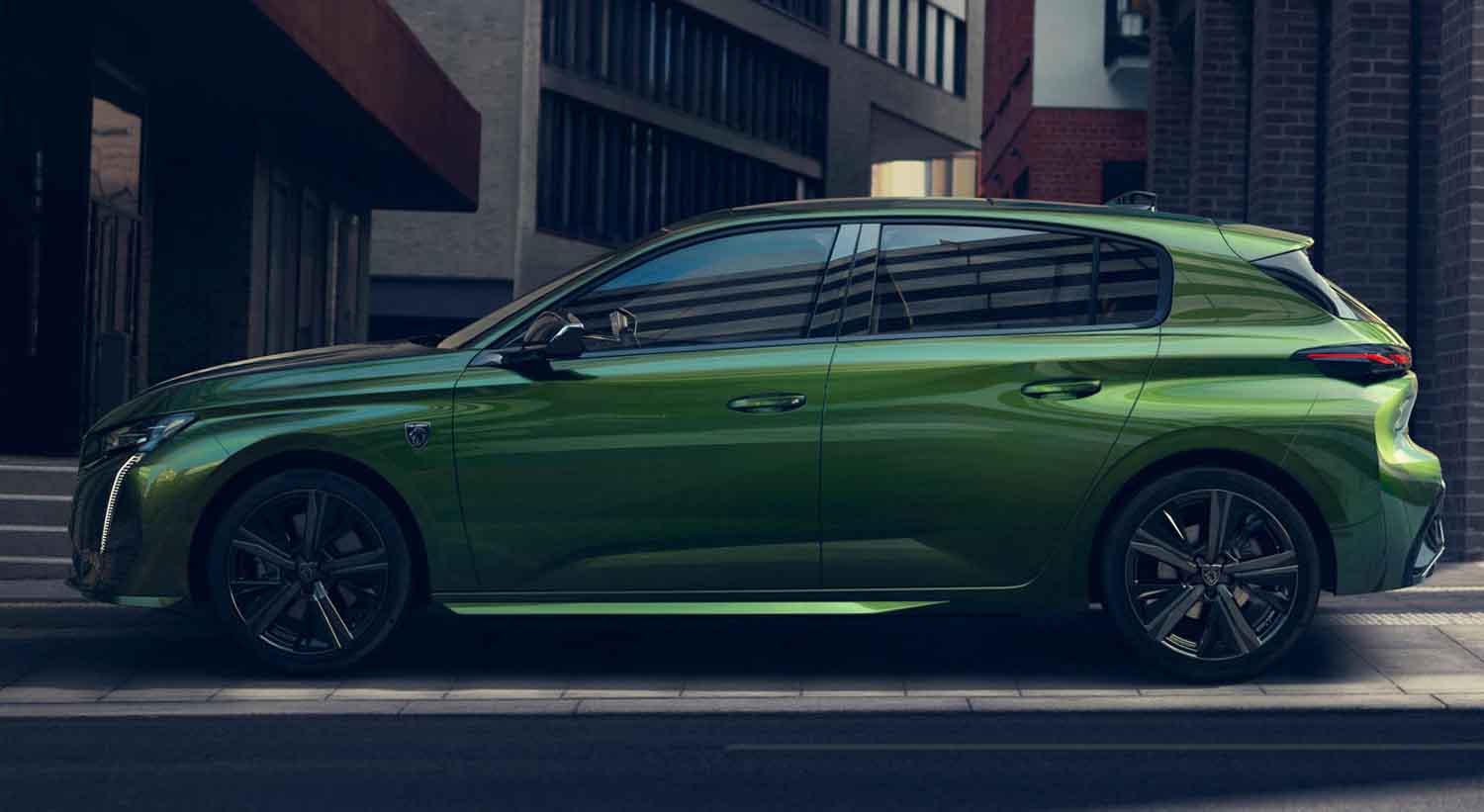 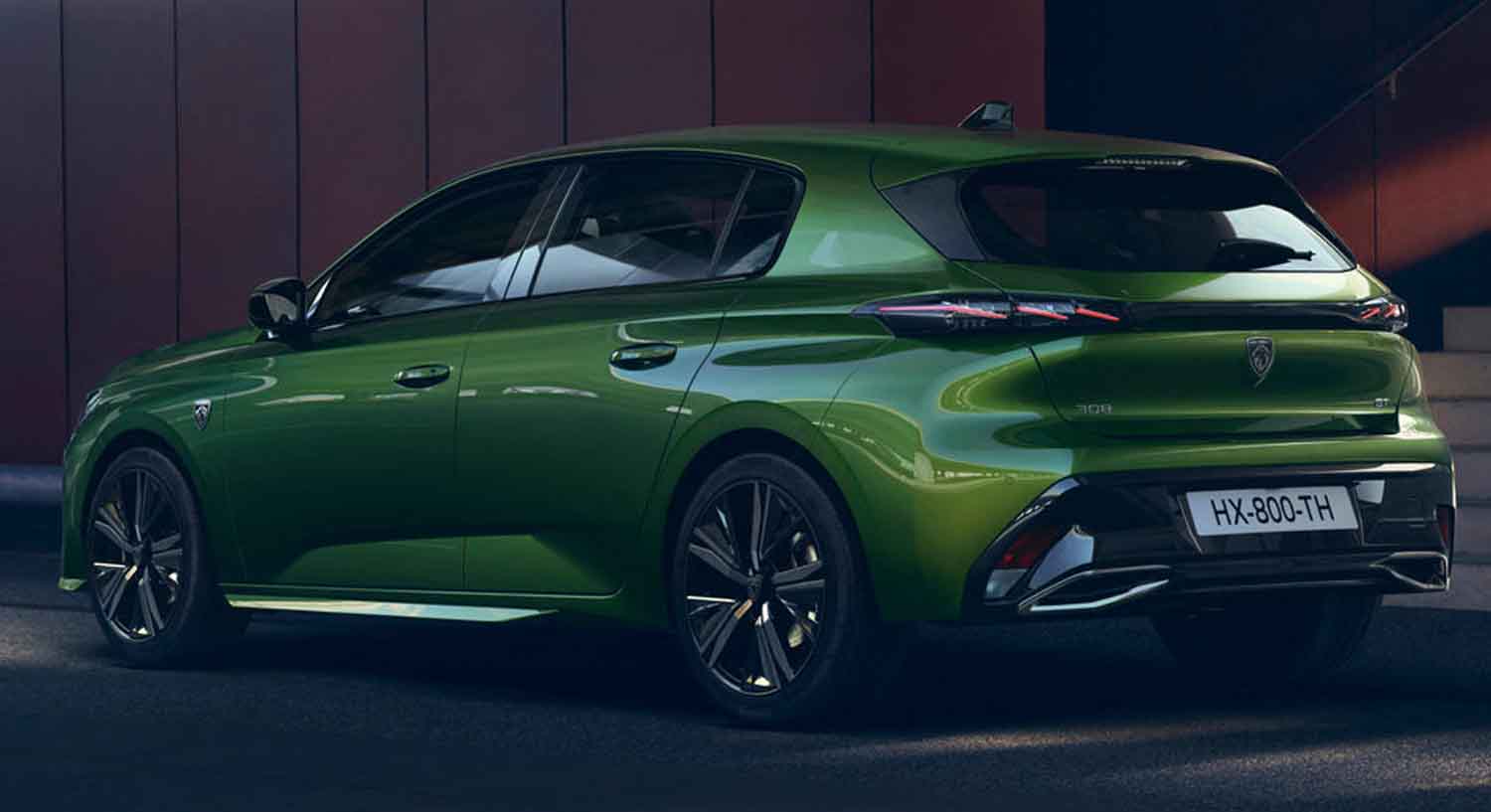 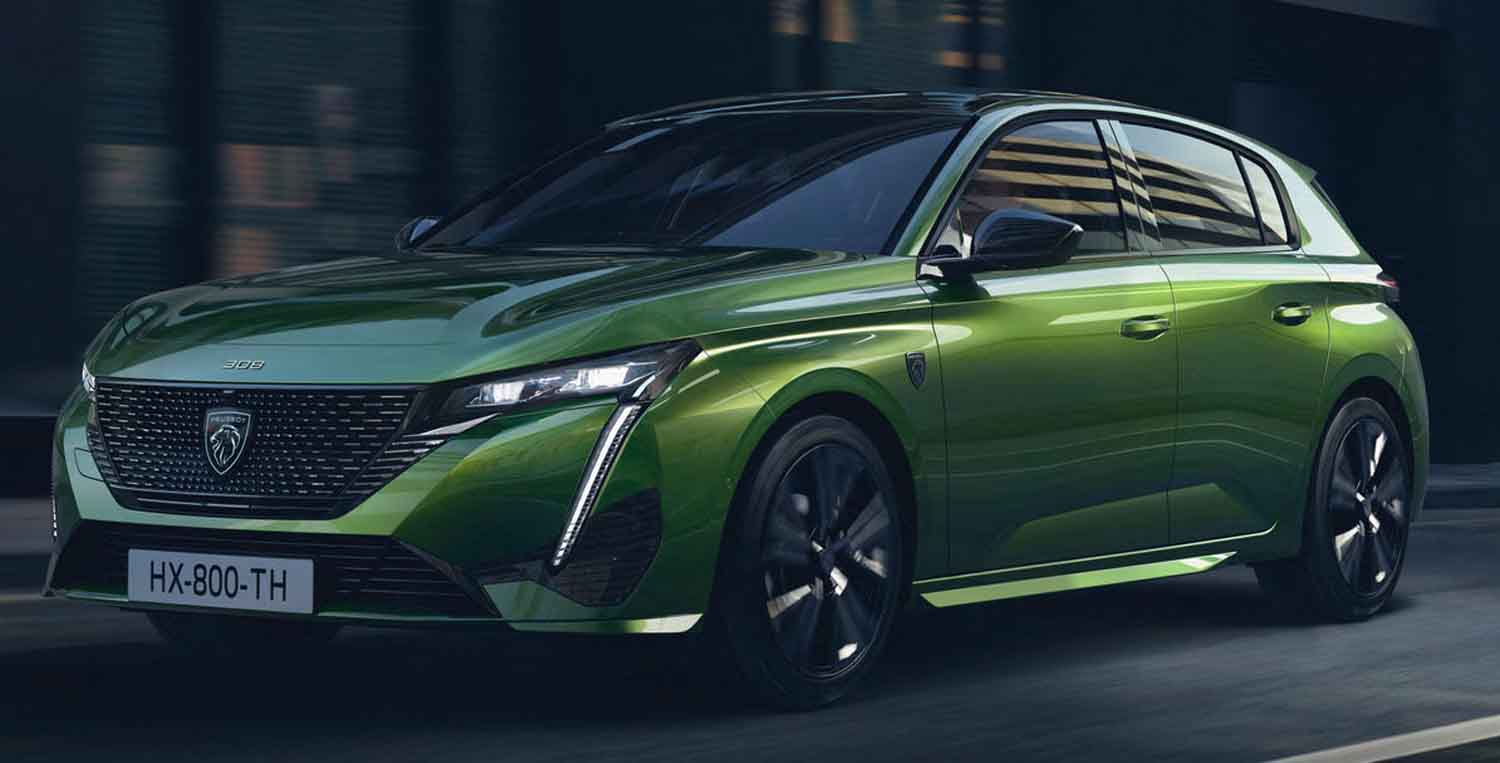 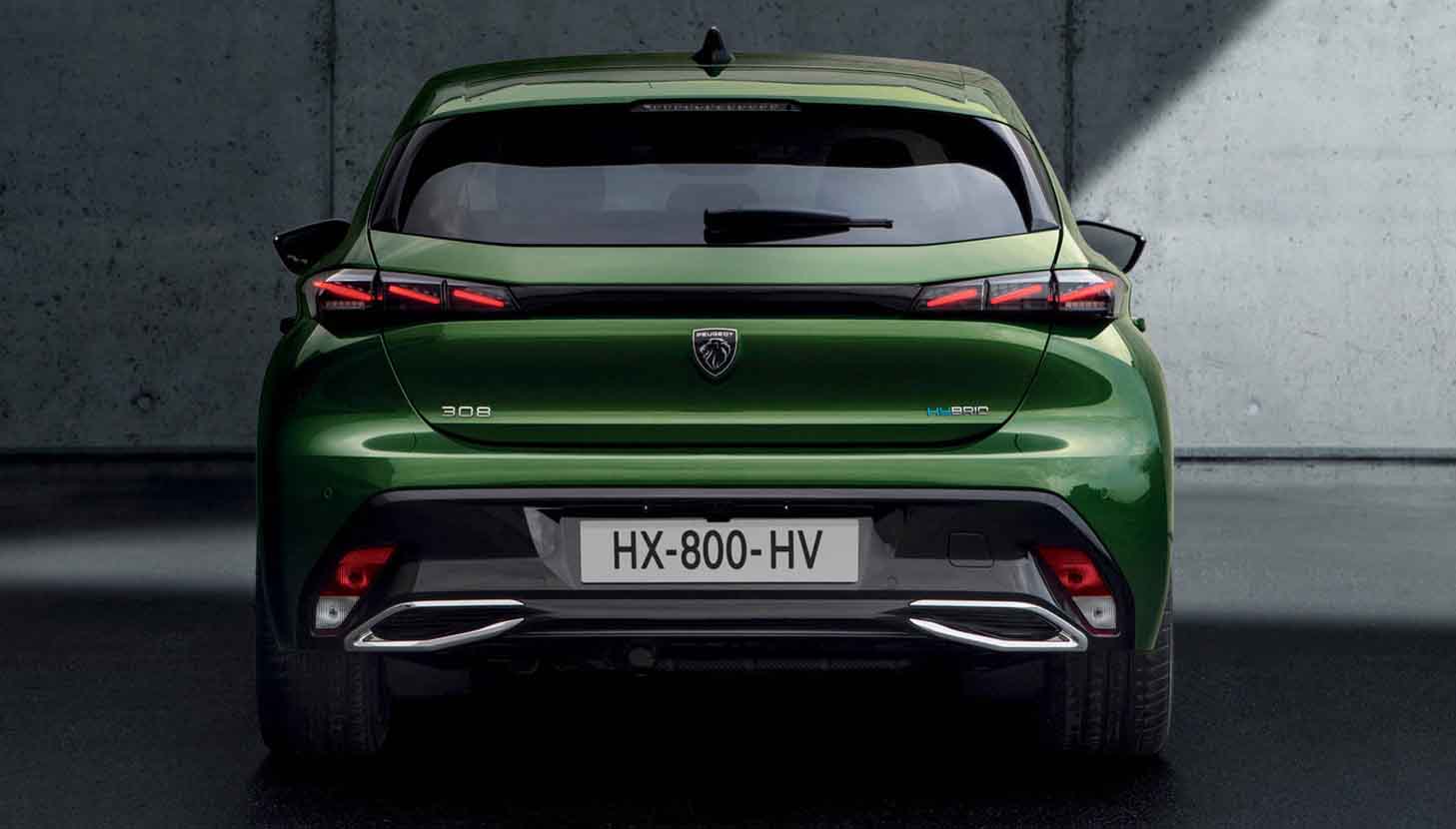 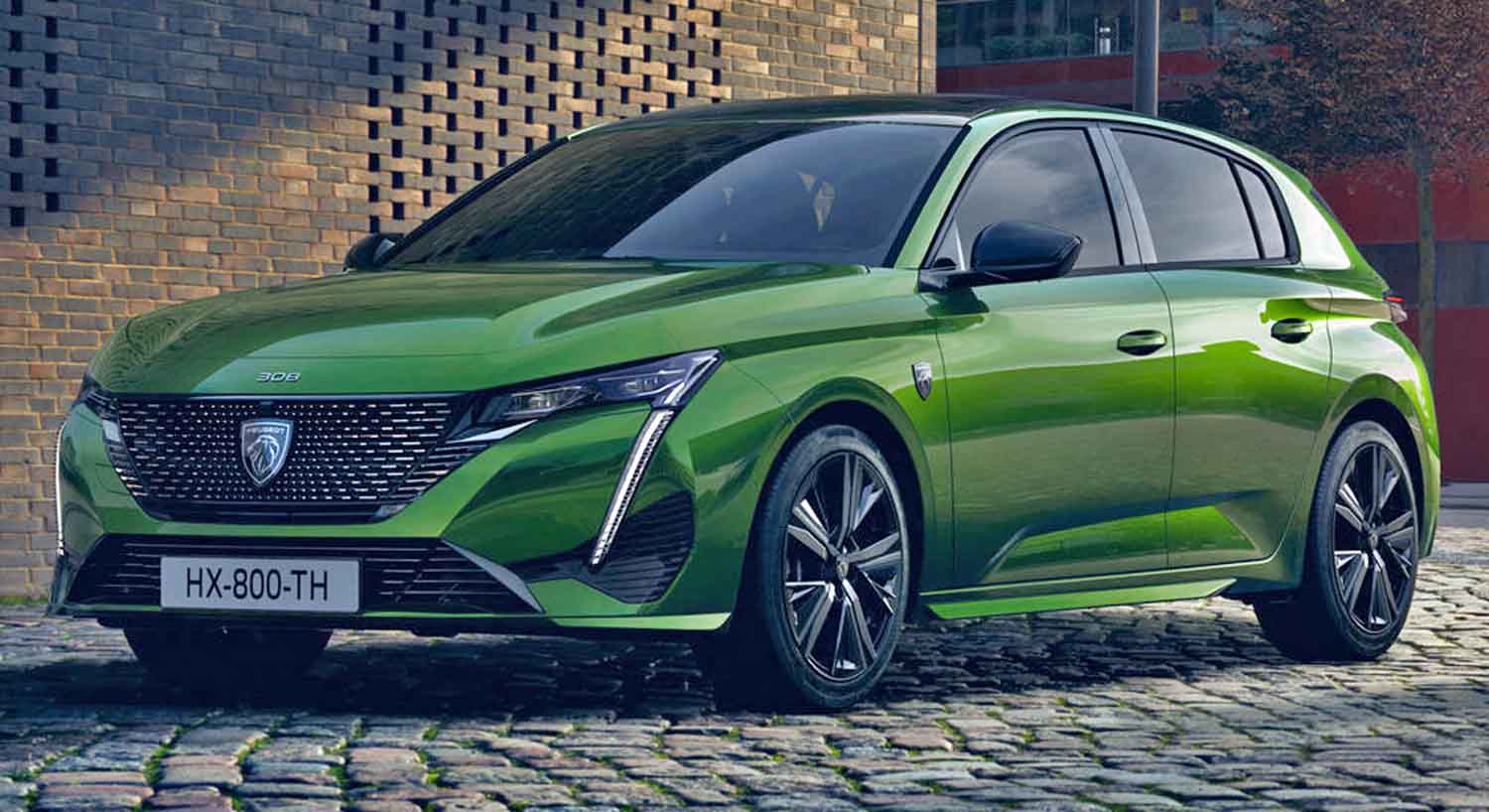 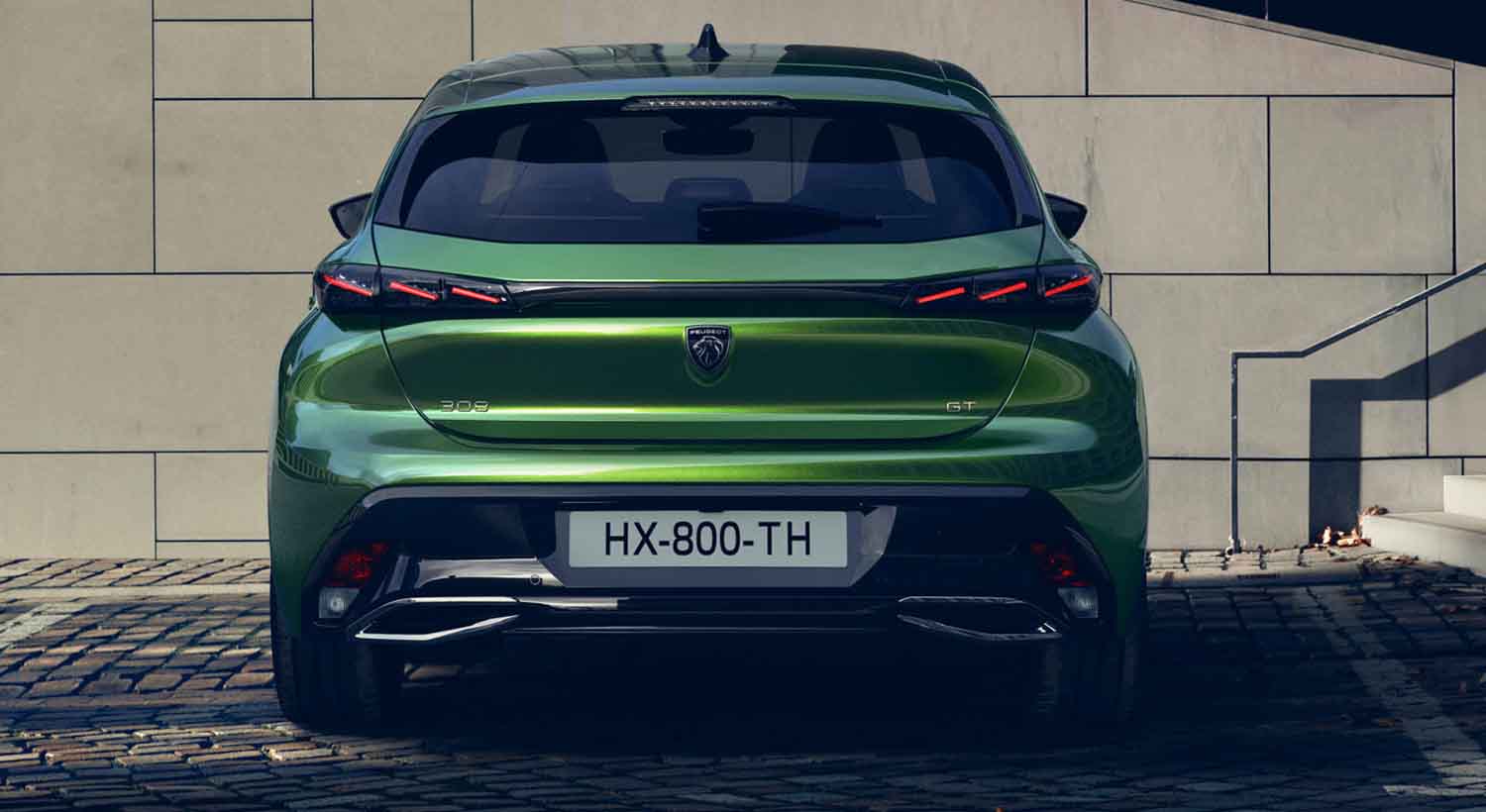 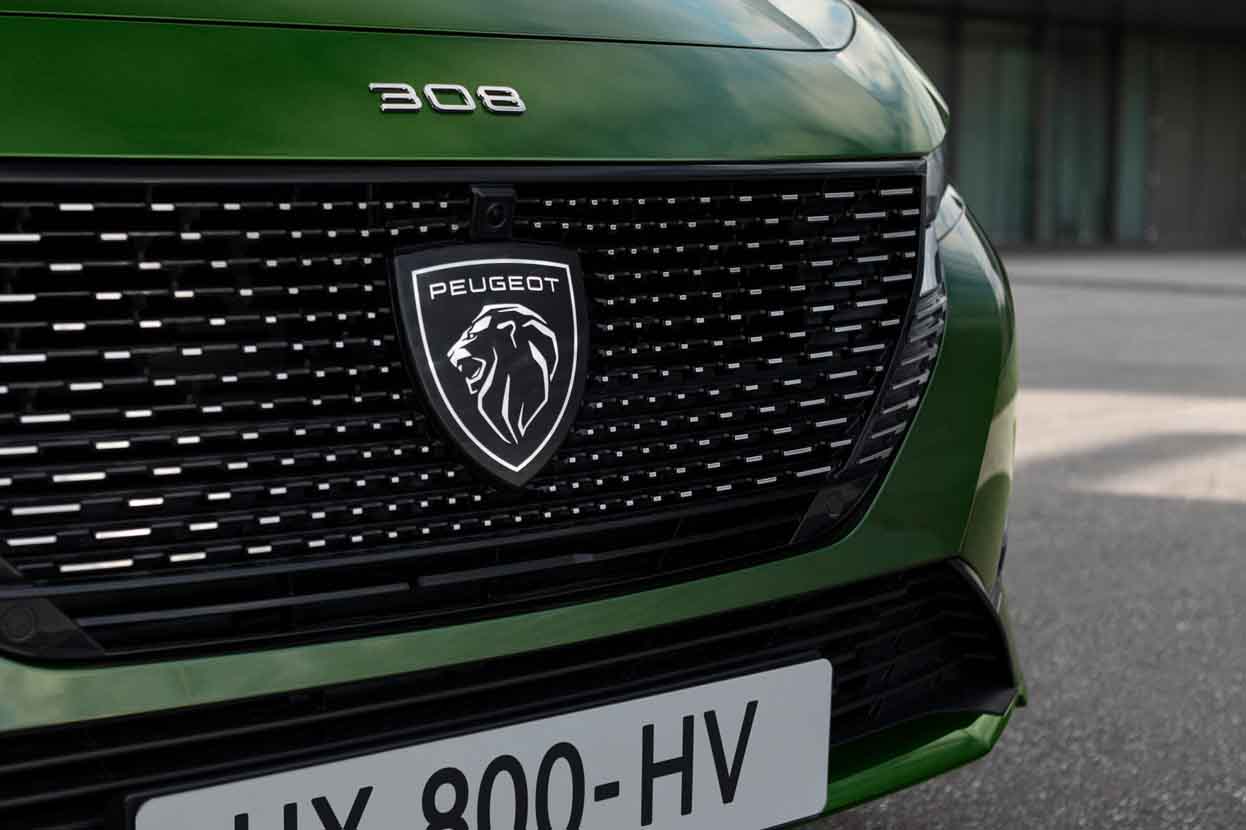 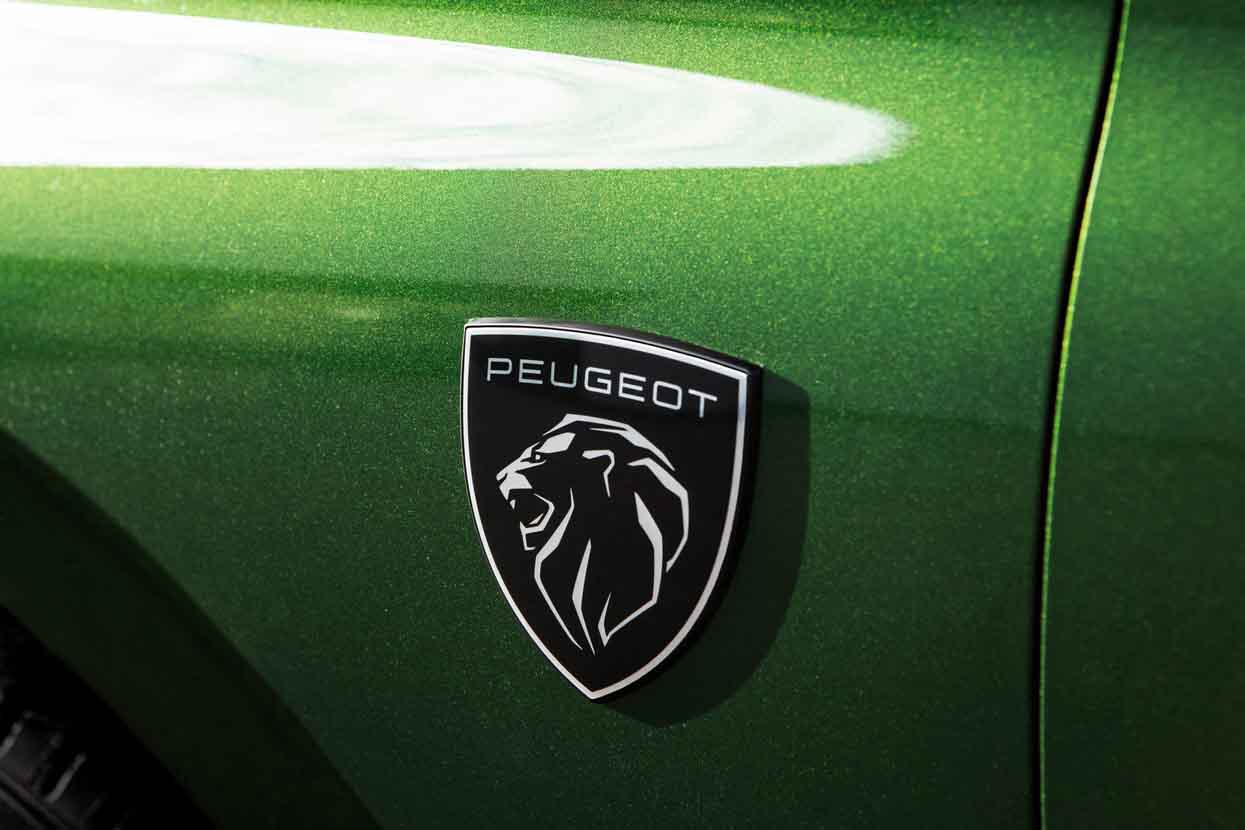 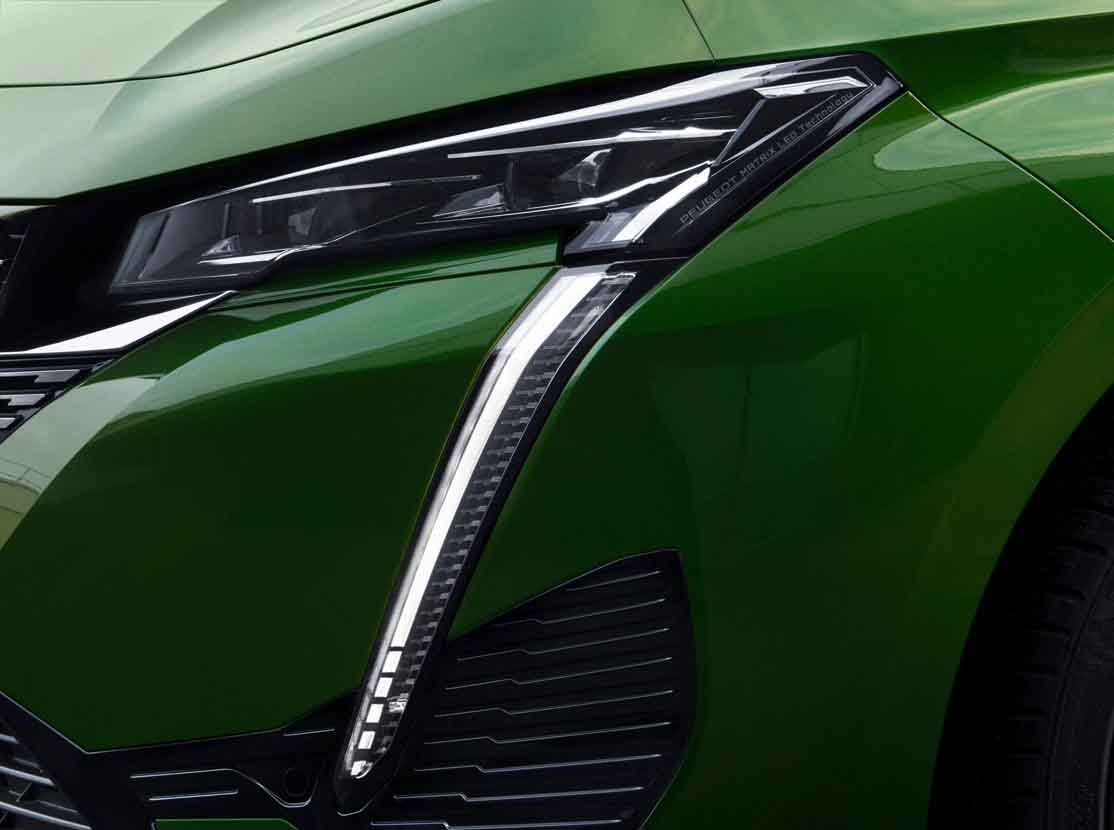 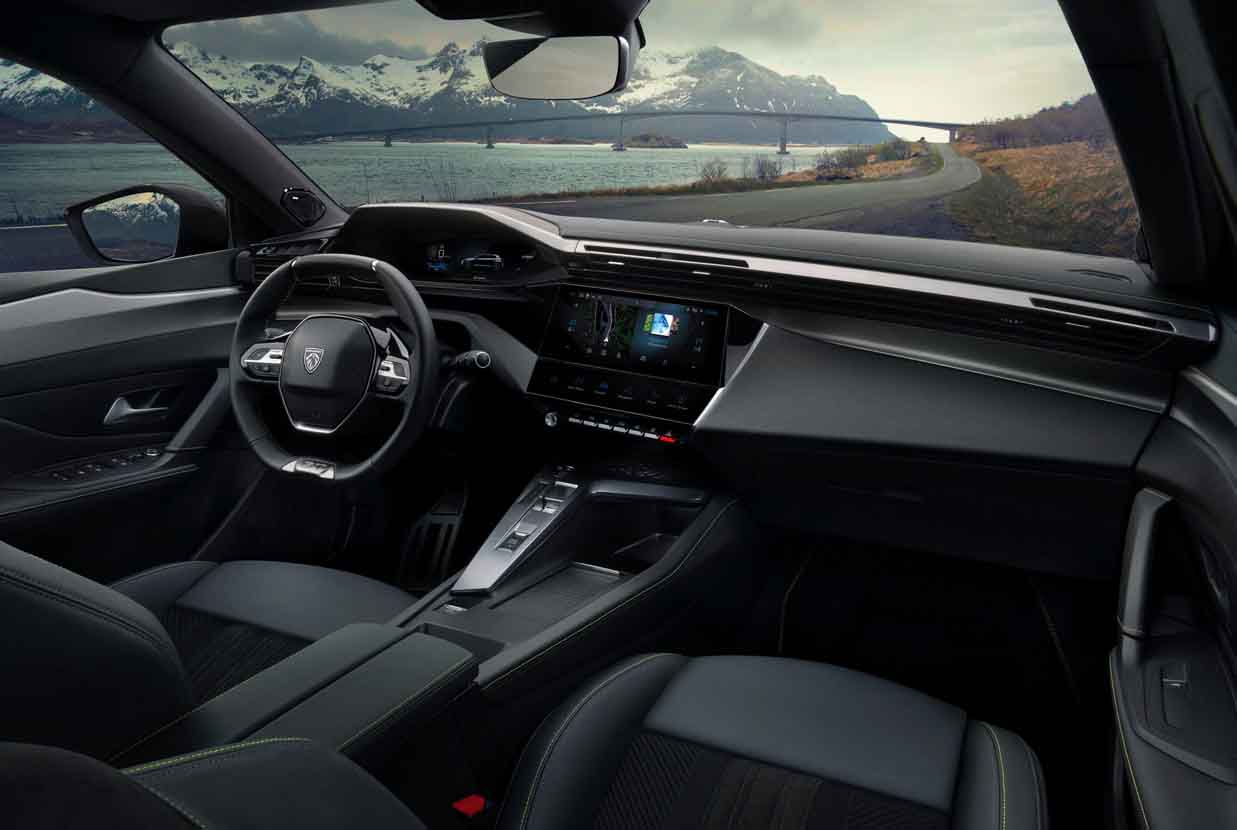 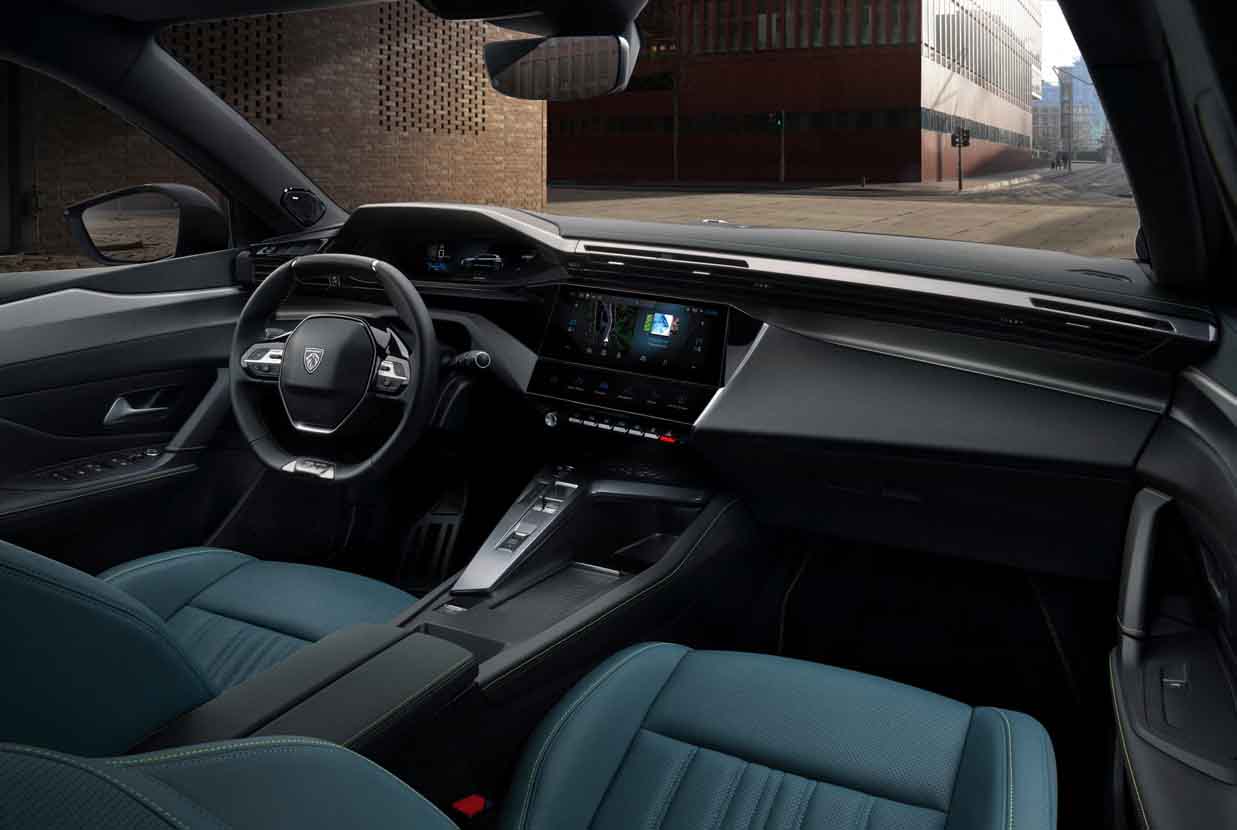