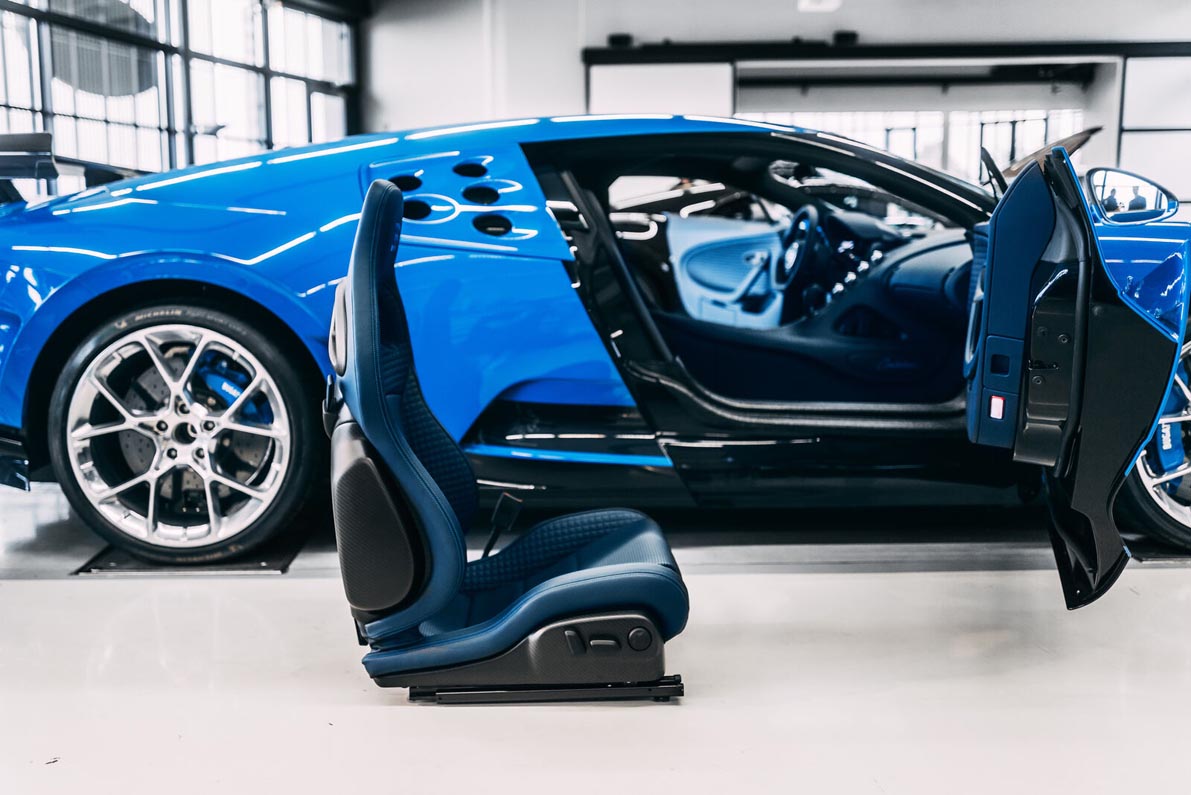 The seats are adorned with finely quilted leather, each square identical and accurately hand-stitched with first-class craftsmanship. They are just one of the seat details and just one of many features which were newly developed for the Bugatti Centodieci1. In addition to the aerodynamic exterior with its flat front, low-slung front spoiler, and three-part air intakes, the new Bugatti few-off is now being afforded an exquisite interior.

The designers and engineers created the door panels, instrument panels, and center tunnel anew in the style of the 1990s super sports car. “With the elegant quilted pattern and perforations, we oriented ourselves toward the Centodieci’s historical predecessor, the Bugatti EB 110 in its Super Sport design. In this way, we are bringing the styling of the top model in the EB 110 series into the 21st century and are reinterpreting it with high-quality leather, carbon, and aluminum, as well as modern design”, explains Jörg Grumer, Head of Color & Trim at Bugatti Design.

Bugatti developed the shapes, parts, and workmanship processes virtually from scratch over a period of just under a year. As with all coachbuilt models, the key elements of the interior were customized for the Centodieci, including the armrests, door panels, tunnel overlay, sill trims, roof liner, floor mats, rear panel, and seats. Taking the tried and tested, comfortable Bugatti sport seat as the basic structure, the developers created a new surface with a new look and feel. “The seat feels different and yet familiar”, says Dirk Buhre, interior development engineer at Bugatti, who is responsible for the interior of the Centodieci. The headrest features either an embossed EB logo, as did the original role model, or – depending on the customer’s wishes – a personalized name or logo, including alternatively in high-quality embroidery. It takes around 16 weeks for the interior to be completed. The experts need more than four days alone to produce the very high-quality headrest embossing, cut the leather to size, and precisely assemble everything. They then set a day aside to meticulously examine the seat.

As always with Bugatti, the particular challenge lies in creating the many details like the typical Centodieci pattern on the seats, roof liner, door panels, center console, and floor mats. The precise quilting creates a chessboard effect and is designed to look uniform and composed. “This is very difficult to achieve due to the curvatures and radii”, explains Dirk Buhre. In addition, all the parts have to join up perfectly with the same pattern to create a single harmonious entity. For example, the door insert flows seamlessly into the instrument panel and the steering column trim merges visually with the steering wheel head. The structure of the door panels and seats continues all the way through to the floor mats. Thanks to cutting-edge technology, the lettering and stitching look extremely filigree and create a captivating overall impression. There are aluminum badges with finely lasered Centodieci engraving on the door sill panels and the armrest.

“Newly developed vehicles like the Centodieci are a major challenge as, even with a few-off of just ten vehicles, we have to meet and also want to exceed the same quality and safety standards that apply to series production vehicles”, says Dirk Buhre. To this end, the engineers tested the prototype of the Centodieci in extreme heat and cold, and put the hyper sports car through more than 50,000 kilometers of endurance testing. In addition to the parts’ durability and accuracy of fit, the development drivers also pay attention to the acoustics. No parts should cause any undesirable noises. “Our customers expect an extremely high-quality and exclusive interior. We appeal to all the senses – design, look, feel, acoustics, even the sense of smell. Bugatti enthusiasts will immediately see the similarities between the EB 110 and the Centodieci”, says Jörg Grumer.

With its EB 110, Bugatti developed a super sports car beyond compare in the 1990s under the leadership of Romano Artioli. Its 3.5-liter V12 engine with four turbochargers delivers output of up to 611 PS, its power is transmitted to the road via all-wheel drive, and the passengers sit in a lightweight monocoque. The EB 110 accelerates from 0 to 100 km/h in just 3.3 seconds and can hit a top speed of 351 km/h – a world record for a production vehicle back then. The EB 110 left the factory with an ultra modern and luxurious interior. Only the finest materials were used, including leather from the Italian furniture maker Poltrona Frau. Each and every vehicle was meticulously assembled by hand. The EB 110 was a major milestone on the way to the Bugatti brand being revived in 1998 at the company’s historical headquarters in Molsheim. It not only represents the second era of the more than 110-year history of the Bugatti company, but also laid valuable foundations for the further development of the brand and the first hyper sports car in automotive history, the Veyron.

With the Centodieci, the designers working under Bugatti Design Director Achim Anscheidt succeeded in transforming the very flat, wedge-shaped, and almost two-dimensional bodywork of the EB 110 into a modern, three-dimensional automotive sculpture, thereby bringing the fascination of the super sports car of yesteryear into the present.

All ten of the Bugatti Centodieci, which has a net unit price tag of eight million euros, were sold within hours. Deliveries of the first highly exclusive and handcrafted vehicles will begin in a few weeks. 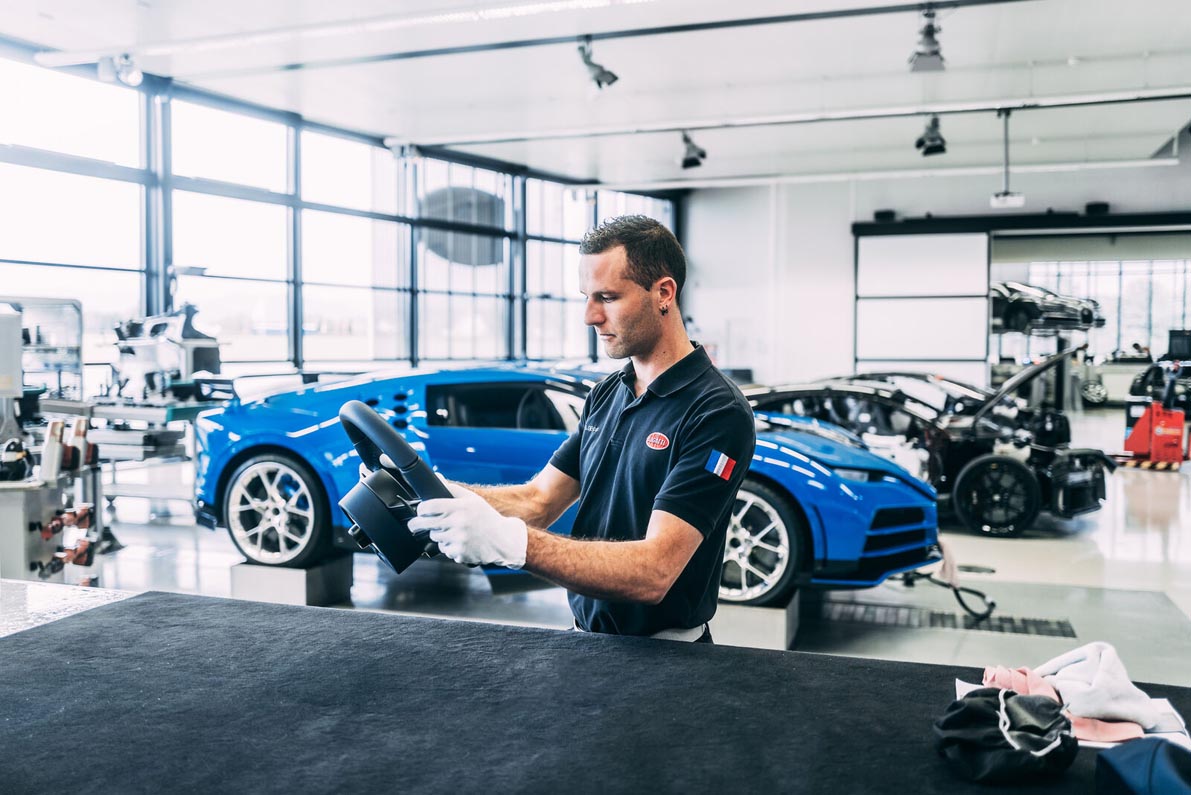 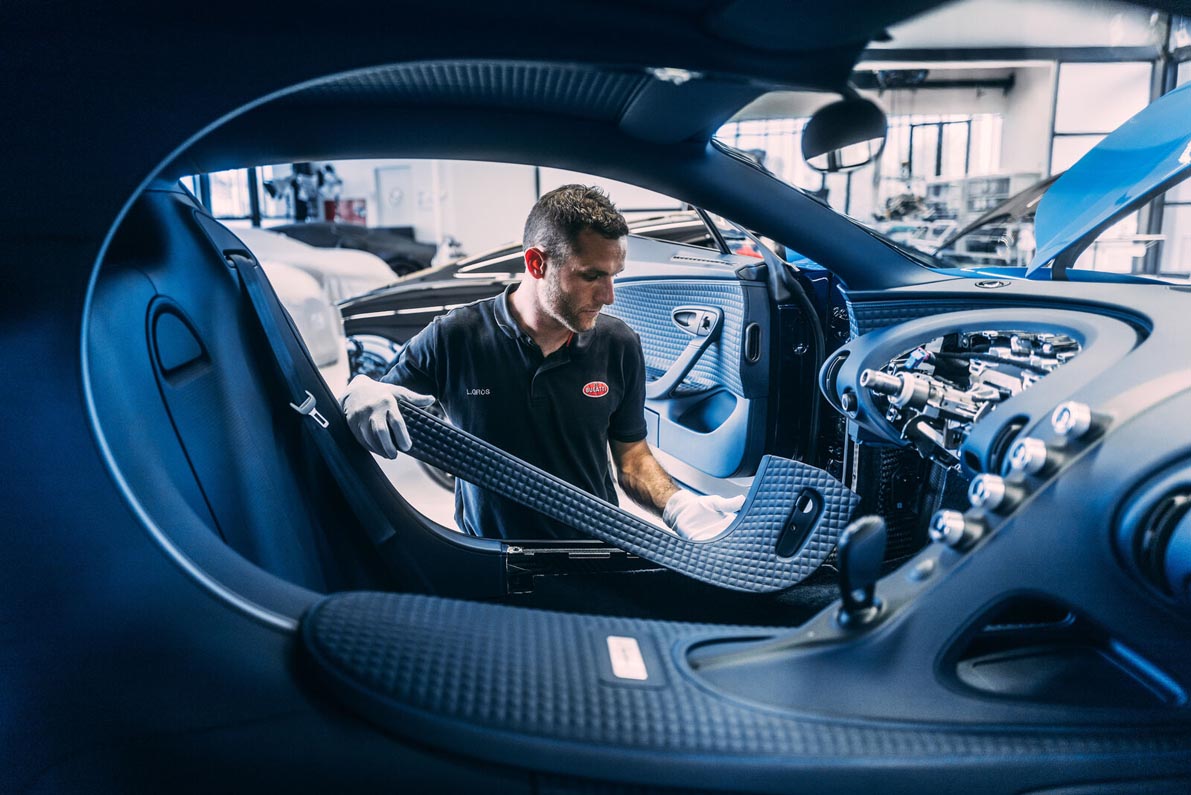 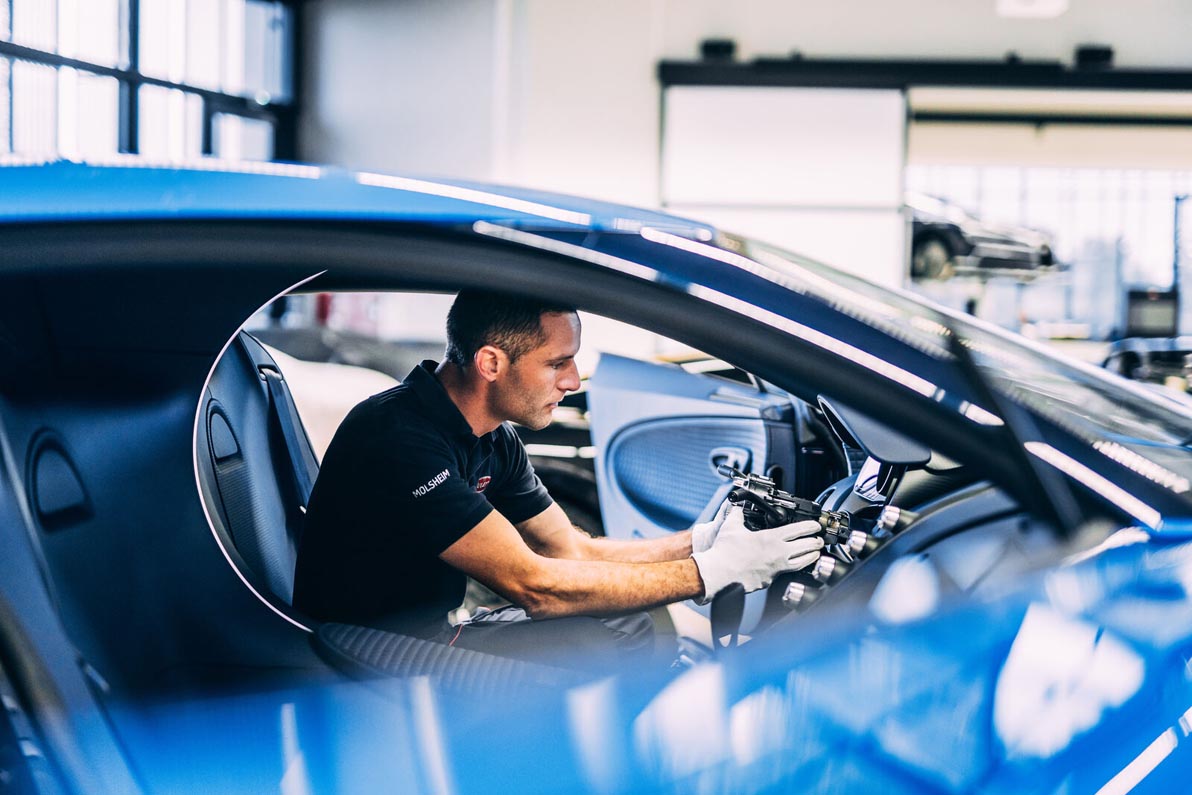 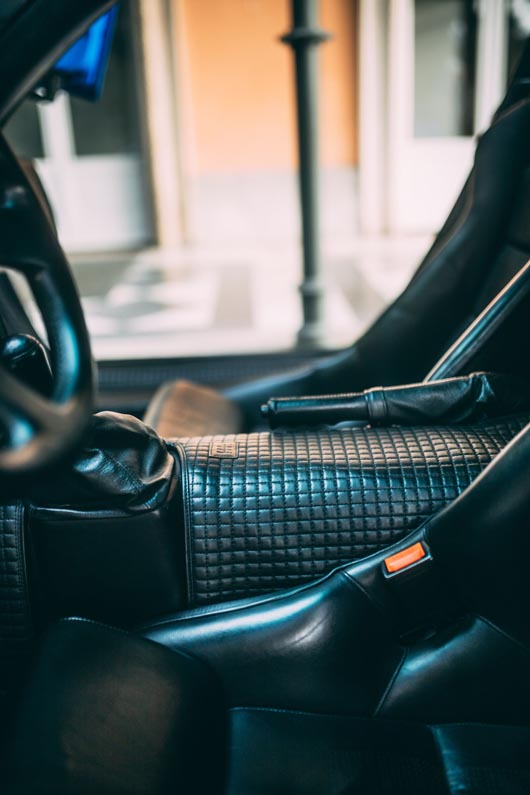 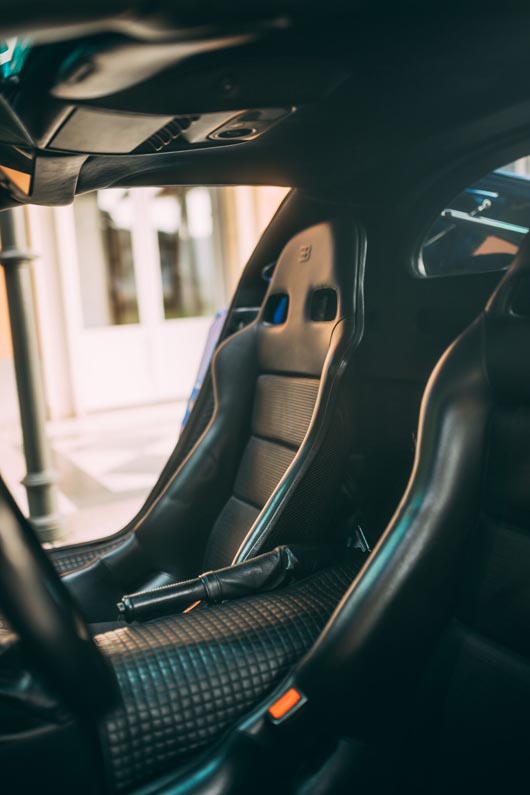 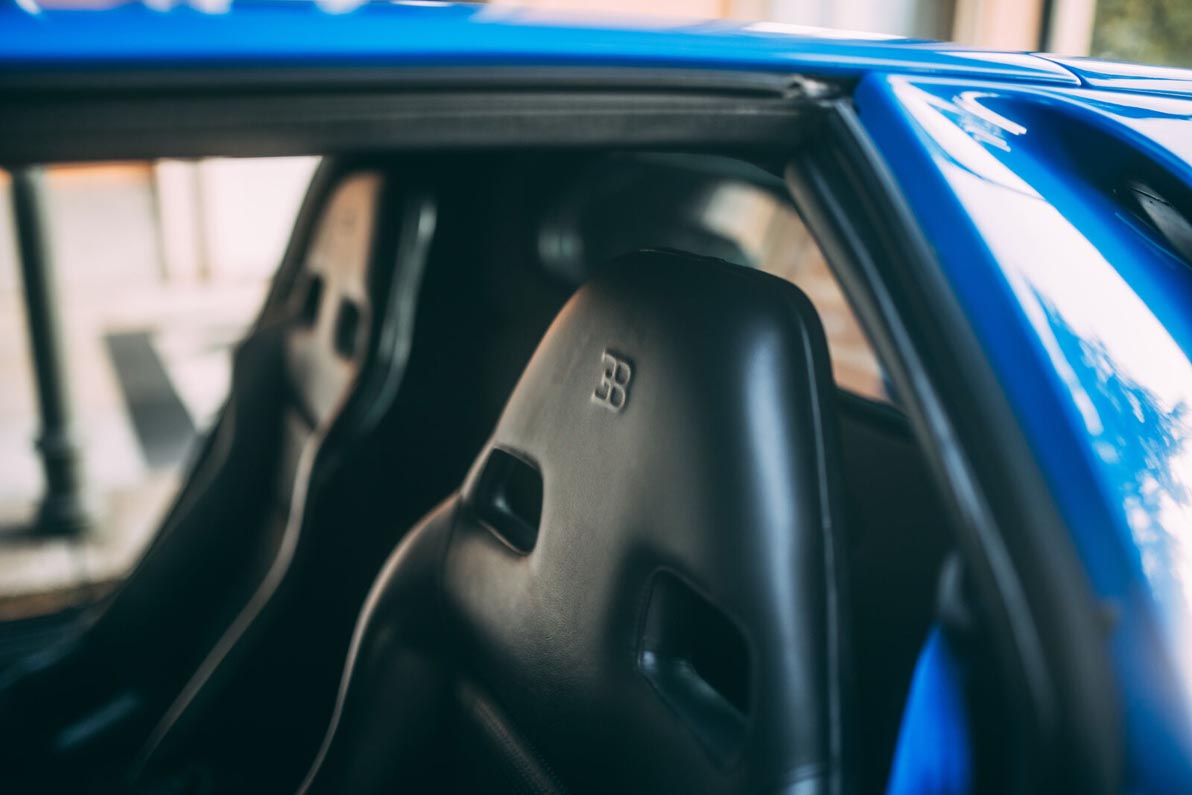 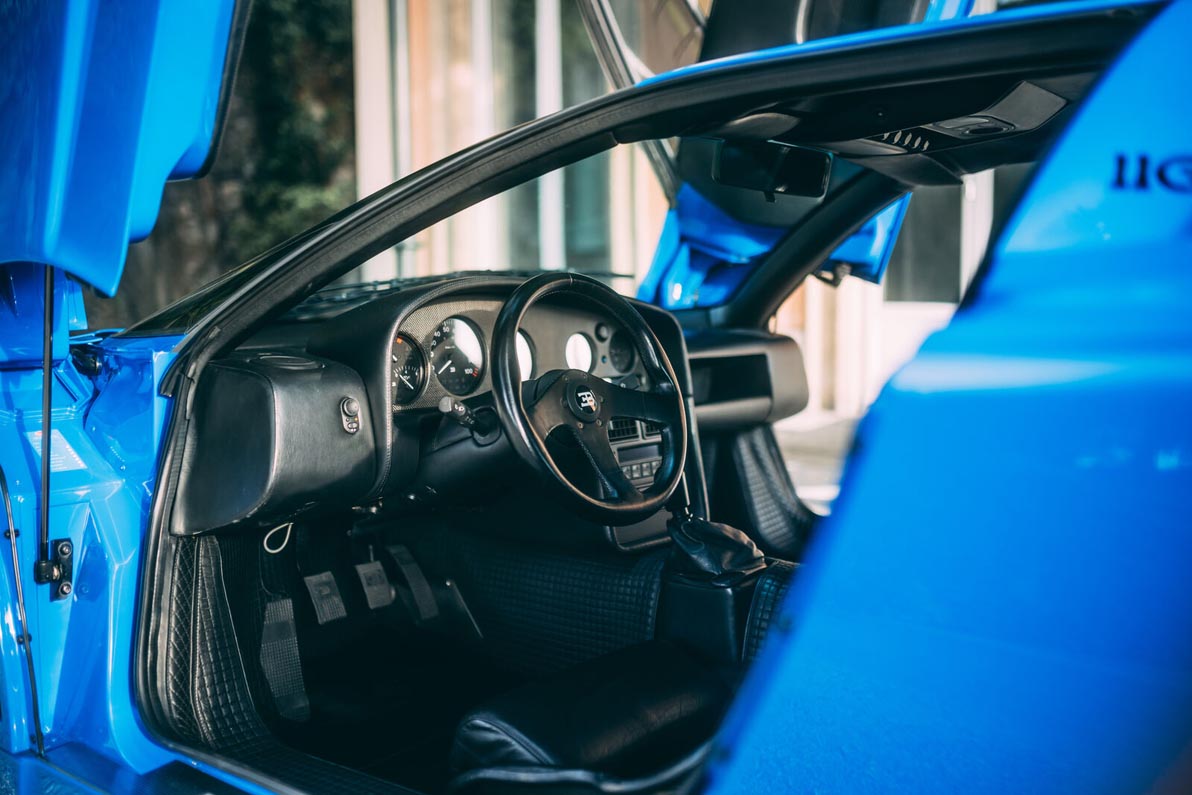 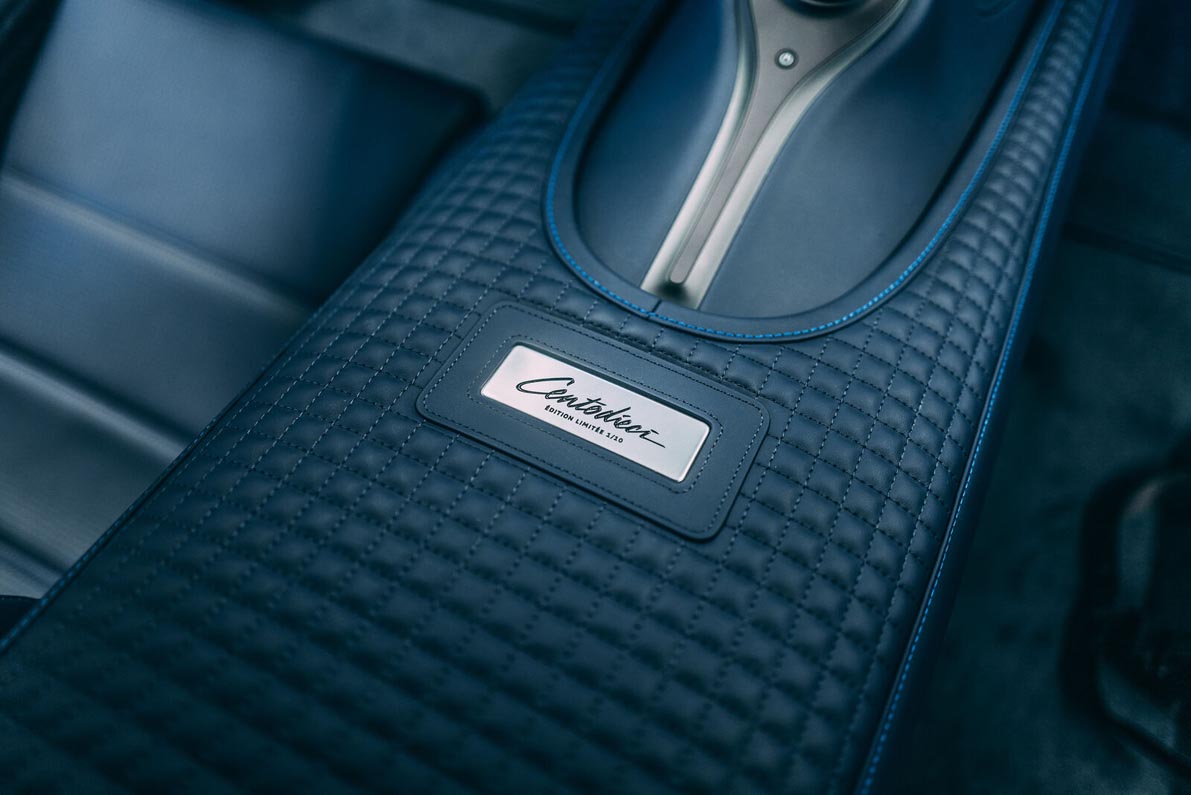 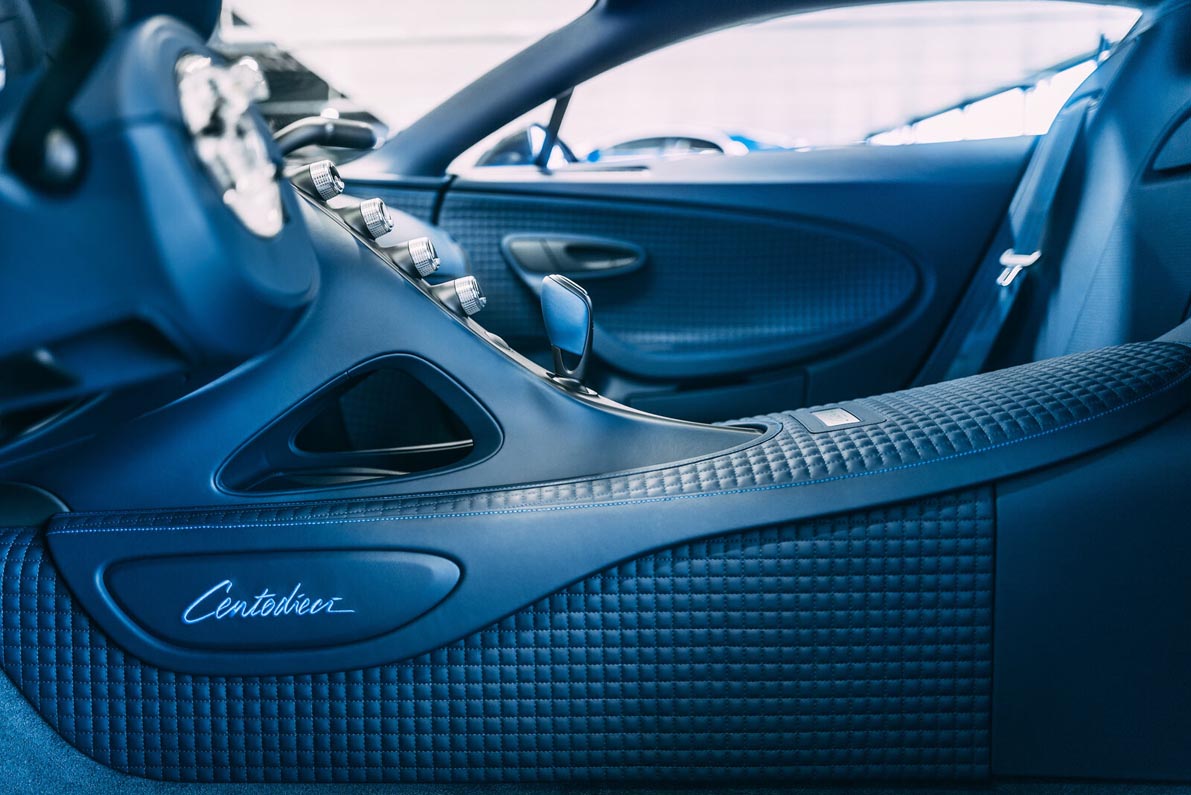 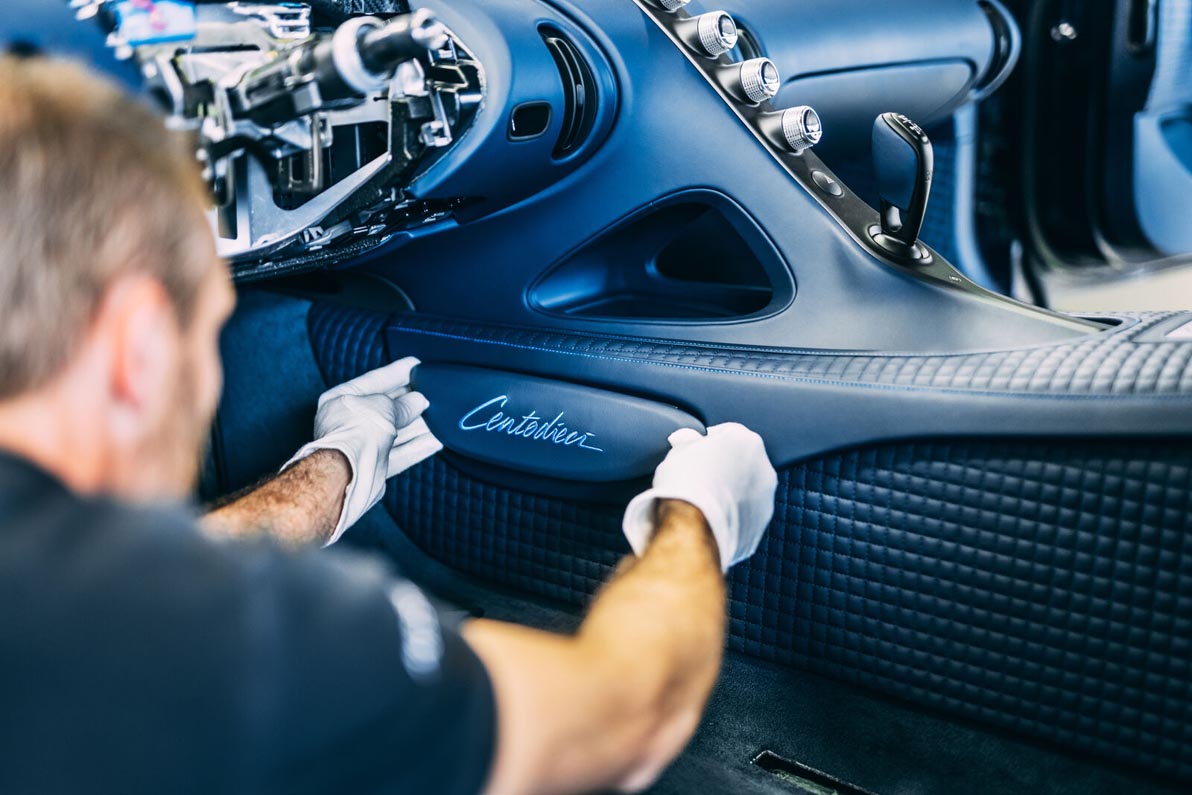 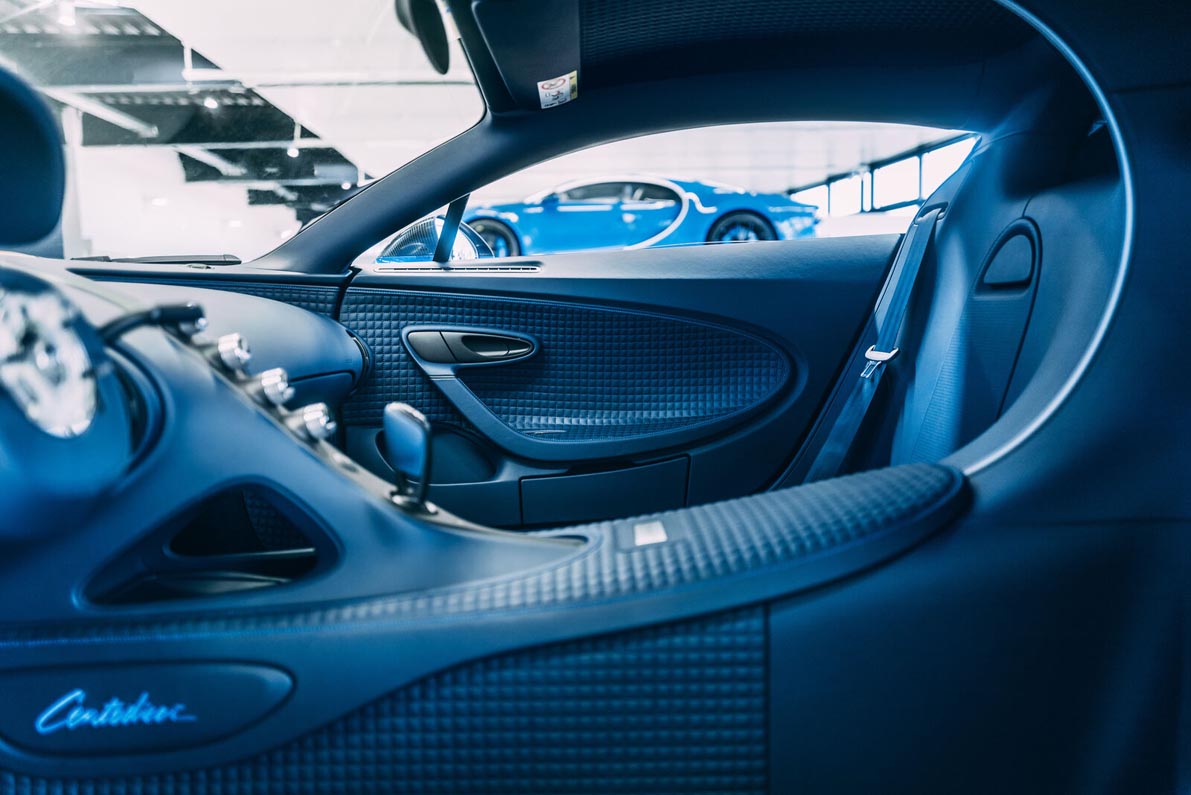 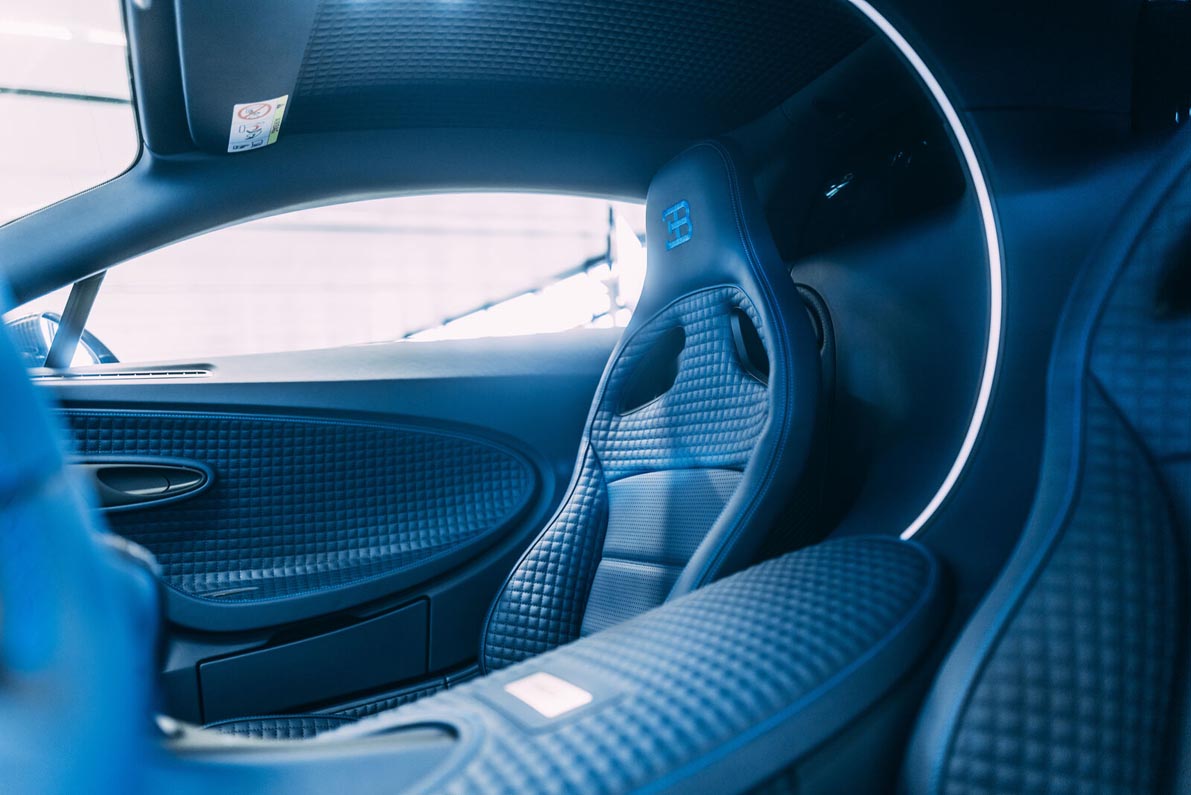 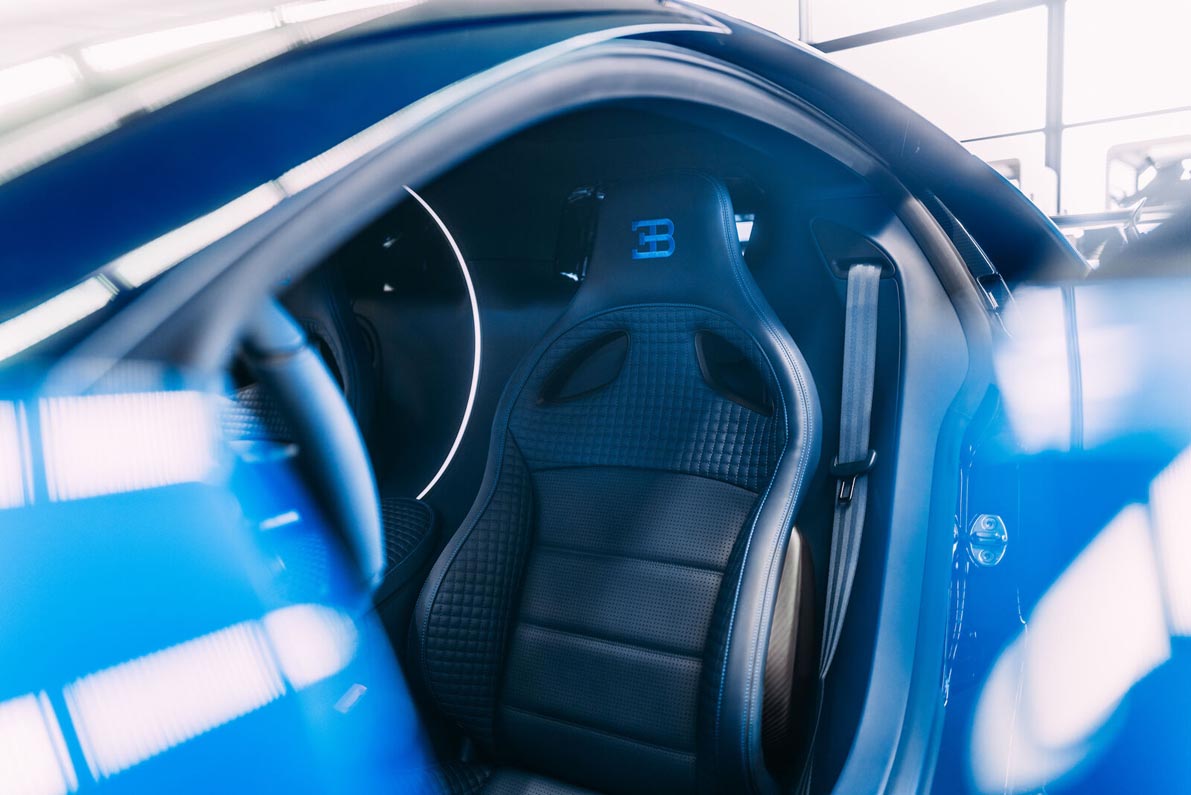 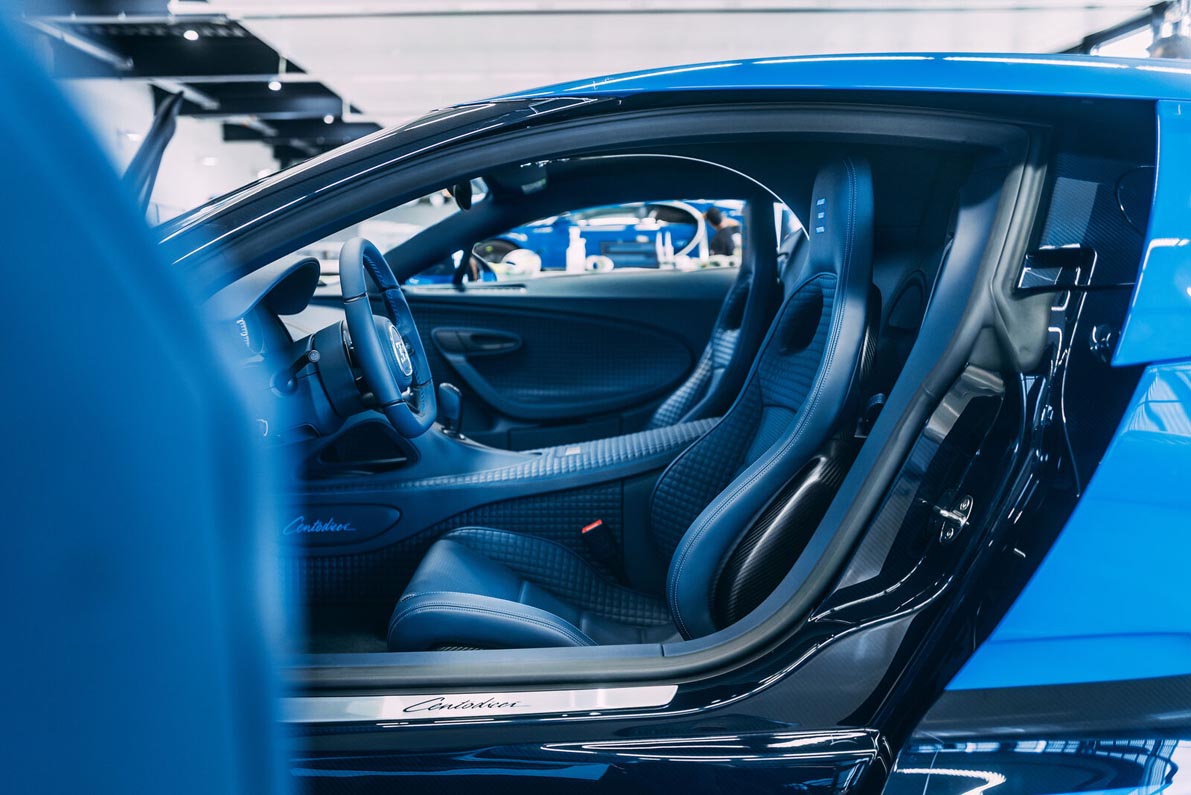 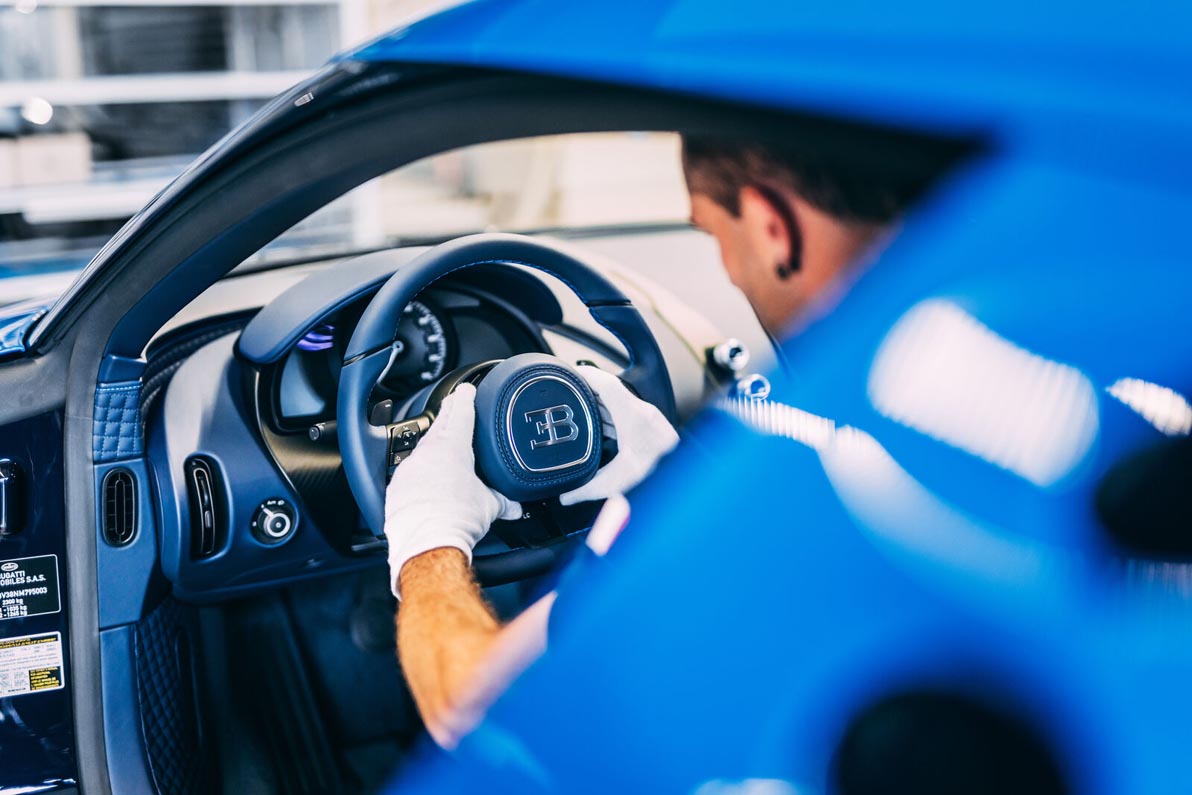