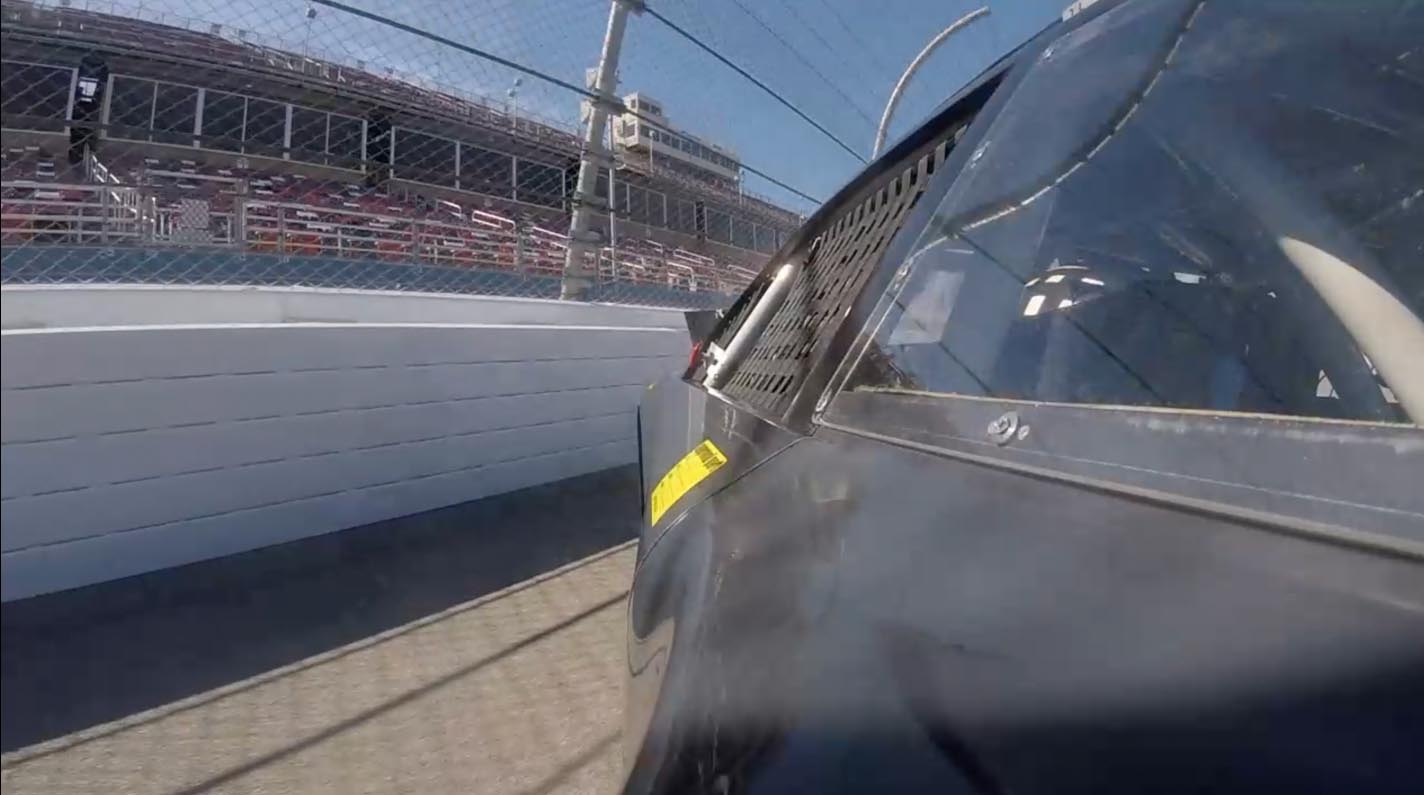 Leading automotive test solution supplier AB Dynamics partnered with NASCAR to conduct a driverless, on-track crash test of its Next Gen race car that is running in the 2022 Cup Series. The test vehicle was driven at high speed to a pre-programmed course by driving robots into the banking wall at Talladega Superspeedway.

The aim was to test the safety of the vehicle and the impact on the driver in this type of accident, which is a common crash scenario in the series. The race car was fitted with sensors and a crash test dummy to create valuable and accurate data that NASCAR was able to use for crash simulation validation.

“The challenge was trying to get this extremely complex machine to do a very precise test without a human driver piloting the car,” said Craig Hoyt, AB Dynamics Business Development Manager. “A major hurdle NASCAR faced was finding a crash test facility which could conduct such high-speed crash testing. AB Dynamics robots allowed NASCAR to use a fully running race car and conduct the test at a real race track, at real race speeds. There is no better data than replicating crash tests in a real environment and our robots enable us to do that accurately and repeatedly.”

The test requirement was to drive the race car at 130 mph to a precise impact point into the SAFER (Steel And Foam Energy Reduction) barrier, hitting it at an angle of 24 degrees. To control the vehicle’s speed and direction it was fitted with steering, shifting and pedal (throttle, brake and clutch) robots. The inputs to the robots were provided by AB Dynamics’ path following software, which can use pre-recorded driving information and geometric GPS data to accurately navigate a predetermined route. This package ensured the vehicle was positioned to within 2cm of the impact point, hitting the wall at precisely 130.015 mph and was within 1 degree of the prescribed angle.

The driving robots used were AB Dynamics’ SR60 for steering, CBAR600 for pedals and its Gearshift Robot. The off-the-shelf products required minimal modification to fit in the vehicle. Importantly, the robots are unobtrusive so did not interfere with the positioning or results from the crash test dummy.

“Our robots are largely used for the development of passenger and commercial vehicles and are regularly used for durability, misuse and driver assistance system testing,” said Hoyt. “This is one of the highest speed crash tests we have ever conducted and the robots only suffered minor damage. It really is a testament to the safety of the vehicle, the barriers and the ruggedness of our products.”

“This is a truly innovative way to test the safety of vehicles in motorsport,” said John Patalak, Managing Director, Safety Engineering of NASCAR. “The data we obtained from the test was extremely important and was not possible to get from any crash test facilities at the time. The test provided valuable information for correlation with our computer crash simulations and confirmed that the predicted vehicle impact performance from the simulation was duplicated in this real-world crash test.”

The test was conducted in October 2021. 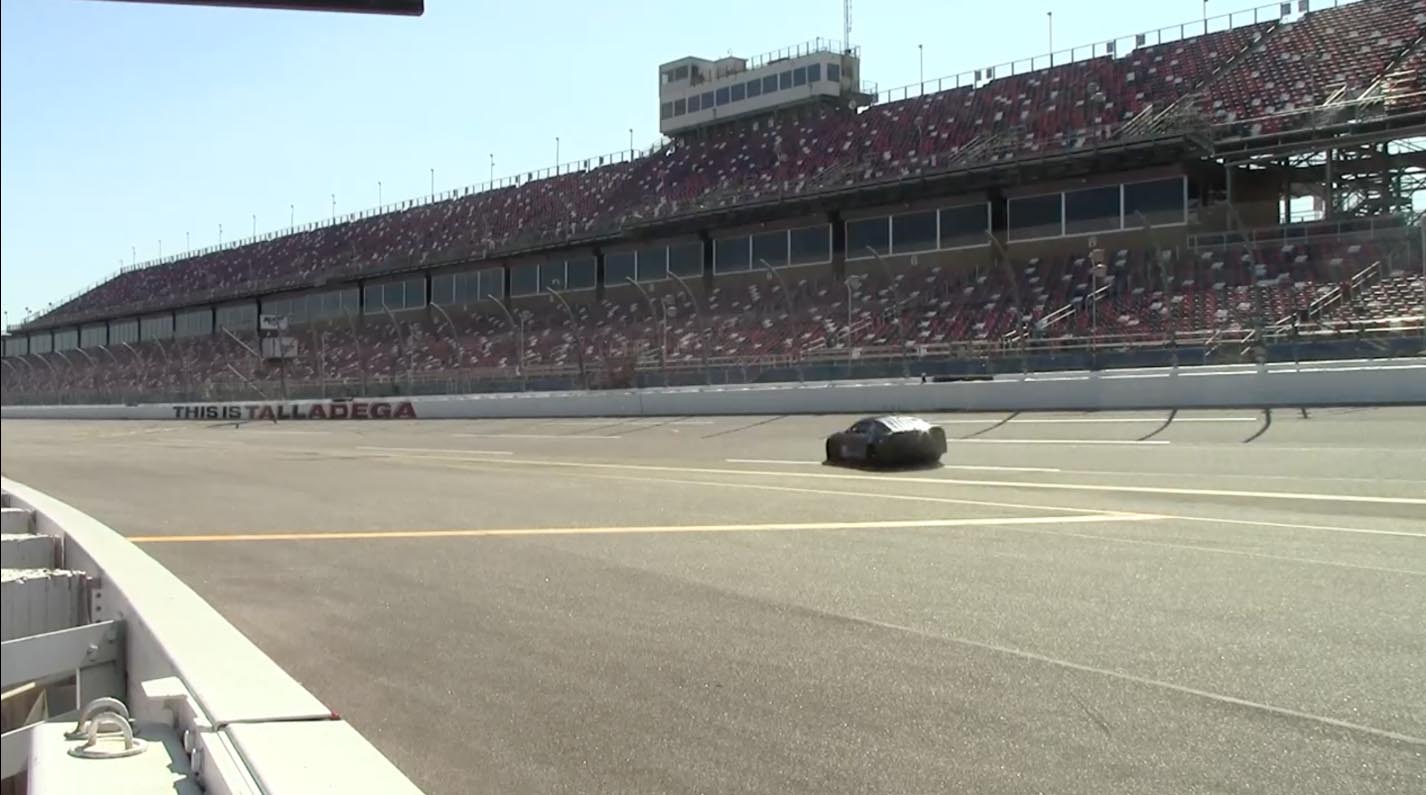 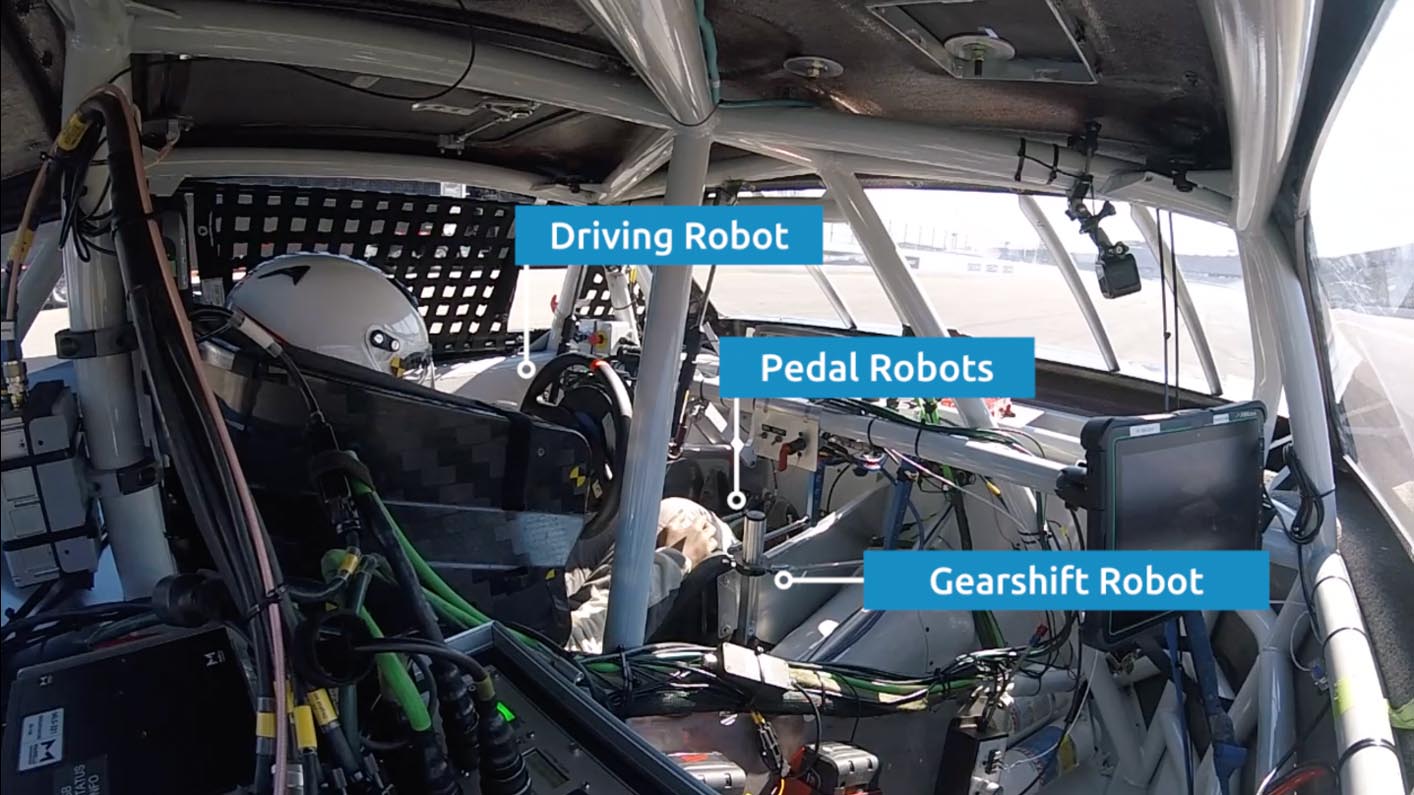 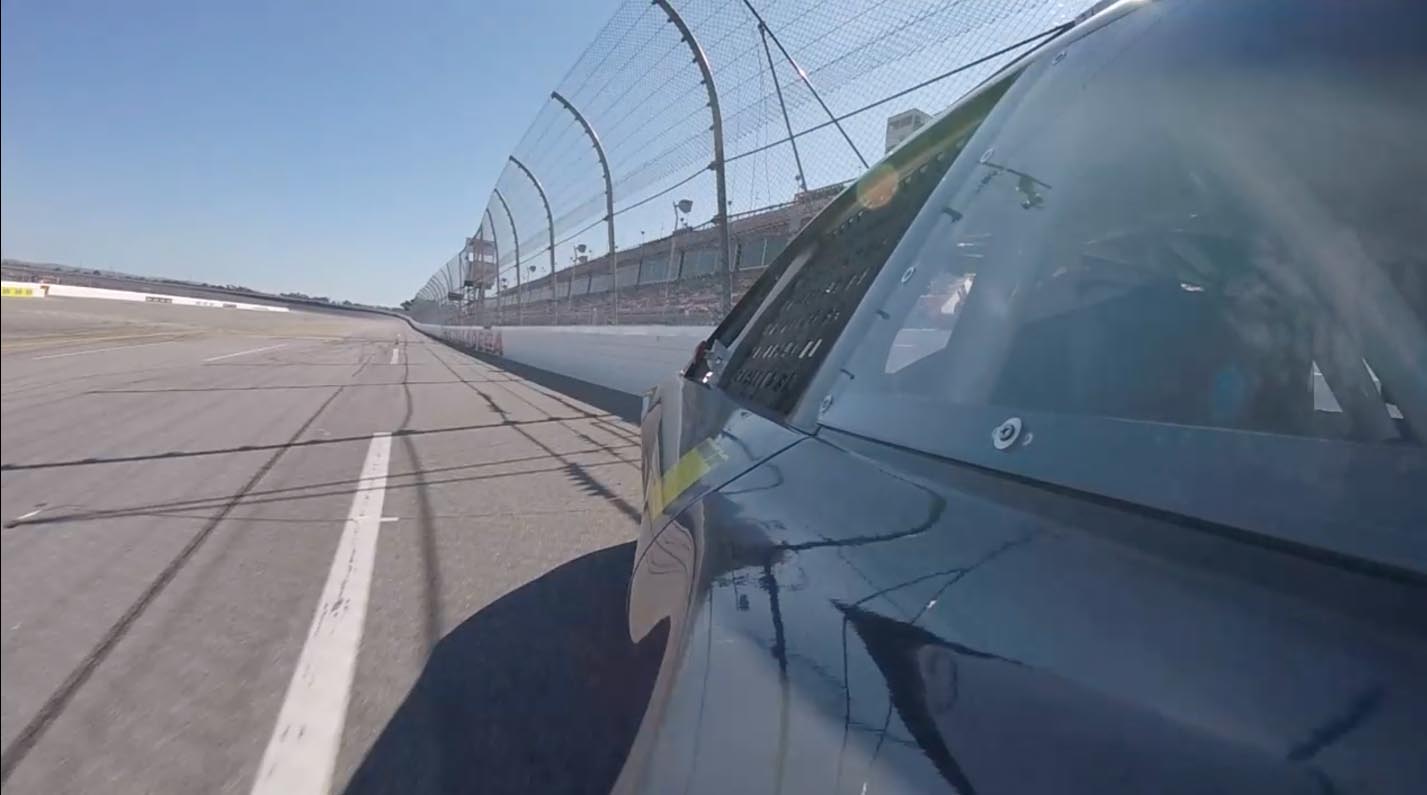 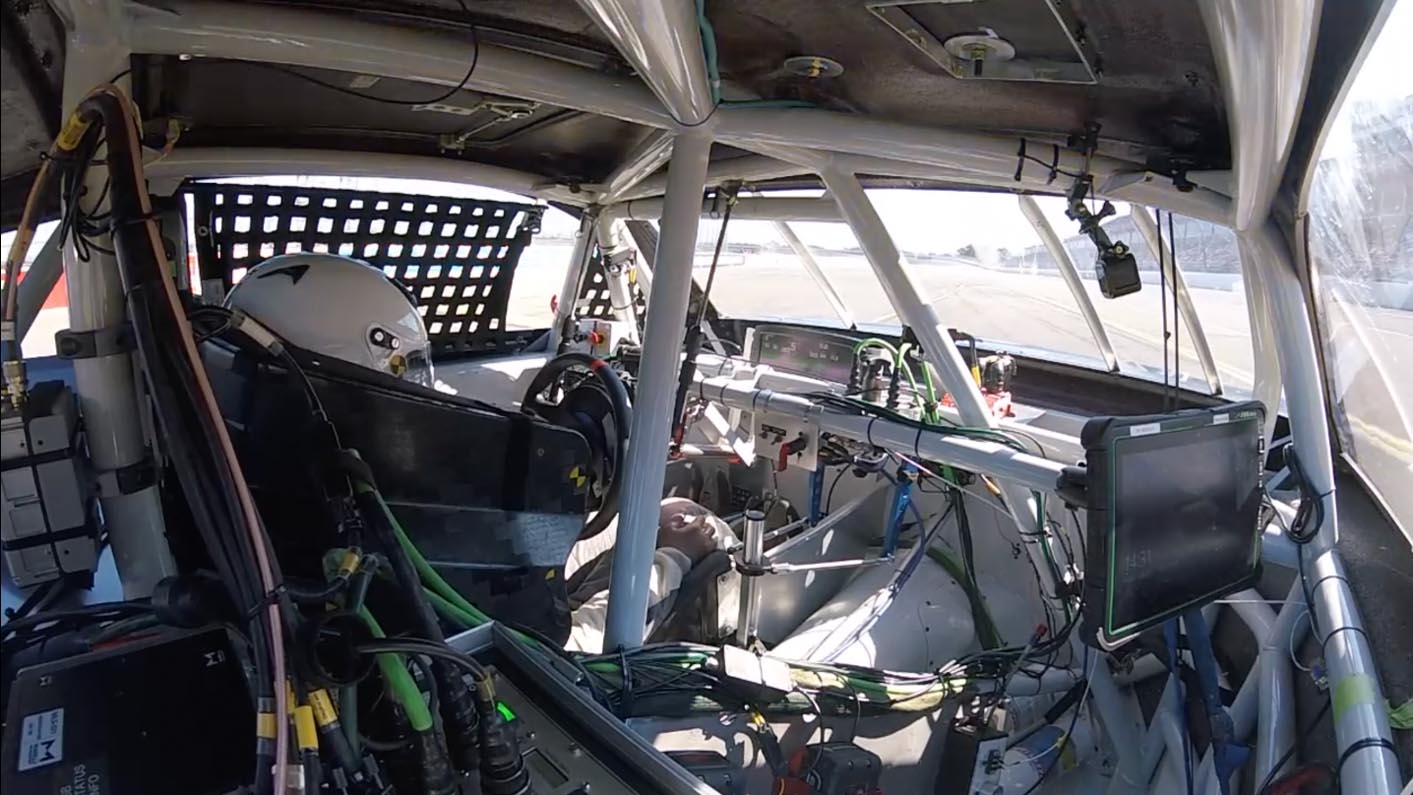