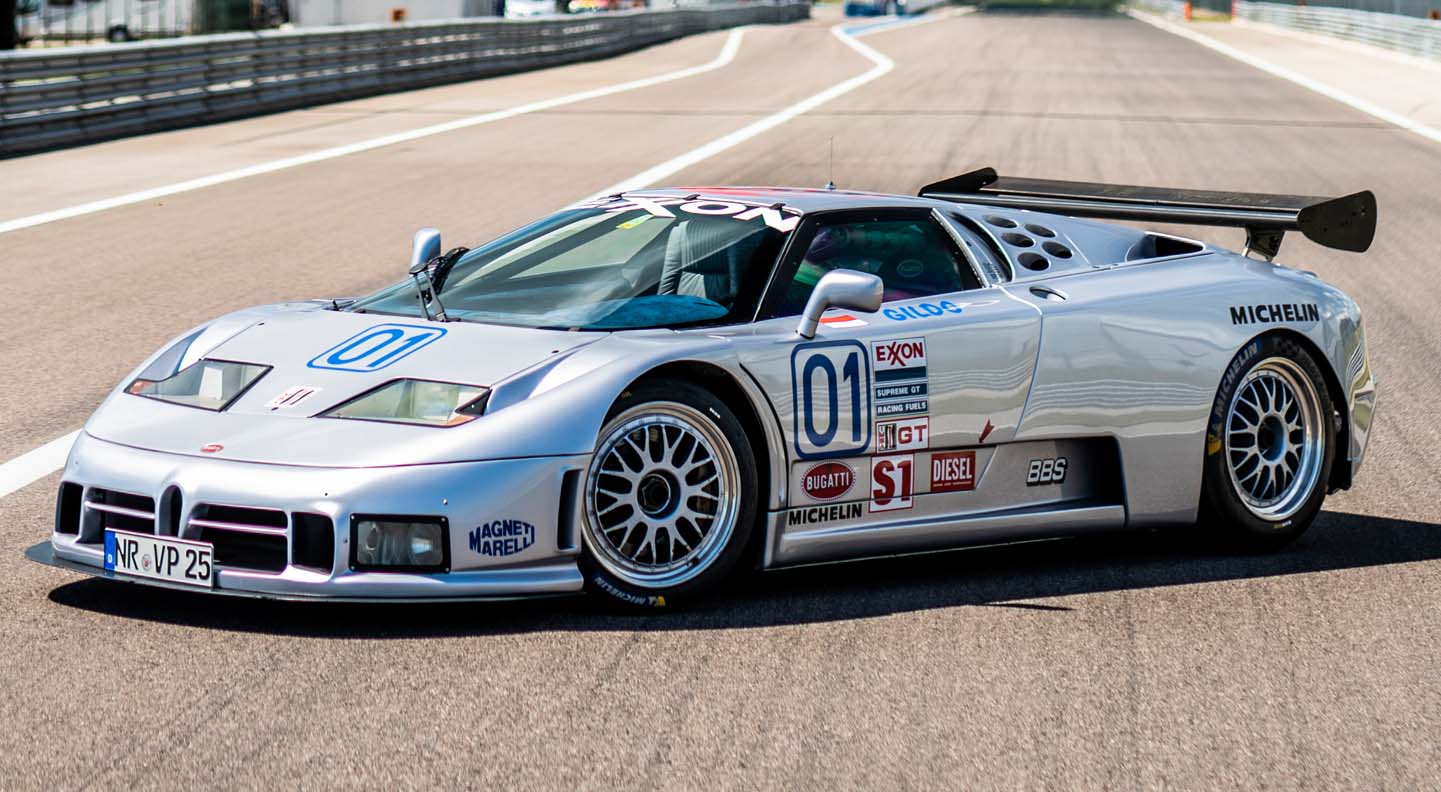 The engines roar, pushing the rev limiters to their limits. When the light turns green, the race cars accelerate at full pelt, abandon their racing line, and seek out a gap in the fray. One of the vehicles is a Bugatti EB 110 SC, one of only two Bugatti EB 110 race cars to ever have been officially constructed. The Bugatti lines up for the two-hour race in Dijon on June 9, 1996, sporting the number 18. It gets off to a great start and works its way up the field. Unfortunately, it was his last ever race.

Behind the wheel of the super sports car was the Monegasque businessman and race car driver Gildo Pallanca-Pastor. Extraordinarily, at 29 years of age, he was one of the youngest entrants and also the owner of the Monaco Racing Team, for which the EB 110 SC was competing. Even then, this was an exceptional vehicle, one that really stood out in comparison to the other race cars. This year, the EB 110 celebrates its anniversary.

The famous brand temporarily came to the end of the road in 1963, but was brought back to life in the late 1980s by the Italian Romano Artioli. In 1987, he bought the trademark rights and became Chair of Bugatti Automobili S.p.A. On September 15, 1990, Artioli officially opened a new and pioneering factory in Campogalliano. A year later on September 15, 1991, which would have been Ettore Bugatti’s 110th birthday, Artioli unveiled the most modern and most advanced super sports car of its time – the EB 110. The coupe with a 3.5-liter V12 engine, four turbochargers, all-wheel drive, and a lightweight carbon monocoque caused quite a stir 30 years ago. The engine delivers power of up to 610 PS and accelerates smoothly up to its top speed – a high 351 km/h, which was a world record for a production sports car. But Artioli wanted more – he wanted to see Bugatti back on the racetrack. “We thought motorsport was crucial for a brand like Bugatti,” he once said.

In addition to the EB 110 GT and the 110 Super Sport, two official factory race cars boasting up to 700 PS were produced at the workshop. The first of these, a blue EB 110 LM, entered the 24 Hours of Le Mans in 1994. The race car caught the attention of Gildo Pallanca-Pastor, who was interested in technology, the brand, and the vehicles. In March 1995, he set a speed record on ice in a production-based EB 110 Super Sport. But he was actually more interested in entering official races, so he ordered a race car from Bugatti at the end of 1994, to participate in the IMSA series in the USA and in other endurance races from 1995. The EB 110 Sport Competizione (SC) was developed within the timeframe of six months – weight-reduced, reconceptualized, and incredibly fast. There were plans to produce three vehicles, but by June 1995 only one had been made due to financial difficulties and supplier issues.

It was with this vehicle that Gildo Pallanca-Pastor entered IMSA races and participated in the BPR Global GT Series, an international racing series designed for the top production-based super sports cars. The EB 110 SC performed well, but spare parts became rarer and rarer as it was at the time that the market for super sports cars collapsed. As a result, demand for Bugatti fell, the financial liabilities accrued, and the suppliers withheld their parts. When Bugatti began to experience problems with its suppliers and Artioli was no longer able to pay them, the production plant was closed on September 15, 1995, and the race car parked there waiting to be serviced was provisionally confiscated.

However, Gildo Pallanca-Pastor succeeded in extracting the EB 110 SC from the bankruptcy assets. He competed in Daytona in January 1996, and then began to prepare for the 24 Hours of Le Mans. His preparations included the races in Dijon, France, on June 8 and 9. The race car scored a strong fourth place during training, and in the first race Pallanca-Pastor even managed to move into third place. Gildo Pallanca-Pastor was satisfied with his performance and was already looking forward to the next race. But soon after the start, during the second lap, he collided with another entrant and the race was over for him – the silver race car failed to make it to the finishing line. A lack of spare parts meant the mechanics were unable to repair the race car in time, so the EB 110 Sport Competizione also missed out on competing in the 24 Hours of Le Mans, which started a week later.

This brought to an end the short motorsport career of the last factory race car built by Bugatti to date. But the rare race car survived and was maintained and looked after by its erstwhile buyer in the subsequent years without competing in any races. After a few years, Gildo Pallanca-Pastor sold the Sport Competizione to a Bugatti enthusiast. And now, 25 years after its last race and 30 years since its basis was unveiled, this rare piece is returning to its former place of deployment for a photoshoot. 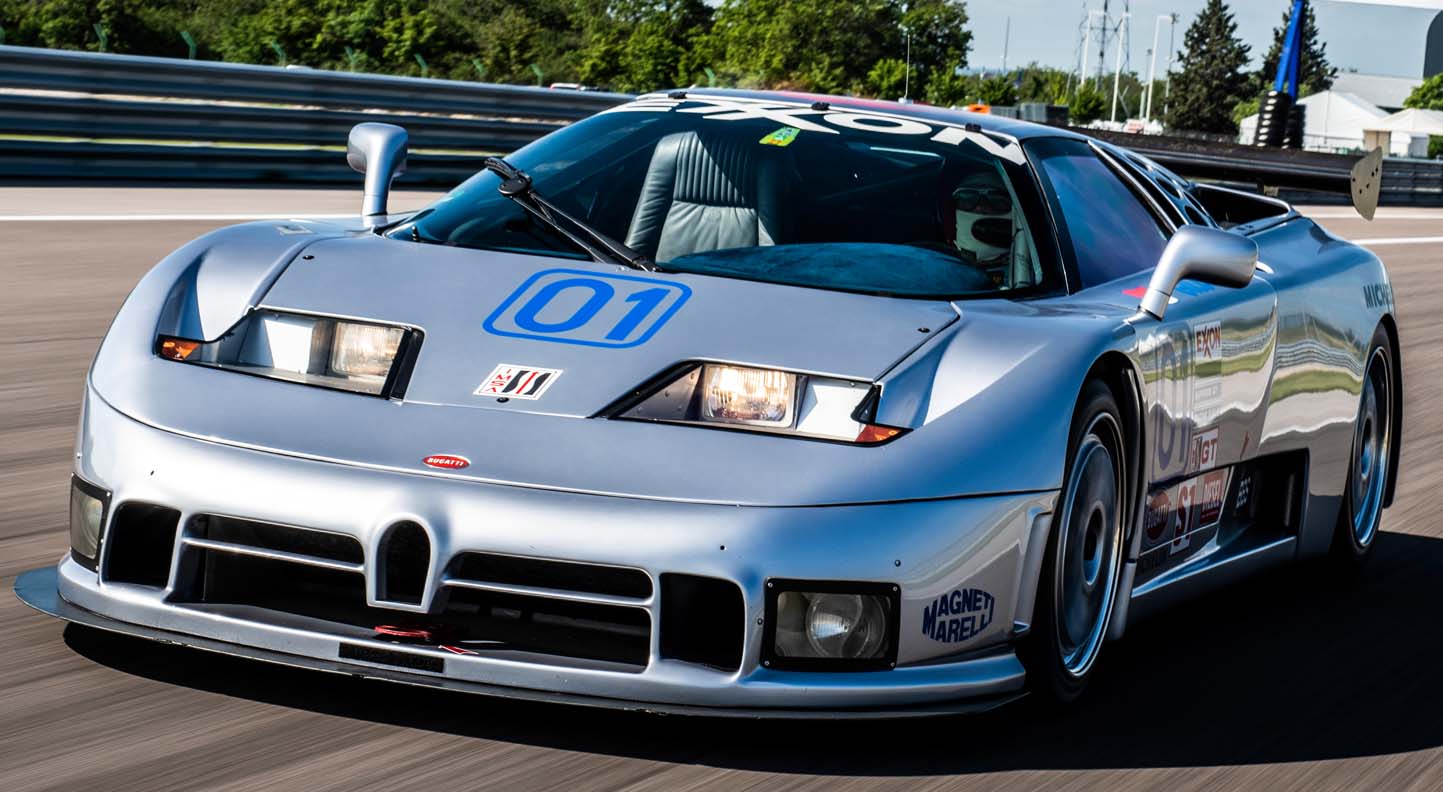 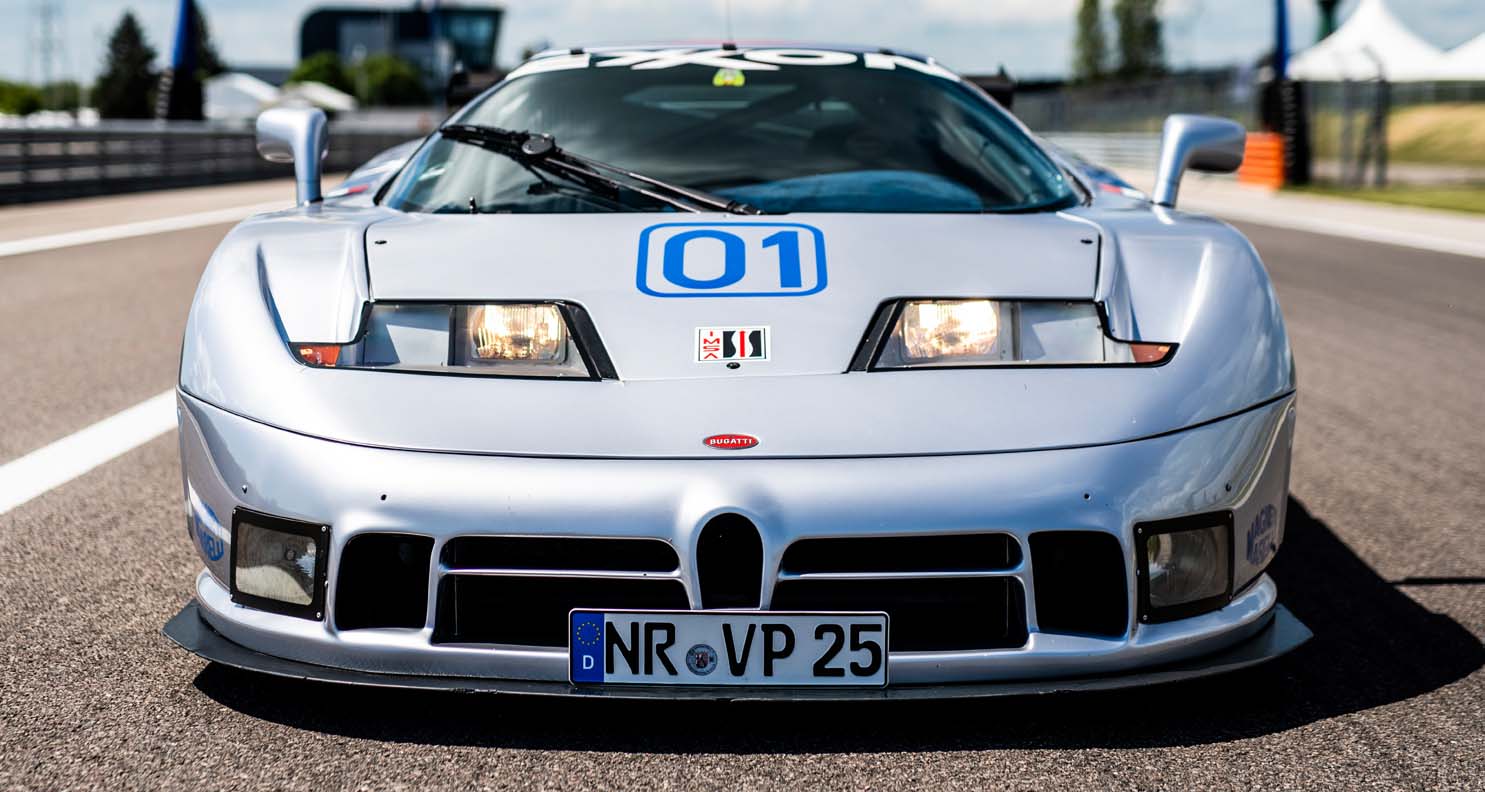 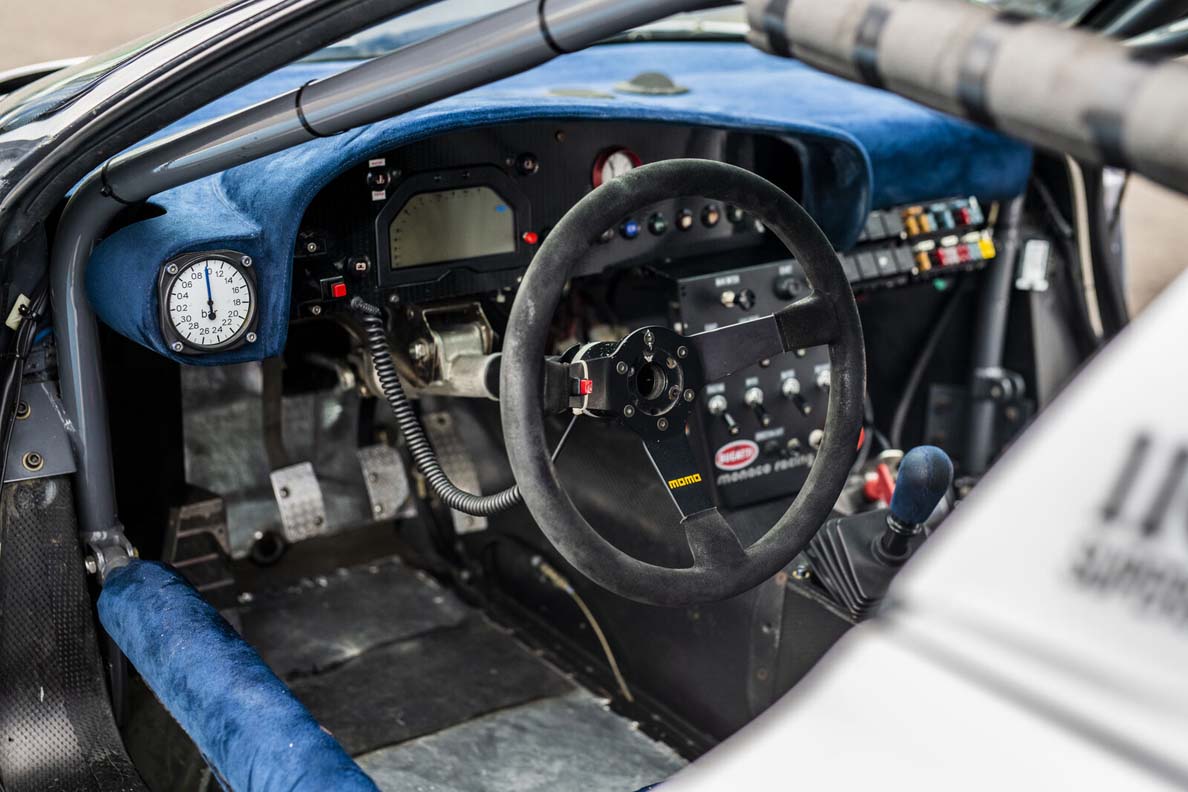 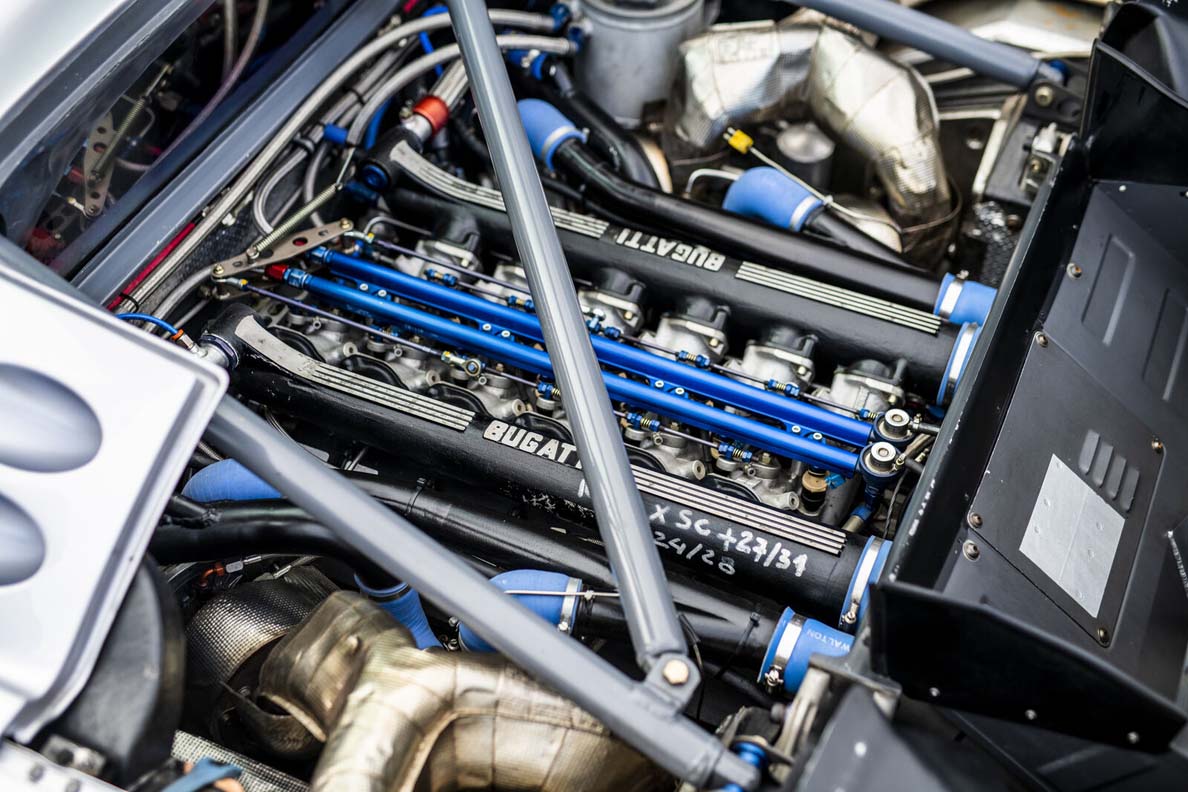 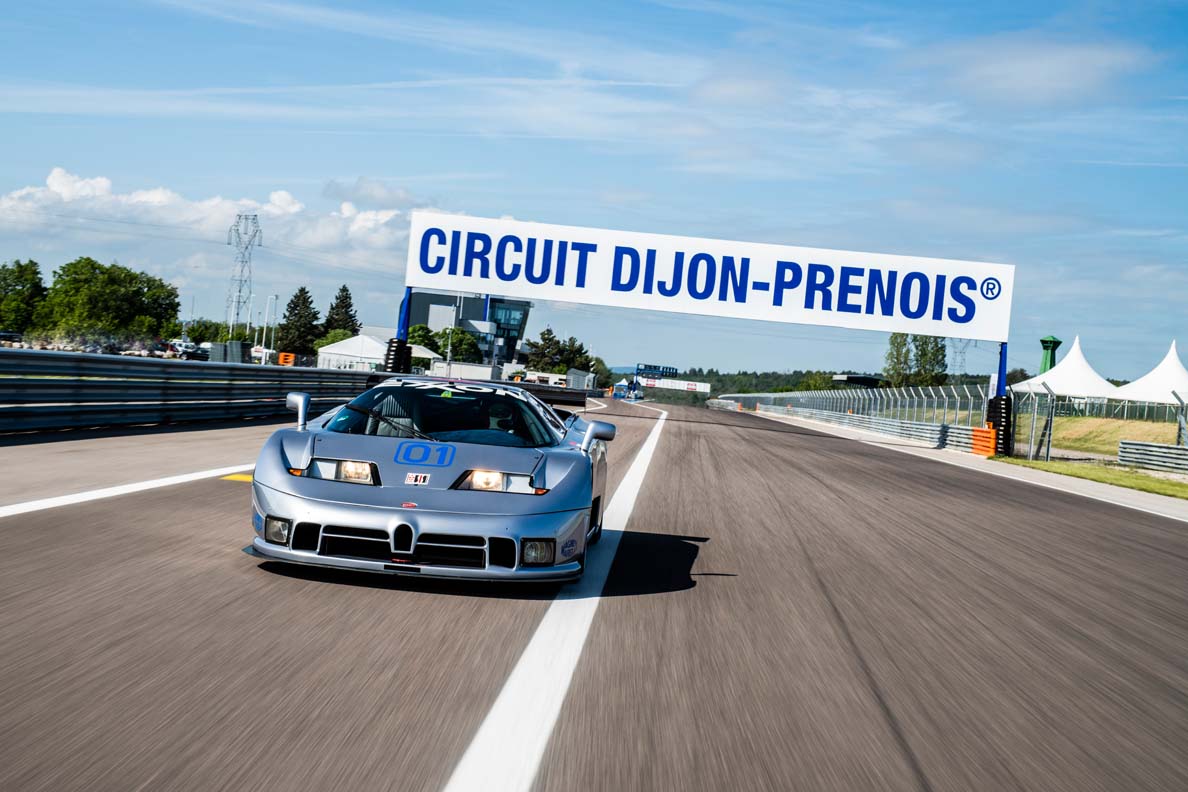 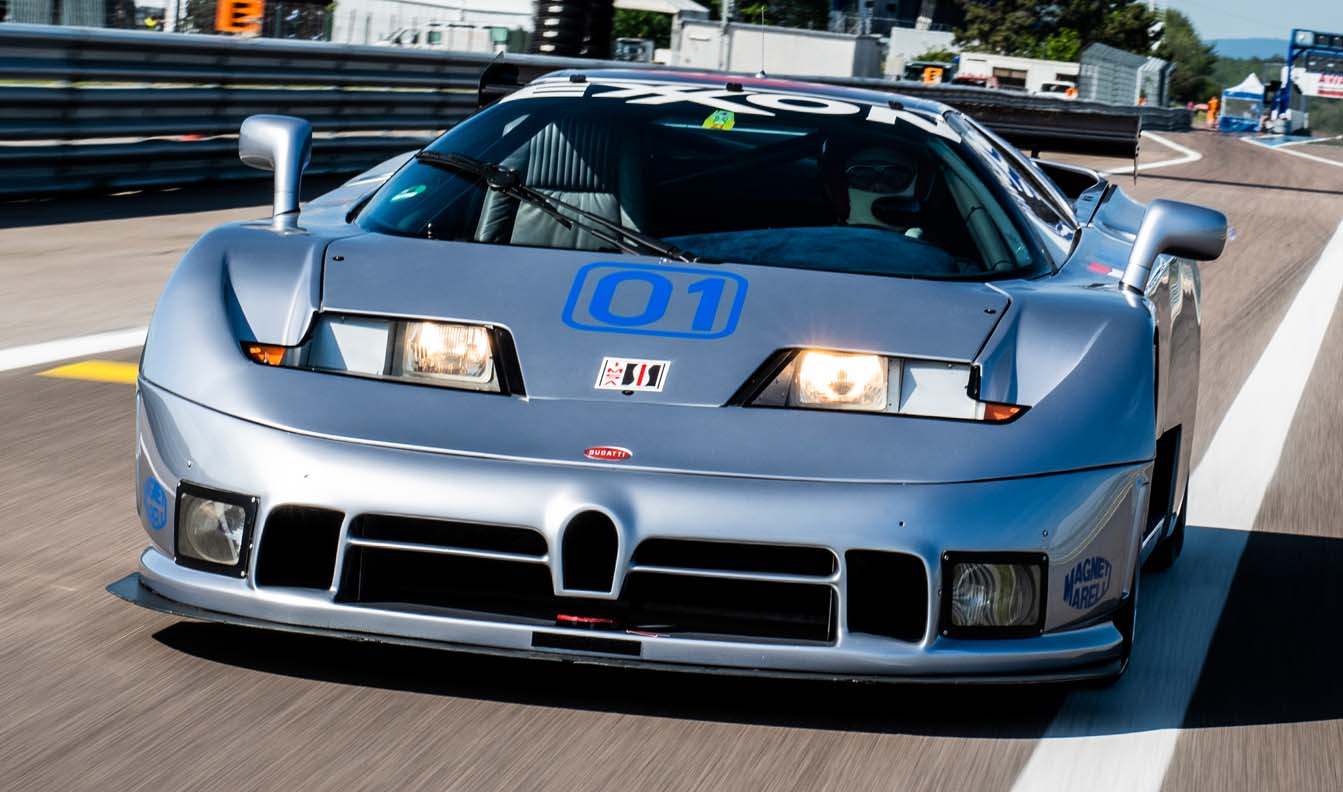