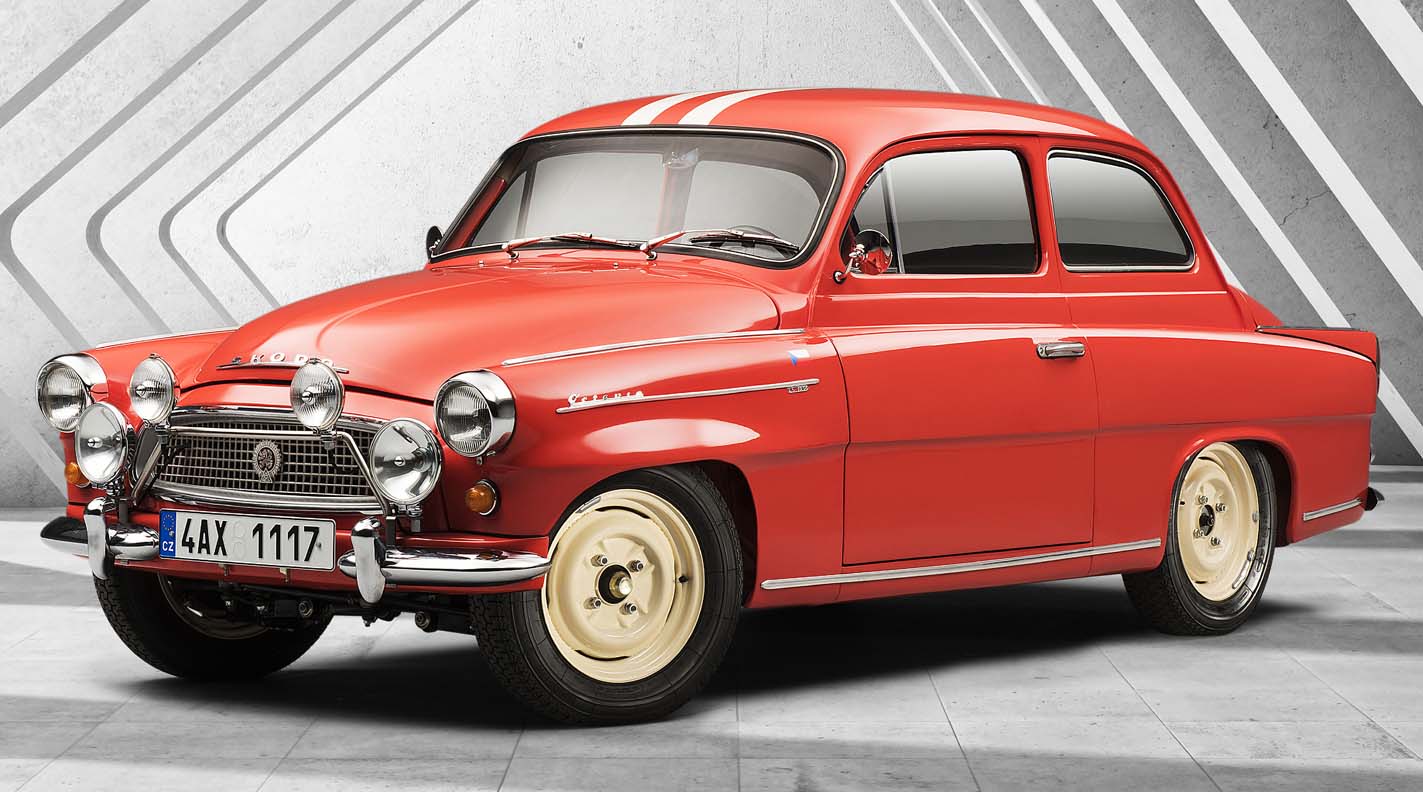 After the political situation eased slightly at the end of the 1950s, ŠKODA returned to international motorsport and competed in the prestigious Monte Carlo Rally in 1956 for the first time since 1949. The ŠKODA OCTAVIA TOURING SPORT (TS) also secured numerous victories at international rallies in the early 1960s, continuing the motorsport tradition of the car manufacturer from Mladá Boleslav.

The complete photoset to the press release and a comprehensive selection of articles and features on various topics from 120 years of ŠKODA Motorsport can be found on the ŠKODA Storyboard.

The tradition of dynamic ŠKODA vehicles that were also suitable for everyday use began in the mid-1930s with the RAPID. This model was slightly larger than the POPULAR, and the powertrains of the two series were also different. The tradition of sporty models from Mladá Boleslav continued in 1960 with the launch of the OCTAVIA TOURING SPORT (TS).

ŠKODA returns to the international motorsport stage
The 1960s were a politically eventful decade: the Mladá Boleslav-based automaker also wanted to take advantage of the cautious opening of Czechoslovakia. Success in motorsport has always been a good way to promote new models, and ŠKODA sent its vehicles to compete in prestigious international events. Long cross-country rallies served as endurance tests for man and machine, and the ever more powerful and faster rally cars guaranteed exciting races. At that time, competing in motorsport events required minimal expenditure, and many teams modified their vehicles themselves. A solid and reliable basic model like the ŠKODA OCTAVIA TS proved powerful enough to make it to the front of the field.

ŠKODA OCTAVIA TS: Carefully considered modifications boost performance
The OCTAVIA TS was available with two displacements and therefore also in two performance variants. In contrast to the basic version of the OCTAVIA, the initial version with a displacement of 1,089 cm3 had two Jikov 32 SOPb downdraught carburettors. Later, the engine was fitted with a new intake manifold and, thanks to the deflectors on the pistons, had a compression ratio of 8.4:1. These modifications increased the output to 50 hp at 5,500 rpm, while the maximum torque of 74.5 Nm was reached at 3,500 rpm.

OCTAVIA TS 1200 from 1962
Production of the modernised OCTAVIA and FELICIA was launched in 1961, and ŠKODA offered both models as ‘SUPER’ versions. For this variant, the car manufacturer enlarged the engine bore to 72 millimetres, thus increasing the displacement to 1,221 cm³. The SUPER version had a compression ratio of 7.5:1 and delivered 47 hp. Thanks to an even higher compression ratio of 8.4:1, the OCTAVIA TS 1200 presented in January 1962 generated 55 hp at 5,100 rpm. The engine achieved a maximum torque of 86.2 Nm at 3,500 rpm. Among private customers, the model was a popular tuning project; with appropriate technical modifications and the necessary experience, the engine’s output could be increased to just under 100 hp. More than 2,270 units of the OCTAVIA TS and the OCTAVIA 1200 TS rolled off the Mladá Boleslav production line between 1960 and 1964.

OCTAVIA TS: 920 kilograms, four-speed gearbox and independent suspension all-round
Although the OCTAVIA TS 1200 – with a kerb weight of 920 kilograms – was 20 kilograms heavier than the FELICIA convertible, the manufacturer claimed identical driving performance with the same fuel consumption. The car achieved speeds of up to 130 km/h and averaged 9.1 litres of petrol per 100 kilometres. The second to fourth gear of the four-speed gearbox were synchronised; the gear stick was positioned in the centre tunnel. The four wheels were individually suspended from the central tubular frame.

First successes of the very slightly modified rally cars against the international competition
The vehicles modified for rally use had 15-inch rims with Barum tyres, and studded Michelin tyres were used for special stages on snow and ice. From the very first rallies, the OCTAVIA proved to be a strong competitor in the under 1,300 cm3 category. This was noticed not only by Scandinavian teams but also by participants from Austria, Poland and Greece. Their decision to use the comparatively inexpensive vehicle from Mladá Boleslav paid off.

Esko Keinänen and Rainer Eklund dominate their class at the ‘Monte’ with the OCTAVIA TS
The OCTAVIA TS achieved its greatest successes in the hands of private drivers at the Monte Carlo Rally and the Finnish 1000 Lakes Rally. In 1961, the Finnish duo Esko Keinänen/Rainer Eklund finished 6th overall and first in their class in Monaco. One year later, no fewer than 16 driver teams from eight countries were taking part in the Monte Carlo Rally with the OCTAVIA. As in the previous year, the Finn Esko Keinänen dominated his class and triumphed against four vehicles from Alfa Romeo.

The factory team’s cars at this Monte Carlo Rally were only slightly modified – the compression ratio was identical to the production version, and an aluminium oil sump was fitted. Altogether, two gear ratios were homologated, and the final ratio was set at 4.78. At the rallies, cut tyres of the Barum OS 11 5.60×15 type and studded Michelin Valiarts ensured adequate grip on any surface.

OCTAVIA TS success story continues at the ‘1000 Lakes Rally’ in Finland and the Tour d’Europe
At the 1000 Lakes Rally, Esko Keinänen outpaced almost the entire field – with the exception of Pauli Toivonen in the Citroën DS 19, with Keinänen dominating his class and finishing second overall. The OCTAVIA TS continued its winning streak in 1963, prevailing in its class for the third time in Monaco, this time with the Norwegian duo Gjölberg/Karlan on board. It also scored a major success in Finland; on ice and snow, Esko Keinänen drove the car to fourth place in the overall standings. In addition, Josef Vidner and Bohuslav Staněk took first place in the up to 1,300 cm³ class at the Tour d’Europe in 1963 and finished in an outstanding fifth place overall. The light and manoeuvrable OCTAVIA TS repeatedly outperformed the international competition in the following years, as well.

Among the most famous Czech drivers of the OCTAVIA TOURING SPORT and TS 1200 were the brothers Jaroslav and Václav Bobek, Miroslav Fousek, Vladimír Hubáček, Zdeněk Mráz, Leopold Lancman and Jiří Srnský. 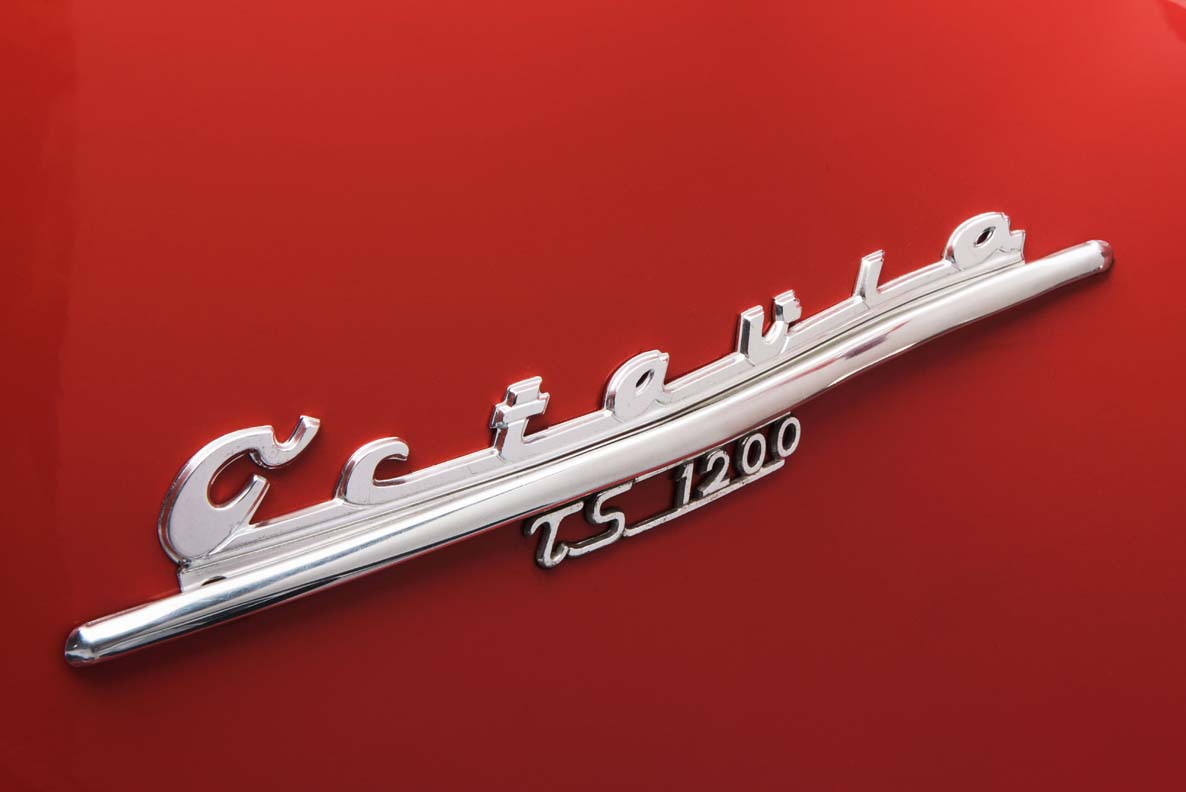 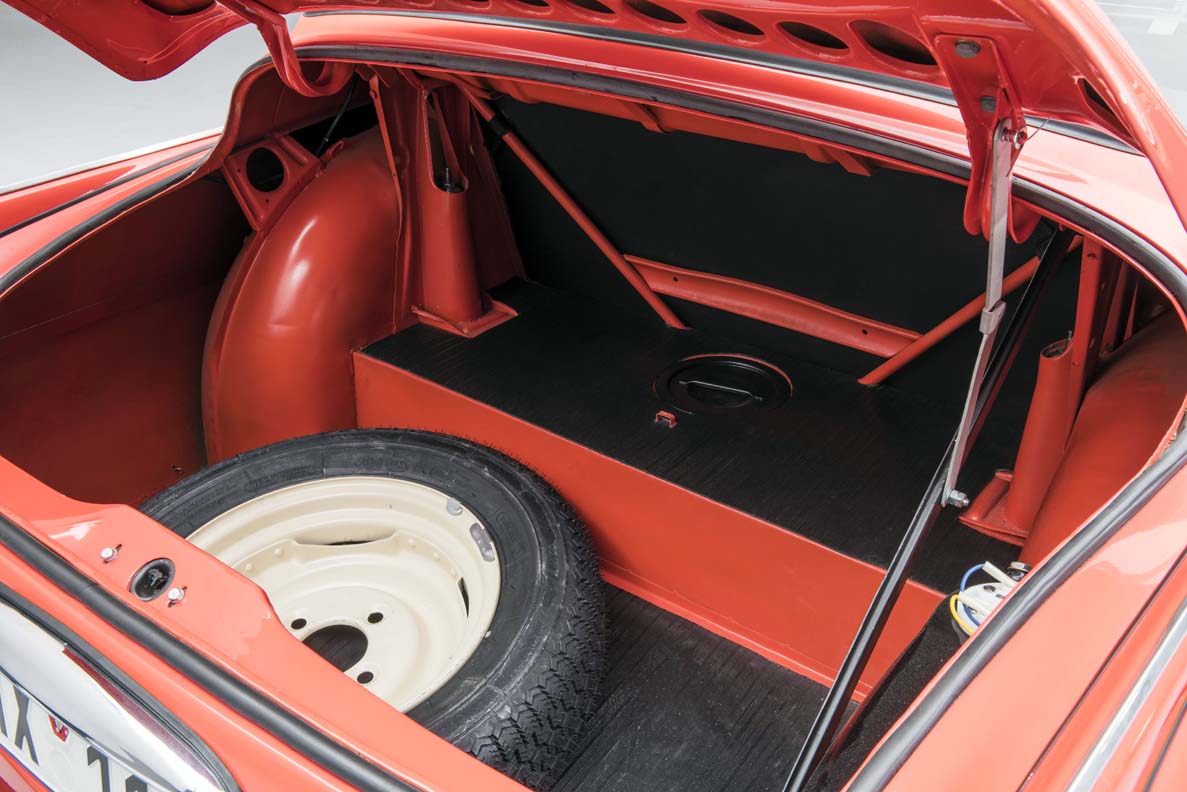 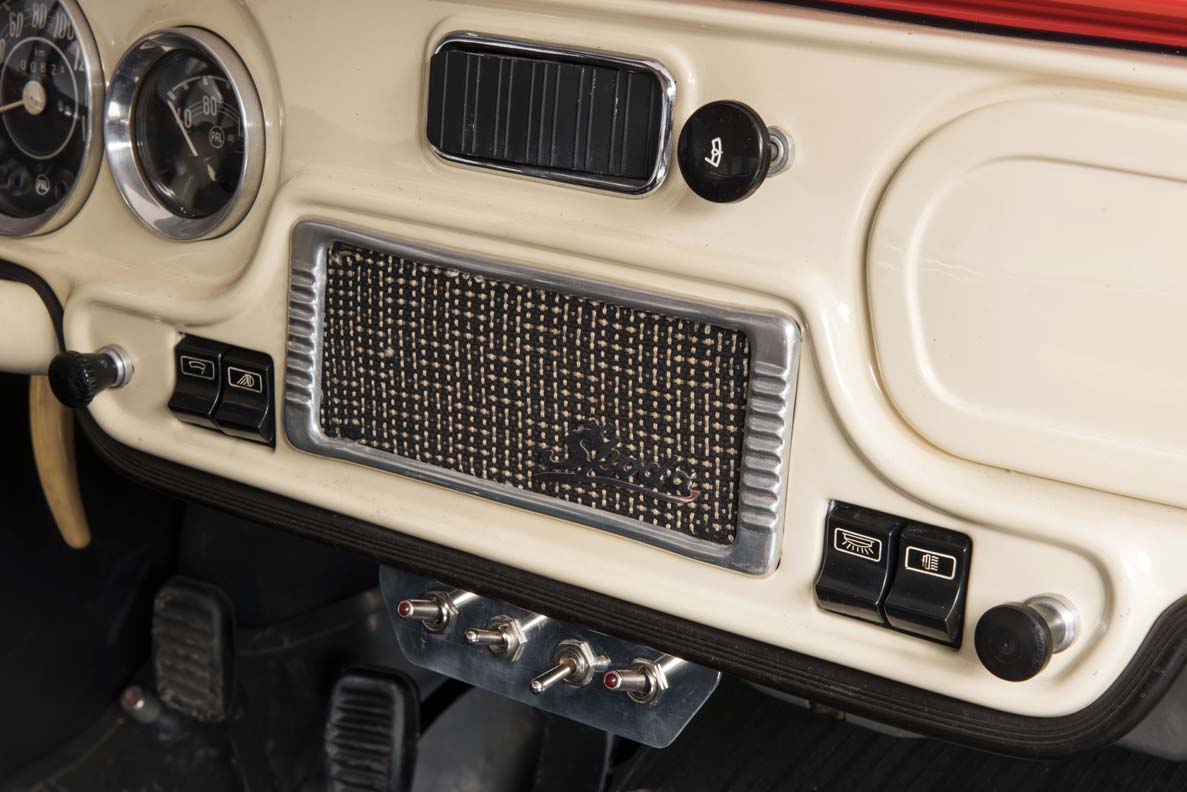 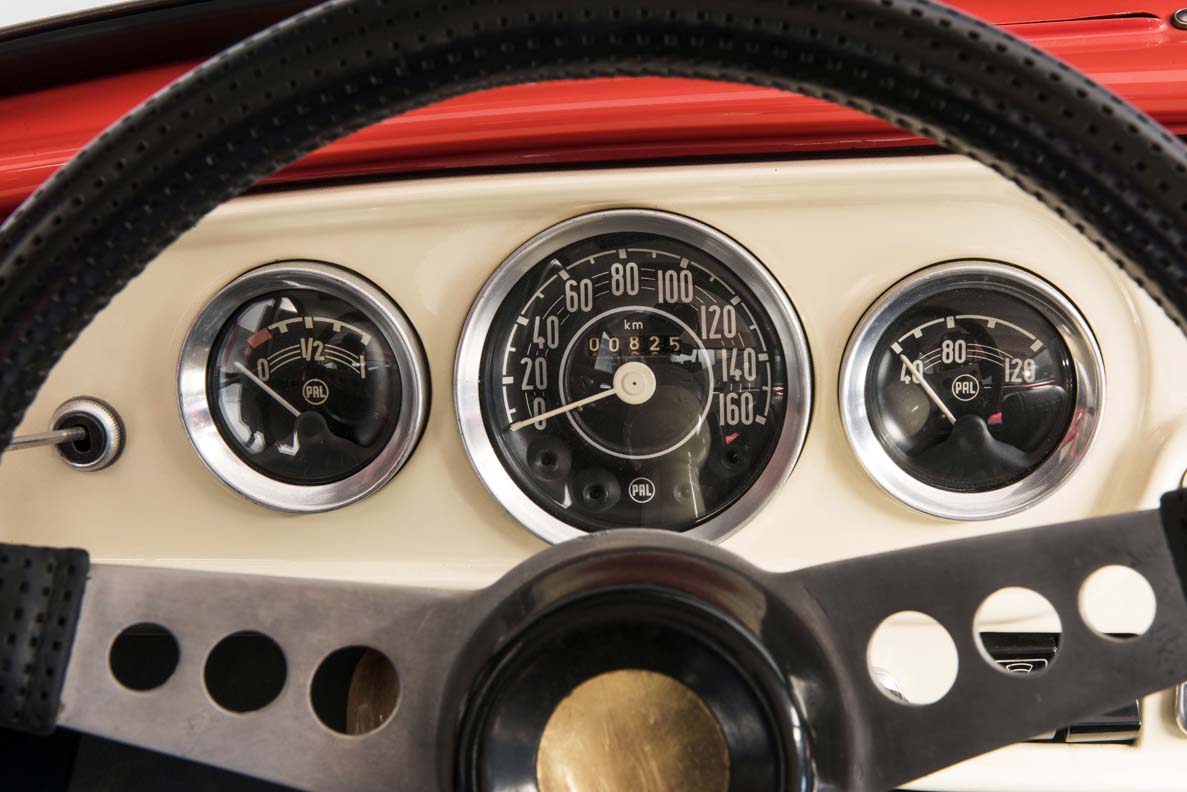 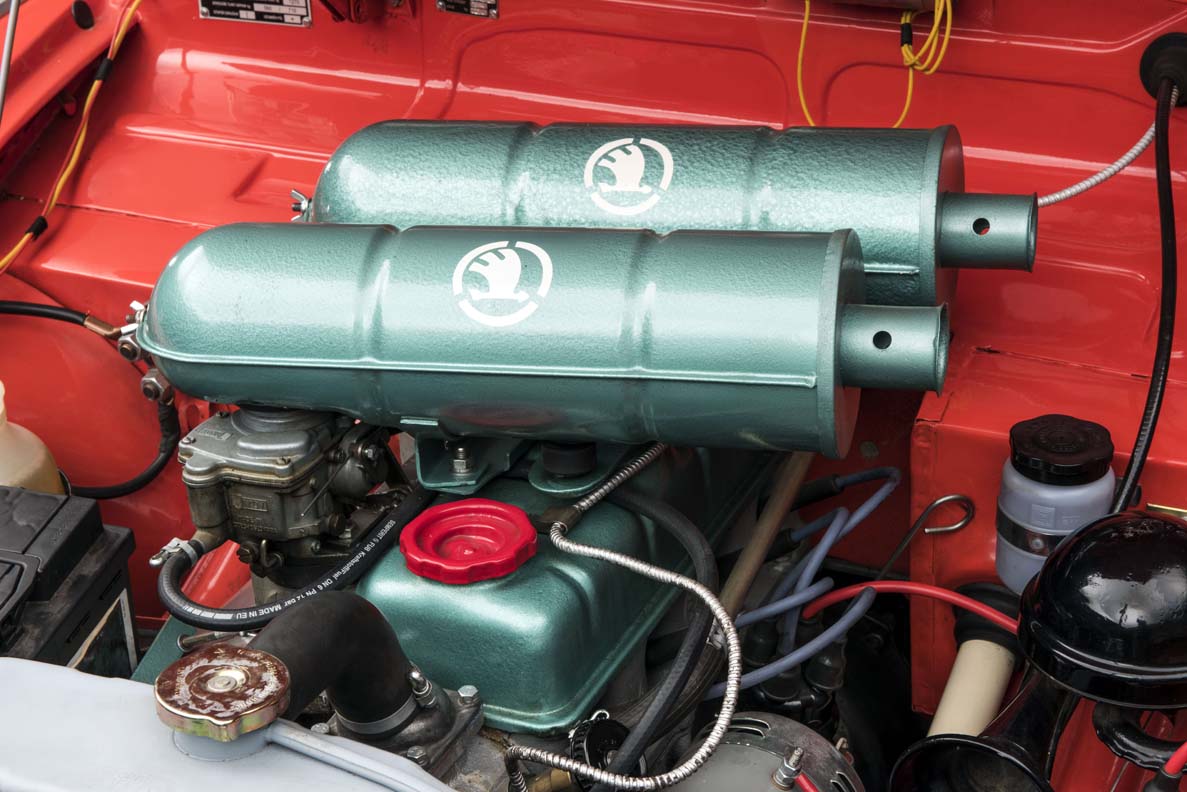 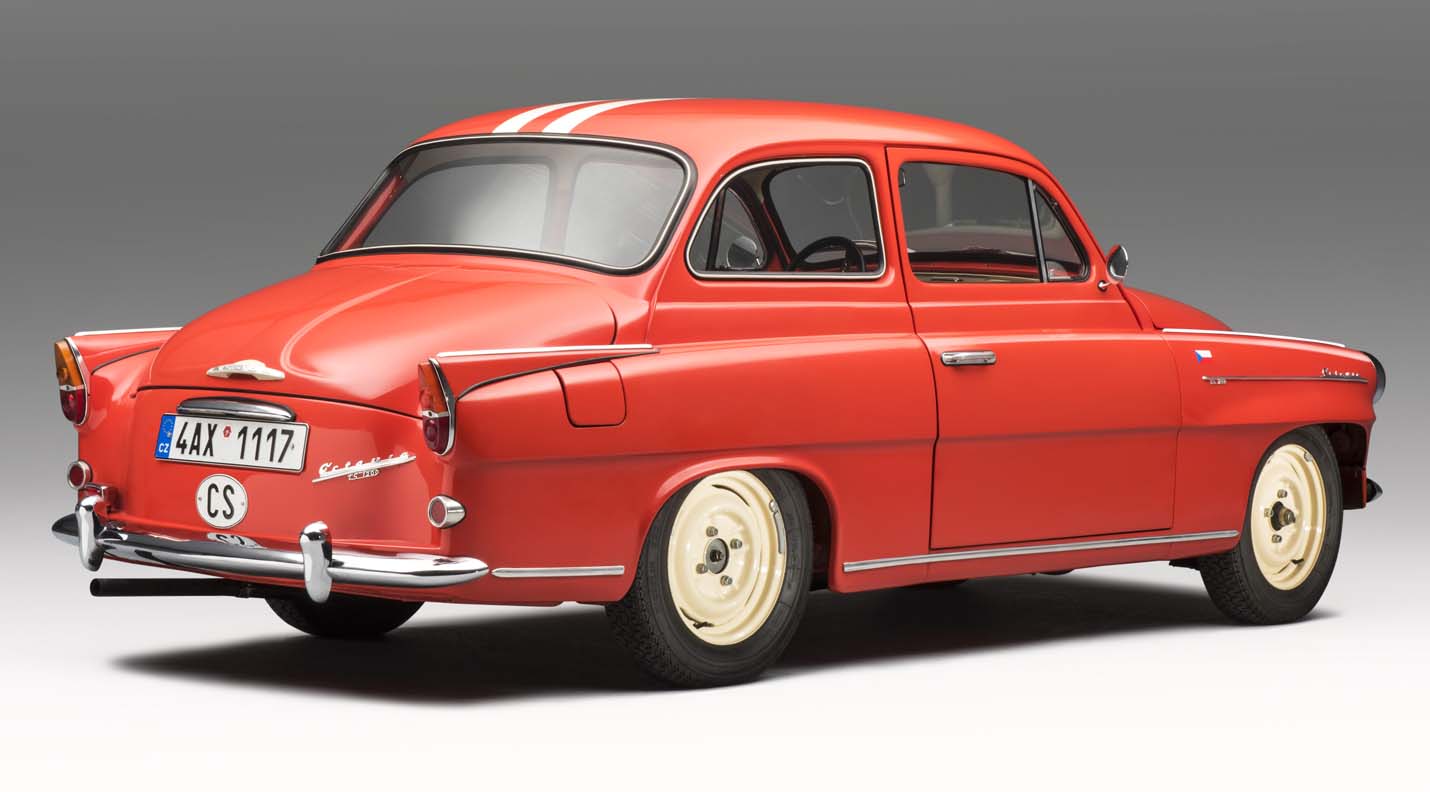 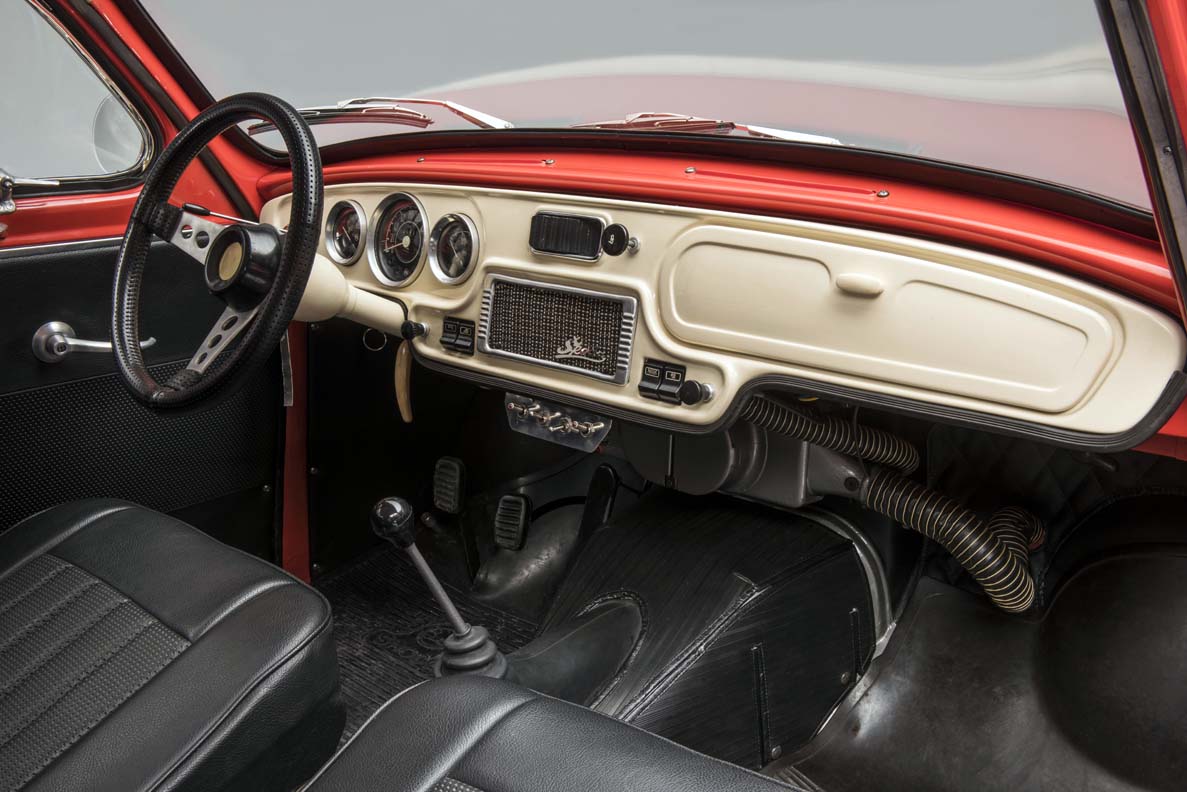 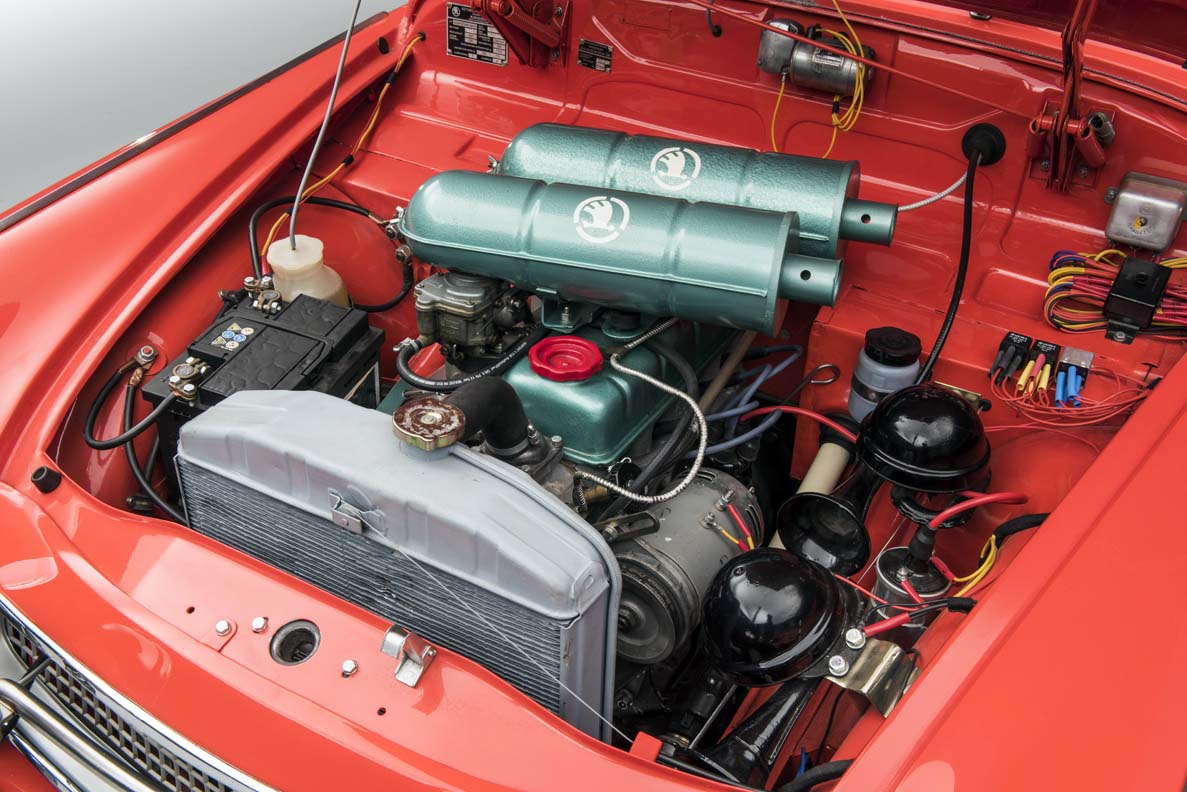 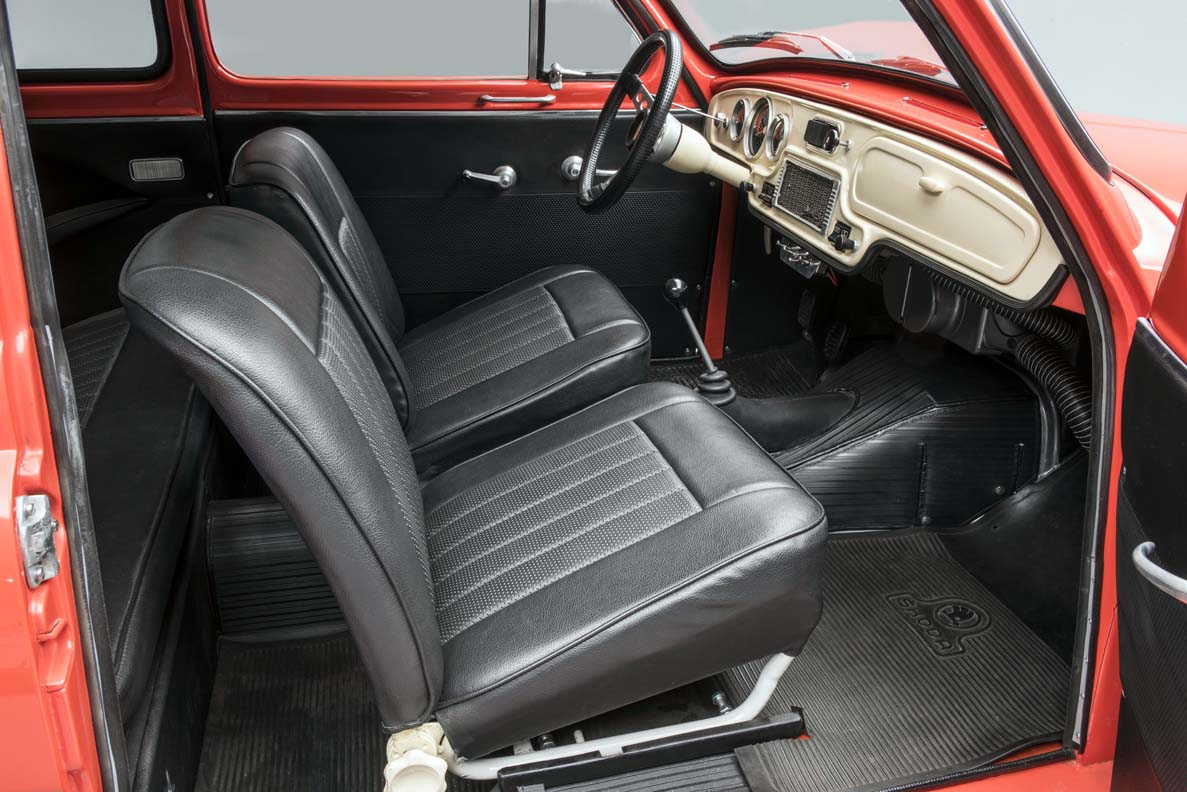 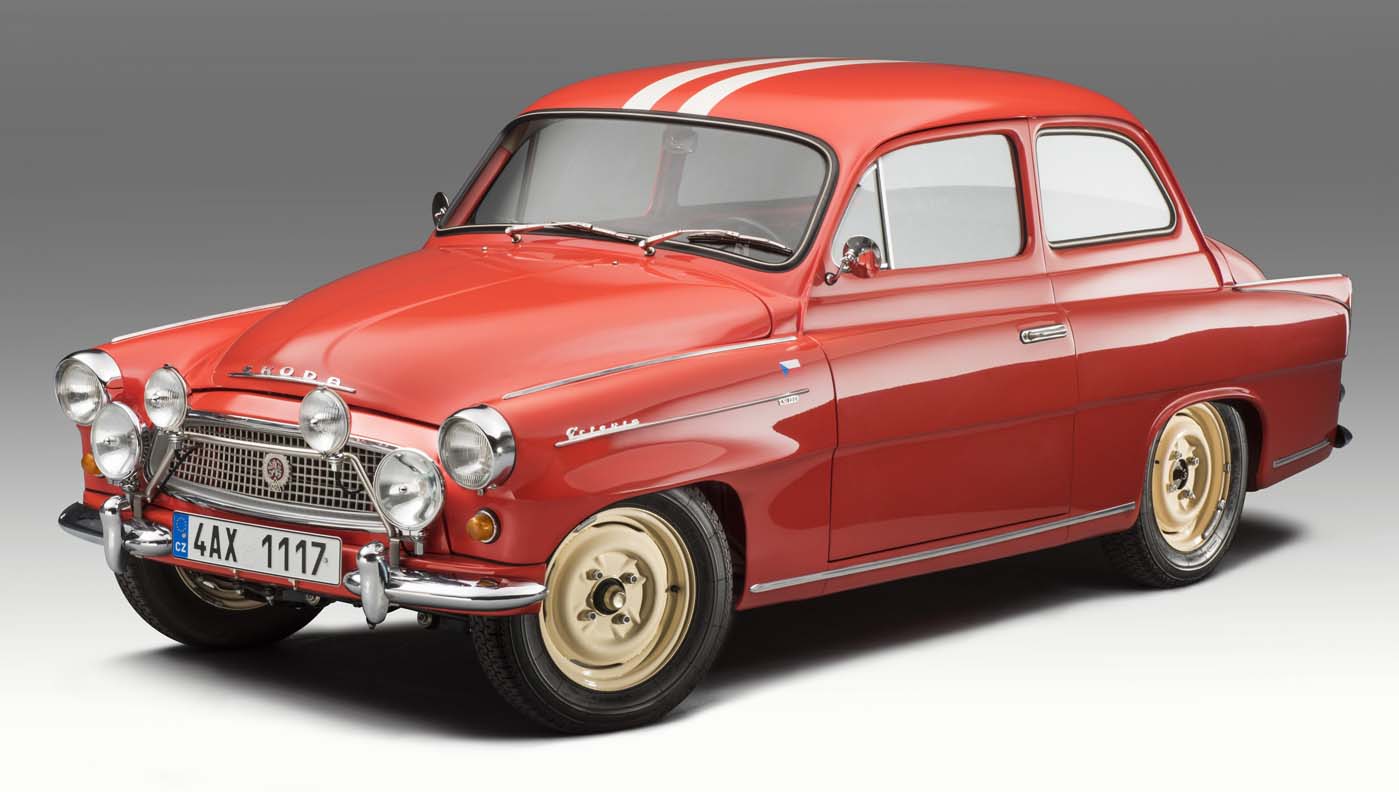 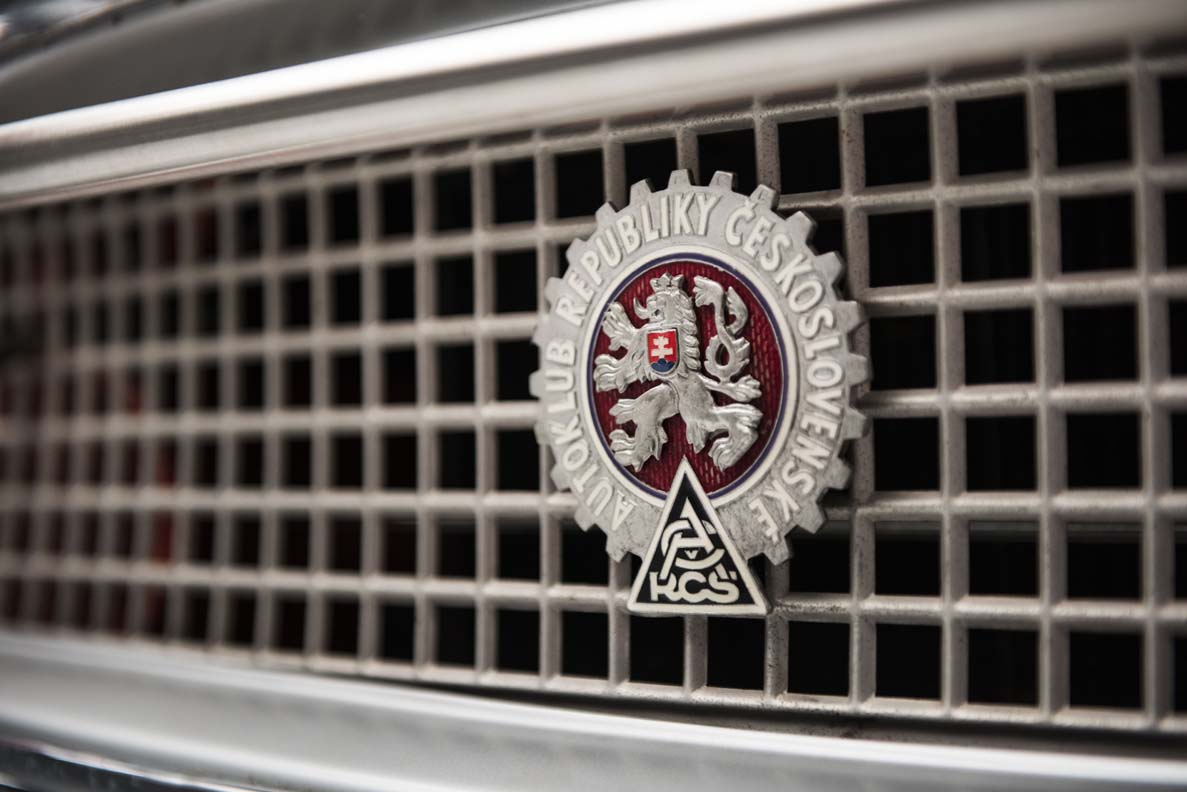 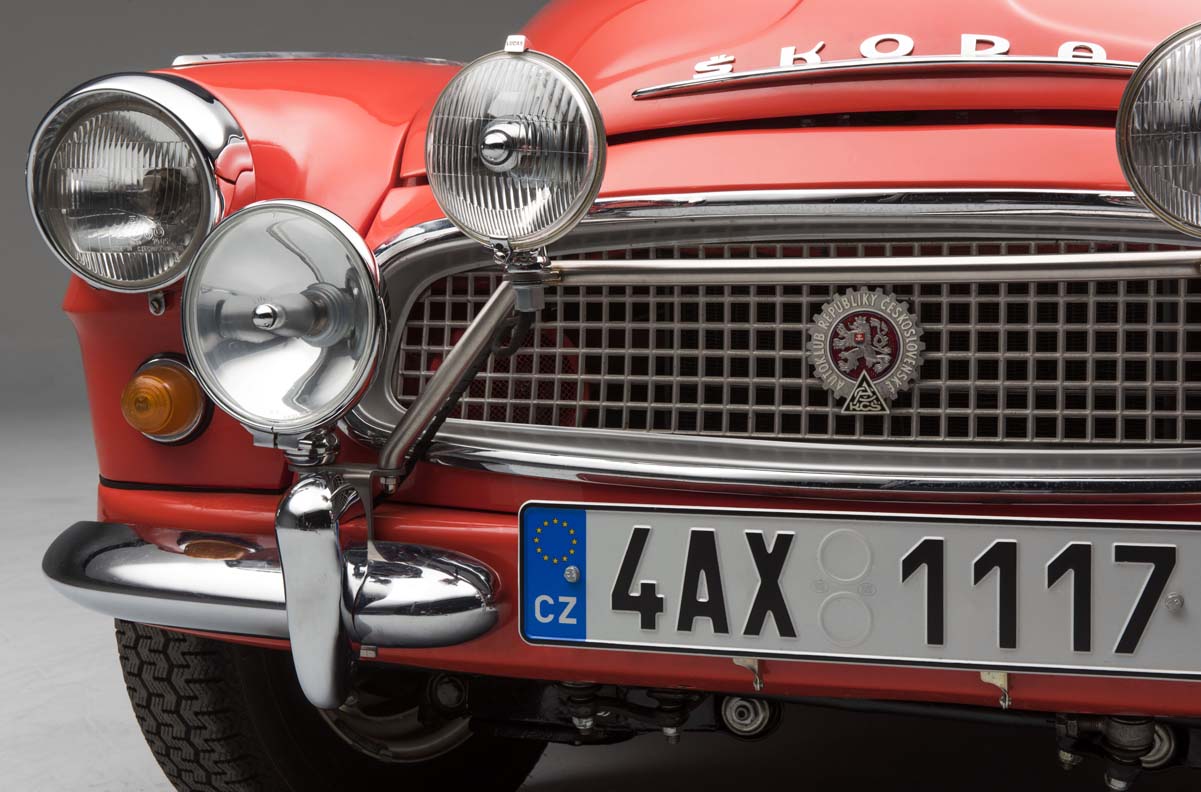 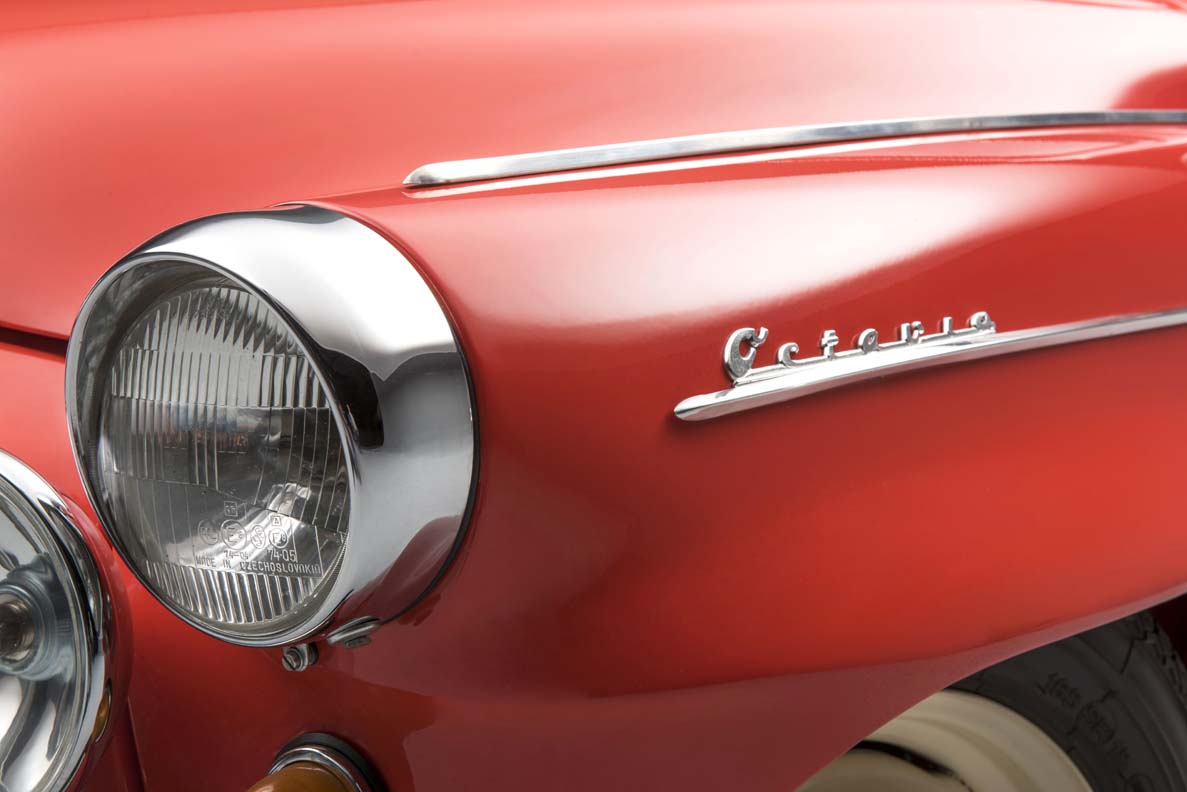 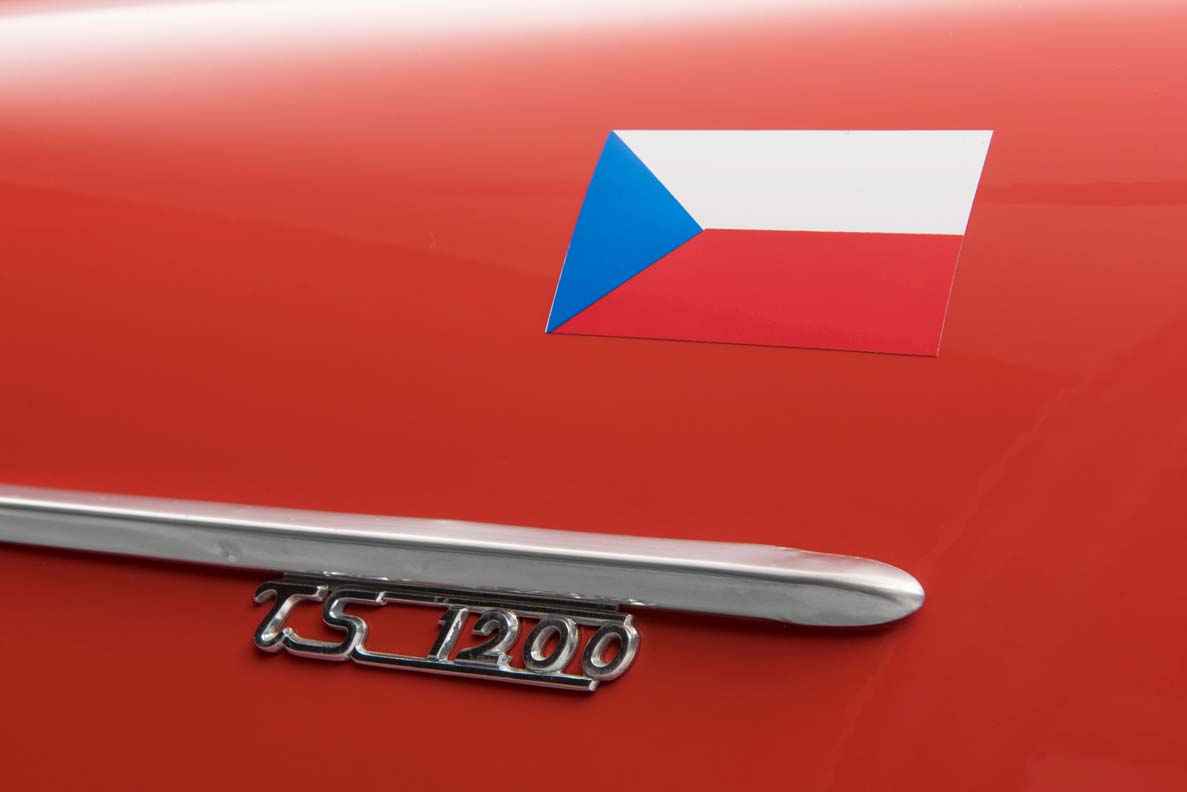 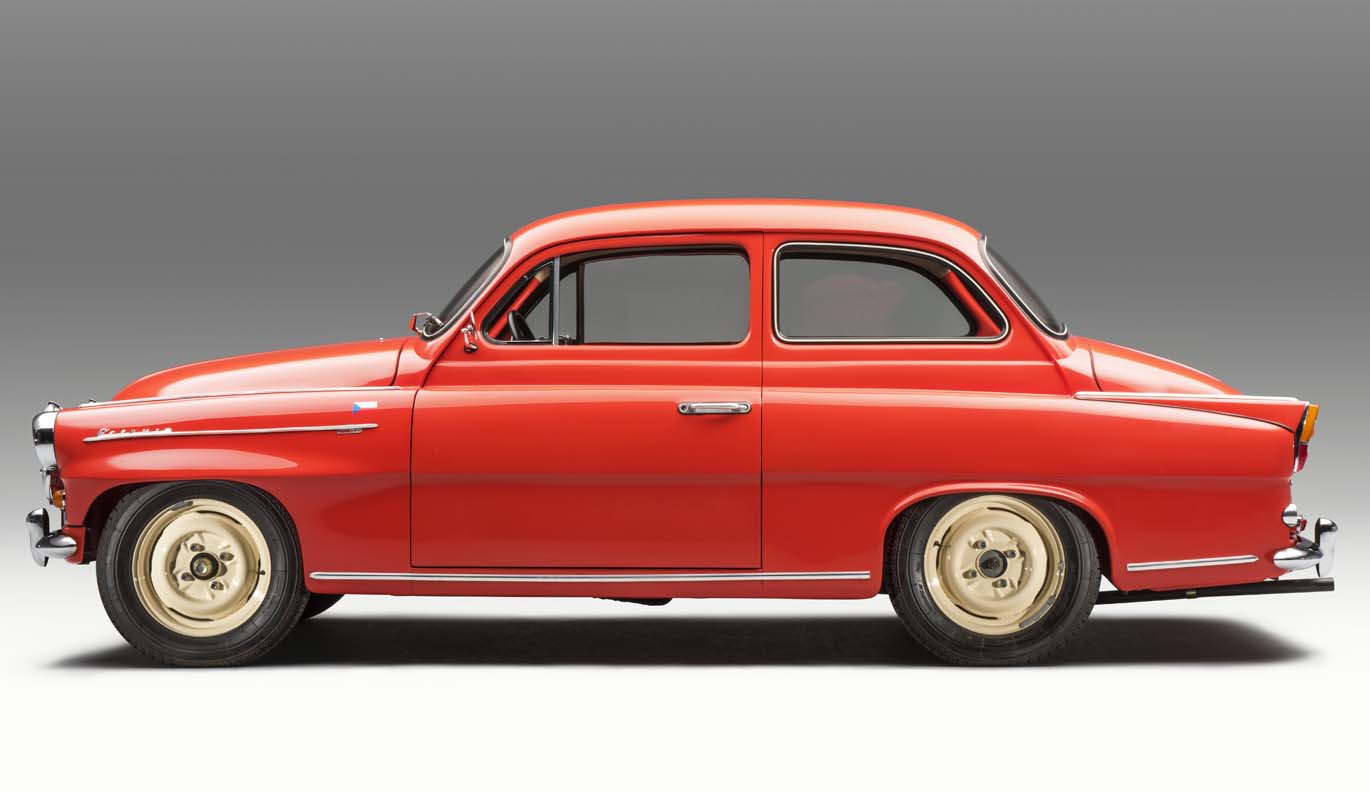