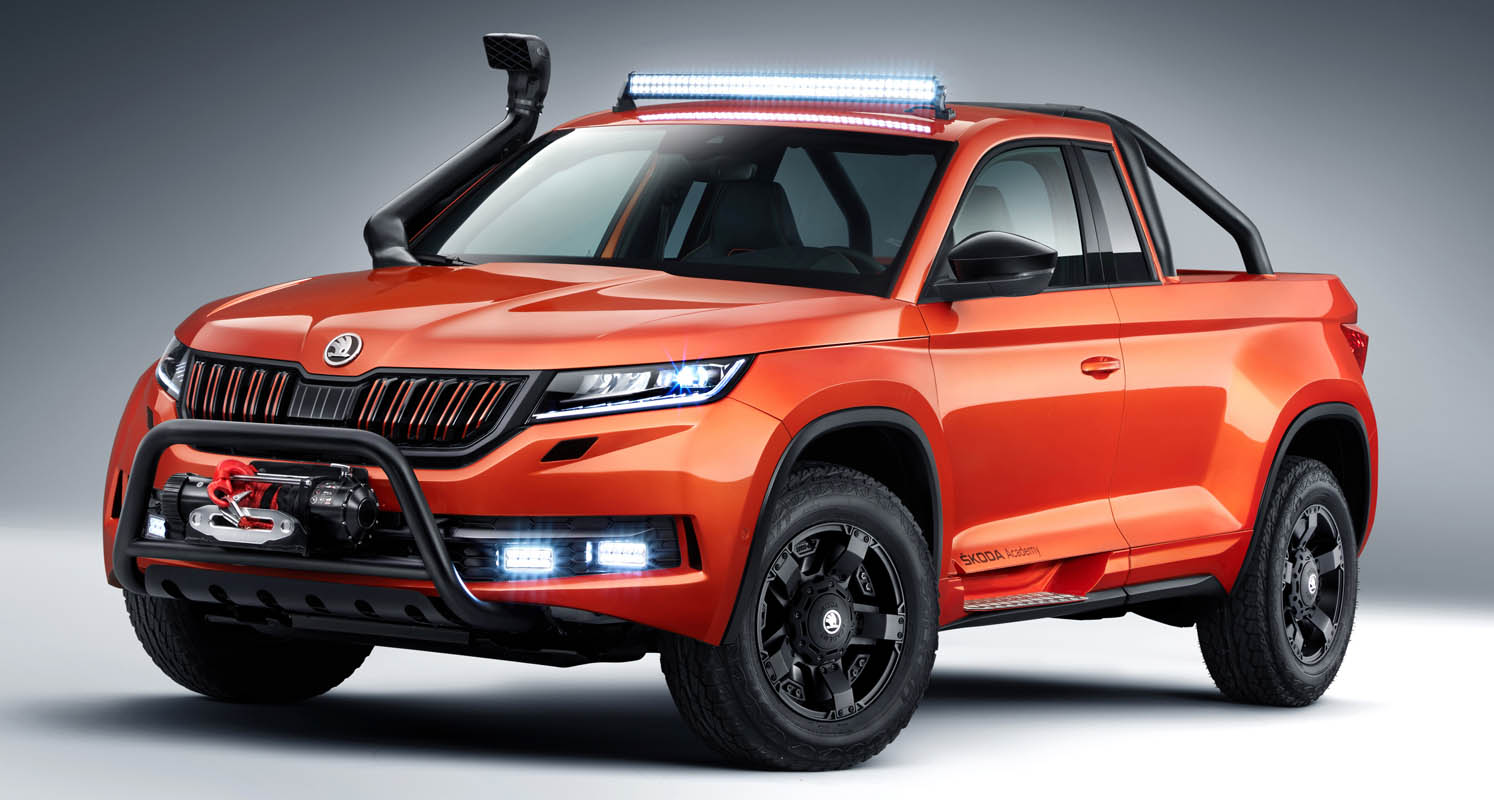 35 apprentices from the ŠKODA Vocational School have reached the pinnacle of their training year: following eight months of intense work, they presented a spectacular pickup based on the ŠKODA KODIAQ in the shape of the ŠKODA MOUNTIAQ. Sporting a specially designed Sunset Orange paint finish, this concept car impresses with numerous visual highlights such as a light bar on the roof and a distinctive front featuring a winch, bullbar and special lighting effects. For the sixth consecutive time, the project acts as a showcase for the apprentices’ technical skills.

A total of 35 ŠKODA apprentices from seven different career paths, among them six women, were involved in the development and production of the ŠKODA MOUNTIAQ. The sixth consecutive Student Car is a one-off and the remarkable result of months of work. During the course of the project, the apprentices were supported by their instructors as well as ŠKODA experts from the Design, Production and Technical Development departments.

As Carsten Brandes, Head of the ŠKODA Academy, points out, “Like its predecessor models, the ŠKODA MOUNTIAQ highlights the exceptional technical competence and craftsmanship of our students. Year after year, their work demonstrates the superior quality of the professional training at our vocational school.”

The name ŠKODA MOUNTIAQ conveys a spirit of adventure and off-road flair, combining the appeal of a contemporary lifestyle vehicle with the extraordinary everyday usability of a pickup. The rear of the spectacular concept car bears the ŠKODA wordmark in individual letters – a design element introduced in Europe with the new ŠKODA models SCALA and KAMIQ. 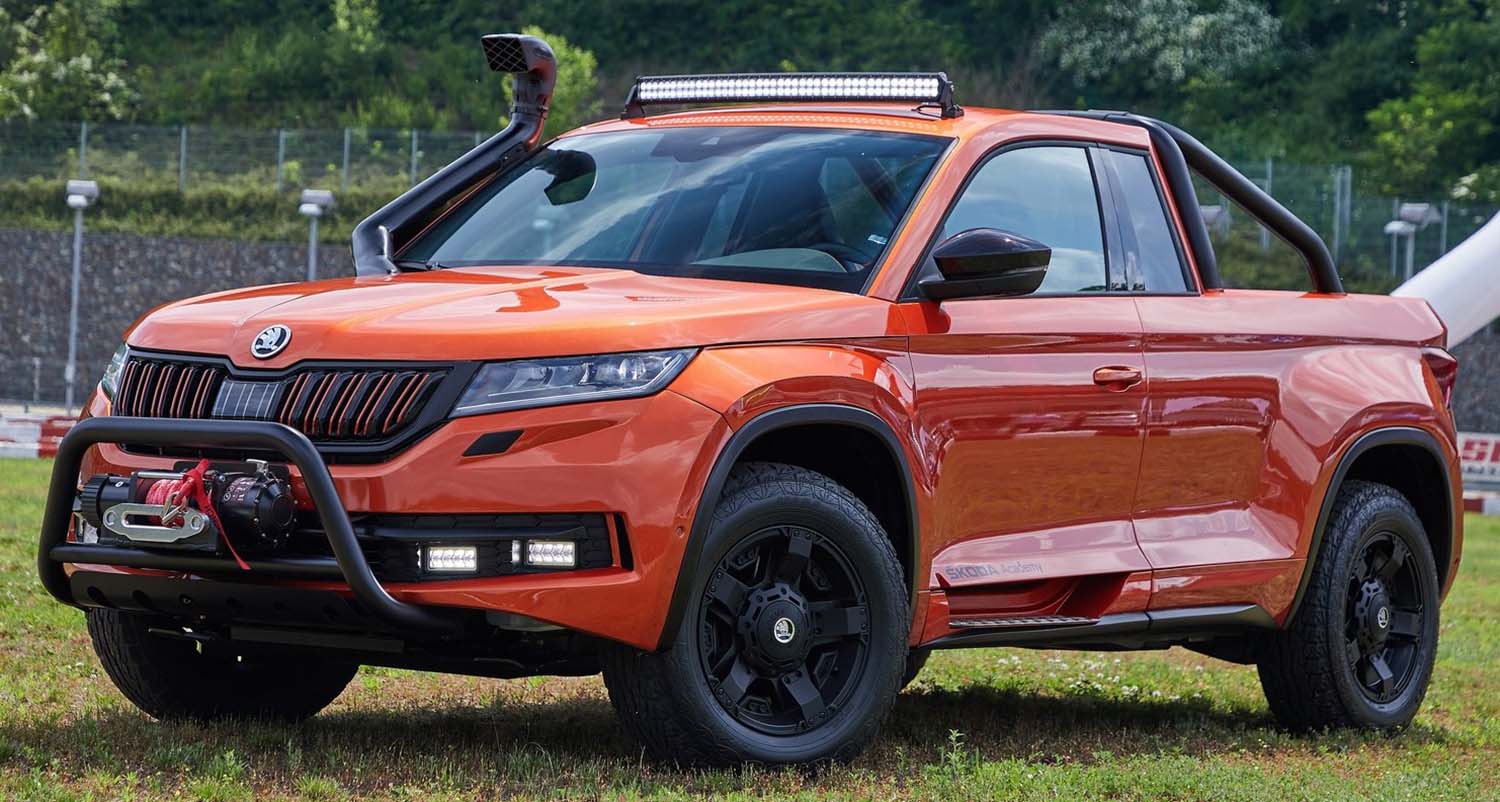 More than 2,000 hours of intense work over eight months

The apprentices started their work on the new Student Concept Car in autumn 2018. “Building the ŠKODA MOUNTIAQ with our own hands was a unique opportunity for all of us, as we were able to use our theoretical know-how in a practical context”, said Petr Zemanec. “We also benefited from the new connections we were able to establish with students on other career paths. We will never forget the over 2,000 hours of work we spent making our unique pickup.”

After the design was finalised, the actual production phase kicked off in January. Body and paint shop work took place simultaneously so the students could finish the vehicle in time for the May deadline. They began by reinforcing the body. Next, they removed the roof of the ŠKODA KODIAQ and fashioned a rear panel for the cab as well as a new rear window and side windows. The area behind the cab of the ŠKODA MOUNTIAQ features a load bed with a hidden storage compartment underneath. The students shortened and widened the doors, adjusting them to fit within the wider overall proportions of their vehicle. The appearance of the car was rounded off harmoniously by modified bumpers at the front and rear. Running boards on the door sills and the completely redesigned rear radiate rugged appeal and underline the MOUNTIAQ’s visual presence. One of the project’s greatest challenges for the students was the integration of a fully functional tailgate.

The ŠKODA MOUNTIAQ is the first Student Car based on the ŠKODA KODIAQ. It is 4,999 millimetres long, 2,005 millimetres wide and 1,710 millimetres tall. The wheelbase is 2,788 millimetres, and the vehicle weighs in at 2,450 kilograms. For enhanced off-road capabilities, the trainees increased their one-off model’s ground clearance by ten centimetres over that of the KODIAQ SCOUT, to a full 29 centimetres. They achieved this in part by fitting 17-inch Rockstar II wheels as well as special off-road tyres with a particularly deep tread. The new wheels also increased the MOUNTIAQ’s track width by three centimetres. A muscular 2.0 TSI petrol engine delivers ample 140 kW (190 PS) of power. 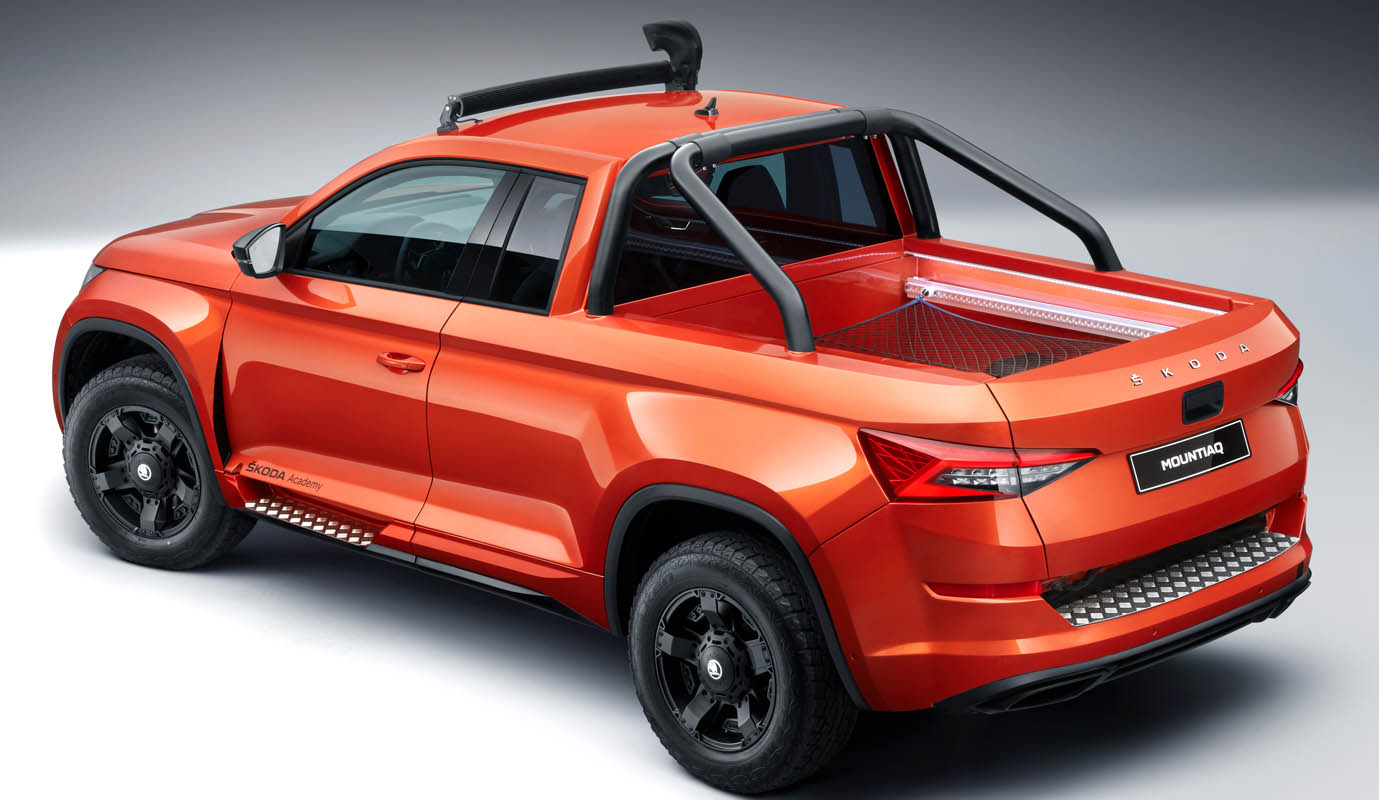 The student’s ŠKODA MOUNTIAQ, standing on rugged off-road wheels, is a real head-turner. With its raised air intake snorkel and the winch at the front, framed by a bullbar, the concept car immediately commands attention. The winch and its specially designed mount are built to withstand the most extreme stresses encountered in off-road use. The students displayed particular creativity in designing the lighting for the MOUNTIAQ. In addition to the illuminated load bed, the ŠKODA MOUNTIAQ’s radiator grille, brand logo on the bonnet and engine bay all feature lighting effects as well. The front doors project a ŠKODA logo onto the road, and the pickup’s front section sports new fog lights. Other standout design features are the unique light bar on the roof and the special Sunset Orange paint finish developed by the students.

As in previous years’ Student Concept Cars, the apprentices demonstrated their inventiveness by including ingenious small details such as a glowing ŠKODA logo in the roof lining, designed by themselves, along with an integrated refrigerator, 3D-printed wheel hub ornaments and two walkie-talkies that are part of the vehicle. A very special feature created by this year’s class is the logo the students designed for the ŠKODA MOUNTIAQ: a car in front of a mountain silhouette. Embroidered in orange on the front seats’ backrests, it picks up the hue of the exterior paint finish as well as the colours of the orange highlights on the steering wheel and shift lever.

As a genuine ŠKODA, the MOUNTIAQ – like every production model made by the brand – comes with signature Simply Clever ideas like the new integrated funnel for the windscreen washer tank. And the students added a very special sound system to the KODIAQ base model’s Columbus infotainment system: the 320-watt speakers are now complemented by a 2,000-watt amplifier and a 2,000-watt subwoofer. 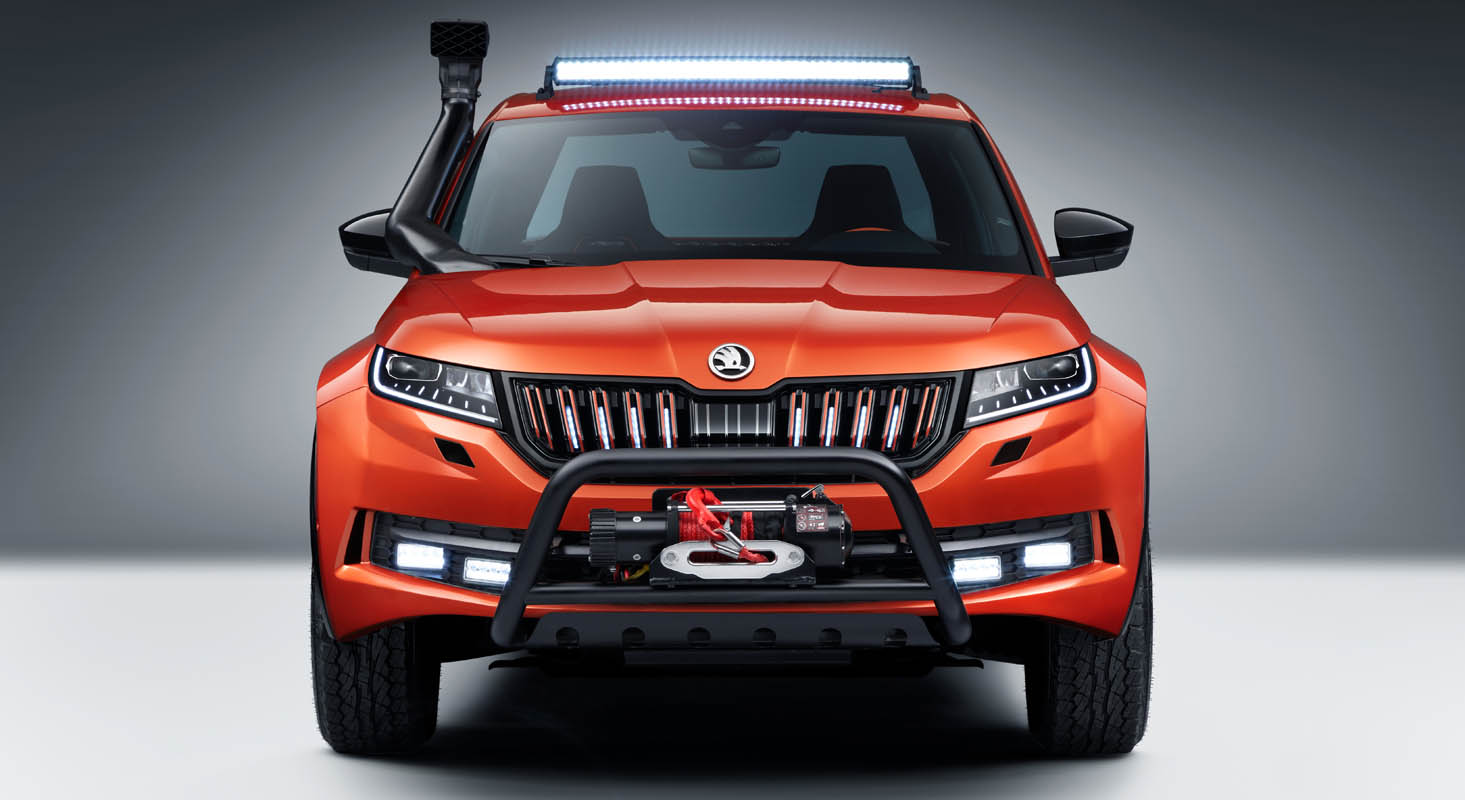 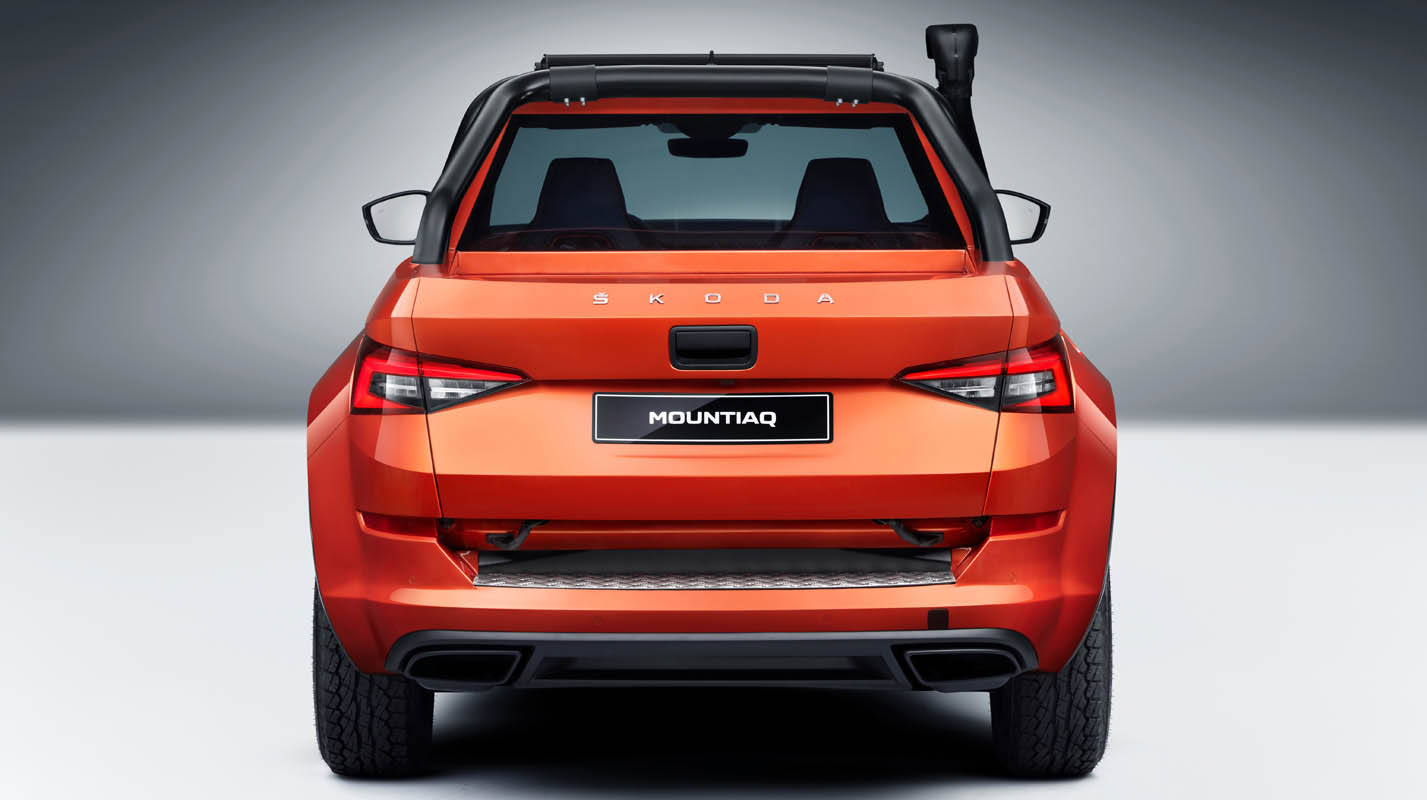 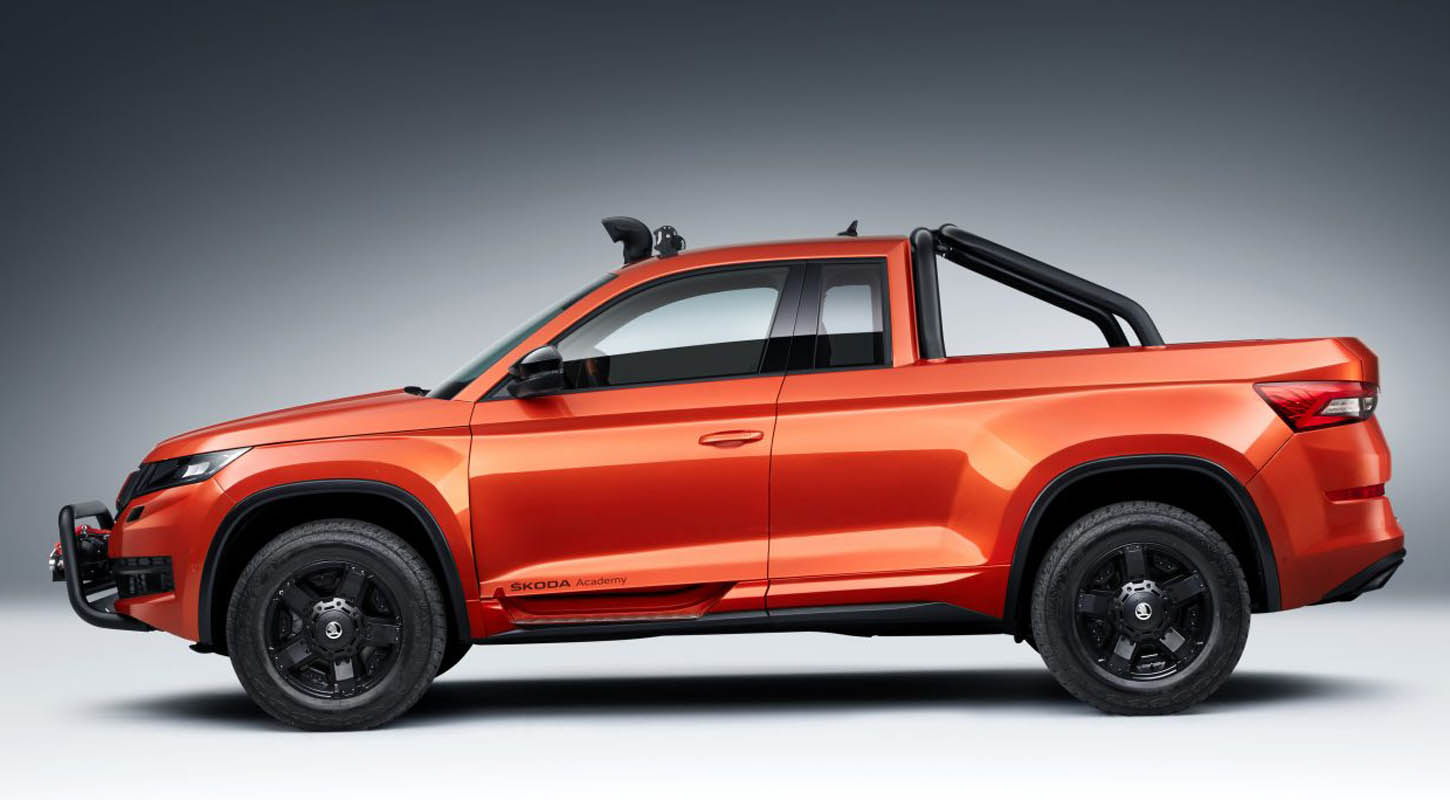 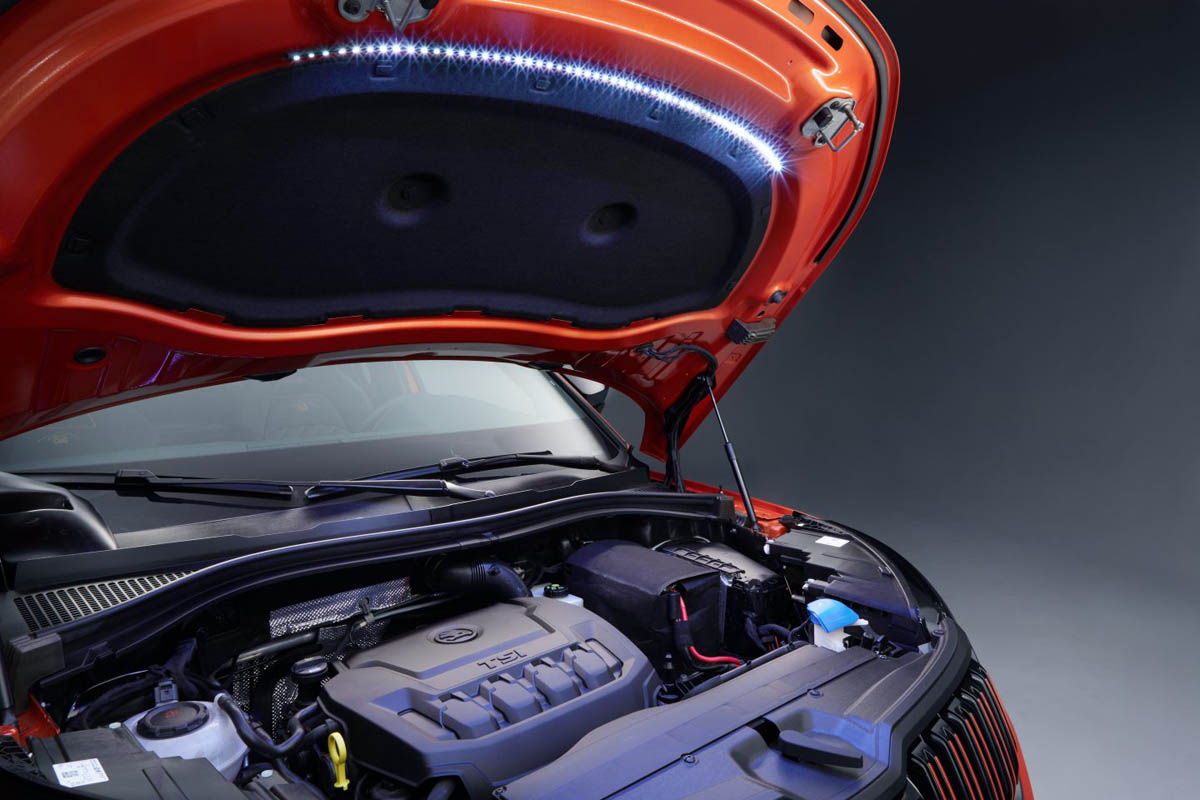 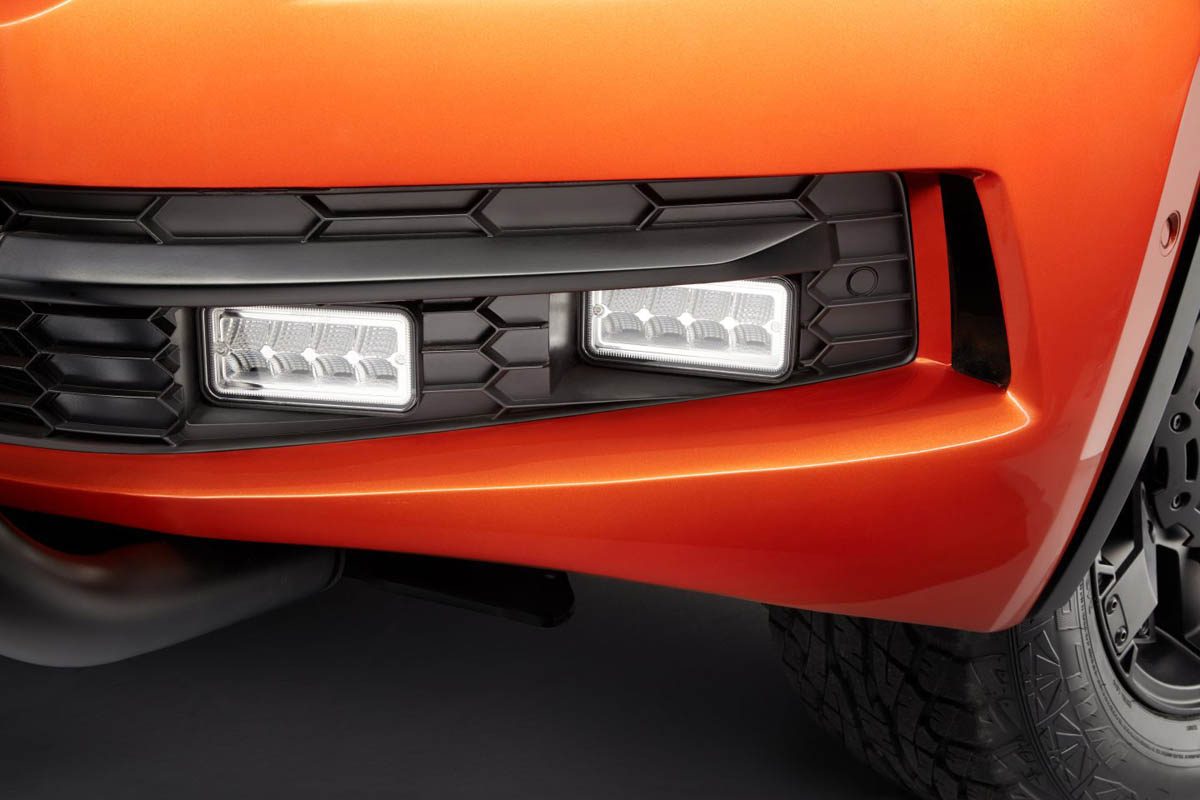 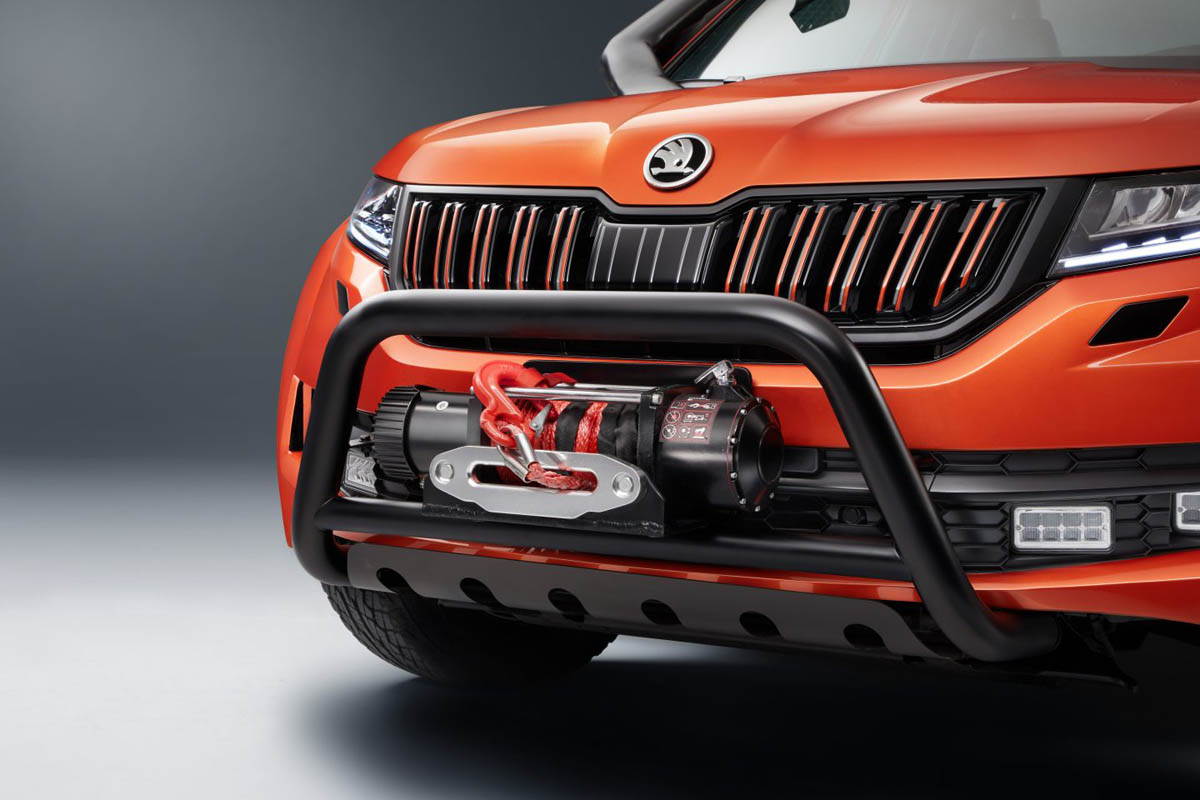 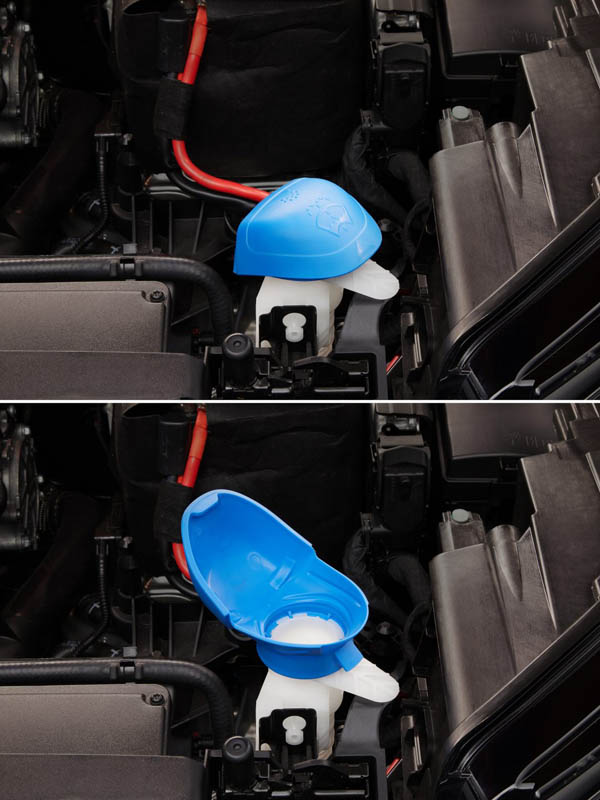 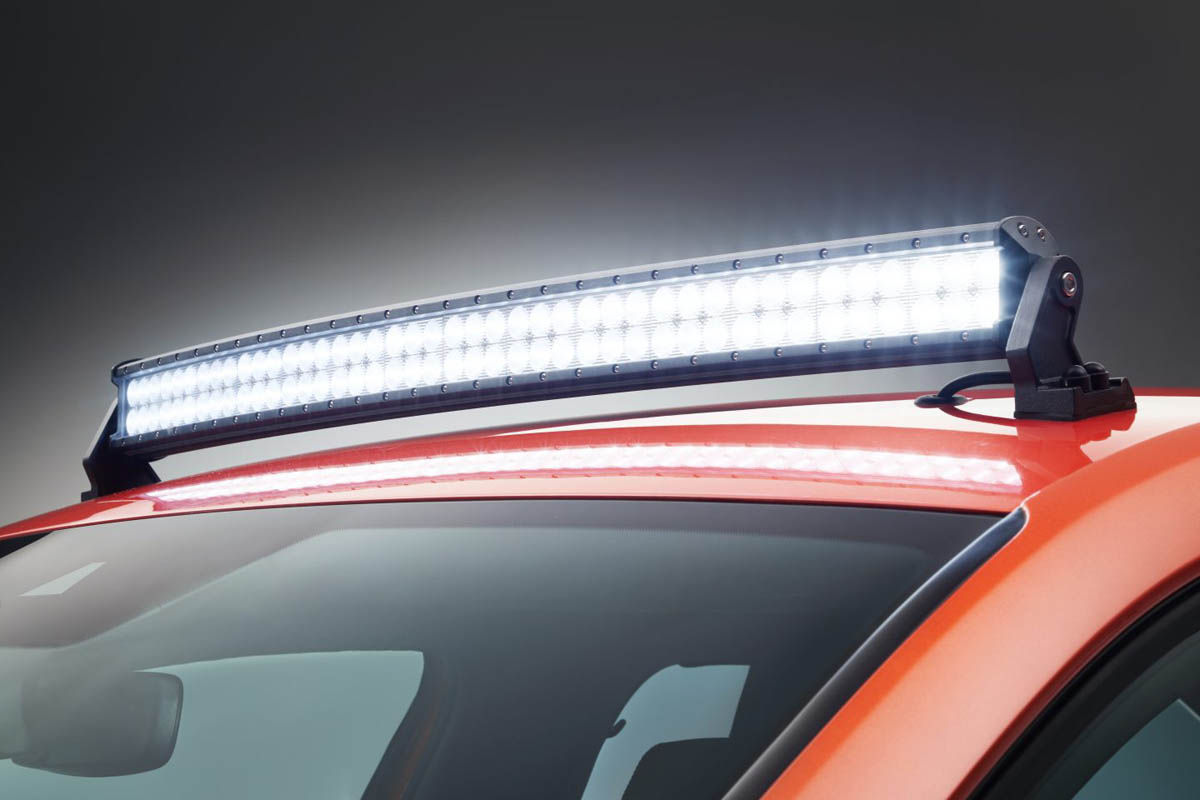 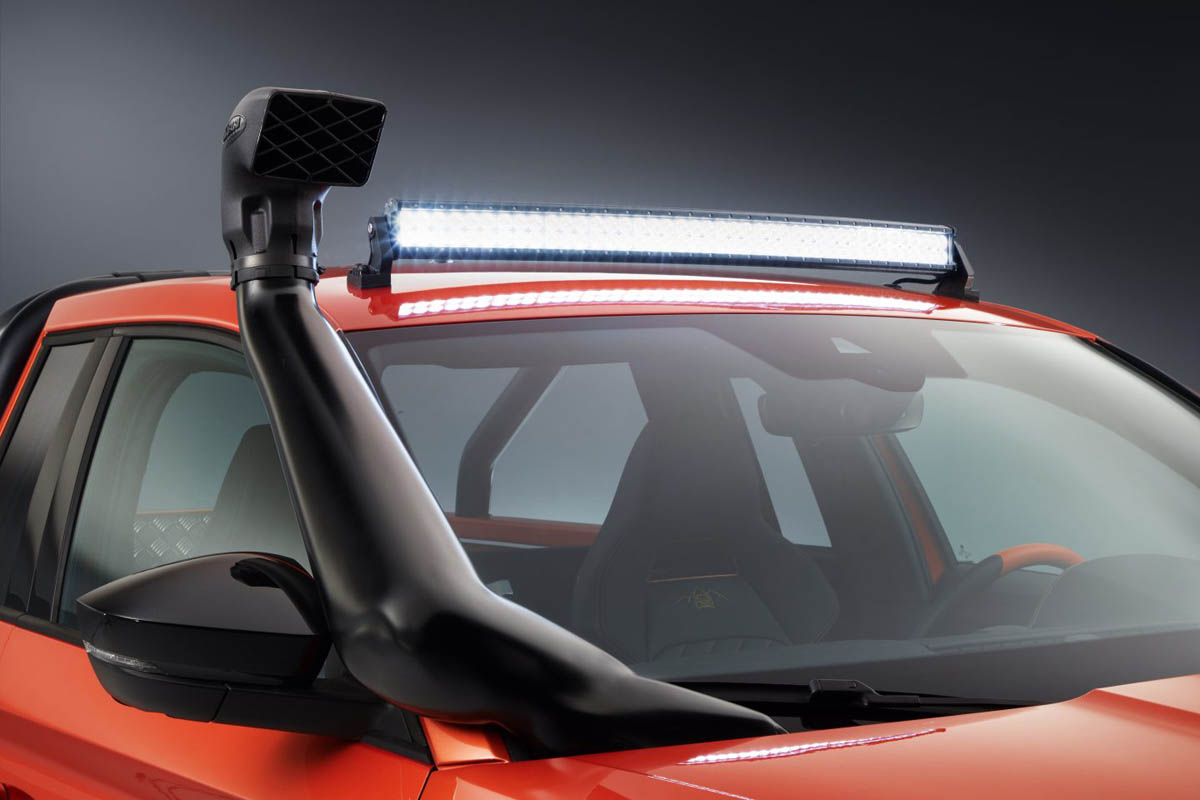 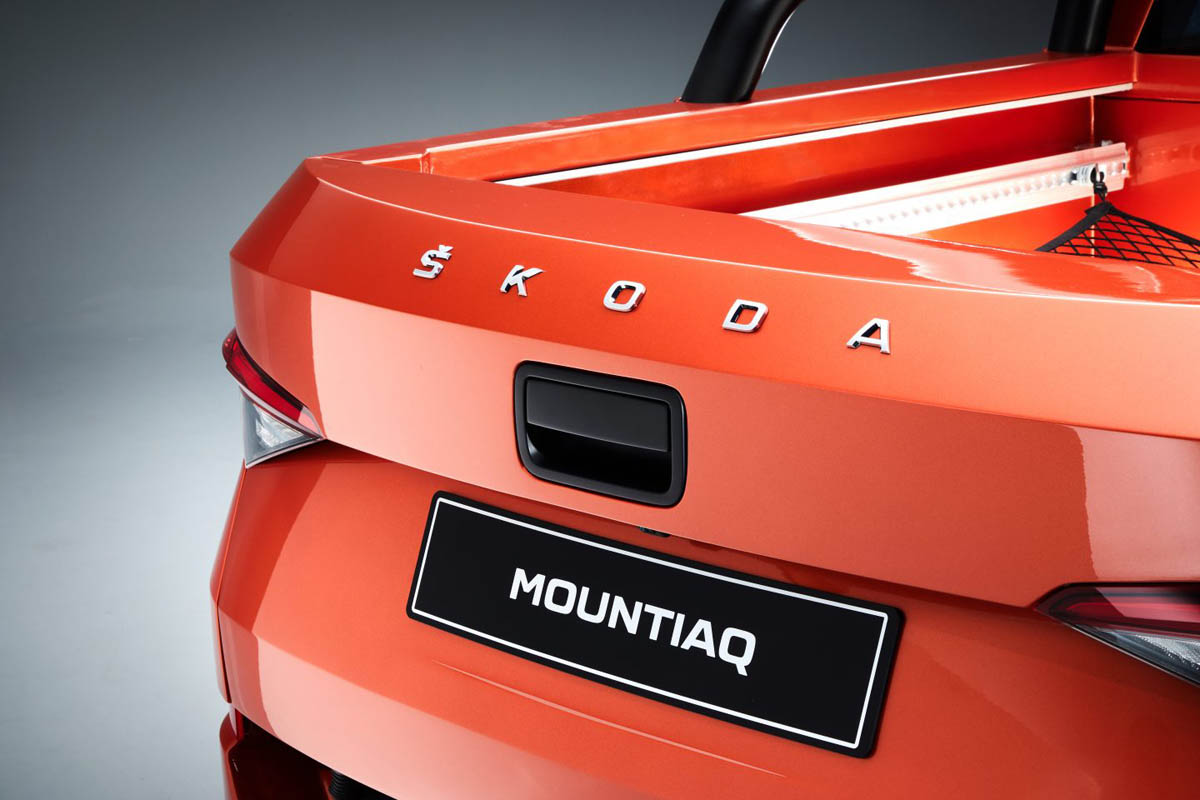 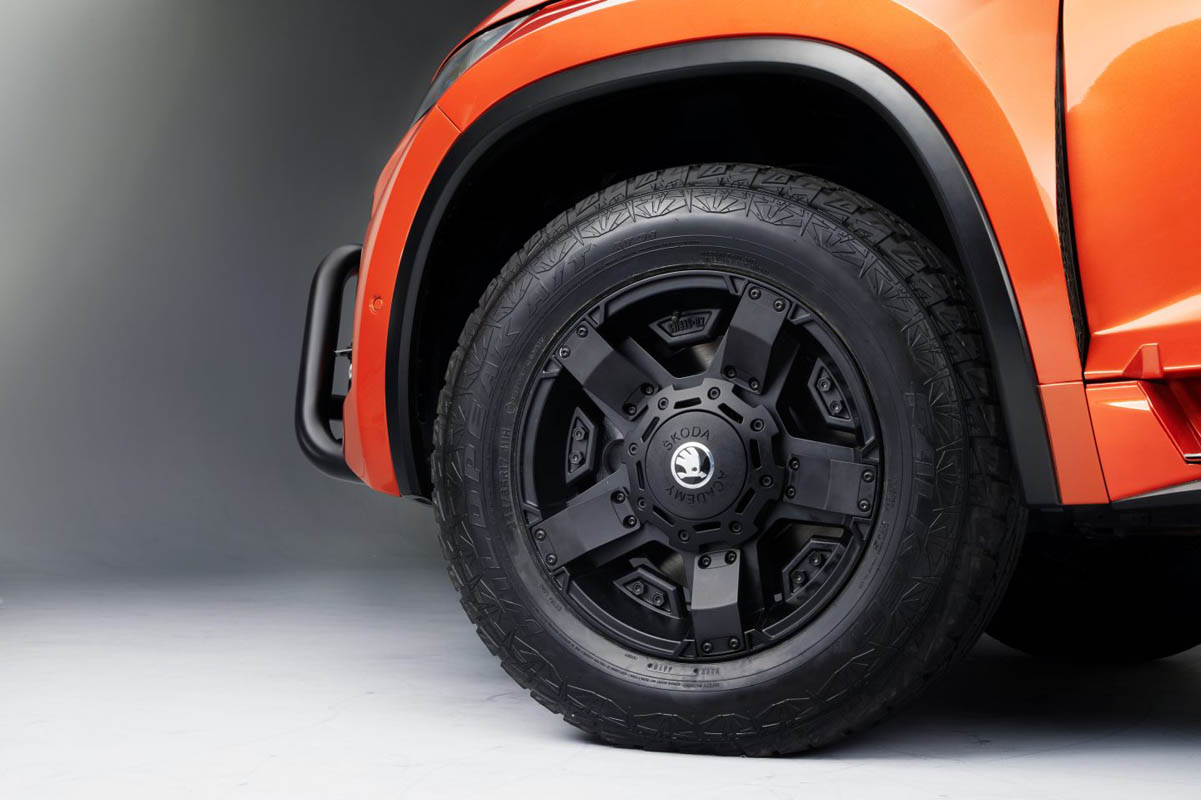 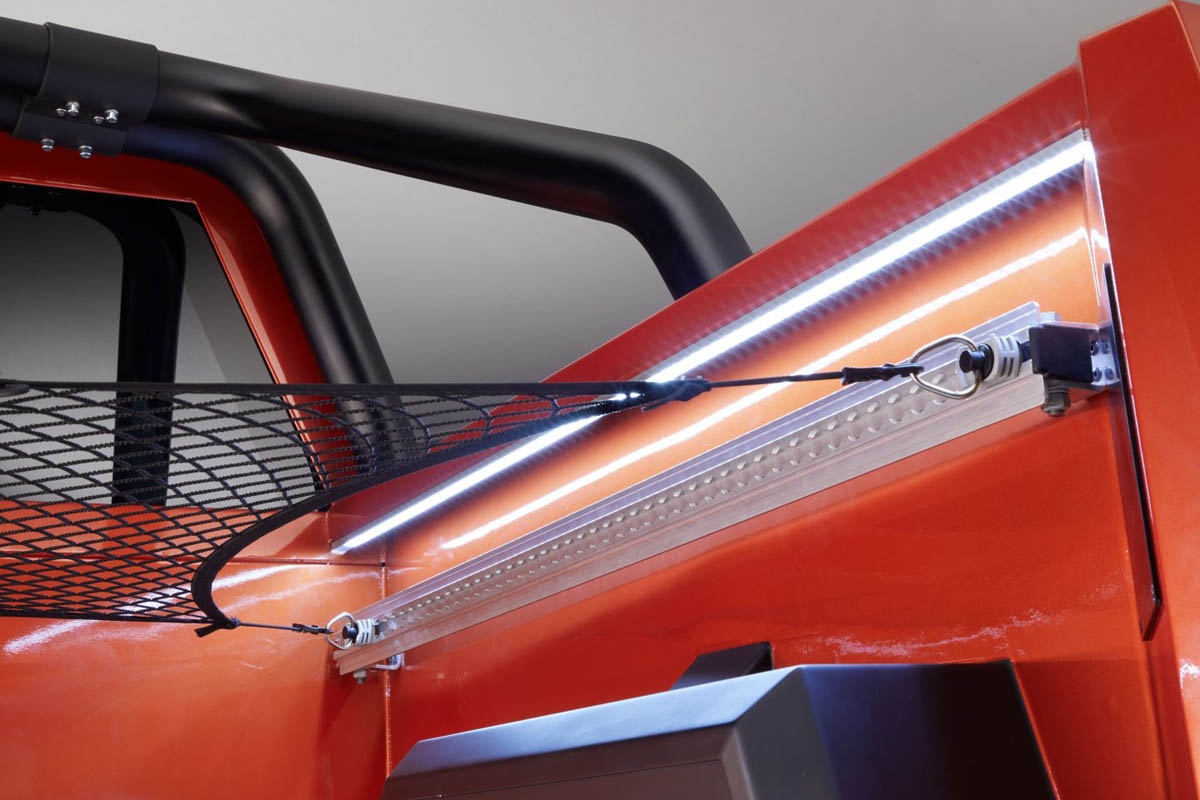 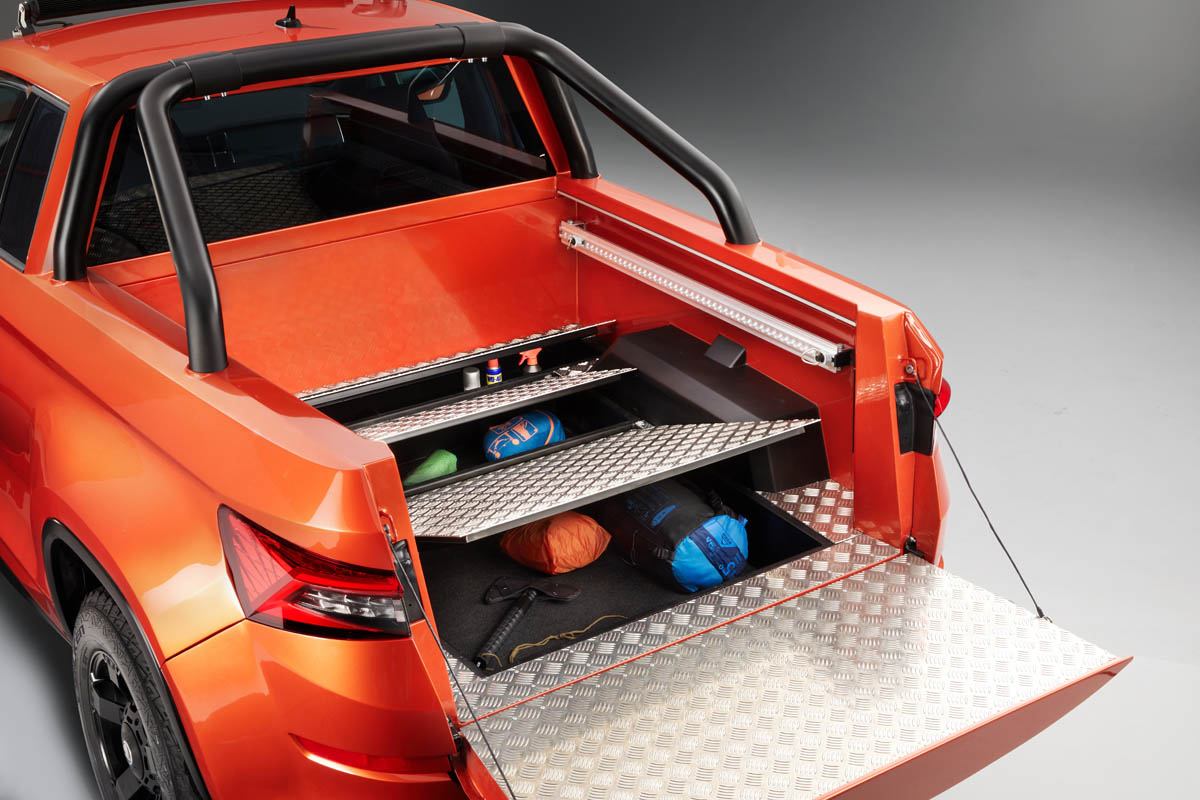 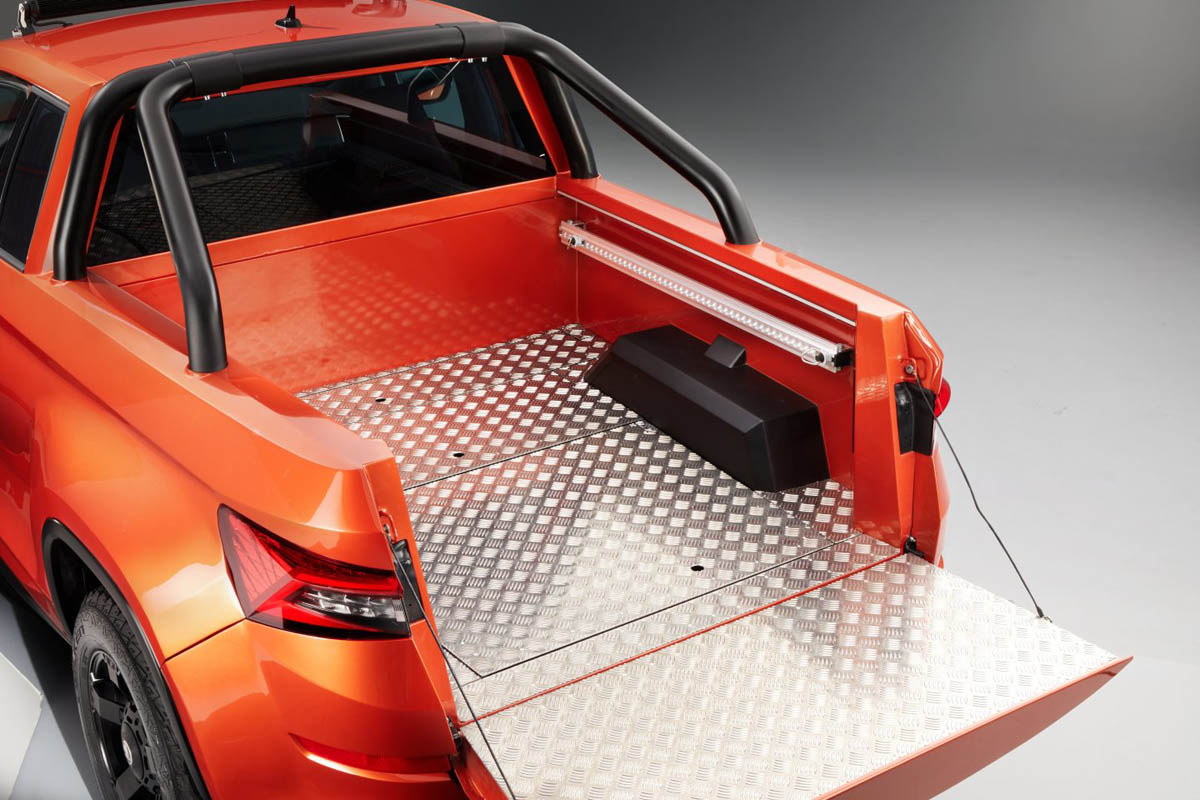 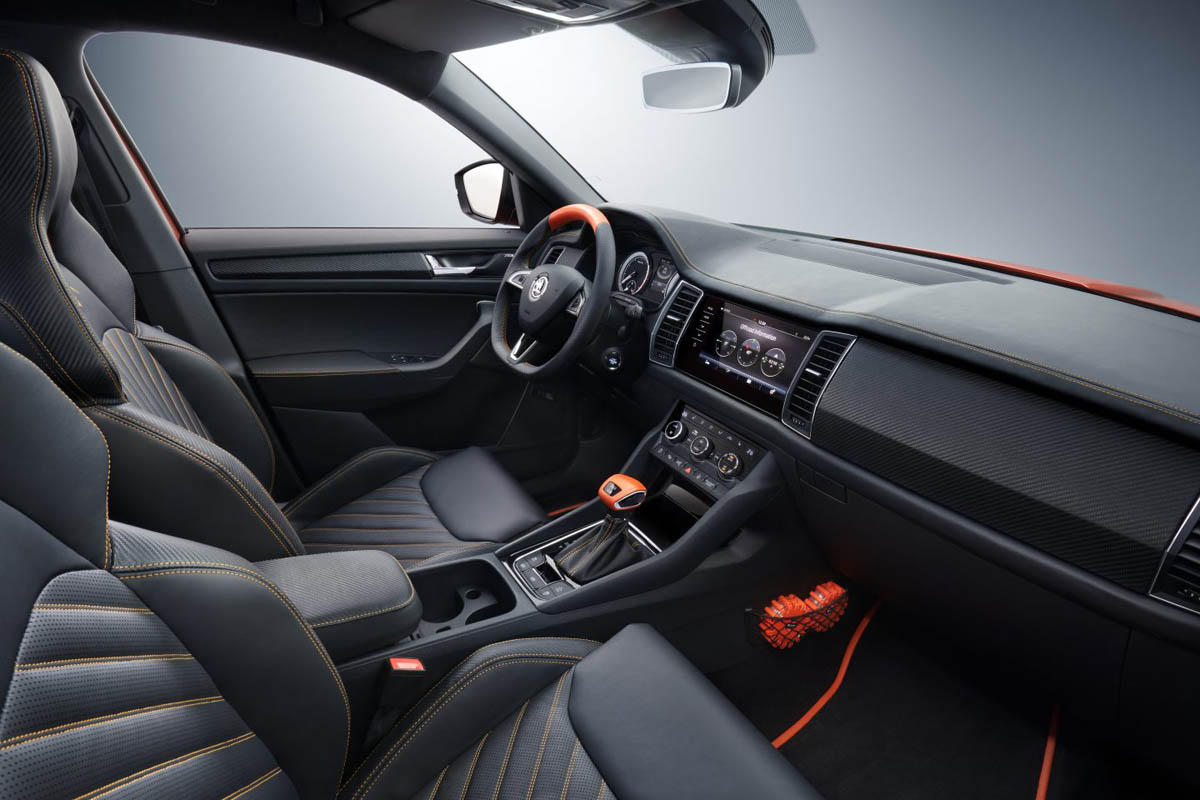