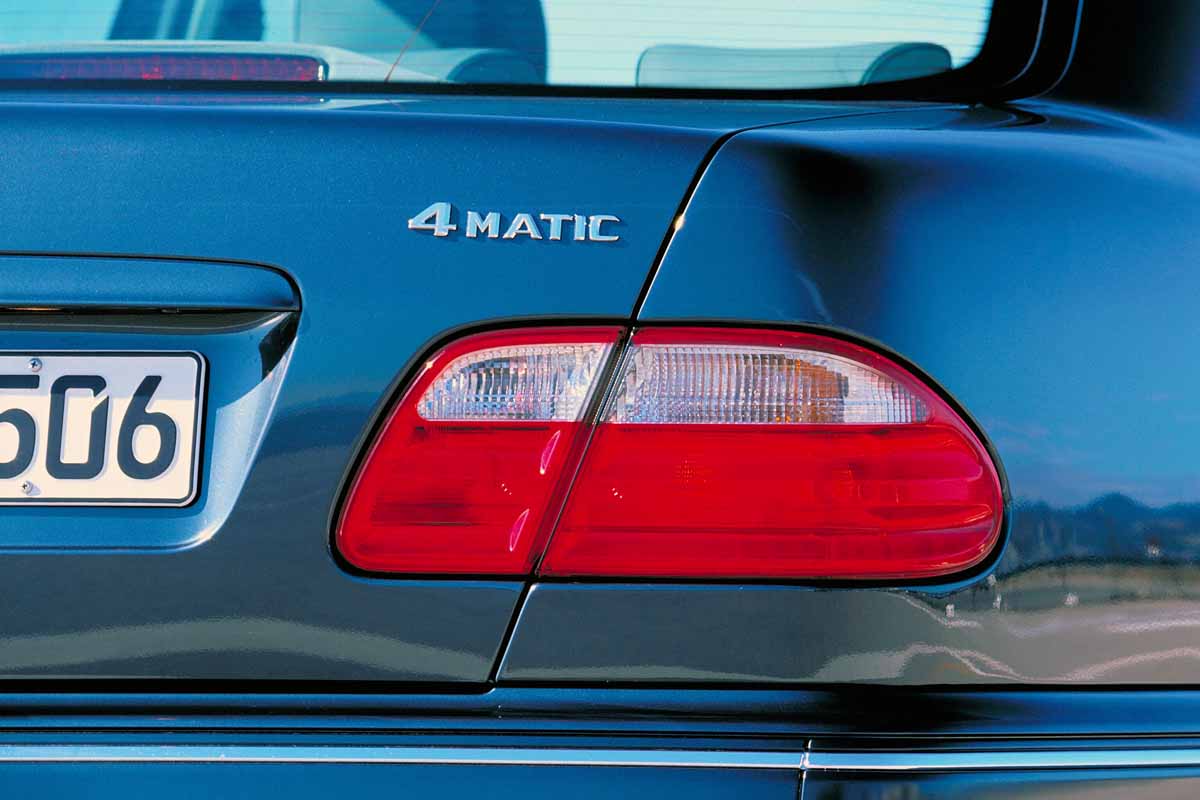 Even better handling in difficult road conditions is offered in winter 25 years ago by the innovative second-generation Mercedes-Benz 4MATIC. Instead of using conventional differential locks, the new 4MATIC relies on the 4ETS Electronic Traction System: it switches on automatically when at least one wheel spins on a slippery surface. The system then increases the brake pressure on this wheel until it rotates again in the specified ratio to the other wheels. Today, permanent all-wheel drive is established across all classes of the Mercedes-Benz passenger car range, from the all-electric EQA 300 4MATIC (power consumption combined: 17.4 kWh/100 km; combined CO₂ emissions: 0 g/km) to the new Mercedes-AMG SL 63 4MATIC+ (fuel consumption combined 12.7–11.8 l/100 km, CO₂ emissions combined 288–268 g/km).

This significantly further developed generation of all-wheel drive makes its debut 25 years ago in the E 280 4MATIC and E 320 4MATIC models of the E-Class 210 model series. Both are equipped with V6 engines of the newly developed M 112 model series with three-valve technology and dual ignition. These vehicles are presented to an international general public for the first time at the AutoRAI trade fair in Amsterdam from 6 to 16 February 1997. The E 280 4MATIC is available immediately after this premiere, with the market launch of the higher-displacement variant following in June 1997.

The new 4MATIC is not the first all-wheel drive from Mercedes-Benz. But it sets standards 25 years ago for the comfortable handling of passenger cars even under difficult winter conditions, such as icy and snowy roads. The trade journal “auto motor und sport” writes in its July 1997 issue about “almost foolproof driving stability, coupled with unrivalled traction on slippery surfaces”. Compared to the first 4MATIC, presented in 1985 in the upper mid-range 124 model series, which “only intervened when things got noticeably slippery”, the report positively highlights the permanent all-wheel drive strategy. Not only is this intended for critical road conditions, but also fundamentally improves driving behaviour in dynamic situations. The sales brochure for the 210 model series saloons says of the new 4MATIC: “The permanent all-wheel drive ensures […] excellent traction and driving stability when accelerating and especially when cornering.” This resulted in “easy handling, active driving safety, dynamics at the highest level and lots of driving pleasure”.

The history of Mercedes-Benz vehicles with all-wheel drive goes back to the early years of the 20th century. The “Illustrirte Zeitung” wrote in retrospect in 1917 about Paul Daimler, then technical director of the Österreichische Daimler-Motoren-Gesellschaft in Wiener Neustadt, who “in 1903 […] laid the foundations for four-wheel drive design”. After the first vehicles for the Austrian and Prussian military in the years 1905 to 1907, Daimler-Motoren-Gesellschaft built the “Dernburg-Wagen” in 1907, the first passenger car ever with all-wheel drive and all-wheel steering, which was delivered to German South West Africa in 1908. Benz & Cie. also produced various all-wheel drive prototypes during this period. The first market-ready Benz car with four-wheel drive was the VRL off-road vehicle, which was, of course, only built as a one-off around 1920.

The success story of all-wheel-drive passenger cars and commercial vehicles for civilian use really picks up speed after the Second World War. An early highlight is above all the “Universal-Motor-Gerät” (“universal motor device”), the Unimog, which was presented to the public in 1948. This all-wheel-drive all-rounder is still asserting itself in numerous applications today. The first Mercedes-Benz all-wheel-drive truck after the end of the war is the LA 3500 from 1950. The innovative MBtrac agricultural tractor follows in 1972, 50 years ago.

Also in 1972, development began on the brandʼs all-wheel-drive classic par excellence – the Mercedes-Benz G-Class. In 1979, the first models of the off-road vehicle family were launched on the market. The vehicles are built in Graz by Geländefahrzeuggesellschaft mbH, a joint venture of the then Daimler-Benz AG and Steyr-Daimler-Puch.

Even the first generation of the 4MATIC is a milestone in Mercedes-Benz chassis development. It is presented at the International Motor Show (IAA) in Frankfurt am Main in September 1985. The automatically engaging four-wheel drive has its premiere in the saloons and estates with six-cylinder engines of the 124 model series, the 260 E 4MATIC and 300 E 4MATIC models. These all-wheel-drive variants of the later first E-Class are delivered from 1987. By this time, the model range has been extended to include the 300 D 4MATIC and 300 D Turbo 4MATIC. The 4MATIC is the most technically complex system of the “Mercedes-Benz Driving Dynamics Concept” introduced in 1985, which also includes the Automatic Locking Differential (ASD) and the Traction Control System (TCS).

The vehicles presented 25 years ago with the second generation of 4MATIC are developed and produced in cooperation with Steyr-Daimler-Puch Fahrzeugtechnik AG & Co. KG (SFT) in Graz. The scope of production at SFT includes the adaptation of the bodyshell, painting with water-based paint technology and complete vehicle assembly. The body in white, engine, transmission, rear axle and interior are supplied by Mercedes-Benz, while the components specific to the all-wheel drive come from SFT. 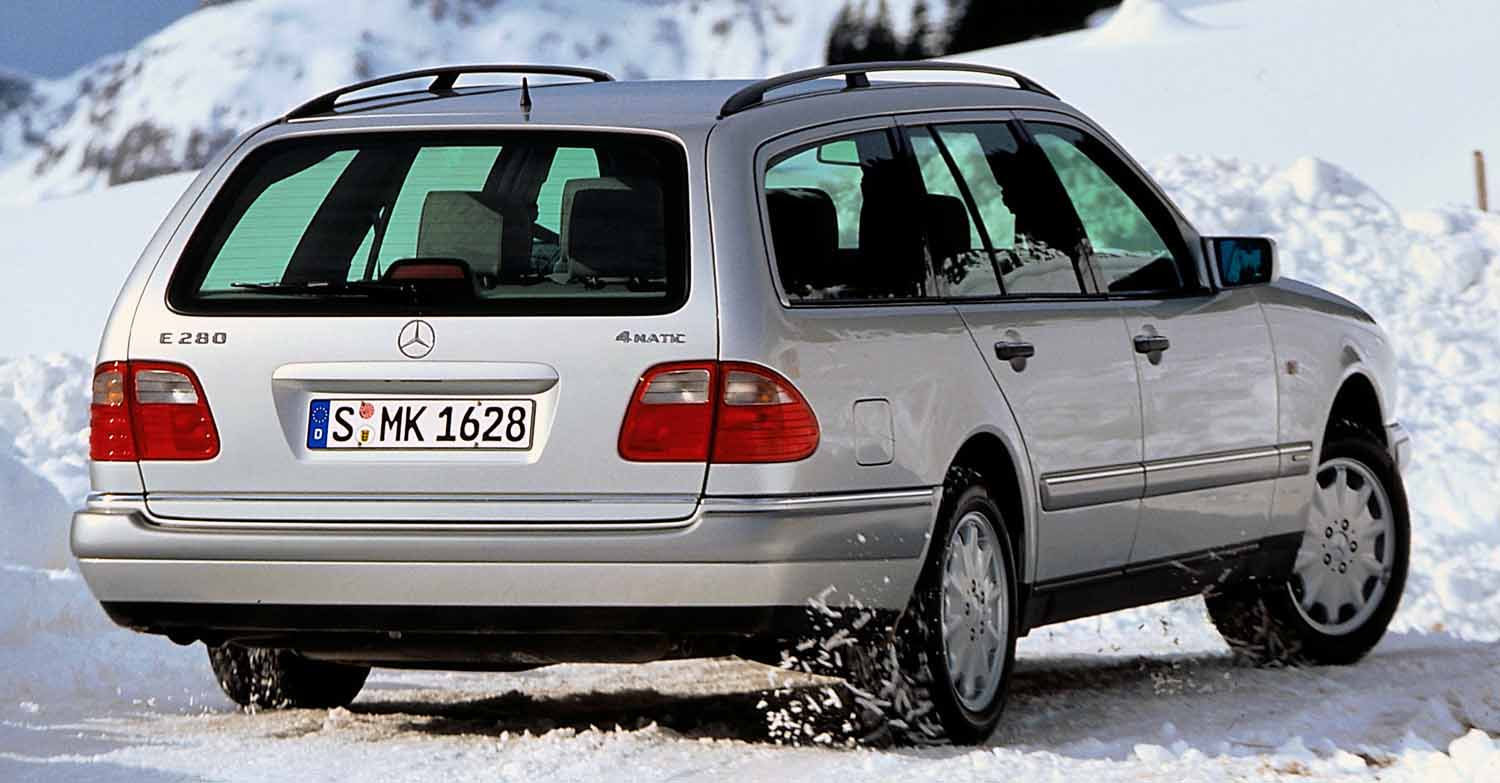 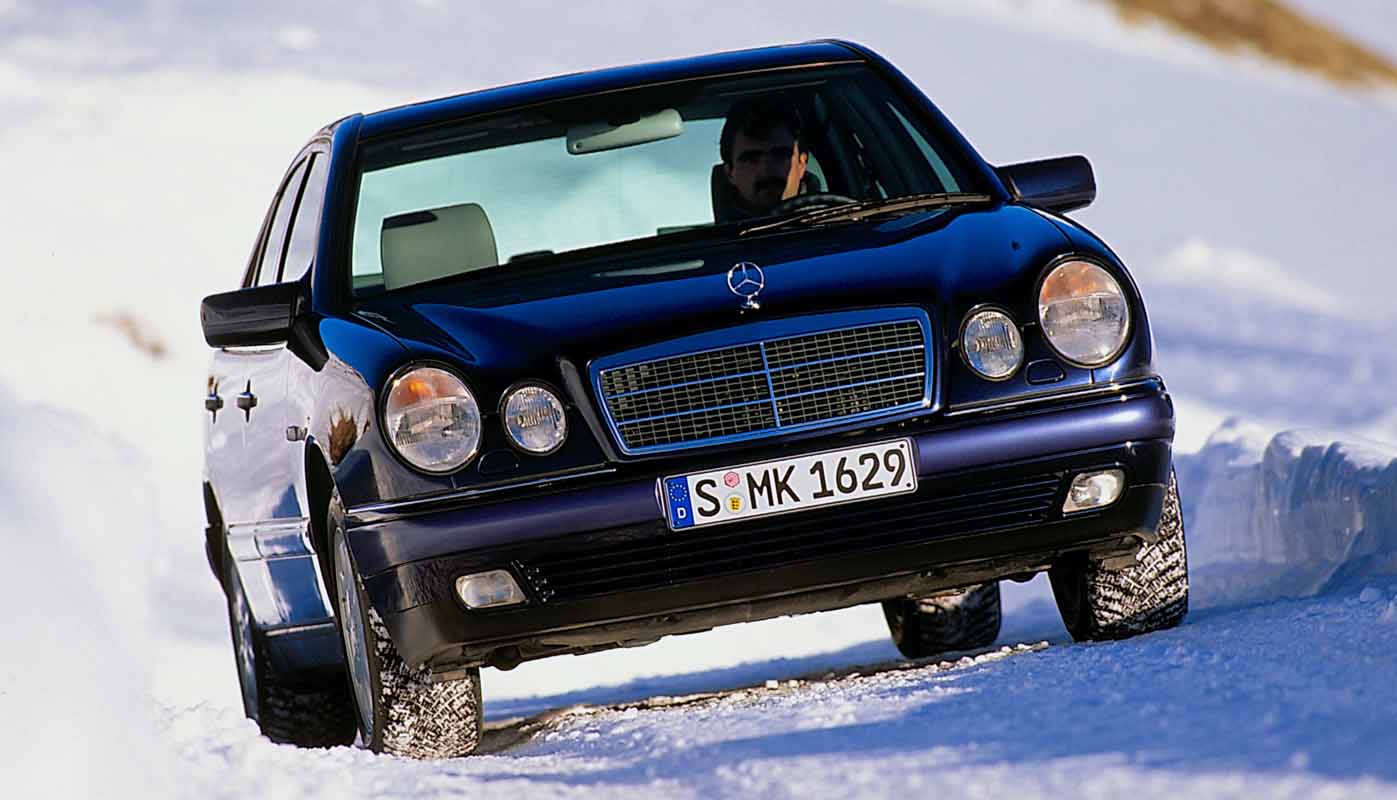 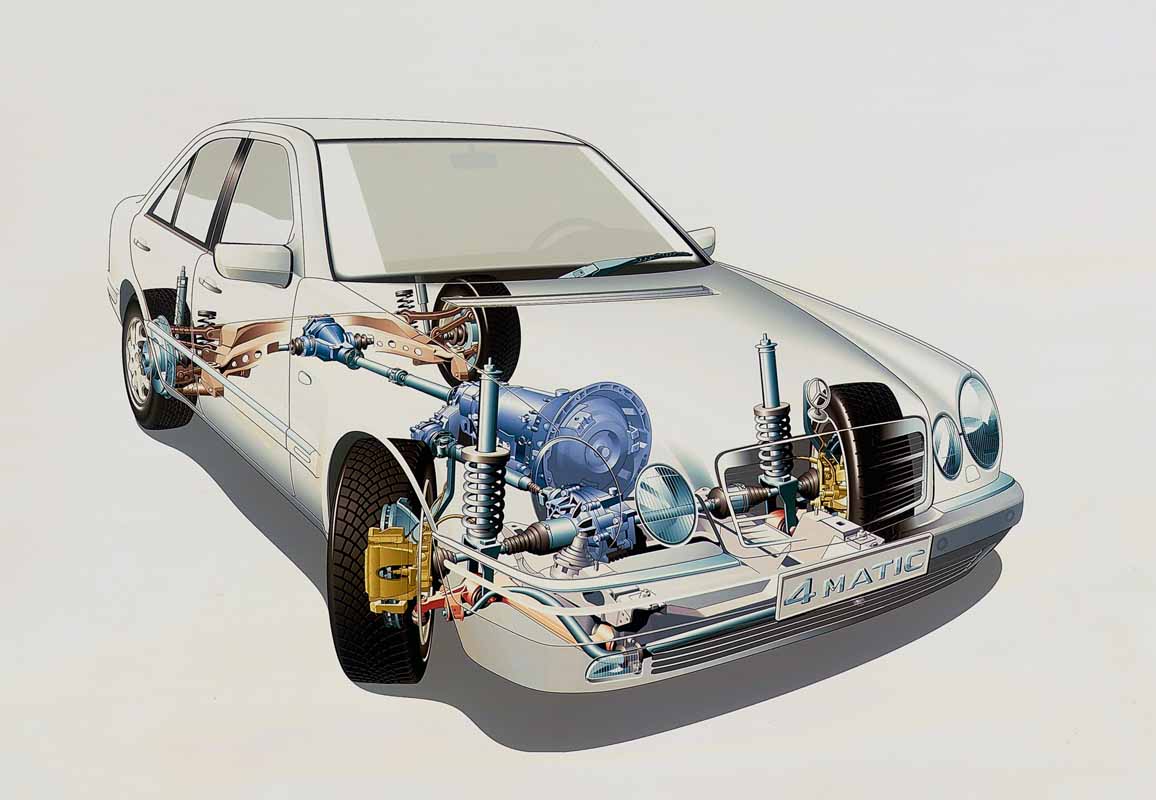 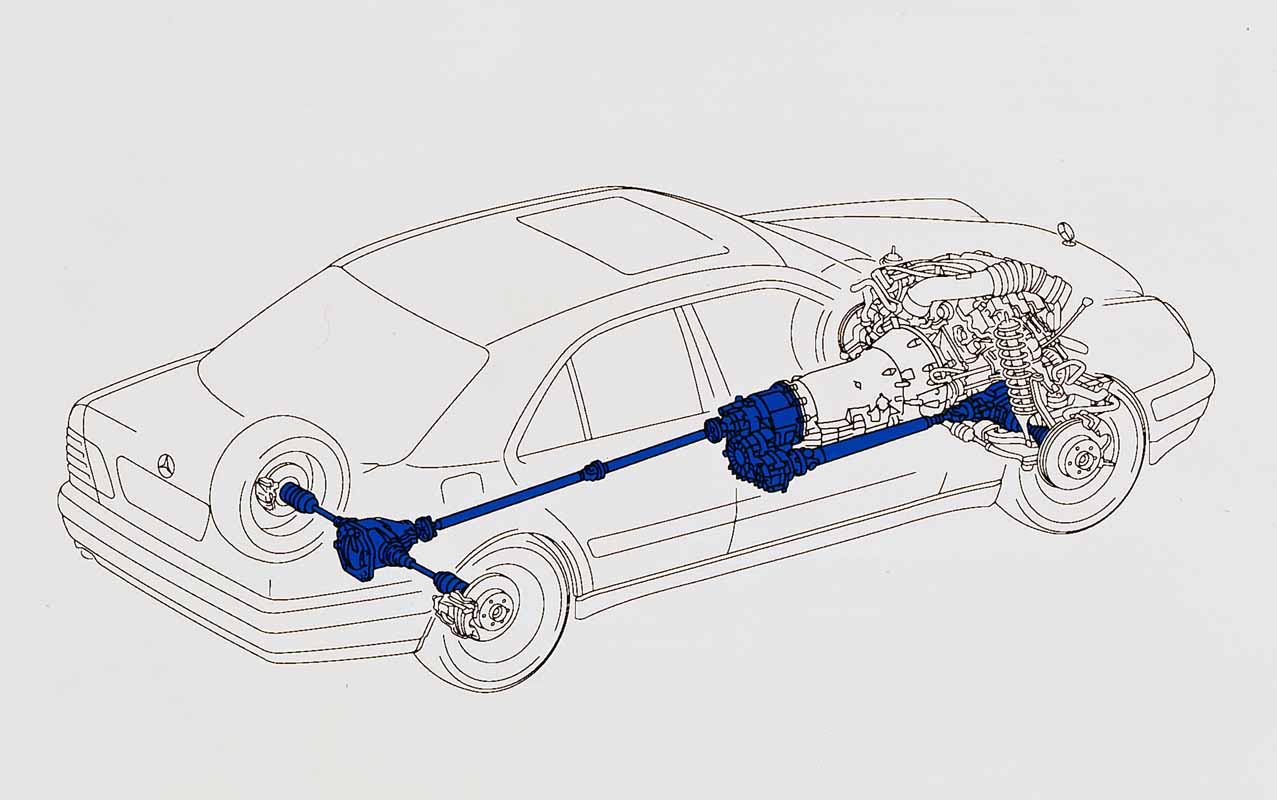 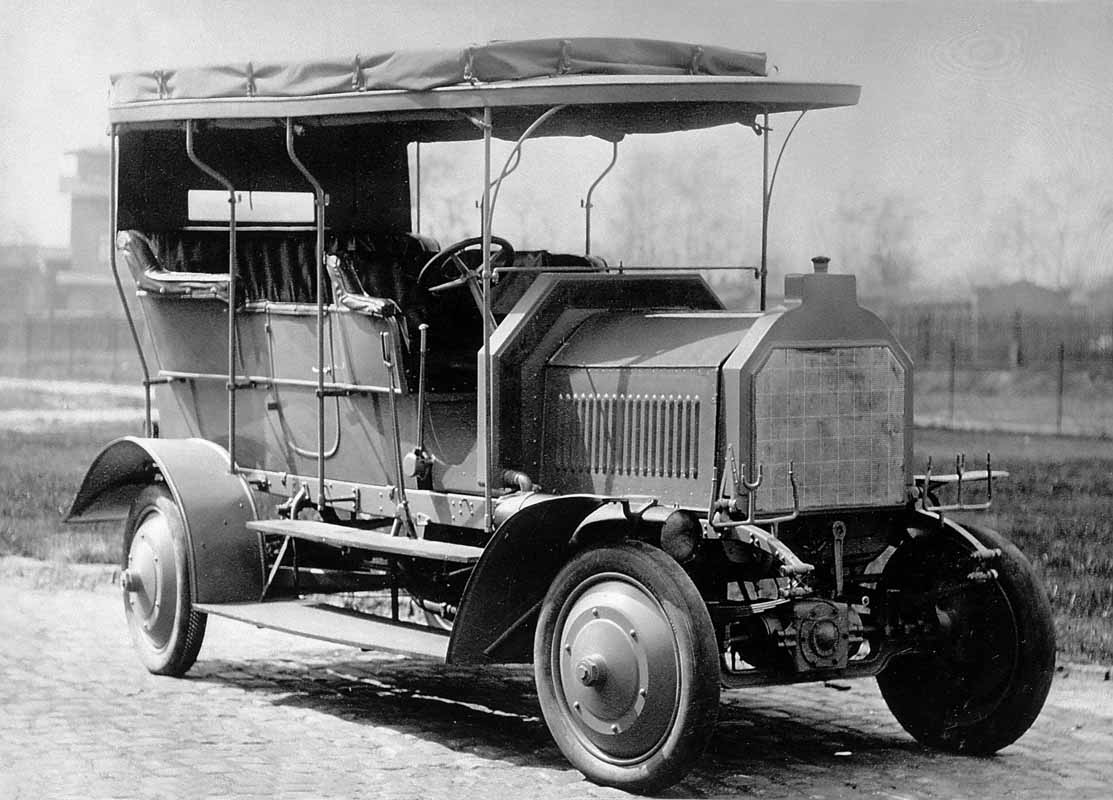 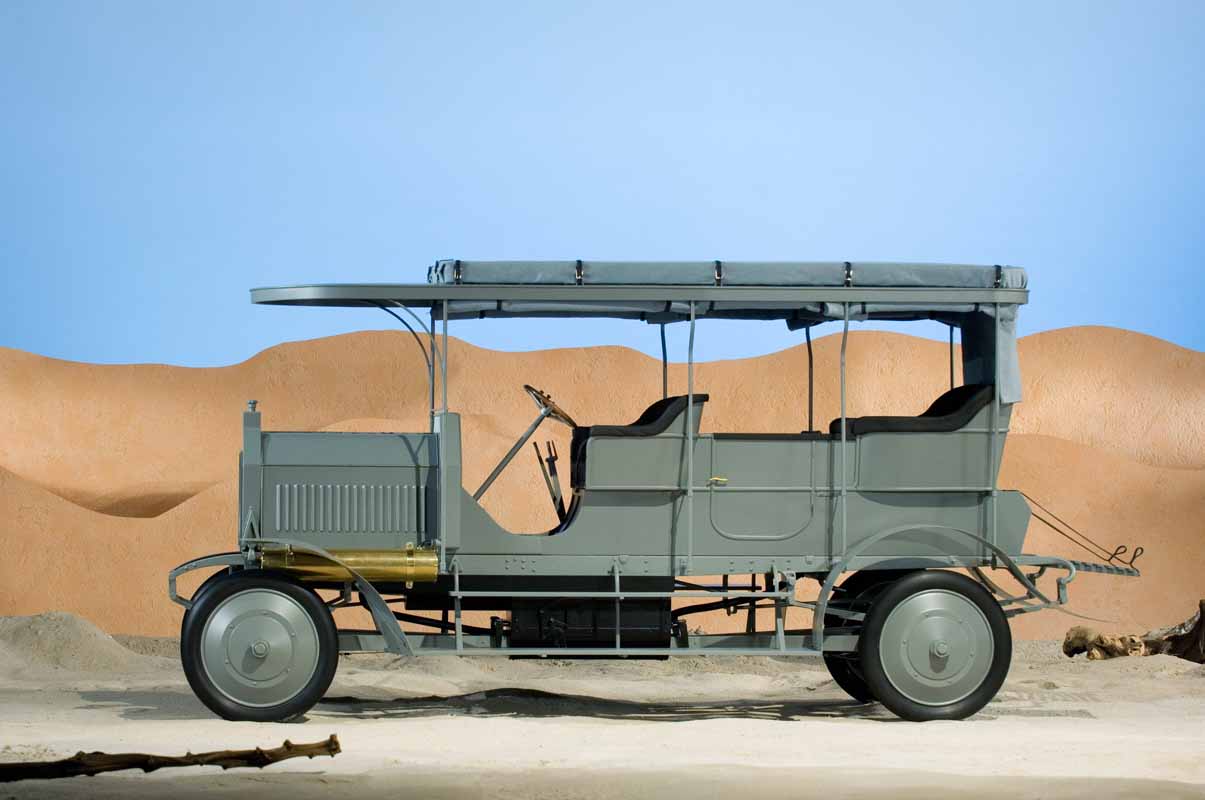 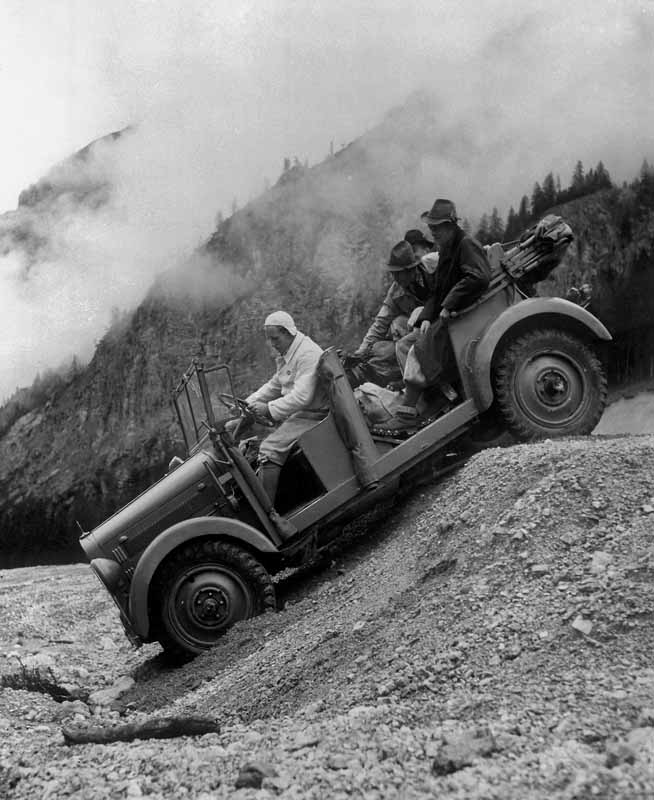 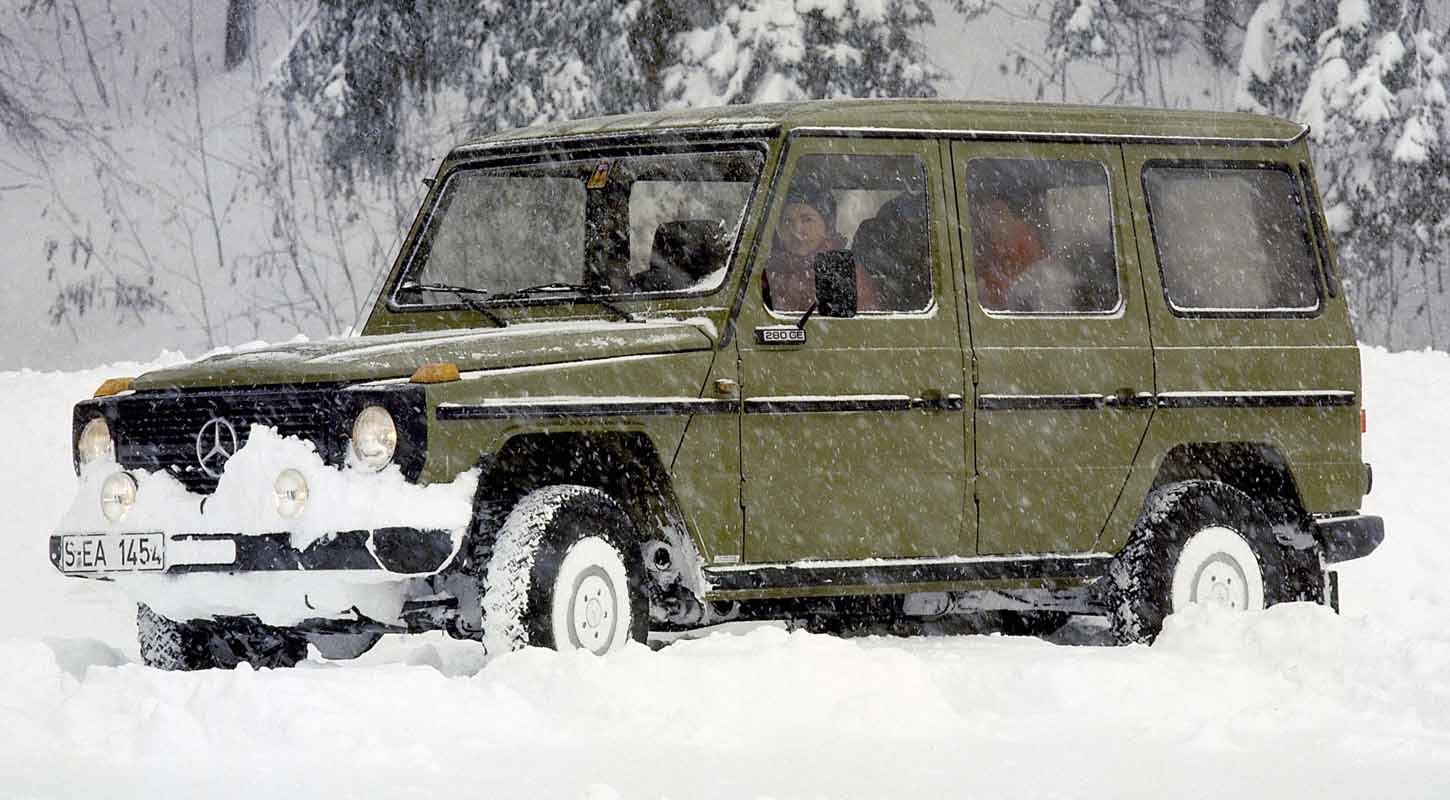 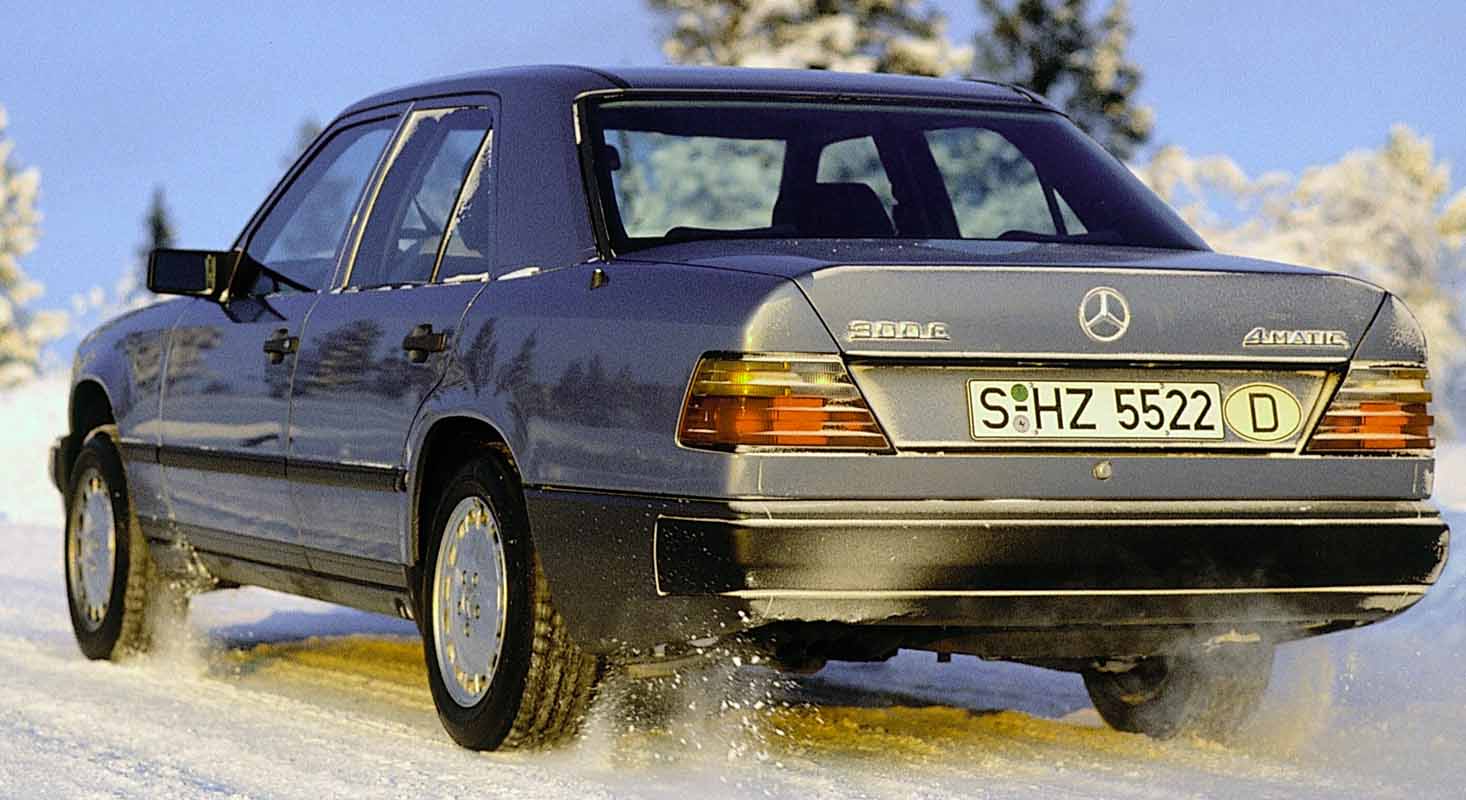 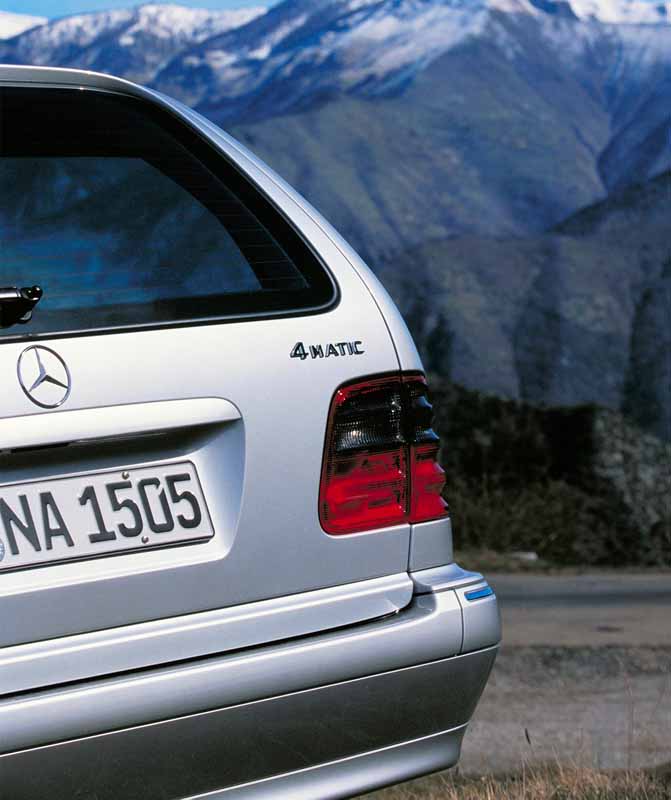 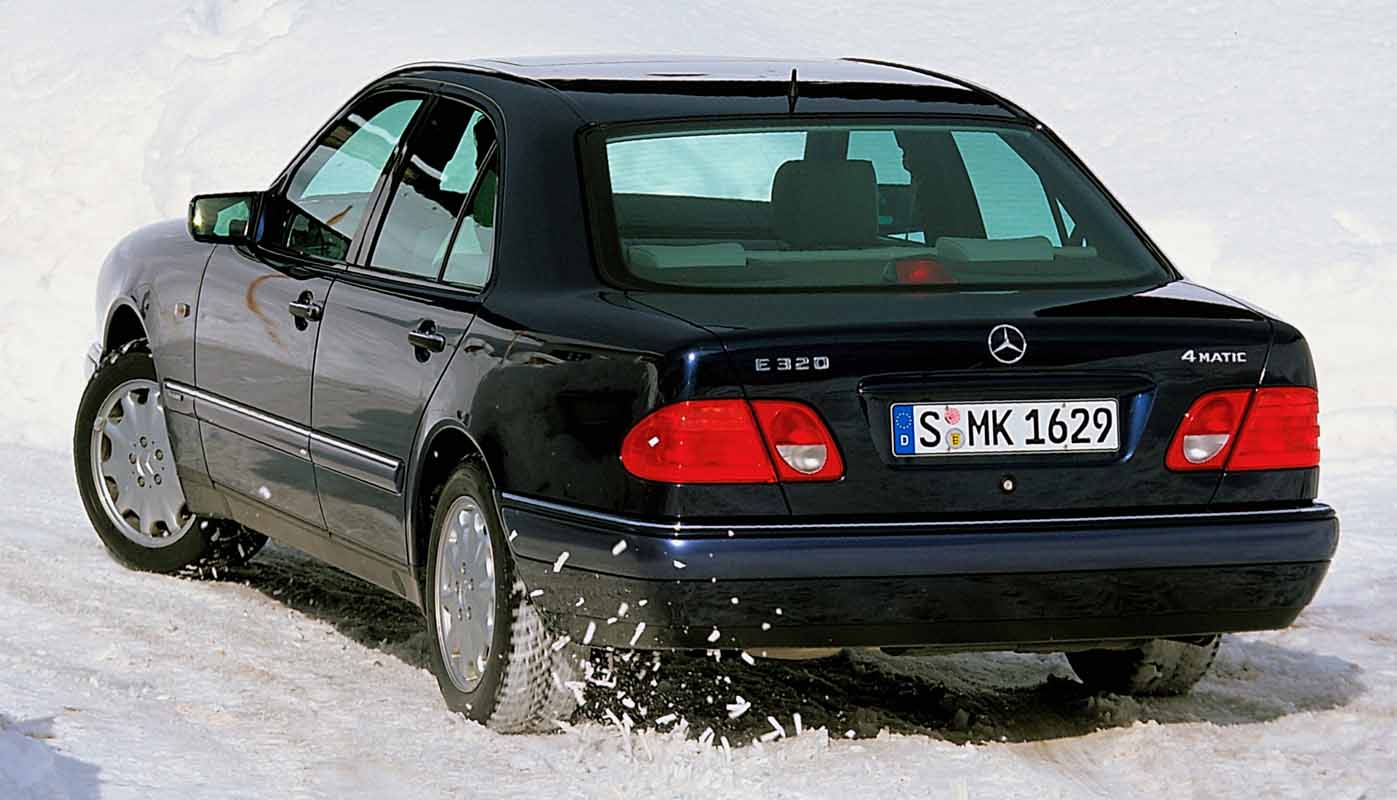