Seat S.A. And Setram Launch The First Megatruck For Vehicle Transport In Spain 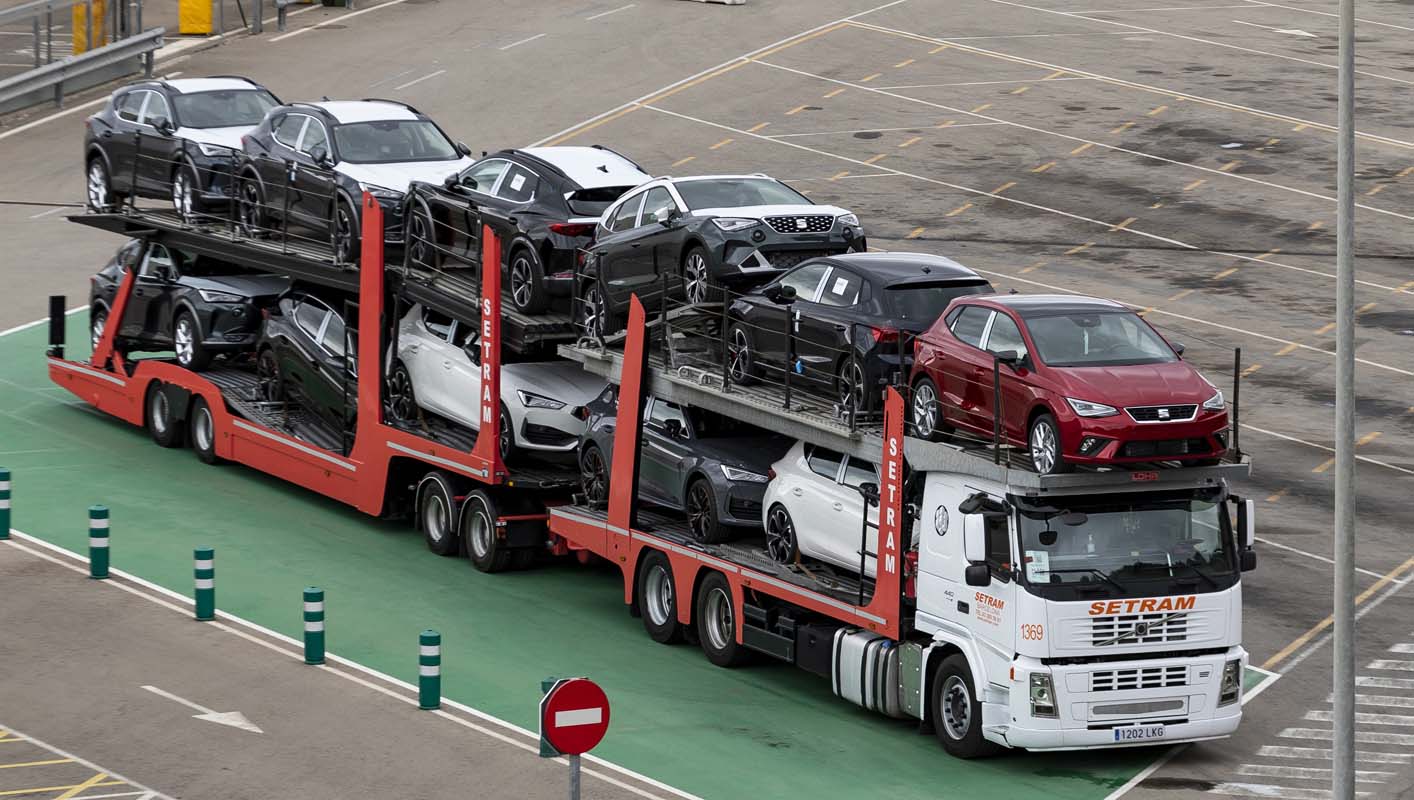 SEAT S.A. and SETRAM are at the forefront of sustainable road logistics and have launched the first megatruck for vehicle transport in Spain. Until now, SEAT S.A. has only been using this type of truck for transporting parts, but from now on it will also transport cars manufactured at SEAT Martorell to the Port of Barcelona, reducing the number of journeys and improving economic and environmental impacts.

The megatruck is 25.25 metres long and has a load capacity of 10-11 cars, depending on the model mix, compared to 8-9 for a traditional truck. Its annual transport volume is more than 8,600 vehicles, which represents a 12% improvement in daily productivity. Compared to a conventional four-axle truck, the megatruck reduces CO2 emissions by 10% per trip and reduces logistics costs by 11%. The main reason for this reduction is the improvement in fuel consumption efficiency per tonne transported, as the load capacity is increased by 4.75 metres in length, allowing up to three more cars to be loaded.

Herbert Steiner, Vice-President for Production and Logistics at SEAT S.A., said: “The megatruck eliminates 500 truck circulations per year on the city’s ring roads and reduces 5.2 tons of CO2 emissions per year, which brings enormous advantages in terms of sustainability, environment, road safety and efficiency. With the megatruck and rail transport, our main logistics route to the Port of Barcelona, we are moving steadily towards a maximum reduction in vehicle transport’s carbon footprint.”

Miquel Tarragona, general manager of SETRAM, said: “The main advantage of the 25.25-metre vehicle carrier lies in its increased capacity. It reduces the impact on the environment and the need for trucks for the same production, with less concentration on the road, providing a more environmentally friendly and sustainable form of vehicle transport”.

A further step in sustainable mobility

SEAT S.A used a duo-trailer for the first time in 2018 in a pilot project for parts transport, although two years earlier it had already premiered the first gigatrailer (the “little brother” of the duo-trailer), also in a testing phase. The company pioneered the use of both trucks in Spain, as part of its firm commitment to sustainable mobility for road transport. The use of the megatruck for vehicle transport reinforces the company’s commitment to sustainability and logistics efficiency, as part of its goal to reduce the impact of production to zero.

Rail transport also plays a key role in SEAT S.A.’s logistics. The company exports more than 80% of the vehicles it manufactures in Martorell, and rail is an environmentally friendly, cost-effective and efficient means of transport. Thanks to the Autometro service, which connects the Martorell plant with the Port of Barcelona for the export of vehicles, SEAT S.A. eliminates the circulation of about 25,000 trucks a year on this channel. This service has double-decker articulated transport wagons with a capacity of 170 vehicles and a length of 411 metres. In October 2018, the Autometro line reached the figure of one million vehicles transported since its debut in 2008. 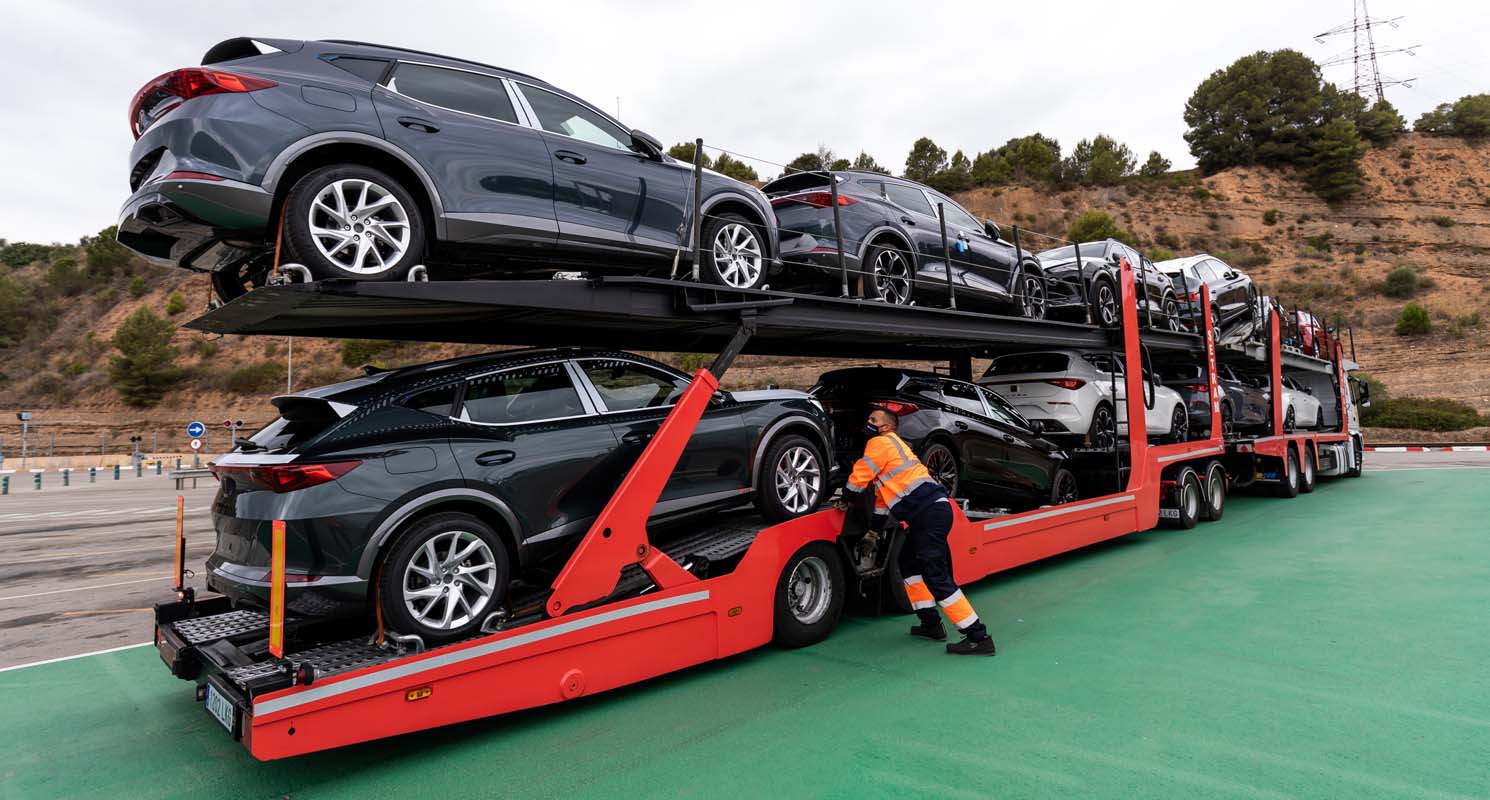 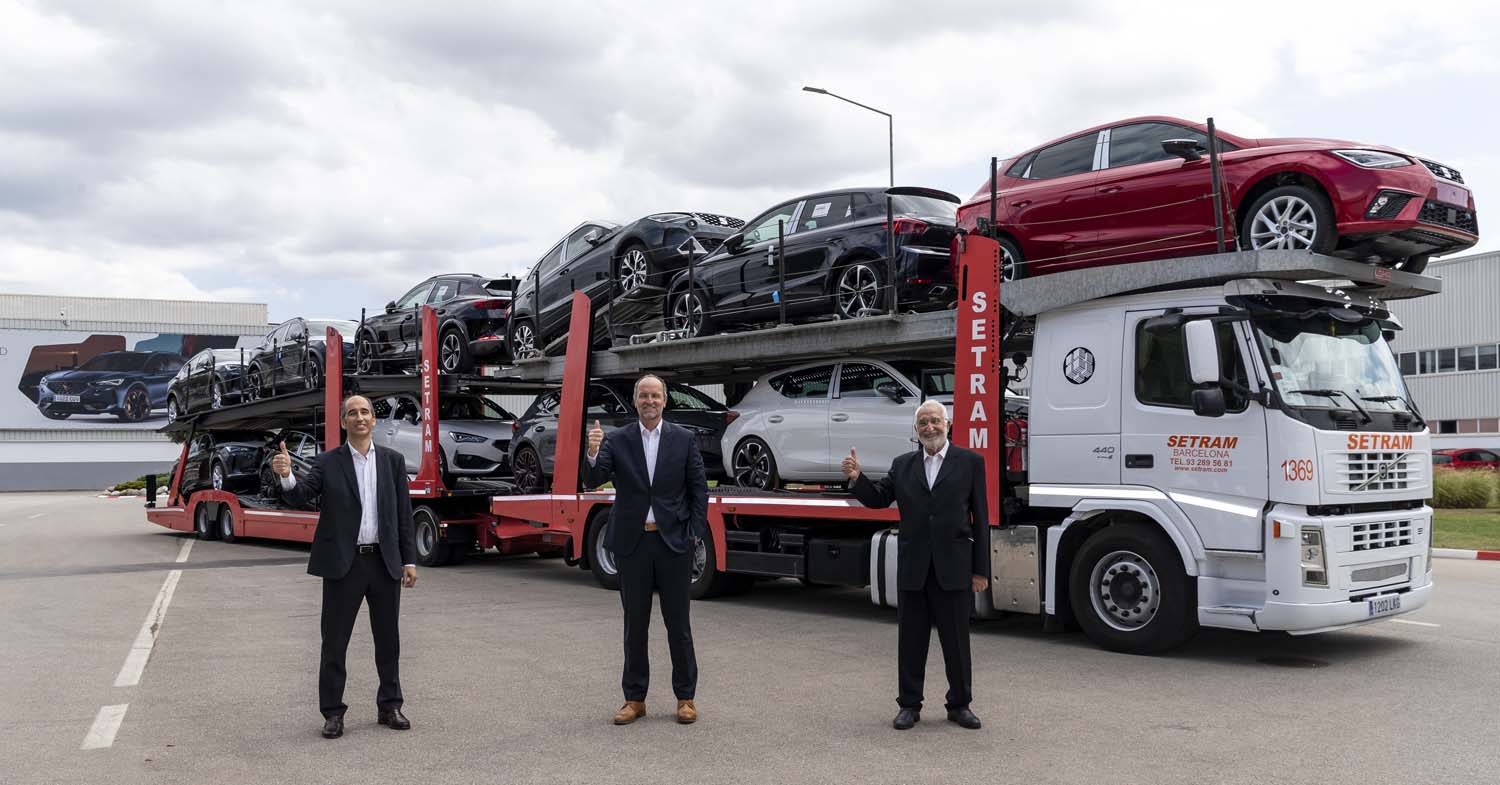 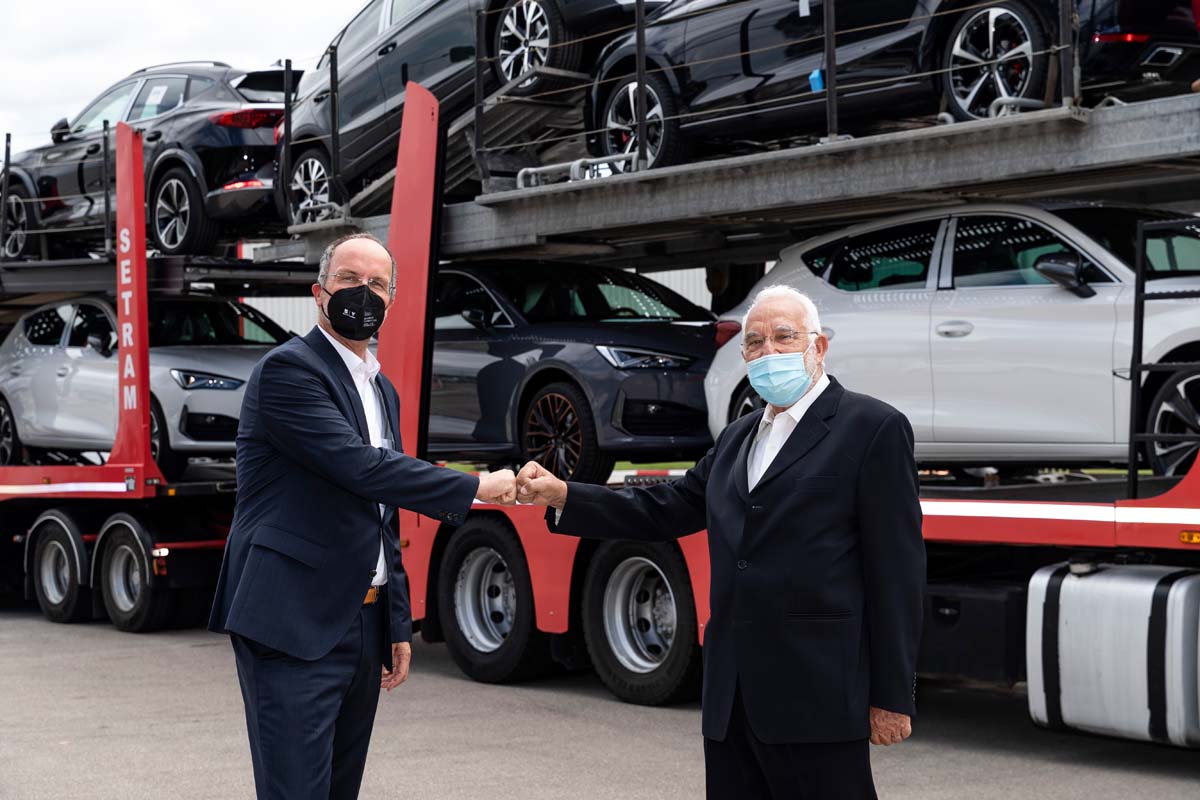 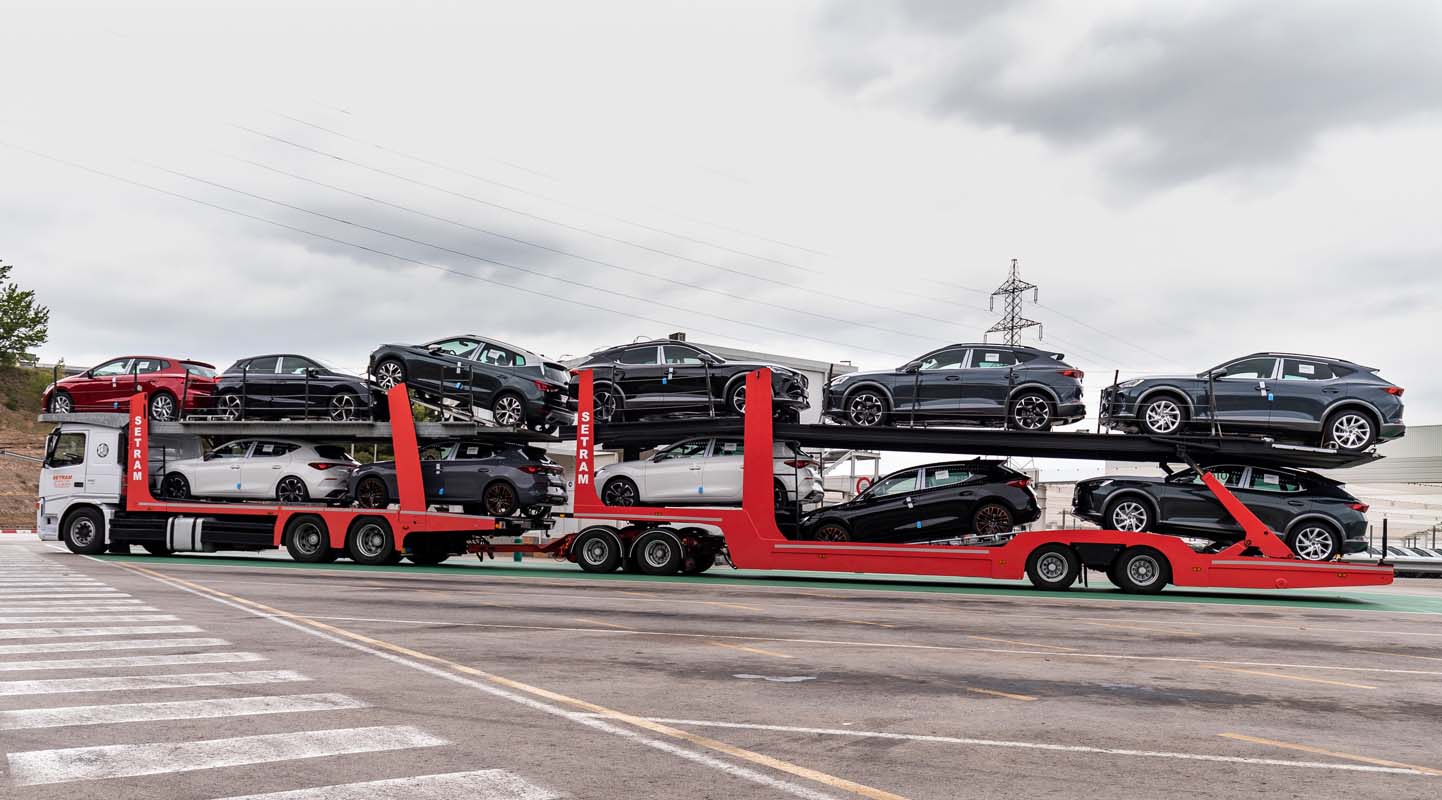