Renault 5 Concept – reconnect with this past and draw inspiration 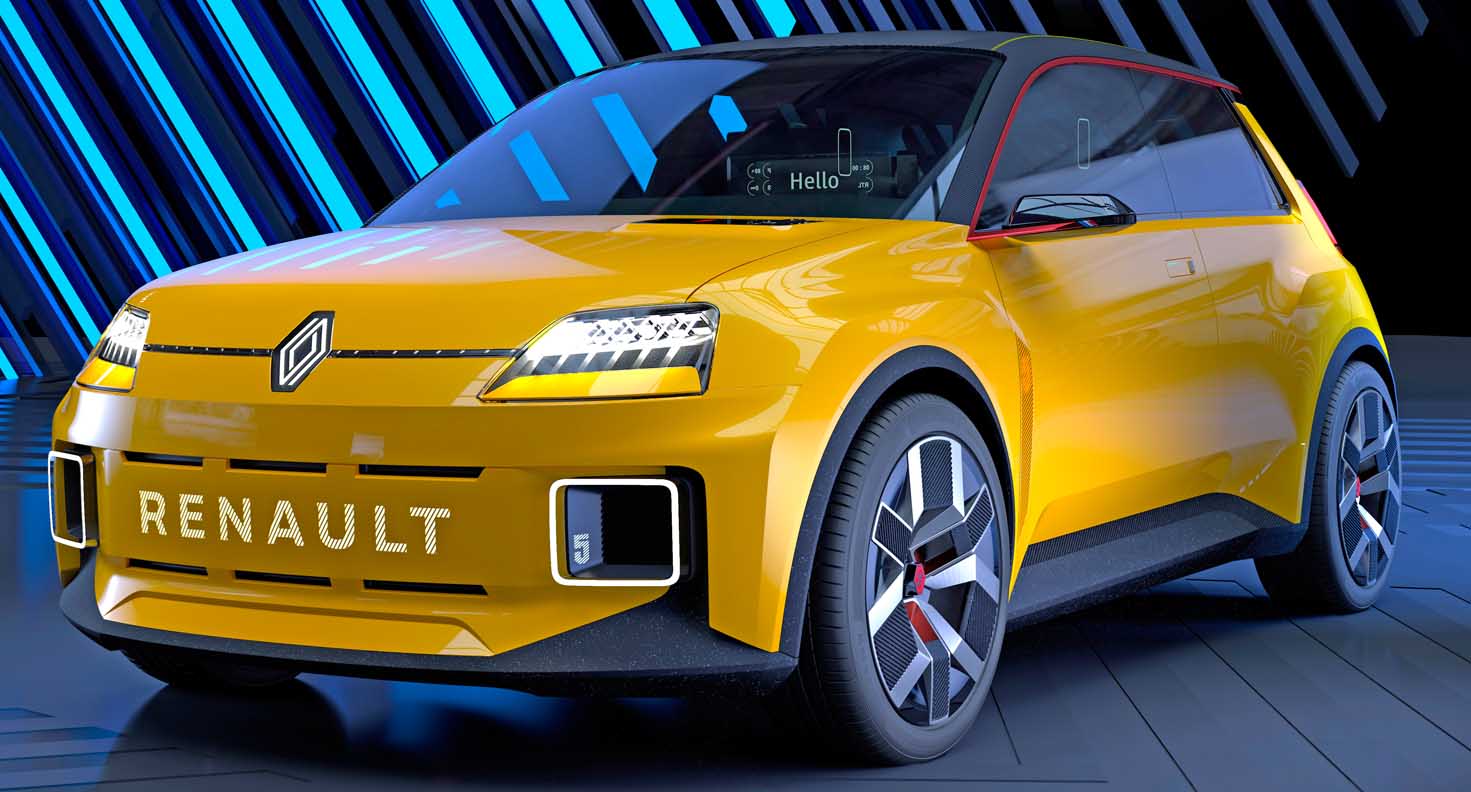 The soul of the Renault brand is firmly in its roots, and Gilles Vidal’s design team were inspired by the iconic cult model from Renault’s past, the R5.

The Renault 5 prototype looks to reconnect with this past and draw inspiration to find the spirit of those glorious times without merely replicating it.

Instead, it demonstrates how Renault will democratise the electric car in Europe with a modern approach influenced by one of the most popular and essential cars of its era.

The Renault 5 Prototype is a charming, compact, city car which takes one of Renault’s timeless successes and develops it to be fit for the future with a modern, 100 per cent electric twist.

It has retained the fun and mischievous character, with the pop of yellow highlights. The Renault 5 prototype takes strong features from the original design.

The modern approach is evident in the chosen finishes and materials, which are inspired by various electronics, furniture and sports.

“The design of the Renault 5 Prototype is based on the R5, a cult model of our heritage. This prototype simply embodies modernity, a vehicle relevant to its time: urban, electric, attractive.” Gilles Vidal, Renault Design Director

The R5 is immediately recognisable, but thanks to a modern treatment of lines and flush surfaces with futuristic detailing, the result is in keeping with current times.

Additonally, the styling elements taken from the original design hide some of the more modern features, for example: the bonnet air intake hides the charging hatch, the rear lights include aero flaps and the fog lamps in the bumper are daytime running lights. There is even a nod to the original ‘5’ on the side vent, the wheels and rear logo.

The front end and the textile roof are influenced by the world of furniture and are full of ‘French charm’, with a hint of mischief and character that pulls on the heartstrings.

The front and rear logos light up, bringing the car ‘to life’. The French flag situated in the rear-view mirrors underline the “invented in France” ethos of the vehicle, and the name displayed on the small transparent screen on the dashboard provides that final flourish. 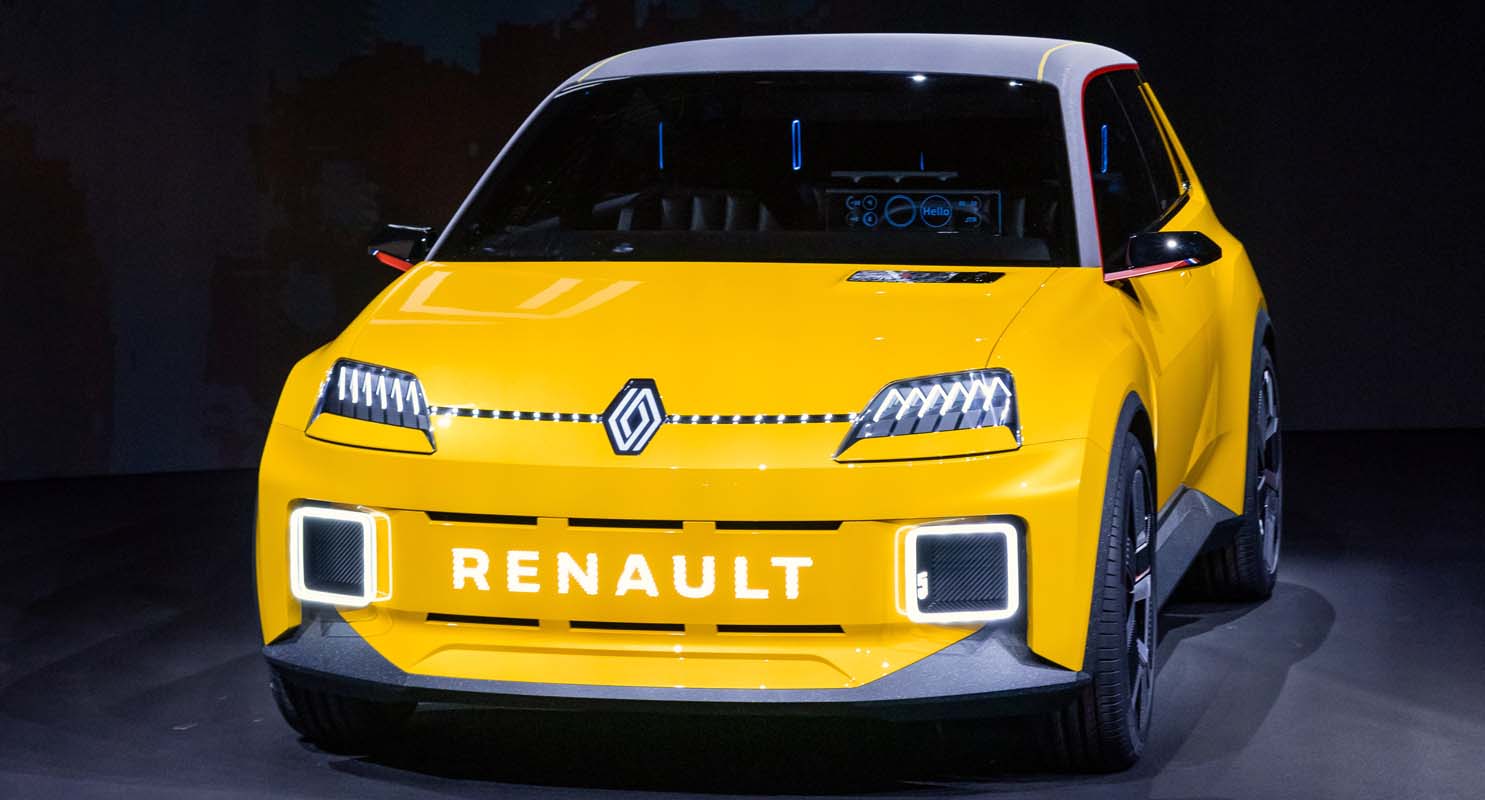 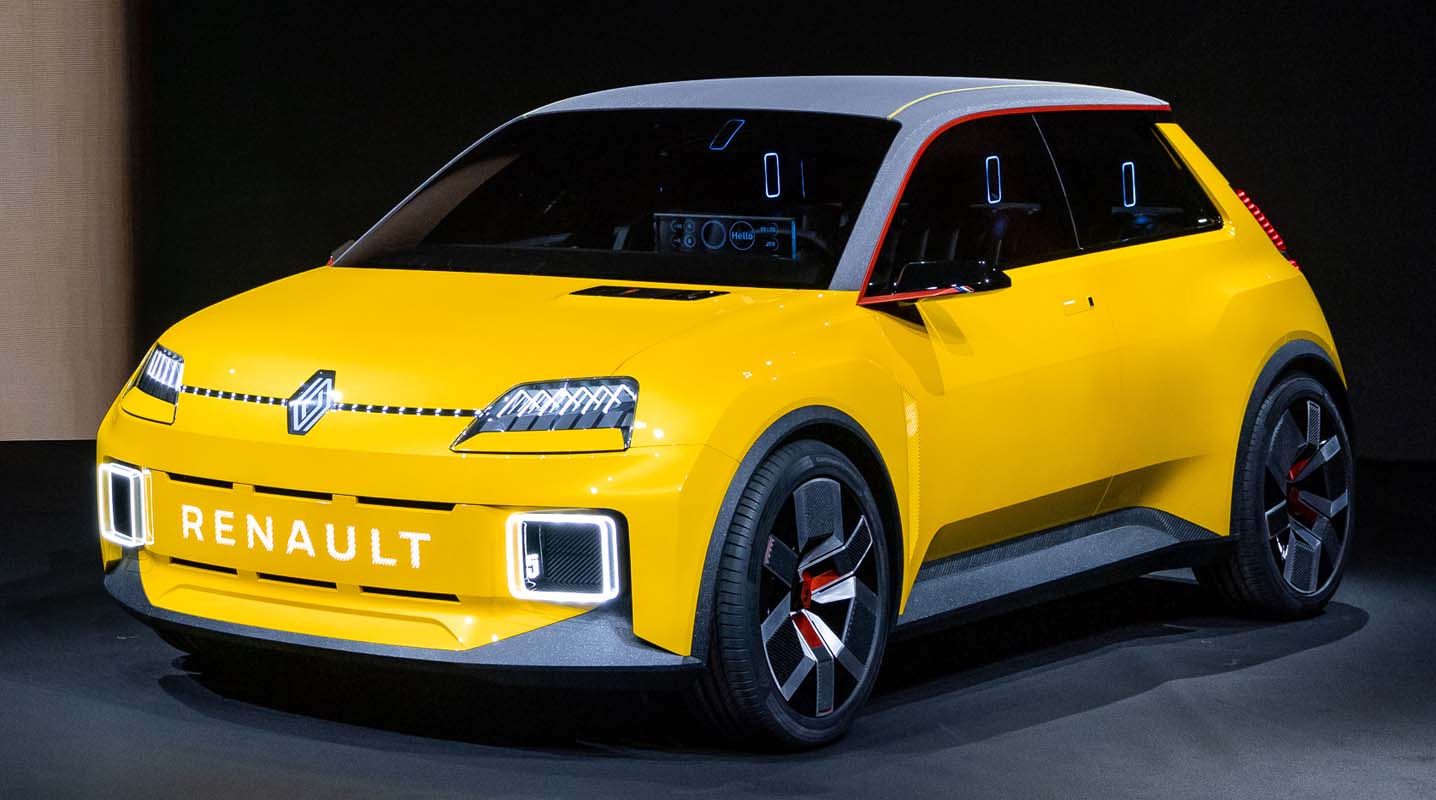 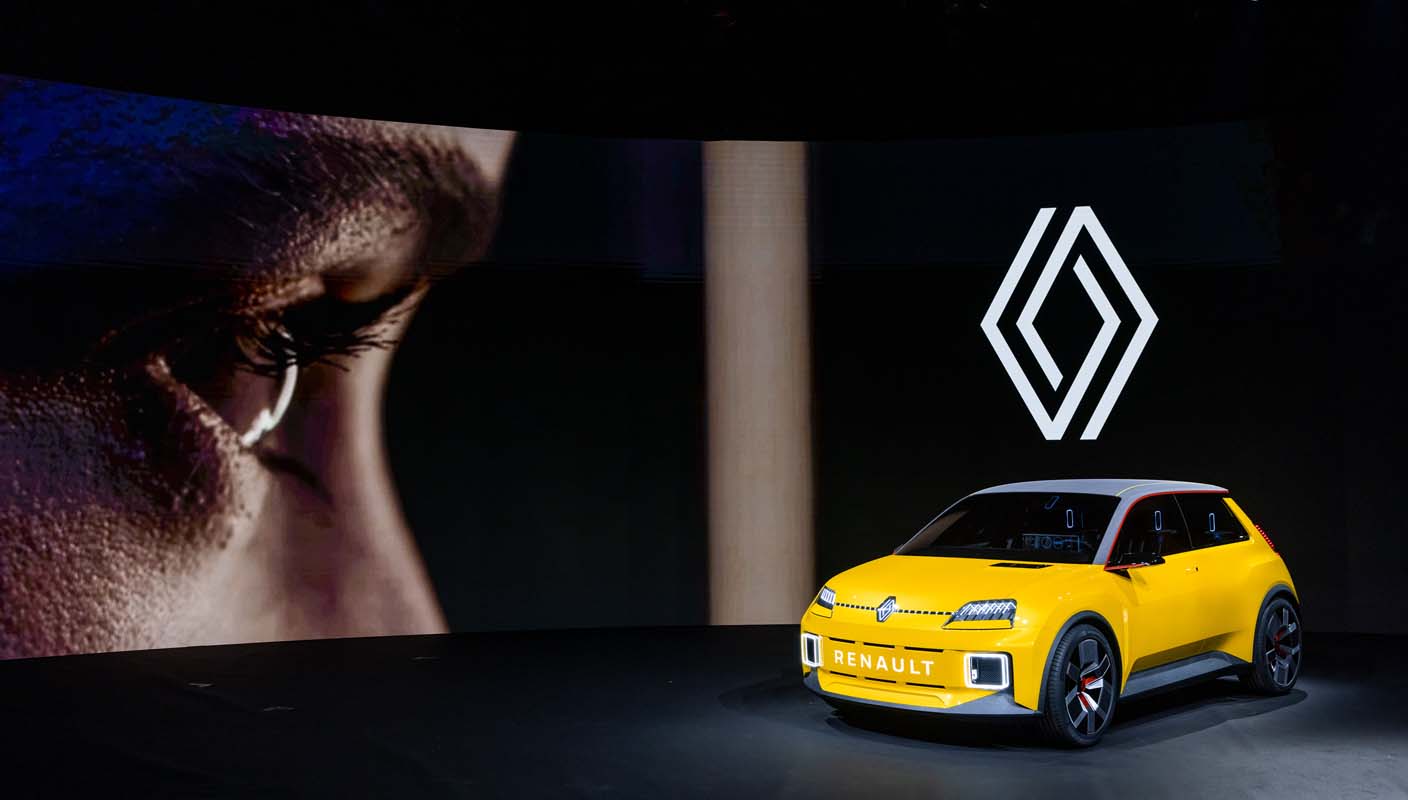 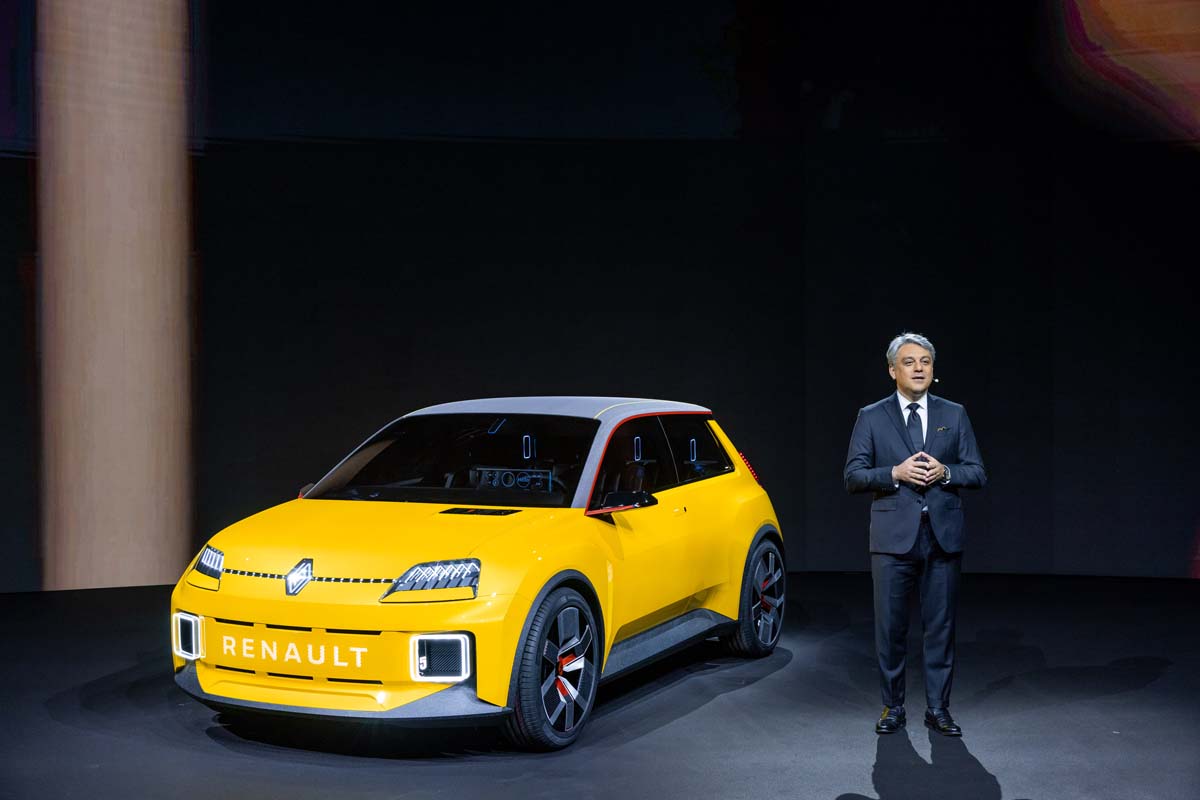 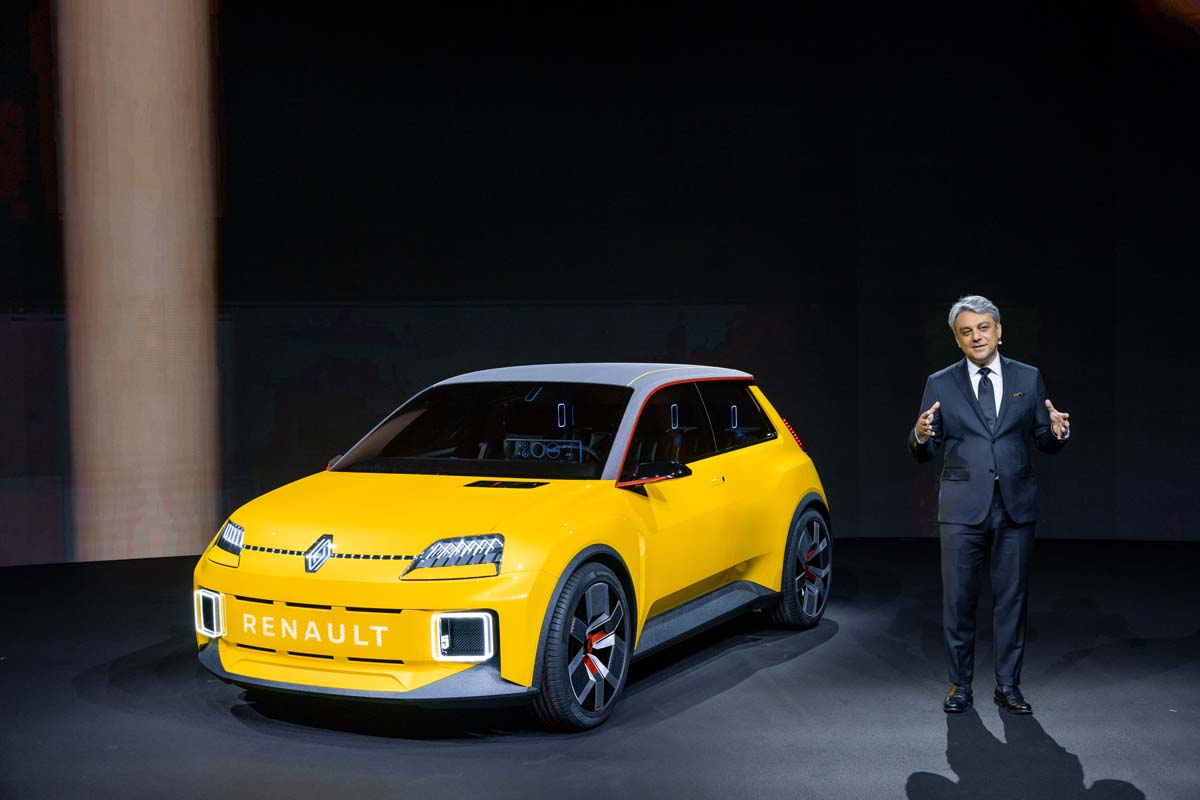 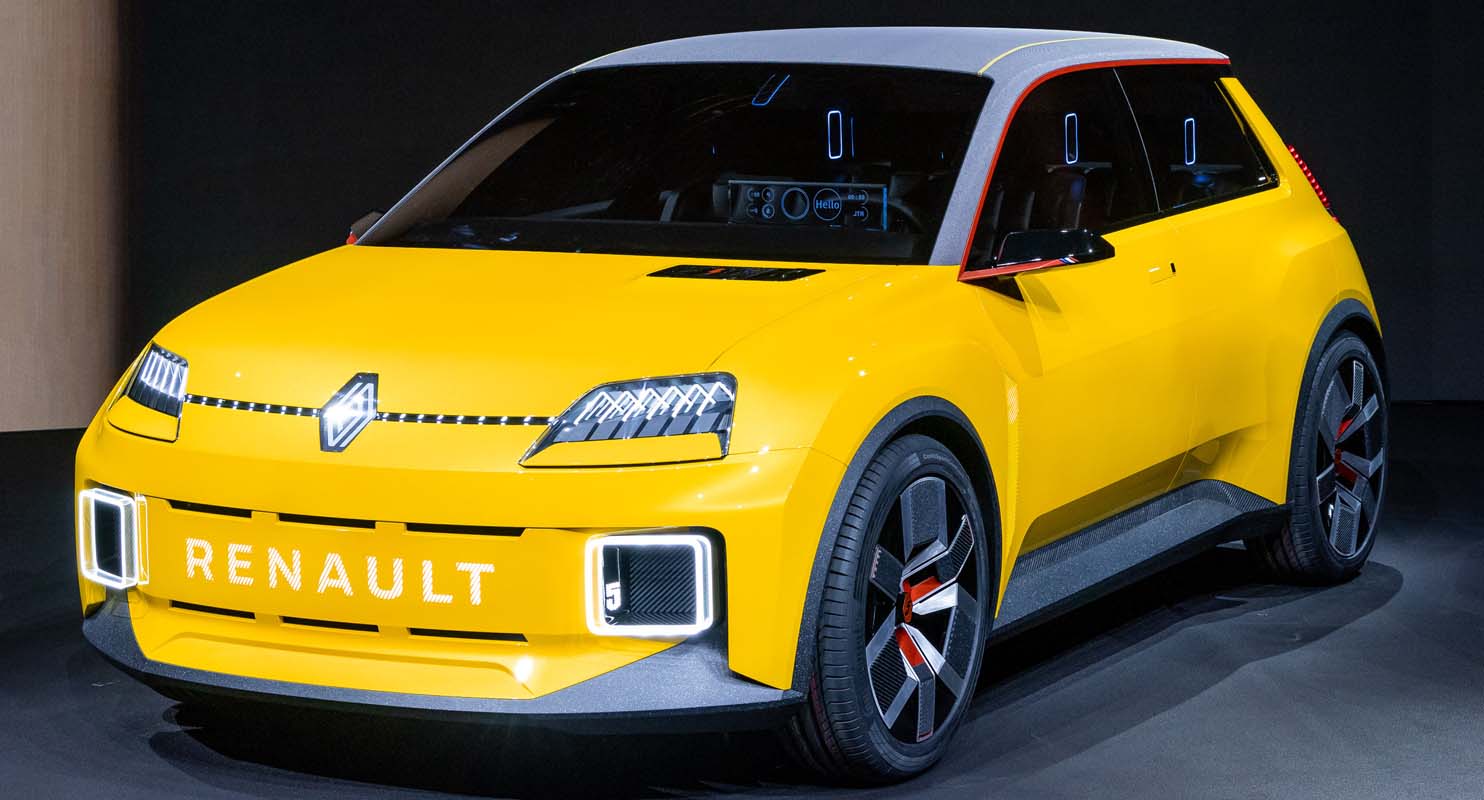 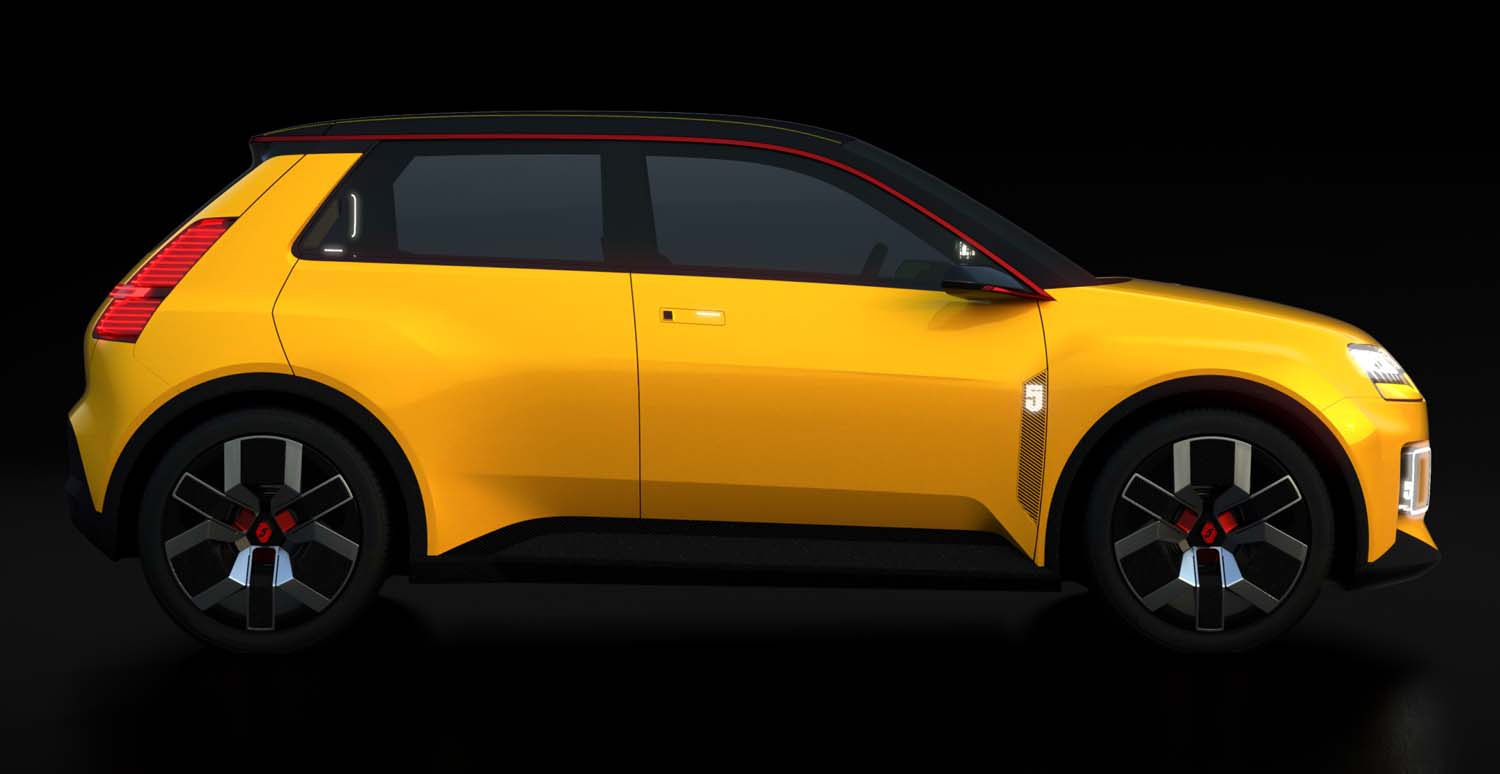 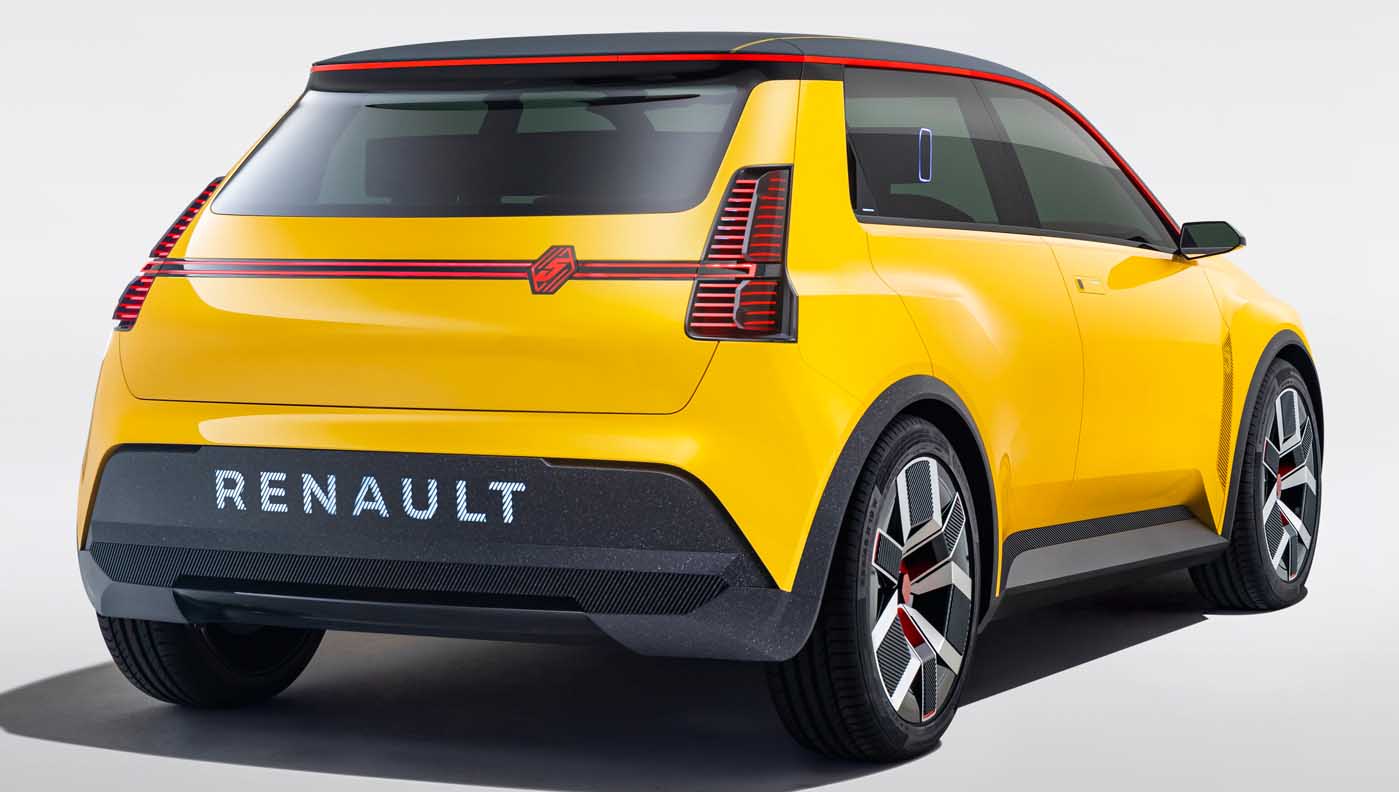 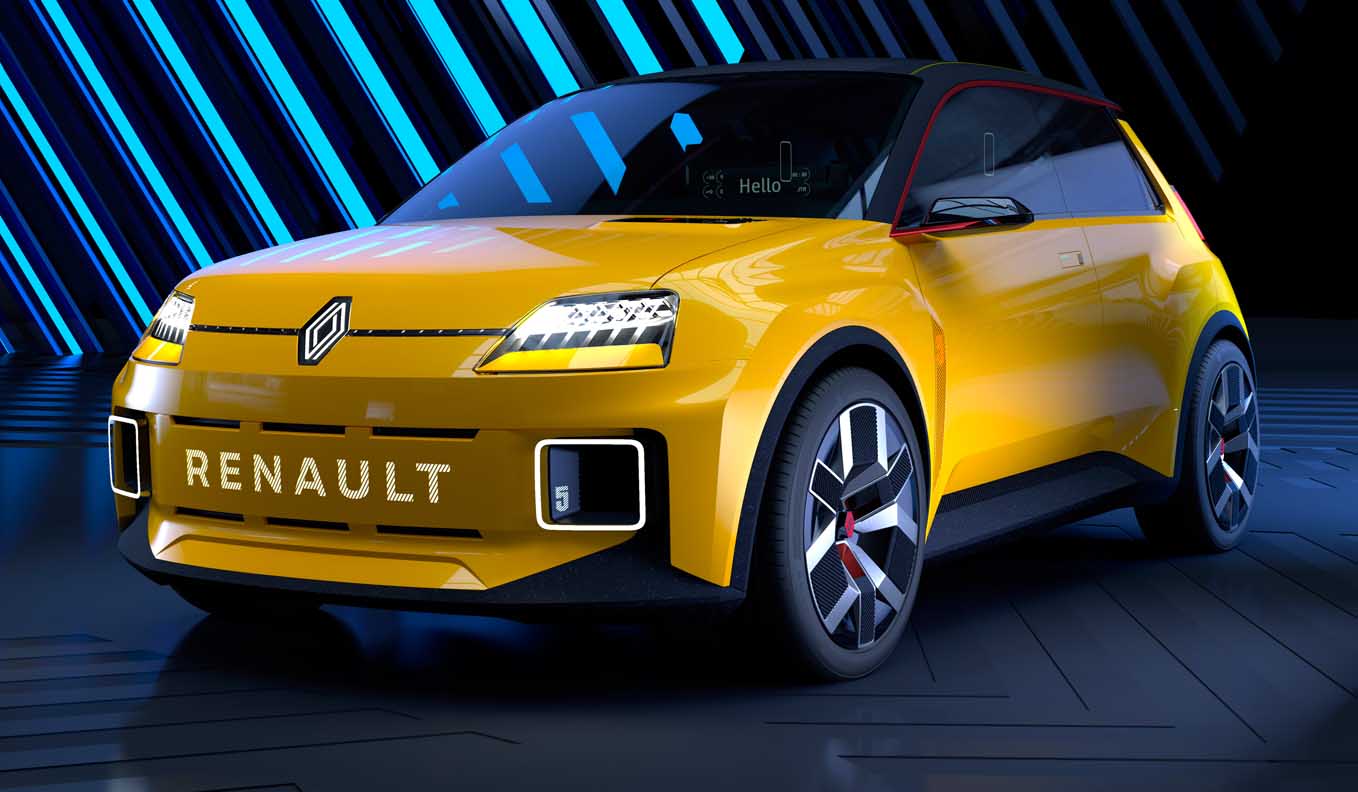 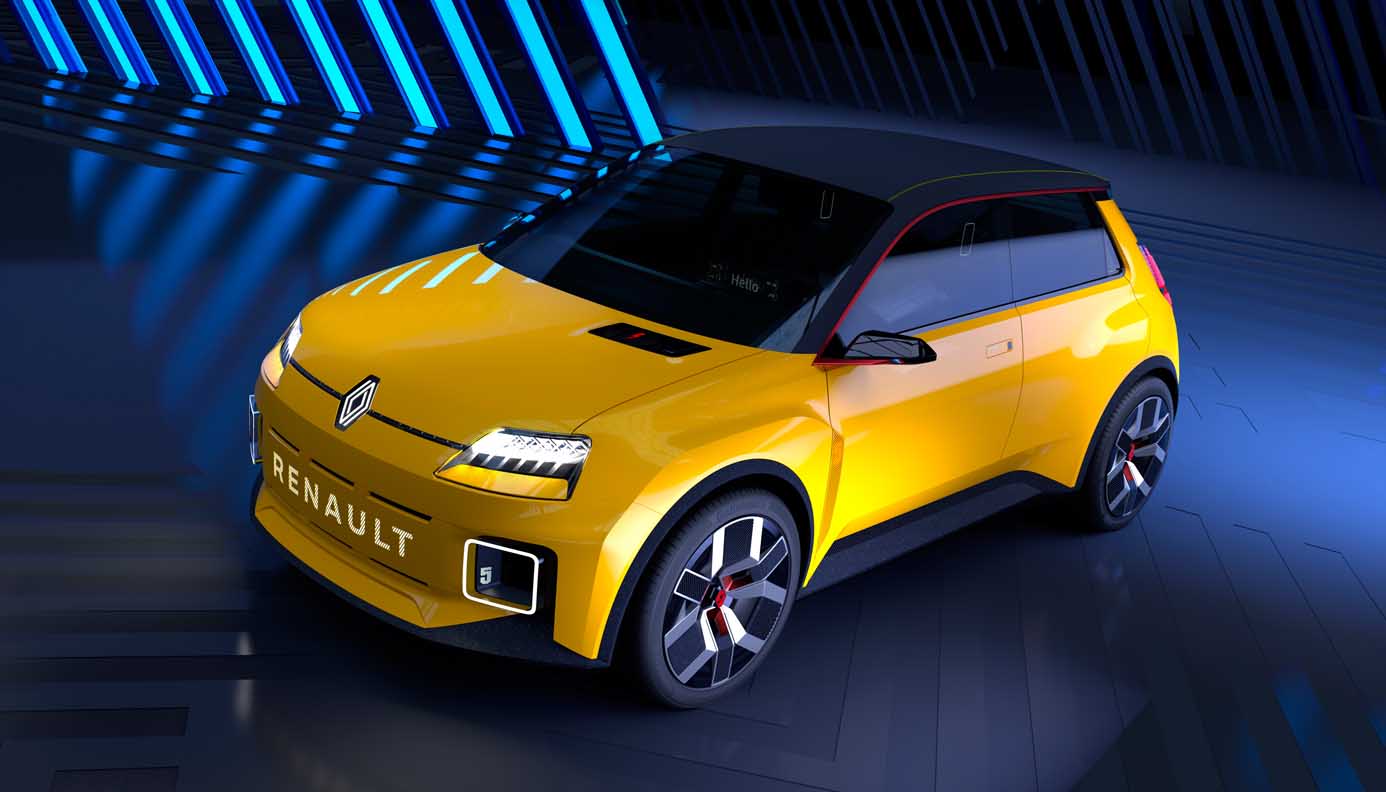 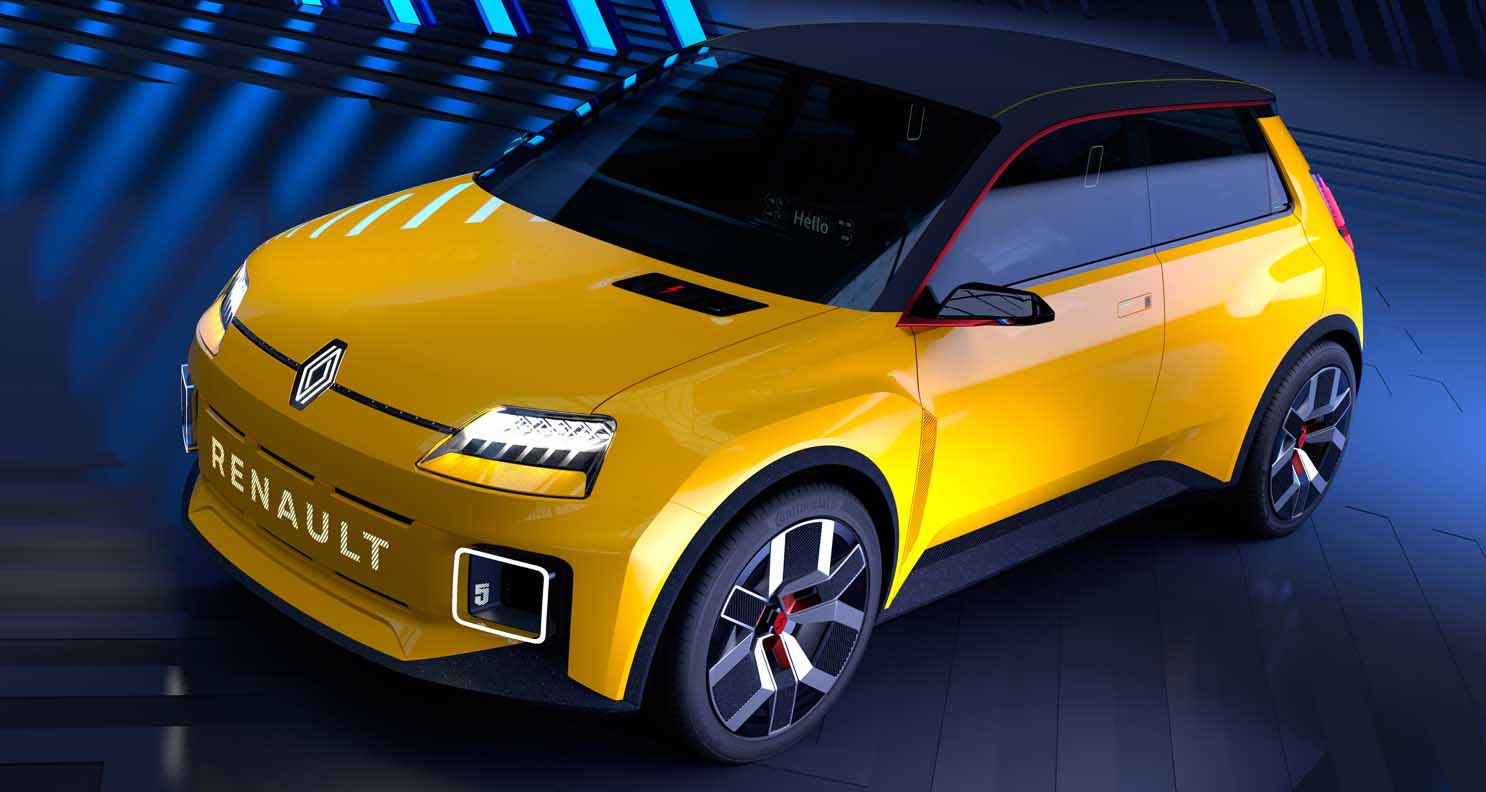 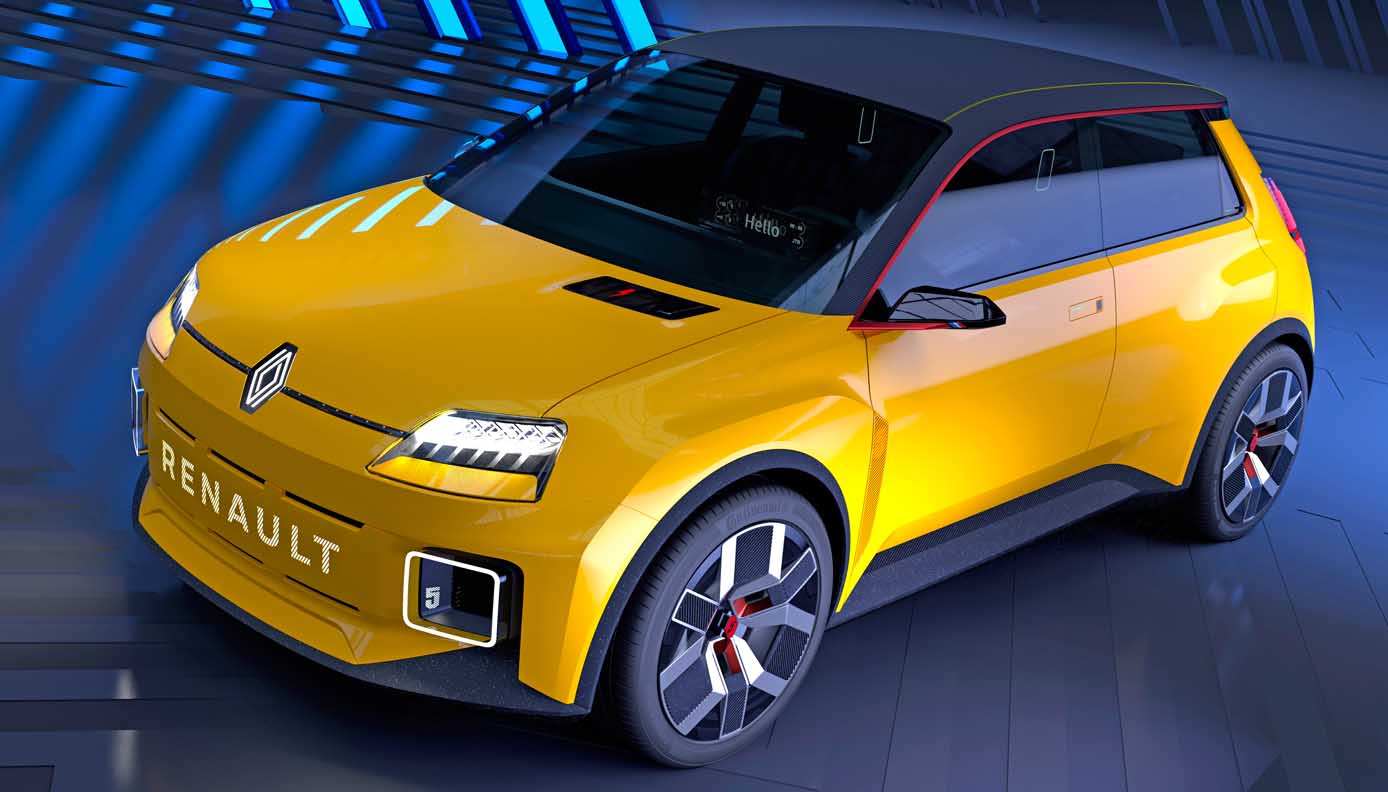 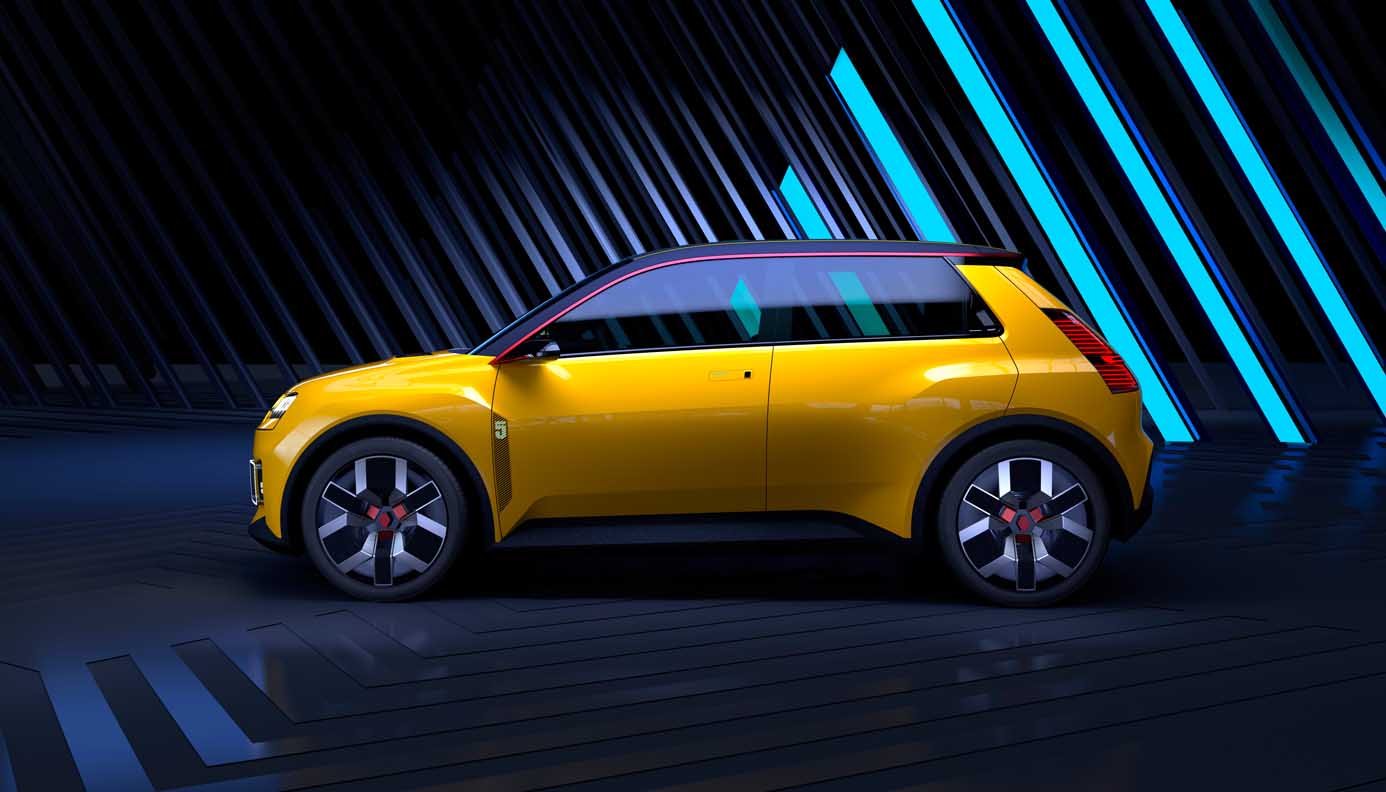 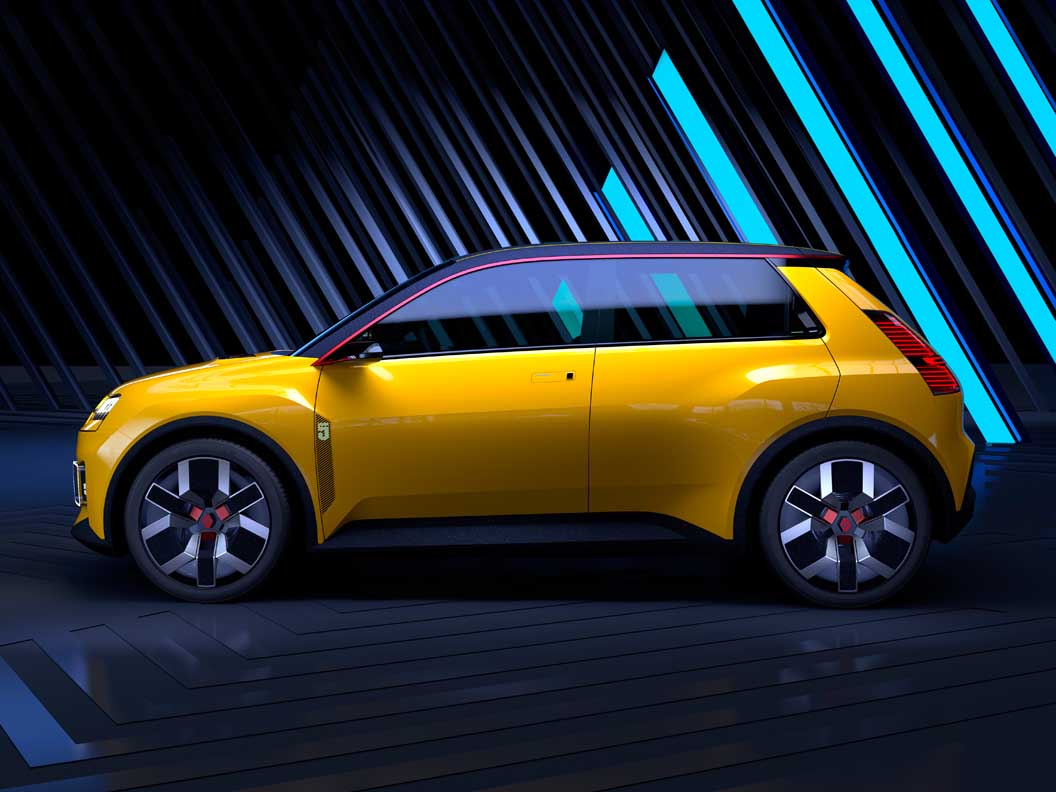 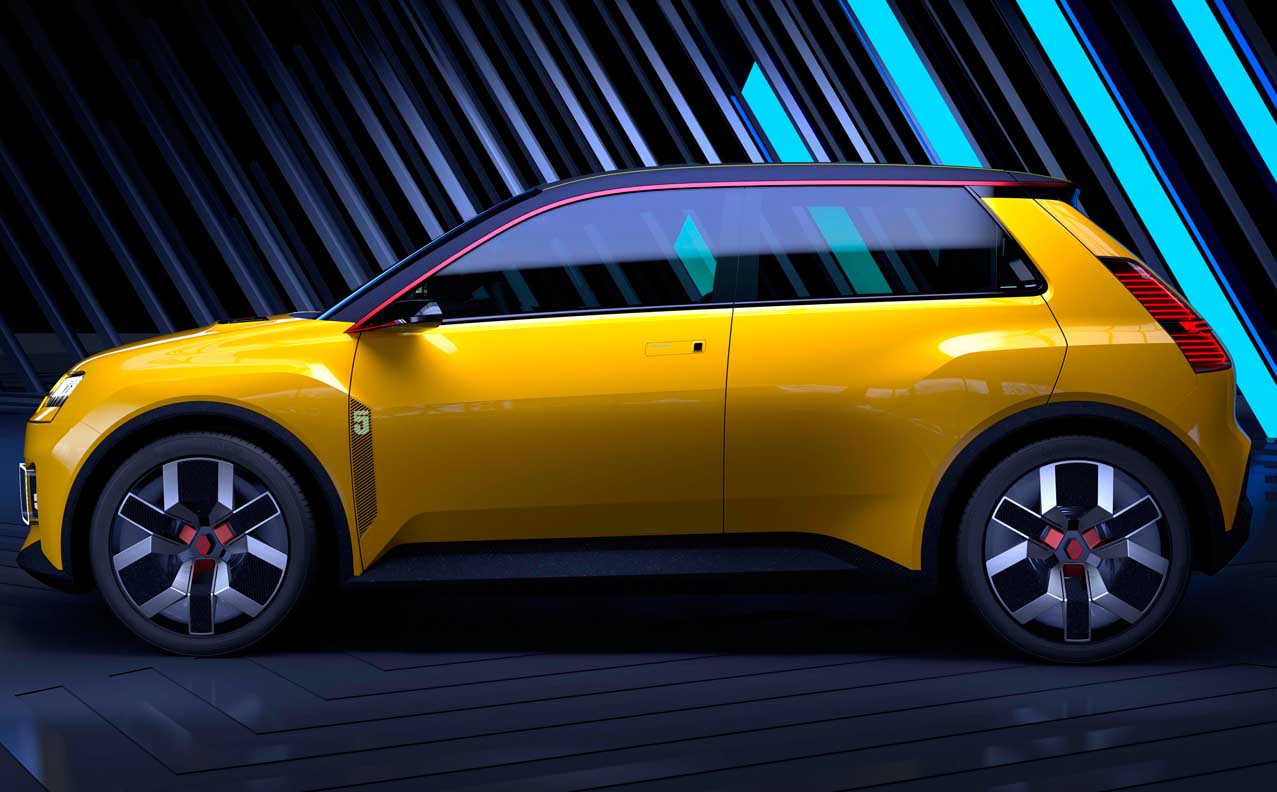 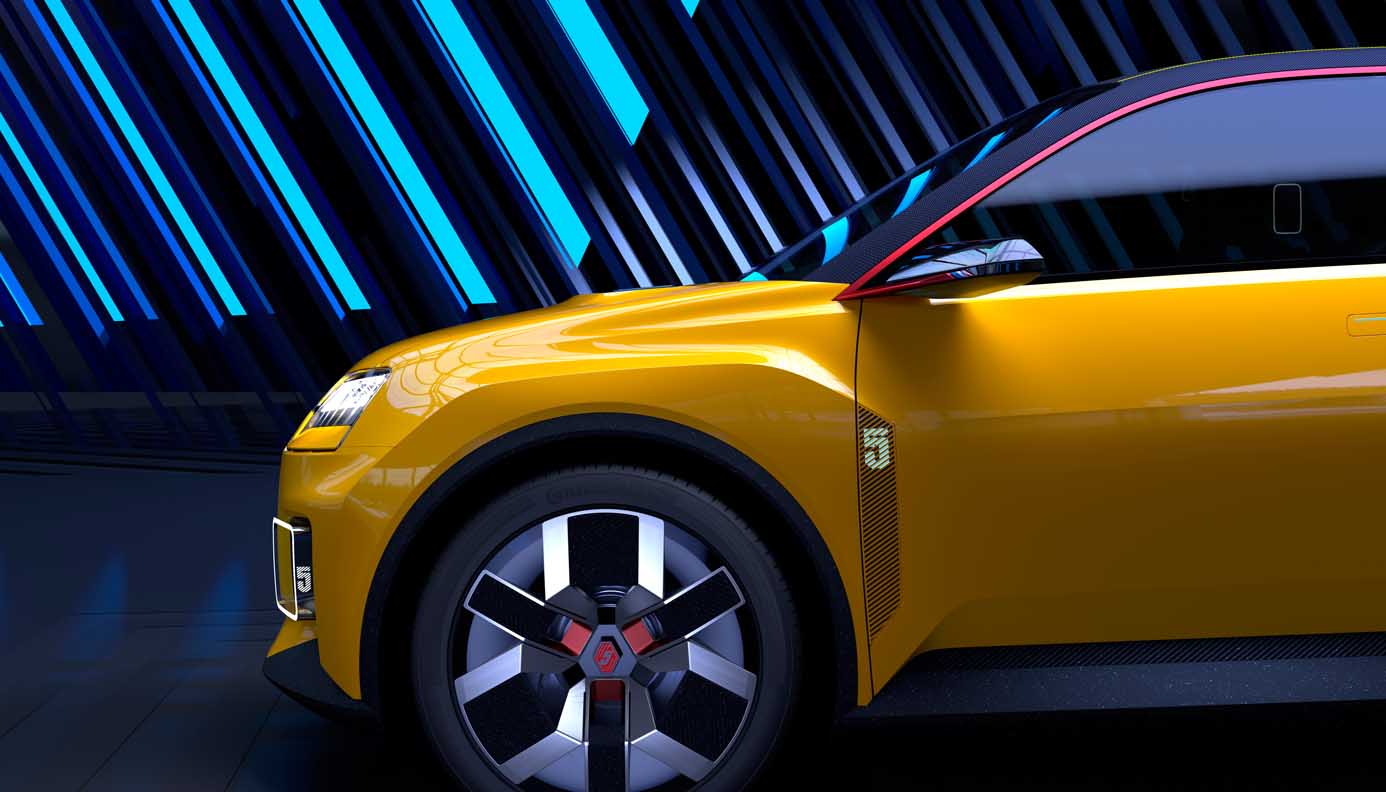 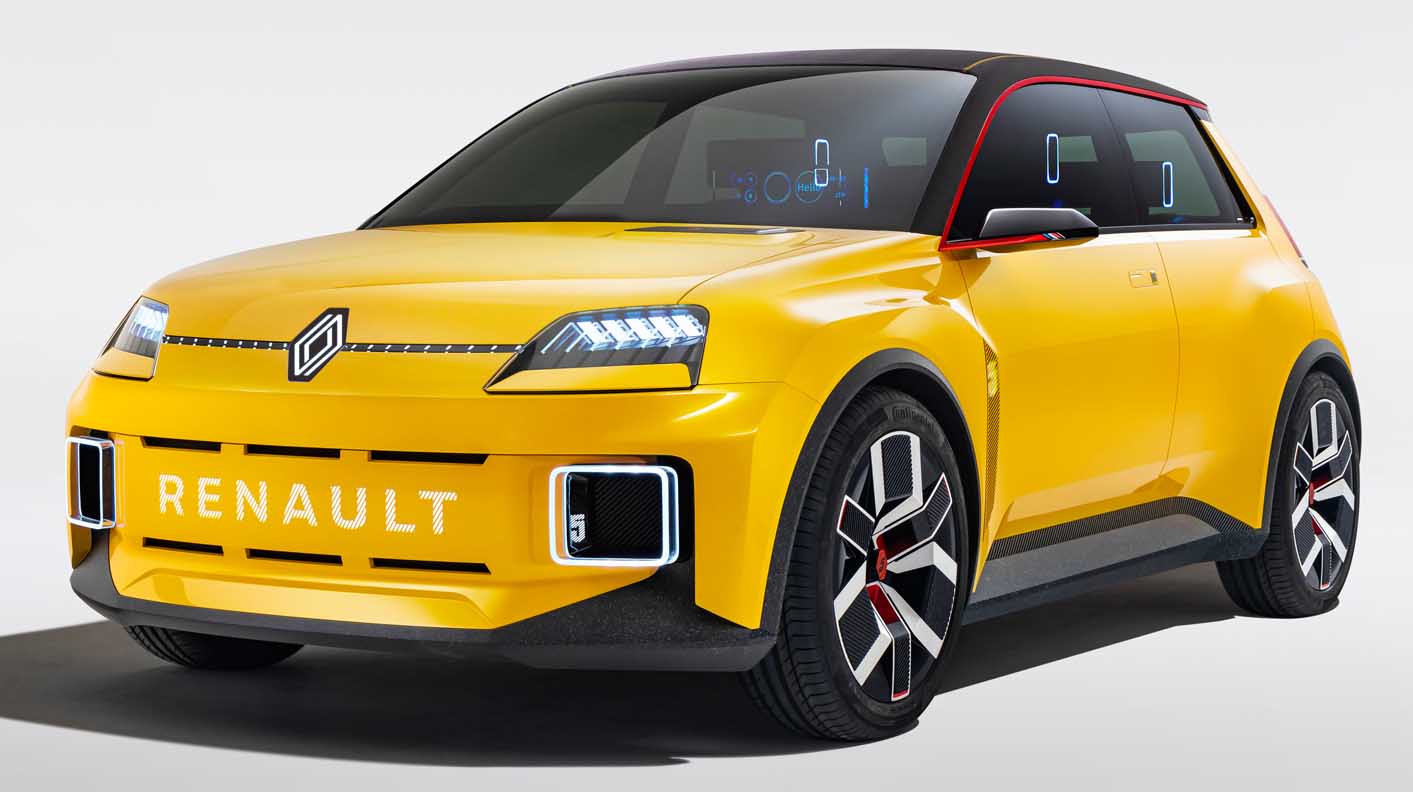 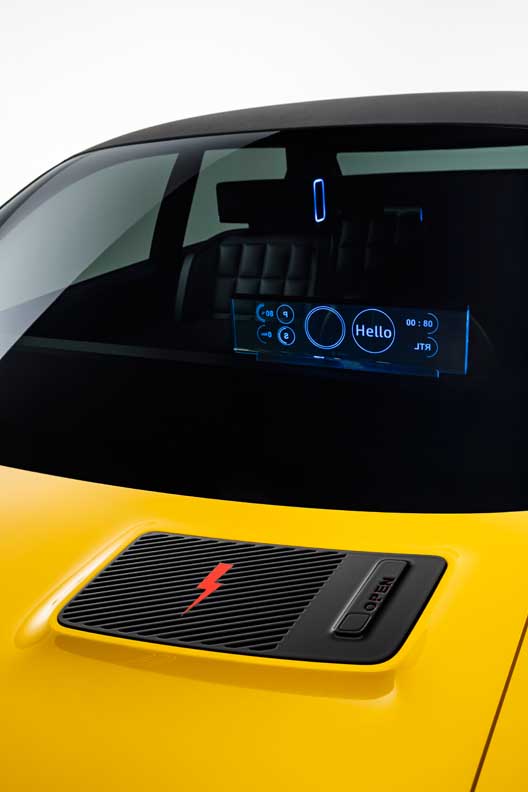 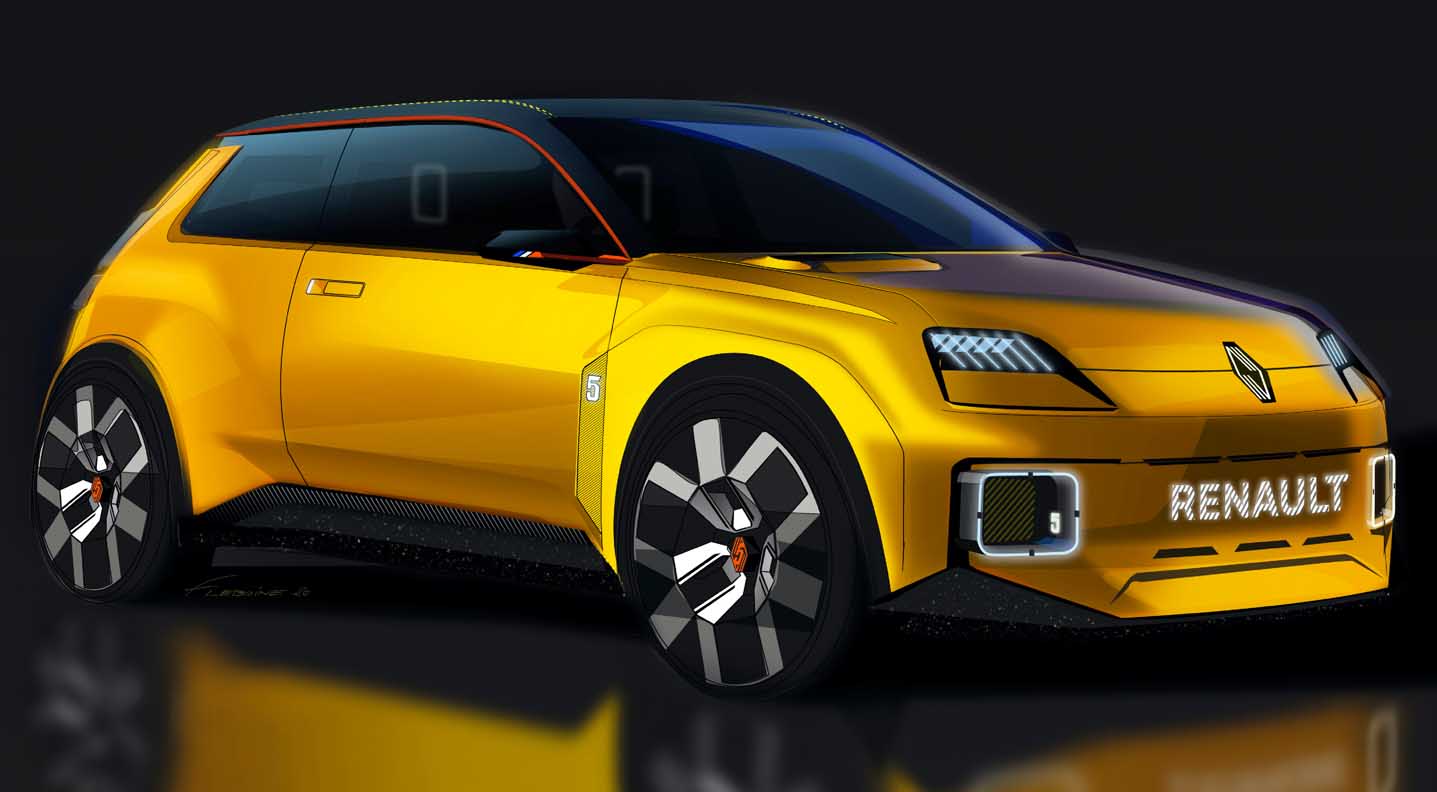 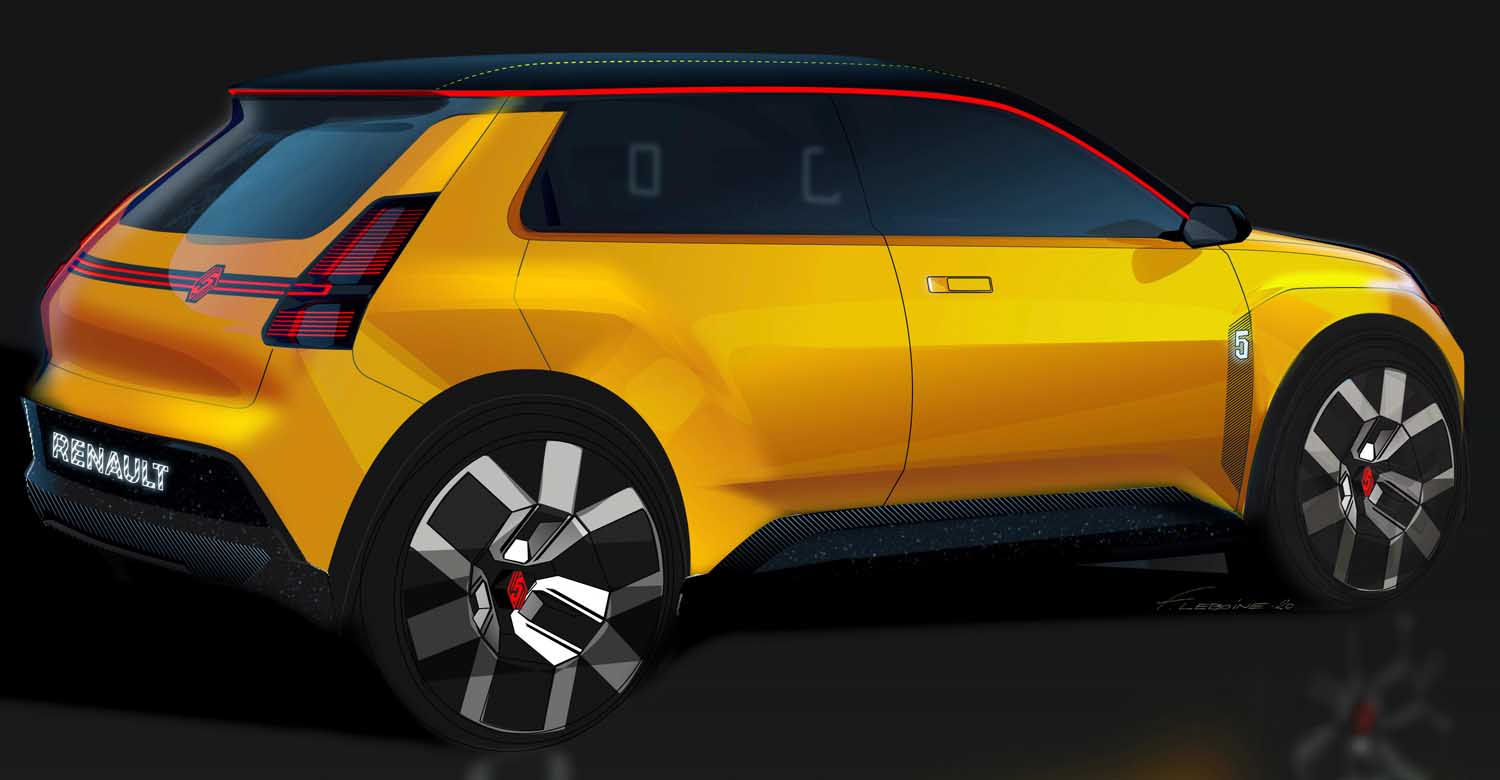 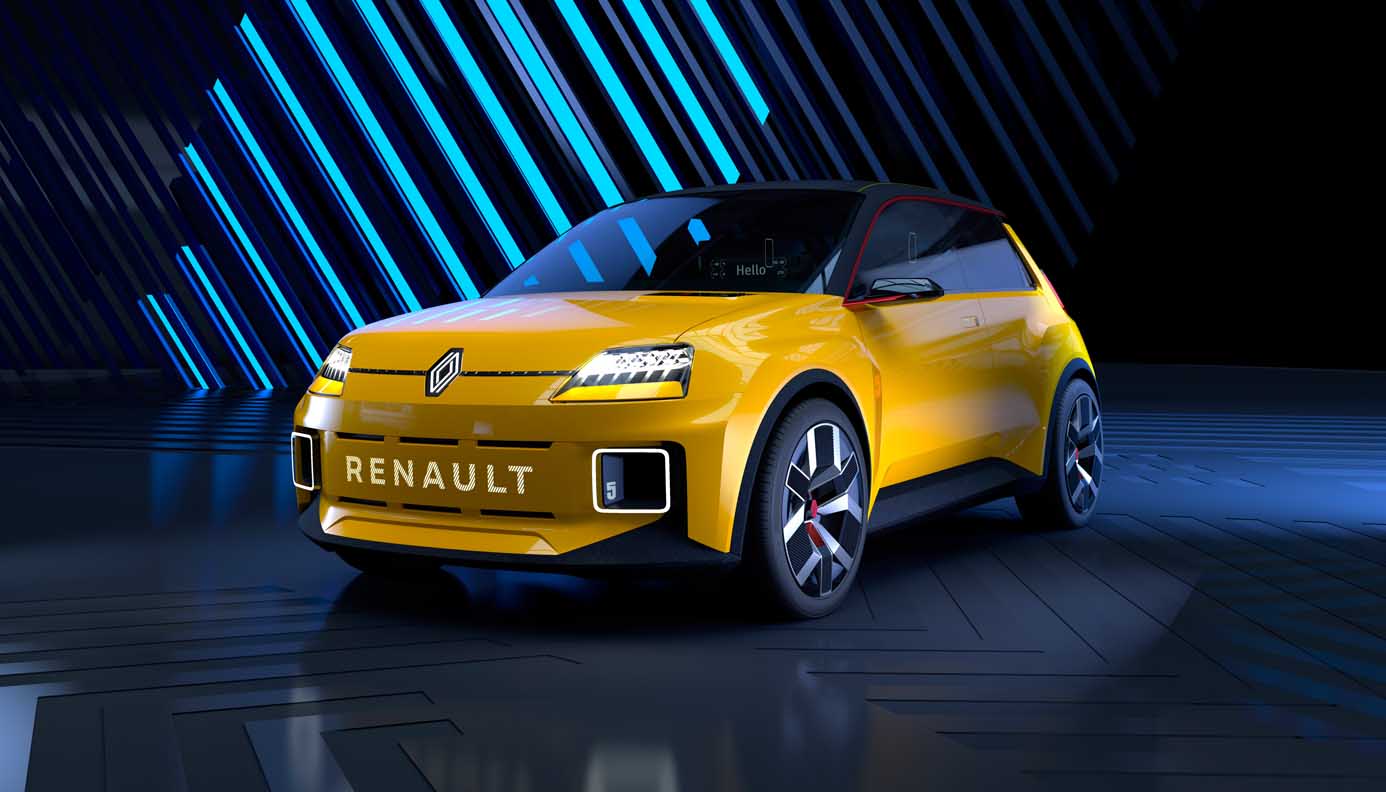