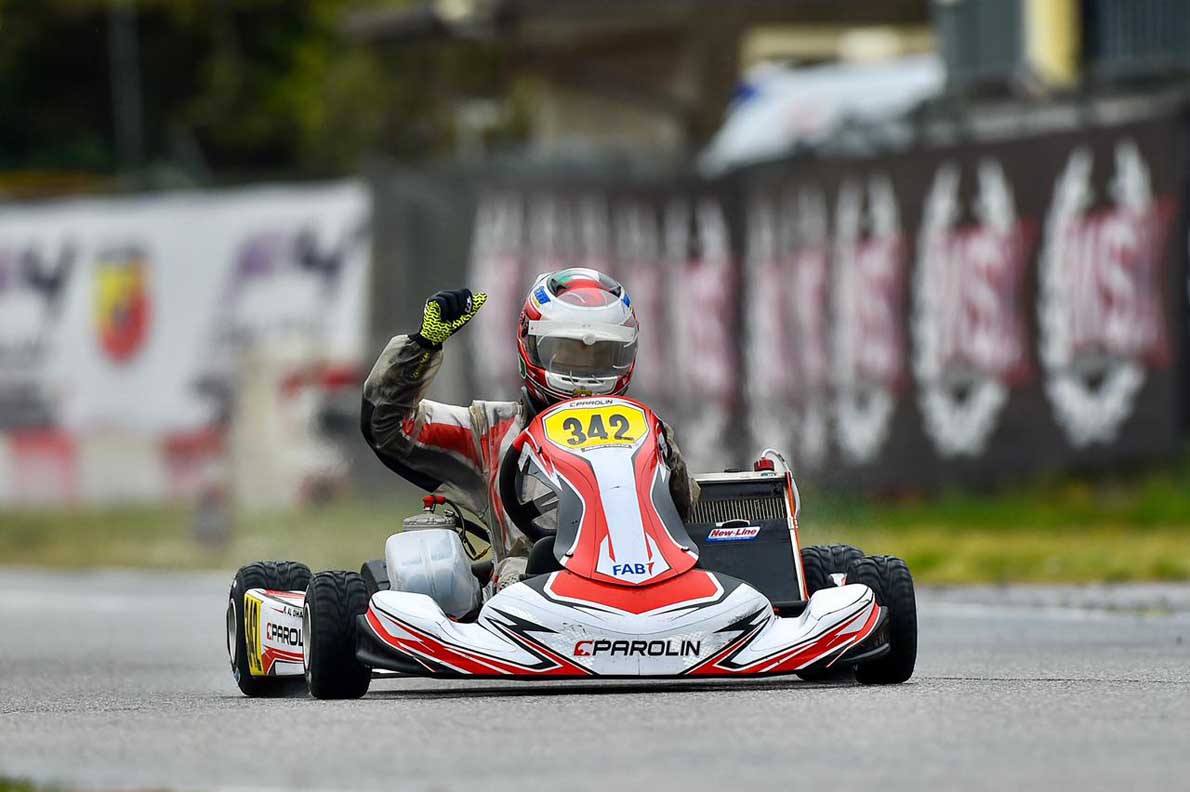 The victory adds to his impressive results this season, where Rashid has already won 3 of the 4 World Series Karting competitions in 2021 making him the man to beat in the OK-Junior category.

Flying the Red-White-Black Parolin colors, Rashid (No342) once more demonstrated his winning abilities as he rose to the challenge in a field of 80 drivers representing over 40 nationalities. The competition was fierce as OK-Junior category talent lined up at the opener of this important international karting event.

While the elimination heats were run in ideal conditions, pouring rain during the final stages on Sunday highlighted the driving skills of the finalists.

Rashid started the Pre-final from P8, steadily passed his rivals, and won, which placed him on the front row for the big final.

The 17-lap final opened, with Rashid setting off from the disadvantaged outside P2 position which pushed him back to P5 immediately after the start. But with steely determination and excellent driving skills on a wet track, Rashid fought hard to finish 1st, improving upon his own lap times on several occasions.

Throughout the thrilling laps, Rashid displayed great maturity in his driving style and raced with confidence under the rain with full control of his kart and the engine’s radiator system.

Lap upon lap, the No342 of the young Emirati steadily held the front position repeatedly beating his own lap times, with all sectors in “purple” showcasing fastest lap sectors and fastest laps throughout the final.

Rashid crossed the finish line with a comfortable gap of 5.611 seconds to his closest competitor.

After the UAE flag was hoisted and National Anthem played during the podium ceremony, Rashid said: “There are many excellent memories on this track, especially my win last year in the Winter Cup, so I am delighted to win again on such an iconic track. This is a fantastic result and it’s greatly due to the strong efforts and support of the entire team. We were able to complete a great rain setup, ready on time and also the engine helped me to have a strong foundation for me to work hard in achieving my best. I would like to thank the whole team for their great efforts.”

Rashid added: “I wanted to make sure that everything was perfect, to go as fast as possible.”

Marco Parolin, Parolin Motorsport Racing Team Principal, said: “We are extremely satisfied with Rashid’s performance this weekend. It was not easy for him as he has cone back from a three-week break, but he immediately showed a strong pace in the dry conditions. Despite some contacts in the heats he managed to secure a good starting position for the Pre-final.

“On Sunday, with rainy conditions, he found immediately a great feeling with the package and maximized the results by winning both Pre-final and Final. This weekend was a great motivation boost for our next challenges.”

Coach and former Formula 2 champion Fausto Ippoliti said: “This is an excellent result for the season and the whole team is delighted with Rashid’s performance and his victory is certainly not a surprise for any of us. It seems strange to see a talented driver coming from the Arabian Gulf, a region that is known for its hot and dry weather, outperforming his competition by far under the rain, but it is not a surprise for the paddock. The proper balance and application to his training and Rashid’s extreme self-motivation, passion and discipline have paid off. The whole team has pulled together well, and we can be proud that we have advanced together with a winning spirit.”

The World Series Karting Euro Series race took place on the innovative FIA approved 1,200 meters Lonato Karting Raceway, nicknamed the “Center of the Karting Universe” due to the many famous competitions it hosts.

Rashid is now leading the European Championship and will be back on track in 2 weeks’ time in North Italy again. 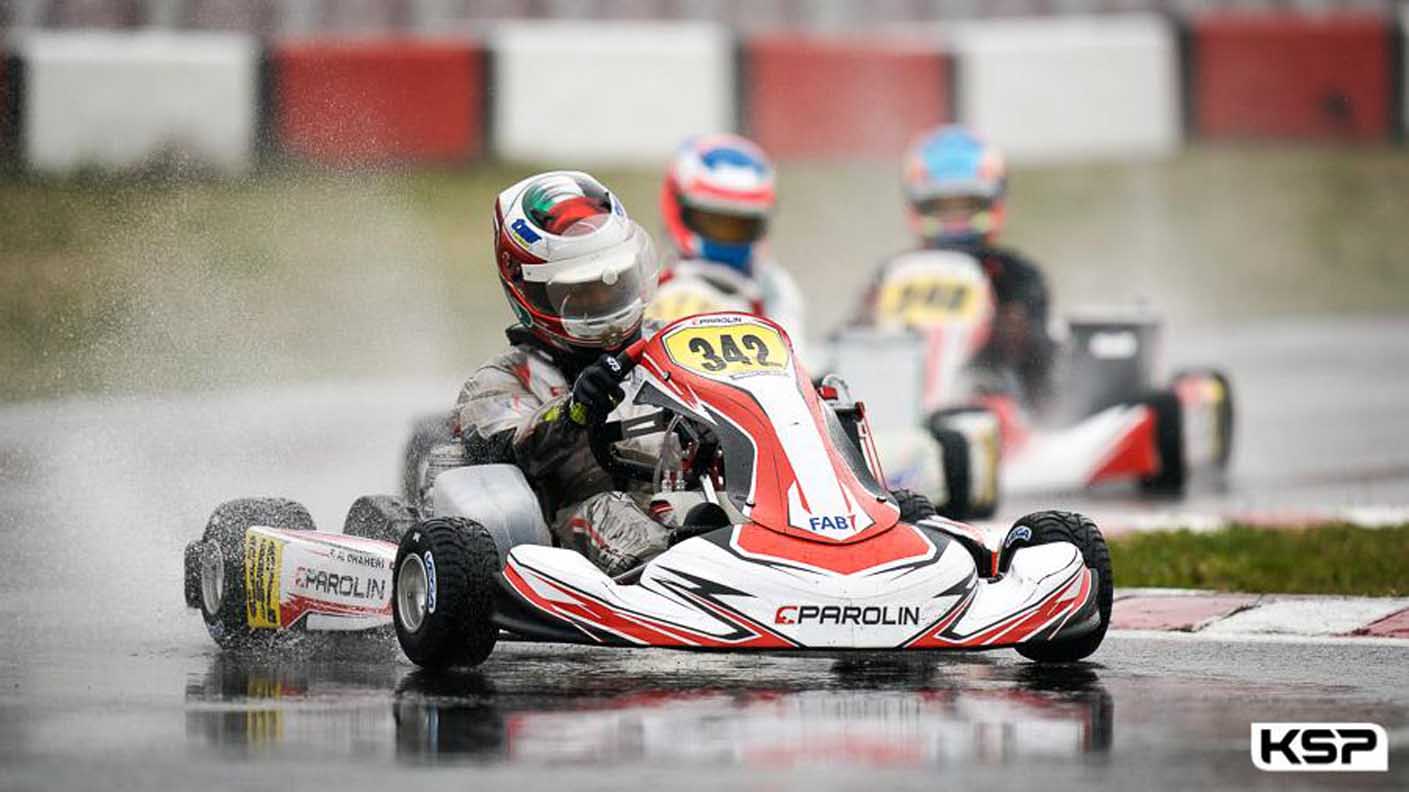 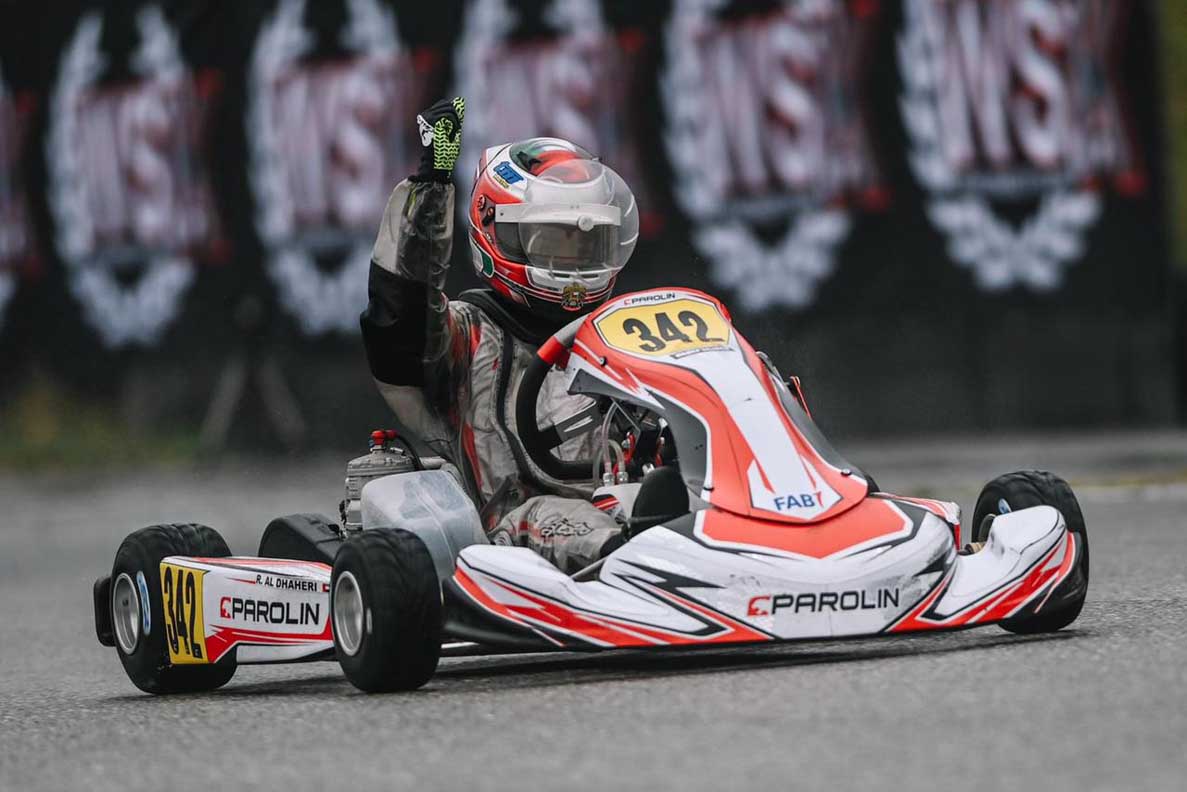 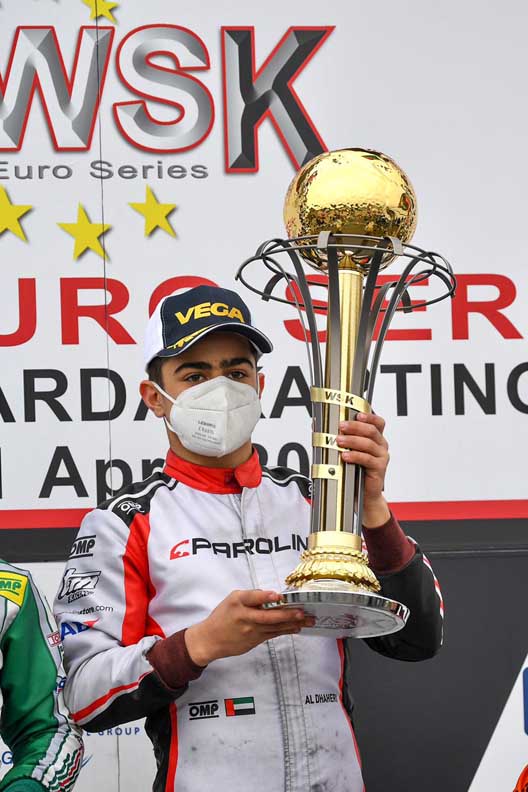 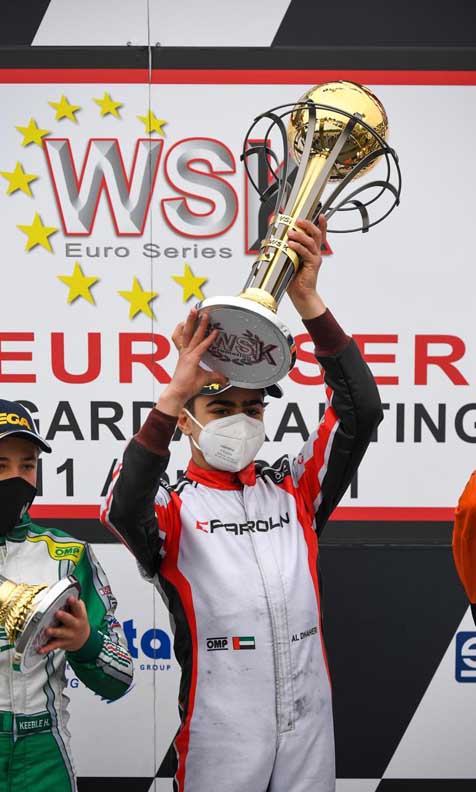 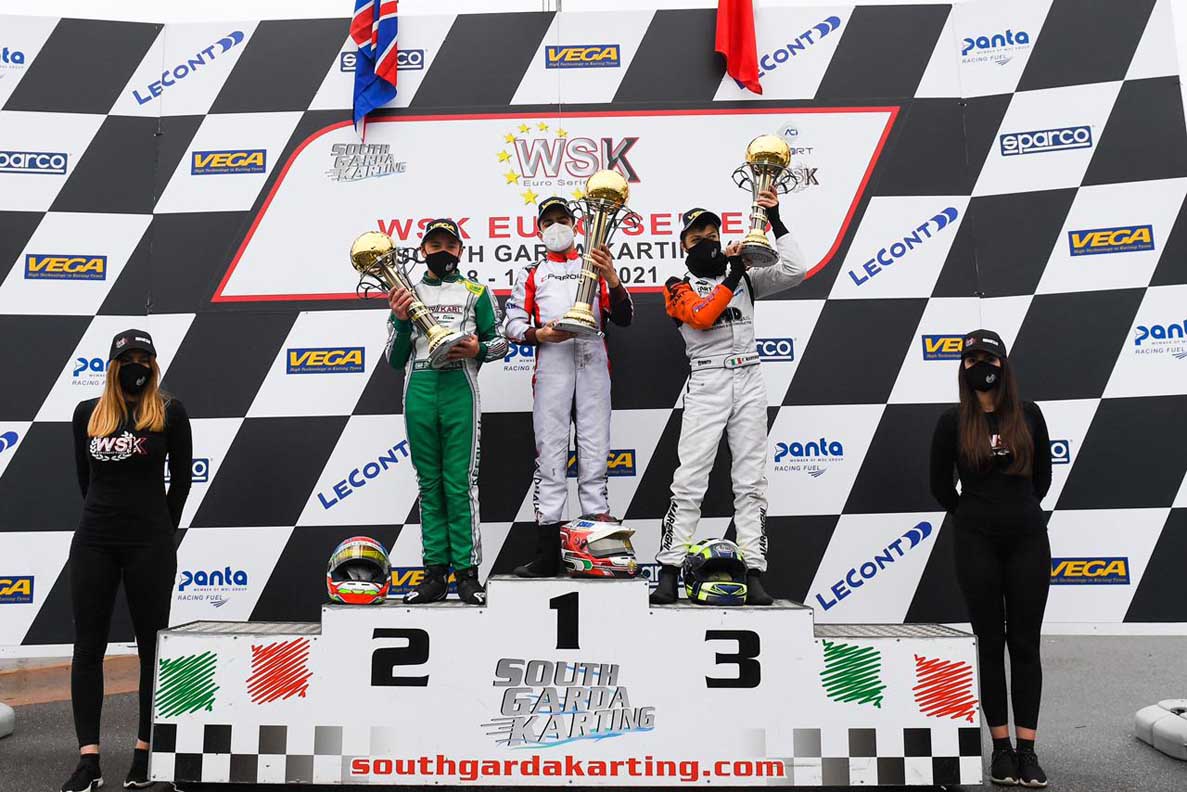