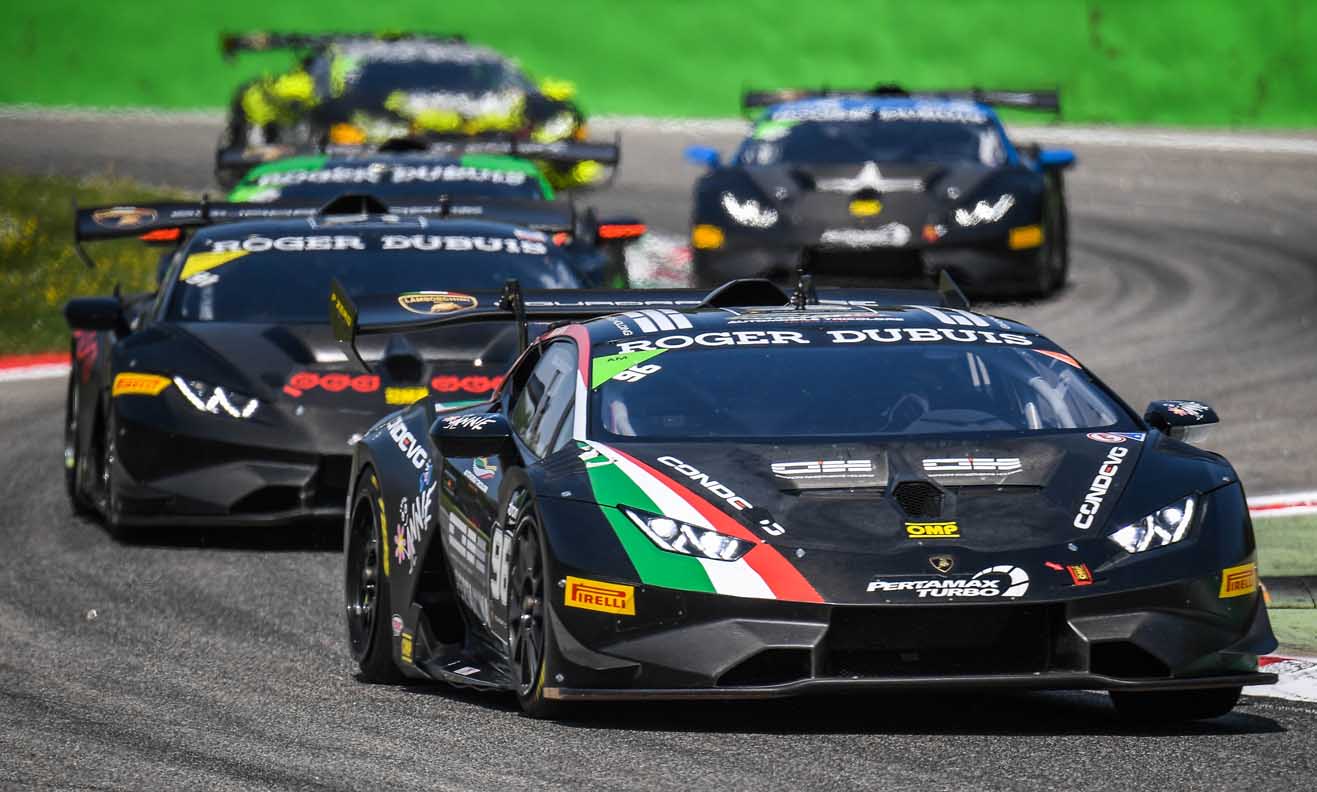 More than 30 cars will line up on the grid for the opening round of the 2021 Lamborghini Super Trofeo Europe season opener, which takes place at Monza in the north of Italy this weekend. Of those entries, a total of 15 rookie drivers will contest the 13th season of Super Trofeo Europe, which consists of 12 races across seven months and five countries.

The one-make GT series reserved for Lamborghini Huracán Super Trofeo Evos is one of the most competitive in the world and visits Monza (April 16-18) for the first time since 2018.

Leading the Pro entries for the new season will be the 2020 vice champion Kevin Gilardoni, who will be partnered at Oregon Team by former Formula 3 driver Leonardo Pulcini.

The young Italian raced a Lamborghini Huracán GT3 Evo in the Italian GT Championship last season and will be hoping to use his new-found experience to good use in Super Trofeo.

Continuing the youthful theme, Johan Kraan Motorsports will field Milan Teekens and Maxime Oosten for a full-season assault. The pair made their Super Trofeo Europe debuts at the back end of last season and will form a promising Pro line-up.

The returning Max Weering will drive the team’s second car as the 20-year-old embarks on a dual campaign in both Super Trofeo Europe and North America this year.

Expected frontrunners in the Pro category are also Lamborghini Young Drivers Kevin Rossel and Jonathan Cecotto, who will share the wheel of the #7 GSM Racing Huracán, while GT3 Junior Driver Alberto Di Folco will pilot the sole Imperiale Racing entry.

Also returning for 2021 is Target Racing’s Raúl Guzman, who enjoyed an encouraging debut season in the series last year, alongside Miloš Pavlović.

Guzman will be joined in the #41 car by Glenn van Berlo and the pairing will be hoping to take the title fight to early season favourites Sebastian Balthasar and Noah Watt (Leipert Motorsport). Guzman’s Mexican compatriot Michael Dörrbecker will also be making his first appearance in Super Trofeo this year with VS Racing, partnering Italian Mattia Michelotto in the #6 car.

Former karting Super Master Series runner-up Michelotto has some experience in a Super Trofeo car before, having contested the Italian GT Championship Sprint in a Huracán ST in 2019. Englishman Dan Wells teams up with China’s Oscar Lee in one of four Leipert Motorsport entries.

Staying with VS Racing is a tried and tested line-up in Pro-Am, with 2020’s class champions Karol Basz and Andrzej Lewandowski resuming their partnership for this season.

Their biggest challenge is expected to be Bonaldi Motorsport, who will field an all-Serbian line-up of 2014 Pro champion Pavlović and rookie Petar Matić.

Target Racing will count on the services of 21-year-old former single seater racer Andrea Cola and Russian Dmitry Gvazava. Czech outfit Micanek Motorsport is back for another year, with Formanek Bronislav and Jakub Knoll heading up their Pro-Am charge.

The Am class for 2021 is perhaps the most competitive. There are a number of returnees for this year, including Raffaele Giannoni, who is back with Automobile Tricolore.

Boutsen Ginion will field two cars, for French partnership Pierre Felgioni and Daniel Waszkzinski in the #12 car and Claude-Yves Gosselin and Renaud Kuppens in the #4.

A Leipert Motorsport car will be driven as single entry by Ray Calvin (Canada), while the third Target Racing car will be piloted by Sri Lankan Dilantha Malagamuwa and Silva Ashan Eranga. Oliver Freymuth is also back with his own AKF Motorsport team, while 2011 and 2012 Pro-Am champion Cedric Leimer and Jenny Laurent will drive for Autovitesse again this season.

In the Lamborghini Cup class, Donovan and Luciano Privitelio will represent the colours of Rexal FFF Racing Team by ACM. Libor Dvoracek will run solo for Micanek Motorsport.

Qualifying then takes place on Saturday at 10:40, featuring two 20-minute sessions. Race 1 follows on Saturday afternoon at 16:05, with Race 2 taking place on Sunday morning at 11:50. Both races will be 50-minutes. 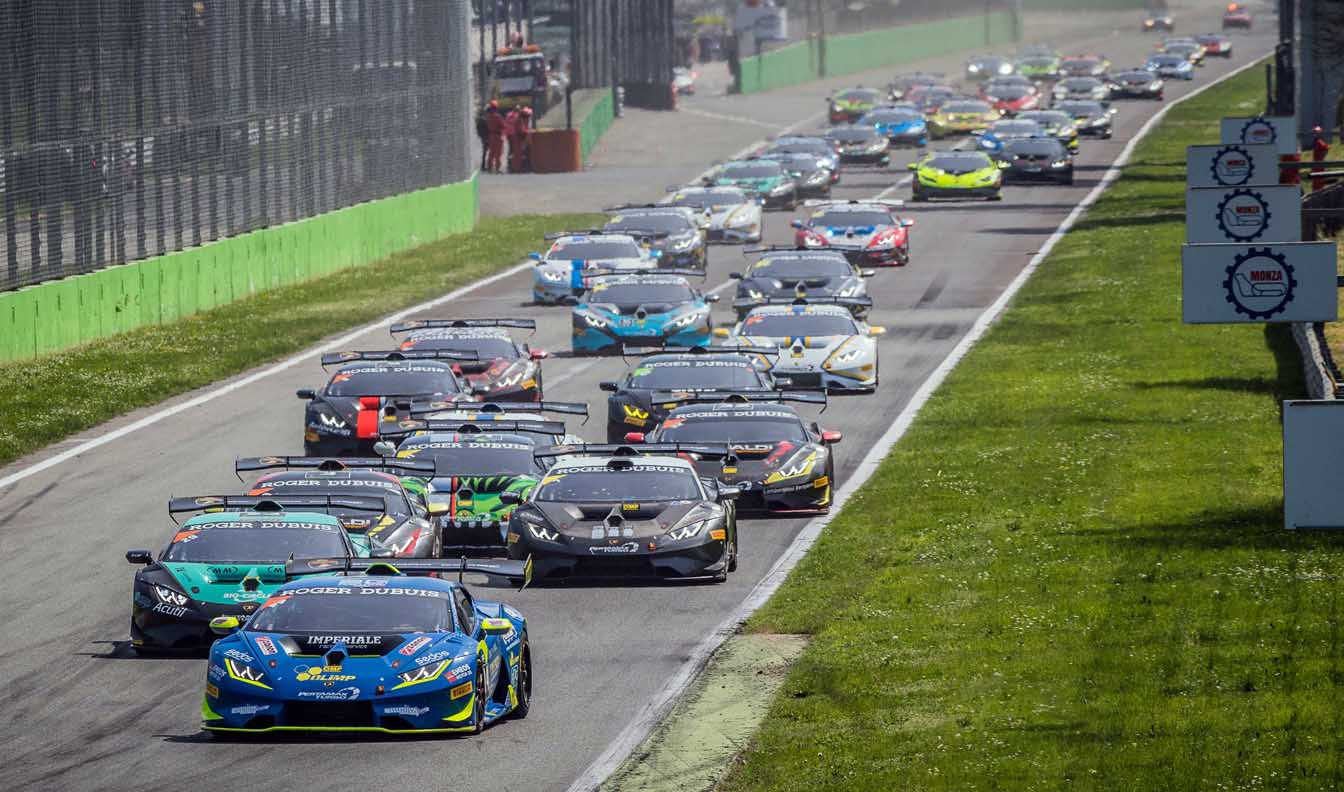 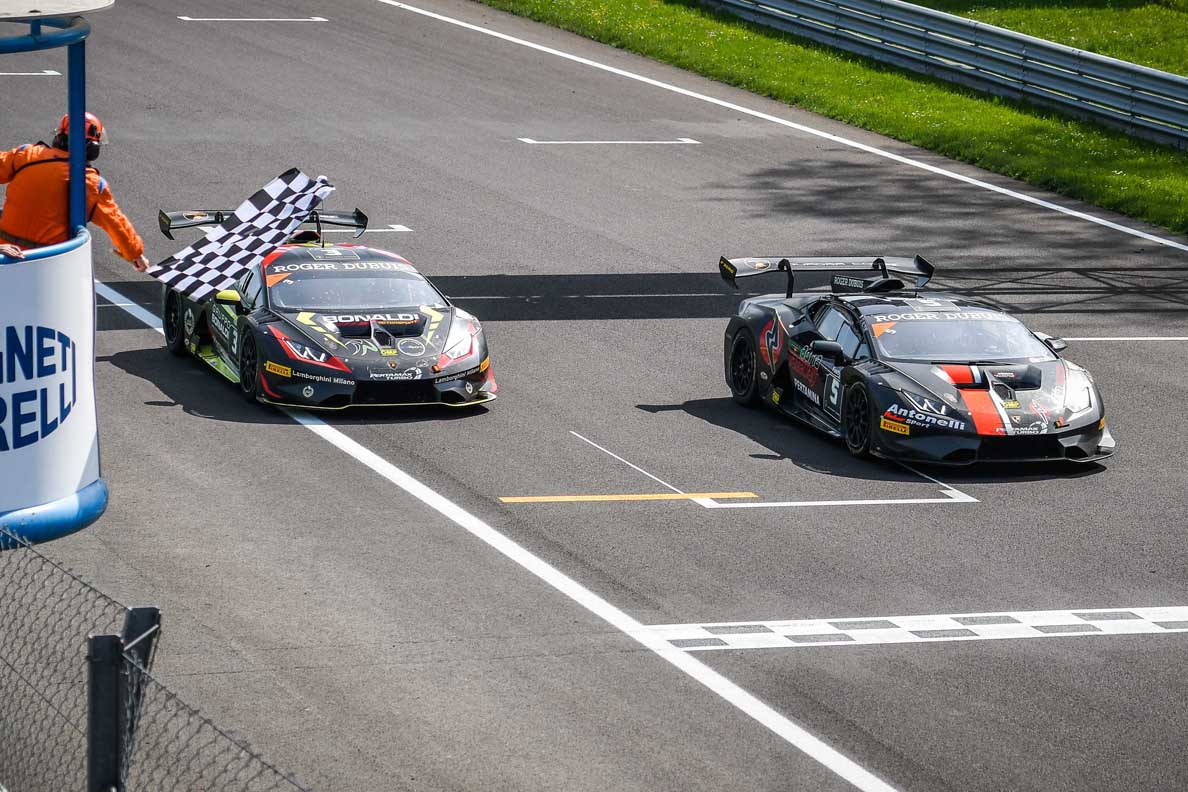 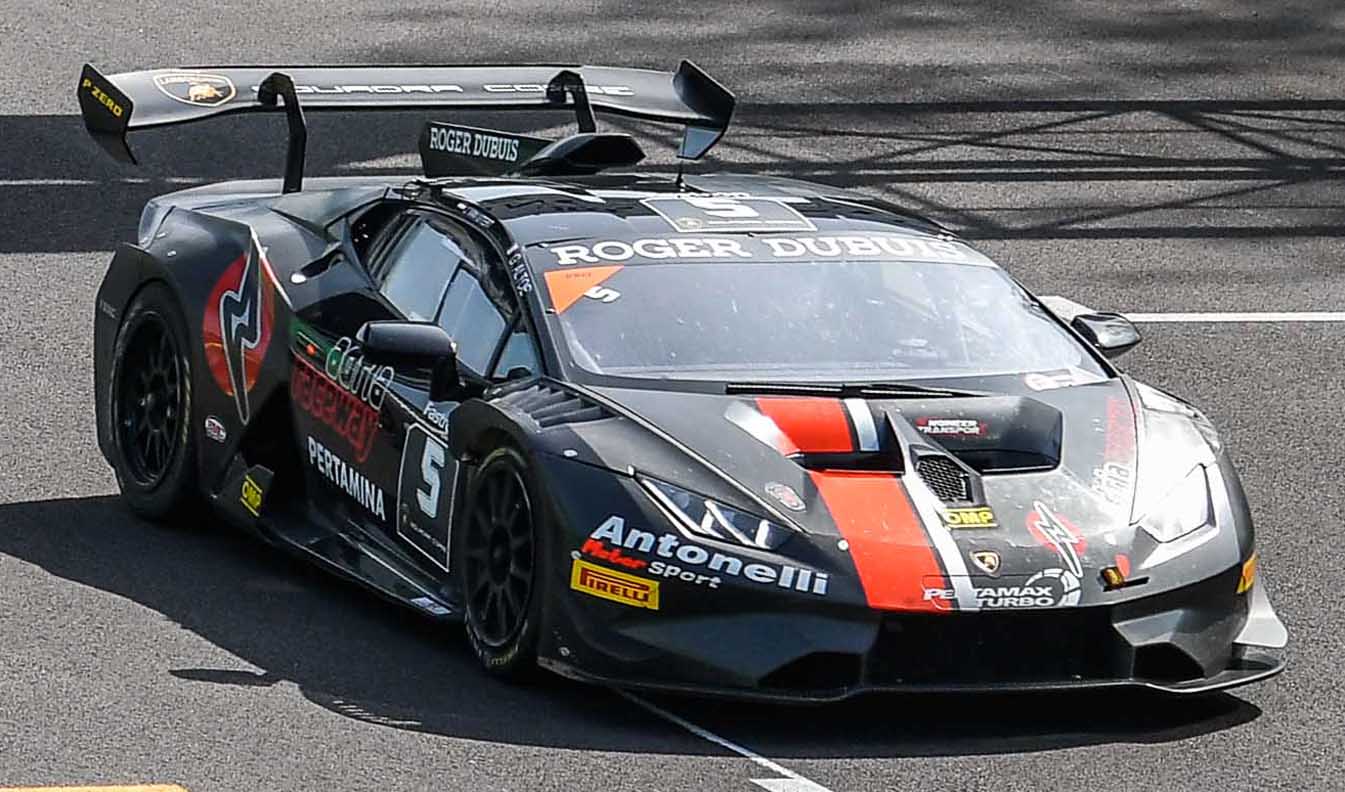 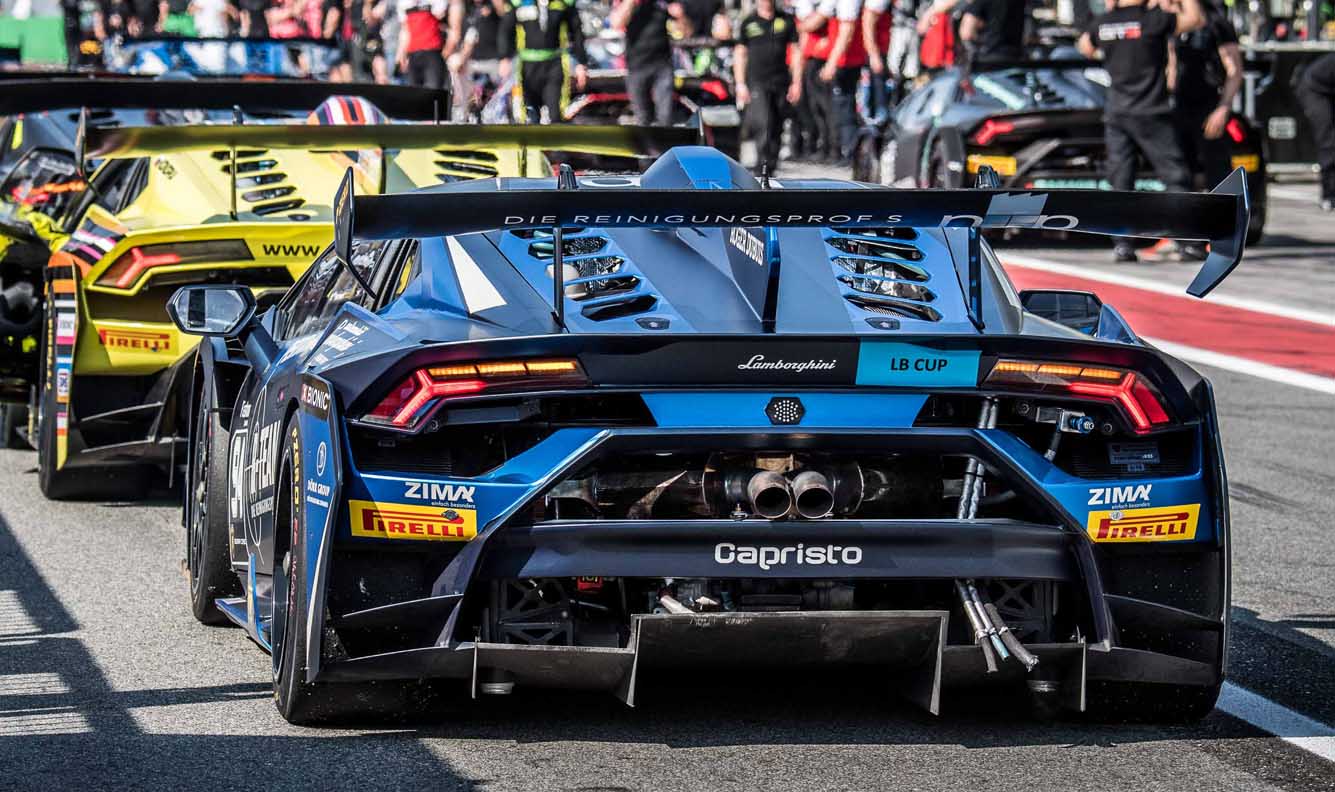 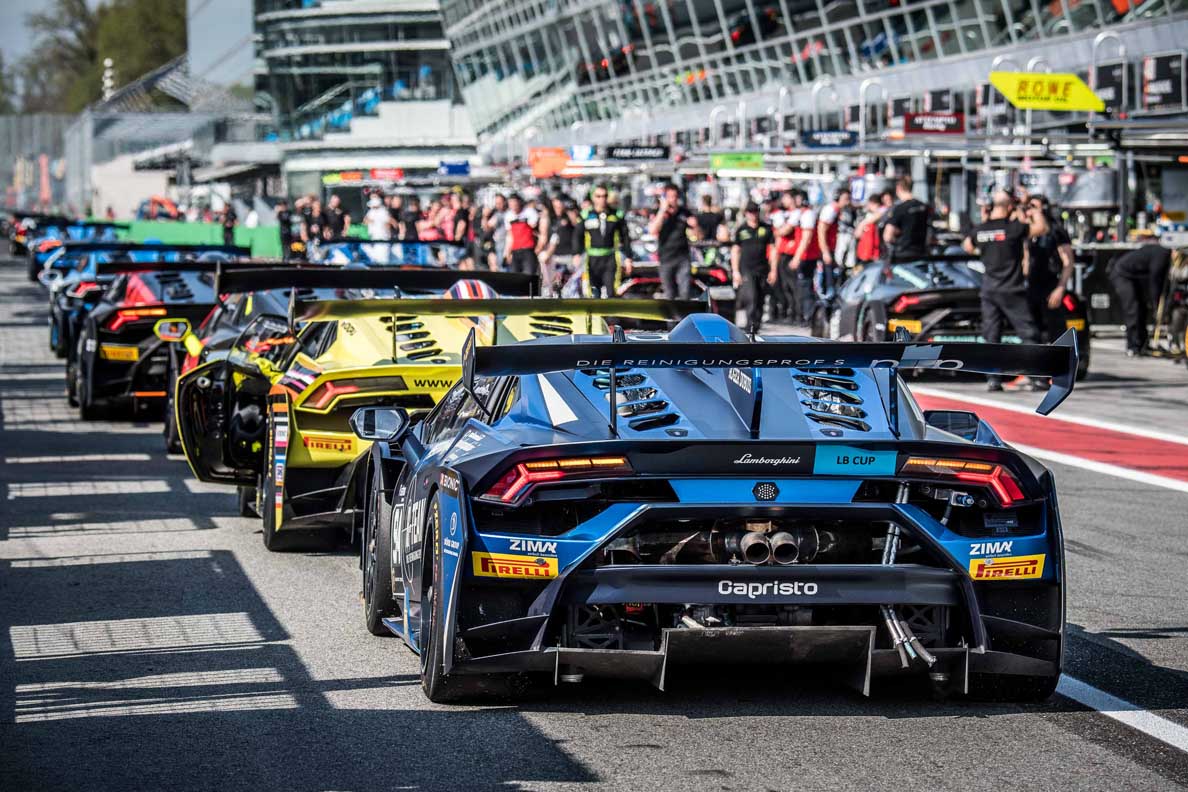