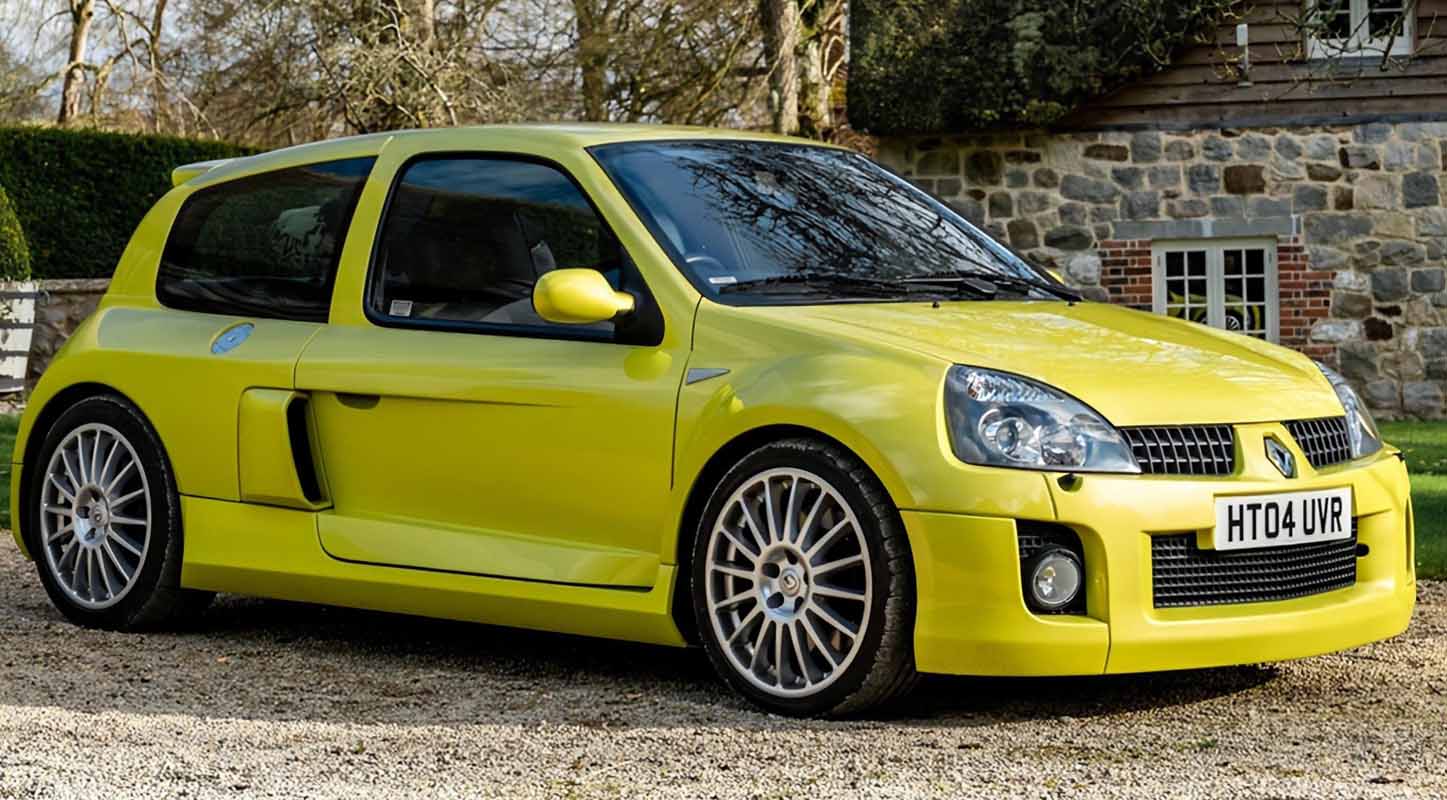 A special Renault Clio V6 Phase 2 has just set a new world record, becoming the most expensive example ever sold at auction.

The unique hot hatch sold for a remarkable auction hammer price of £90,000 through online marketplace Collecting Cars, which also holds the world record sale price for the Clio V6 Phase 1 (£62,540). The platform also held the previous Phase 2 record at £73,000.

The record-breaking Clio V6 is an attention-grabbing low-mileage example of the breed. Finished in eye-popping Acid Yellow, the paint option was offered as a special i.d. (Individual Design) Metallic Pearlescent Illusion option and is exceptionally hard to find, with only eight right-hand drive examples in the hue out of 21 worldwide.

Powered by a mid-mounted 3.0-litre V6 engine which sends around 255hp to the rear wheels via a six-speed manual transmission, this example has just over 17,000 miles and a comprehensive service history, looked after exclusively by main dealers and Renault specialists.

The vehicle features an illustrious history, once used as the safety car to support the 2005 Clio Cup series. It also attended the 2005 Goodwood Festival of Speed where it was piloted up the hill-climb route by former F1 driver Patrick Tambay. It was also the outright winner of the ‘Best Clio V6’ prize at the 2016 Origine RS (UK’s largest gathering of V6 Clios).

At launch, the Phase 2 Clio V6 was the most potent hot hatch available. With an extra 25bhp over its predecessor, it could sprint from 0-62mph in 5.8 seconds and reach a top speed of 153mph. The later car also had a longer wheelbase, wider front track, firmer suspension and the addition of stiffer subframes, new bump stops and longer trailing arms for improved handling.

“Low-mileage examples of the Clio V6 are becoming harder to find, and this particular car represented a likely unrepeatable combination of exceptionally rare colour, full leather interior, and excellent history. It would be fair to say this result surpassed anyone’s expectations, which goes to show the power of auctions for collectible cars, because there is no limit to how high the bidding can go.” 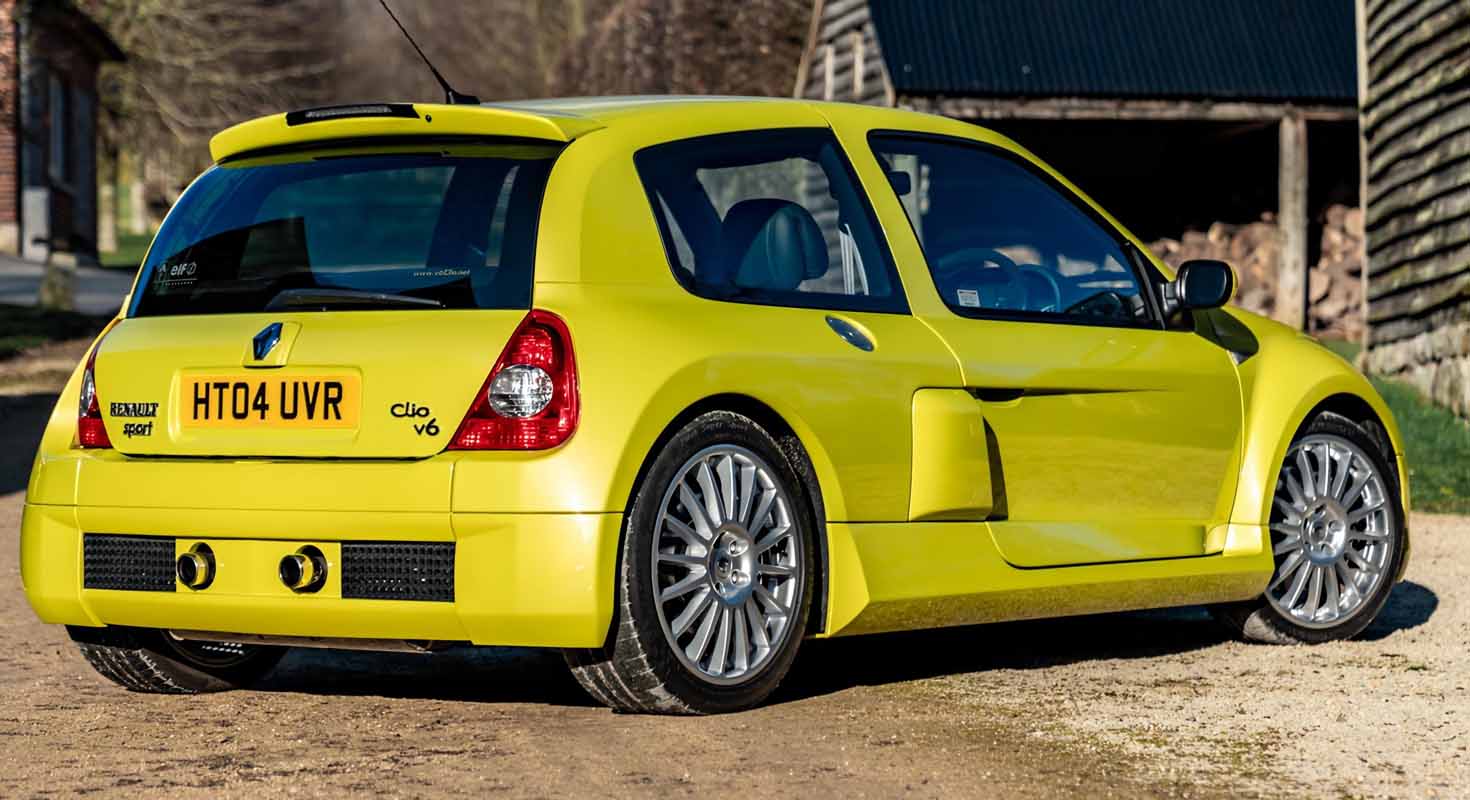 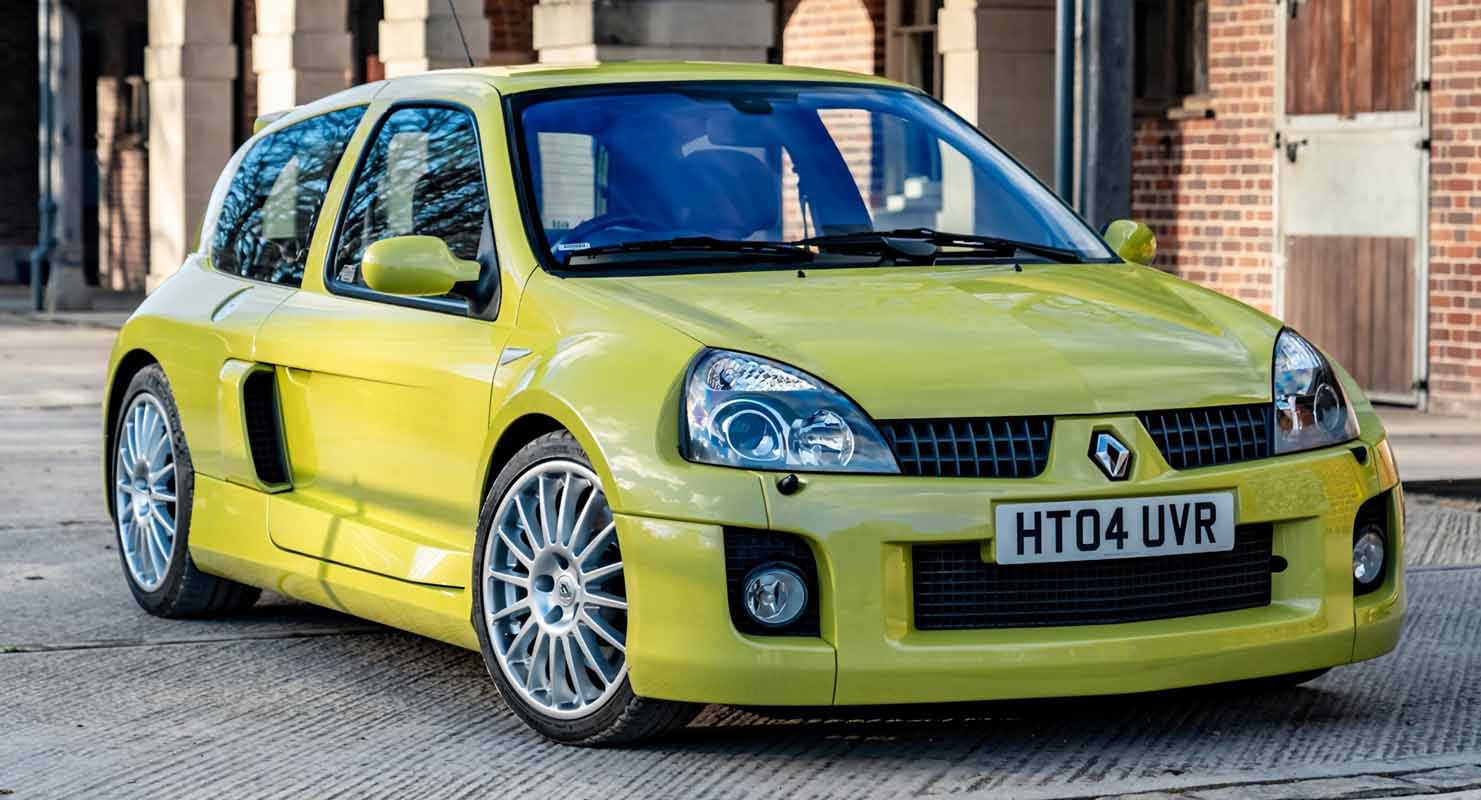 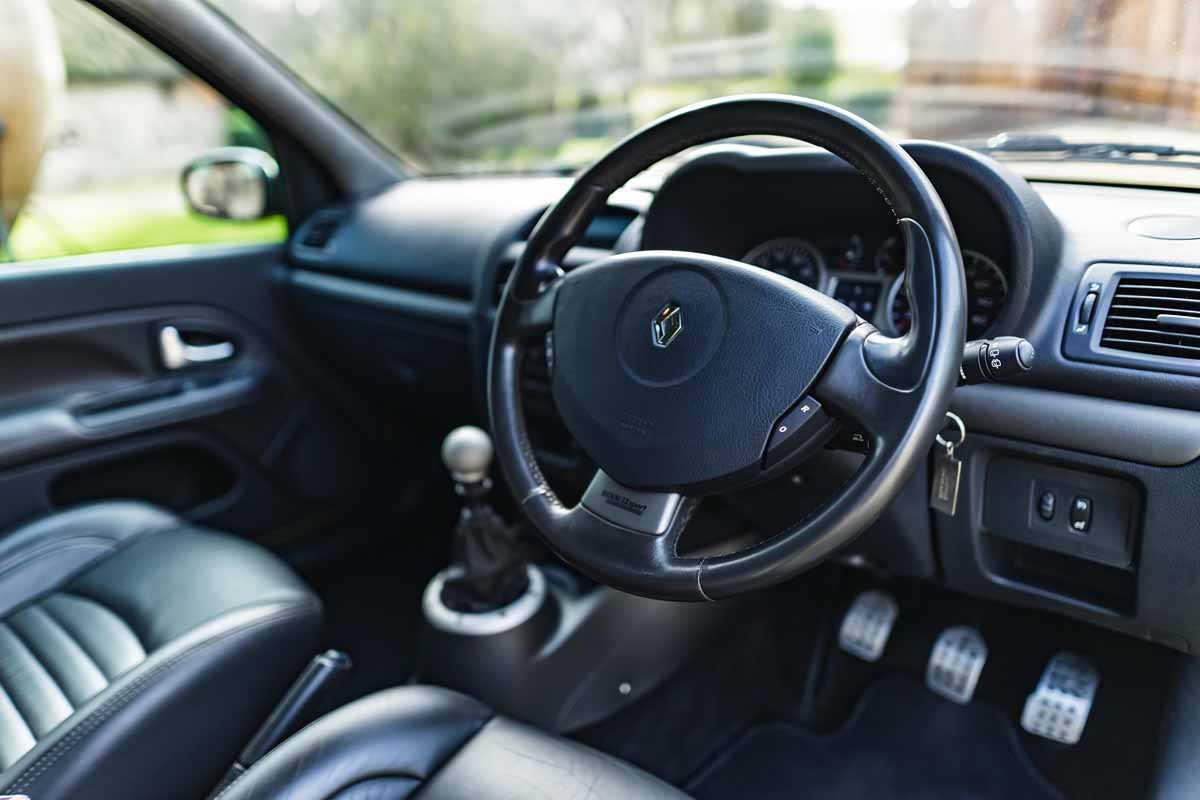 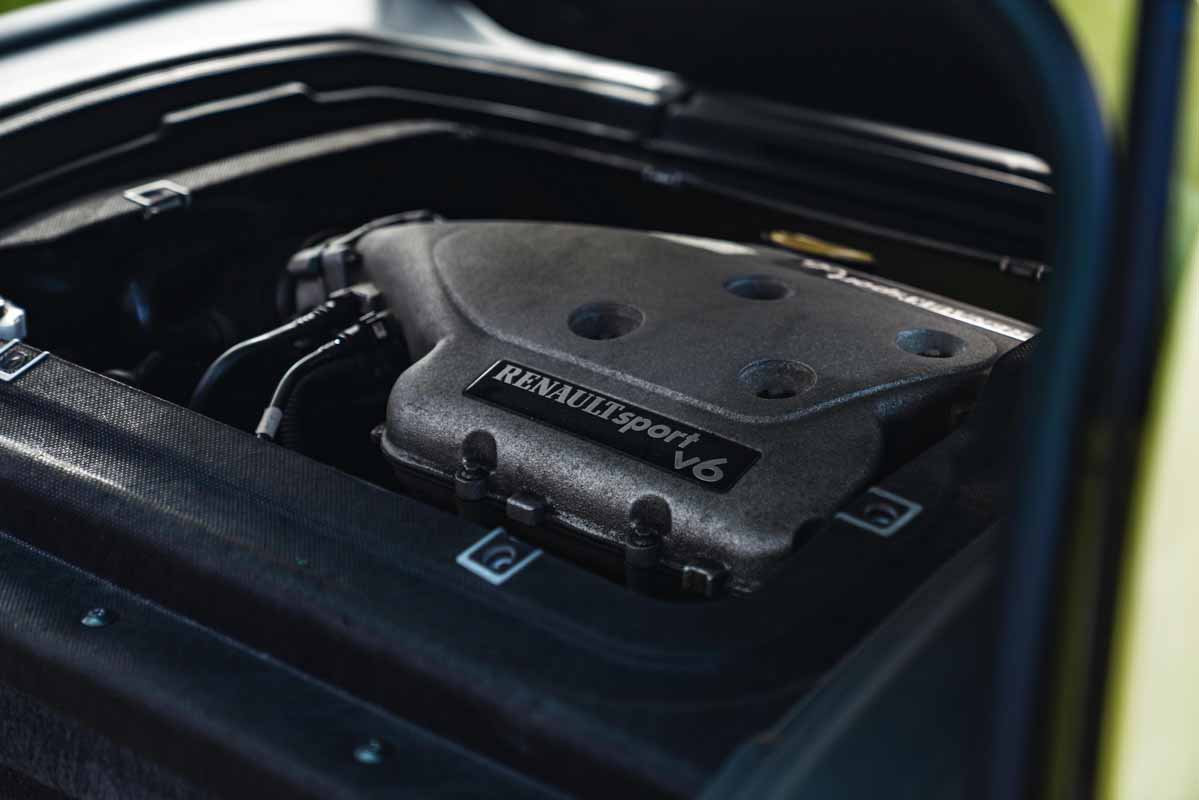 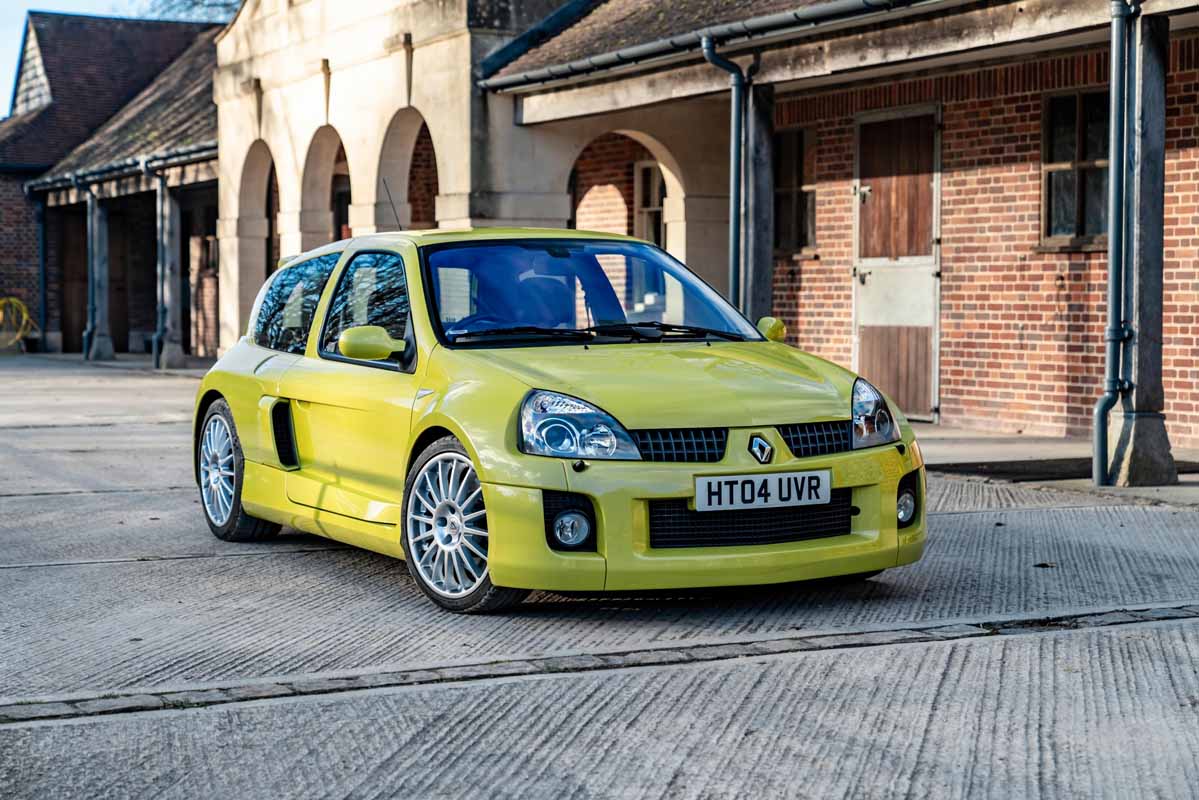 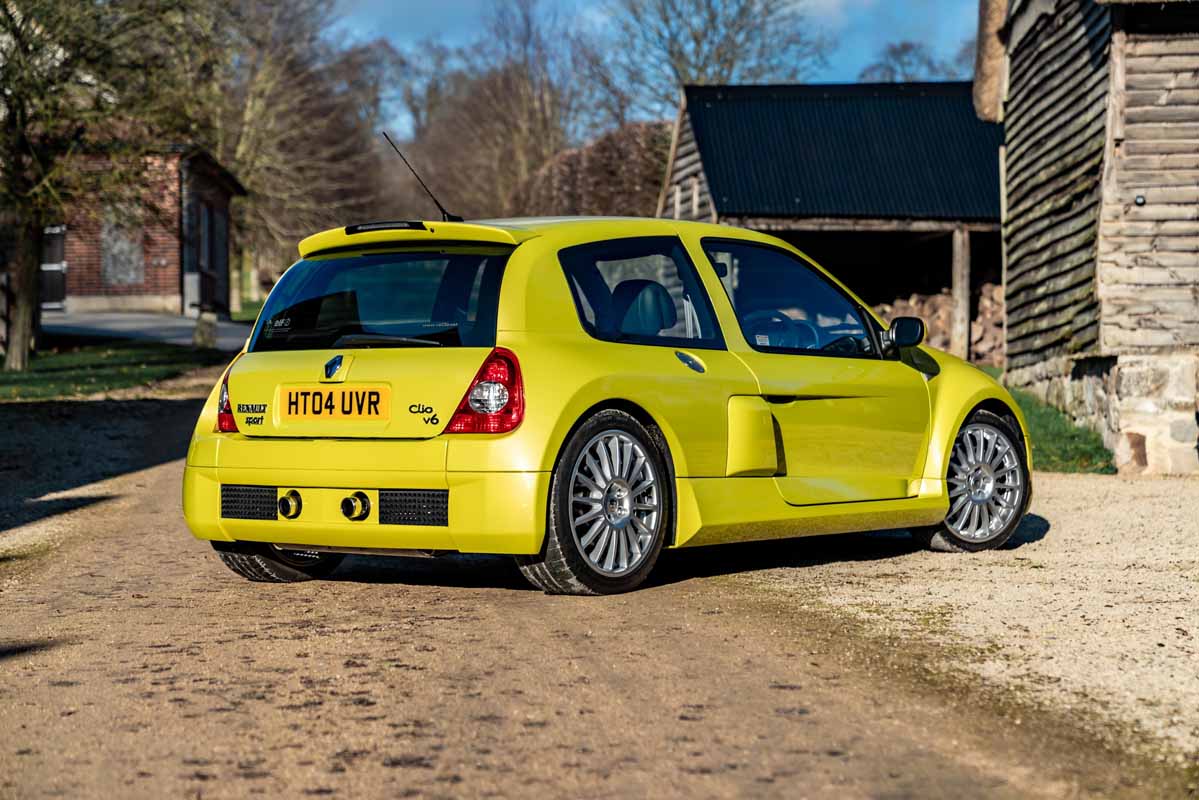