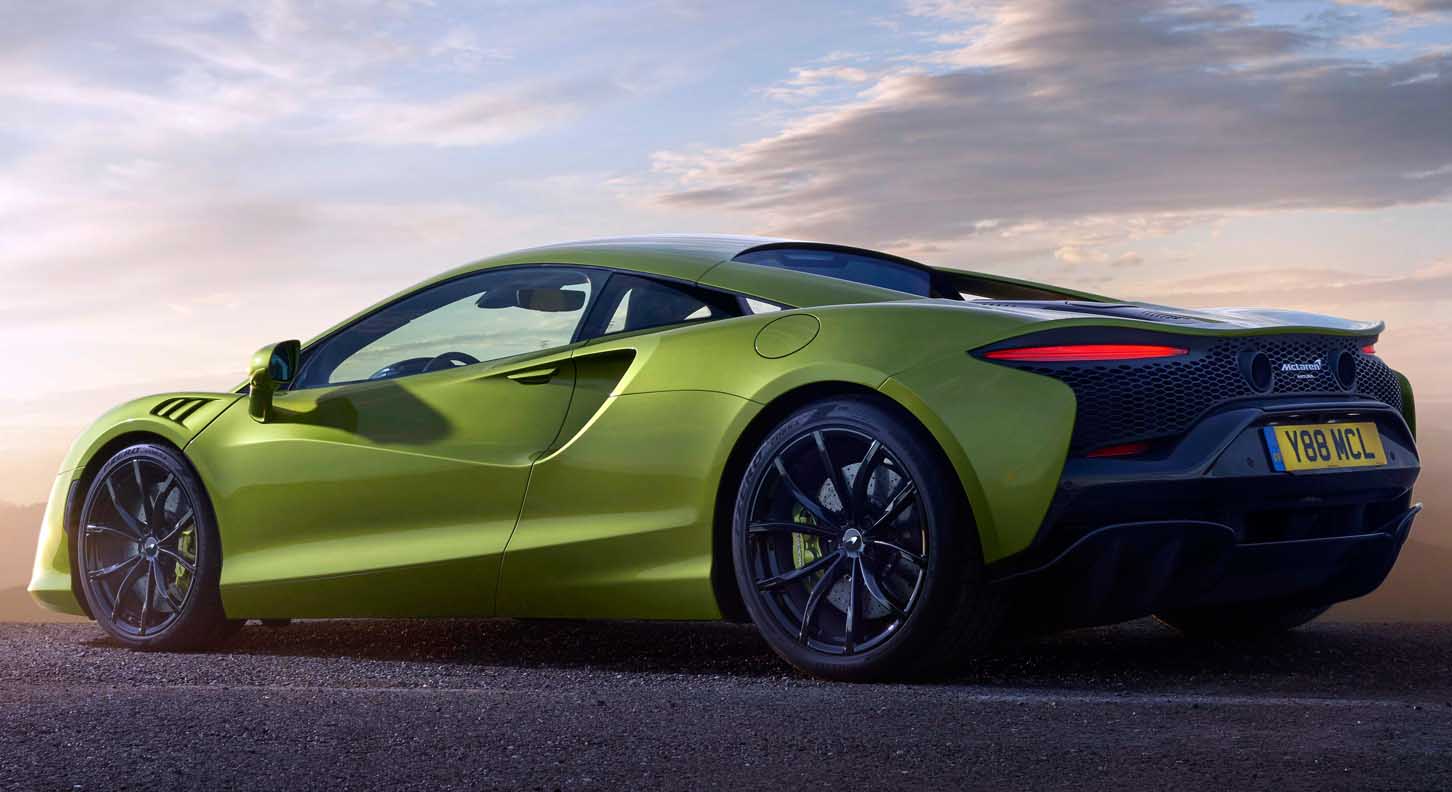 Pirelli now equips as standard a tyre with sensors that can talk to a car for the first time. This world premiere of original equipment is thanks to Pirelli’s Cyber Tyre system, made up of a sensor in each tyre that gathers vital data for safe driving, is linked to software integrated into the car’s onboard computer.

The car in question is the McLaren Artura, complete with sensor-equipped tyres: a hybrid supercar packed with technology for an even safer and more involved driving experience. Cyber Tyre technology offers a plethora of information to the car and driver: the tyre’s ‘passport’ – the type of tyre, whether it’s a winter or summer version, prescribed pressure, load index and speed rating – as well as current running information, such as temperature and pressure.

This data – including temperature and pressure, constantly monitored and transmitted in real time – is vital when it comes to safety. The information is also delivered, with greater precision compared to traditional sensors on the valve, as the Pirelli transmitting sensors are in direct contact with the actual tyres rather than the wheel rims.

The data supplied from the sensors is processed by software created by Pirelli that is integrated into the car’s electronics. Some information can be seen on the dashboard and the central display; other information is used by the car’s electronics to calibrate the driver alert systems based on the exact characteristics of the tyres and their status.

SAFETY FIRST ON THE ROAD

For example, a car equipped with Pirelli’s Cyber Tyre system can alert drivers that they need to check the tyre pressures in order to continue driving safely. Alternatively, when it’s time to change the type of tyres – which often carry a different speed rating from summer to winter – the car alerts drivers when the maximum speed for that tyre is at a capacity. The specific functionality of Cyber tyres is chosen and defined by the manufacturers adopting them for each model.

A VIRTUAL RACE ENGINEER ON BOARD

In the case of the McLaren, some of these functions have been specifically selected for use on a racetrack. For example, Pirelli Cyber Tyre allows drivers to adapt tyre pressures to obtain better performance on track based on their individual driving style.

As a result, the alerts that drivers receives are altered too. Drivers can also be notified about when the tyres have reached optimal temperature, allowing them to access the correct window to extract the maximum possible performance out of the car-tyre package. Drivers can additionally be told when to cool their tyres again. Just as if there were a proper race engineer in the passenger seat.

Pirelli’s engineers have developed bespoke P Zero tyres for the McLaren Artura in 235/35Z R19 size at the front and 295/35 R20 size at the back together with McLaren’s own engineers. The tyres have an asymmetric tread pattern, which gives excellent braking performance to guarantee control of the car under all conditions, particularly when it’s wet. P Zero Corsa tyres, developed specifically for use on the track as well as the road, are also available, featuring a compound derived from Pirelli’s motorsport experience.

For winter, the McLaren Artura benefits from unique P Zero Winter tyres specifically designed to match its characteristics, with a tailor-made compound and tread pattern design that guarantees performance similar to the P Zero summer tyre. All three of these tyres for the McLaren Artura can be distinguished by their MC-C markings on the sidewalls, which indicates the unique development that has been carried out by Pirelli especially for McLaren, using Cyber Tyre technology.

PIRELLI CYBER: ONE TECHNOLOGY WITH MANY DIFFERENT APPLICATIONS

The Pirelli Cyber Tyre system will represent the future of tyres: capable of giving cars a sense of touch by allowing them to identify or predict potentially hazardous situations such as loss of grip and aquaplaning, which means that the cars electronics can promptly intervene.

The next step will be tyres connected to a network with other vehicles and the surrounding infrastructure. Back in November of 2019, Pirelli was the first tyre company in the world to share information relating to road surfaces over the 5G network, thanks to sensor-equipped intelligent tyres. This was presented at the “world-first 5G enhanced ADAS (Advanced Driver Assistance Systems) services” showcase event in Turin.

These systems are constantly evolving, in the same way that autonomous driving systems are also becoming more and more advanced. The jobs entrusted to the driver today – assessing the level of grip provided by the road surface and weather conditions – will be increasingly handed over to the tyres, meaning that the car will automatically slow down when conditions become slippery, with driver aids activated to increase safety.

As connectivity between vehicles comes online, a car will be able to advise other driverless cars about an imminent potential hazard. All this adds up to a genuine sense of touch delivered by the only part of the car in contact with the road: its tyres 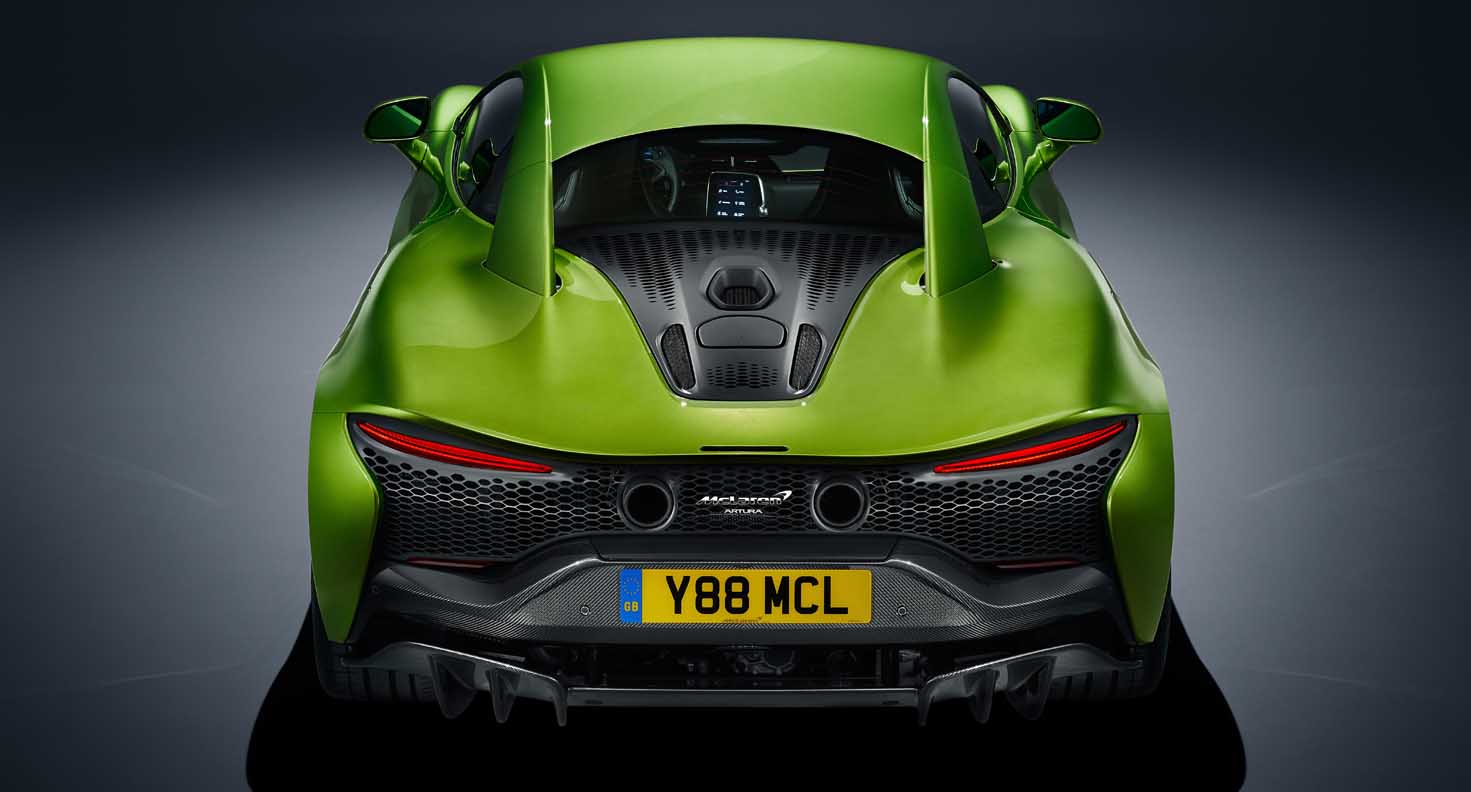 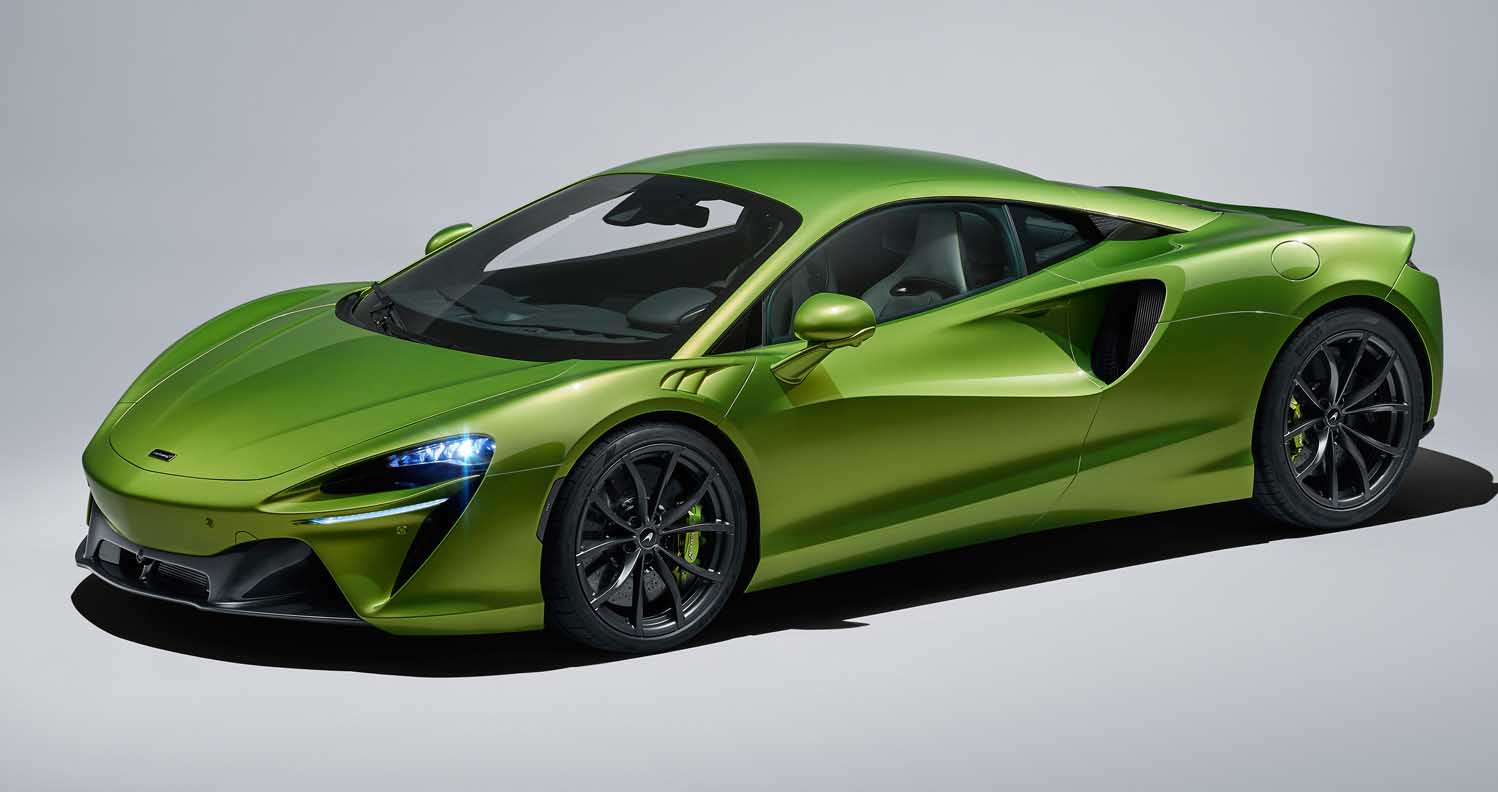 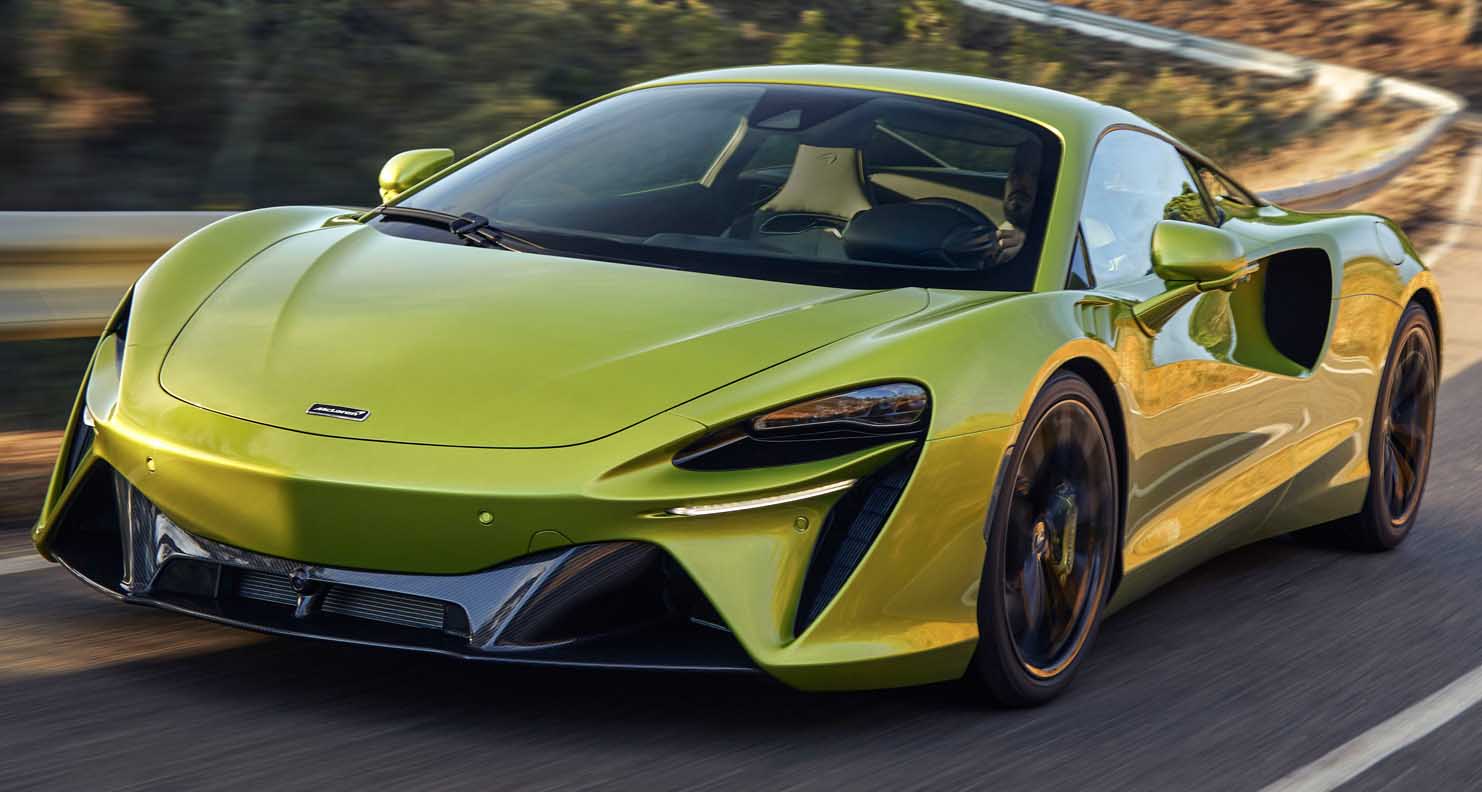 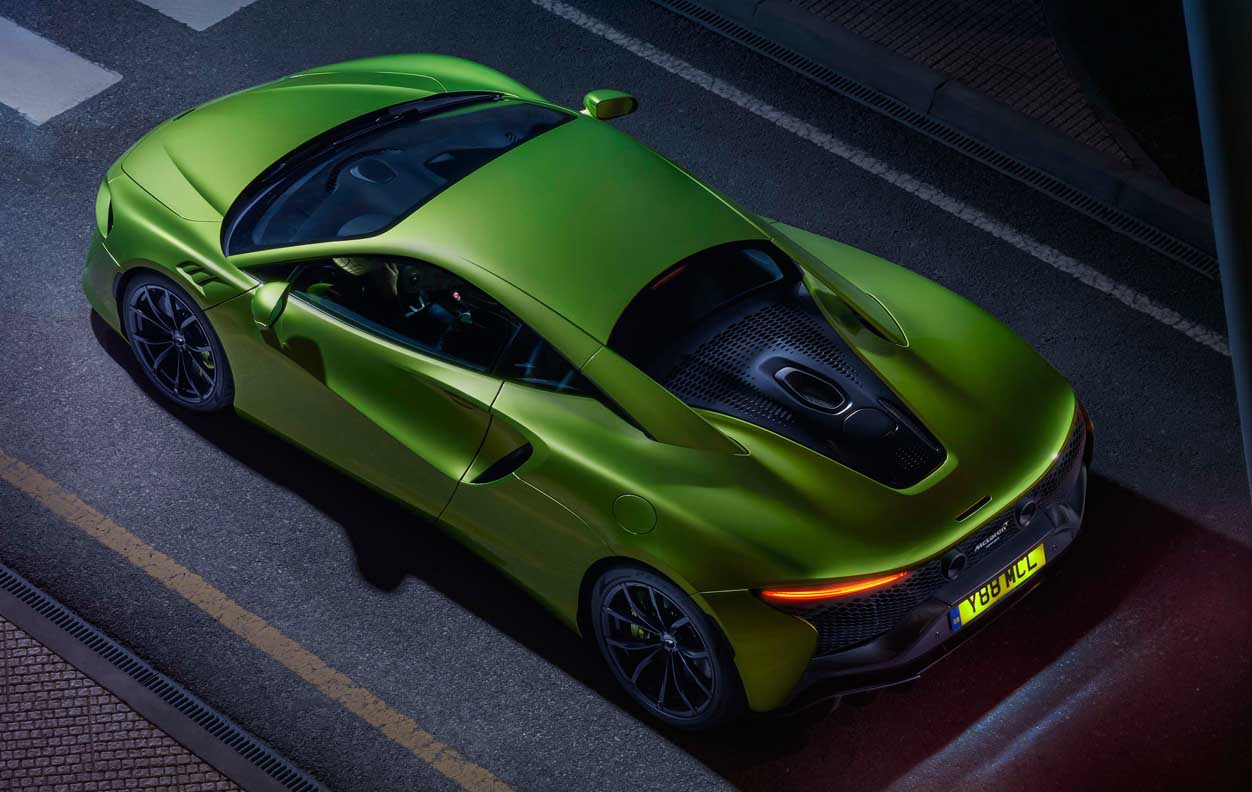 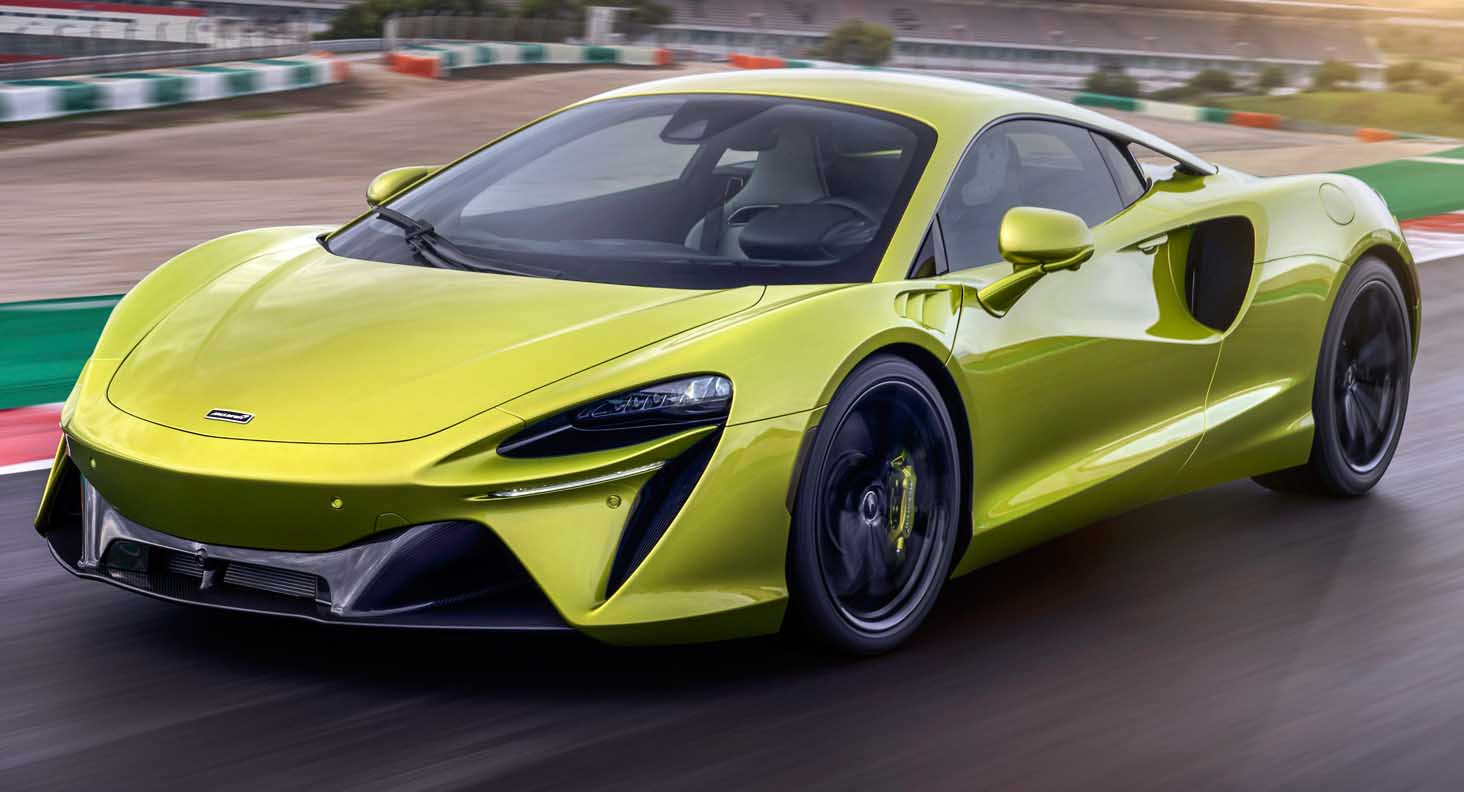 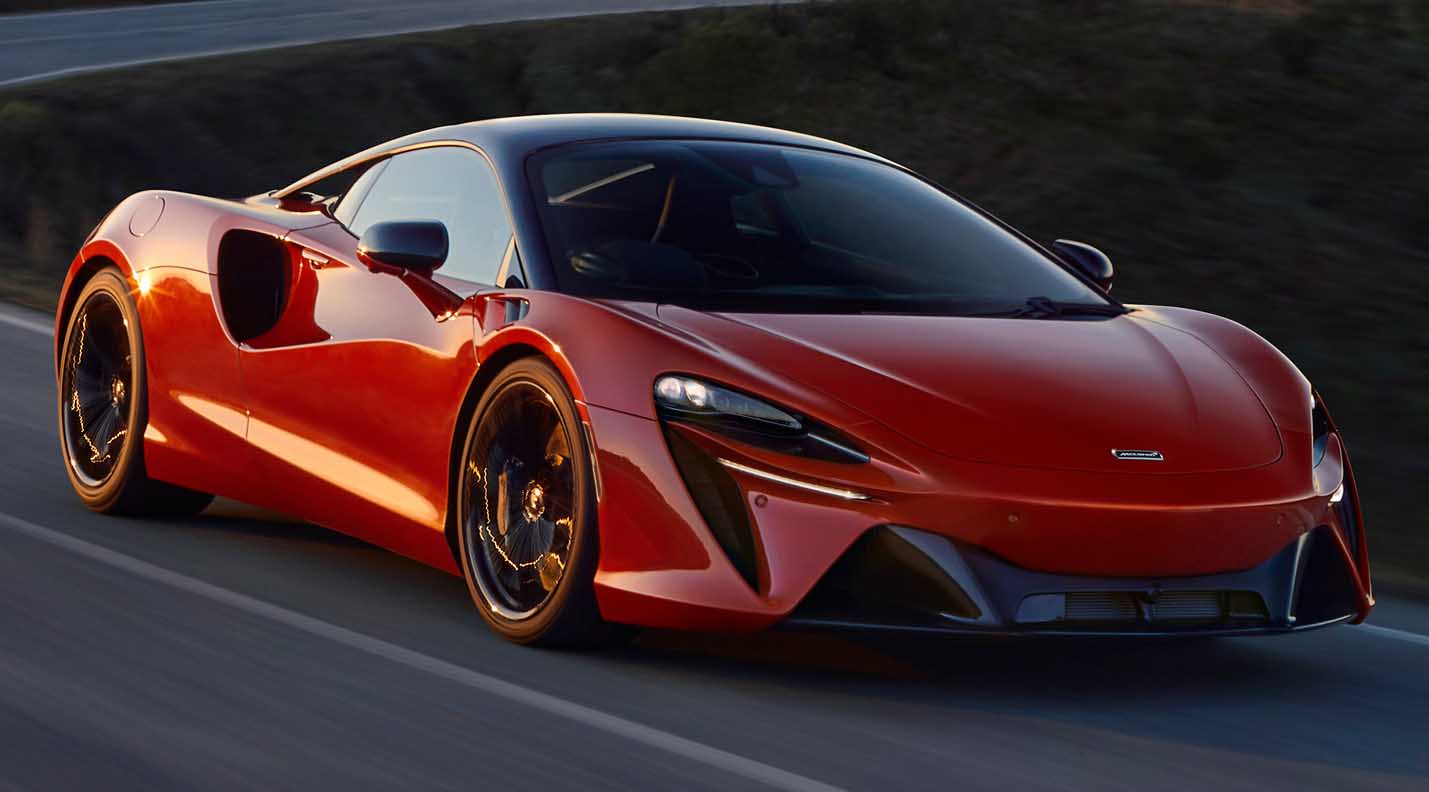 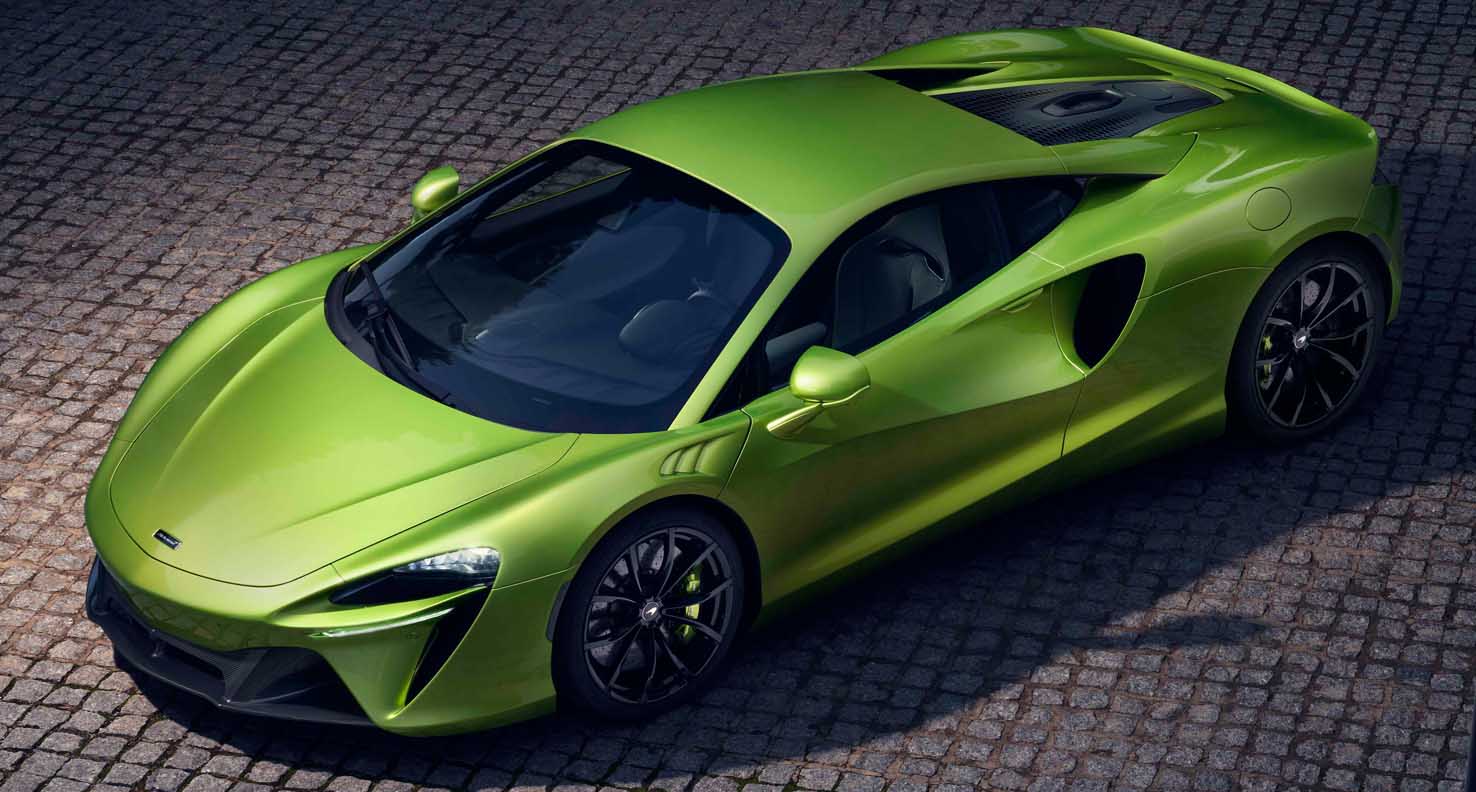 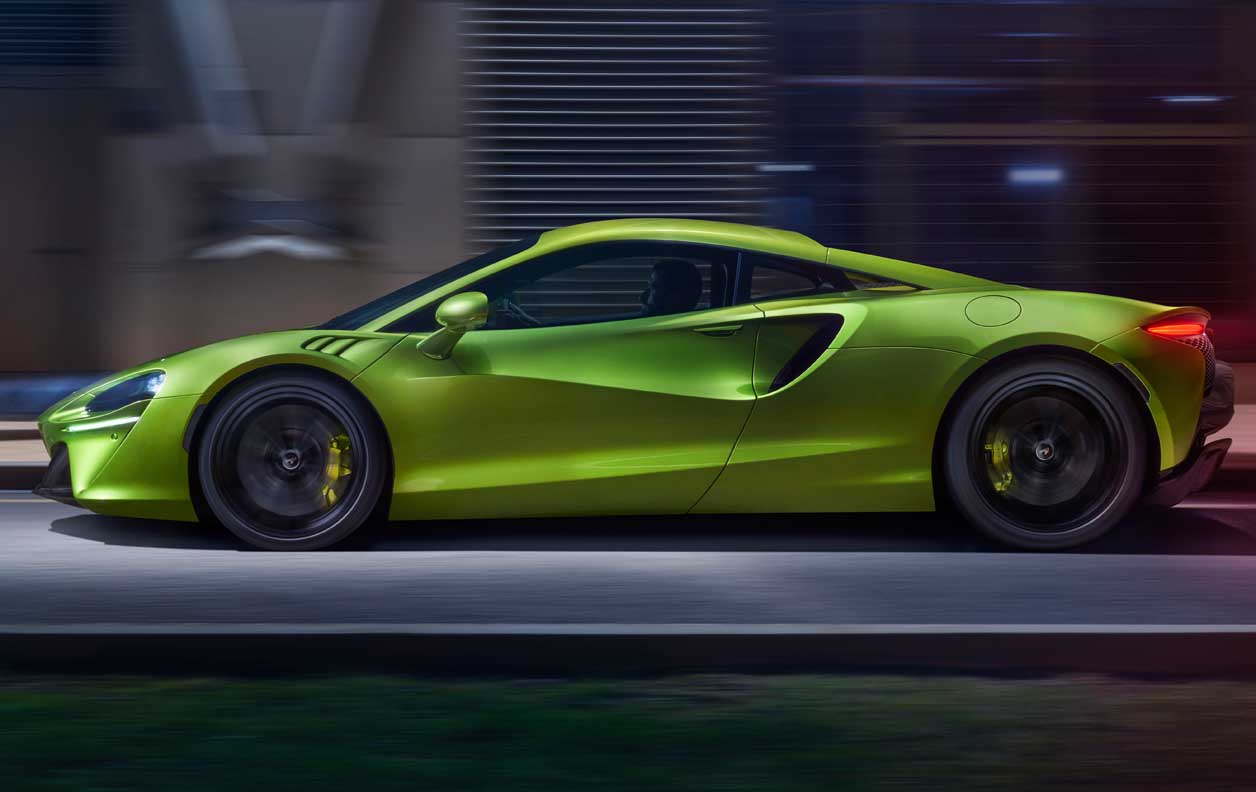 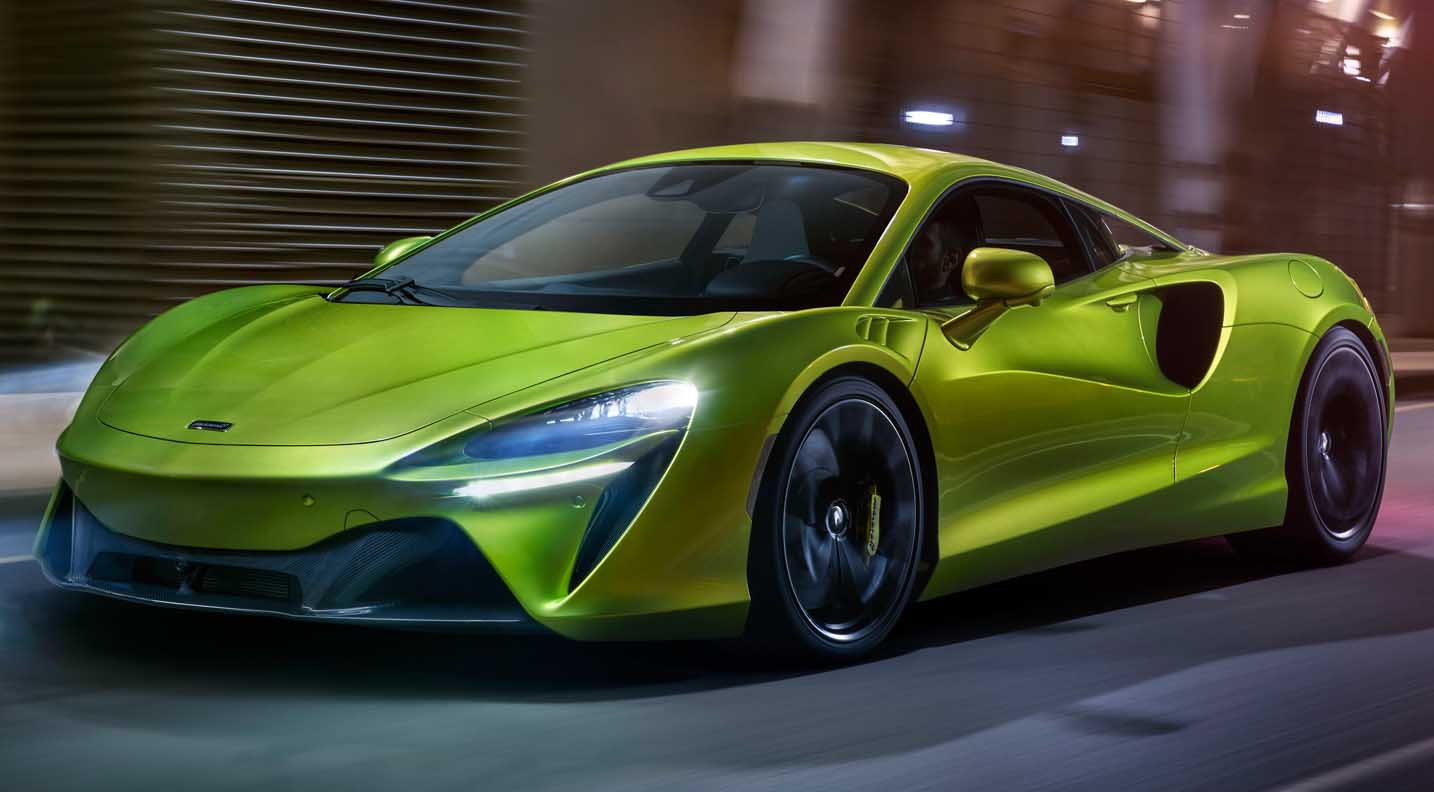 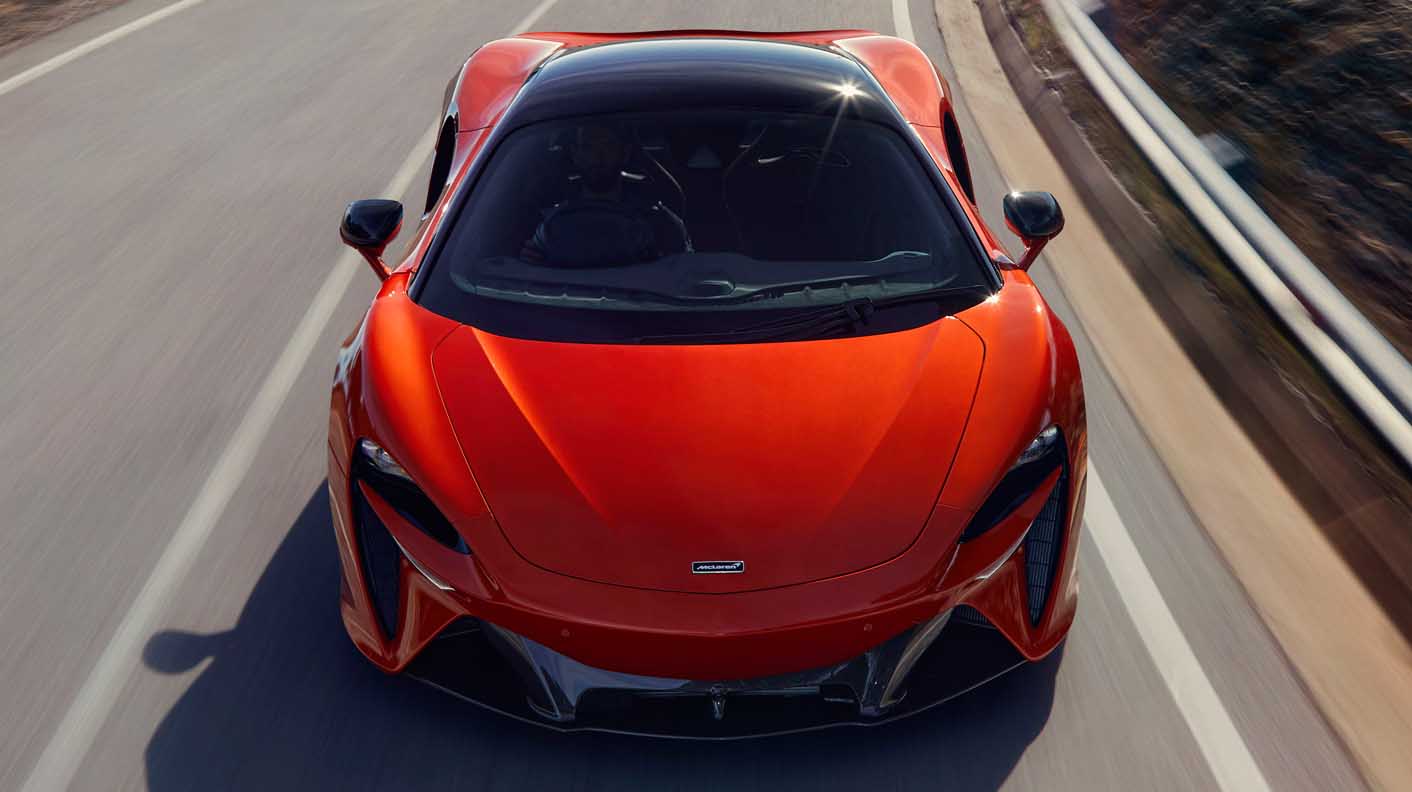 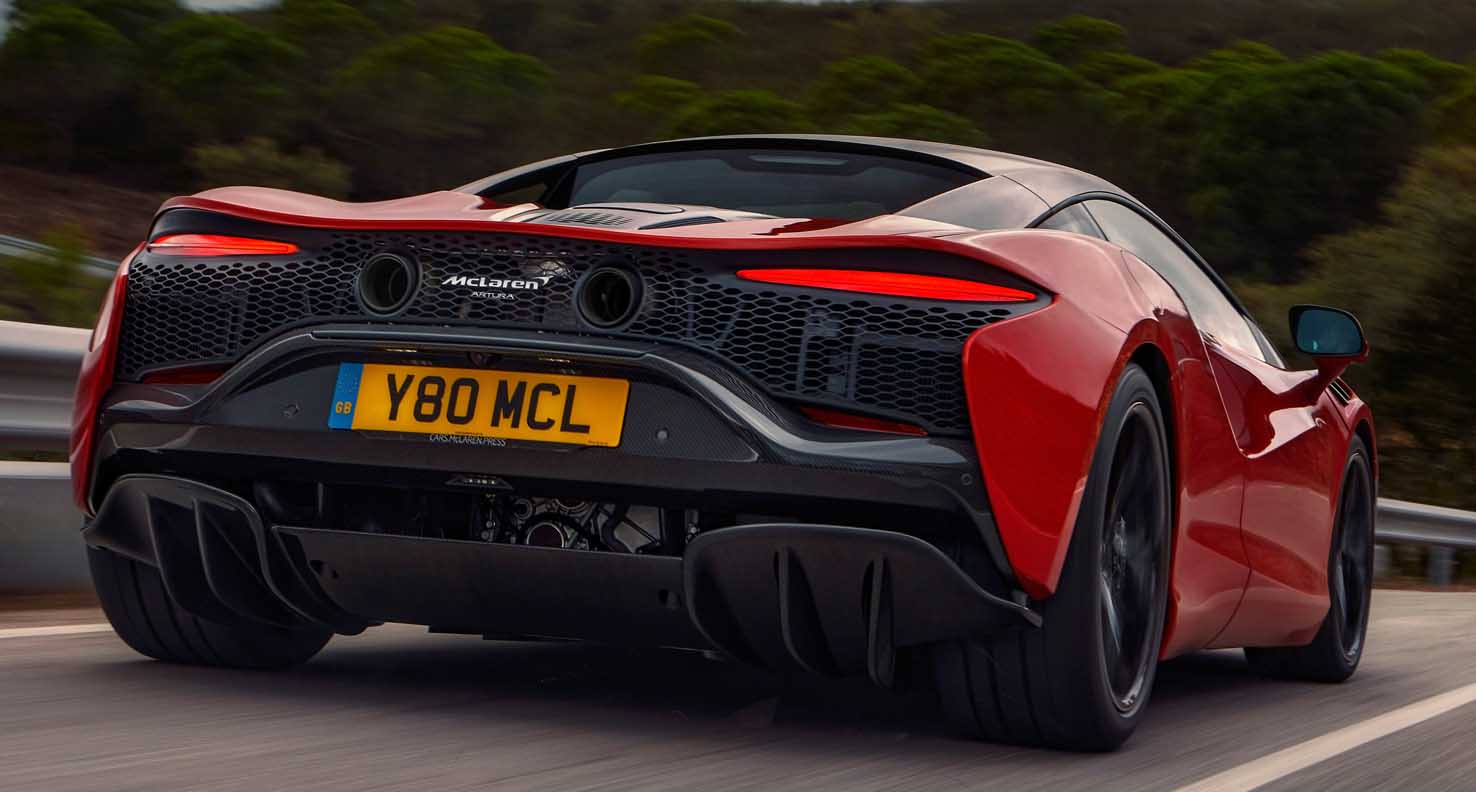 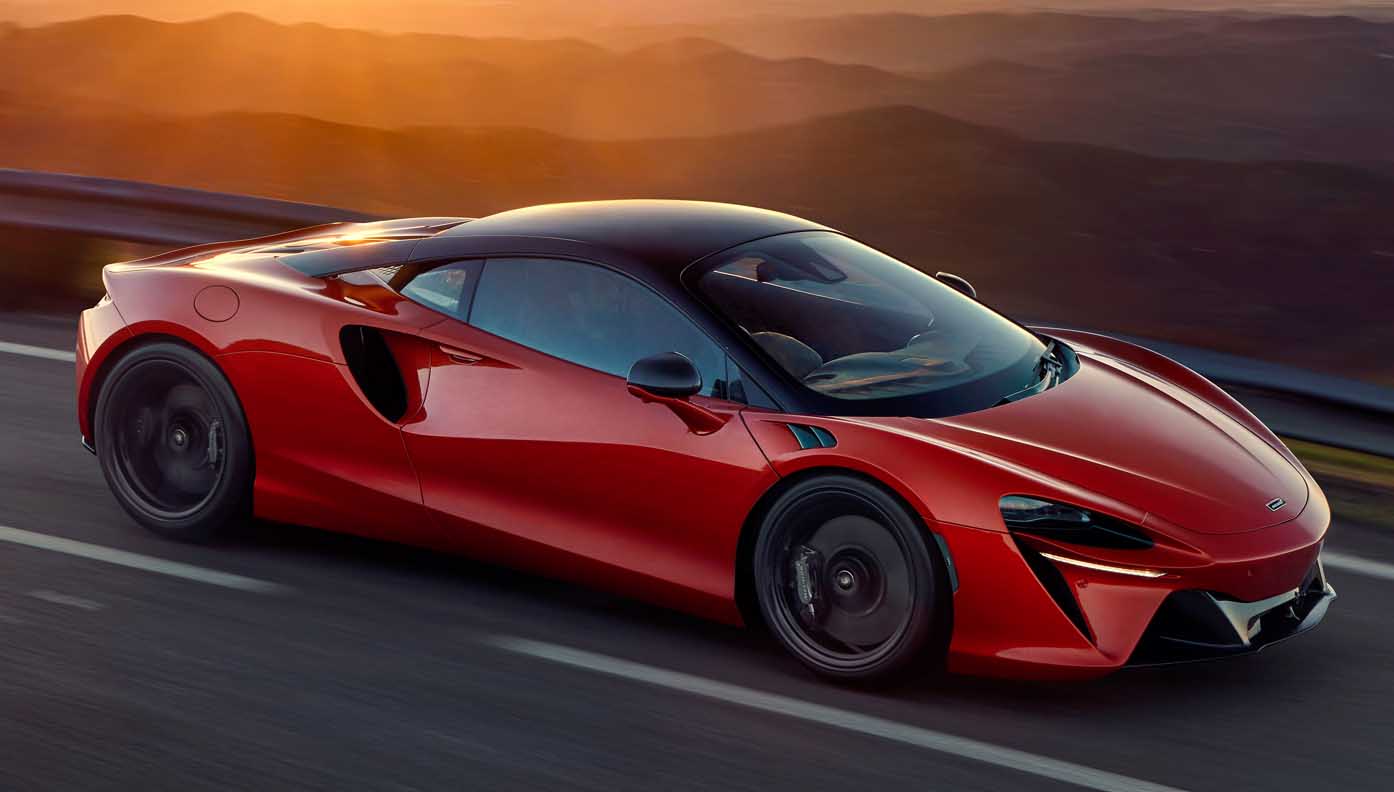 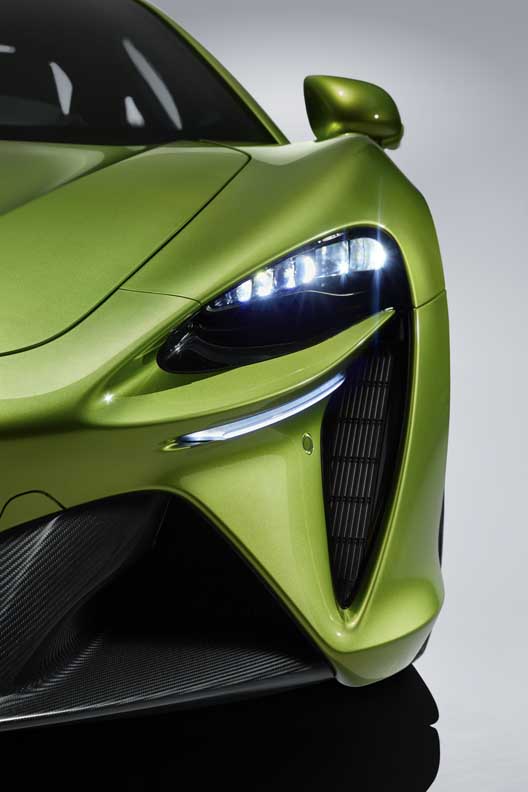 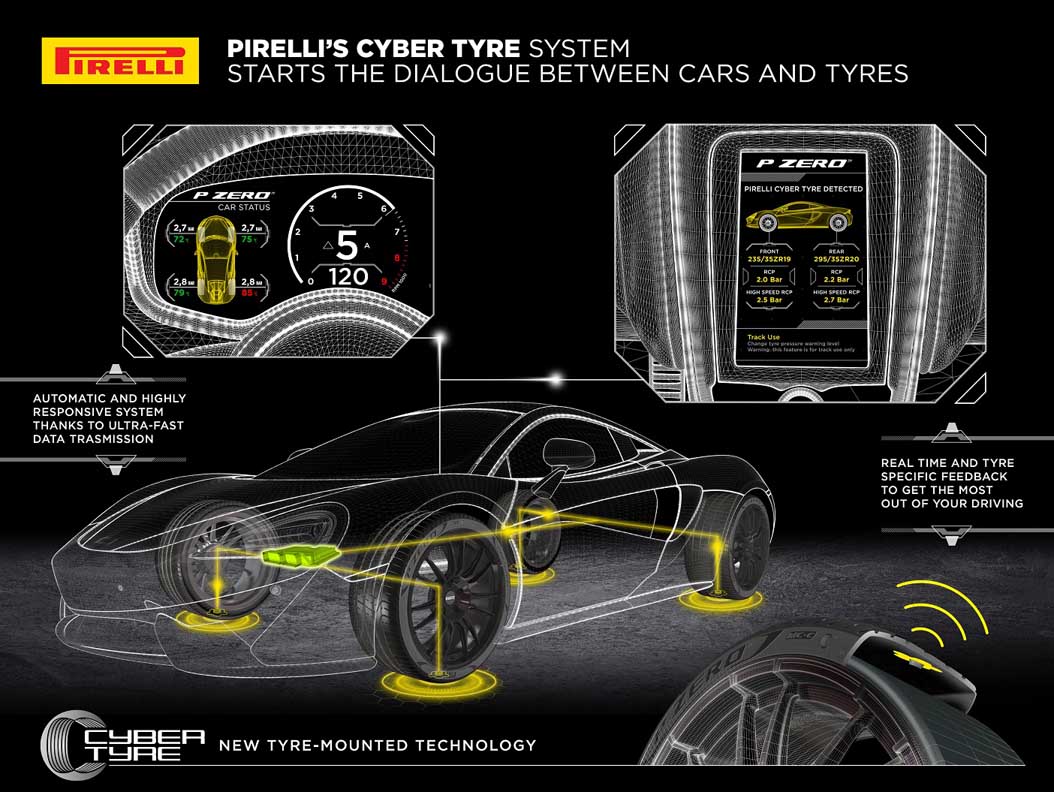 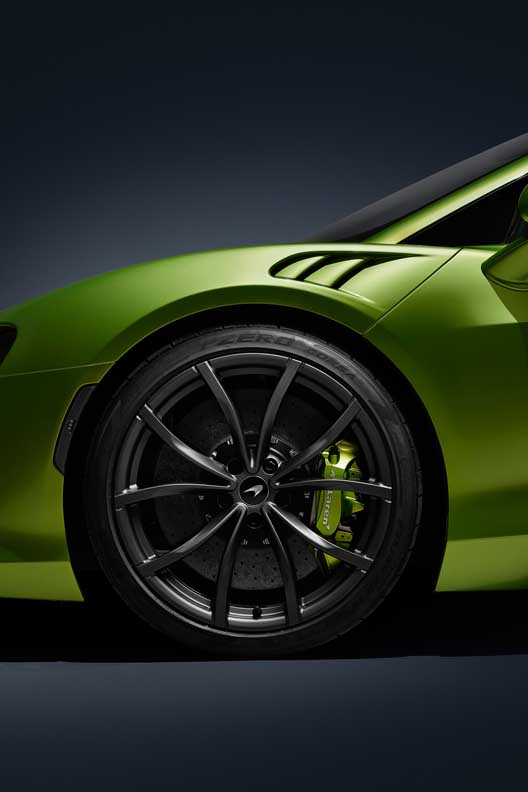 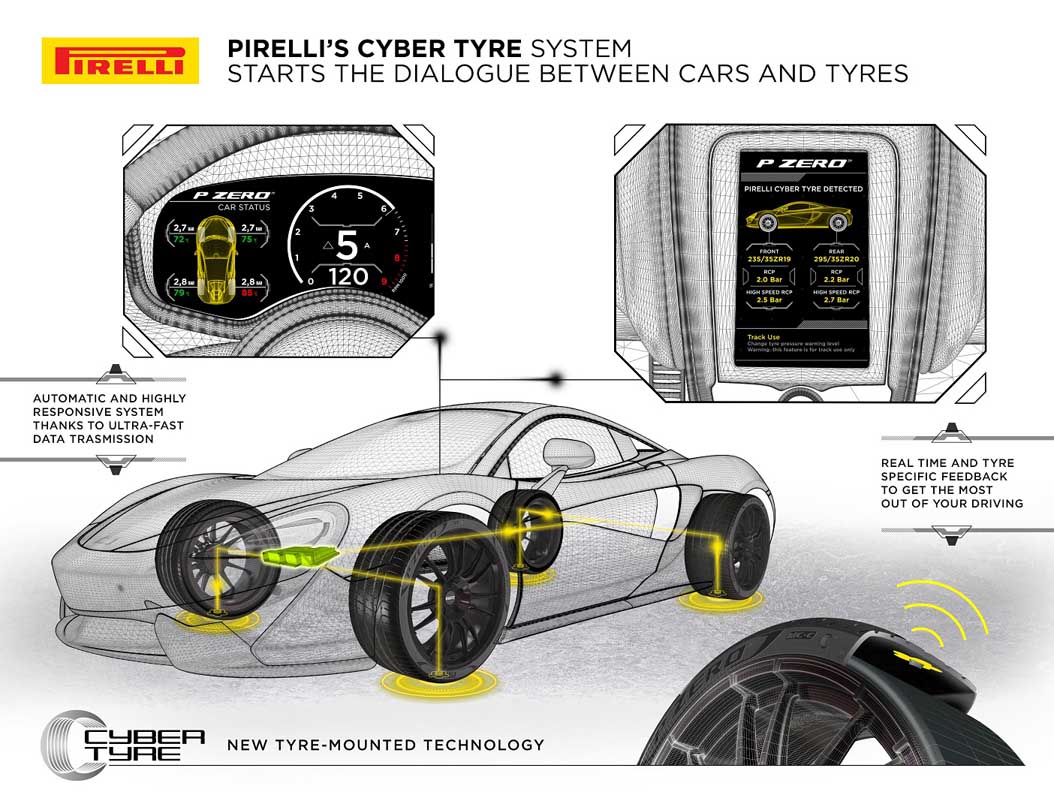