Peugeot 2008 Named Best SUV Of The Year In Ukraine 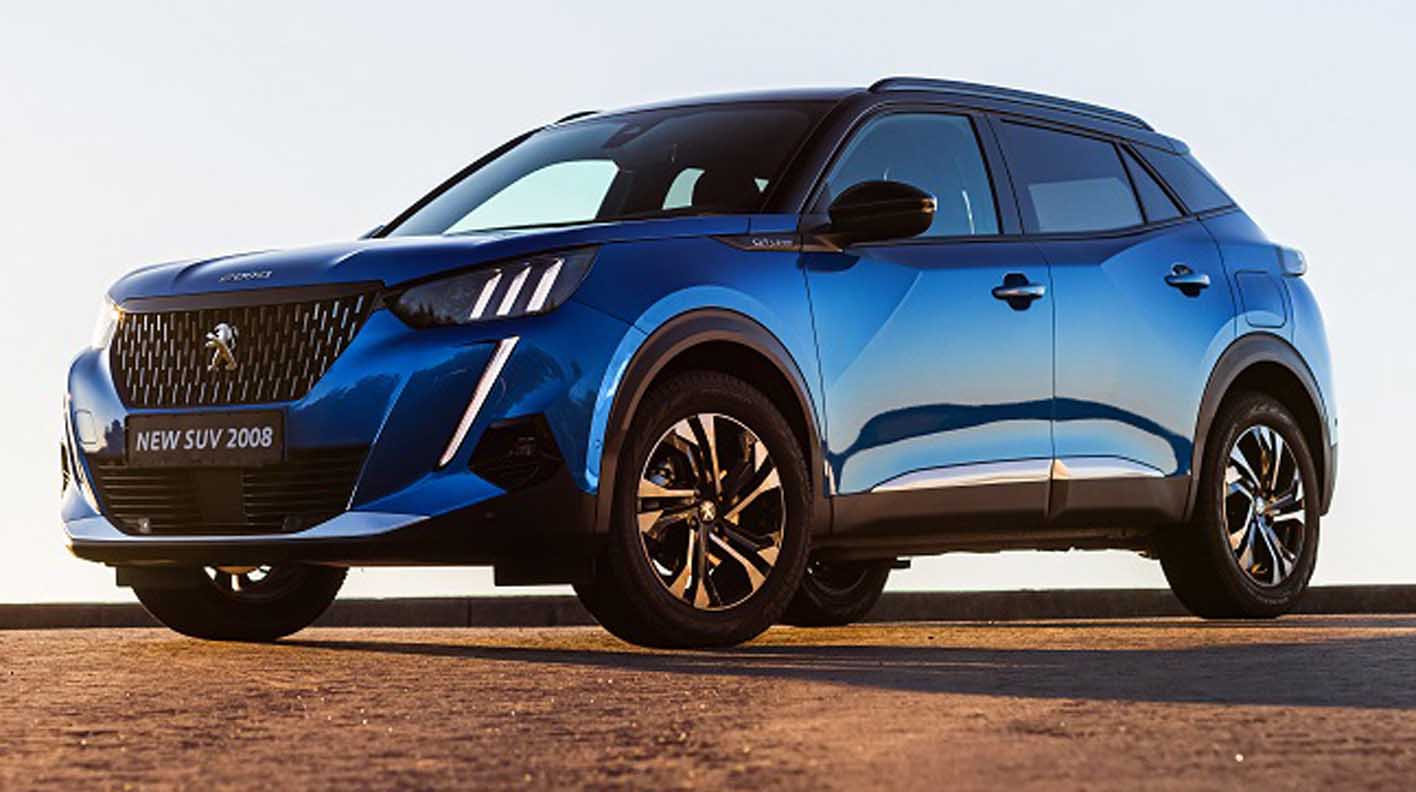 PEUGEOT has had a fantastic start to 2021 in Ukraine. For the second year in a row, the PEUGEOT brand has won one of the most prestigious awards at the national “Car of the Year” election. After the PEUGEOT 508 in 2020 was voted “Car of the Year 2020”, the PEUGEOT 2008 has been awarded “Best SUV of the Year 2021” this year Its technology and dynamic character have been clearly recognised by the automotive journalists and readers who made up the two panels of judges.

Given the ongoing lockdown, the “Car of the Year 2021” awards ceremony in Ukraine took place online on 24 March in Kiev. On this occasion, the PEUGEOT 2008 confidently prevailed over its competitors and won the title of “Best SUV of the Year 2021”.  Awarded by a jury of Ukrainian readers and professional automotive journalists, the PEUGEOT 2008 demonstrates the PEUGEOT brand’s commitment to offering vehicles and technologies at the very highest level, whatever the market.

A six-time winner of the Car of the Year (COTY) award in Europe, PEUGEOT models regularly rank among the best in competitions organised by the international press. In Ukraine, this success – the second in a row after the victory of the PEUGEOT 508 in 2020 – is the culmination of the PEUGEOT 2008’s excellent performance, which with a 9.7% share of the segment takes third place on the B-SUV segment podium.

As in many countries, the Car of the Year Award is a national automotive award in Ukraine. Each year it assesses the performance of new cars introduced to the market. The 44 nominees for the COTY 2021 award are divided into eight categories and compete for two main awards: Passenger Car 2021 and Crossover / SUV 2021.

The best car in each of the eight categories is then chosen by the readers online. The automotive journalists and readers were unanimous and chose the PEUGEOT 2008 as the “best SUV 2021” among the newly launched vehicles in Ukraine.

What makes the PEUGEOT 2008 so attractive is first of all its design. With its powerful and distinctive style, it is a sculptural and desirable object, awarded the Red Dot prize in March 2020 in Germany for its sporty design and exceptional build quality.

The silhouette has been sculpted by the brand’s designers to offer a strong, robust, impactful yet practical design.

The large-diameter wheels (690mm), wheel arches, vertical grille and belt line mark it out as an SUV, while the front and rear light signatures anchor it firmly in the world of the PEUGEOT brand. 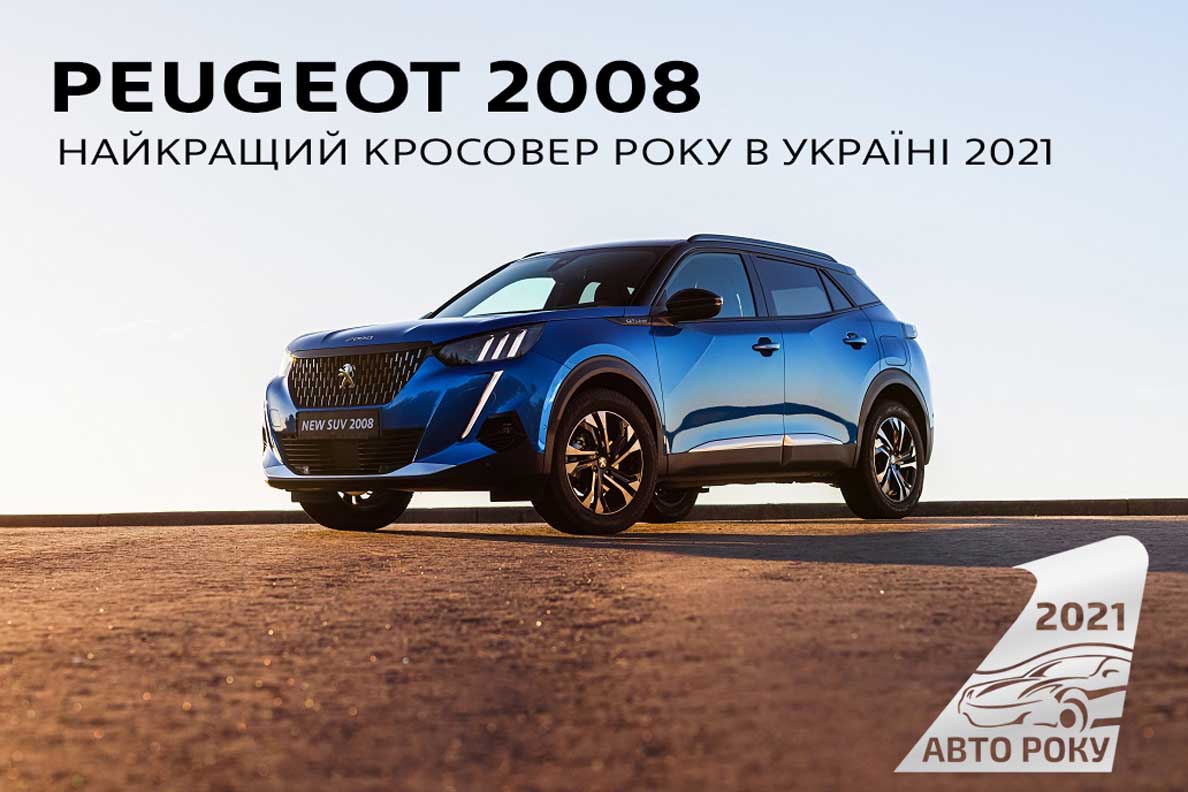 The on-board experience is more tech-oriented. The PEUGEOT i-Cockpit® is still based on the same fundamentals and offers flawless ergonomics to awaken the senses:

The new PEUGEOT 2008 SUV is equipped with a completely new interpretation of the system, which has been praised by our customers and is now fitted to more than 6 million PEUGEOT vehicles worldwide.

The information is placed in the driver’s field of vision. Depending on the version, the PEUGEOT i-Cockpit® 3D instrument panel projects the information like a hologram. The indications are dynamic and animated: they appear closer to the eye according to their degree of importance or urgency, with an increase in reactivity of around half a second. The PEUGEOT i-Cockpit® 3D is true innovation. It improves driving in every respect: efficiency, ease of use and safety are at an all-time high.

In addition to a dynamic chassis, an array of driving aids is renewed from most of the PEUGEOT 508: automatic braking, blind spot warning, active cruise control and Lane Positioning Assist, which paves the way for autonomous driving.

Pursuant to the latest Euro 6 standards, the internal combustion engines feature the latest technological advances from the PEUGEOT brand and are all equipped with Stop & Start and a particulate filter.

For even greater driving pleasure and comfort, some of these engines can be combined with the latest generation 8-speed automatic gearbox (EAT8).

The PEUGEOT 2008 is also the first 100% electric PEUGEOT SUV, offering access to a new world of sensations: high-level panache, silent operation, no vibrations and freedom to drive in restricted Green Zones. With its 320 km range (according to the WLTP homologation protocol), its 100 kW (136 bhp) and its 260 Nm of torque (available from 0 km/h) ensuring first-rate acceleration, the dynamic behaviour of the new PEUGEOT e-2008 SUV provides the kind of road feel and driving pleasure for which the brand’s vehicles are renowned. 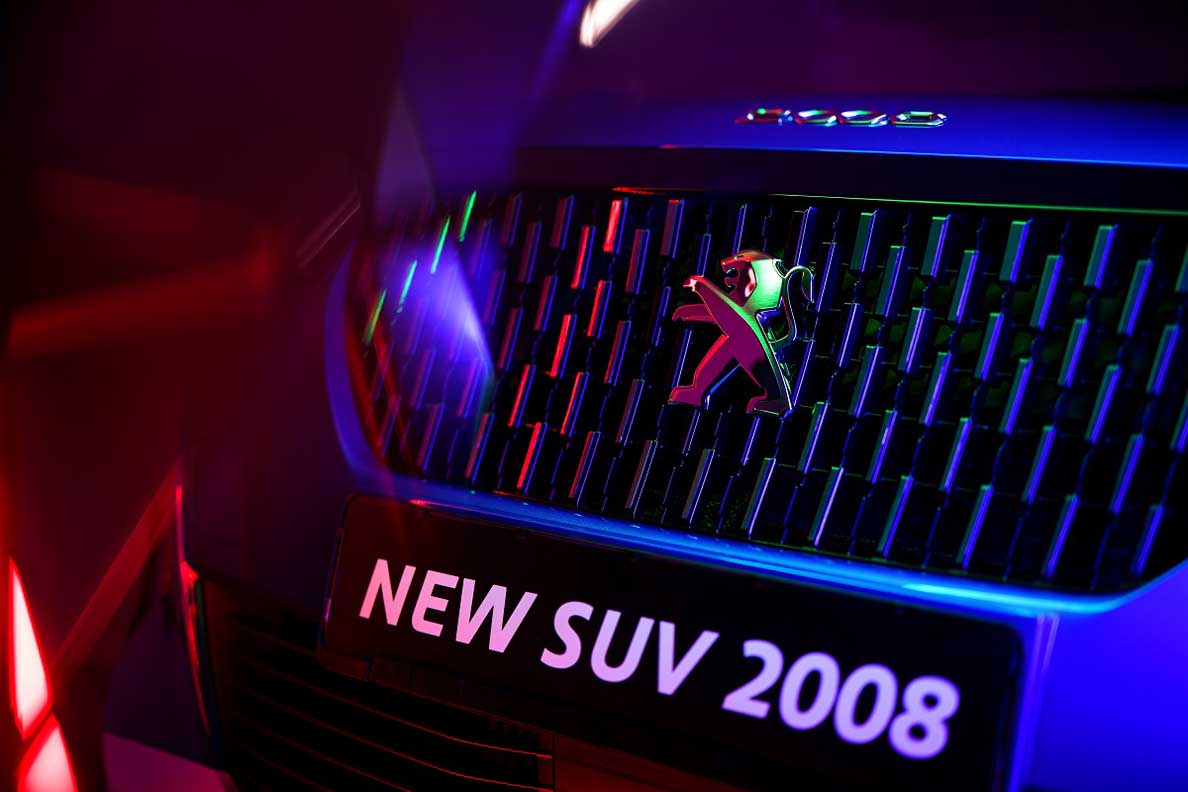 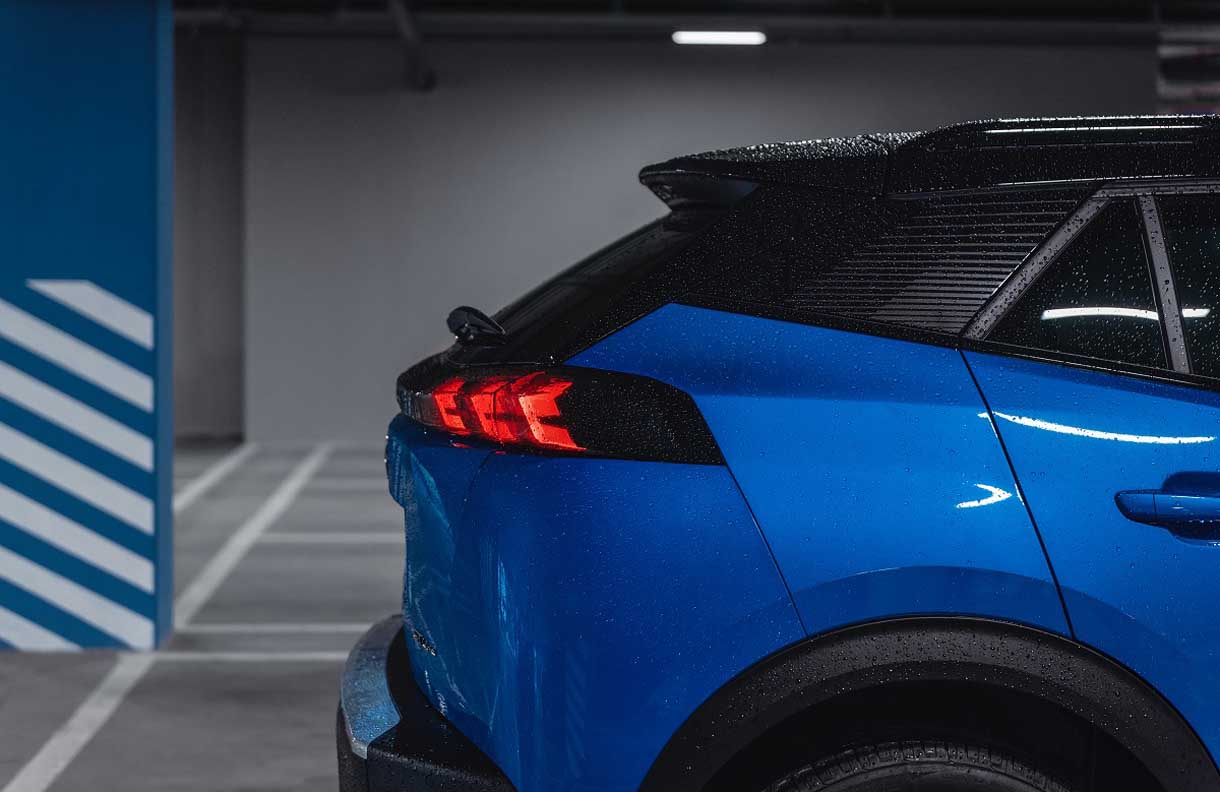 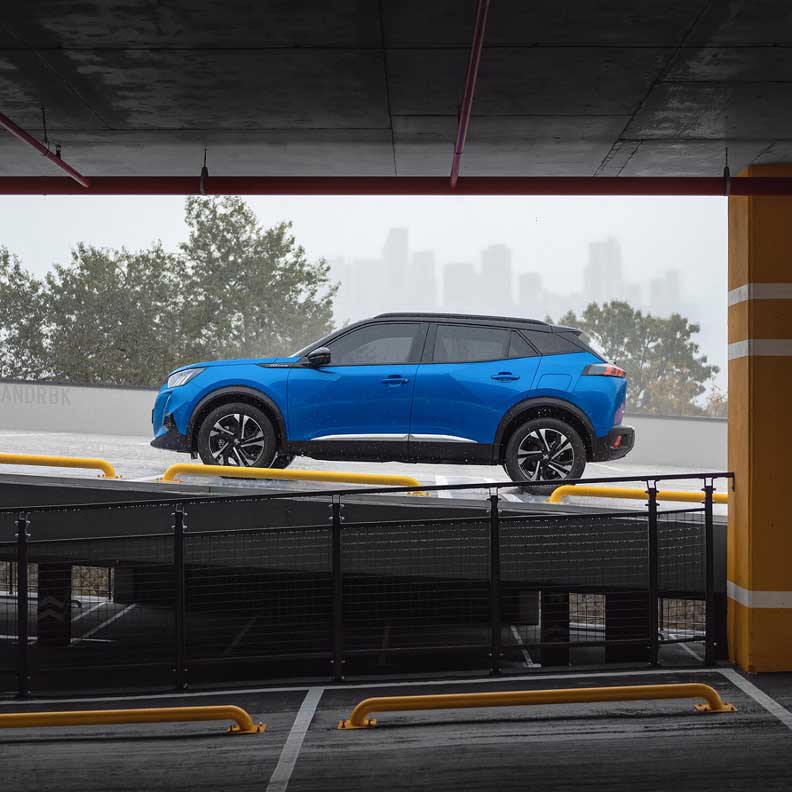 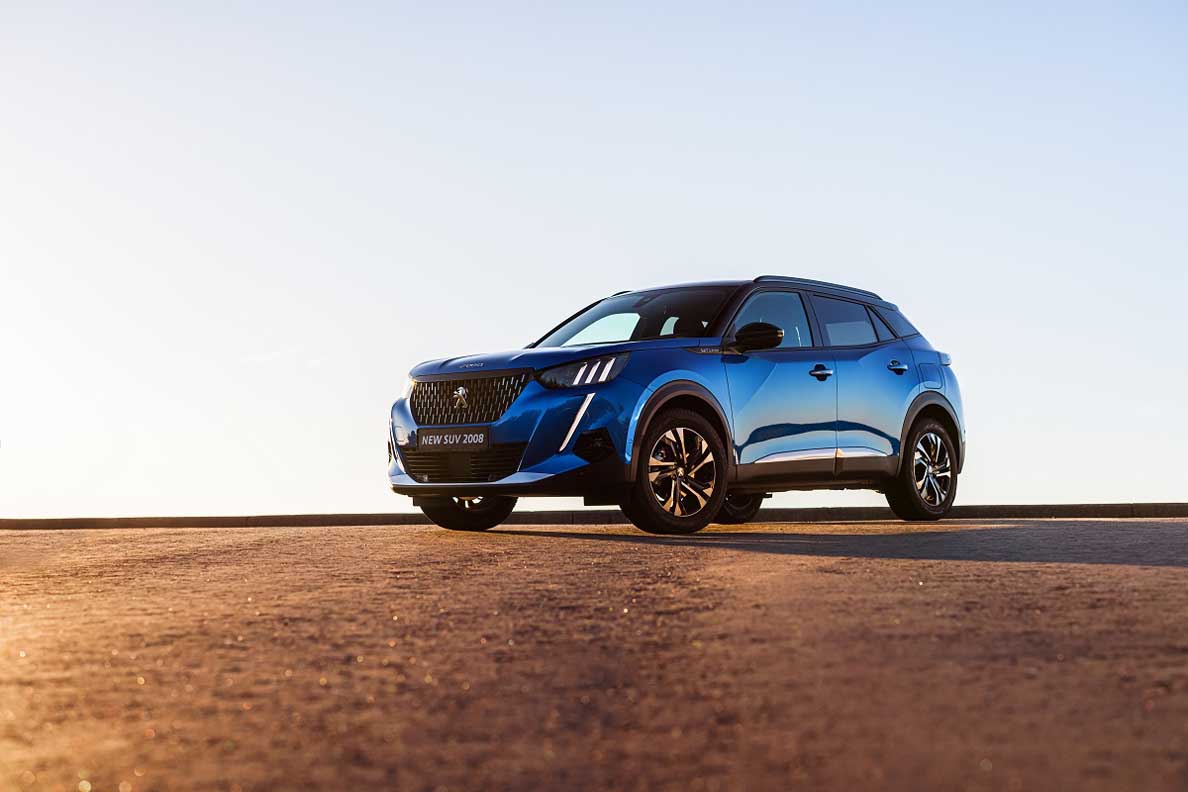 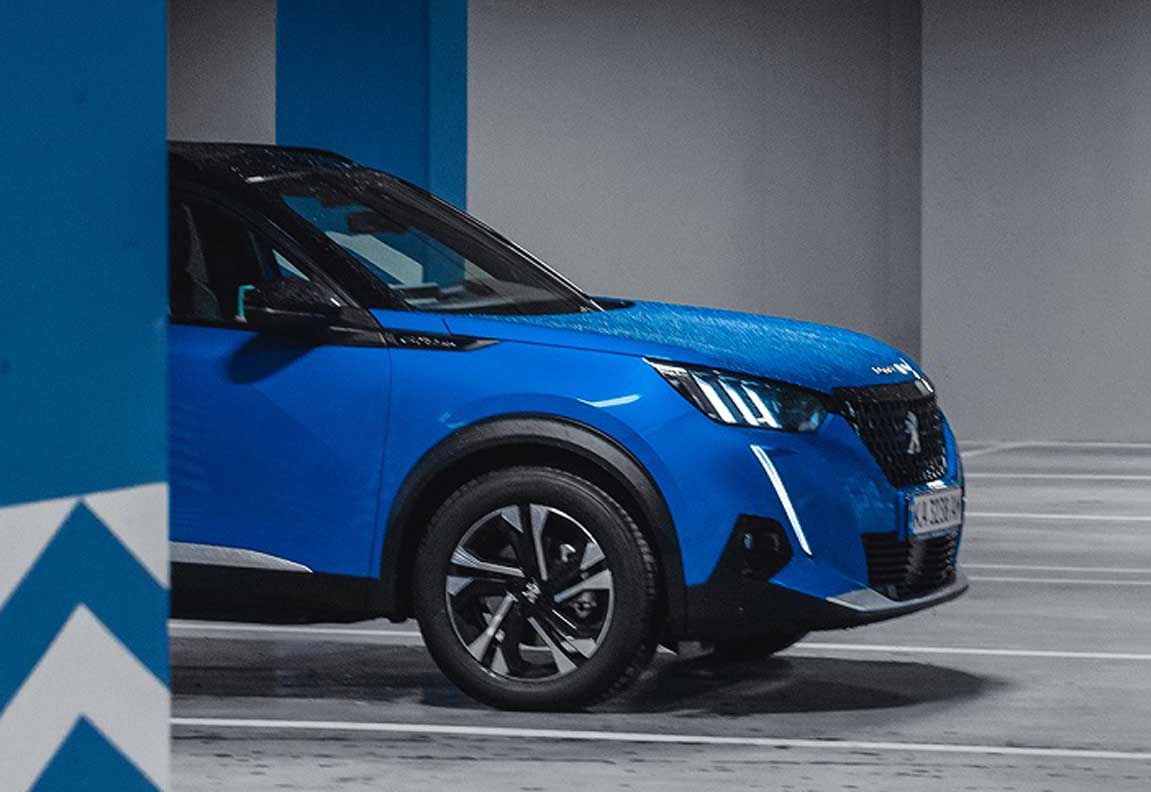 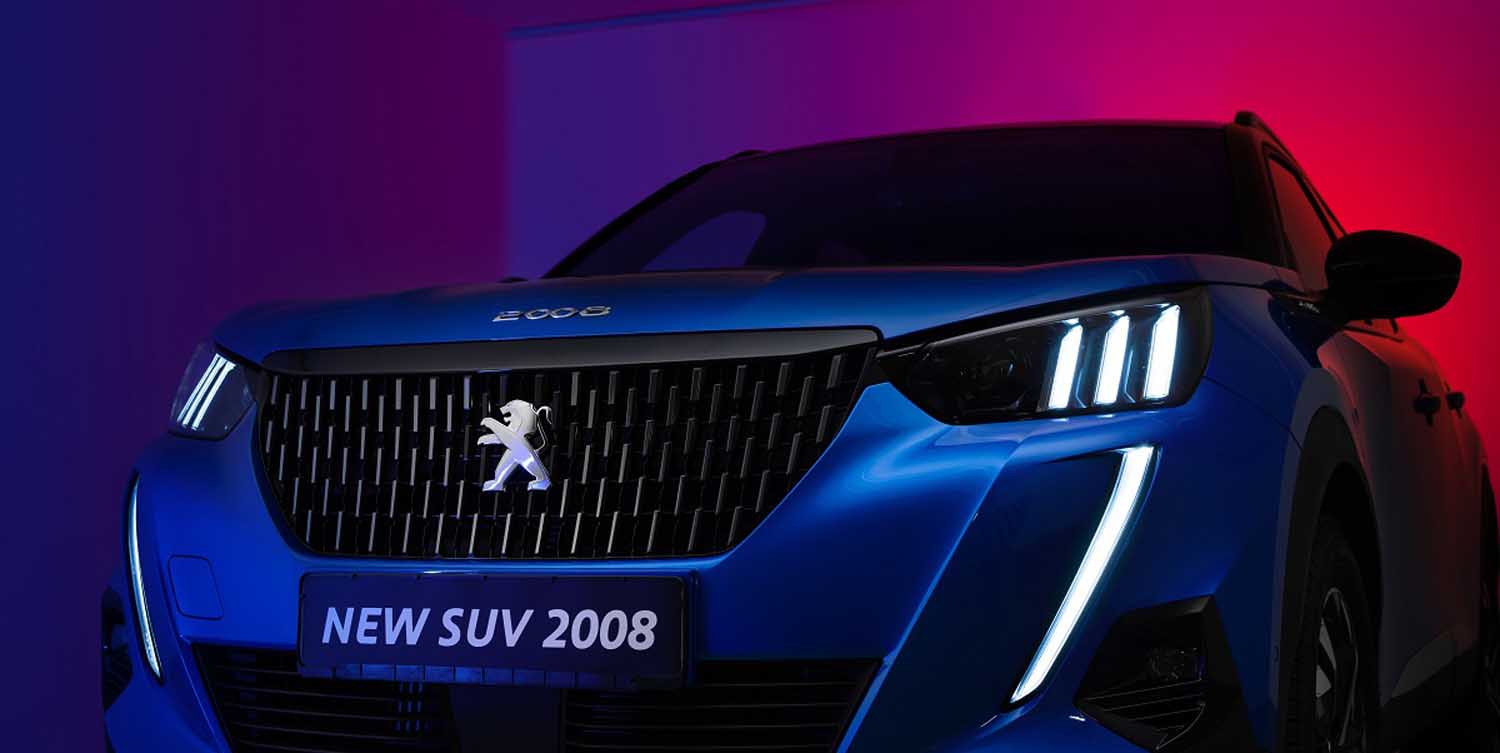 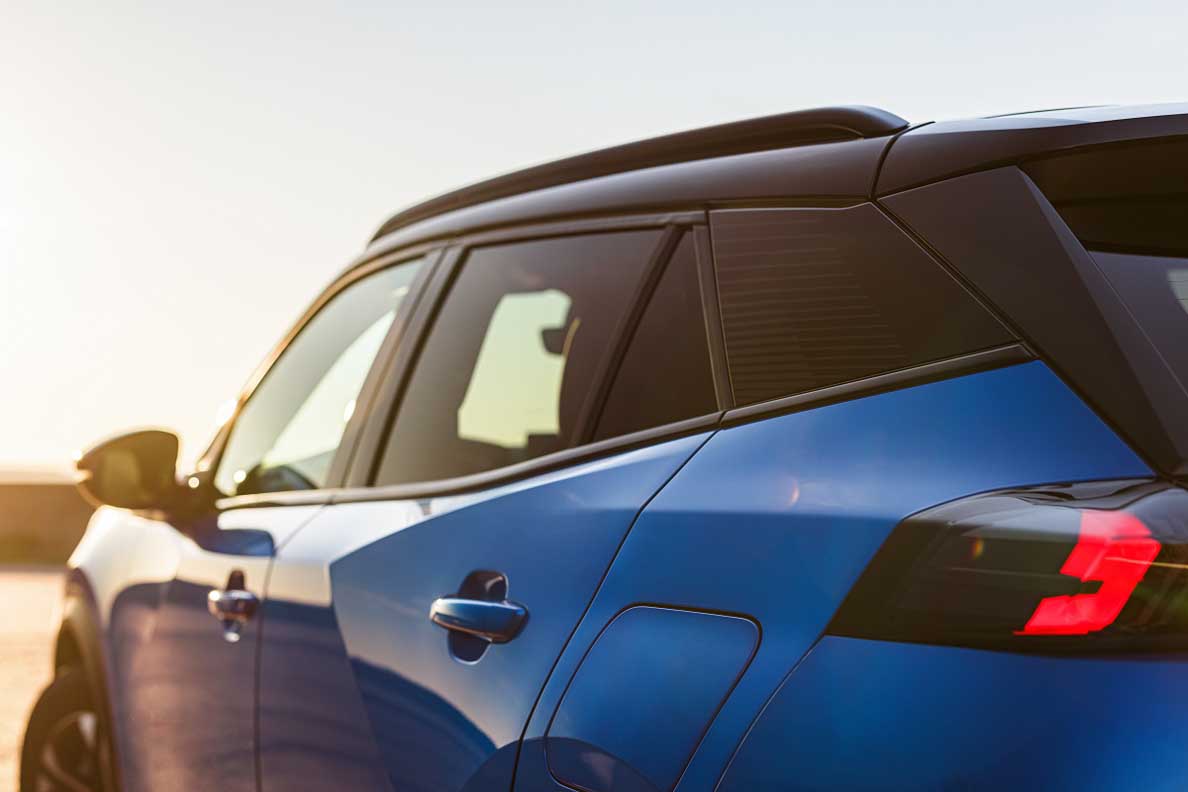 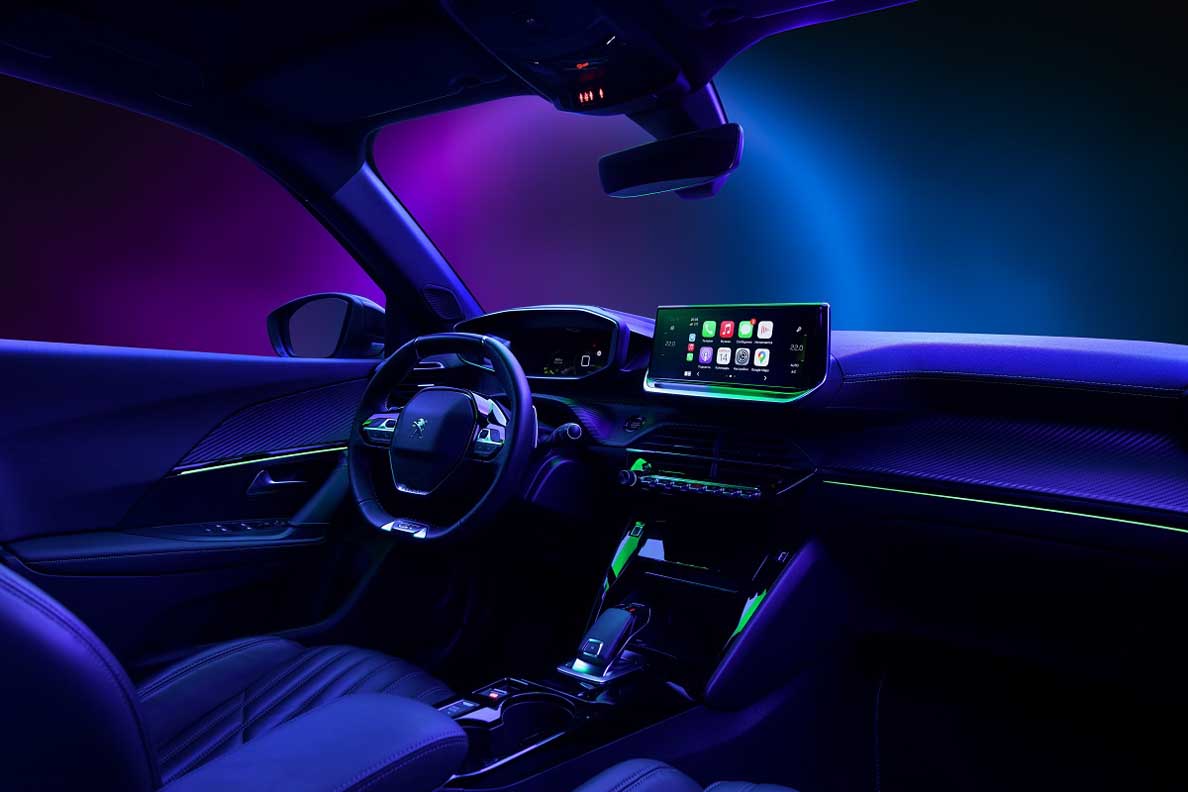 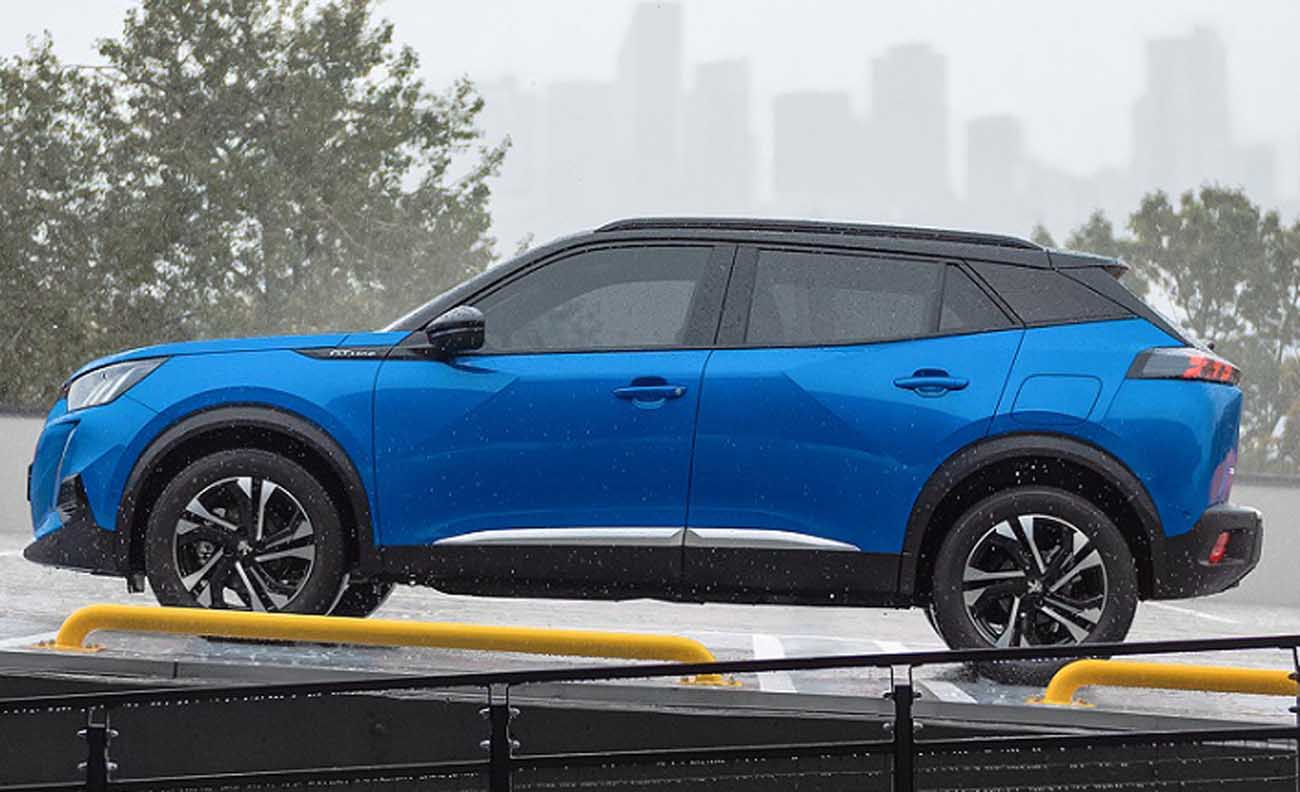 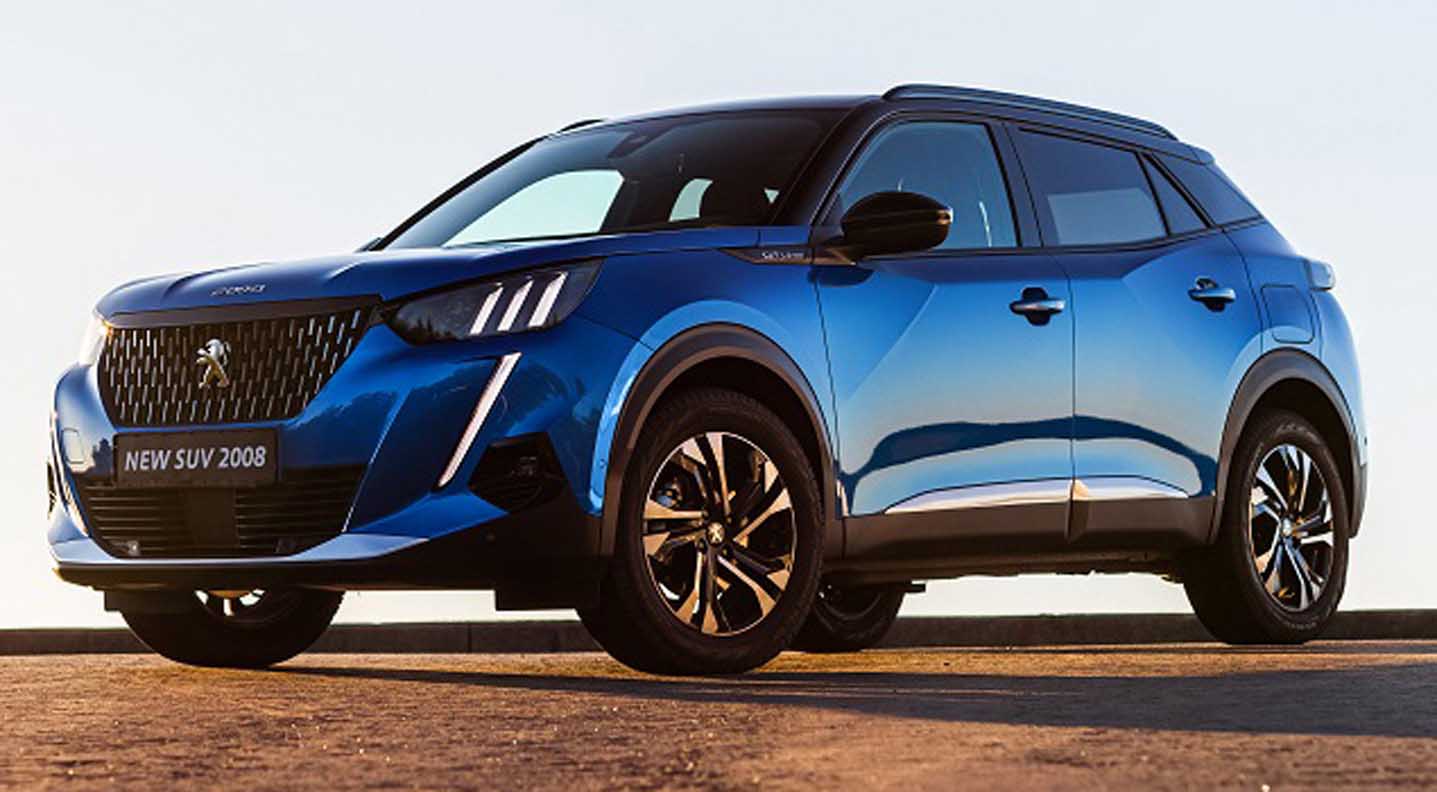