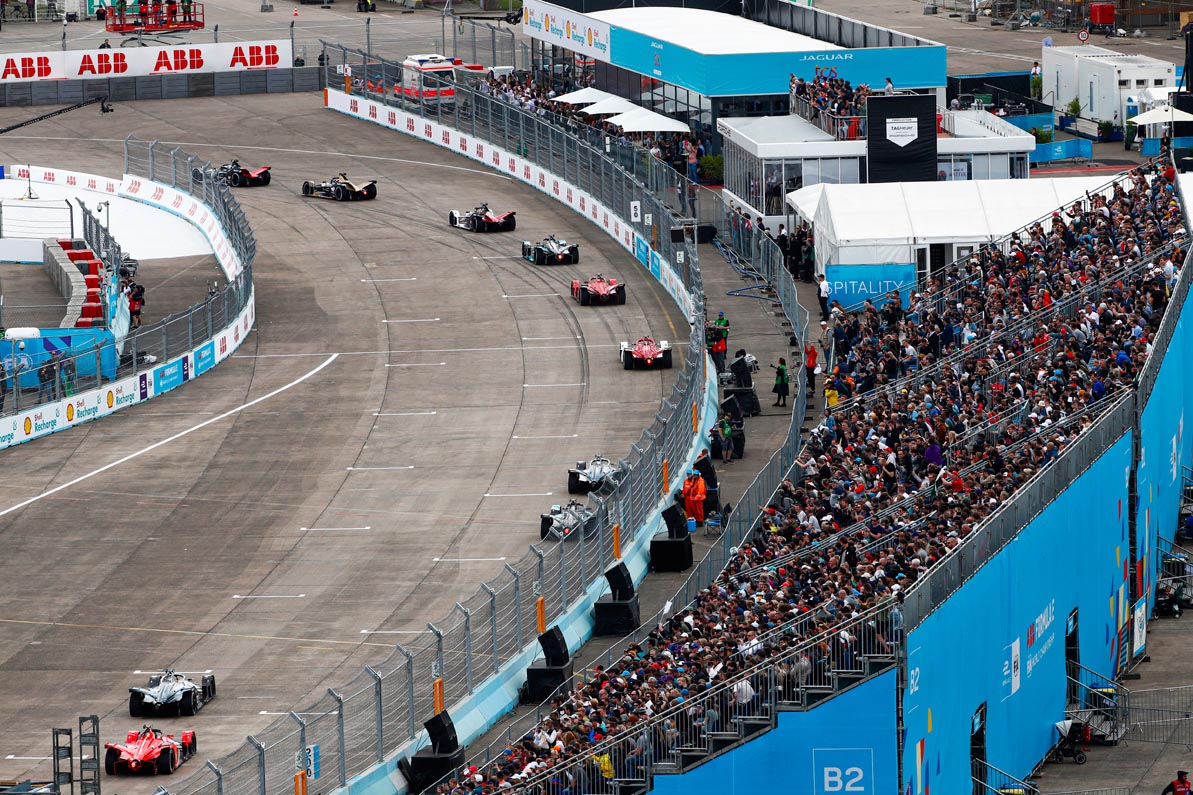 Mortara had it all to do to keep a fiesty-looking Vergne back and the decisive moment came on Lap 37 as the Venturi driver went on the defensive at Turn 6, luring JEV into a move resulting in the Frenchman diving too deep and falling 1.5s back.

From there, the win was Mortara’s, though Vergne scrapped hard to take second spot from fourth on the grid.

Vandoorne produced one of the drives of the day to recover from being shuffled down the order to 12th at the end of Lap 12. The Belgian had slipped by six by the halfway stage and looked as good a bet as any for the race win. Ultimately, he had to settle for third after a back-and-forth with Vergne and while the lead pair fought each other but that was enough to see the Mercedes-EQ driver hold on to the standings lead.

TAG Heuer Porsche Formula E Team pair, André Lotterer and Pascal Wehrlein, and Mitch Evans (Jaguar TCS Racing) fought amongst themselves throughout, eventually winding up with Lotterer in fourth ahead of Evans in fifth and Wehrlein sixth with Evans no doubt the happiest of that trio to score well having started ninth.

Sam Bird showed good pace in the other Jaguar to follow in seventh having battled his way from 15th on the grid. António Félix da Costa (DS TECHEETAH) had run with his teammate towards the front of the pack early on but slipped to eighth, as did front-row qualifier Alexander Sims (Mahindra Racing) who finished ninth.

Reigning champion Nyck de Vries couldn’t climb through the order as his teammate had done – the pair having run together through the opening laps – but the Dutchman nonetheless salvaged a point with 10th.

That sees Vandoorne move to 96 points, with Vergne three points back and Evans 11 shy of the Frenchman while Mortara leapt into fourth. Mercedes-EQ reaffirmed its Teams’ advantage with a nine-point margin over DS TECHEETAH. ROKiT Venturi Racing sits third.

The 2022 Shell Recharge Berlin E-Prix Round 8 is tomorrow from the Berlin Tempelhof Circuit, with FP1 set to kick things off tomorrow morning at 07:15 CEST, with the race itself to follow at 15:04 CEST. Round 8 marks the midpoint in the 16-race season, the biggest-ever race calendar in the ABB FIA Formula E World Championship.

EDOARDO MORTARA, ROKiT VENTURI RACING, #48 said: “What a day. After the qualifying we were already very happy, but this race was amazing, very stressful because there were different strategies that I had to defend. In the end everything went alright, and I’m very happy.

“You have to ask him [Vergne] about what happened at the end! He tried to overtake me but I was kind of anticipating it, but luckily for me he couldn’t really stop at the apex of the corner, and I couldn’t pass him straight away, and I knew that he had spent a lot of energy so it would be difficult for him to pass me again.

“The good thing about Formula E is you need to constantly change your strategy, obviously you have a plan at the beginning of the race but nothing goes according to plan and you always need to adapt, as the others are trying to destabilise you, but in the end everything worked out very well for us.”

JEAN-ÉRIC VERGNE, DS TECHEETAH, #25 said: “It was a busy race. Lots happened and I am happy with second, I tried to give it a go to Edo but I think his mirror was working quite well so he saw he coming. I still had to try, I was not just going to sit behind and be happy with second so I had to try something. It was quite tight with Stoffel, so first my target was to win then I had pressure from behind so I had to watch out for Stoffel. But I am happy with second, another podium and more points – hopefully we can finally win a race this year. But other than that okay.

“The pace of the car was good, it was better in the middle part of the race than at the end, maybe in the middle part I could have gained more time more advantage. But its okay, we are going to learn from this race and move on until tomorrow.”

STOFFEL VANDOORNE, MERCEDES-EQ FORMULA E TEAM, #5 said: “I am not going to lie I’m a bit surprised [to be on the podium]. I did not have the best opening lap, I lost so many places I was probably down in P15 at one point. But I kept my cool, felt immediately there was pace in the car, so I could really use that today and get efficient overtaking done. The team did well with the strategy, I managed to execute it, and recover my poor performance in lap one.” 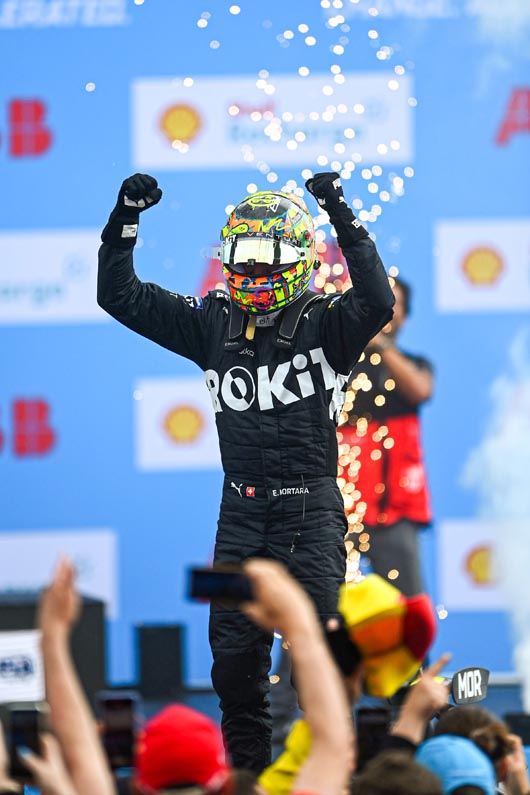 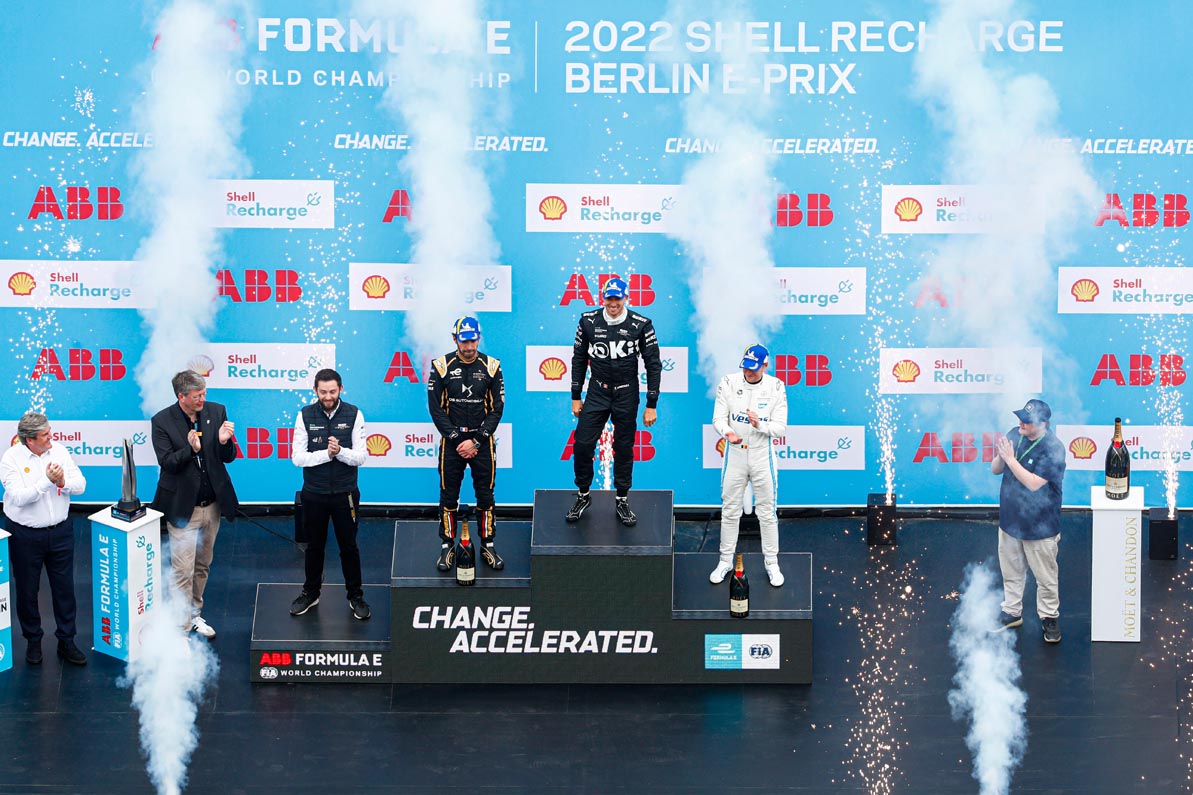 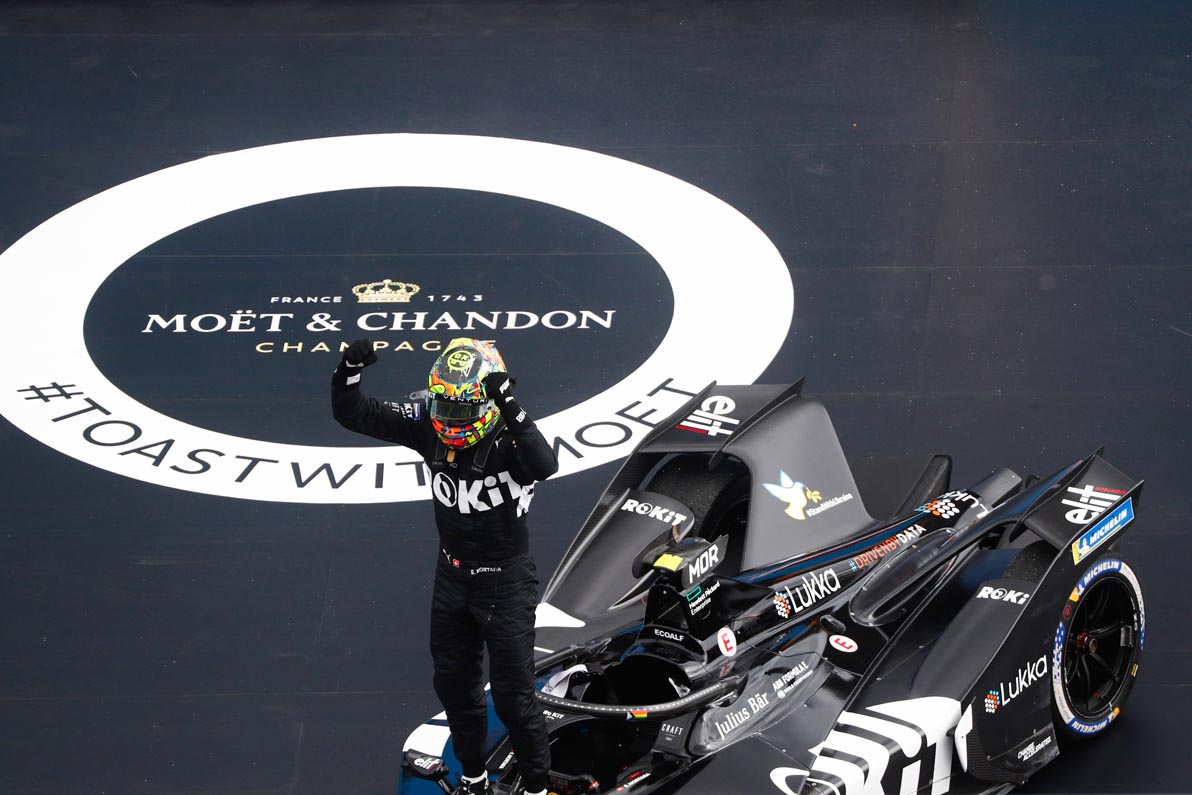 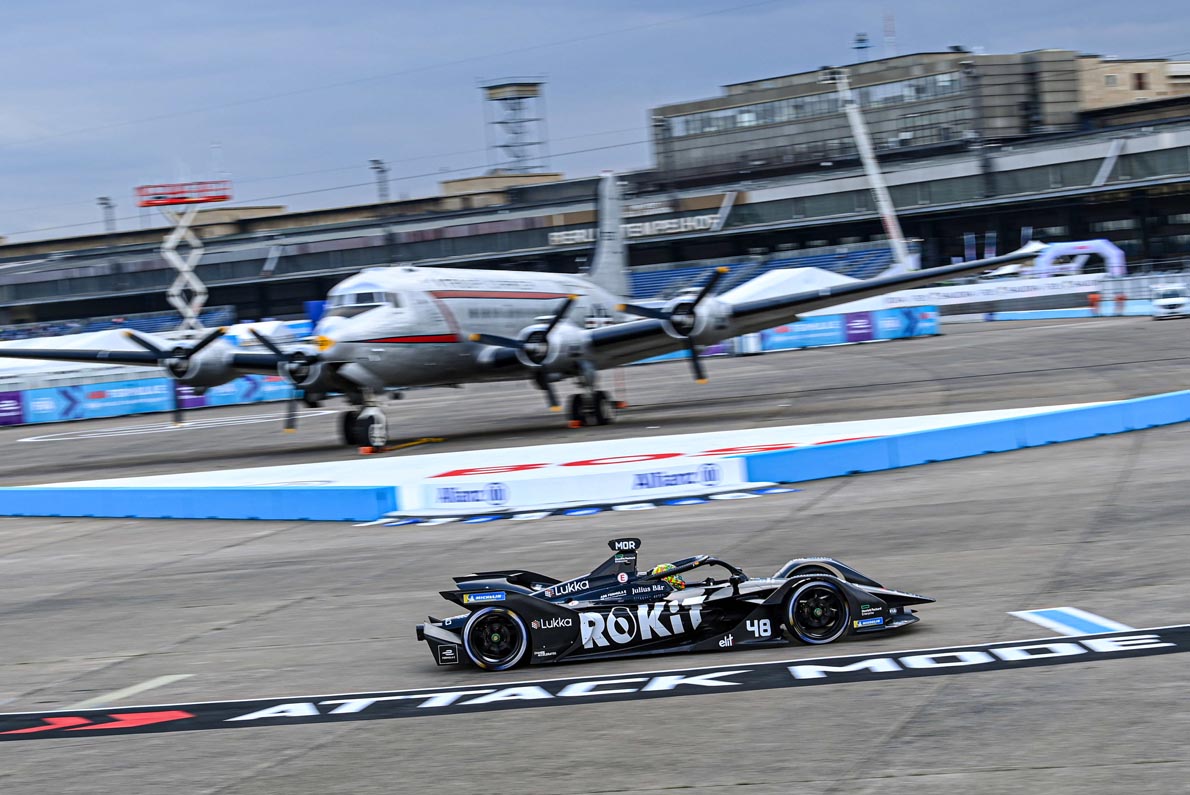 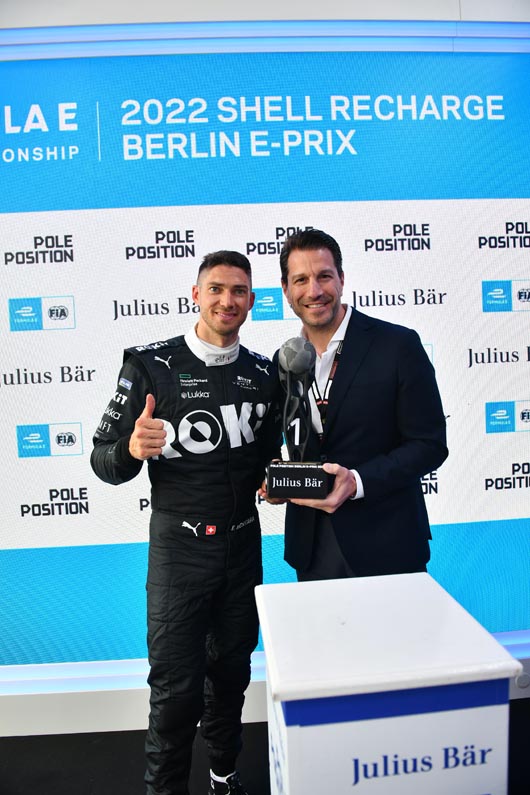