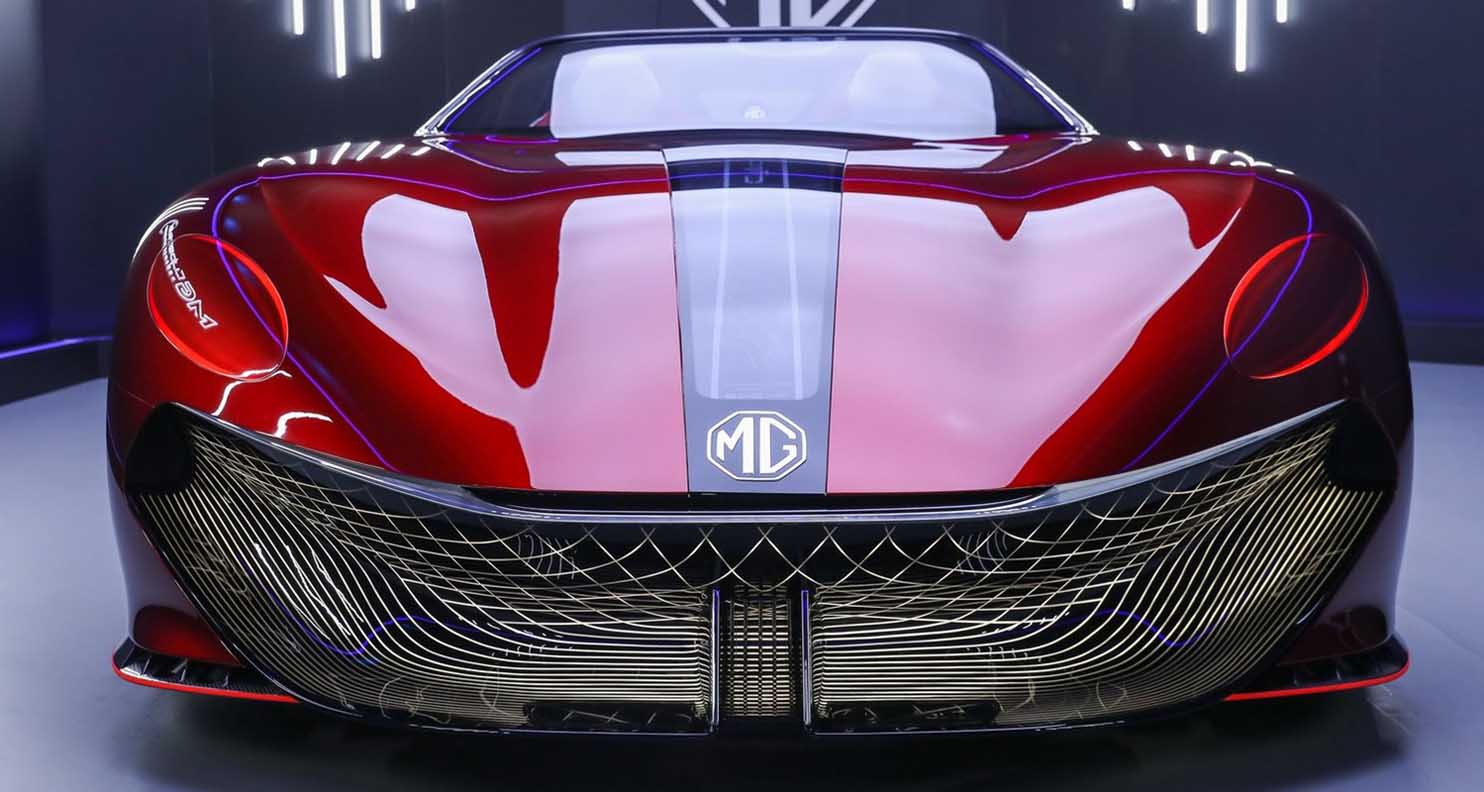 The Cyberster – developed by the team at the MG Advanced Design Centre in London – is a two-door, two-seater sports car recalling the brand’s tradition, drawing a number of styling cues from the classic MGB Roadster while also ushering in new high-tech features, including an interactive gaming cockpit and 5G connectivity.

The MG Cyberster’s intelligent all-electric architecture will enable an approximate EV range of 800km (500 miles) and deliver a 0-100km/h time (0-62mph) of less than three seconds, while the body is designed to enhance aerodynamic performance, the classically shaped MG grille also serving as an air duct to ensure airflow over the car’s chassis.

It features classic round MG headlights, coupled with a slim grille design, along with interactive ‘Magic Eye’ headlights that open when switched on.

Other striking details of the MG Cyberster are the ‘laser belt’ LED strip down the side of the car and the outline of the door, which follows the direction of the LED strip.

Its powerful sports car profile has a distinct two-stage shoulder line, with a flattened ‘kamm tail’ rear, accentuated by unusual ‘hacker blade’ alloy wheels. The tail lamps are of LED construction and are integrated flat into the rear of the car, projecting a digital image that echoes MG’s British heritage.

The “digital fibre” interior design theme adopts a driver-centric layout, with a separated cockpit for driver and passenger and a large-sized LED instrument cluster with a second central screen. The screen ahead of the driver presents all of the key vehicle information in a modern nut minimalist style, while the central display houses its more interactive features.

MG’s ‘Zero Gravity’ seats have floating head restraints, while the door panels and red leather handles reflect the ‘laser belt’ that runs down the car’s exterior.

Carl Gotham, Director of SAIC Design Advanced London, said: “The Cyberster is a bold statement that looks strongly into MG’s future, touching on our heritage but more importantly building on our technology and advanced design. Cyberster is a hugely exciting concept for us.” 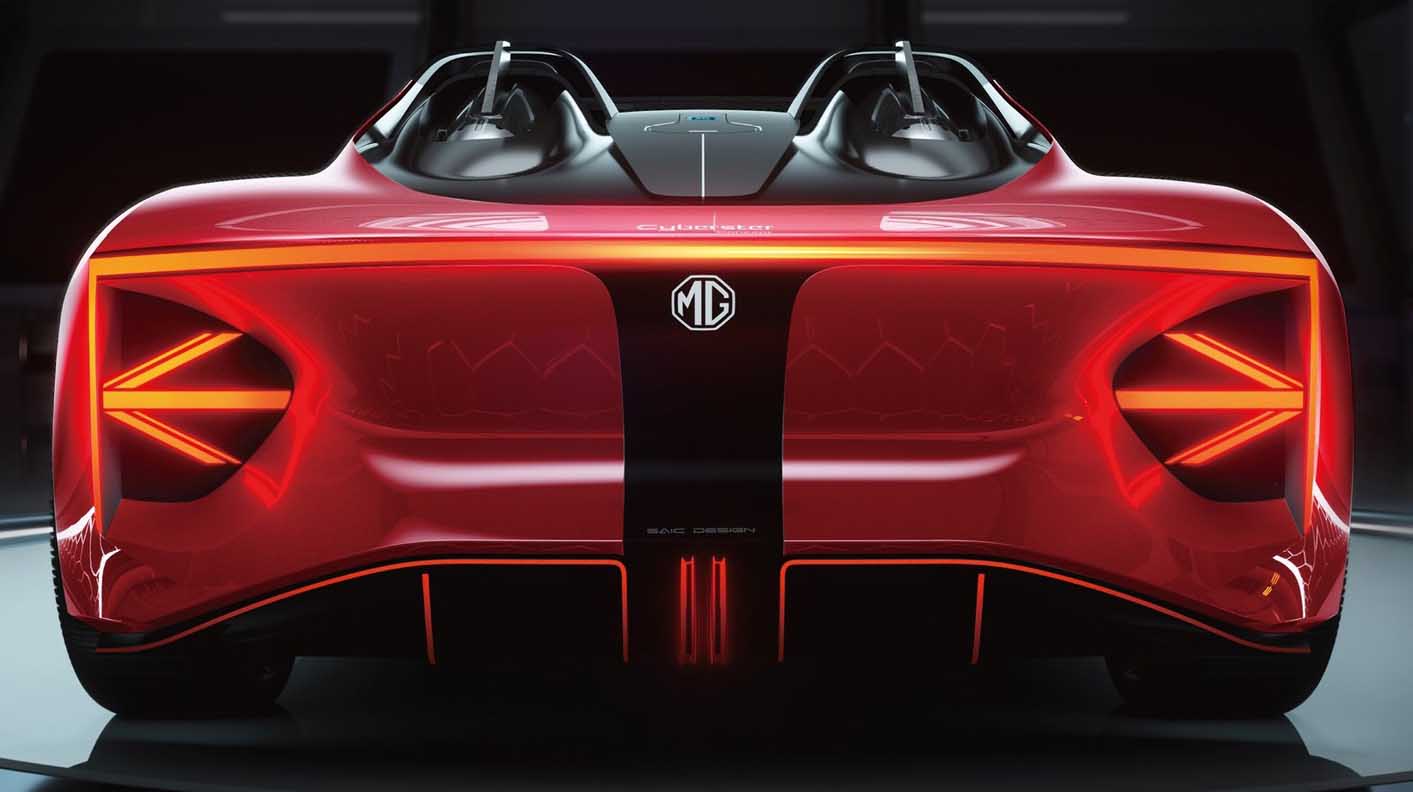 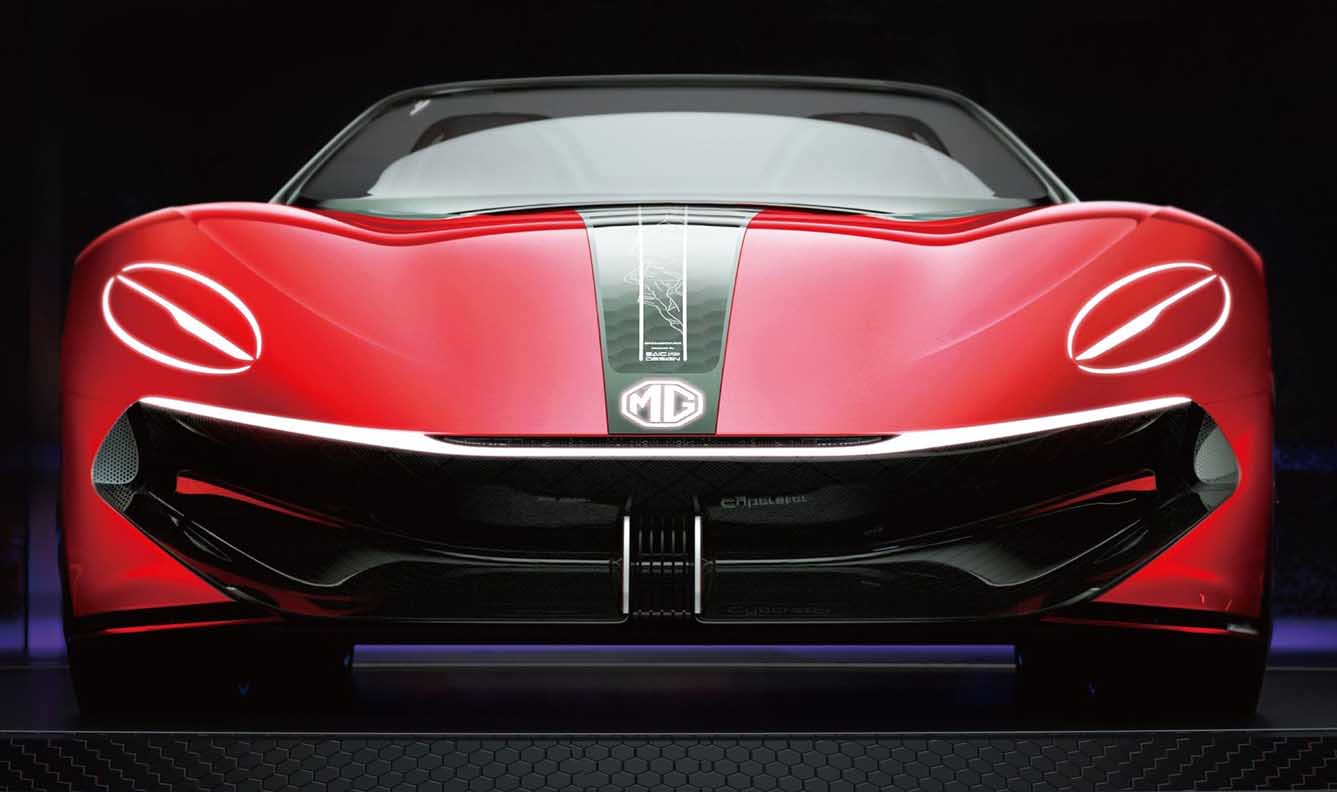 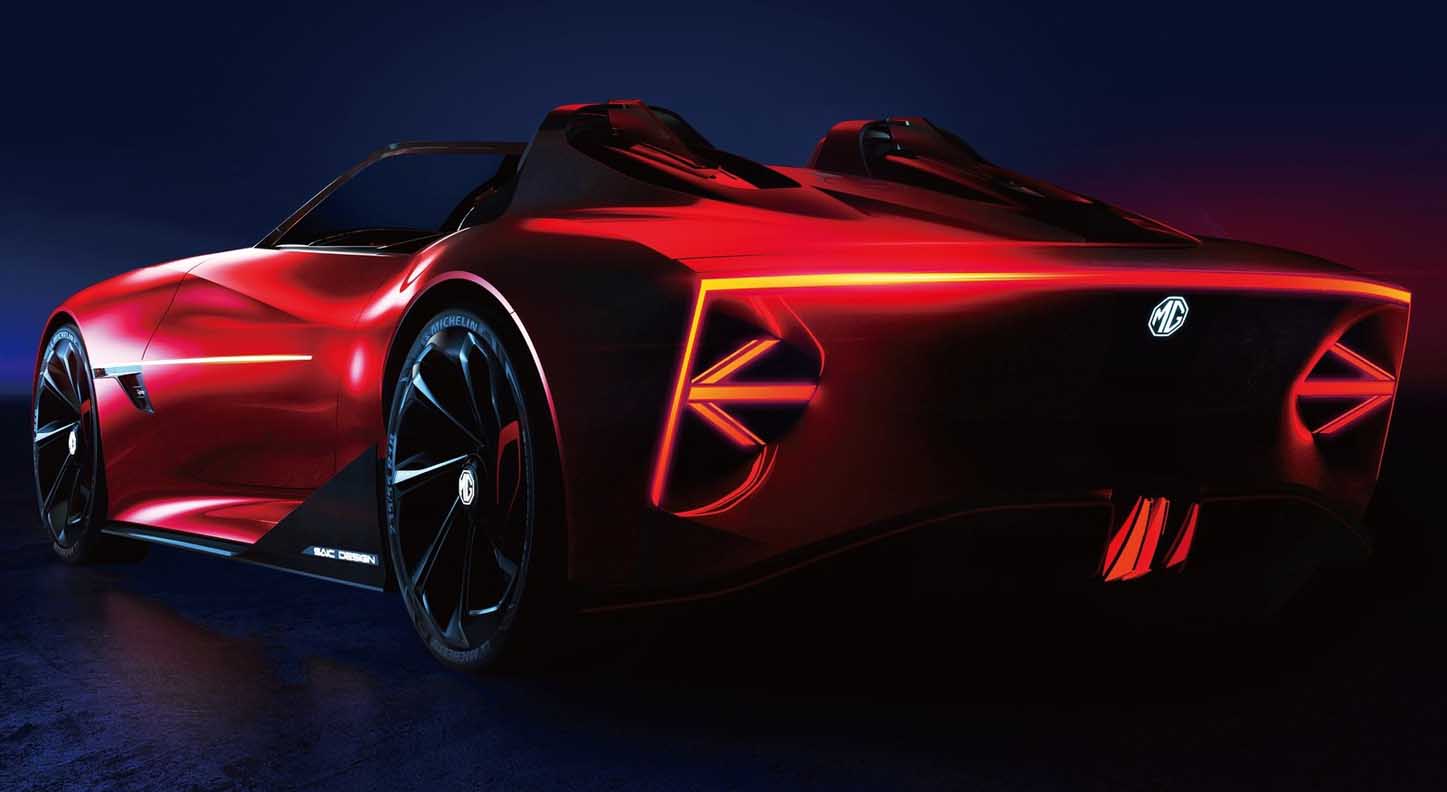 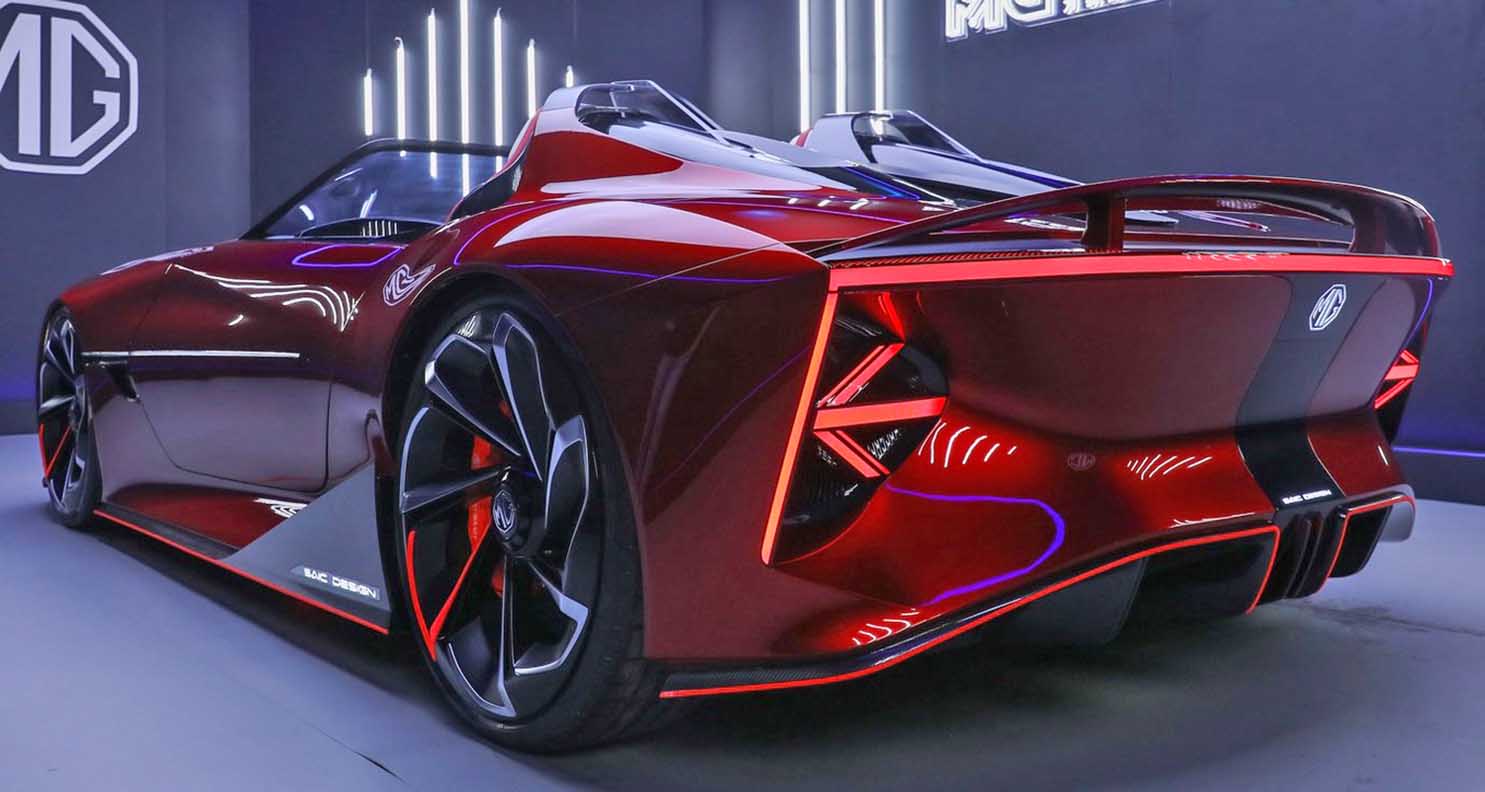 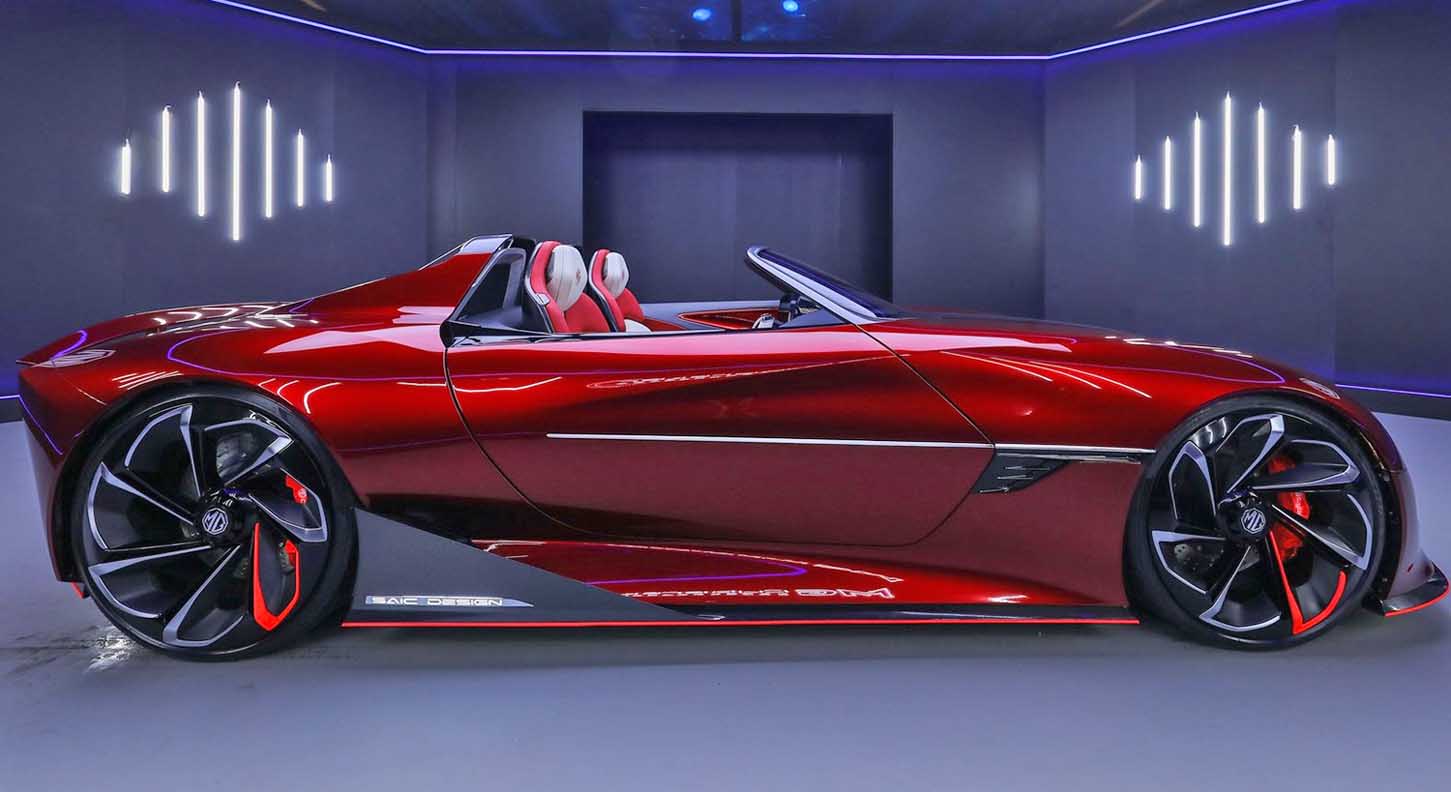 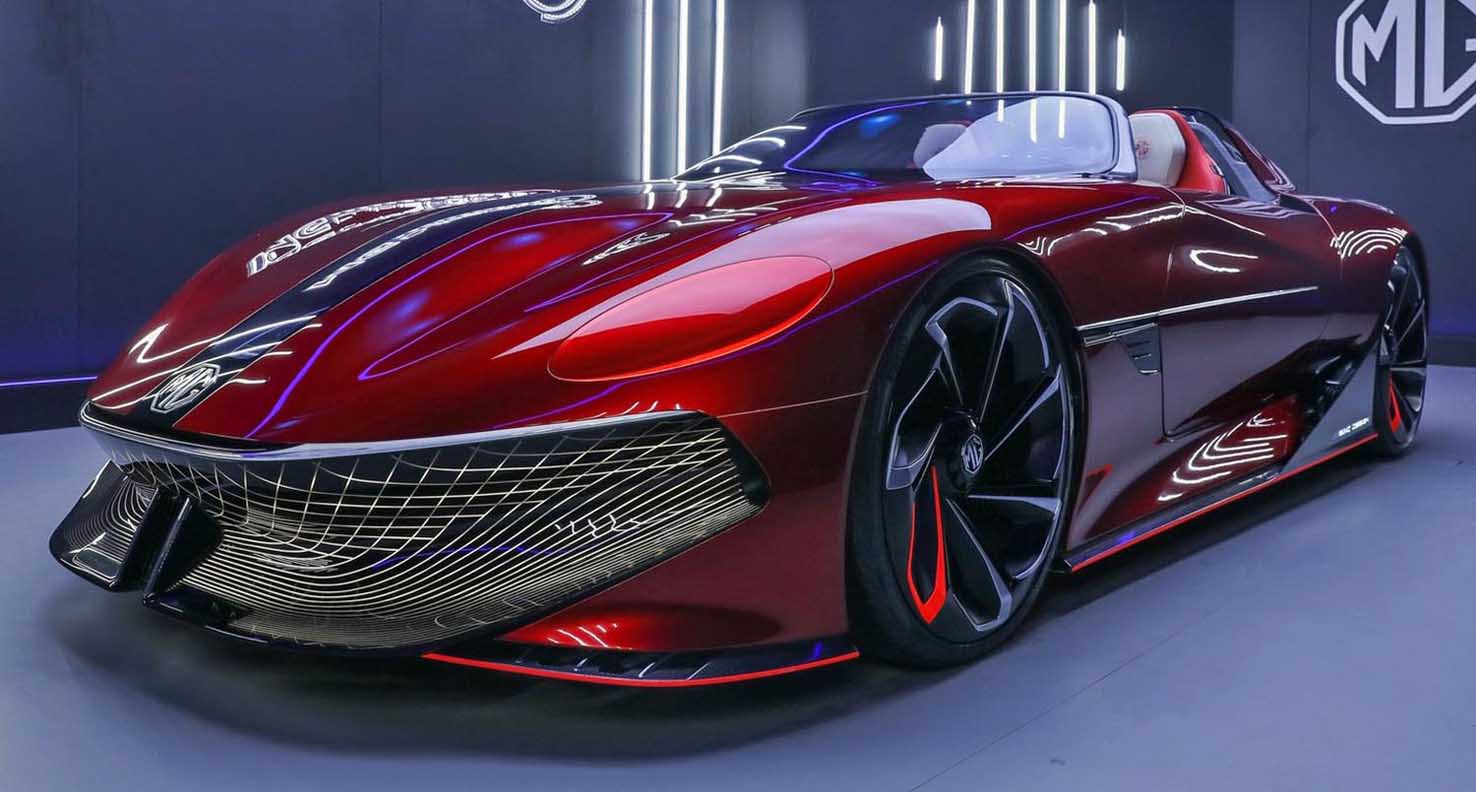 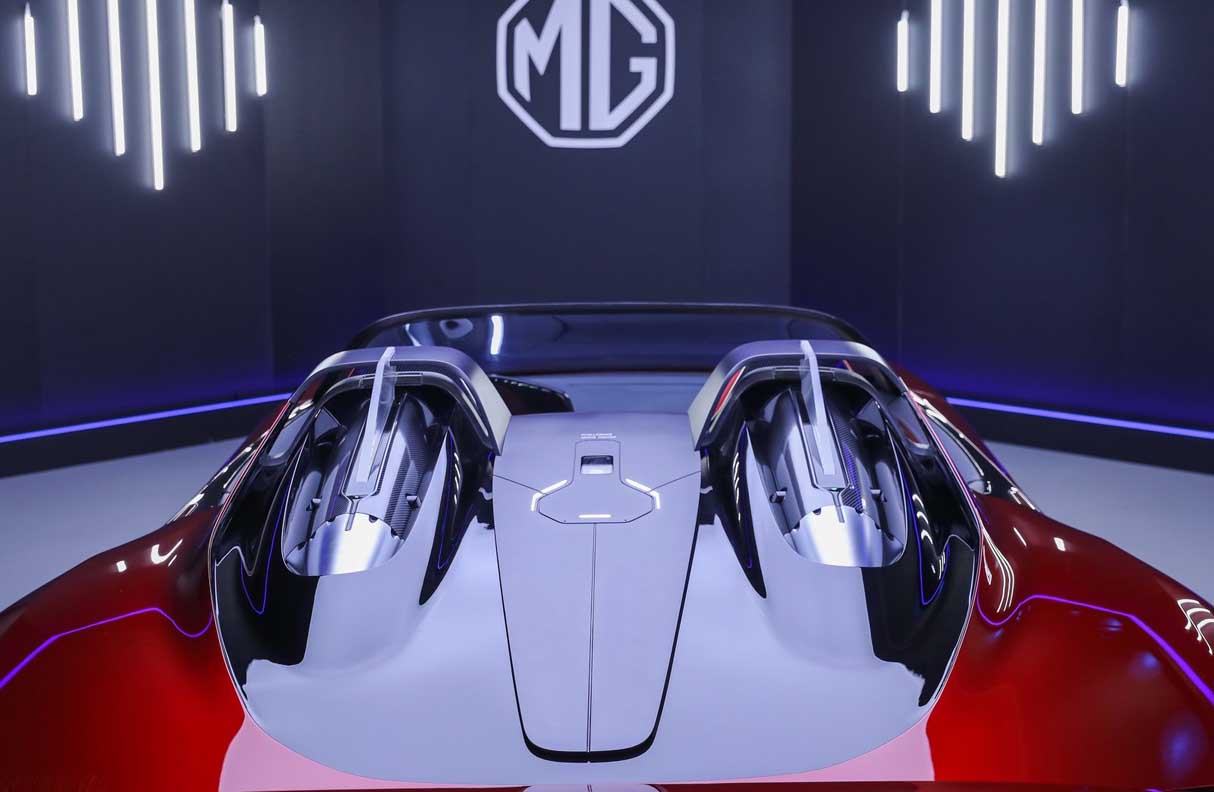 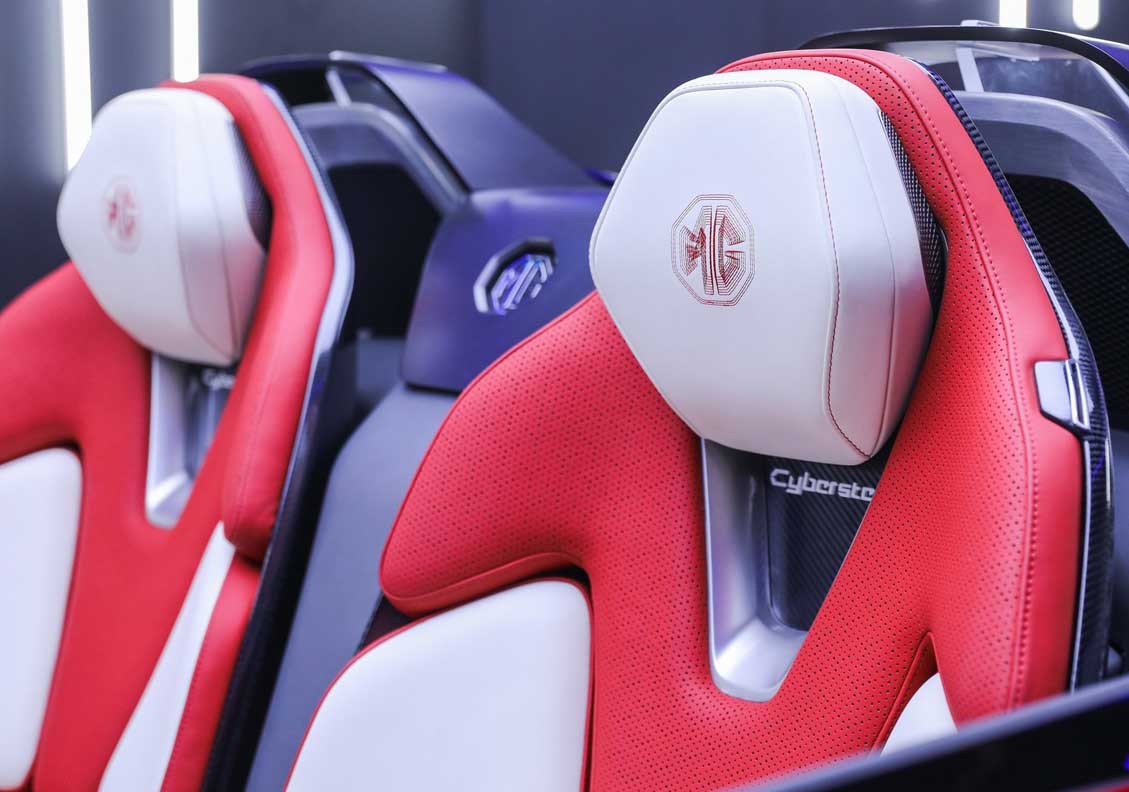 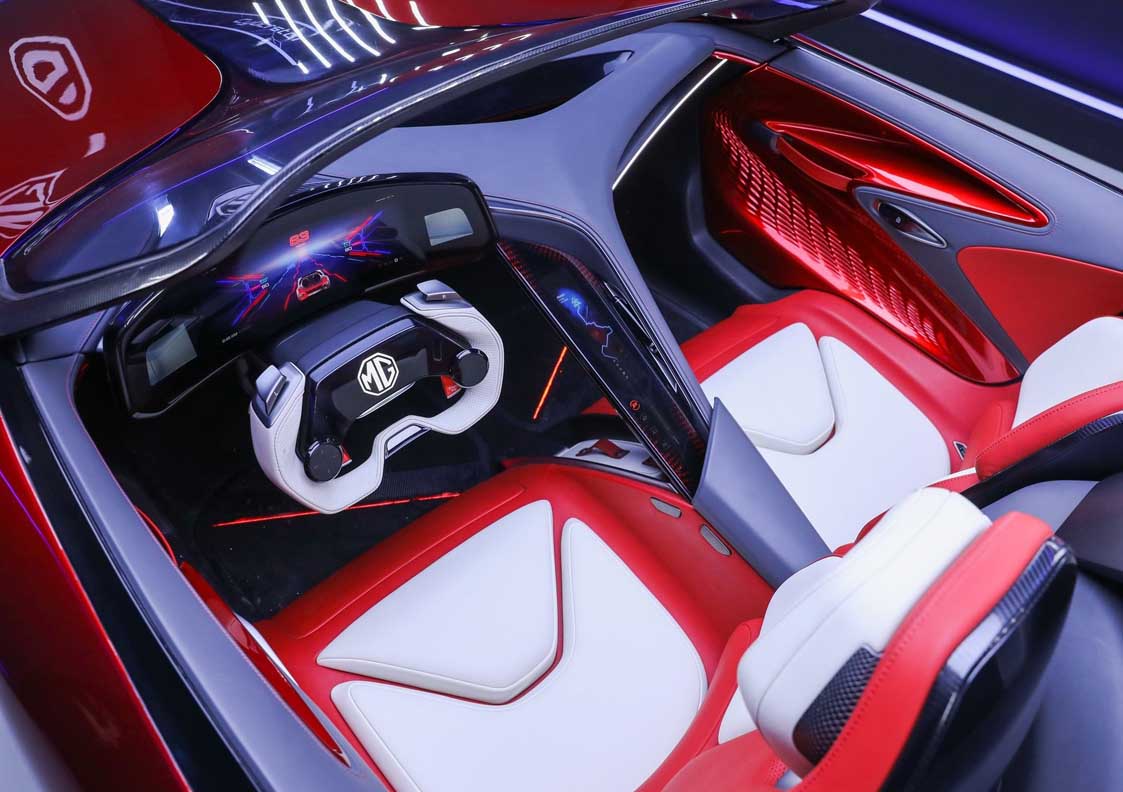 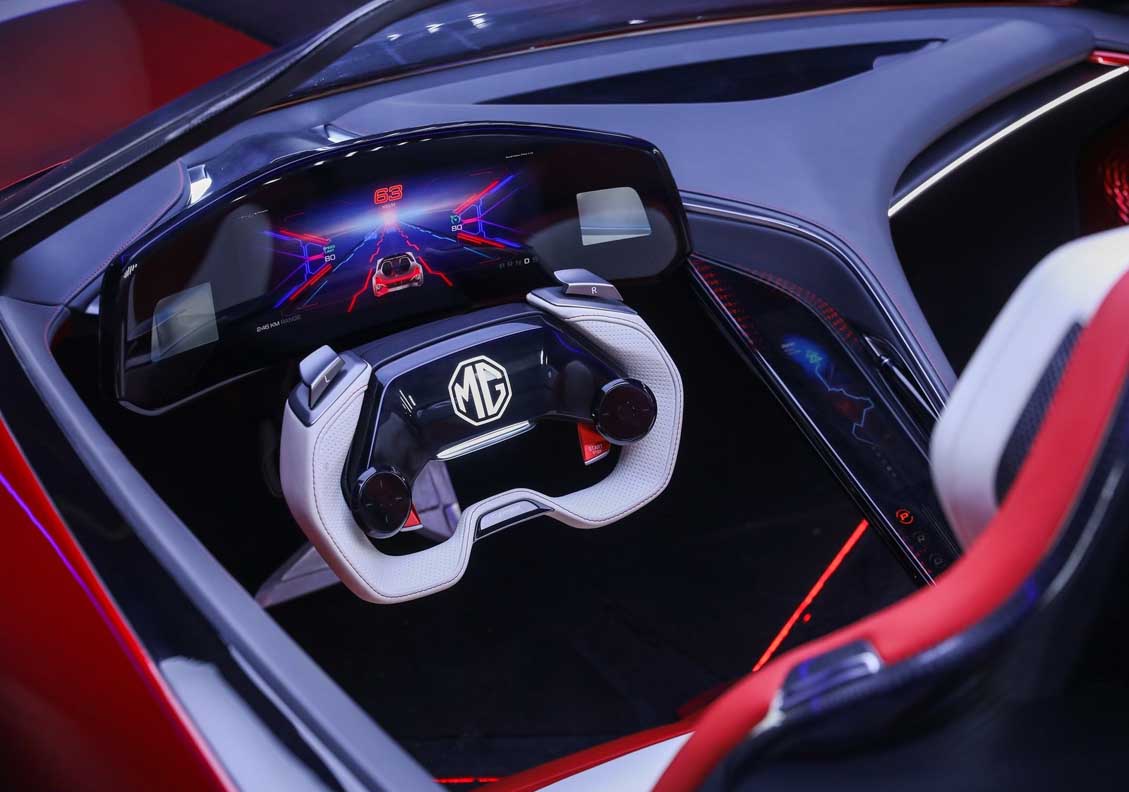