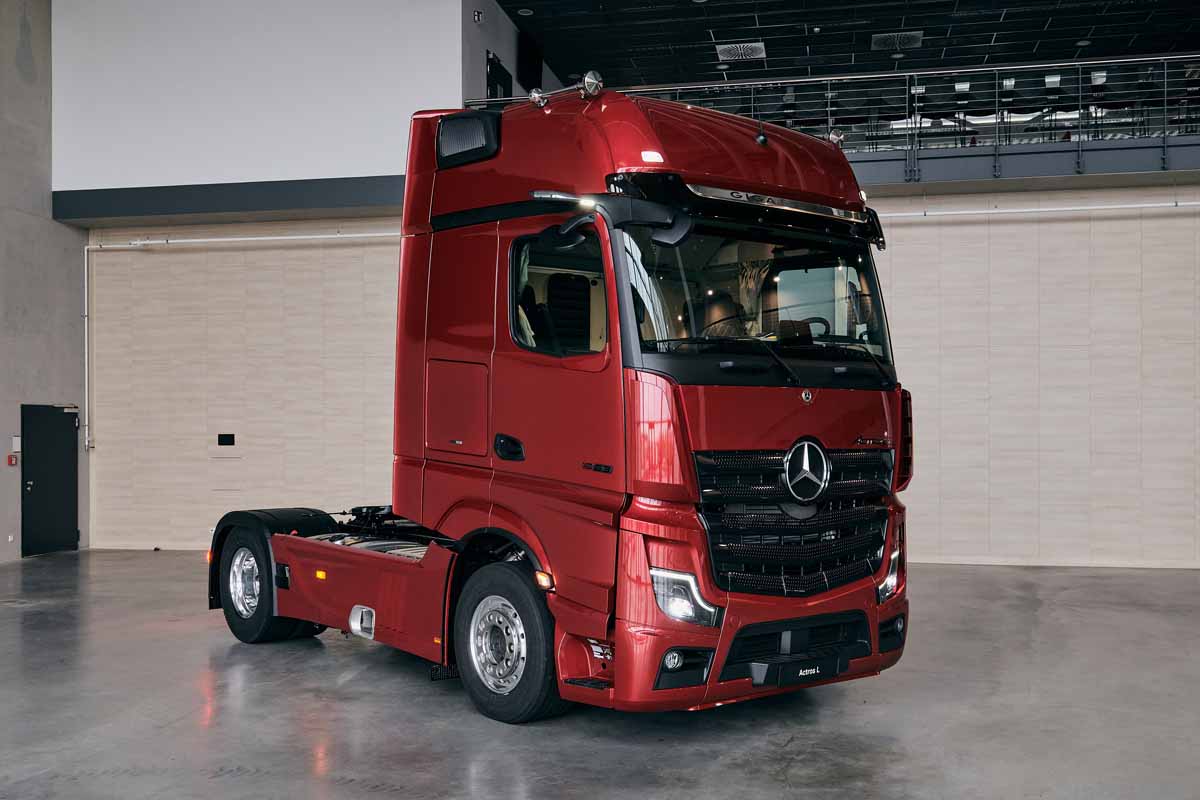 Mercedes-Benz Trucks has now updated MirrorCam for the first time: With the second generation, available for the Actros and Arocs as well as eActros series since April 2022, Mercedes-Benz Trucks has evolved important details of the system, winning several Innovation Awards. “The intensive discussions with our customers and their experiences from day-to-day operations formed the foundations for us to make further adjustments to individual technical parameters, thereby generating even greater added value, especially in terms of display and safety,” says Prof. Uwe Baake, Head of Product Development at Mercedes-Benz Trucks.

The exterior of the second MirrorCam generation stands out because the camera arms on both sides have been shortened by ten centimeters. This applies to both the narrower and wider cab and has the advantage, among other things, that drivers can reverse in a straight line more easily than with the first MirrorCam generation. This particularly comes as a result of MirrorCam’s perspective now being even more akin to that of conventional glass mirrors. Shorter dimensions bring about another advantage because with the 2.50-metre wide cab, the camera arm now protrudes no further than the kerb mirror which is within drivers’ plain sight. Collisions with objects at the edge of the road are now virtually impossible. Thanks to the width of the chassis being identical, this also applies to the 2.30-metre wide cab variant.

As part of the revision of the camera-based system, Mercedes-Benz Trucks has also evolved further features. For example, a drip edge has been incorporated at the bottom of MirrorCam to prevent rainwater from running onto the lens and causing undesirable visual effects. In addition, engineers at Mercedes-Benz Trucks have further optimized the tone mapping – tone mapping is a process in which an image is adapted so that a large range of tones are displayed correctly on a medium – reflected primarily as an improved contrast display. The camera system’s evolution in colour and brightness adaptation, which is already very bright in itself, means that the displays show the area relevant to the driving situation even more accurately when reversing into a dark or poorly lit facility, for example.

Committed to Safety and Driver Convenience

The implemented revisions result in an even higher added value for MirrorCam overall. Thanks to its supporting effect, the enhanced system can help to manage situations such as overtaking, manoeuvring, driving in poor visibility and darkness, cornering and passing narrow spaces even more safely and without causing stress. The existing advantages are still available, such as wide-angle mode when maneuvering backwards, distance lines on the display for better assessing the distance from objects behind the vehicle being driven, camera image panning when cornering or monitoring of the vehicle’s surroundings during rest periods.

The interaction between MirrorCam and the cornering assistant from Mercedes‑Benz Trucks has already proven to be helpful, especially in complex traffic situations and at confusing junctions. If, contrary to expectations, there is a risk that a truck driver fails to spot a cyclist or pedestrian when turning right, the system can intervene within its system limits, warn the driver as part of a multi-stage process and, in the case of the optionally available Active Sideguard Assist, initiate automated braking up to a cornering speed of 20 km/h. The cornering assistant continues to use the MirrorCam display for visual warnings. 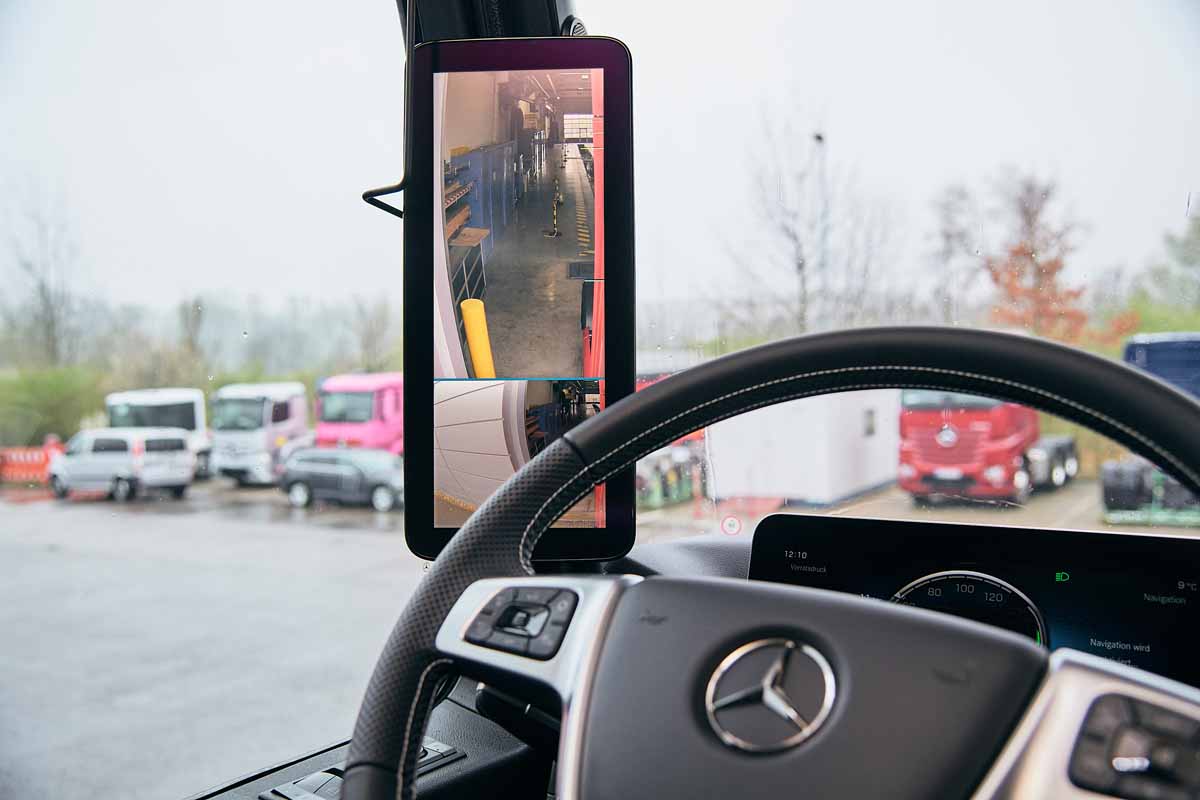 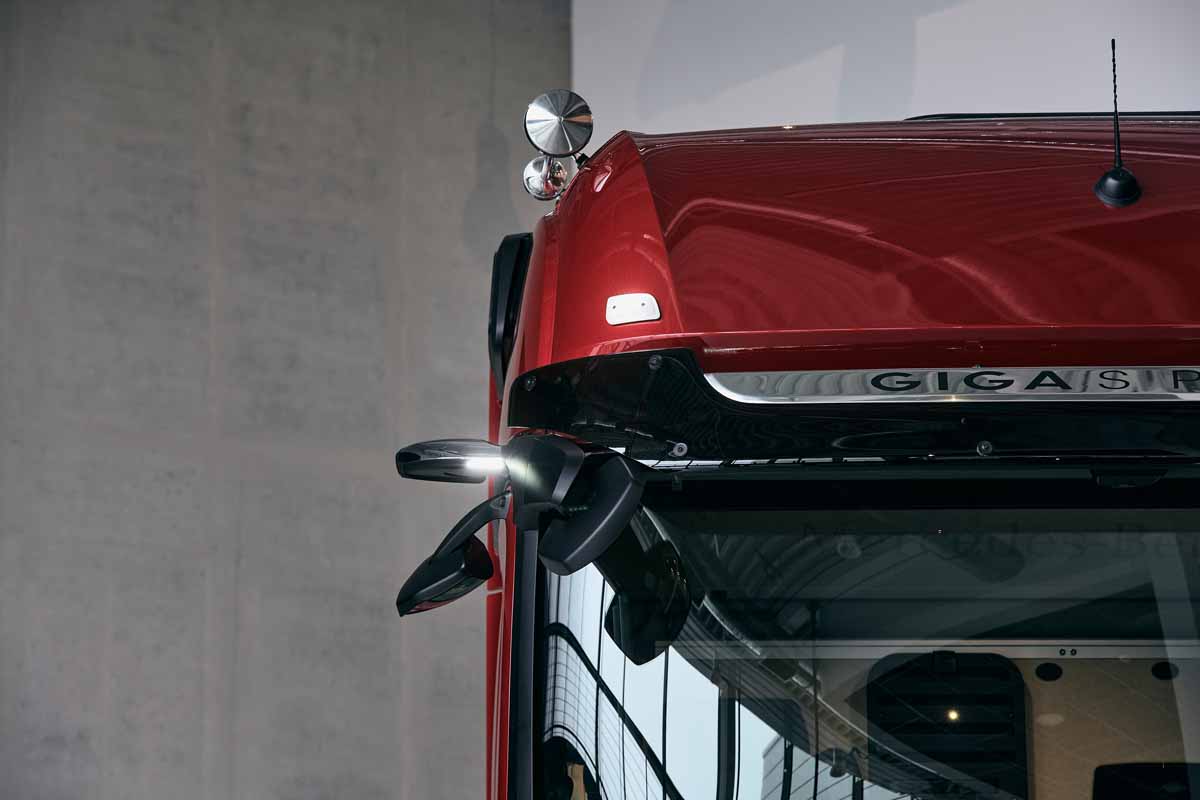 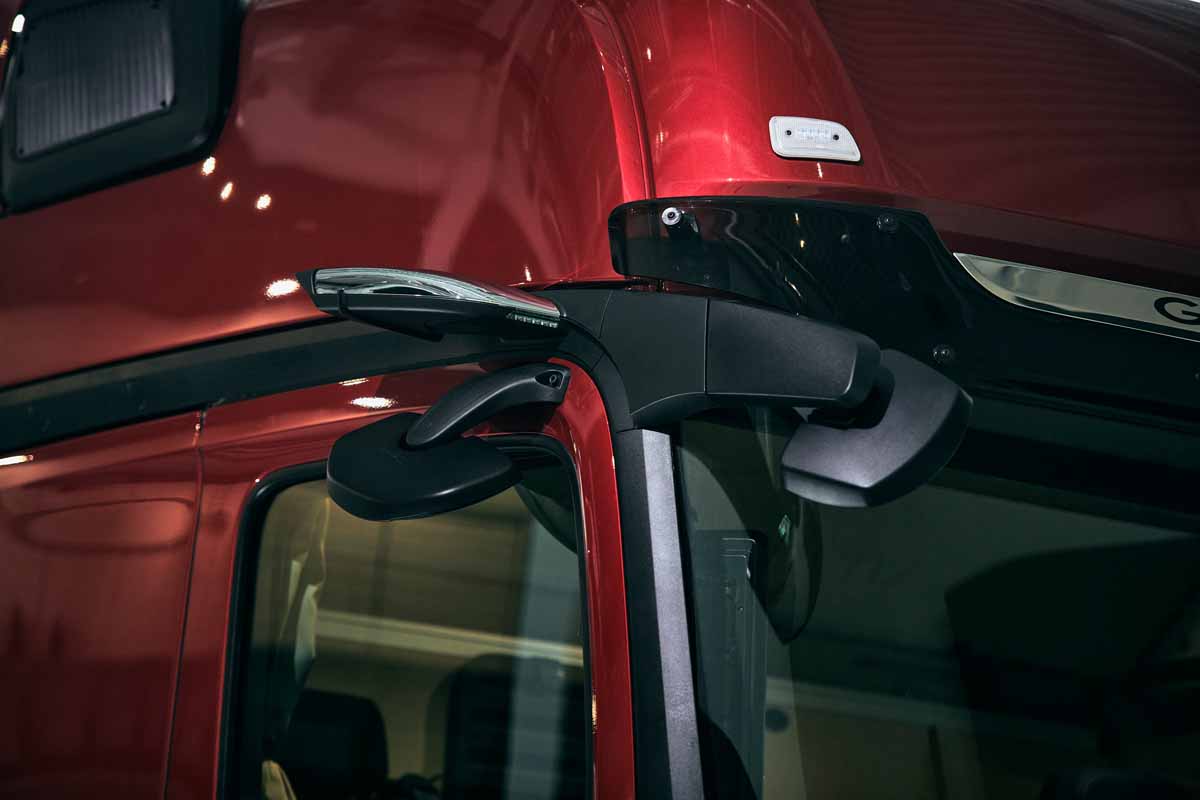 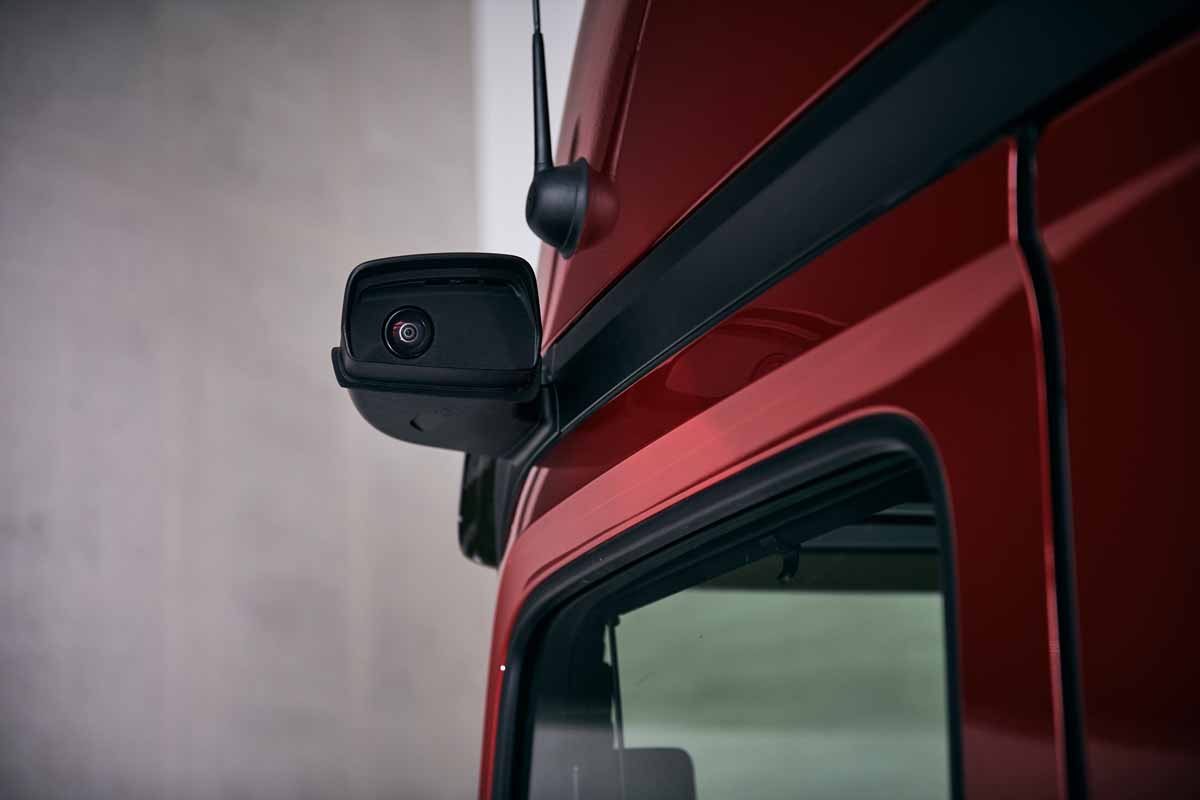 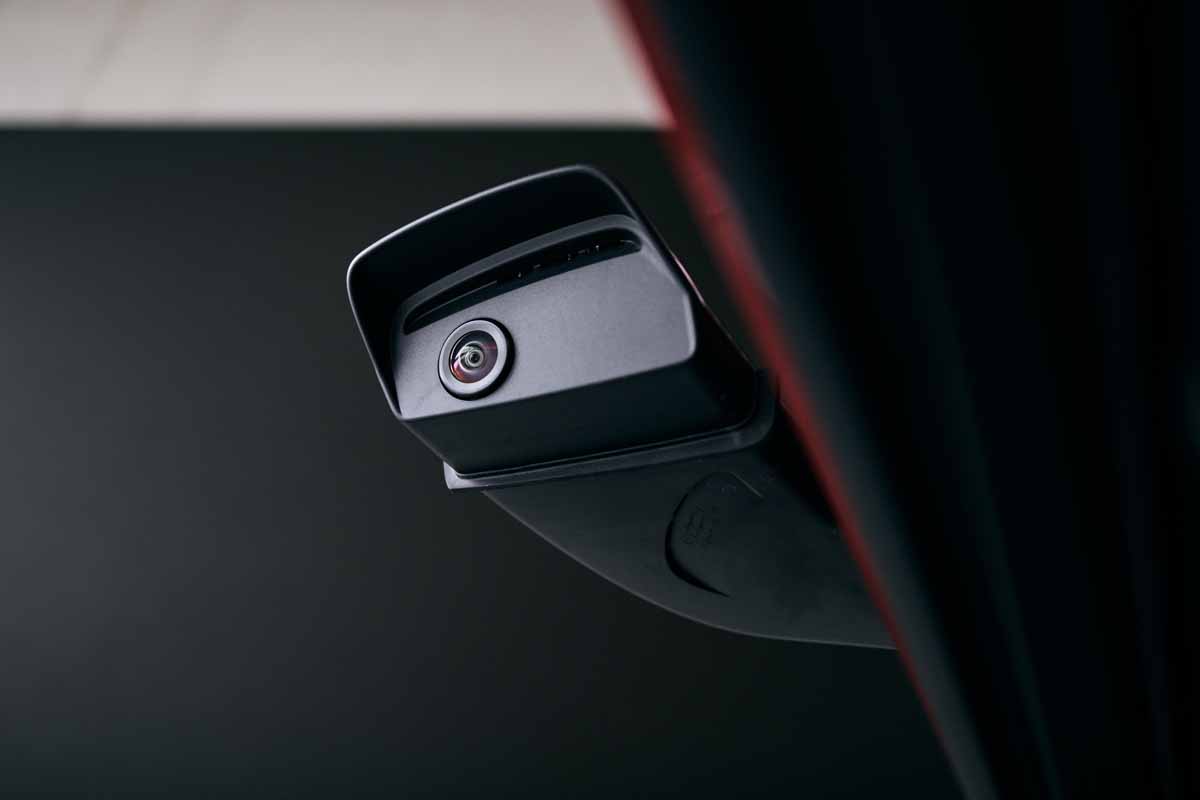 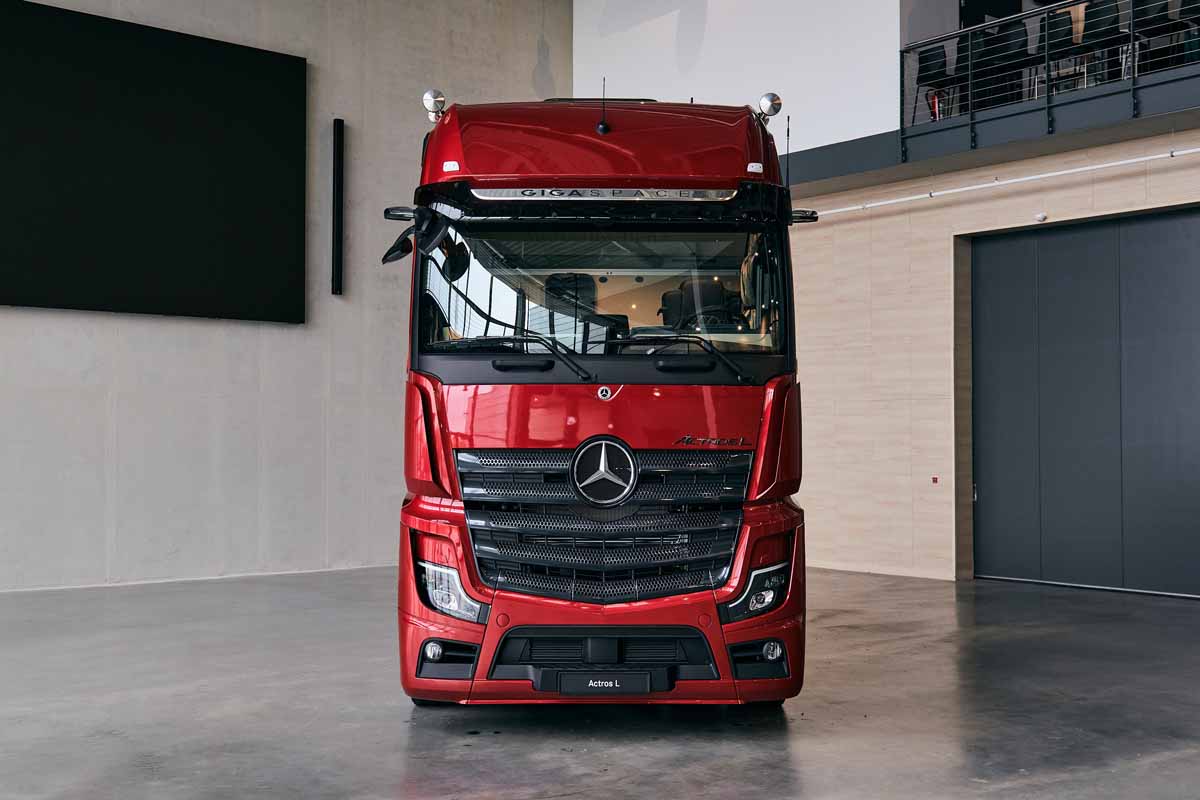 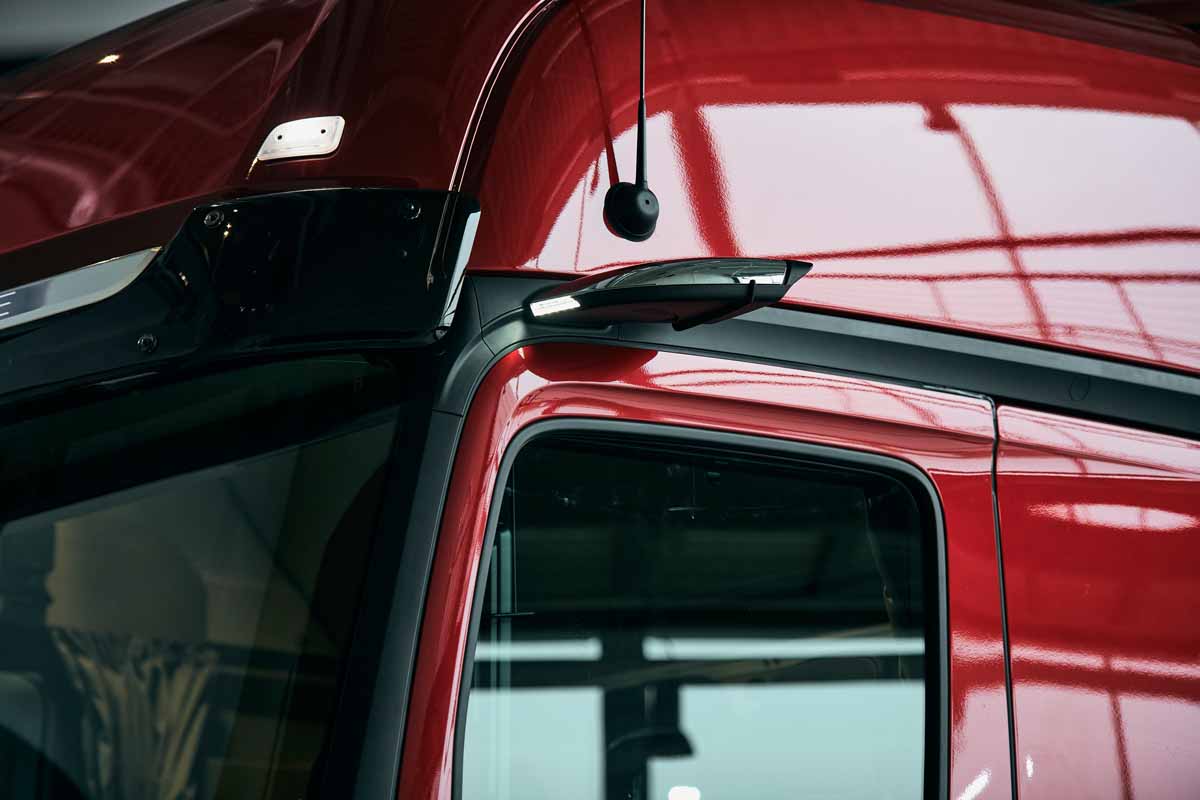 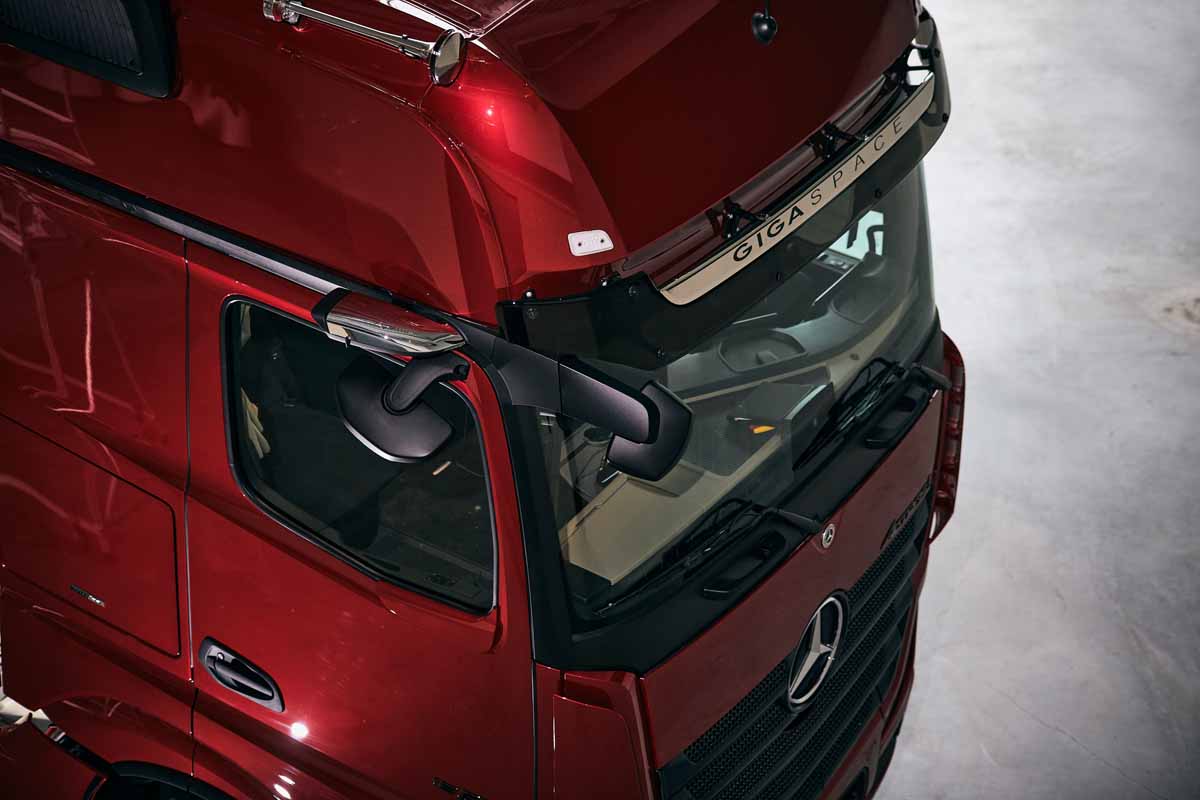