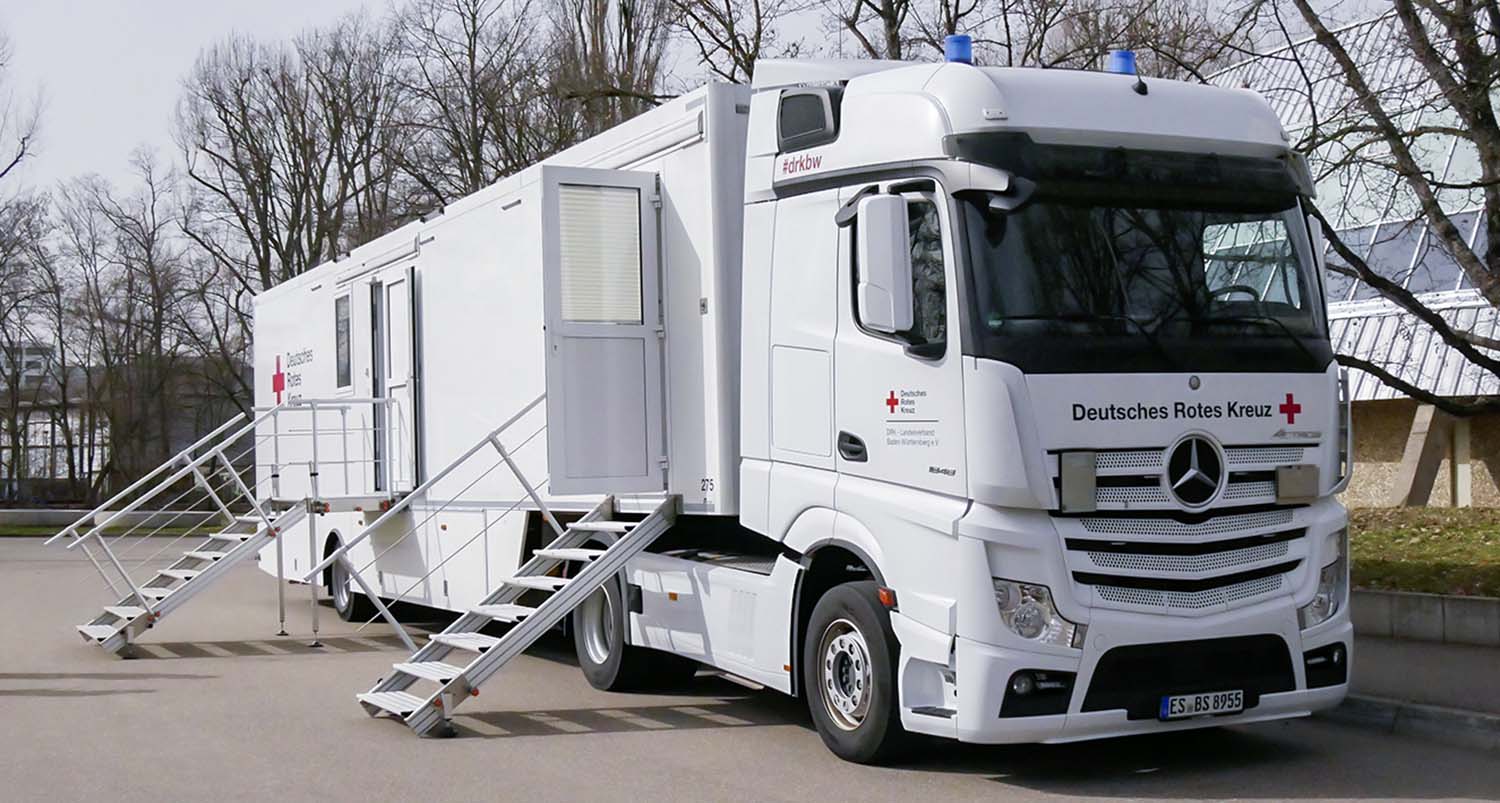 In the fight against the corona virus pandemic and in a bid to speed up the vaccination campaign in the Rems-Murr district, the head of the district’s council, Dr Richard Sigel has joined forces with Baden-Württemberg’s Ministry for Social Affairs and drawn up a unique concept within the State of Baden-Württemberg which will see a mobile doctor’s practice being used directly in the towns and villages of the district.

Vaccination truck in operation around the Rems-Murr district

The Rems-Murr district has a number of densely populated industrial centres, but also many large countryside areas which form part of the Swabian forest nature park. And these small and sometimes difficult-to-reach villages also need to be included in the vaccination programme.

Head Councillor Dr Richard Sigel affirms: “The project is exclusively targeted at vaccinating the over-80s. In this group, we really need to pick up the pace – we’re in a race to vaccinate before the highly infectious variants of the virus start gaining ground.” Sigel adds: “That’s why we need to use the vaccination truck and get the elderly vaccinated as rapidly as possible. As was also previously the case, we still don’t have enough vaccinations to rapidly inoculate all those who want it. But with the truck, we can get additional doses spread out across the Rems-Murr district”.

A plan has been determined which will see the truck stop in every town and village in the district. As part of the route planning, the second vaccination dose also gets calculated in directly. This has to take place three weeks after the initial dose, so after that time, the truck restarts its route from the beginning. Once that route is complete, the locations to which the truck hasn’t yet been will also be served.

On a daily basis, as many as 130 vaccinations are administered. This method will allow a total of at least 10,000 additional vaccinations to be given, and thus more than 5,000 inhabitants over the age of 80 in the Rems-Murr district will have the best-possible protection against the virus. On-board the truck, currently only the BioNTech-Pfizer vaccine is used.

The Rems-Murr district is also willing to use their experience from this unique project to help other districts carry out such a project for similar-sized or highly populated counties. The project may therefore become a role model for others – provided that sufficient vaccination doses are available.

The technology of the Mercedes-Benz Actros vaccination truck

An integral component of the mobile medical supply unit is the Mercedes-Benz Actros 1848 LS tractor unit. Just like the semitrailer, the towing vehicle is also painted in light ivory. The front of the Actros and its doors bear the German Red Cross logo. In line with its equipment as an emergency response vehicle, the Mercedes-Benz tractor unit is also fitted with two blue lights and a siren, not to mention digital two-way radio equipment.

The Mercedes-Benz Actros 1848 LS is powered by the latest-generation 12.8-litre OM 471 LA engine. Utmost day-to-day comfort in the cab is afforded not only by its numerous large stowage and storage spaces, but also to a large extent by the generously sized beds in the Actros.

This is especially important as it enables the mobile doctor’s surgery to be used in disaster relief over longer durations. The vehicle combination is designed for long-distance driving, thereby enabling rapid relocation to disaster zones, to other federal states within Germany, or even to other European countries.

An important aspect for operations such as the fight against the pandemic is the reliability of Mercedes-Benz commercial vehicles, as well as the brand’s dense workshop network and Europe-wide spare parts supply, should they ever be needed.

Officially, the mobile doctor’s surgery goes by the name of the “mobile medical supply unit”. Among other things, it is used in emergencies to provide basic medial care. In the vaccination truck’s semitrailer, there are two treatment rooms and a waiting room – thus there’s plenty of space for two vaccinations to take place at the same time. The surgery also features a laboratory and a sonography device.

The vehicle isn’t just equipped for short-term operations at one-off events, it is also suitable for use over longer periods alongside emergency accommodation, for example. To this end, it has its own electricity generator and water supply system, plus it can also carry a range of medical equipment on-board during operations.

The logistics center of the DRK regional association in Kirchheim / Teck is a central facility for the provision of material and vehicles in the event of major damage, disaster events or other emergencies. As part of the Covid-19 pandemic, the logistics center fulfills numerous tasks for the association and the state of Baden-Württemberg, such as the provision of large quantities of infection protection material.

At the beginning of the COVID-19 vaccination campaign in the Rems-Murr district, the head of the district’s own Red Cross division, Sven Knödler, explained: “Rems-Murr’s local Red Cross division has been fighting the corona virus pandemic for more than a year now. Vaccinations play a major role in protecting groups of people who, for example, fall into high-risk groups either through their work, their age or as a result of certain underlying conditions or ways of life. 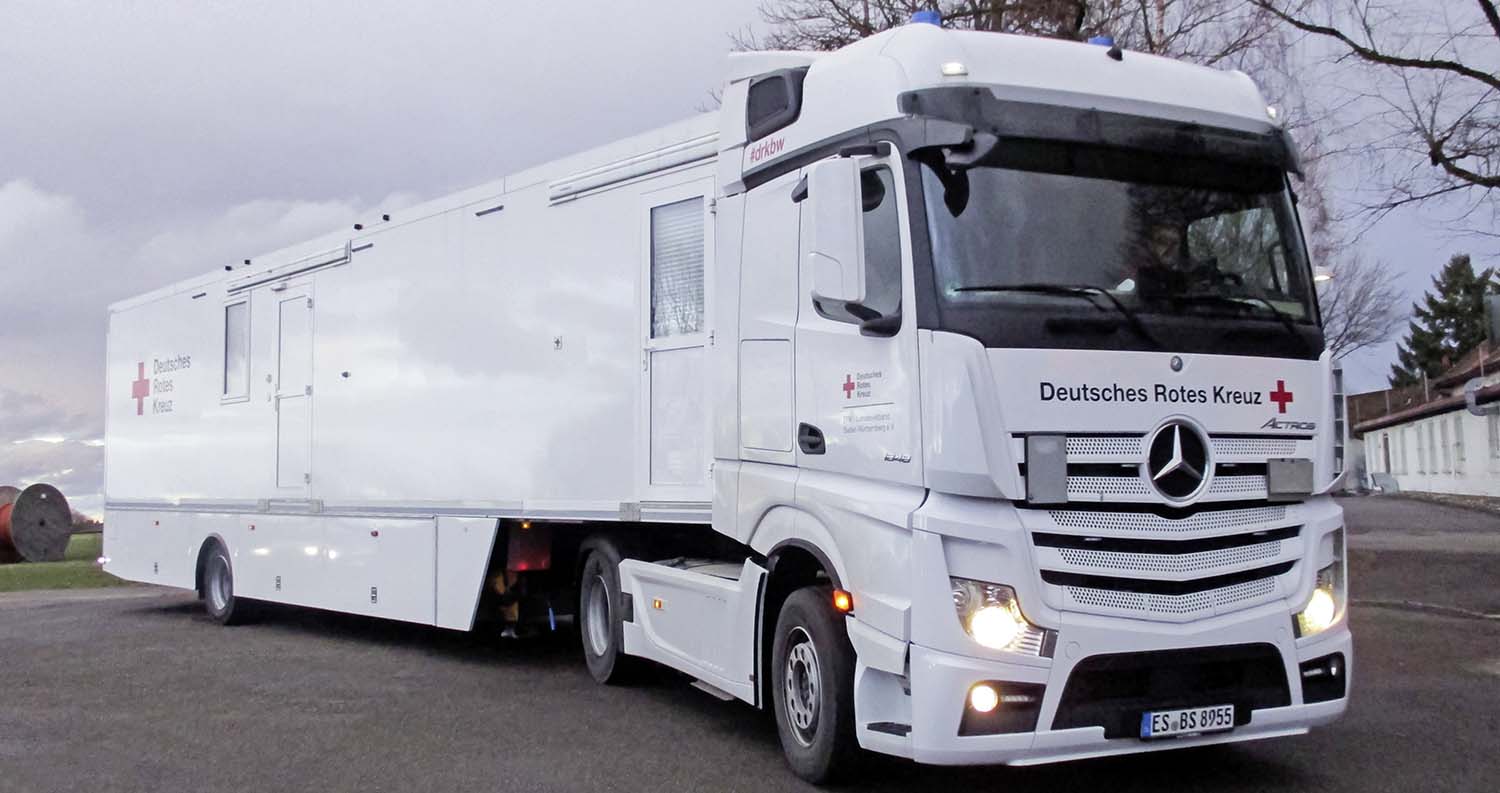 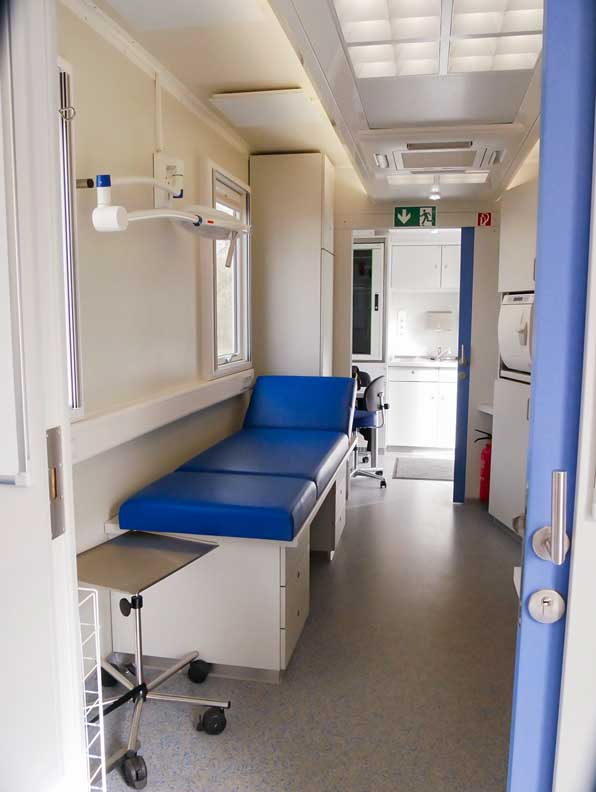 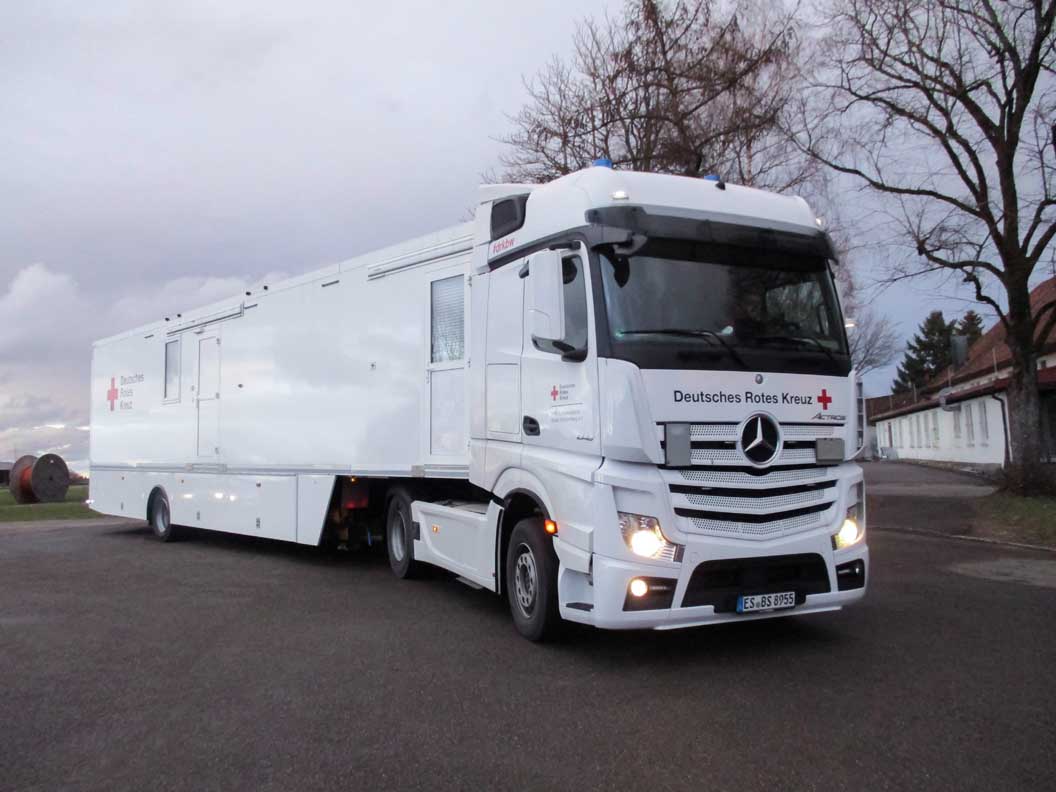 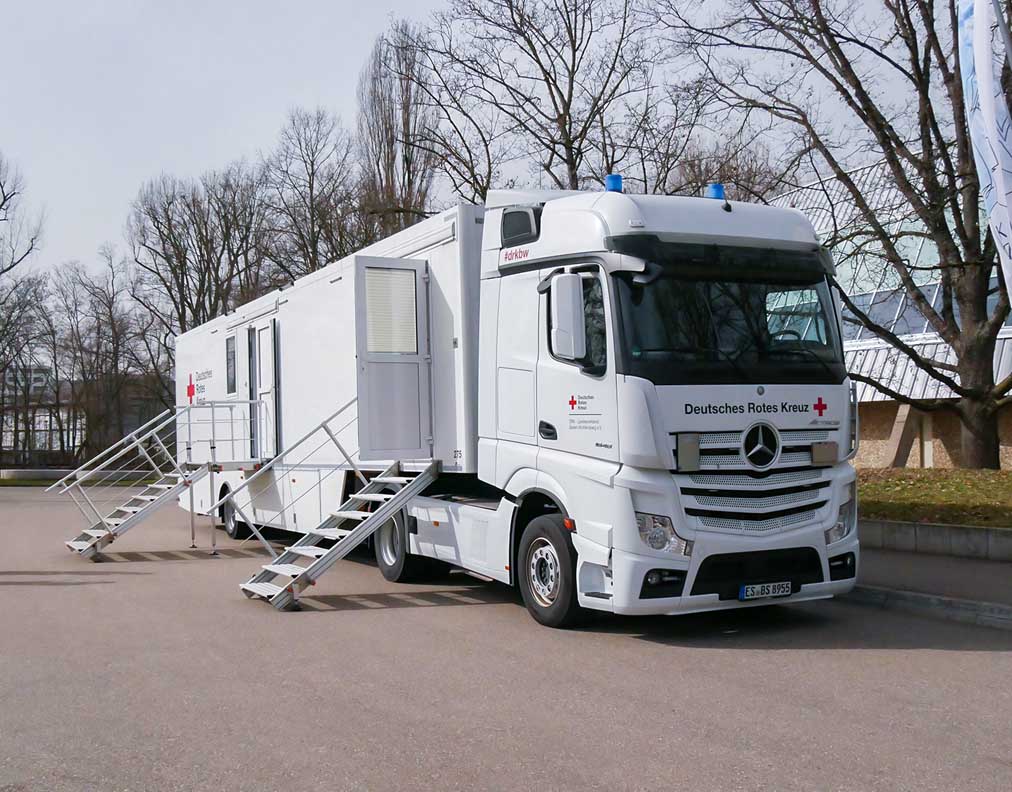