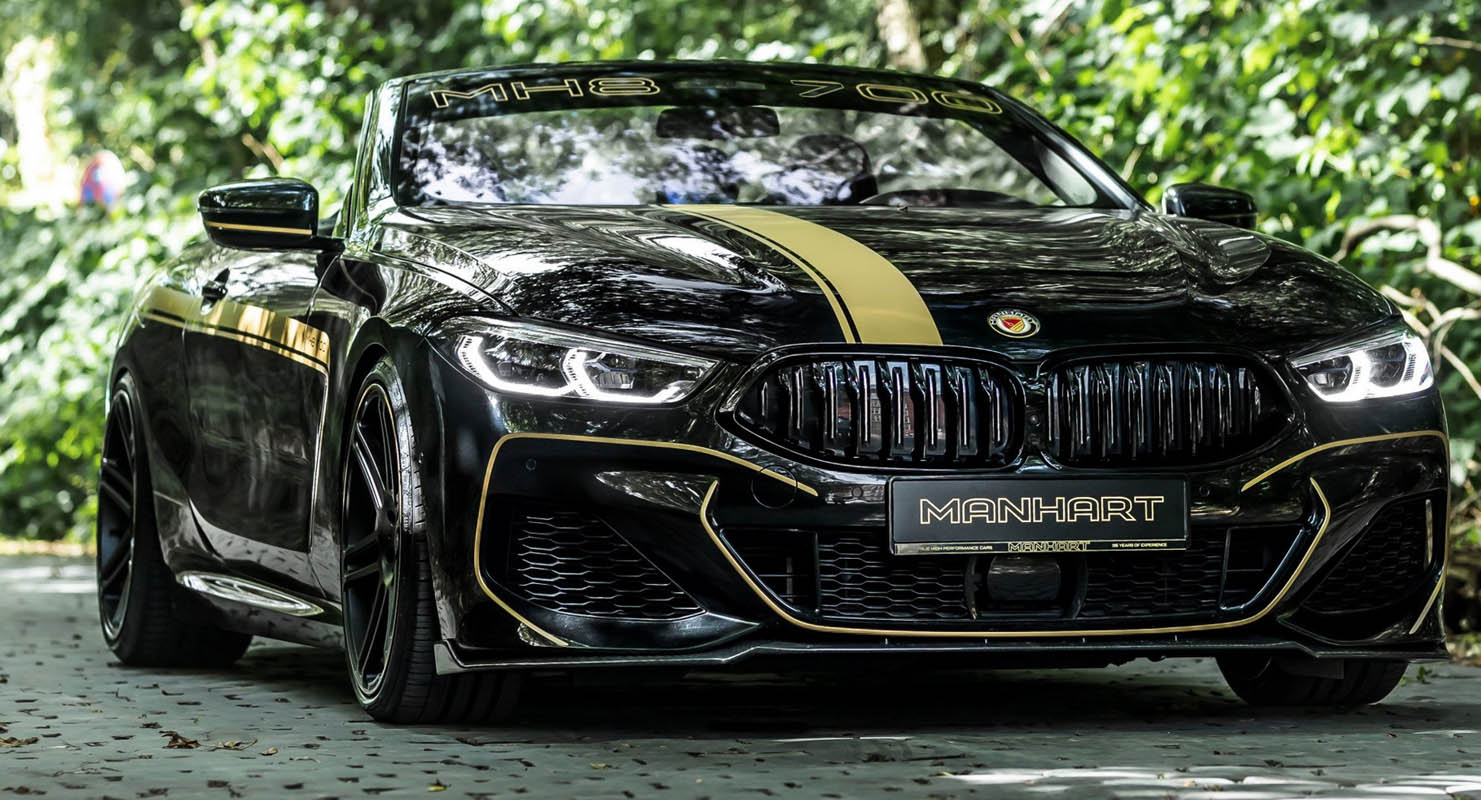 With the open-top 8 Series, BMW offers an equally sporty, powerful and luxurious Gran Tourer of the luxury class that is second to none. It doesn’t even have to be the top-of-the-range M8 model.

The M850i, the beautifully designed fabric-roof convertible in the 4.80-metre class, with a 530hp and 750Nm 4.4-litre biturbo V8, also leaves virtually nothing to be desired in terms of equipment and quality appeal.

Nevertheless, MANHART did not miss the opportunity to extensively refine and optimise the large two-door model: The result is the MH8 700 Cabriolet.

The centrepiece of the conversion is, of course, the radical overhaul of the engine: the turbocharged, eight-cylinder has been upgraded to an output of 710hp and 925Nm of maximum torque.

This is thanks to MANHART ECU remapping in combination with the MANHART upgrade turbochargers, which are more powerful than the standard ones, together with a new intercooler and sports air filters.

Added to this is the MANHART stainless steel exhaust system with valve control, which not only generates a thrilling sound, but also refines the appearance with its four carbon tailpipes.

In addition, MANHART race downpipes without catalytic converter and the MANHART OPF Deleter are available, neither of which, however, have TÜV approval and are thus only intended for export.

In-line with the engine modification, the eight-speed automatic transmission also receives an upgrade. The braking system, on the other hand, remained in its standard condition in this case, with the exception of the golden paintwork on the calipers – however, individual adaptations are also possible in this respect on request.

Visually, the MH8 700 also stands out from the regular M850i with an individual look. For example, the front and rear spoilers – each made of carbon – as well as a new diffuser provide sporty, dynamic accents.

In addition, the black bodywork is refined with MANHART golden set of decorations. Inside the wheel arches house the tried and tested MANHART Concave One rims in 9×20 and 10.5×20 inches with 245/35 and 275/30 high-performance tyres.

The additional lowering of the body by 30 millimetres was achieved with the help of MANHART lowering springs by H&R. And last but not least, MANHART also skillfully set small but equally fine and effective accents with a steering wheel spoke and gearshift paddles made of carbon. 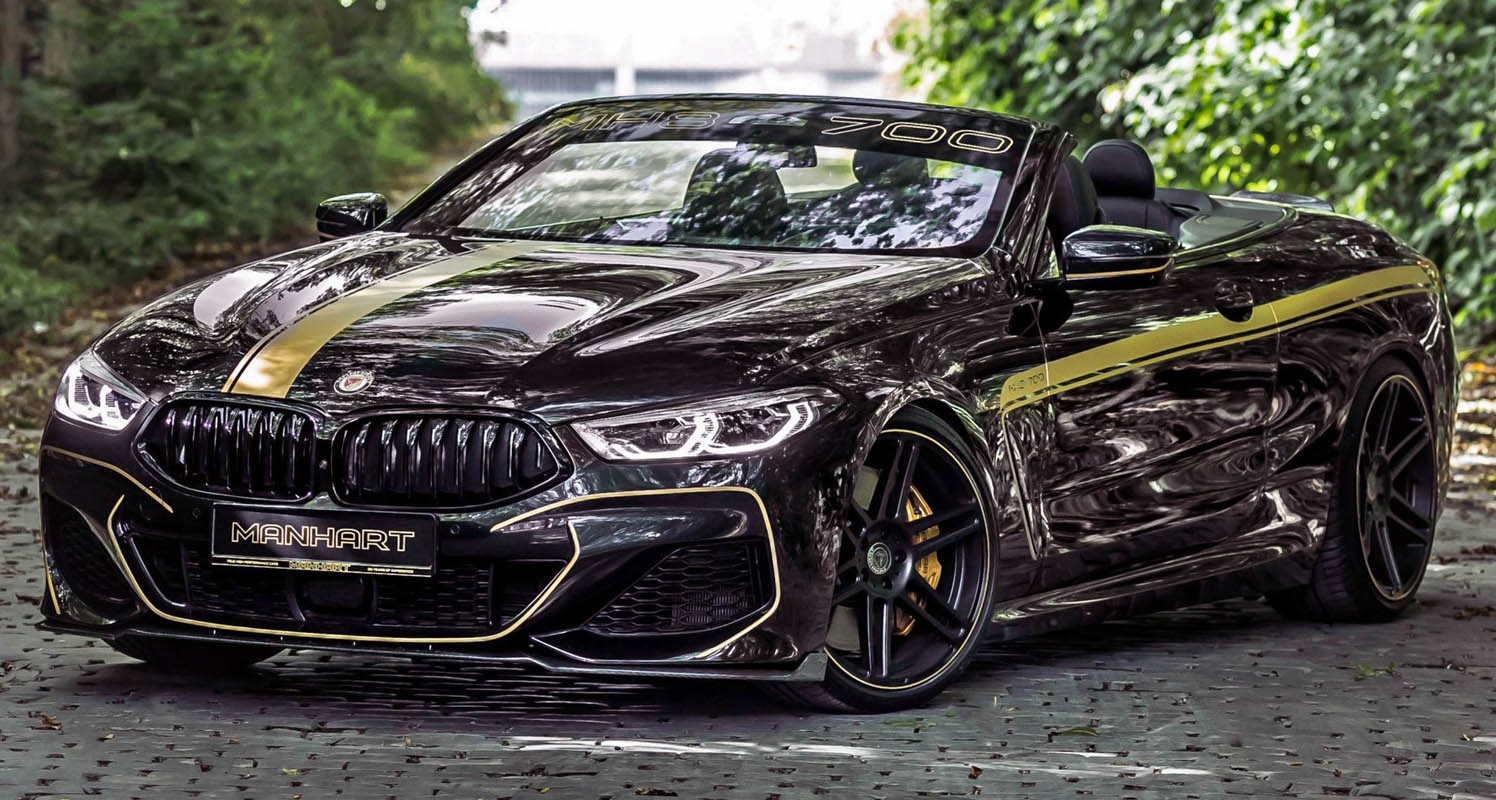 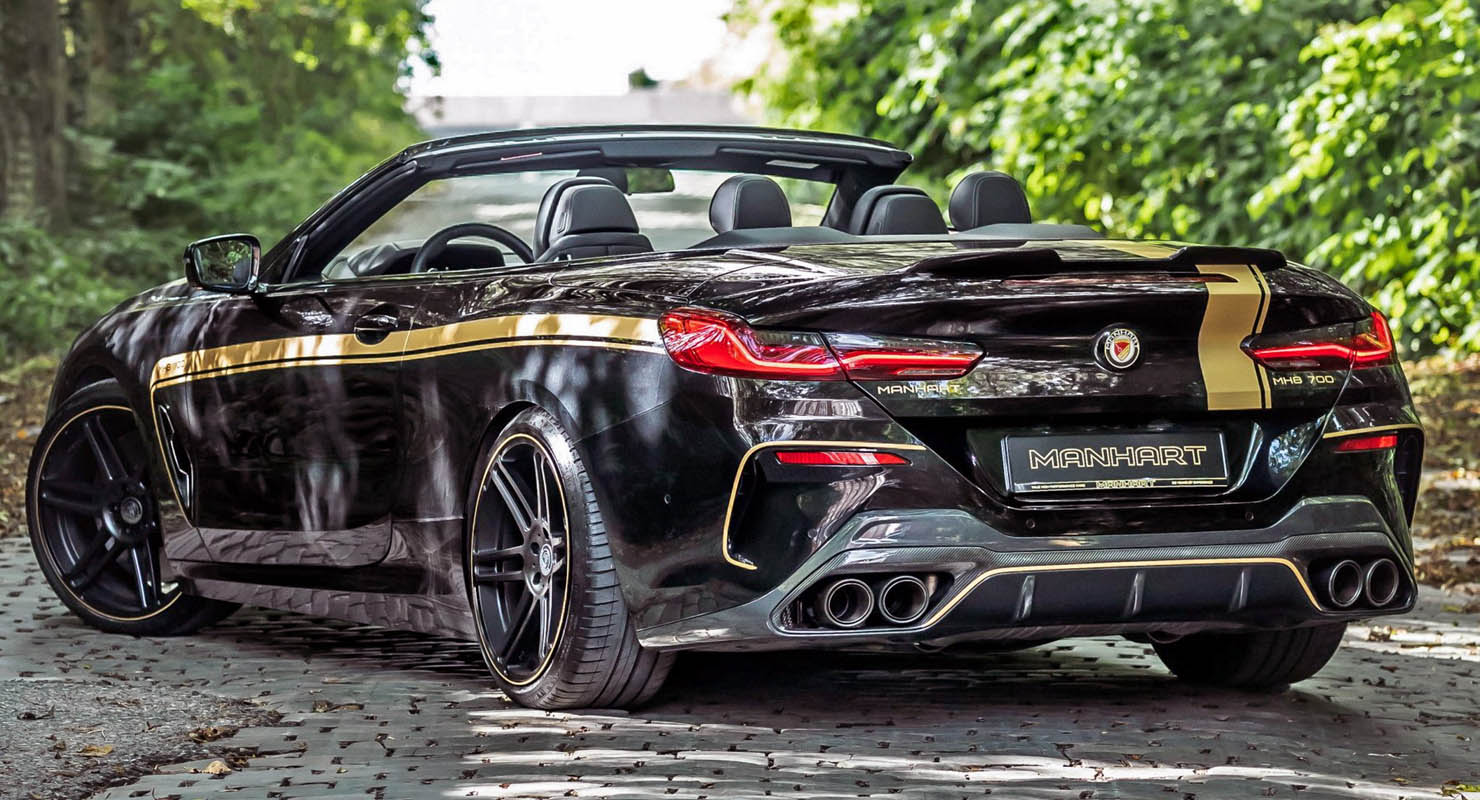 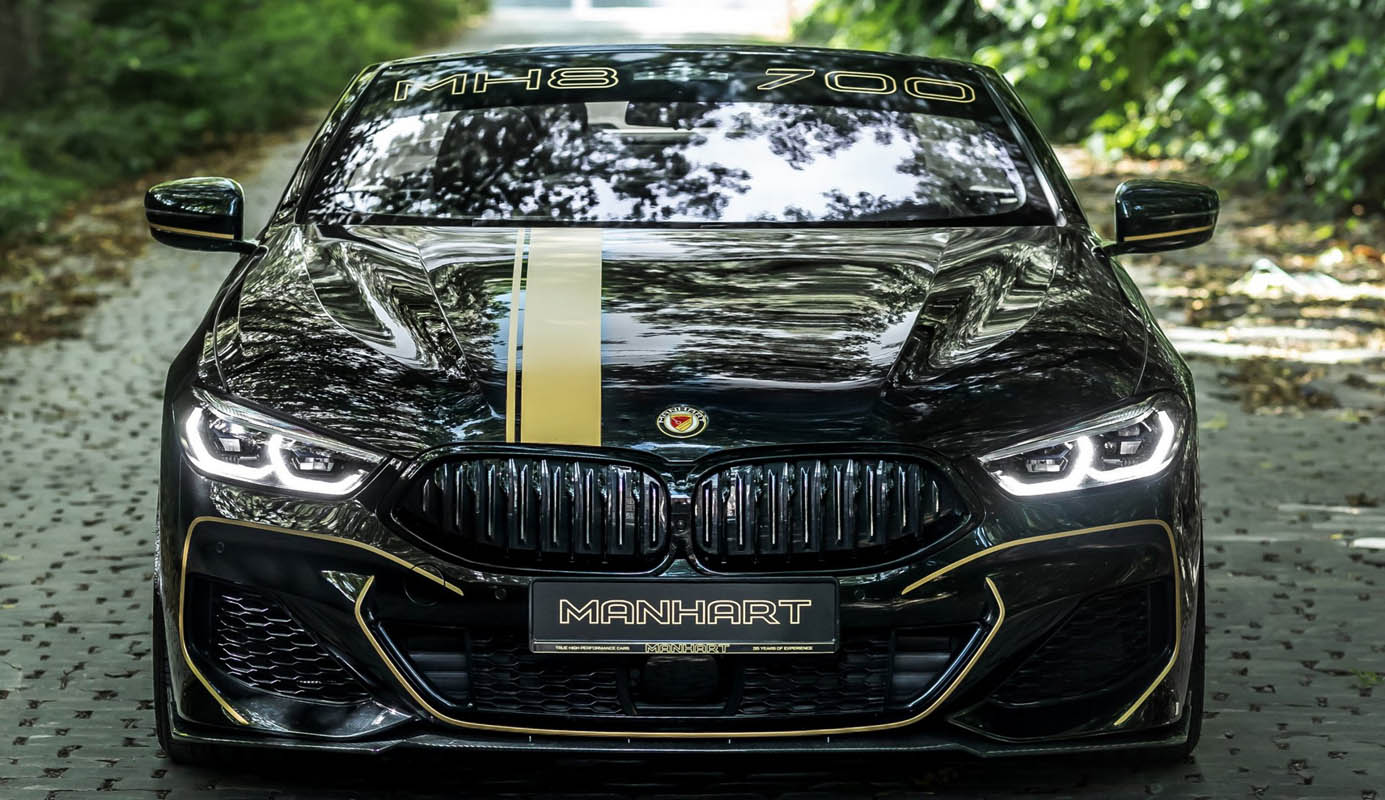 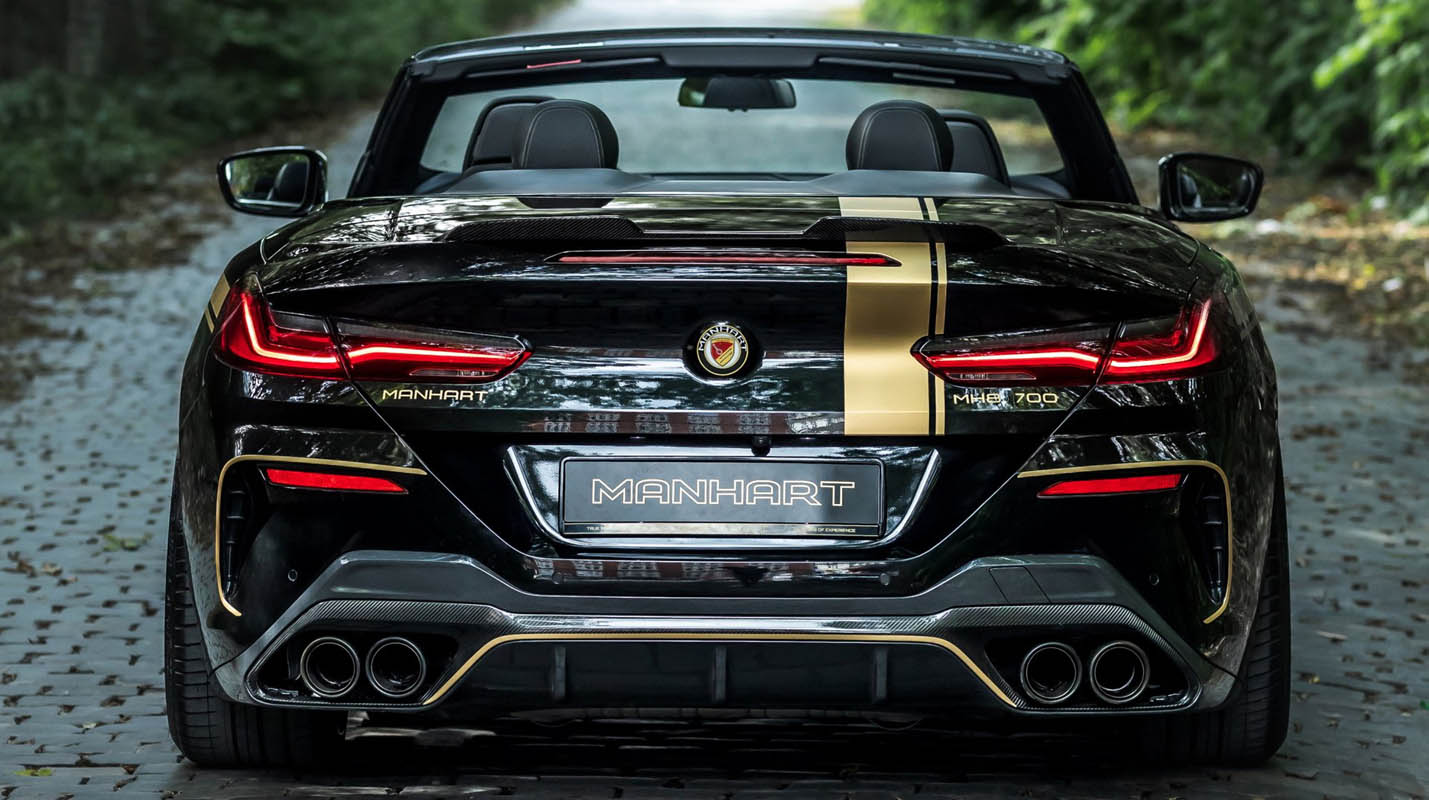 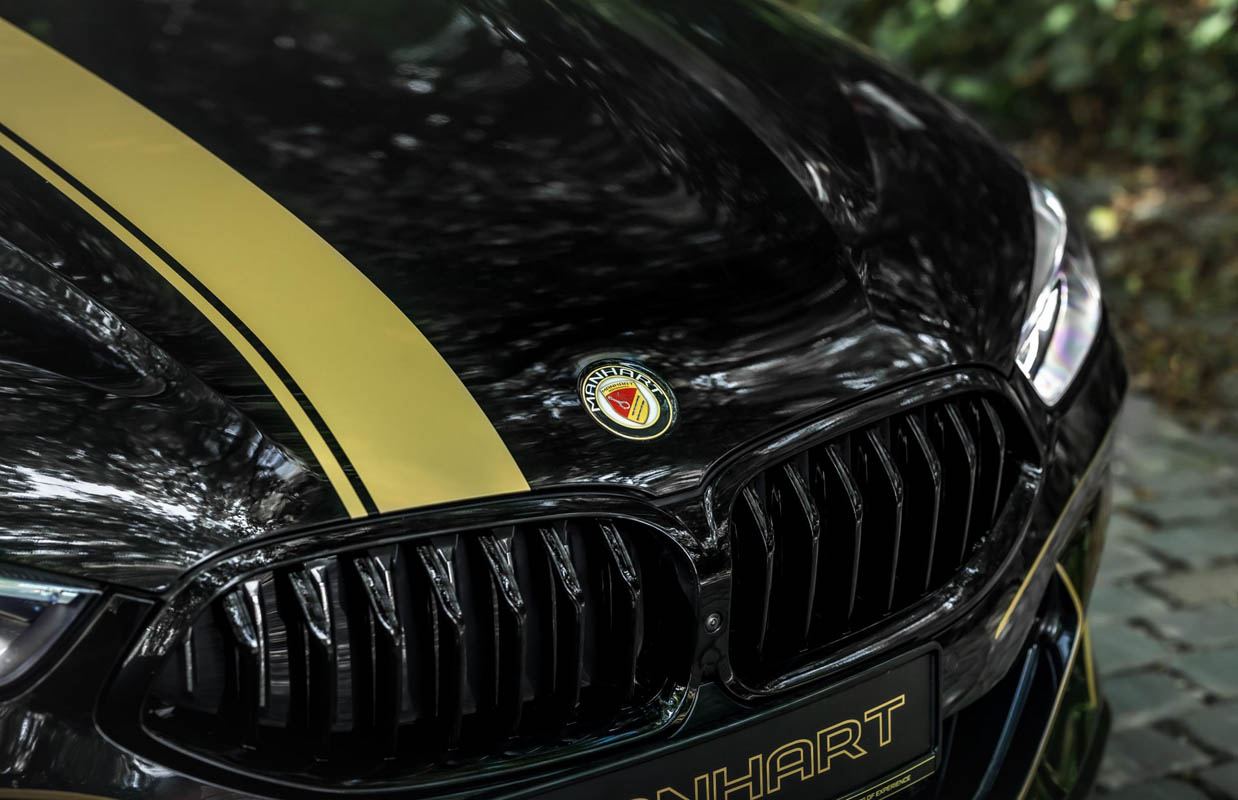 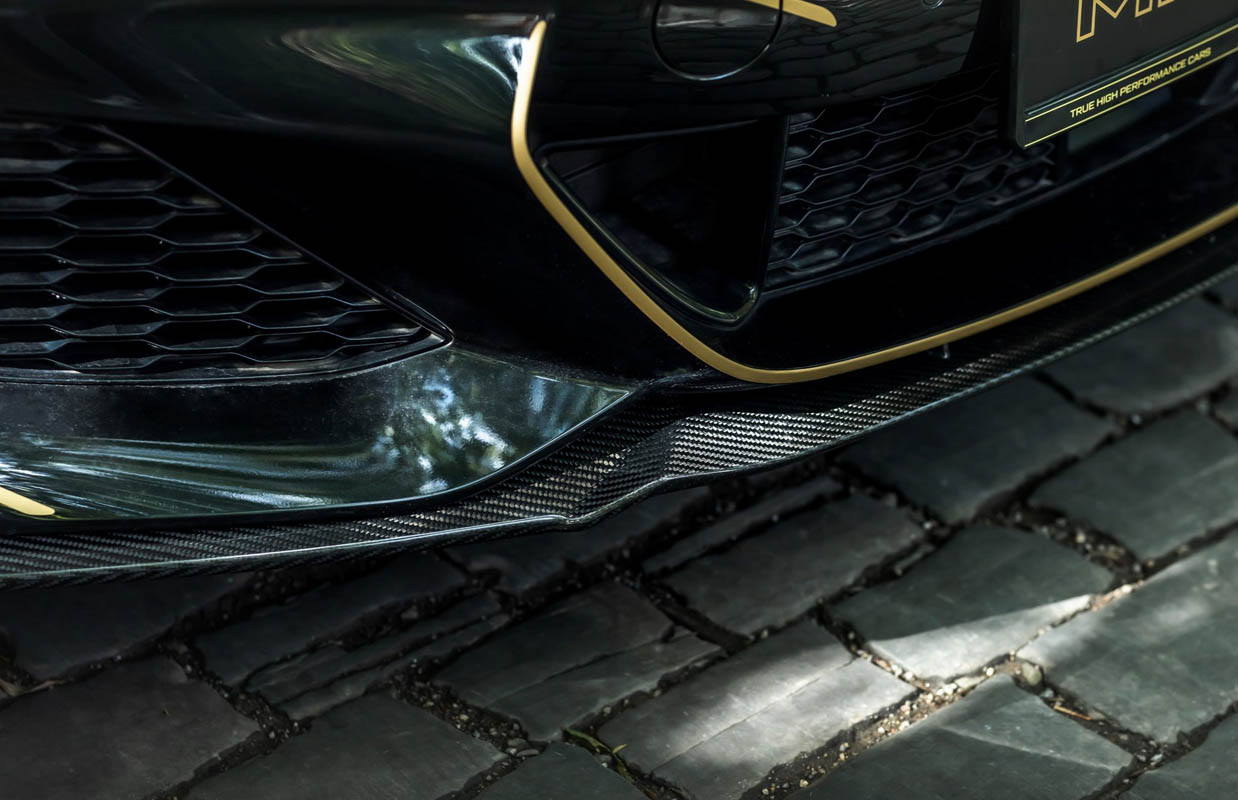 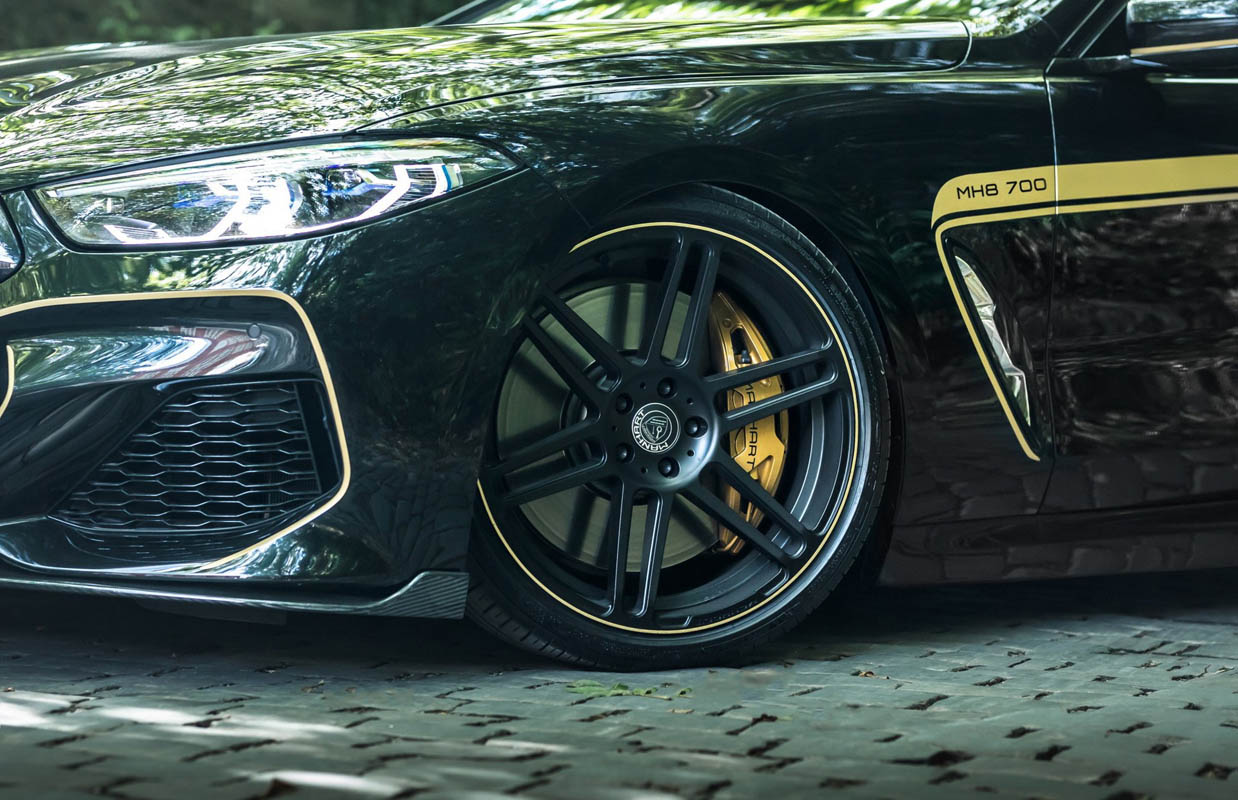 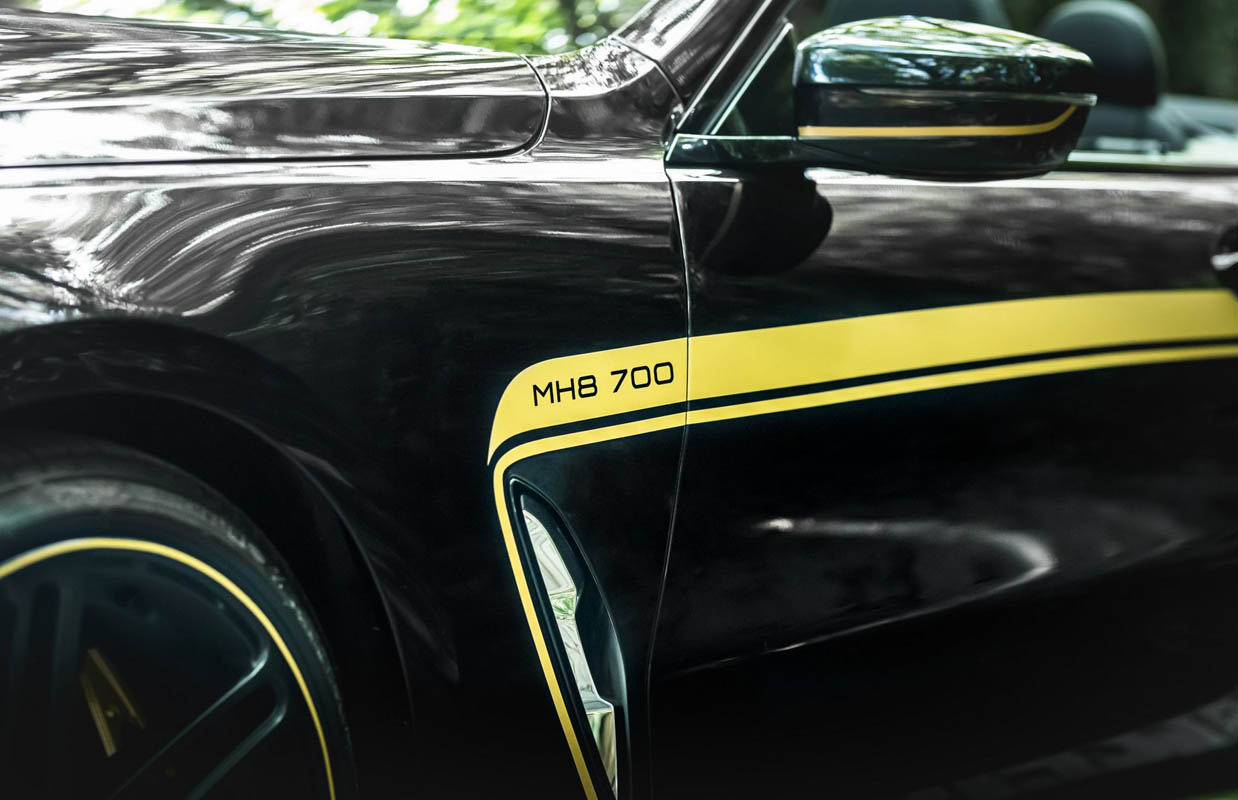 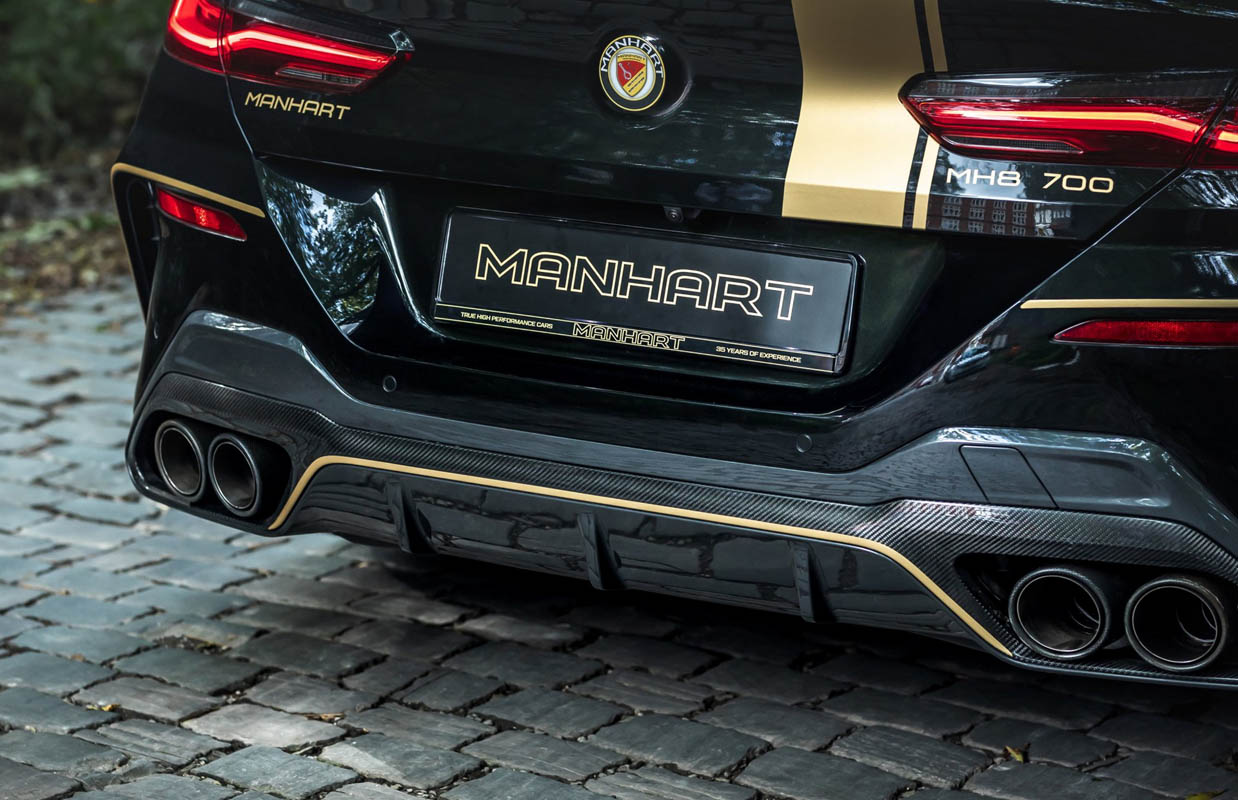 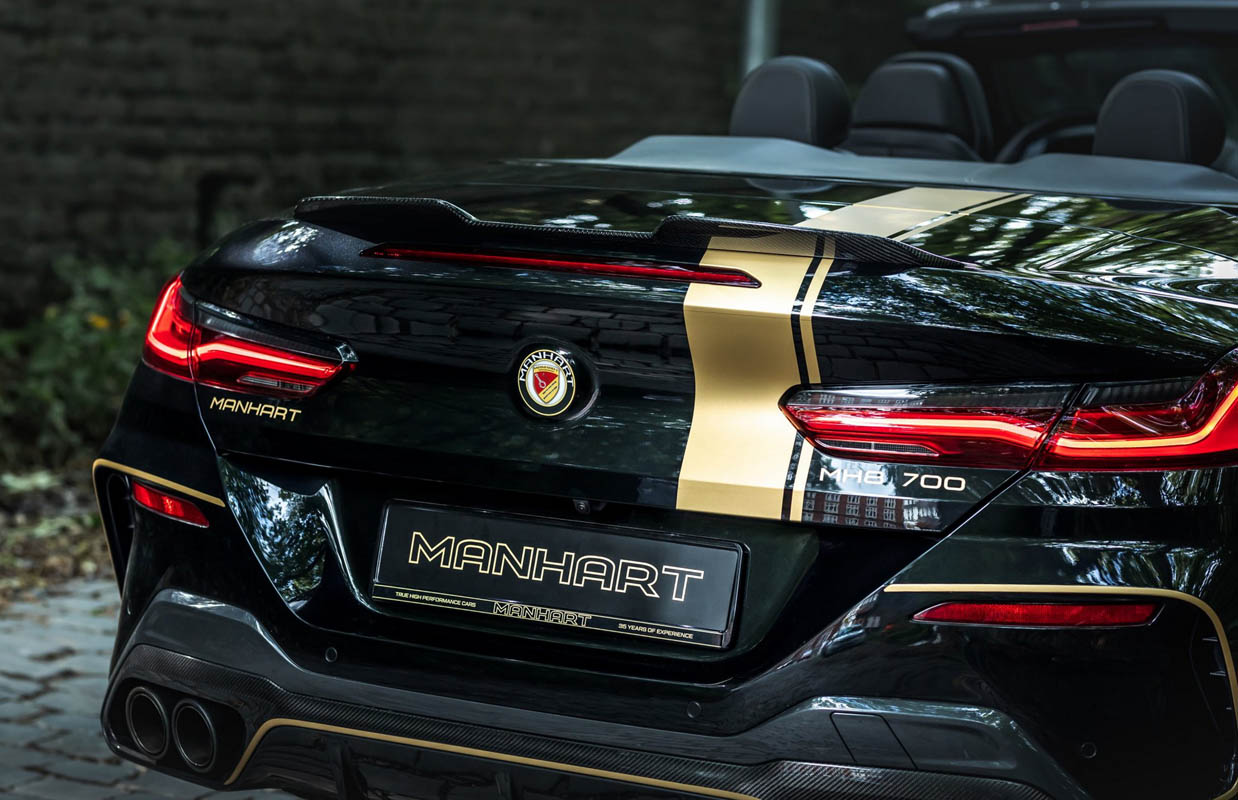 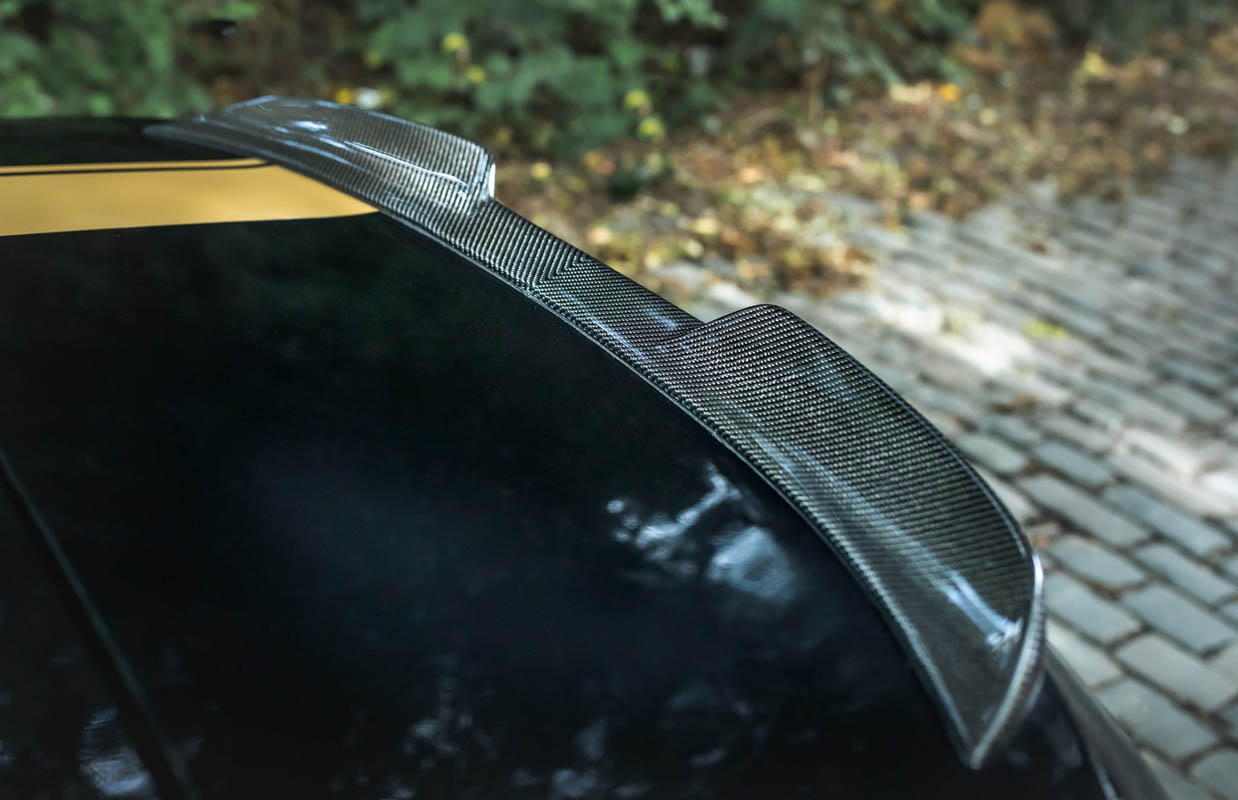 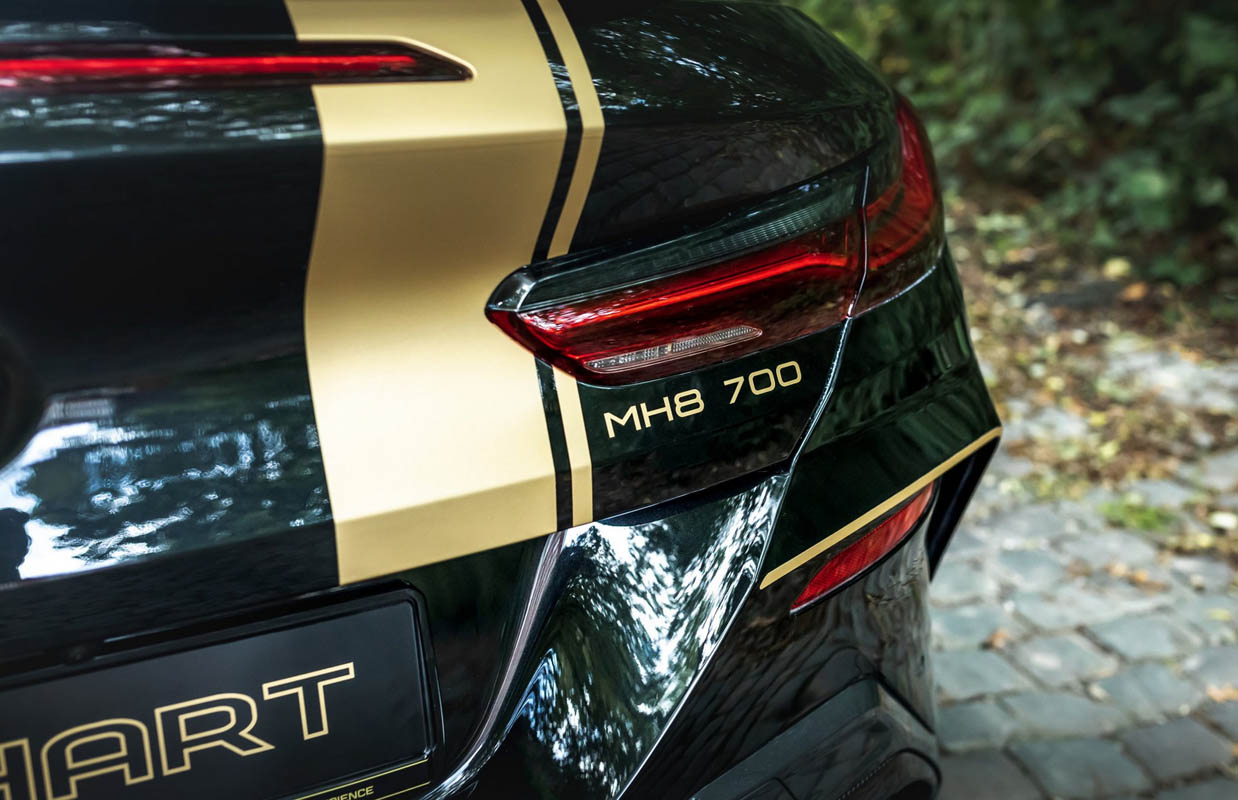 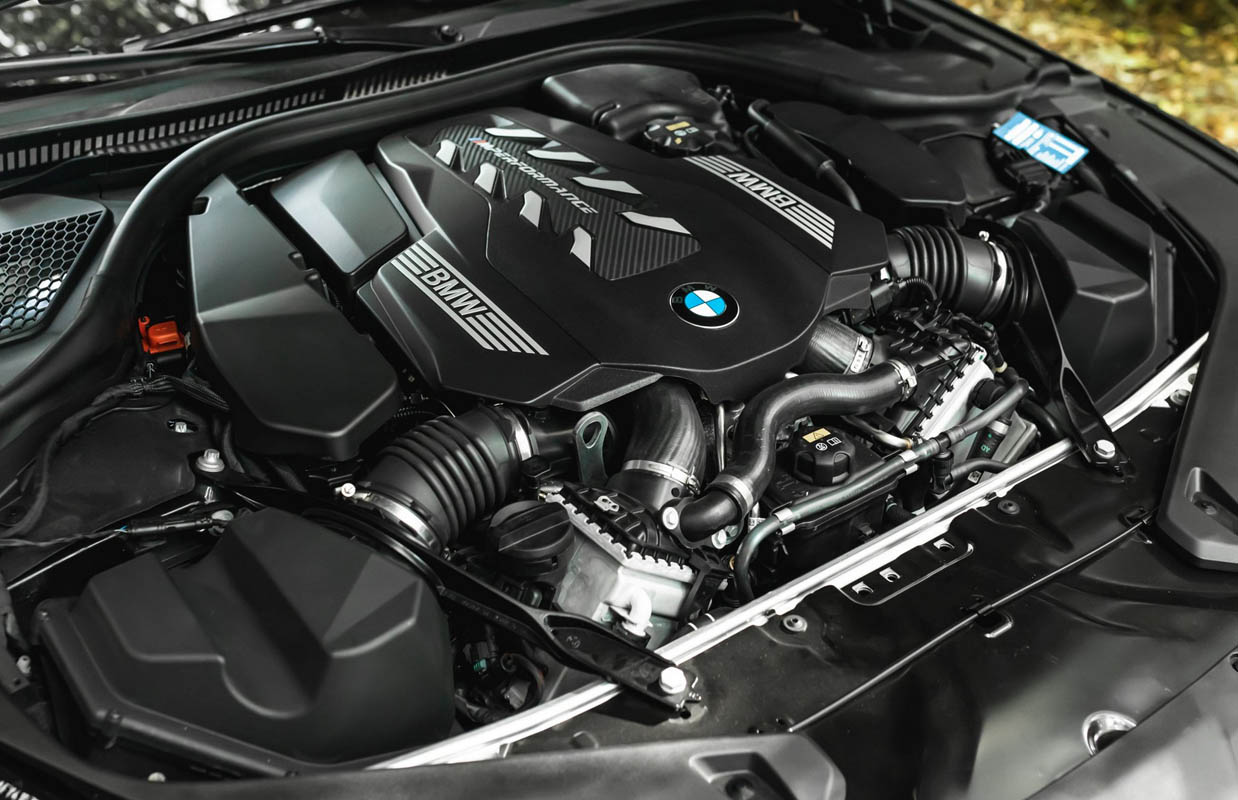 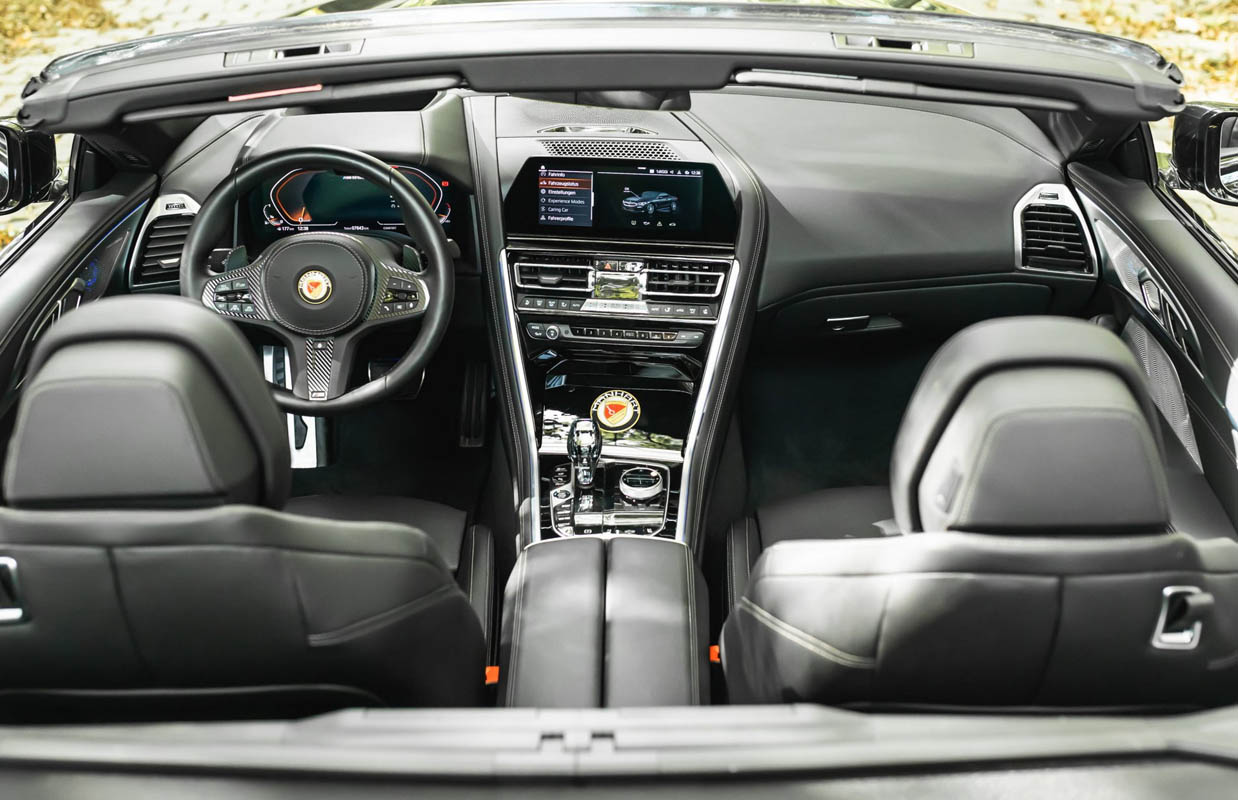 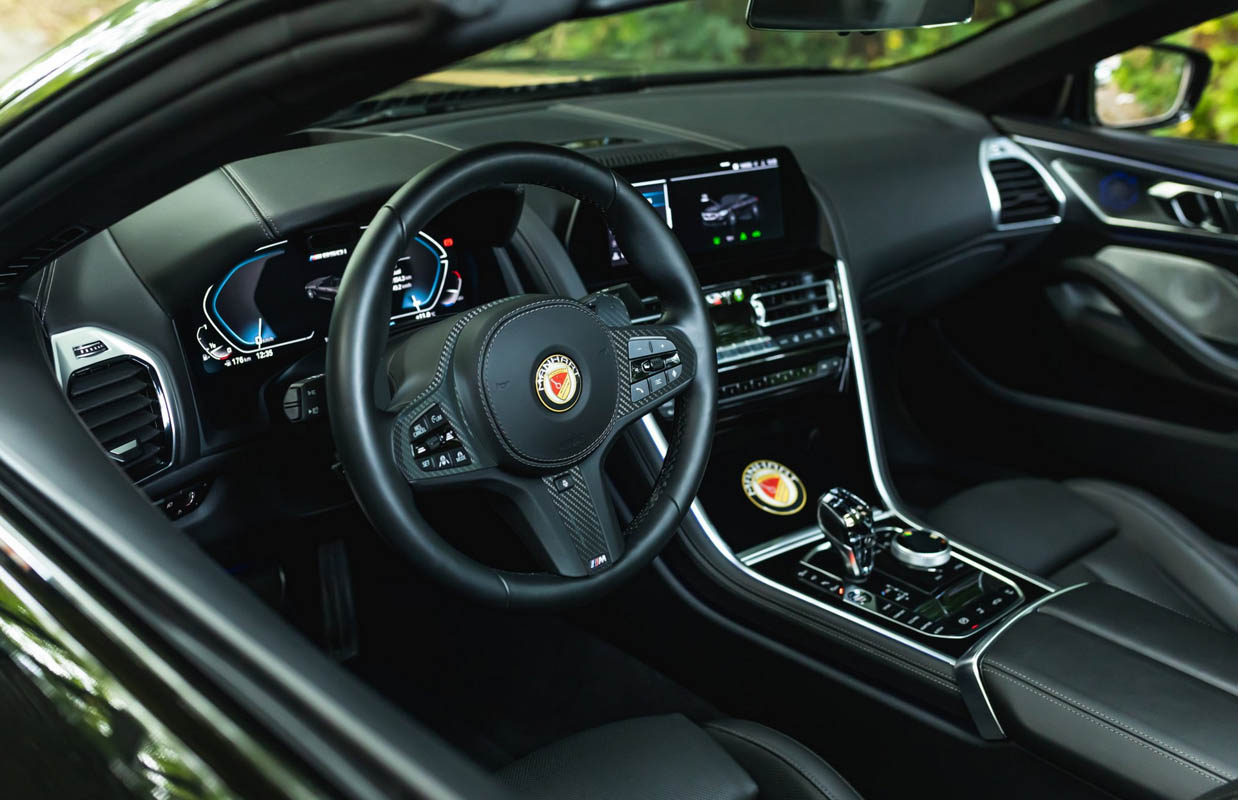 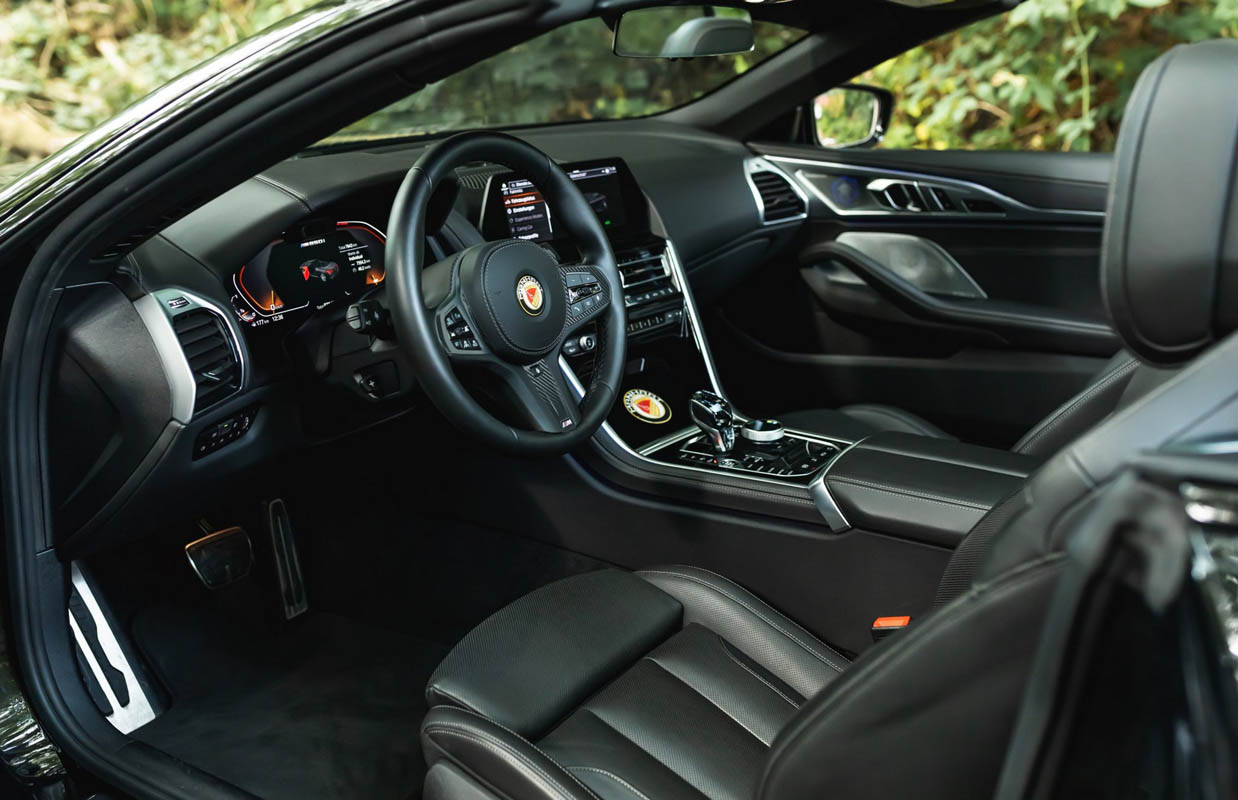 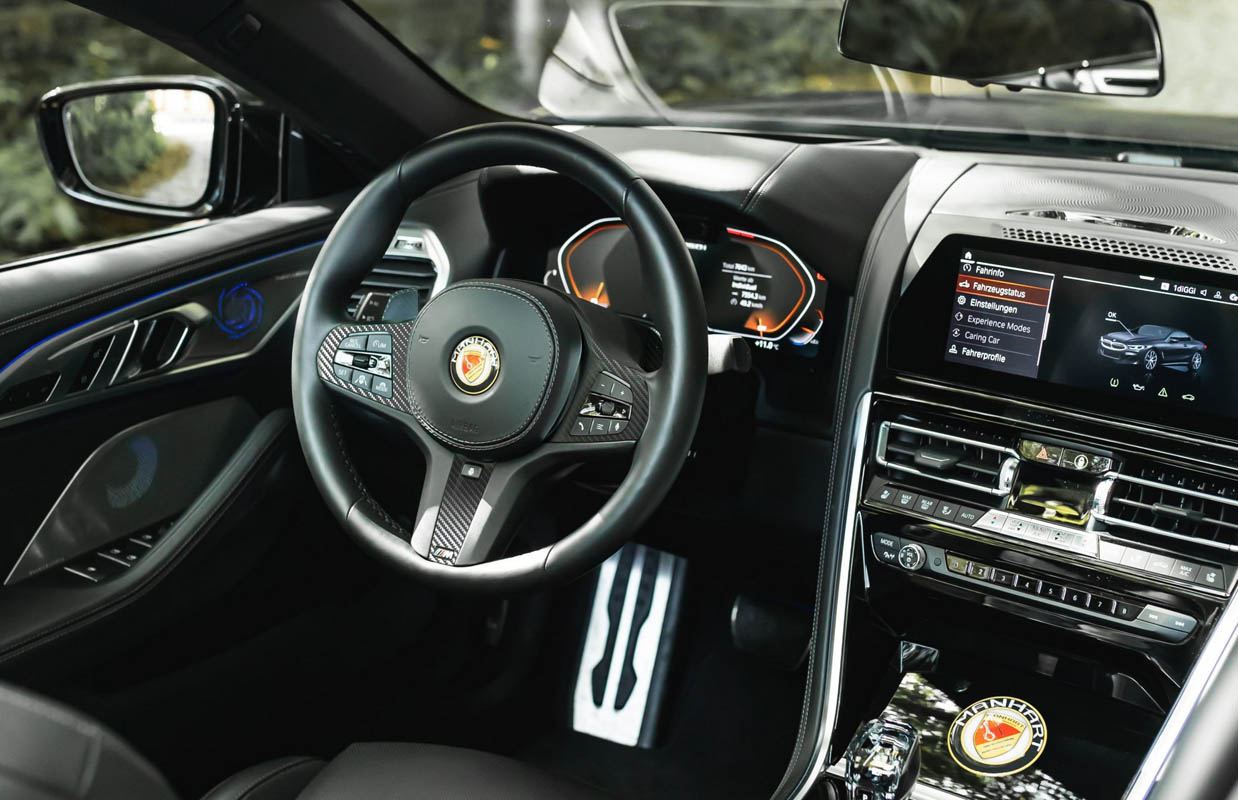 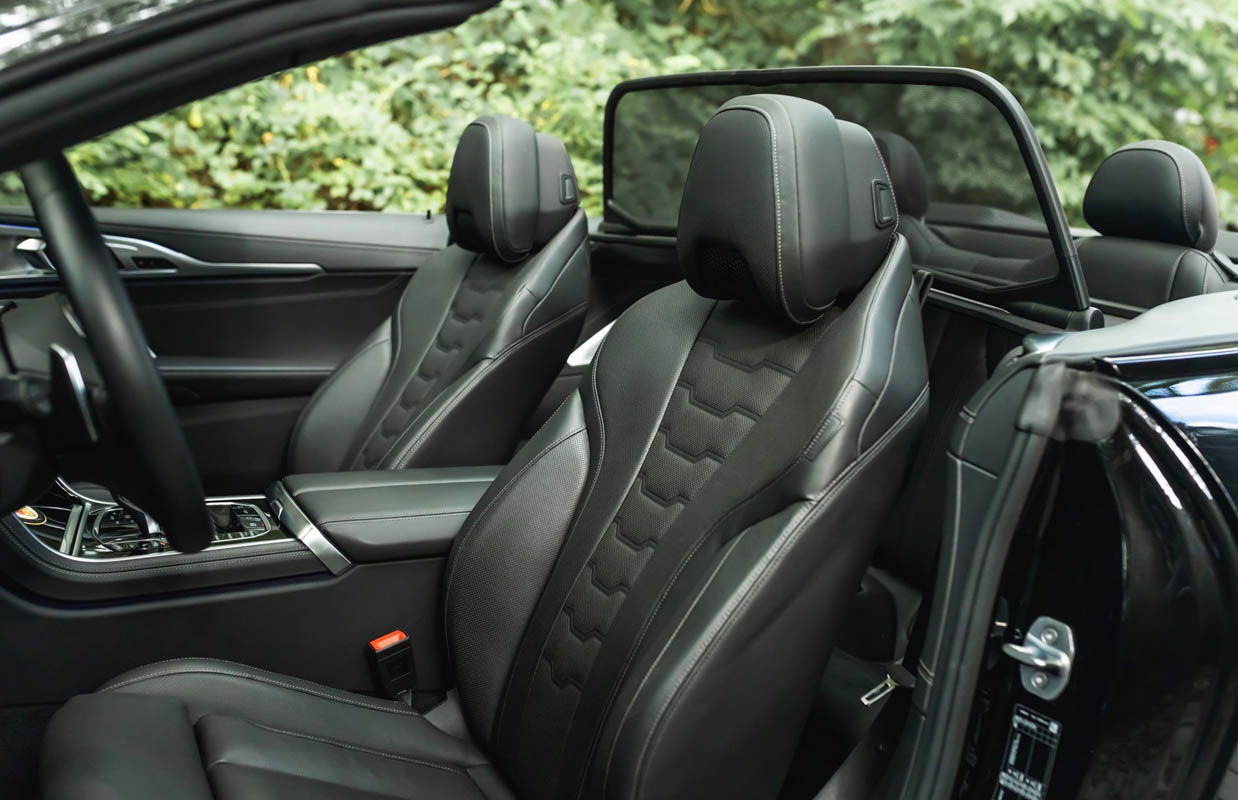 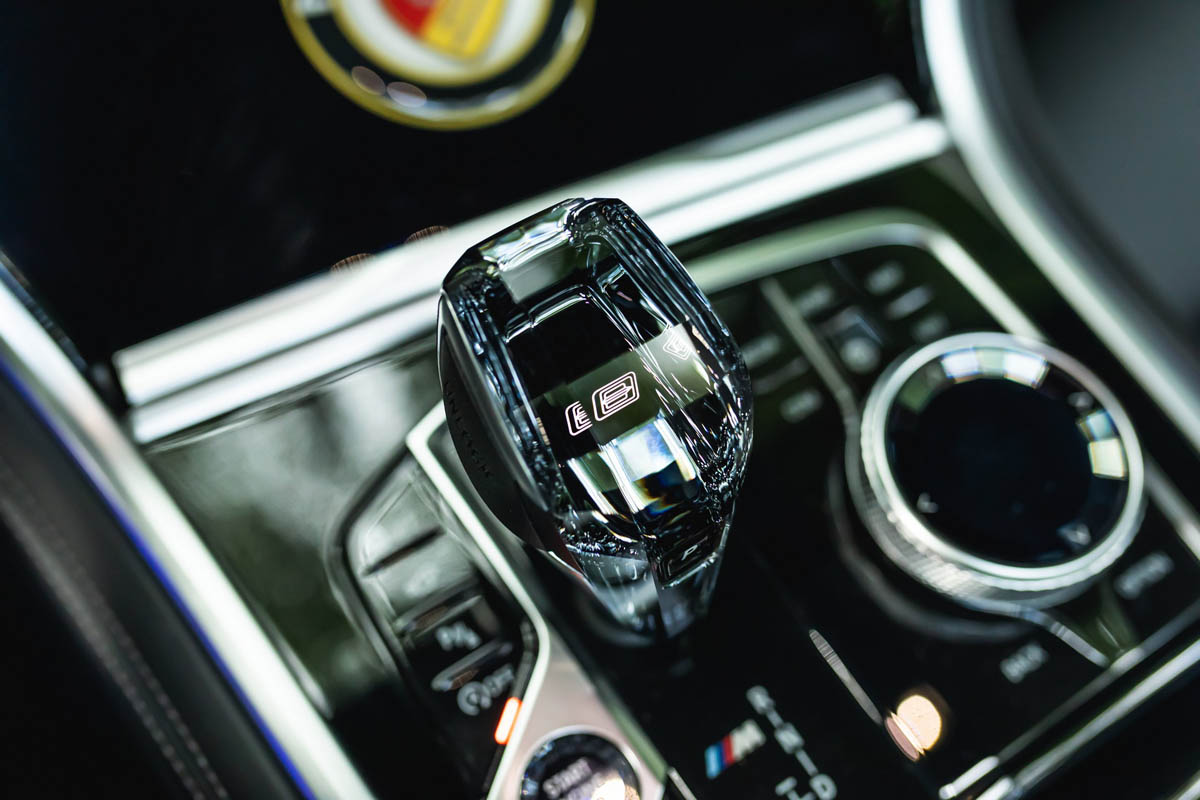 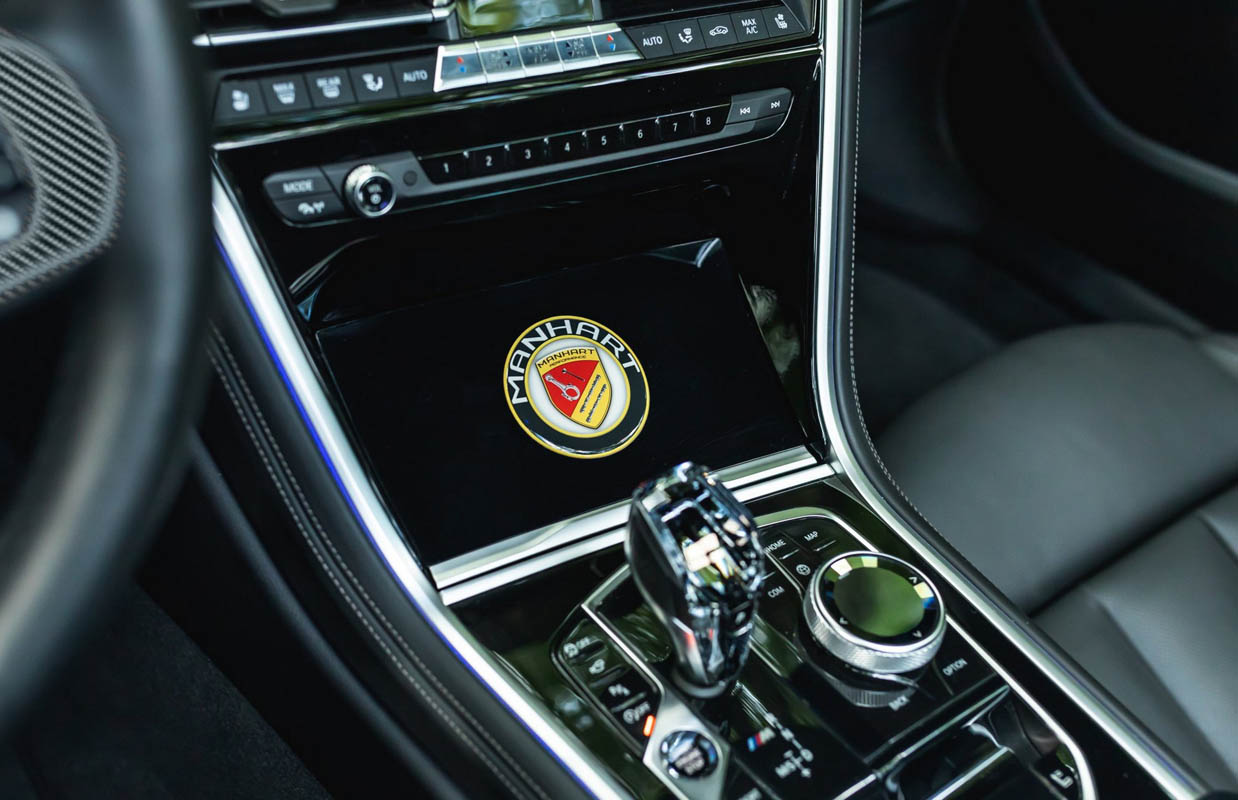 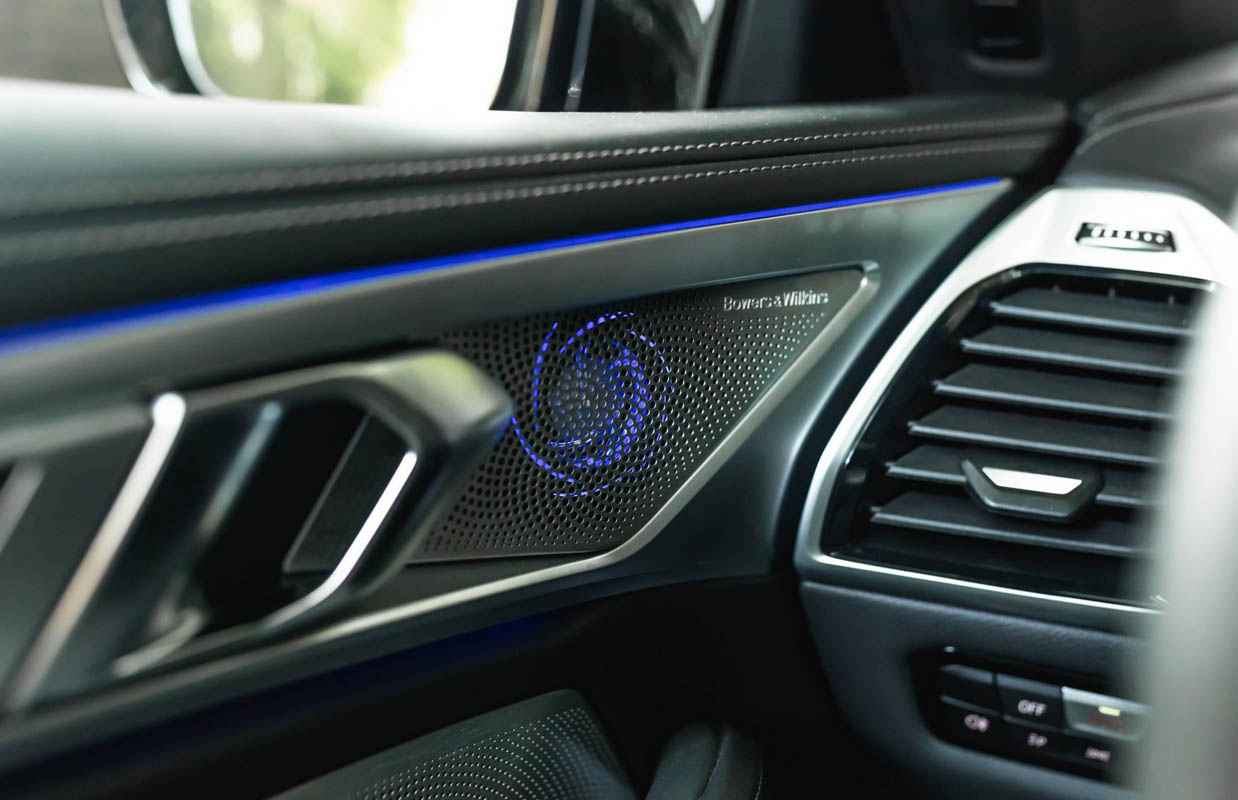