Long History Of Success For Skoda At The Monte Carlo Rally 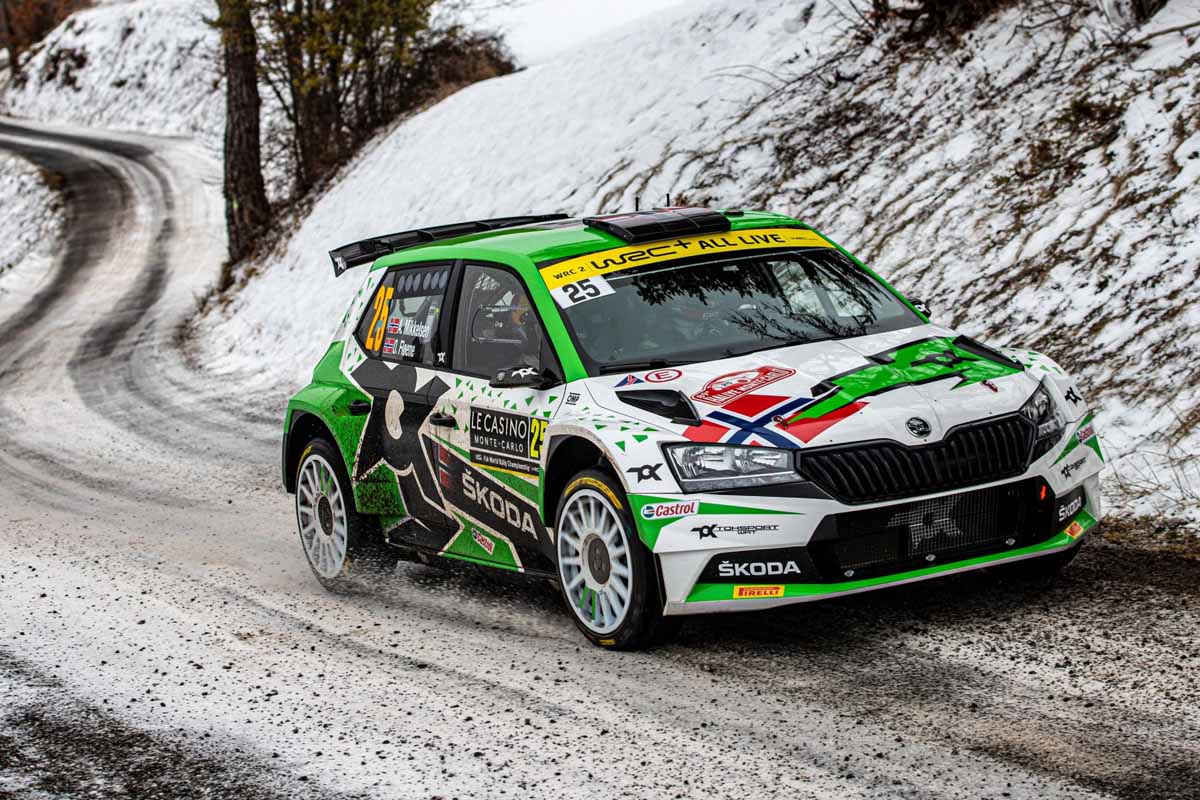 ŠKODA vehicles’ successes in the Monte Carlo Rally – the oldest and most famous race in the FIA World Rally Championship (WRC) – are an integral part of the brand’s DNA today. A Laurin & Klement vehicle from Mladá Boleslav started in the second run of the ‘Monte’ 110 years ago. In 1936, the ŠKODA RAPID coupé finished second in its class in Monaco. The greatest triumphs in the up to 1,300 cm3 class include the OCTAVIA TS’ hat-trick (1961 – 1963) and the FAVORIT 136 L’s four consecutive wins between 1991 and 1994. In the WRC2 category, ŠKODA FABIAs have secured numerous victories in recent years, most recently the FABIA Rally2 evo in 2021.

The importance of the legendary Monte Carlo Rally and the challenges of this motorsport event are reflected in the date it is traditionally held in the WRC calendar; in January, the prestigious ‘Monte’ would attract wealthy car fans to the Principality of Monaco, even outside the summer season. Participants could opt for one of the many starting points across Europe, and the number of points awarded depended on how demanding their chosen route was. Additional points were then awarded in Monte Carlo, where the teams initially competed in various disciplines that were later abolished. These included being judged on elegance and comfort and the technical condition of the vehicles after the Riviera stretch. In addition, the drivers would have to demonstrate their skills in a manoeuvre test.

In 1912, at only the second run of the Monte Carlo Rally, a vehicle from Mladá Boleslav was also among the field of competitors. At temperatures as low as -18 degrees, Alexander ‘Count Sascha’ Kolowrat-Krakowsky set off from Vienna on the 1,319-kilometre route to the Principality on 21 January 1912. The Laurin & Klement had an open body and so instead of a racing overall, Count Kolowrat-Krakowsky wore thick fur.

The ŠKODA POPULAR Sport roadster (1936) and the ŠKODA RAPID coupé (1937)
Cars from Mladá Boleslav have borne the ŠKODA emblem since 1925, and they soon drove to their first successes at the Monte Carlo Rally; in January 1936, the duo Zdeněk Pohl/Ing. Jaroslav Hausman took an excellent second place in the up to 1,500 cm3 class with the ŠKODA POPULAR Sport roadster. This result inspired the company to expand its model range to include the ŠKODA POPULAR MONTE CARLO, which the manufacturer offered as a roadster and a coupé. Just seventy of these beautiful vehicles were built between 1936 and 1939.

One year later, now 85 years ago, Pohl and Hausman decided that they would not start the 1937 rally in Athens, which was ‘only’ 3,852 kilometres away from Monaco, as they had done the previous year. Instead, they would depart from Palermo in Sicily, 4,134 kilometres away, earning them 500 points. Only four of the original 30 vehicles survived the rigours of this demanding route. With their ŠKODA RAPID coupé, powered by a reliable SV four-cylinder engine with a displacement of 1.4 litres, they successfully passed the checkpoints. However, the duo from Mladá Boleslav ended up in fourth place overall instead of second because of two penalty points. These were deducted by the commissioners after their English rivals protested about the rear-view mirror being too small. The mirror’s outer dimensions were in line with the regulations, but the reflective surface without the frame was much smaller. Pohl and Hausman could have swapped the mirror for a larger one before the official inspection, but this would have gone against their spirit of fair play. Upon returning to Prague, the management of the car manufacturer at the time also publicly acknowledged this sportsmanship.

ŠKODA – King of the ‘Thirteen Hundreds’: OCTAVIA & 130 RS & FAVORIT
Political and economic developments after the Second World War meant that the car manufacturer was cut off from many of its traditional markets and prestigious sporting events due to the ‘Iron Curtain’. As a result, only private teams could compete in the Monte Carlo Rally from 1949 onwards, and the works team did not return to Monte Carlo until January 1956. And so, the foreign owners of ŠKODA vehicles seized the opportunity; the best results in the wintry conditions were achieved by teams from Scandinavia – their successes included a hat-trick in the up to 1,300 cm3 class with the ŠKODA OCTAVIA TOURING SPORT. At the 1961 MCR, the Finns Esko Keinänen/Rainer Eklund won and at the same time took a magnificent sixth place overall. They dominated the ‘Thirteen Hundred’ class in 1962, as well. In January 1963, the Norwegians Edward Gjolberg and Carl Karlan followed up on these successes with the OCTAVIA TS 1200.

In subsequent years, the Monte Carlo Rally became increasingly geared towards professionals with fewer and fewer private drivers taking part. In 1973, the traditional January event then became the opening race of the newly announced World Rally Championship. ŠKODA vehicles with a traditional drive concept and central tube frame were followed by models with rear-mounted engines and self-supporting bodywork. The successes of two ŠKODA 130 RS coupés stand out, in particular. In 1977, when only 43 of 198 vehicles reached the finish line at the ‘Monte’, ŠKODA dominated the up to 1,300 cm3 category; the winning duo Václav Blahna/Lubislav Hlávka were followed by their works team colleagues Milan Zapadlo and Jiří Motal in second place. In the overall standings, they finished 12th and 15th respectively.

The front-engine era: from the FAVORIT to the FABIA R5 Rally2 evo
60 years ago, the sporty derivatives of the ŠKODA OCTAVIA family model dominated the ‘Thirteen Hundreds’ at the Monte Carlo Rally, and 30 years ago, the ŠKODA FAVORIT 136 L hatchback model continued the rally successes. The four-cylinder aluminium engine above the driven front axle had a displacement of 1,289 cm3 and took the duo Pavel Sibera/Petr Gross to numerous victories in Class A (under 1,300 cm3). From 1991 to 1994, they clinched four victories in a row. The FAVORIT was an outstanding vehicle in its time, evidenced by its fourth place in the 1993 ‘Monte’ against much more powerful vehicles in the class up to 2,000 cm3 with one driven axle.

ŠKODA then introduced the FELICIA Kit Car. At the 1999 Monte Carlo Rally, a new era began with the OCTAVIA WRC entering the top category for vehicles with four-wheel drive. The works driver team Armin Schwarz/Manfred Hiemer took an excellent 4th place in the overall standings with it in 2001.

The shorter and significantly lighter FABIA WRC was homologated in 2003. The turbocharged four-cylinder engine delivered an output of 221 kW (300 hp) and a torque of 600 Nm from a two-litre displacement. A hydraulically operated handbrake assisted in cornering; it braked the rear wheels, while simultaneously disengaging the intermediate axle differential of the all-wheel drive. The ŠKODA FABIA SUPER 2000 represented a further step in its evolution in 2009 when it finished fourth in this run of the Monte Carlo Rally, which was on the Intercontinental Rally Challenge (IRC) calendar at the time. In 2010 and 2011, the SUPER 2000 finished in second place before taking victory in 2013. In January 2011, the special FABIA MONTE CARLO model was presented in Monaco – a tribute to the Monte Carlo Rally’s centennial and, at the same time, the 110th anniversary of the Mladá Boleslav-based carmaker’s involvement in motorsport.

After a series of successes in the WRC2 category, largely achieved by private teams, the new FABIA R5 opened another hugely successful chapter for the ŠKODA FABIA; the factory team took first and second place in the 2017 MCR. The following year, Jan Kopecký/Pavel Dresler won the RC2 class in addition to the WRC2 category. At the Monte Carlo Rally 2022, the Toksport WRT team, supported by ŠKODA Motorsport, has its sights set on victory; Norwegian Andereas Mikkelsen aims to defend his victory last year in the FABIA Rally2 evo alongside Torstein Eriksen (NOR). 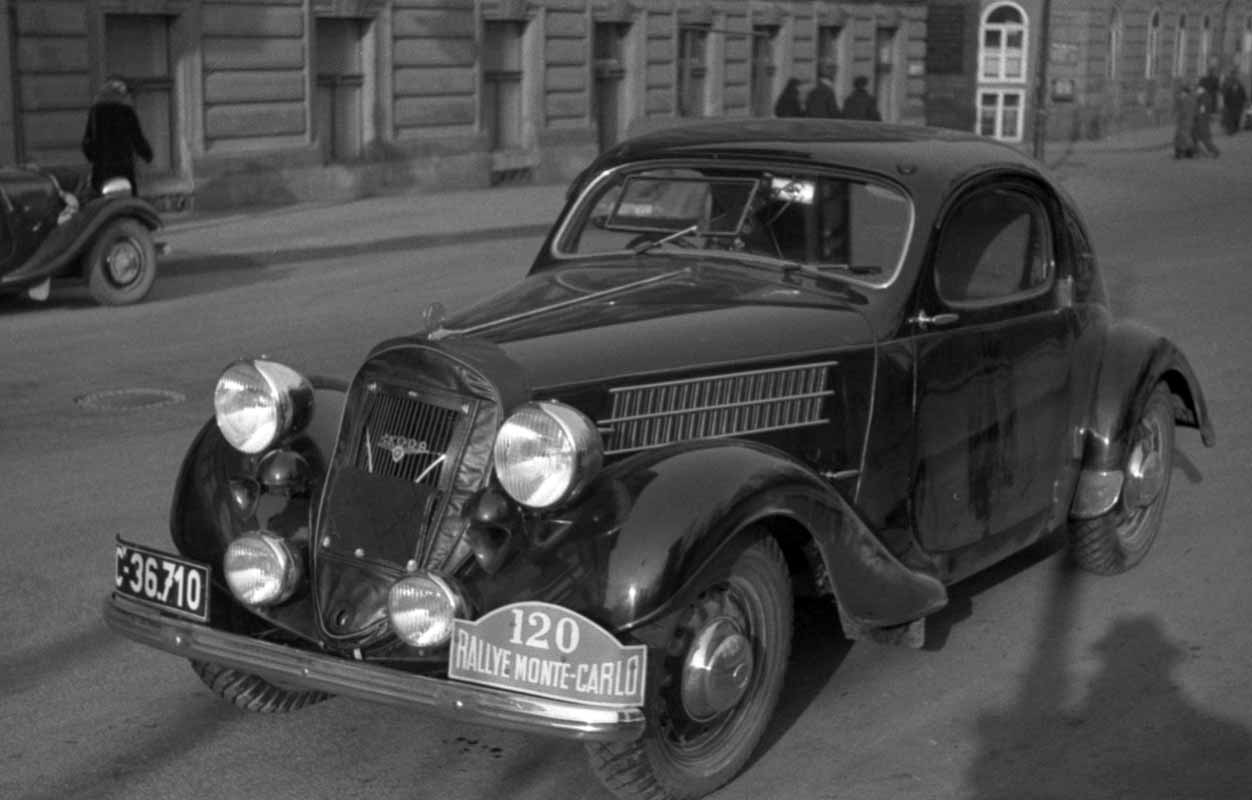 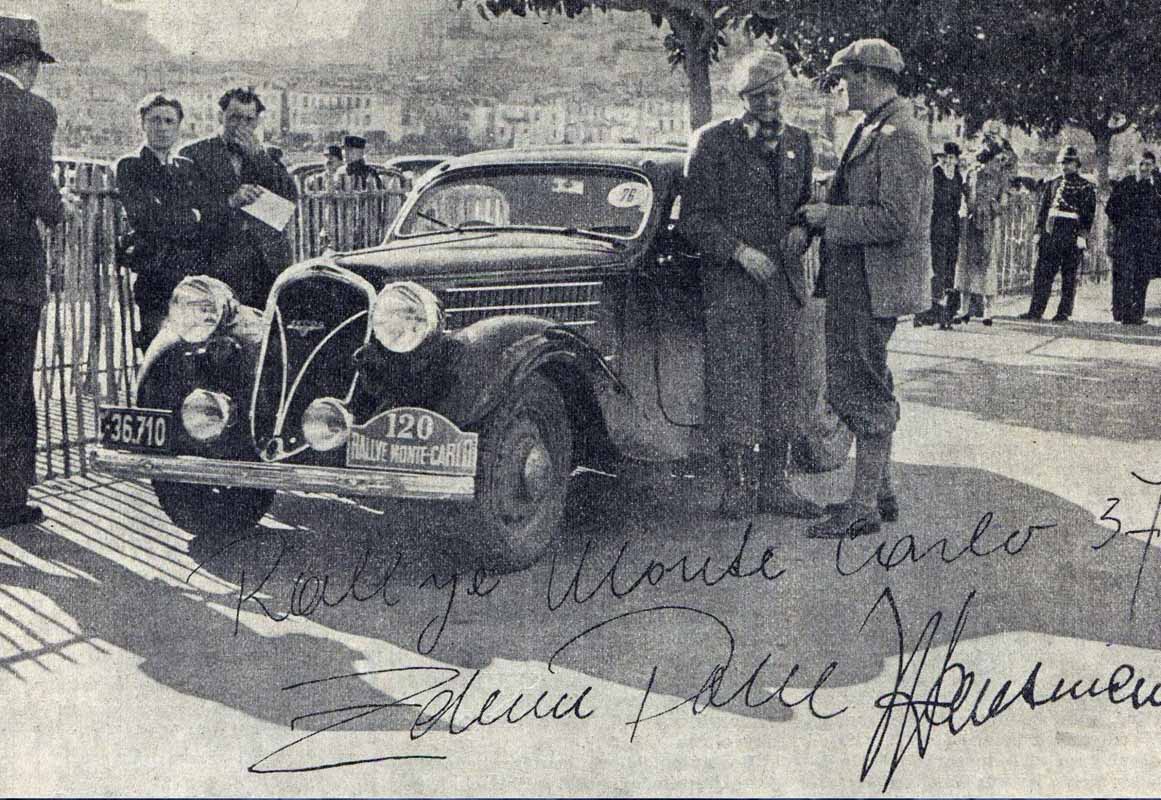 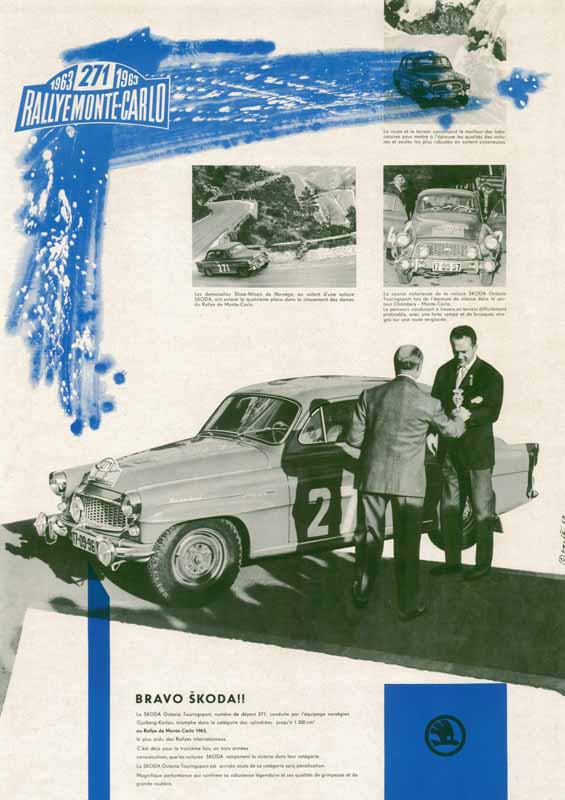 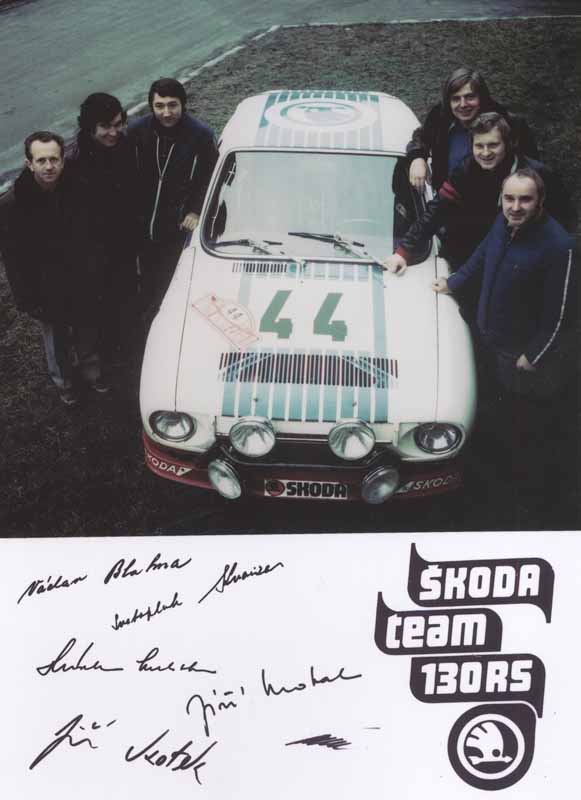 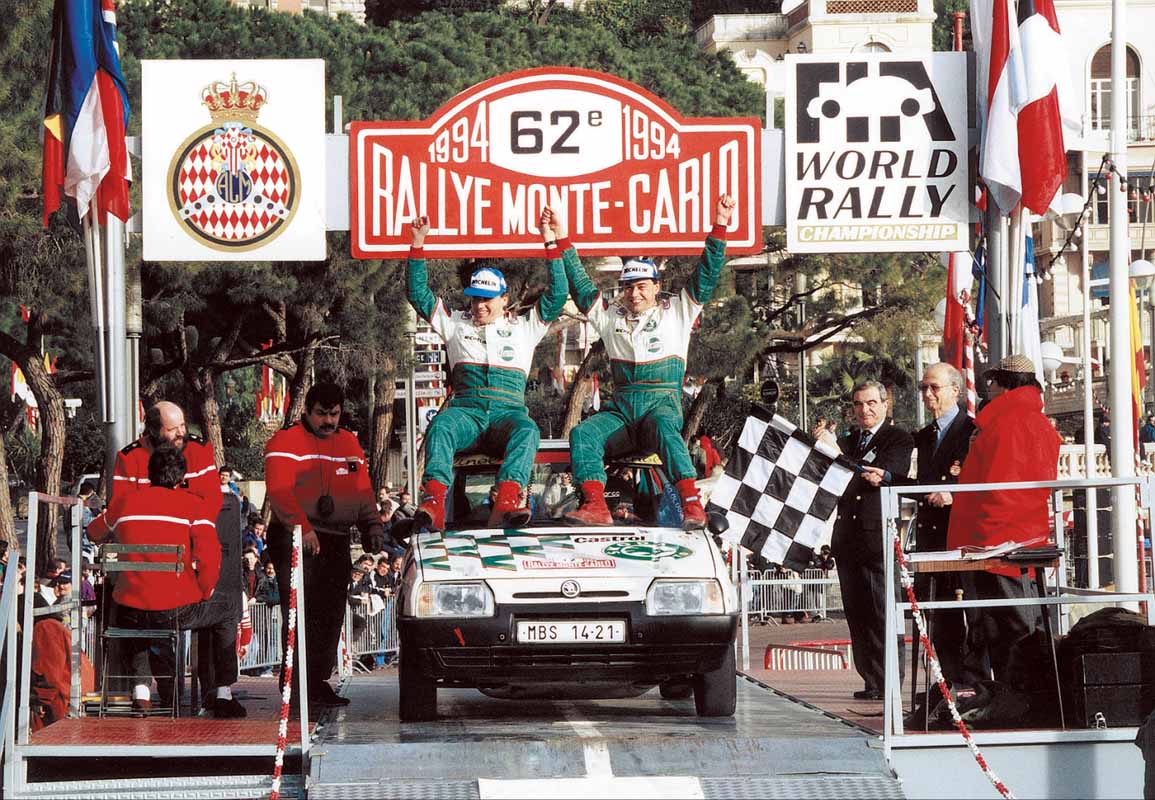 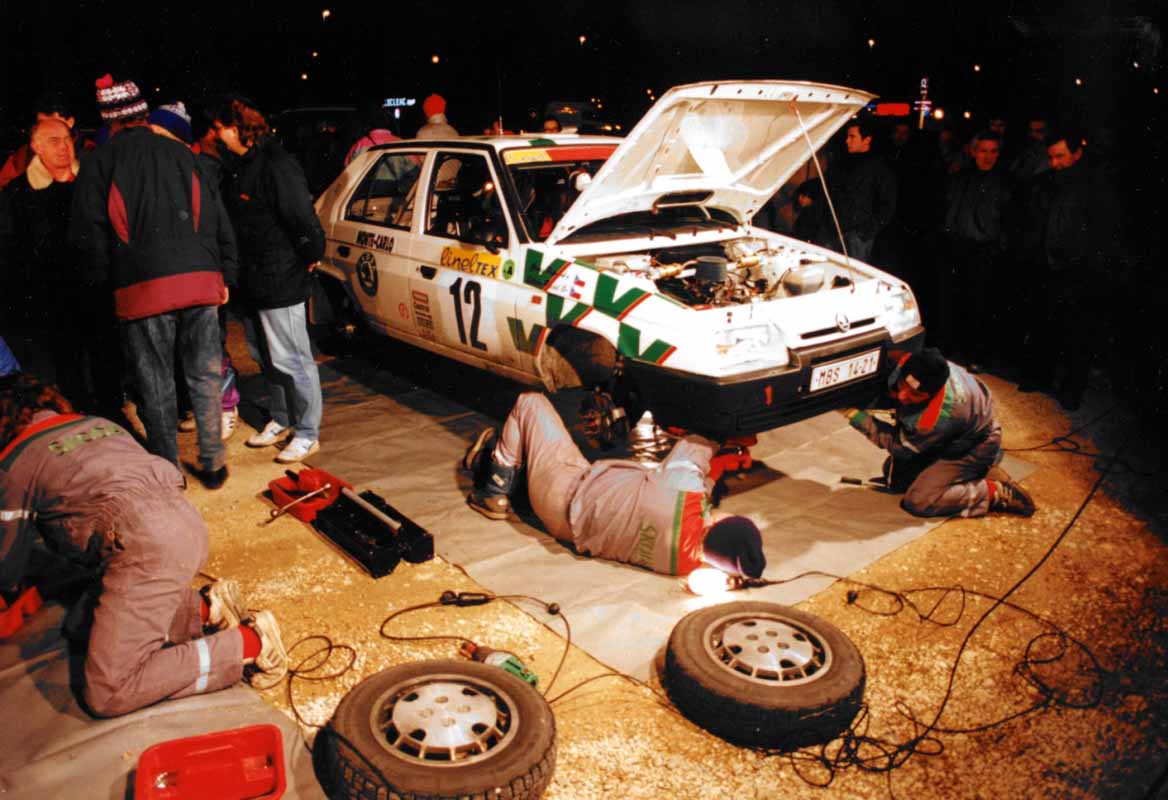