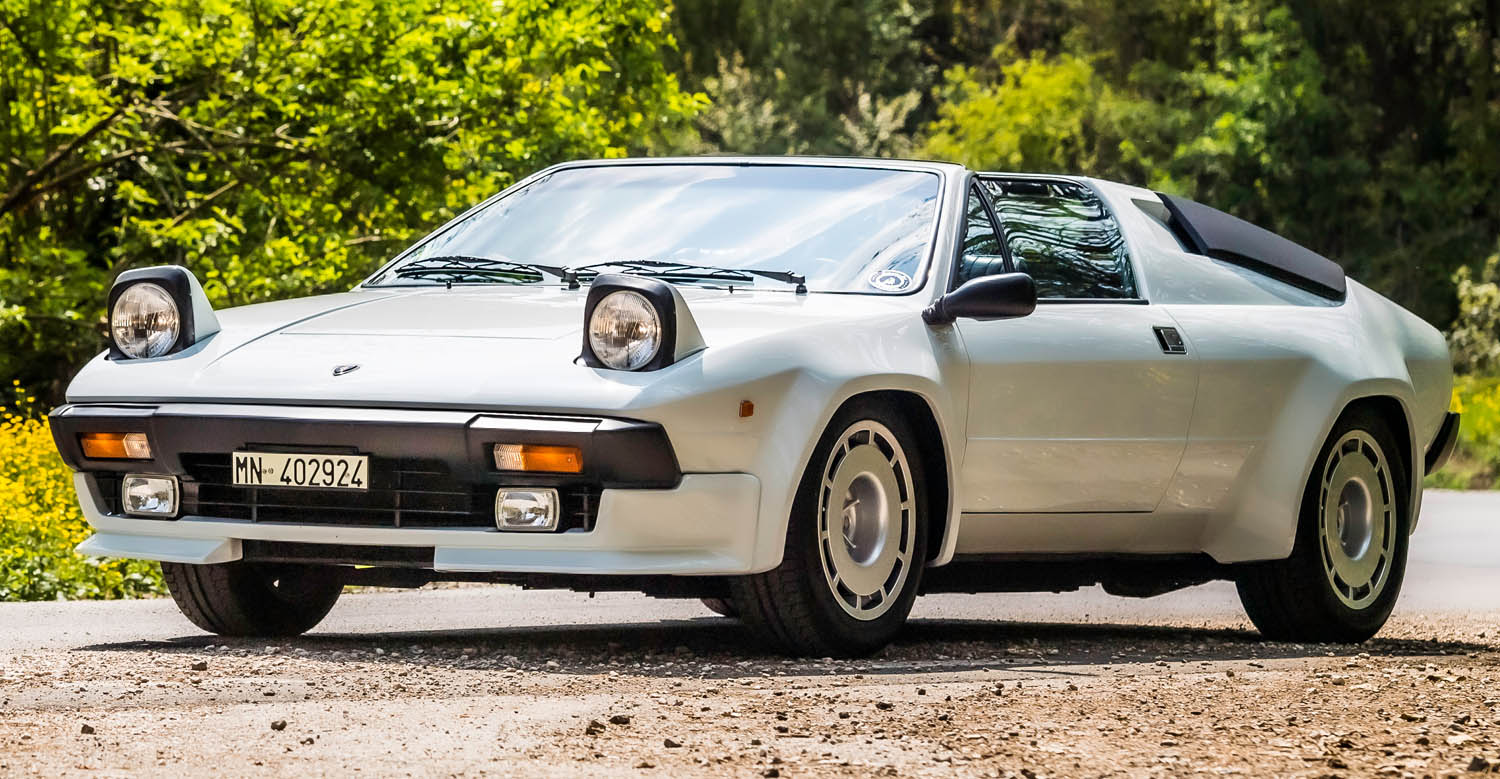 This year, Lamborghini celebrates the 40th anniversary of the Jalpa, presented for the first time at the Geneva Motor Show in March 1981.

In keeping with Lamborghini tradition, the Jalpa takes its name from a breed of fighting bulls, the Jalpa Kandachia, and is the Sant’Agata Bolognese carmaker’s last evolution of the grand touring sedan concept with 8-cylinder engine mounted in a rear-mid position. The Jalpa is the final development of the Urraco and Silhouette project, retaining the general architecture, but equipped with a larger engine, increased to 3.5 liters. The line, with the Targa opening roof, was designed by Frenchman Marc Deschamps of Carrozzeria Bertone, where he was style director from 1980, and directly influenced and partially designed by Giulio Alfieri, who was General Manager and Technical Director of Lamborghini at the time.

The most significant technical innovation on the Jalpa is the final evolution of the 90° V8 engine, made completely of aluminum, with four chain-controlled overhead camshafts, originally installed on the Urraco and Silhouette. Thanks to the increased bore, the 3.5-liter displacement (3485 cc), powered by 4 Weber 42 DCNF twin carburetors, and a compression ratio of 9.2:1, this engine delivers a maximum power of 255 HP at 7000 rpm and a maximum torque of 32 kgm at 3500 rpm, enabling the Jalpa to reach a maximum speed of 248 km/h (155 mph).

The Jalpa prototype, the car presented in Geneva, has a special story. It is based on a Silhouette which, once produced, was never sold. It went back to the factory and was used as the basis for the new model. The Jalpa presented in Geneva in 1981 is easily recognizable by its special metallic bronze color and has some unique aesthetic features that were not used on the production car. The Jalpa, which entered into production in 1982, has a semi-supporting steel body, and black bumpers and engine air intakes, as well as horizontal rear lamps and 16” alloy wheels, taken directly from the Athon prototype, with Pirelli P7 low-profile tires. The interior of the Jalpa is luxuriously finished, with the extensive use of leather and carpeting. The opening roof, designed to facilitate removal and reassembly, can be stored in a special space behind the rear seats.In the numerous road tests that appeared in specialist magazines at the time, experts enthusiastically described its straightforward, engaging, and uncompromising road handling.

At the 1984 Geneva Motor Show, the “second series” Jalpa was presented, featuring some aesthetic modifications, such as the bumpers and air intakes in the same color as the bodywork, rounded rear lamps, and revamped interior. The commercial life of the Jalpa ended in 1988 after the production of 420 cars. It was the last Lamborghini sedan produced with a V8 engine and historically it is the last sports car of this class to feature this particular engine displacement and positioning. Conceptually, the Jalpa is the direct predecessor of the 2003 Gallardo, which was to become one of the most sold Lamborghini cars in history. 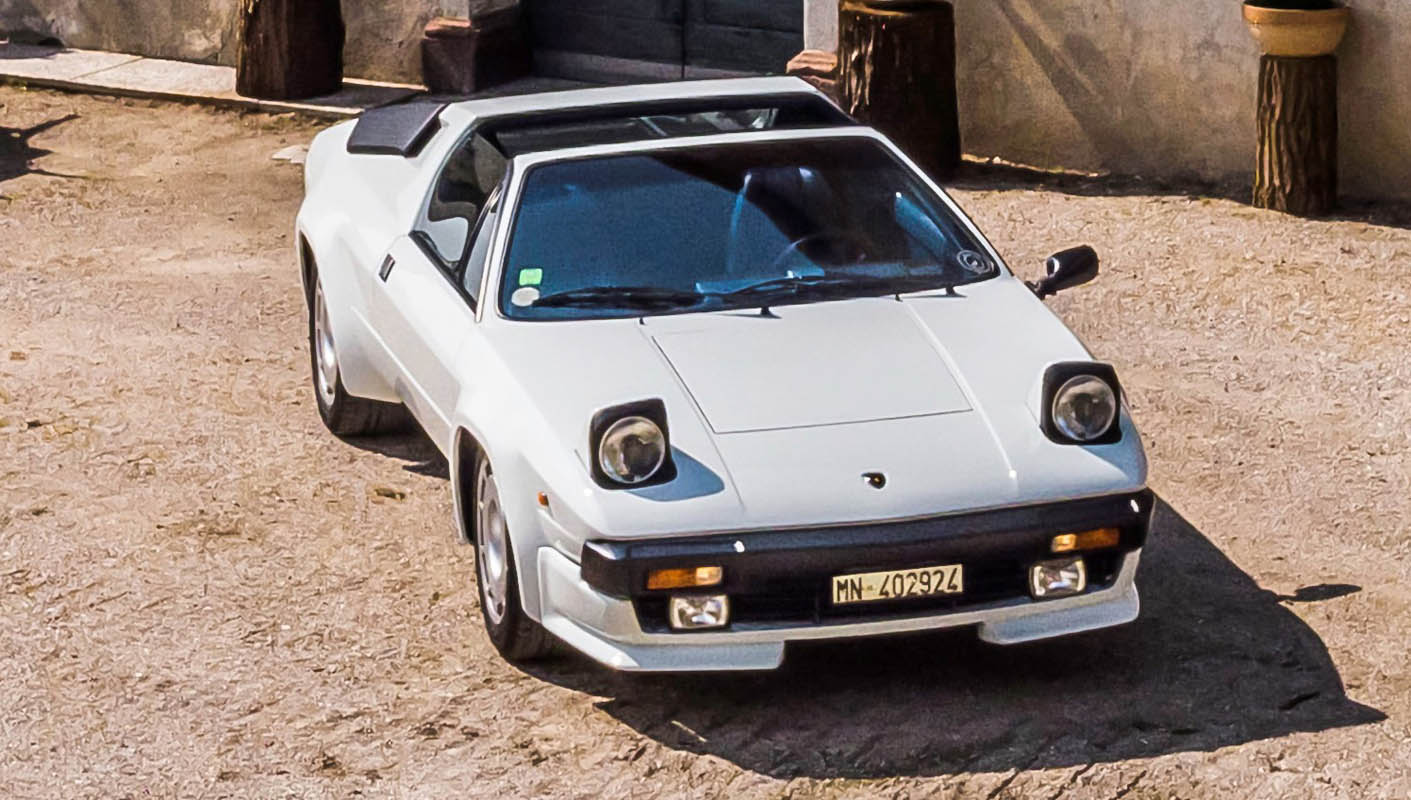 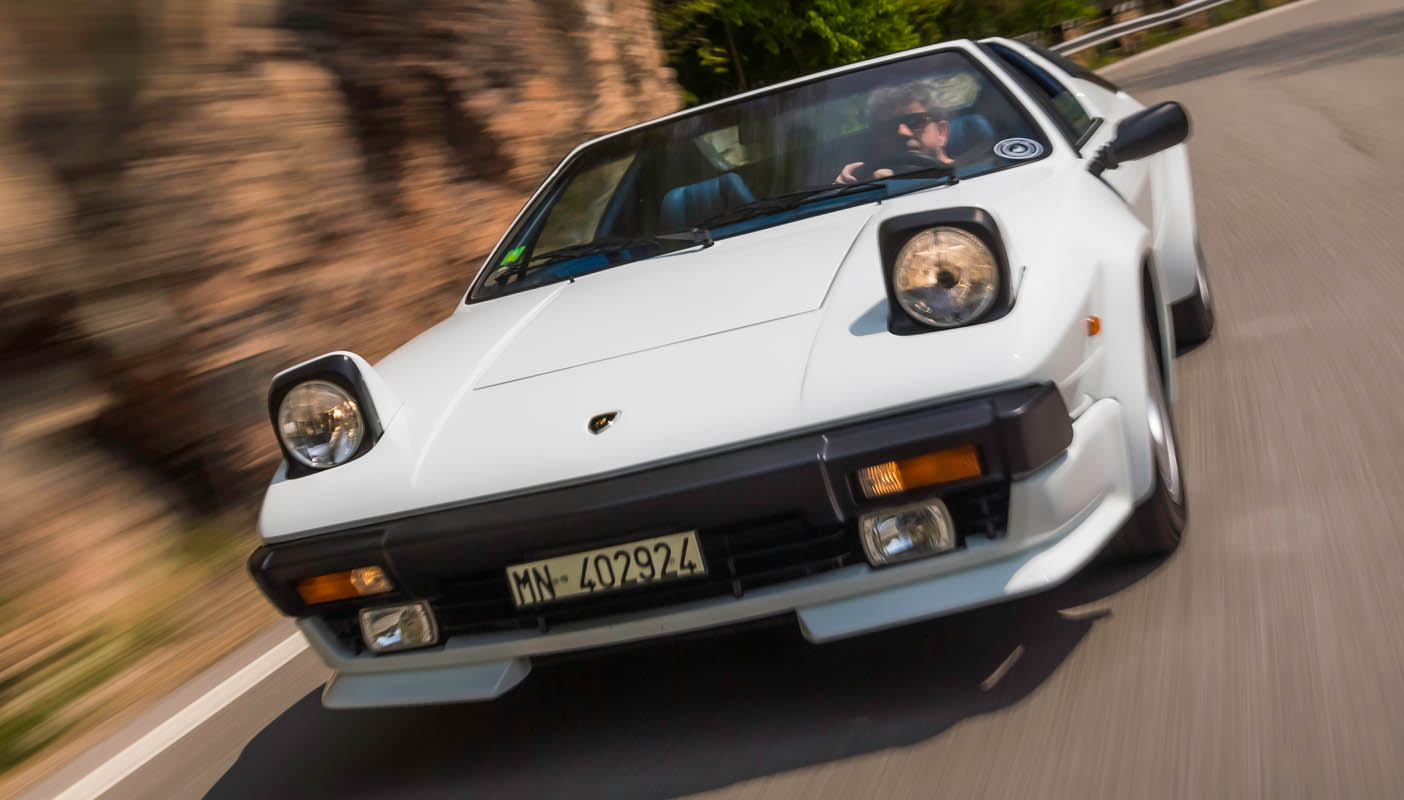 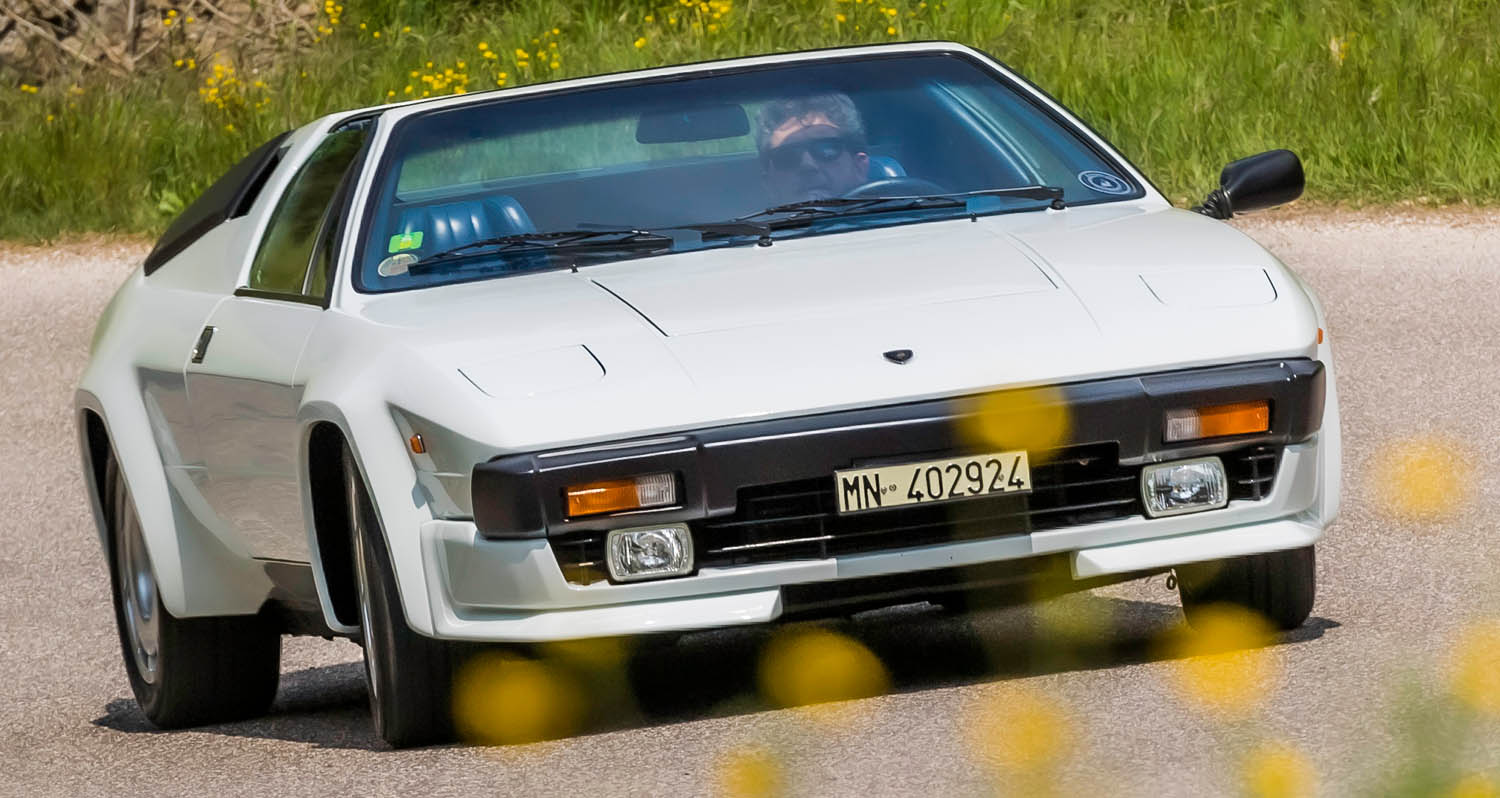 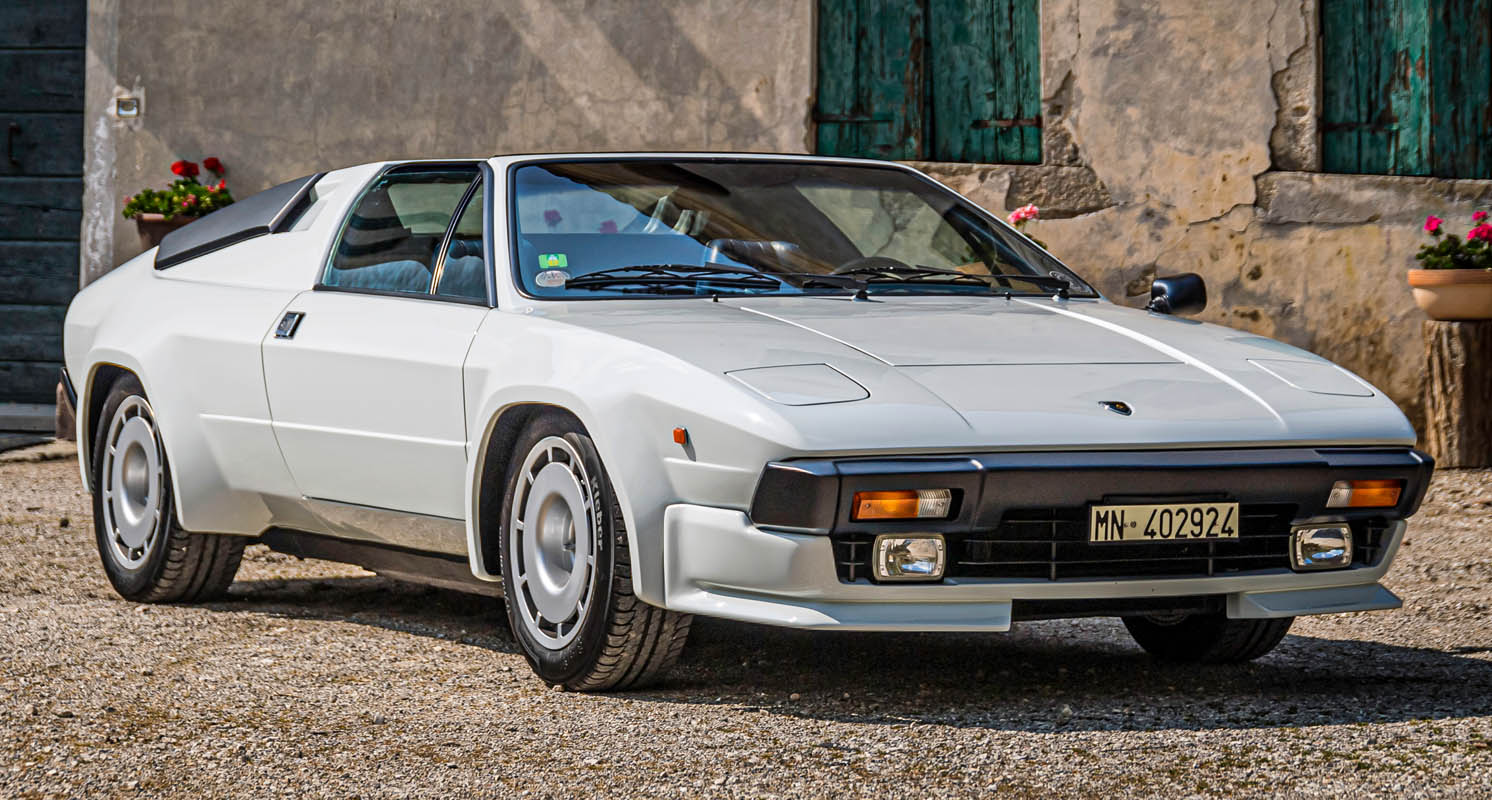 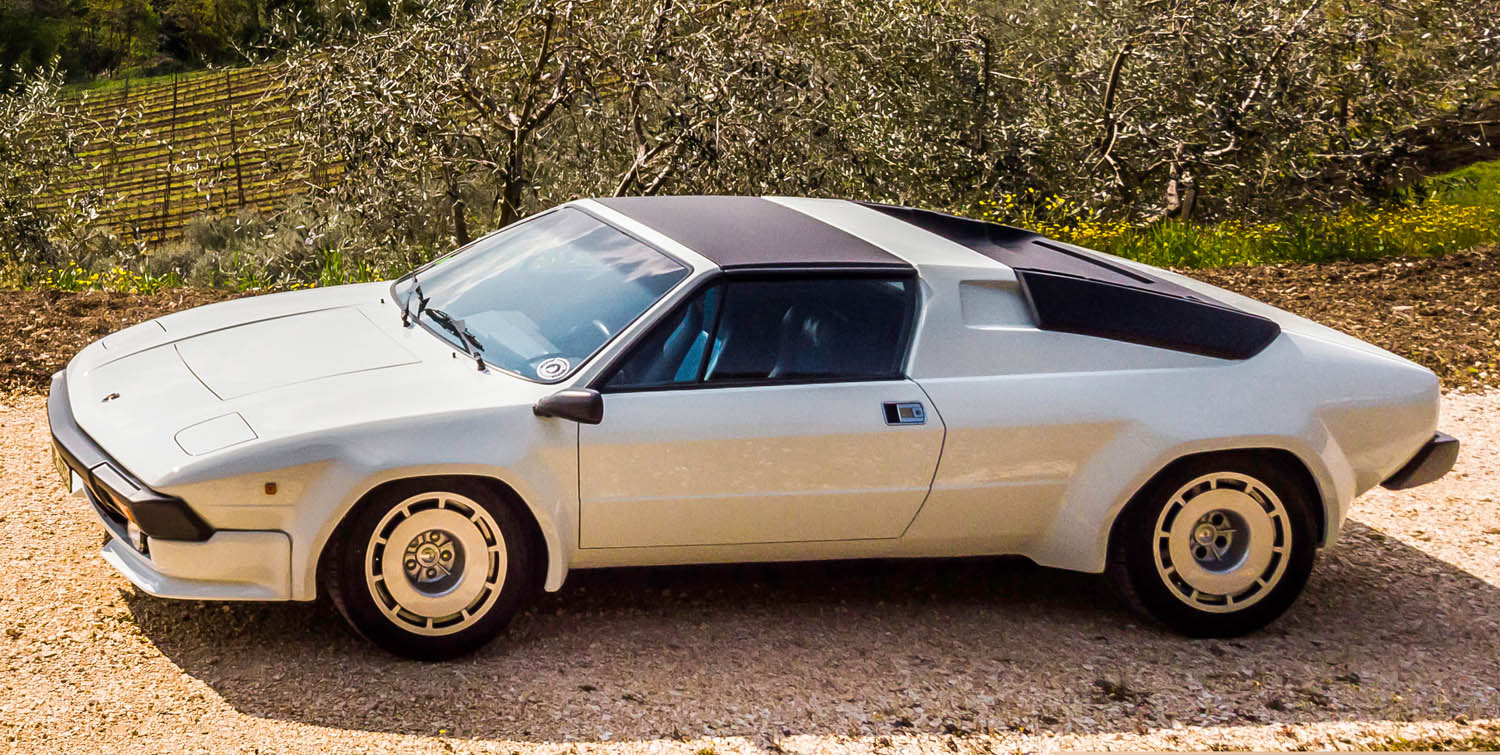 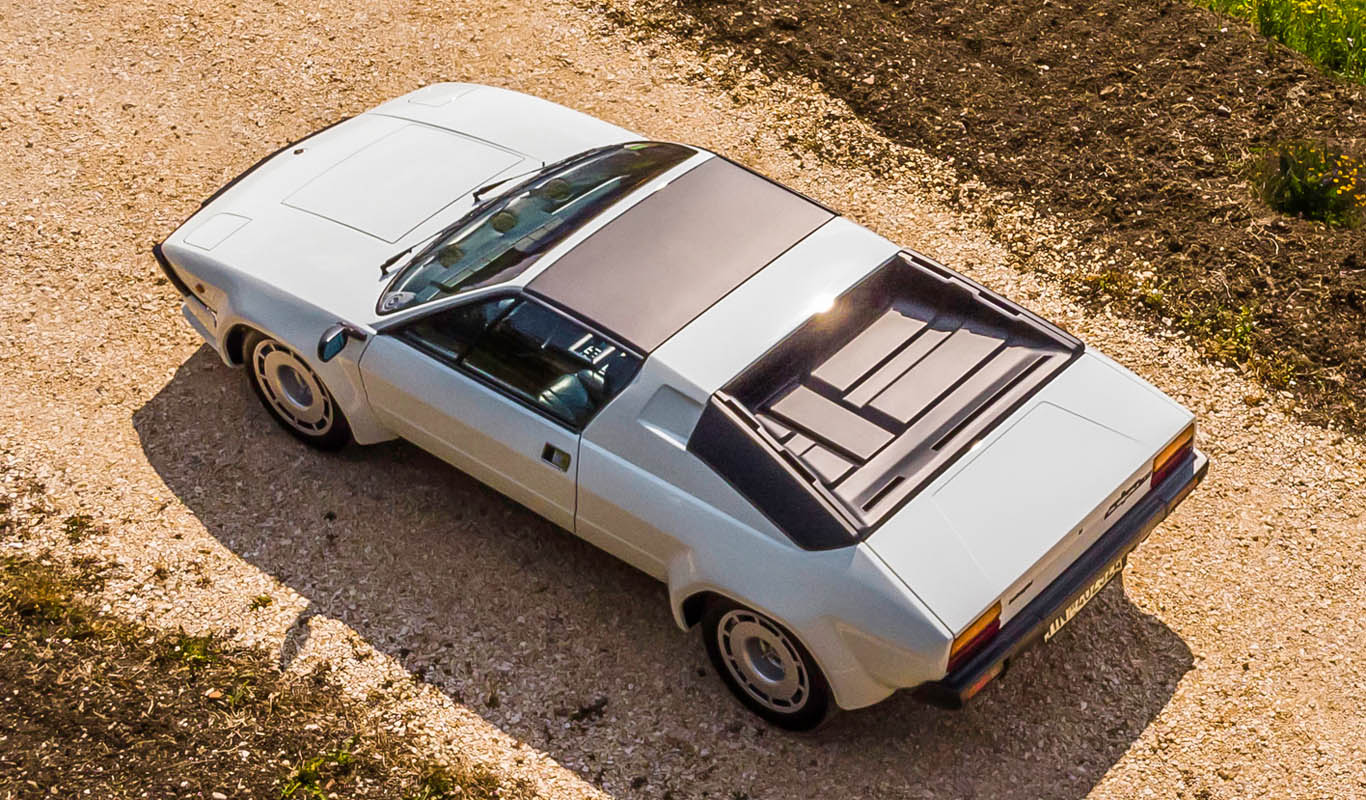 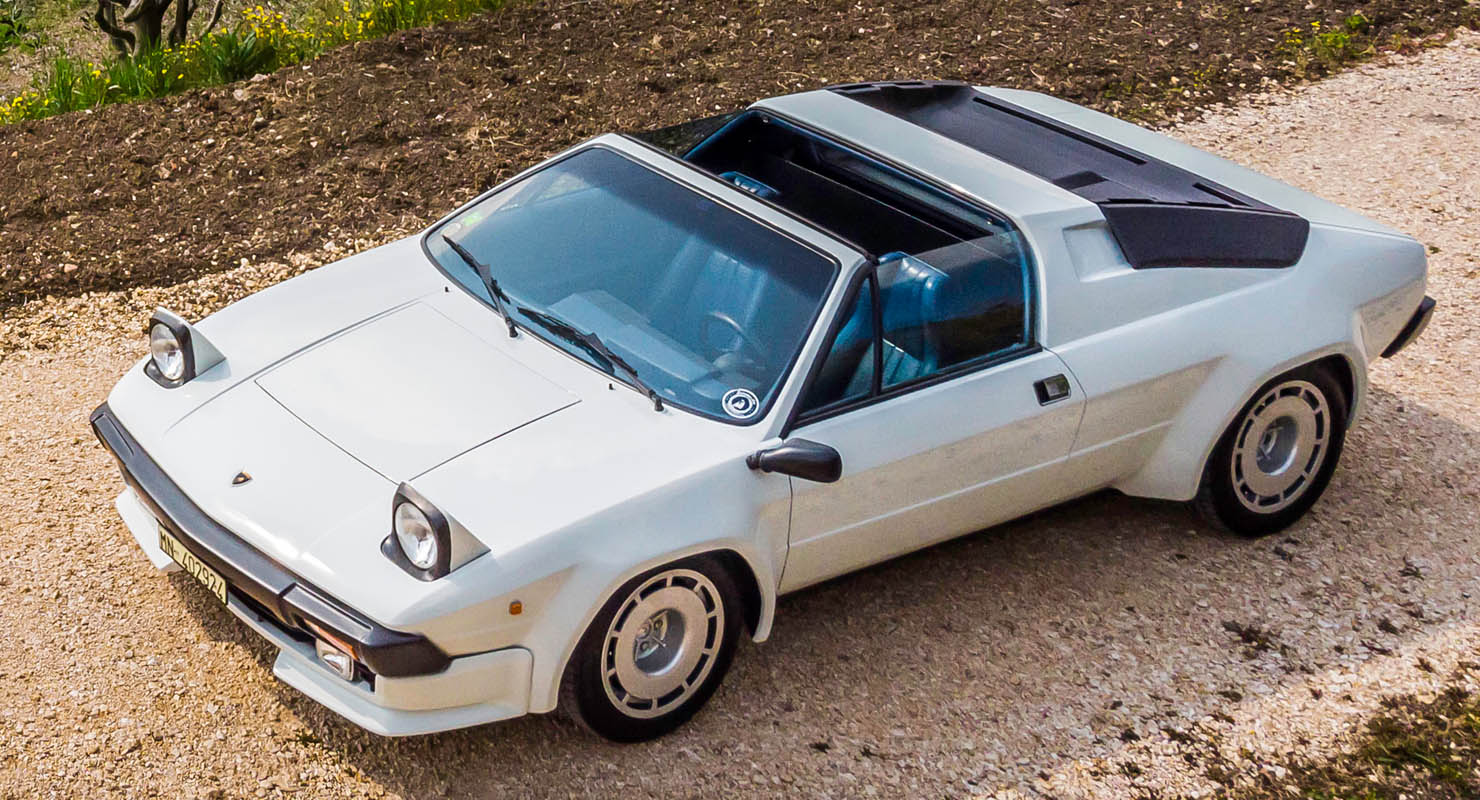 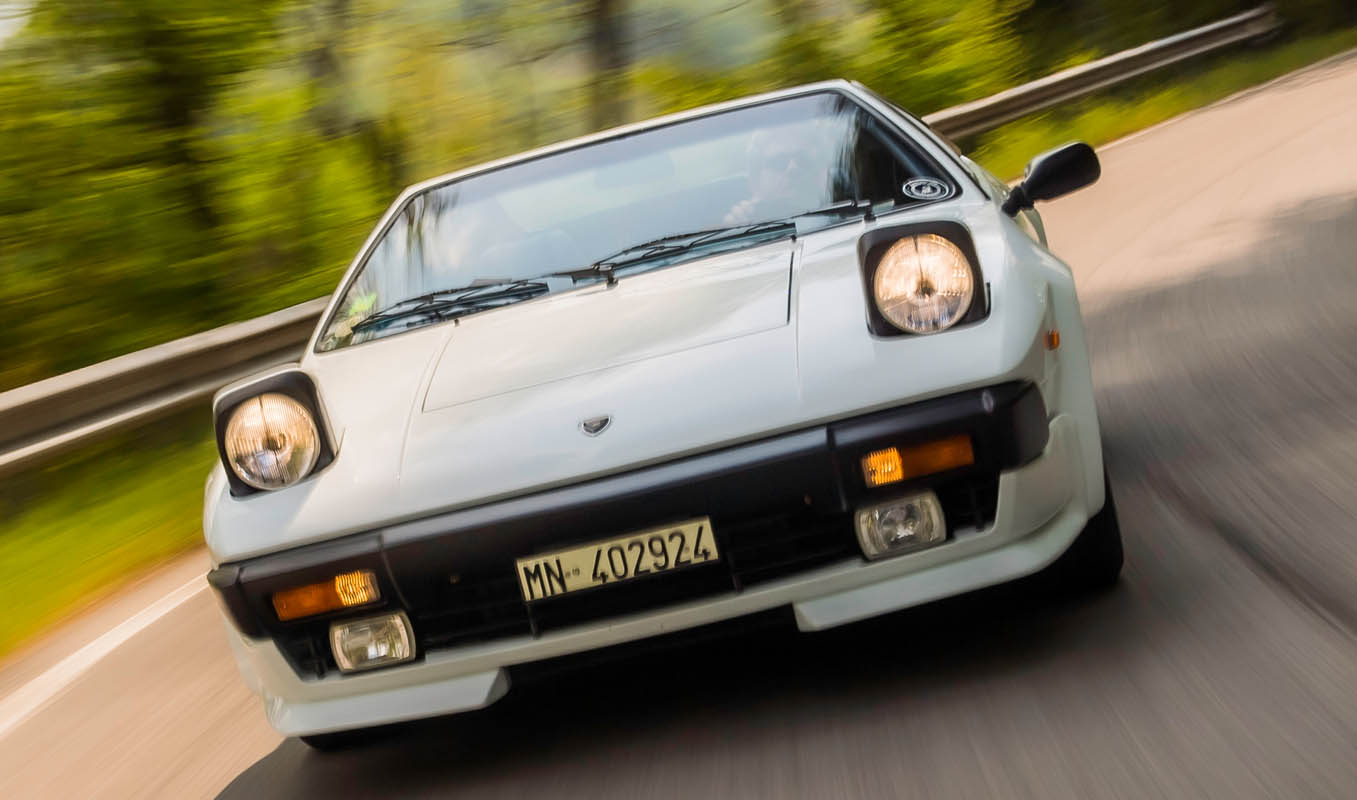 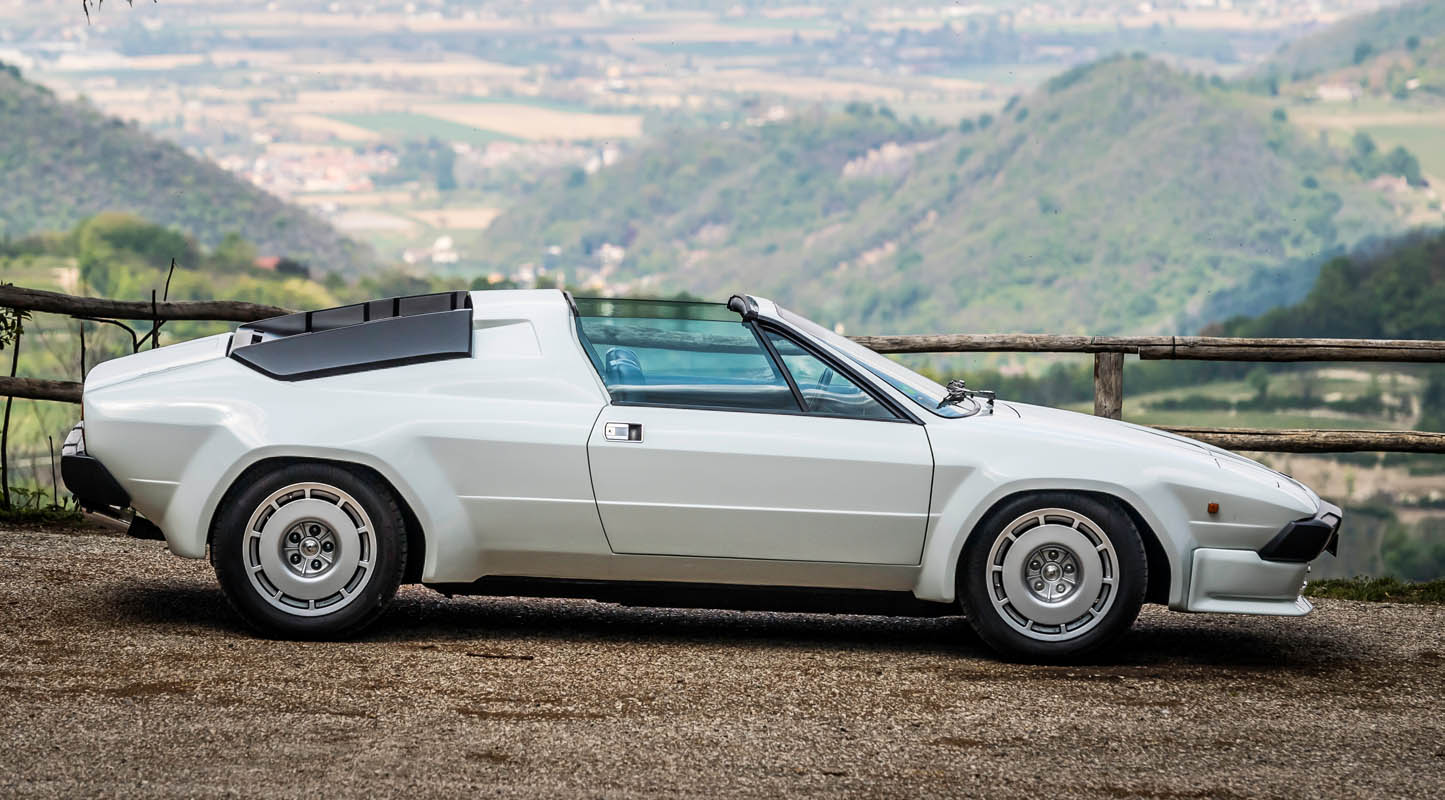 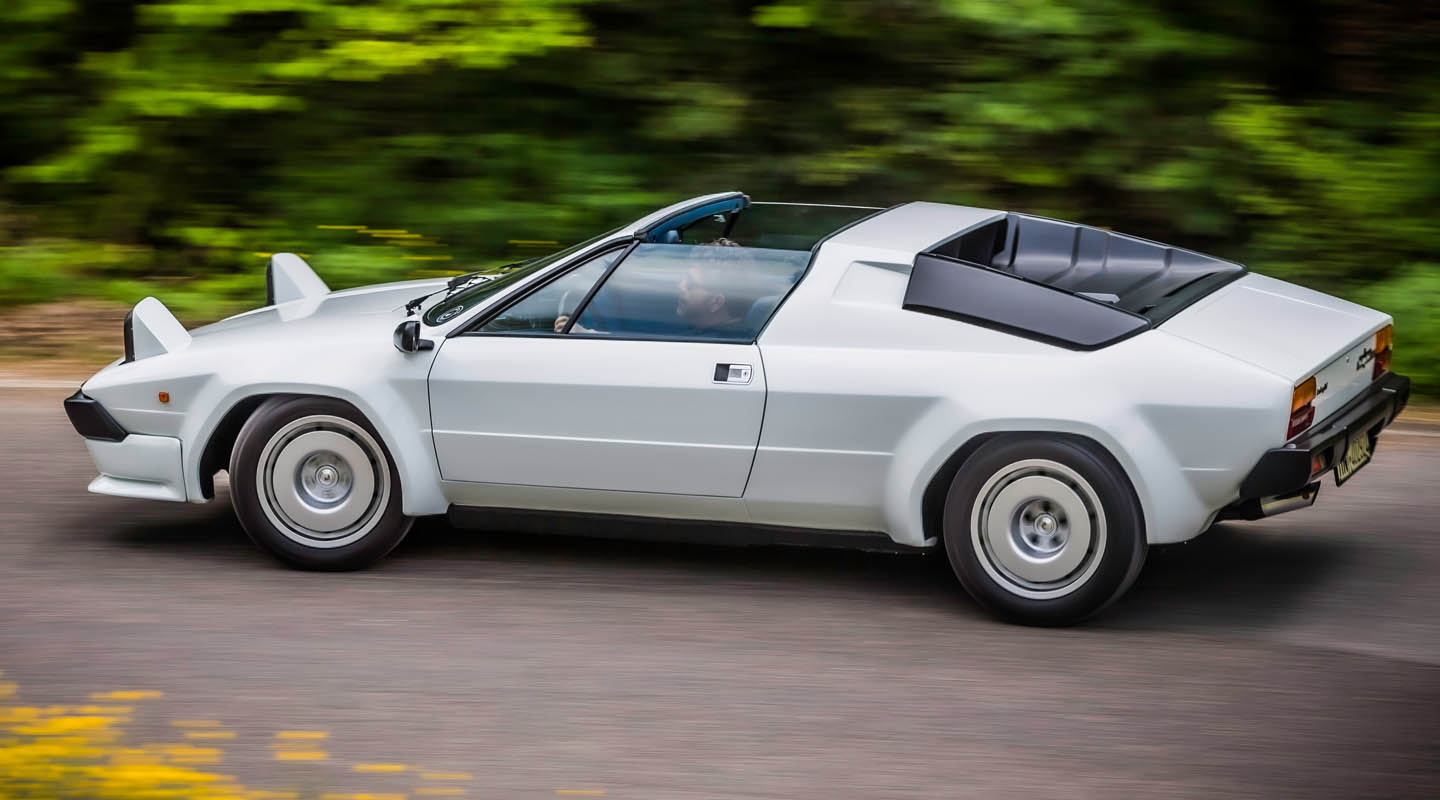 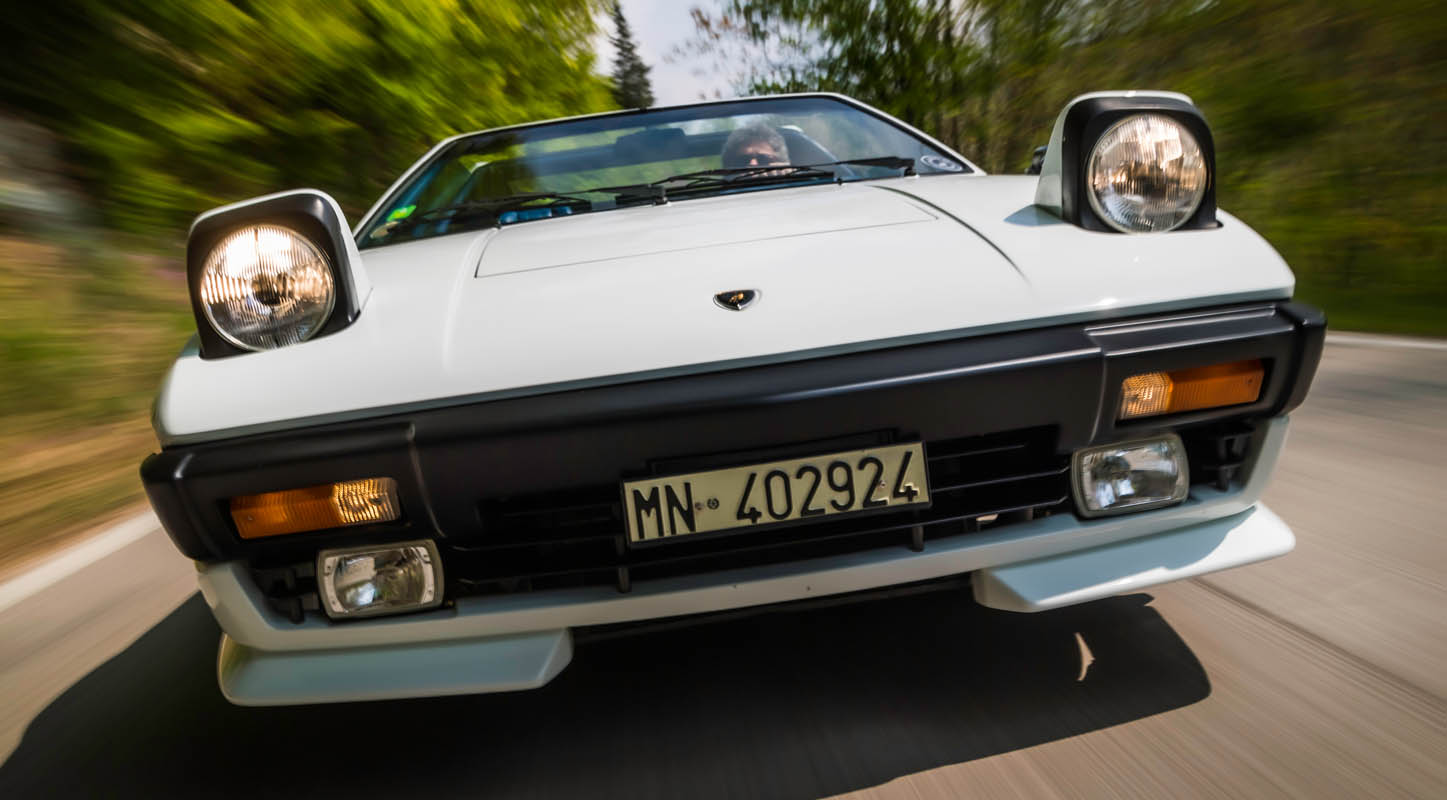 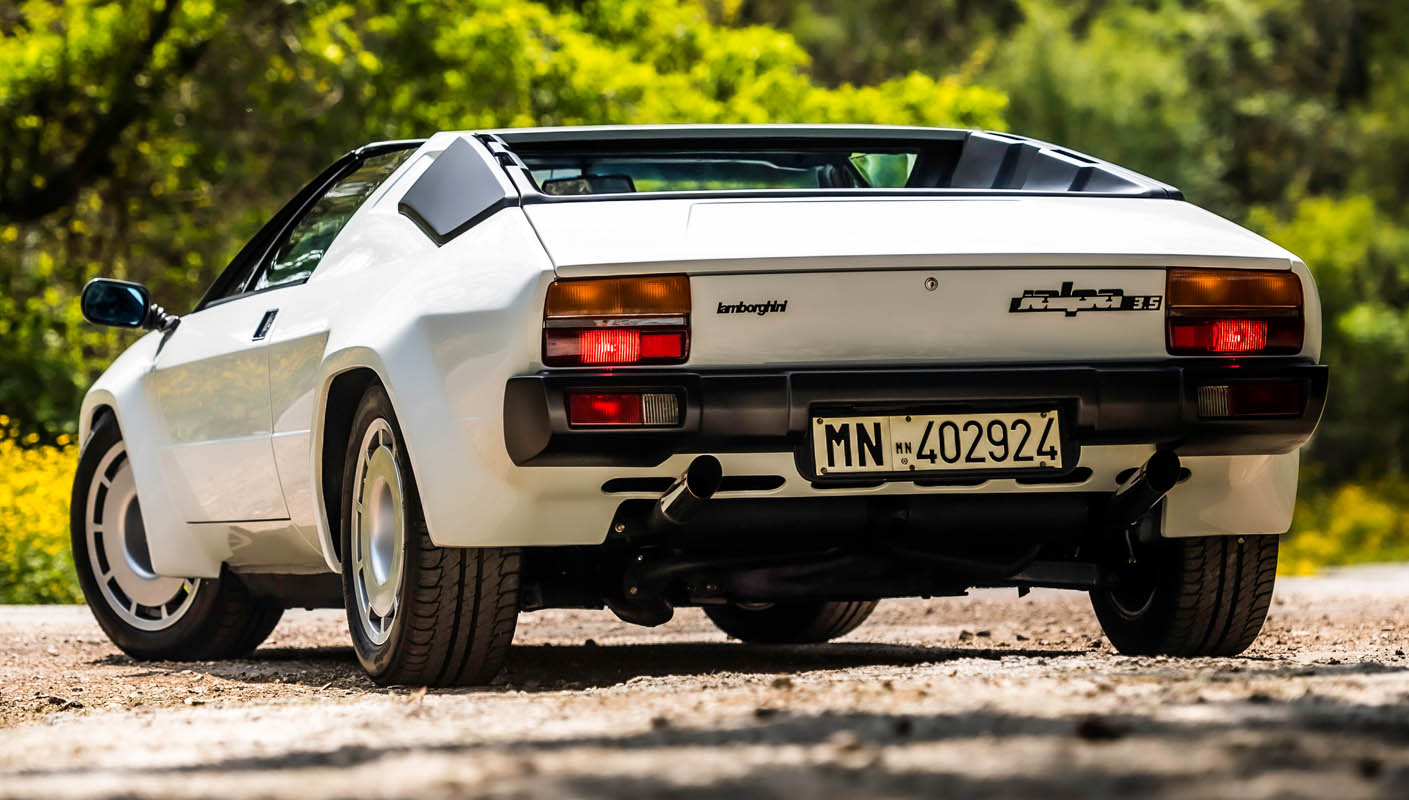 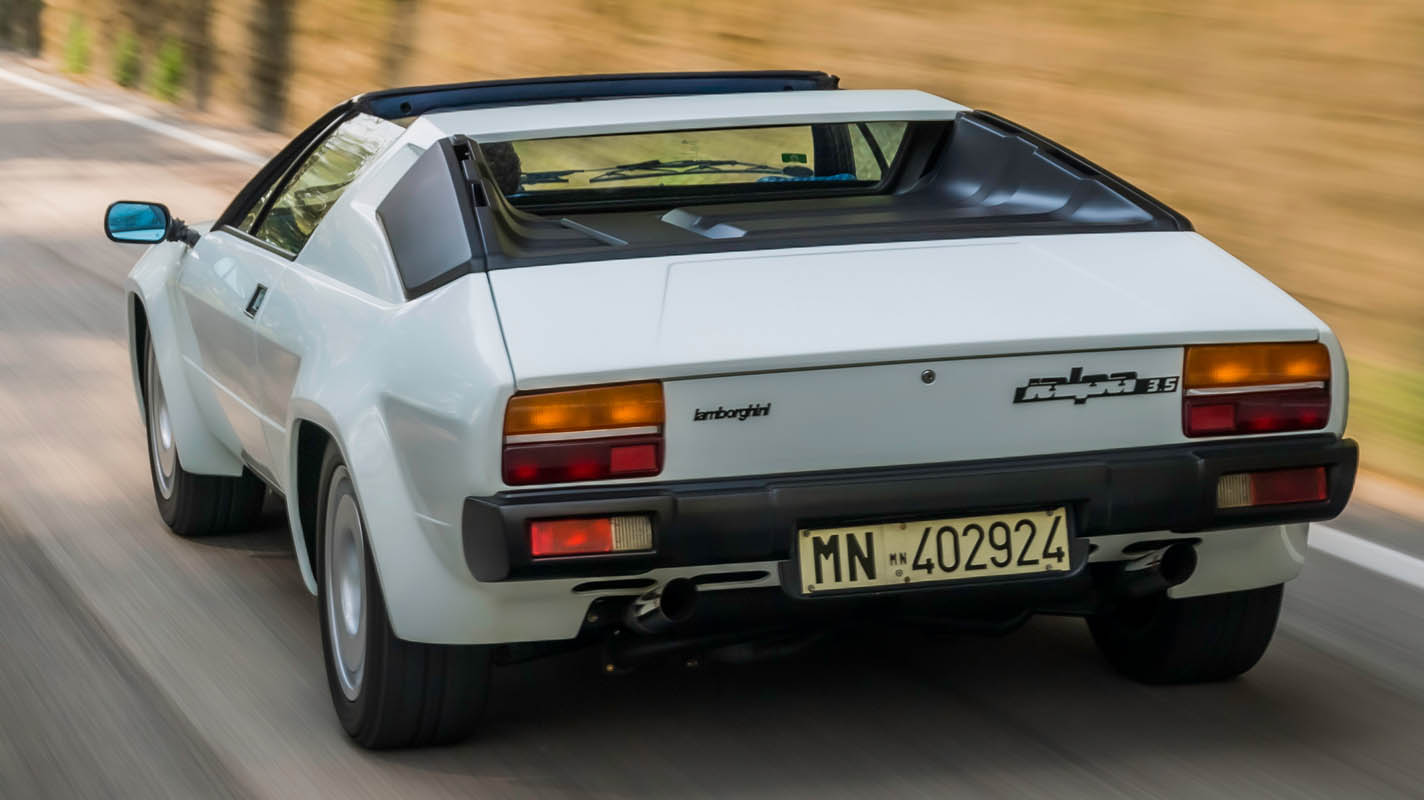 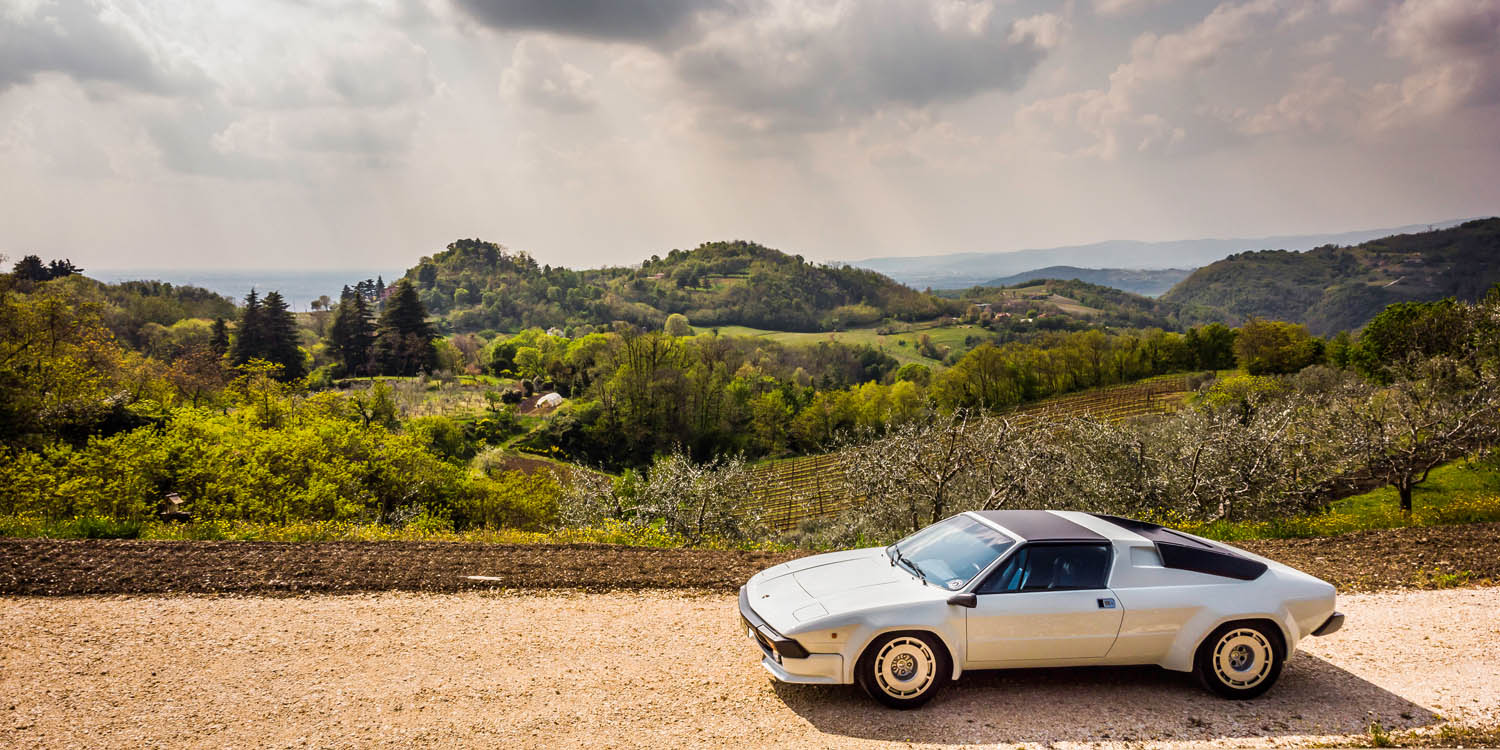 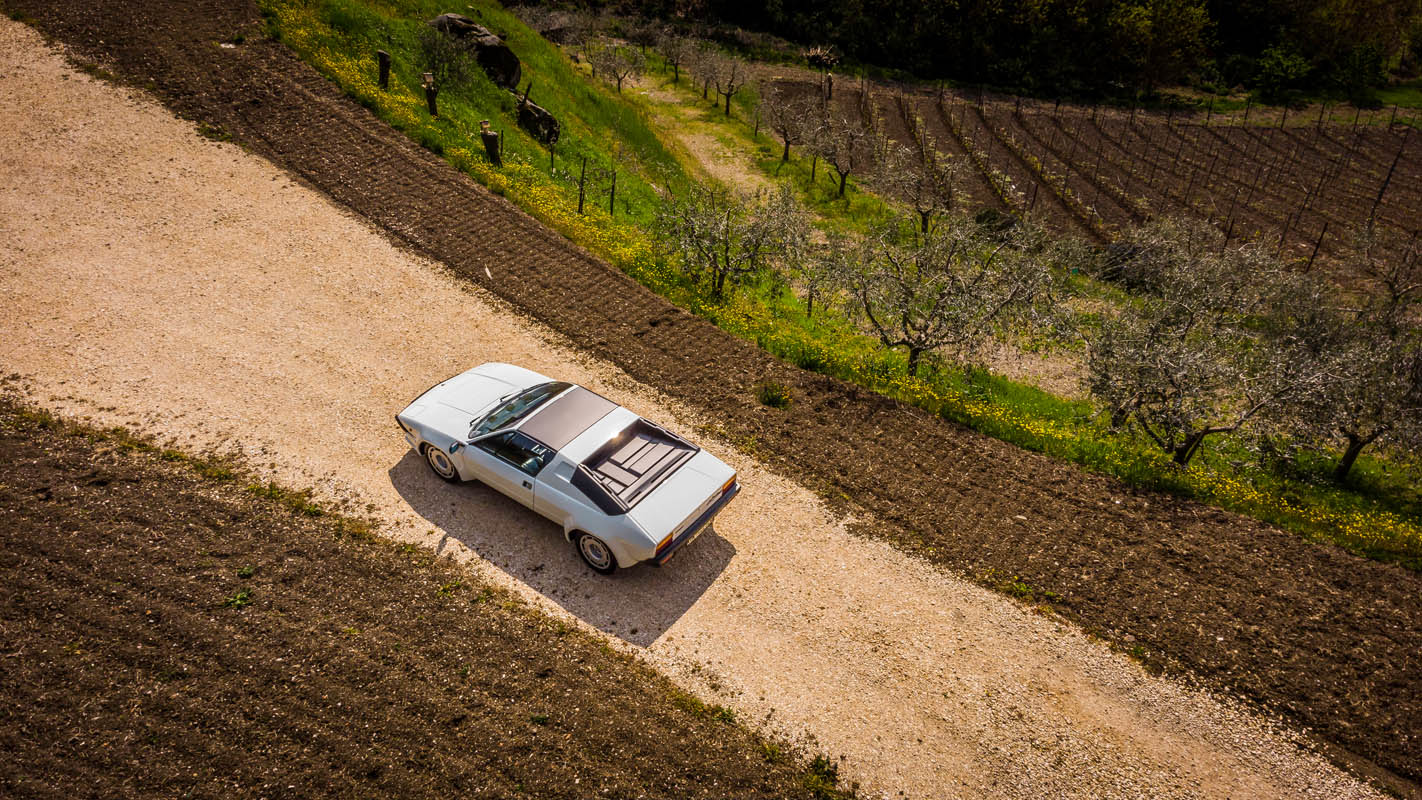 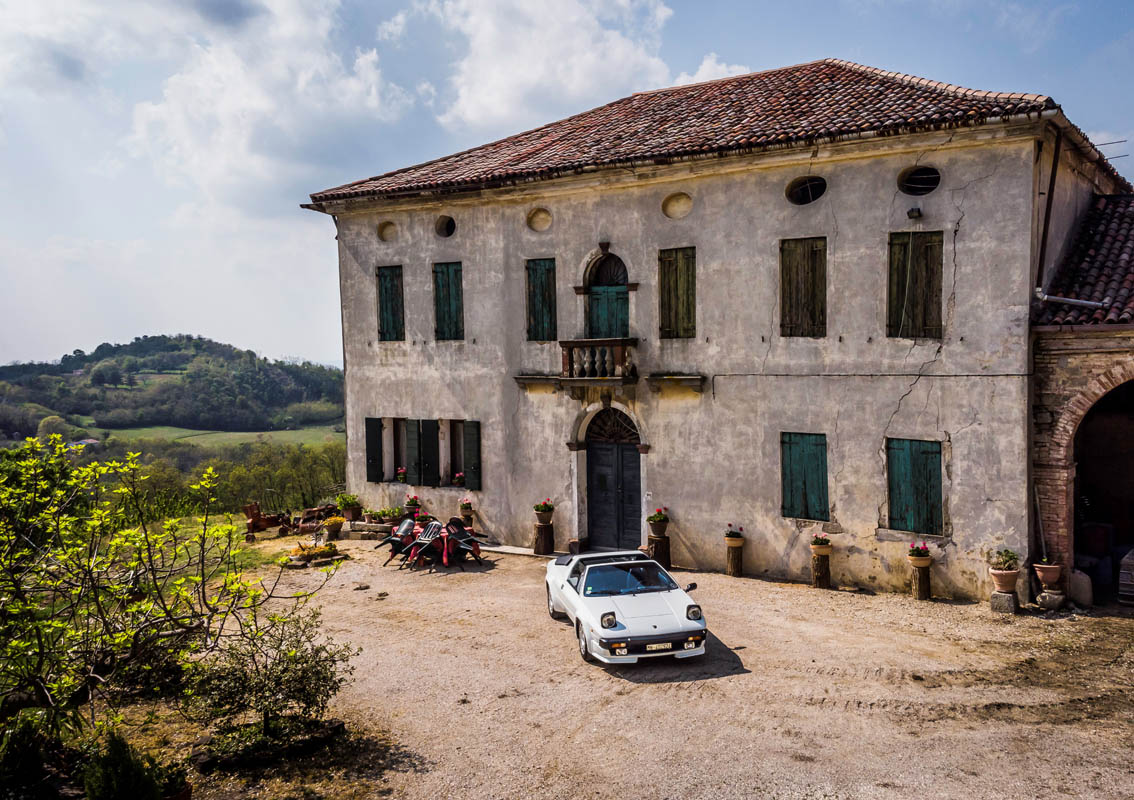 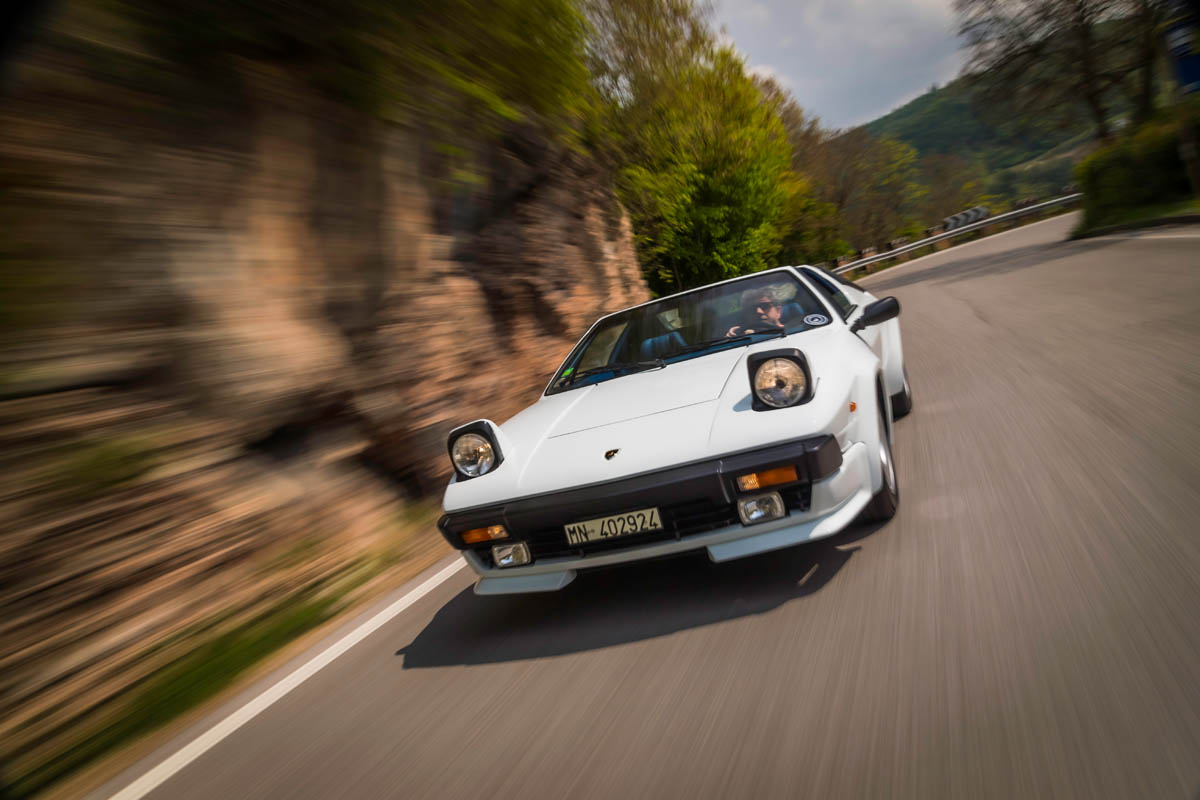 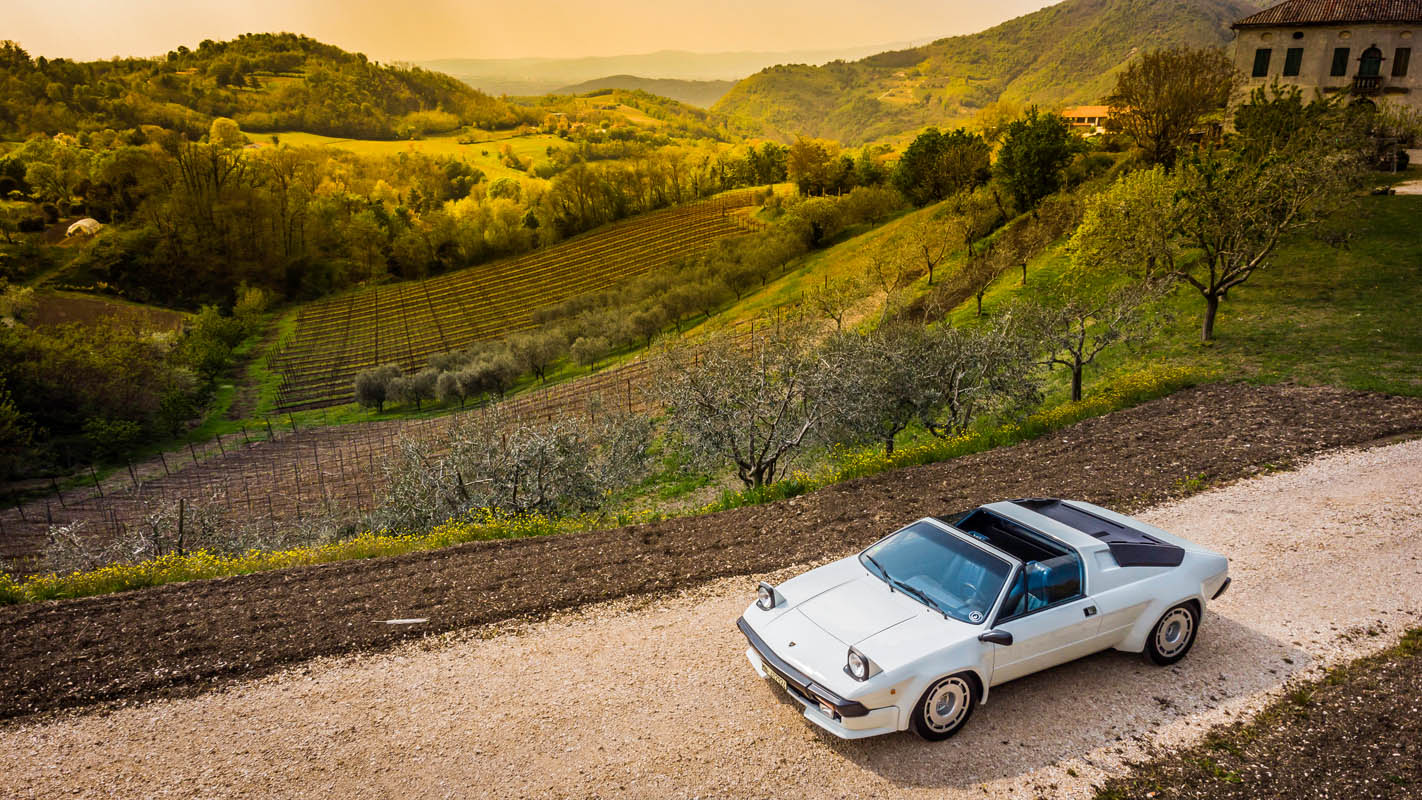 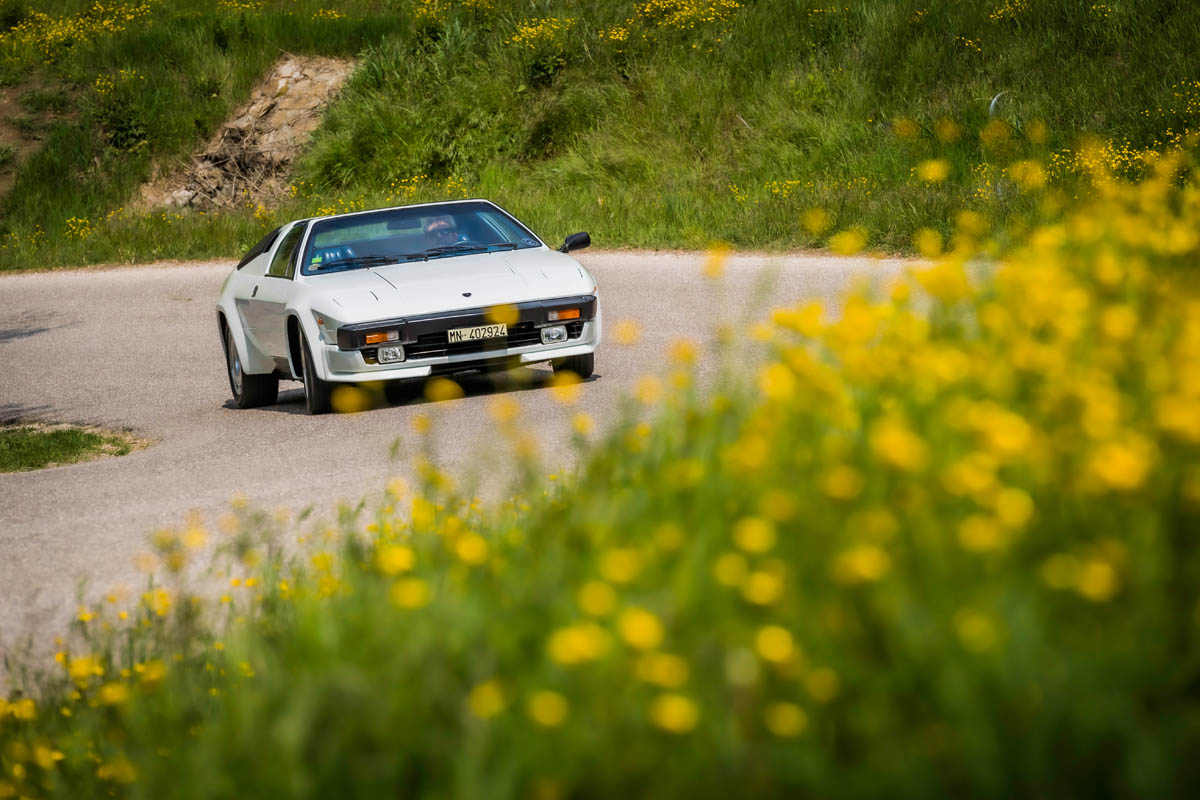 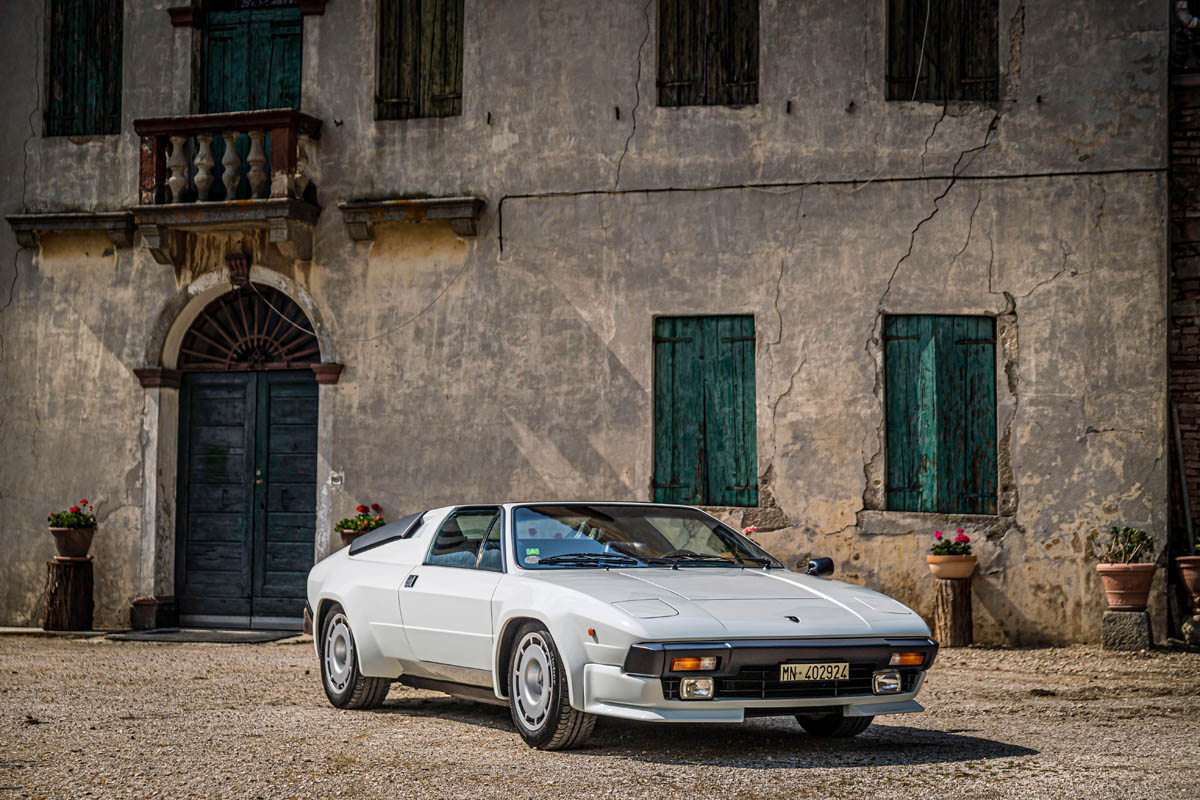 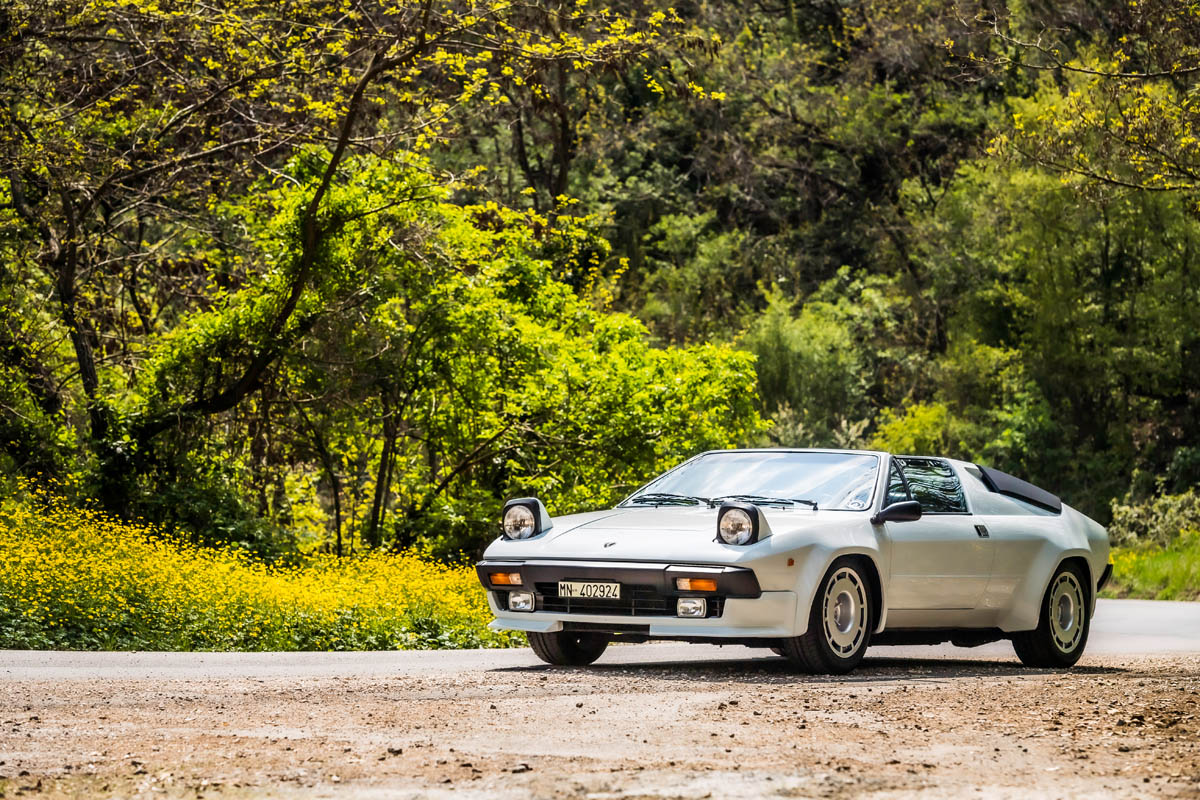 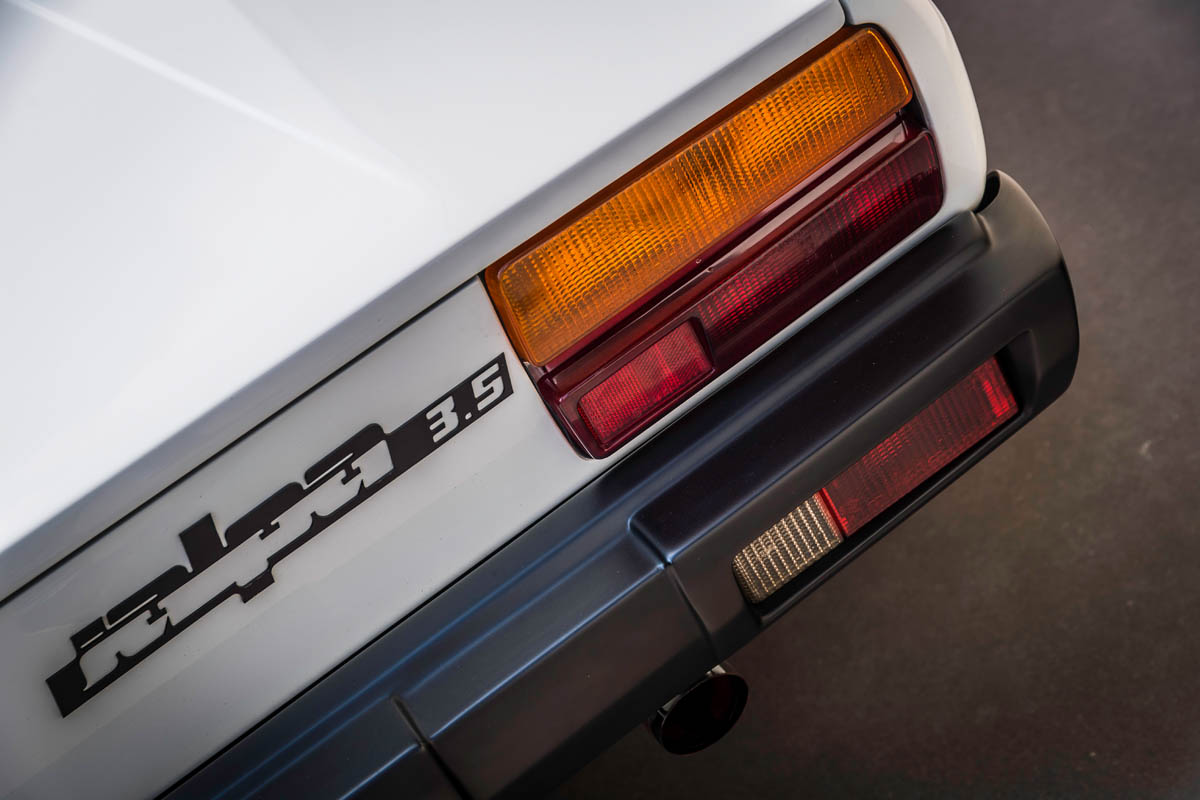 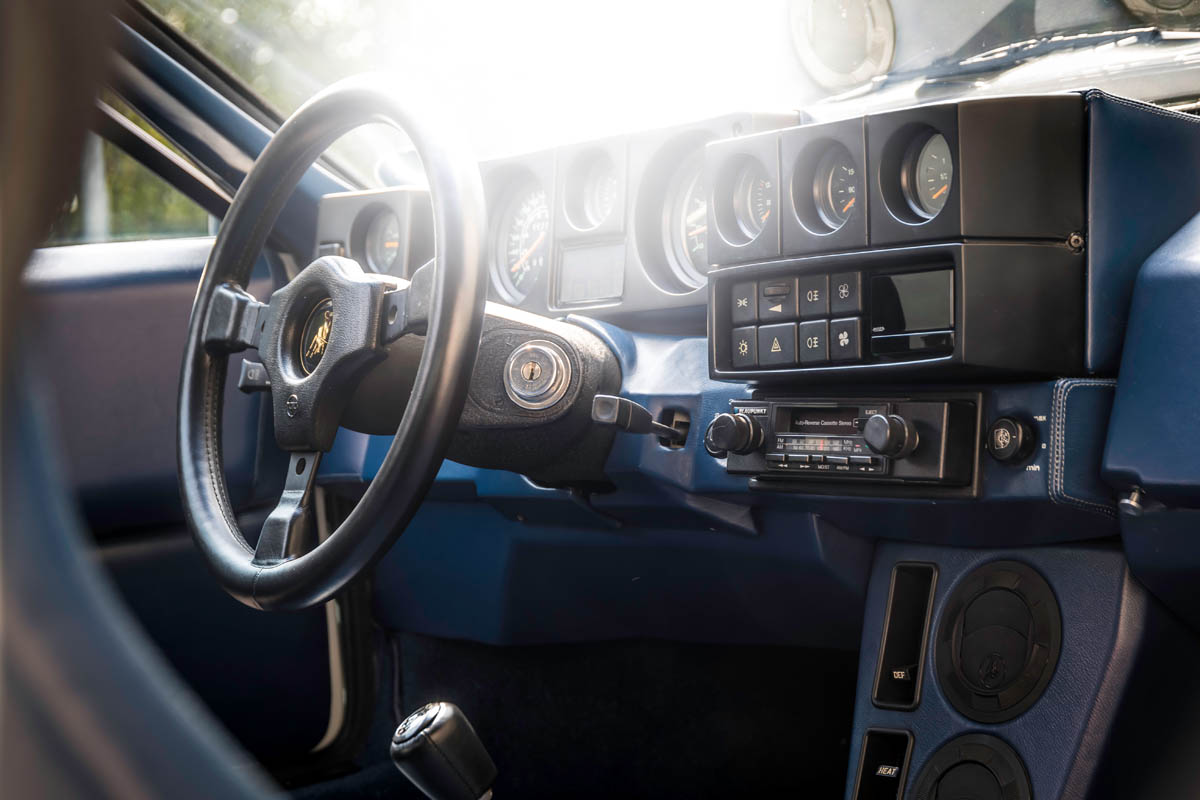 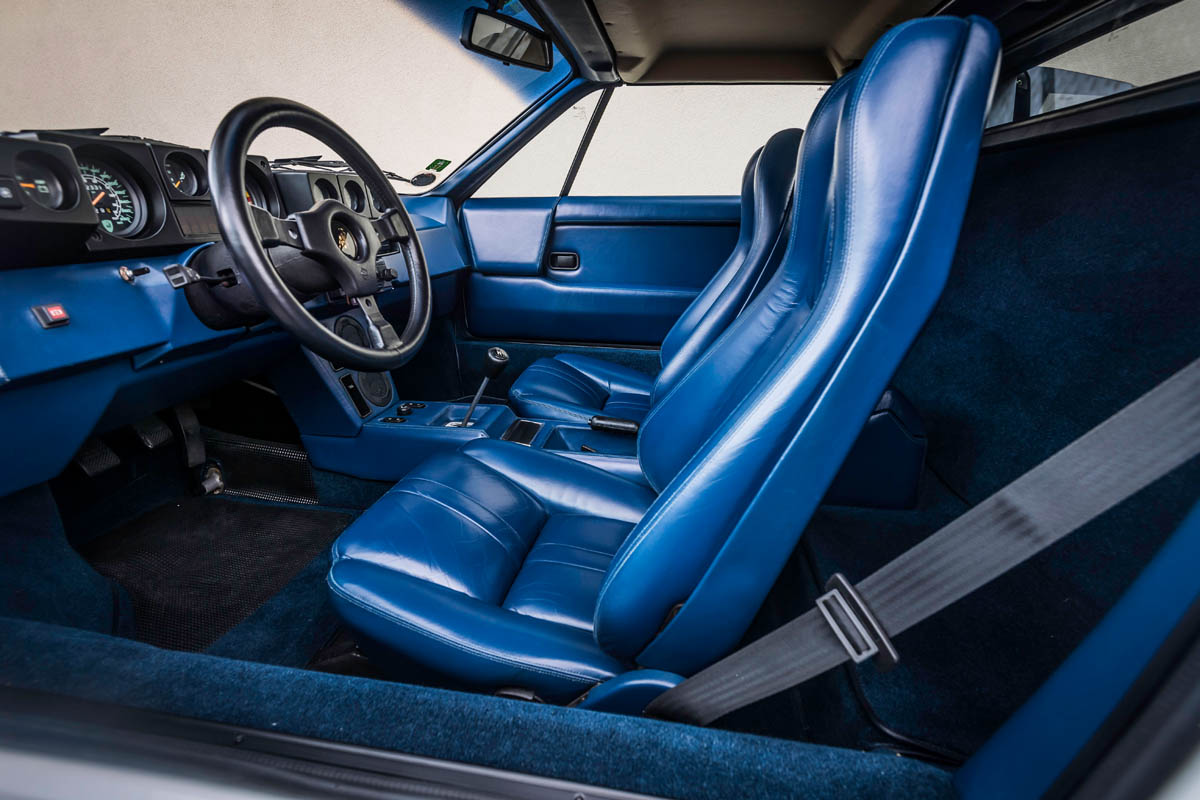 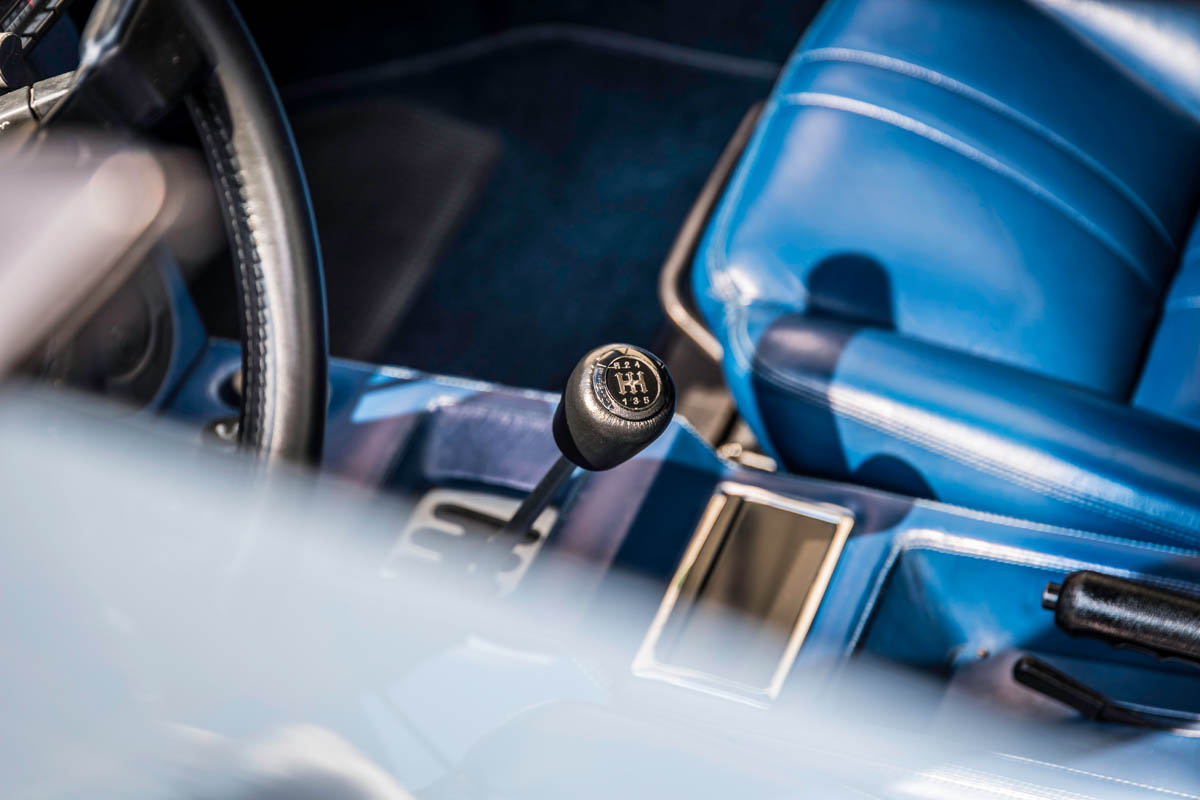 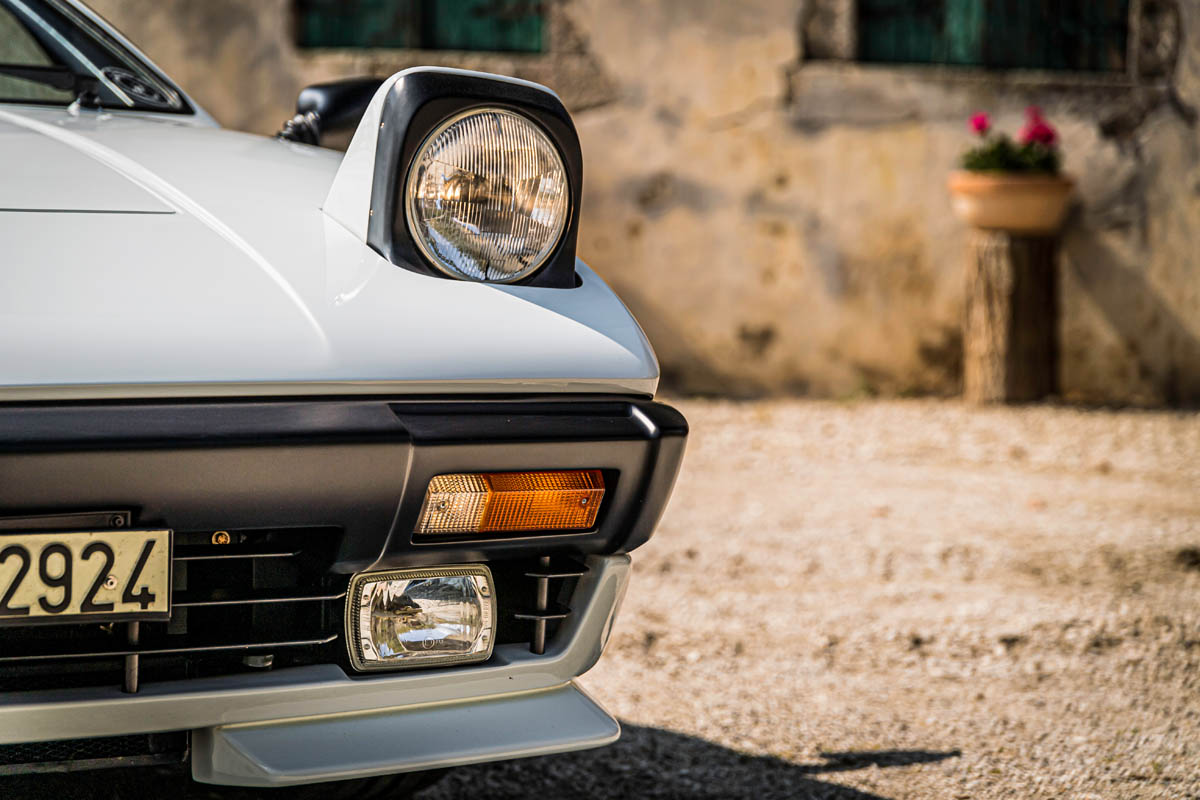