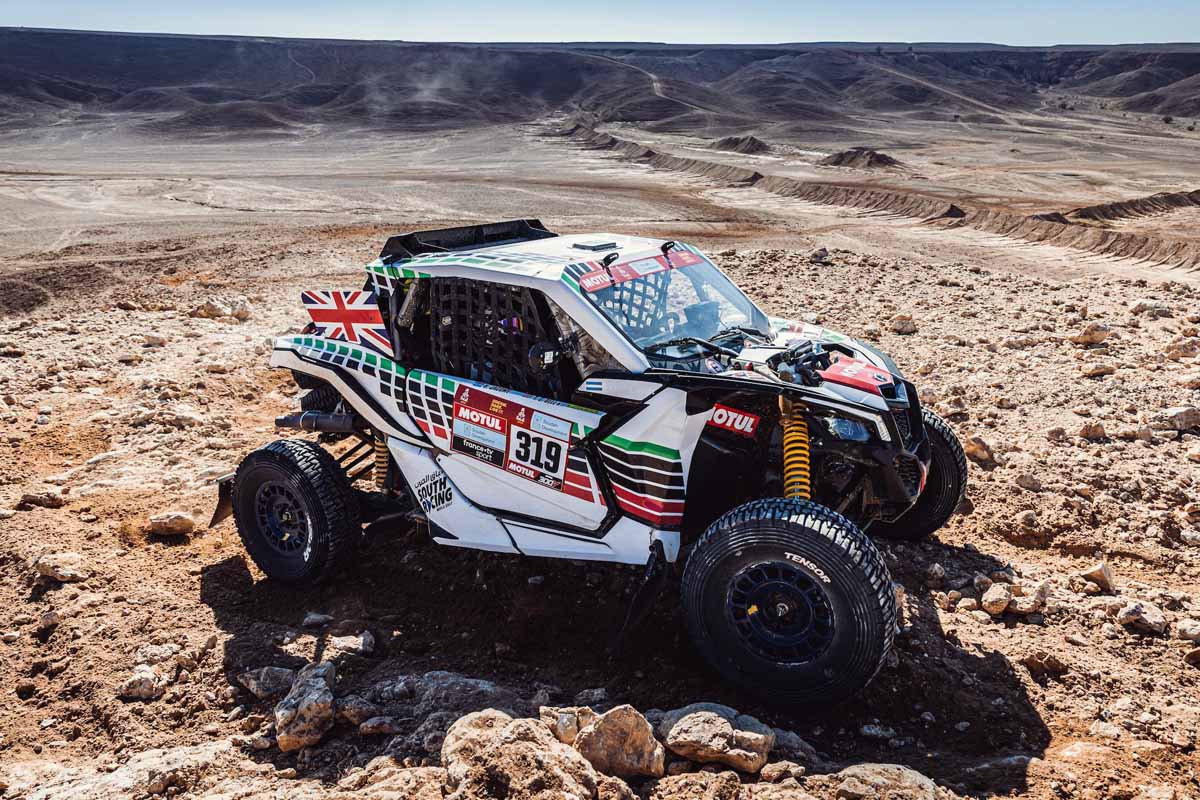 The global cross-country rallying spotlight will be on the Red Sea city of Aqaba when the Jordan Baja officially starts at the nearby Ayla Marina Village on Thursday evening.

Ahead of a quality international field of drivers and riders from 20 nations lie two challenging days of high-speed action in nearby Wadi Rum and Wadi Araba. Competitors will face off in round two of the FIA World Cup for Cross-Country Bajas, the opening round of the FIA Middle East series and the first event in the FIM Bajas World Cup. There will also be a National Rally running behind the main FIA Baja.

Saudi Arabia’s leading driver, Yazeed Al-Rajhi, starts as the favourite to challenge for the outright win in the FIA section. Rival Yasir Seaidan came up trumps in 2021 in a Mini John Cooper Works Rally but extensive damage sustained to his car at the Dakar Rally means it is doubtful whether the Saudi will be able to defend his title against the hard-charging Al-Rajhi, the latter fresh from a fine third place at the Dakar last month.

Czech veteran Miroslav Zapletal and Saudi’s Arabia’s Mohammed Al-Tuwaijri stand in Al-Rajhi’s way in the battle for FIA T1 honours. While Muneef Al-Salmani only needs to finish to secure the T2 category win for showroom production vehicles, 19 Can-Ams line up in the increasingly popular T3 and T4 sections.

Eleven of those are entered in the T3 category for lightweight prototype machines, with drivers from Saudi Arabia, Spain, the UAE, Portugal and Russia ably supported by co-drivers from France, Spain, Argentina, Portugal, Russia and Saudi Arabia.

Saleh Al-Saif is, perhaps, the most experienced of the bunch and won the FIA T4 section in Jordan last season. His list of rivals on this occasion include Spain’s Fernando Alvarez, UAE-based Briton Thomas Bell, the Russian duo of Pavel Silnov and Armen Puzian, Saudi’s Dania Akeel and the 17-year-old twin sisters, Yasmeen and Aliyyah Koloc, from the UAE. The youngsters are aiming to tackle the Dakar Rally in 2023 with Buggyra ZM Racing.

Eight crews line up in T4, all of whom will drive Can-Am Maverick XRS Turbos for several teams now active in cross-country racing. Dutch businessman and Dakar veteran Kees Koolen will be hoping to claim a first win in Jordan against the likes of Spain’s Eduard Pons, Brazil’s Cristiano de Sousa Batista and the Saudi trio of Saeed Al-Mouri, Yousef Al-Dhaif and Abdullah Al-Haydan.

There are 22 motorcycles, six quads and a pair of SSVs on the entry list for the first FIM Bajas World Cup round of the season. Emirati Mohammed Al-Balooshi will be aiming for a third successive win in Jordan on his KTM and rekindles his duel with local rider Abdullah Abu Aishah. Jordan will also be represented by Zaid Jaber and Rakan Al-Batayneh.

The list of riders also includes four Qataris, with Sheikh Mohammed Al-Thani leading the way on his Honda CRF 450 Rally and accompanied in the Hashemite Kingdom by Mohammed Al-Kaabi, Yagoob Azadi and Abdulrahman Al-Sheeb.

As competitors make their final preparations for the pre-event press conference and ceremonial start at the Ayla Marina Village on the outskirts of Aqaba on Thursday afternoon, the weather has shown a slight improvement. The city of Amman and northern Jordan have recently been covered by a blanket of snow and it was decidedly chilly in the south of the country last week.

Baja organisers are expecting temperatures in the low twenties Centigrade in Aqaba over the weekend, but it is decidedly chillier inland in the exposed deserts, especially in the mornings and evenings.

The event is being based out of the Hyatt Regency Aqaba Ayla Resort and official support comes from Mountain Dew, Budget, the Aqaba Special Economic Zone Authority (ASEZA), the Aqaba Development Corporation (ADC), Hala and Bliss FM. 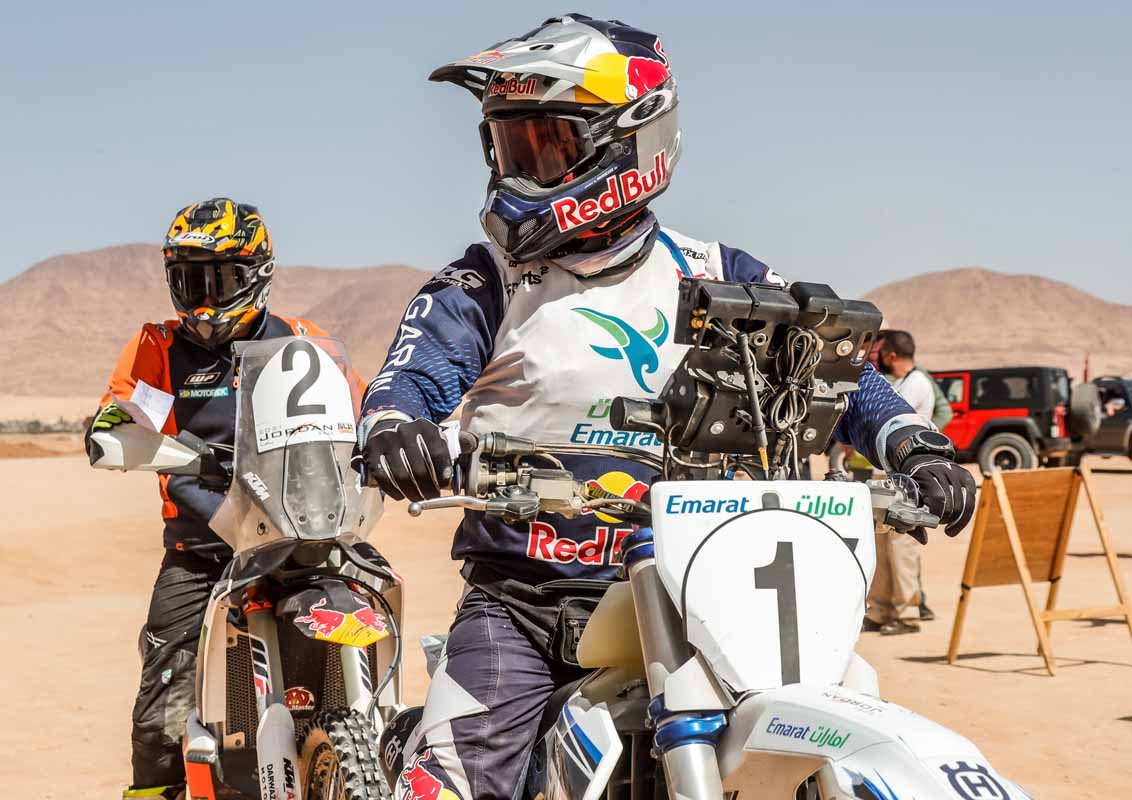 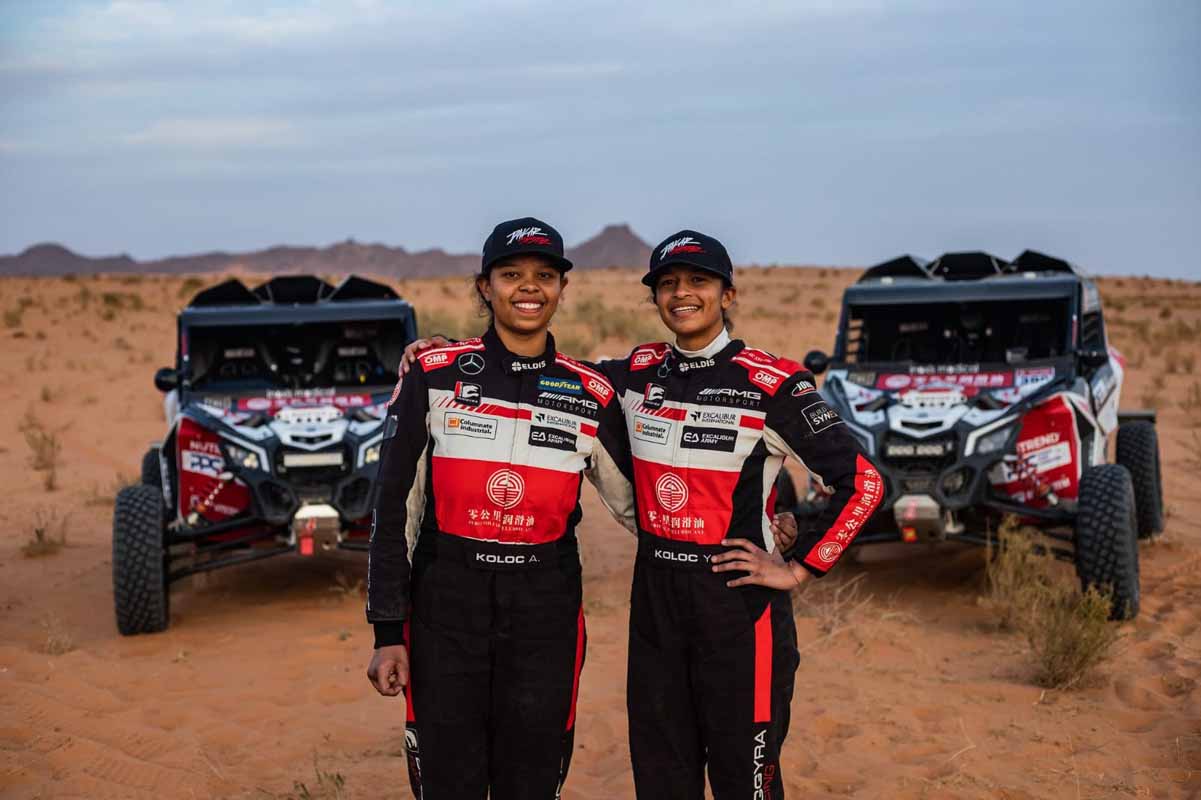 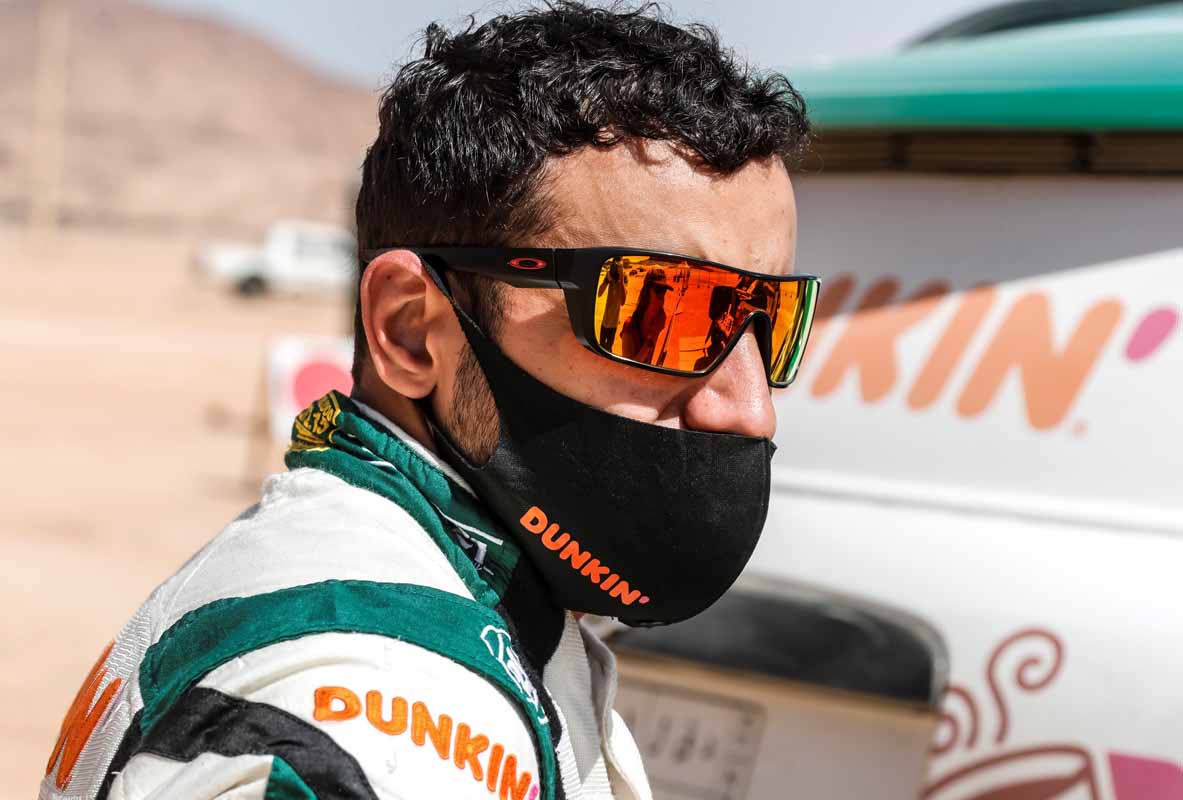 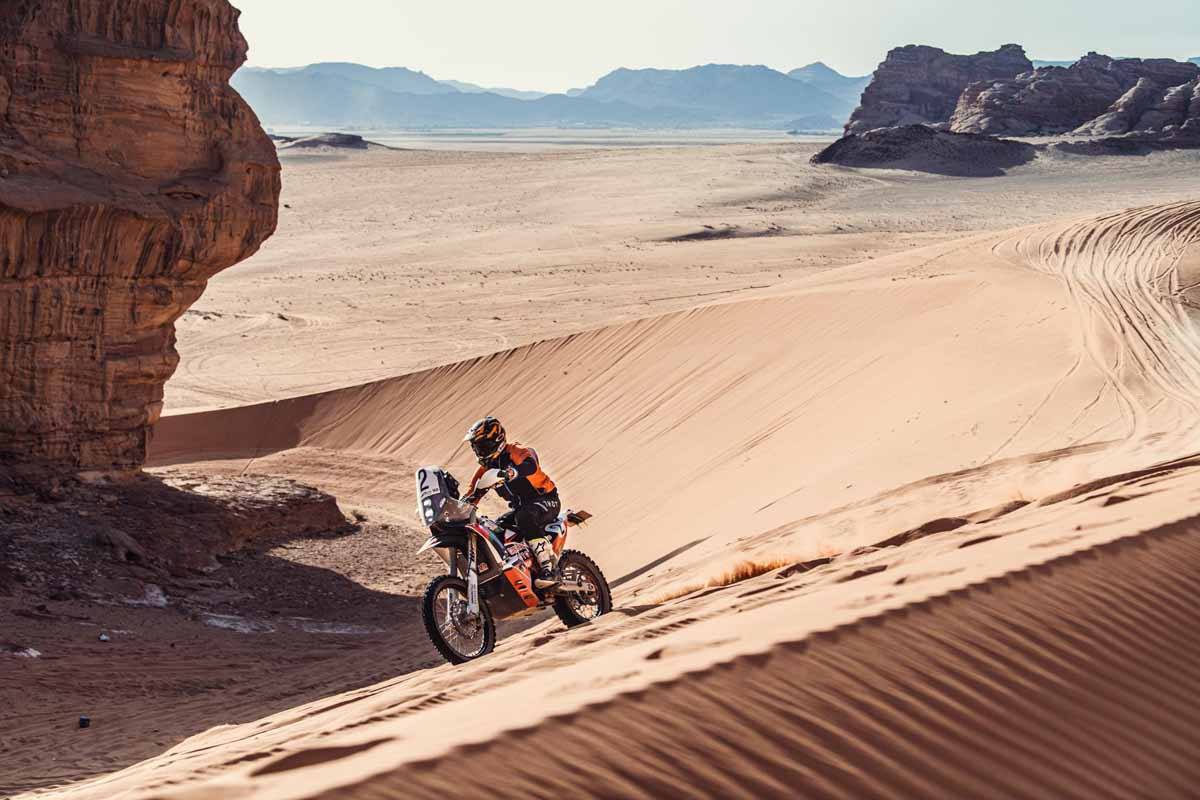 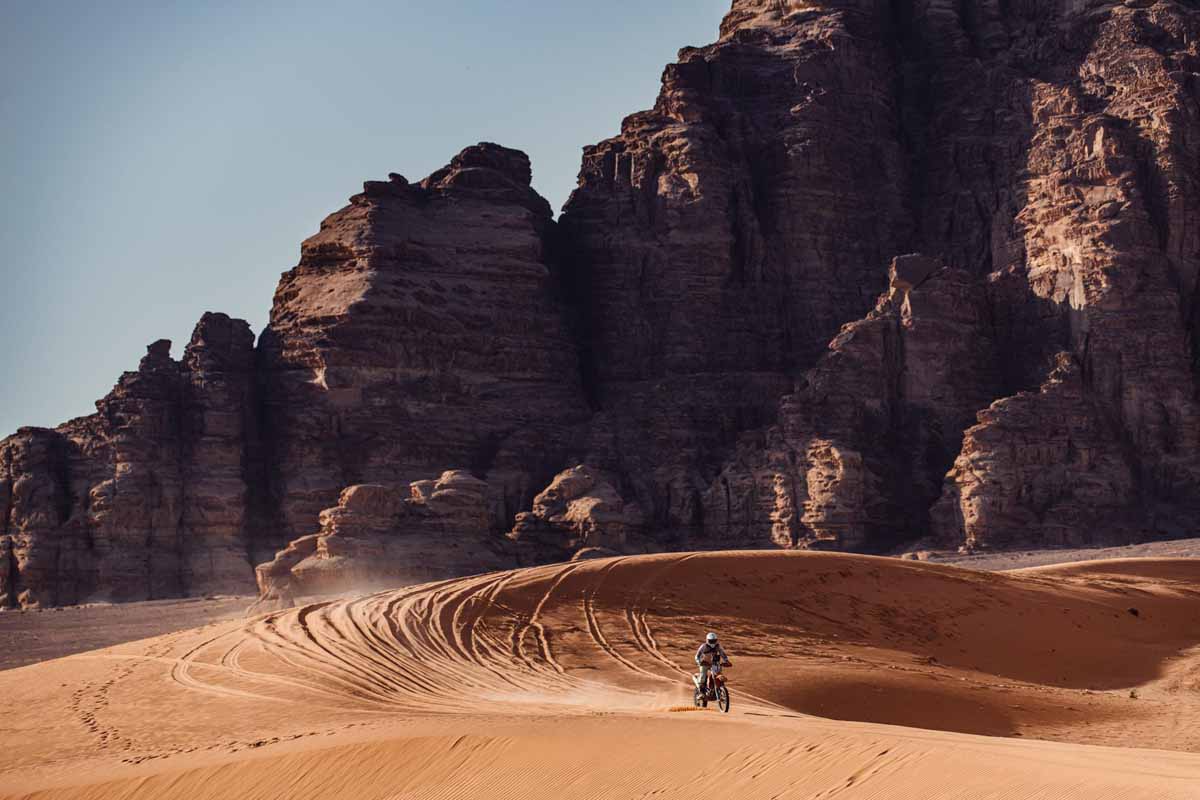