Jordan Baja To Get Underway In Aqaba City On Thursday Evening 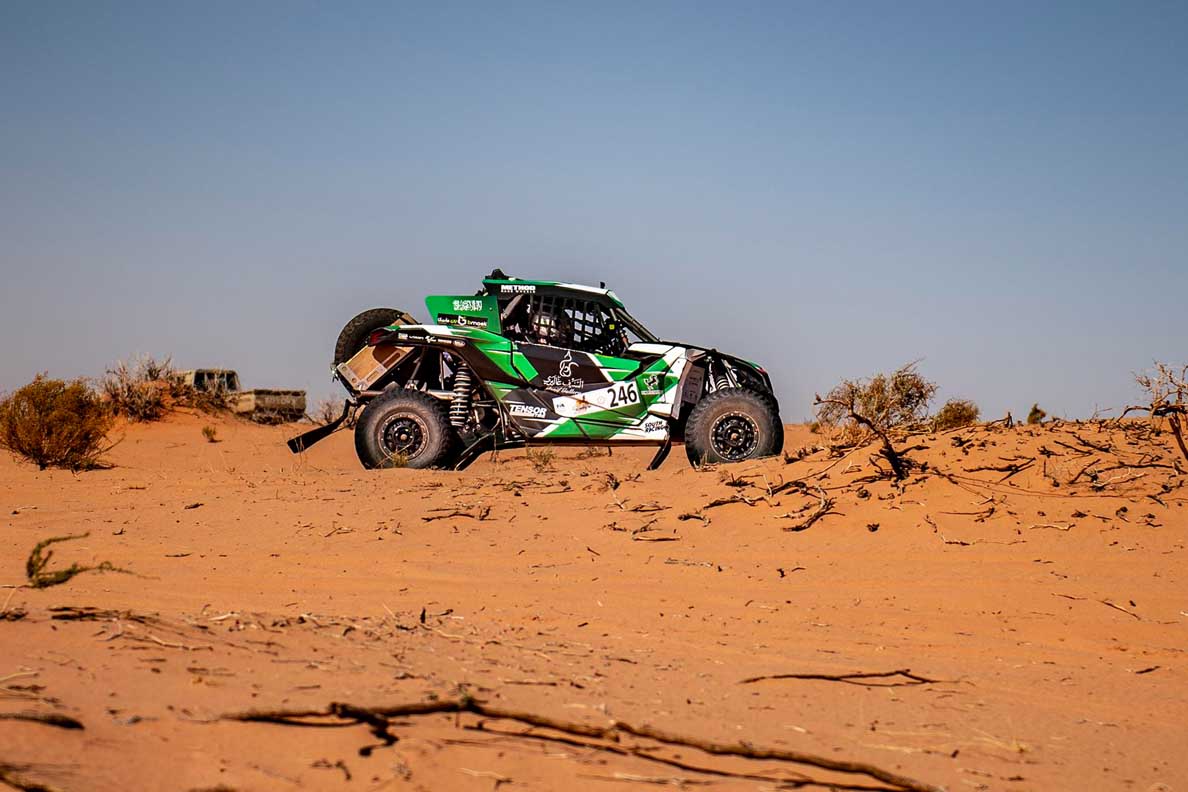 The Jordan Baja gets underway in Aqaba on Thursday evening and sees Jordan Motorsport hosting its first international motor sporting event since September 2019.

Competitors from 15 nations will take part in the fourth round of the FIA World Cup for Cross-Country Bajas, round two of the FIM Bajas World Cup and a National Baja running behind the two international status events.

The FIA T4 category for modified production cross-country side-by-side (SxS) vehicles is one of the fastest growing categories in off-road rallying and five of the world’s leading protagonists in the category will line-up at the start of the Jordan Baja.

Cars such as the Can-Am Maverick X3, Polaris RZR 1000 and the Yamaha YXZ 1000 R have given newcomers and more experienced drivers the perfect introduction to one of the most challenging forms of all-terrain motor sport.

Events such as the Dakar Rally now offer two different SSV categories and the FIA World Cup for Cross-Country Bajas has its own championships for T4 drivers and teams.

Frenchman Claude Fournier has taken part in the opening three rounds of the 2021 Baja series in Russia, Dubai and Saudi Arabia and arrives in Aqaba with a 19.5-point advantage over Saudi Arabia’s Saleh Al-Saif in the standings. He first took part in the Dakar Rally back in 1991 and won the rookie category.

Fournier was victorious on the opening round and third and fourth places in the two Middle East events have given the Can-Am driver a solid foundation on which to build his title challenge with Polish co-driver Szymon Gospodarczyk.

“This is my first time in Jordan, as it was cancelled last year,” said Fournier, who has now retired from the family wine business that used to sell 2.5 million bottles per year. “I am told it is a very difficult challenge, particularly for the navigators, and it is also one where there is a lot of punctures due to rocks.

“I have also been told by everyone that it is a very beautiful event, so I am really looking forward to seeing Wadi Rum. I am not expecting many dunes.

“Of course, I hope to win, but I know it will be tough as the other drivers are very good. I am one of the oldest guys competing, at 69, but I am feeling fit and strong. I hope I can do well here to help me win the World Championship and also to set me up well for the five European events coming up next.” 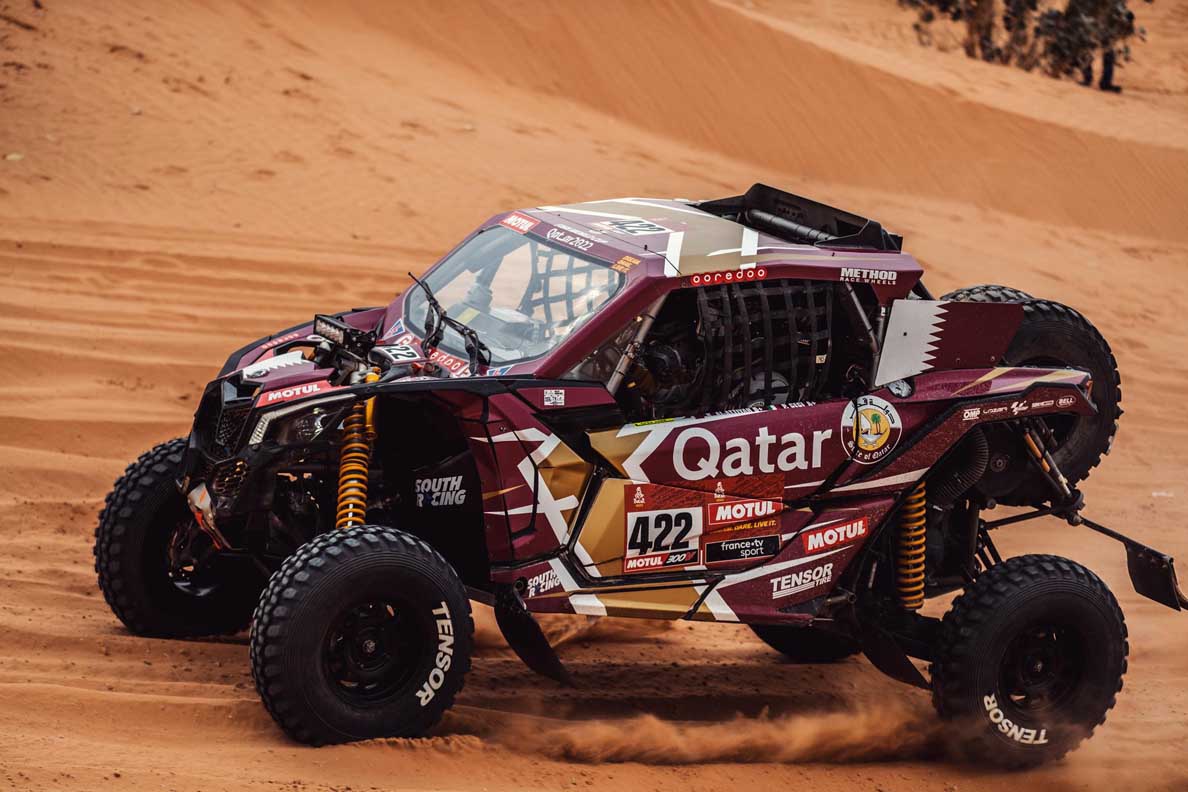 Al-Saif is, perhaps, the favourite on the T4 starting list in Aqaba after claiming maximum points at the recent round in Saudi Arabia’s Eastern Province. Technical issues meant that he could only collect points for fifth place in Dubai, but he delivered a terrific performance two weeks ago to finish third overall and first in T4.

Al-Saif said: “Jordan Baja means a lot to me, as I performed well in the candidate version and won the T3 title. I love the Rum Desert. It resembles some regions of Saudi Arabia, such as Al-Ula and Tabuk, so I feel a familiarity with it and I also love this kind of terrain – sandy, rocky and wadis.

“I got used to the Jordan Baja after two previous versions. My eyes are now on the category title. My position is strong after winning Al-Sharqiyah Baja and advancing to second place in the T3 standings. My chances are strong in this rally. Our most prominent competitor will be Khalifa Saleh Al-Attiyah. He is a big name and I am happy that he is one of the participants in Jordan, as it will increase the pace and the competition. I am trying to participate in all rounds and I hope to win the title before the season ends.”

Meshari Al-Thefiri has been a regular visitor to Jordan to take part in the Dead Sea-based special stage round of the FIA Middle East Rally Championship and has a perfect opportunity to overhaul Al-Saif and put the pressure on Fournier in the title race.

The Kuwaiti will be taking part in the Jordan Baja for the first time at the wheel of the second of five South Racing-built Can-Ams on the entry list. He has already claimed a pair of second places on rounds two and three of the Baja series and teams up with Qatar’s Nasser Al-Kuwari for the second time this season.

“This is the fourth round of the Baja Championship and we are third overall and half a point behind Saleh Al-Saif,” said Al-Thefiri. “Our programme is to compete in all the rounds, finish the championship and try and be champions in T4.

“I decided to do this championship because three rounds are in the Middle East, so I want to make the maximum out of it. This is also a plus for the drivers in the region to be able to take part in this championship. I am part of a strong team at South Racing and have been amazed at the level of professionalism, regarding the set-up, and the organisation. The car is bullet-proof and comes close to the factory cars in terms of performance and specification.”

Pavel Lebedev, Saeed Al-Mouri and Laia Sanz have already scored points this season in T4 but none are present in Jordan. That leaves the door firmly open for Qatar’s Khalifa Saleh Al-Attiyah to challenge for a podium finish.

The brother of the illustrious Nasser Saleh Al-Attiyah – a three-time Dakar Rally winner and 13-time Jordan Rally winner – has already finished ninth overall in the T4 section at the Dakar this year and secured victory at the second of the Ha’il Bajas last December. The Doha-based driver will be partnered by the experienced Frenchman Xavier Panseri for the first time.

UAE-based Thomas Bell runs the car preparations company Sabertooth Motoring Adventure out of Autodrome Motor City in Dubai. He drives the fifth of the Can-Ams in Jordan alongside Spanish navigator Armand Monleón, the latter being a successful rally rider in his own right and the former winner of the China Grand Rally on a KTM.

The duo tackled the recent Sharqiyah International Baja and set some competitive times before their T4 challenge came to an abrupt end on a treacherously muddy section of terrain near the coast.

Tomorrow (Thursday), competitors will carry out their pre-event scrutineering and administration checks from 09.00hrs, after strict Covid-19 testing protocols were applied before individuals could gain access to the service park and rally headquarters.

Several of the top drivers and riders will then meet the media at the pre-event press conference on the Aqaba start podium from 18.25hrs, before the event gets underway from 19.39hrs on Thursday evening.

Competitors will then tackle two challenging sections of 210.72km and 112.9km on Friday and a further 236.06km through the deserts to the north of Aqaba on Saturday.

FIA T4 Championship – standings after round 3: 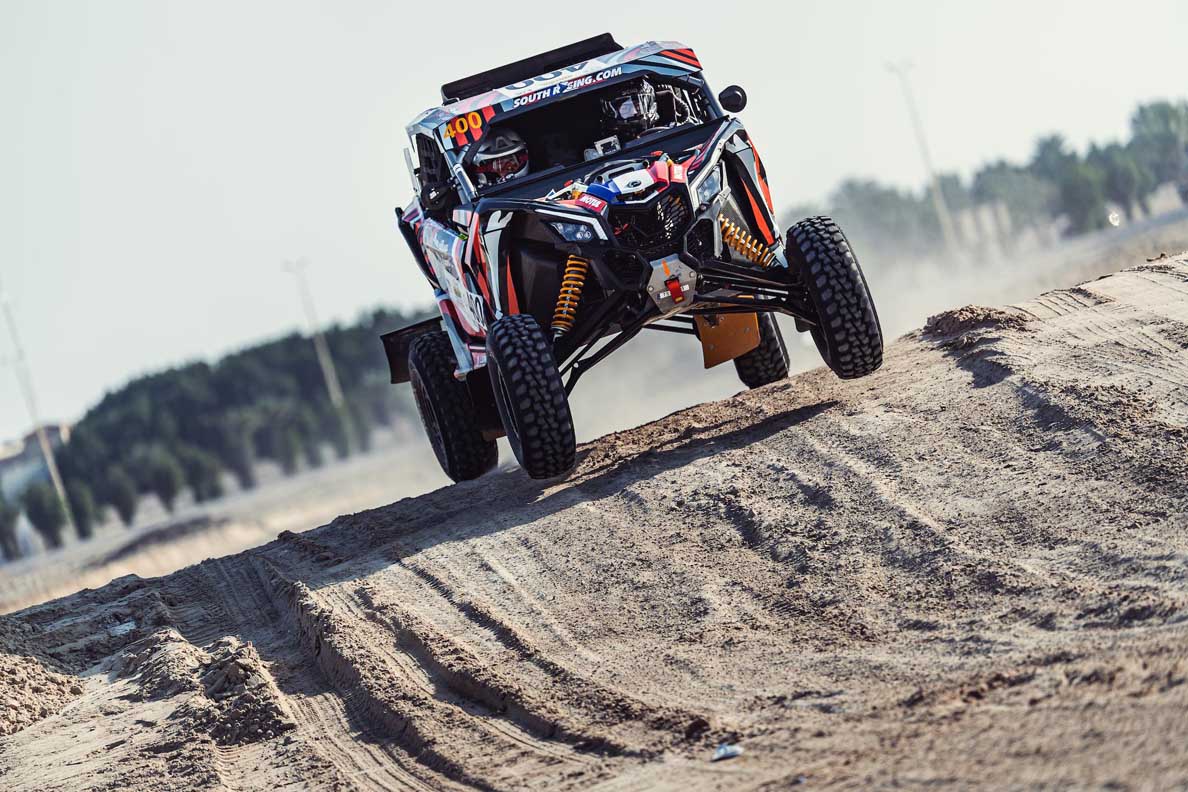 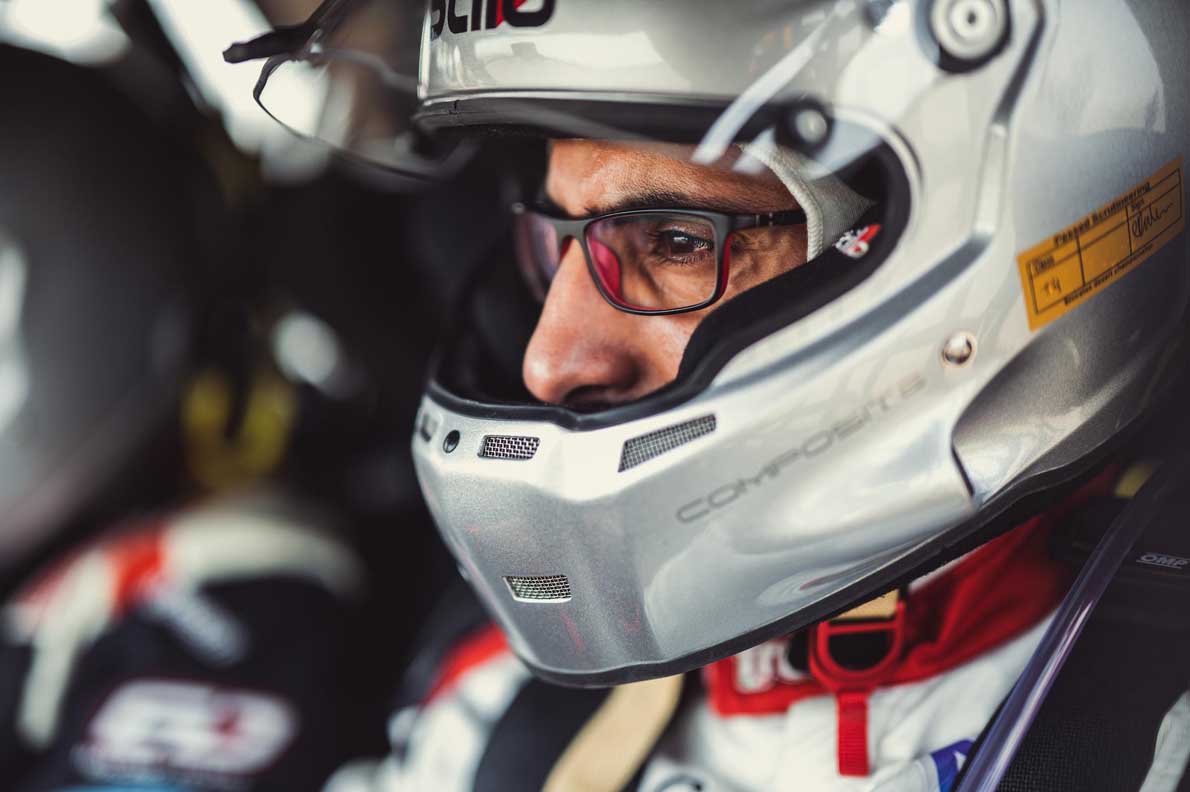