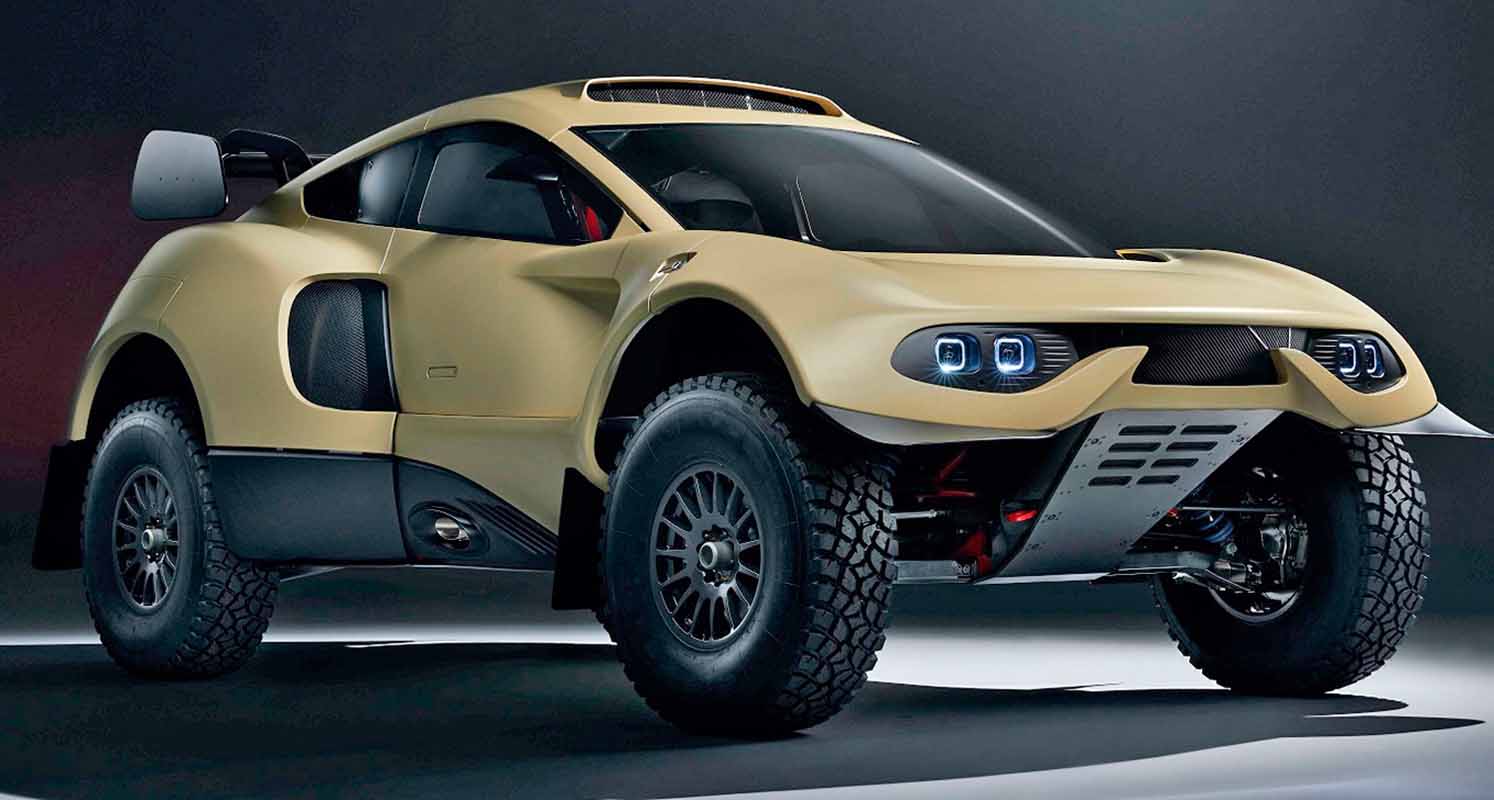 The World’s first all-terrain hypercar, designed to give a new dimension to off road driving, will be introduced to prospective buyers during a Middle East tour beginning in Bahrain this weekend to coincide with the F1 Grand Prix.

The Hunter, a 600 bhp, four-wheel drive all-terrain adventure vehicle with an unrivalled ability and performance across any landscape, is the product of a joint venture between UK based Prodrive and Mumtalakat of Bahrain.

It is born out of the Bahrain Raid Xtreme (BRX) competition car driven by Sebastien Loeb in the world’s toughest motor sport race, the Dakar Rally in Saudi Arabia.

The Hunter thrives in desert sand, dunes and rough mountain tracks, yet is docile enough to drive in an urban environment.

Beginning in Bahrain, the first development vehicle is touring the Middle East where customers are being offered the opportunity to drive the Hunter and confirm their personal specification for production vehicles to be delivered later this year.

The Hunter is even more powerful than the version driven by Loeb, with a 50% increase in power from the 3.5 litre V6 twin turbo engine and more suspension travel to absorb the harshest of terrain.

But while the car is even faster and more capable than the race car, it is also more refined. Ian Callum, who styled the exterior of the original competition car, has returned to the project to create a new interior more in keeping with every day use than racing.

A digital display gives the driver all the important information they need, while the centre console houses the more traditional controls found on a road car.

The Hunter is the product of over 40 years of successful off road competition at Prodrive whose chairman, David Richards, said: “There are numerous hypercars on the market, however they all need good roads or even race tracks to show their performance.

“We identified that in certain parts of the world, particularly the Middle East, there are vast expanses still to be explored that go way beyond the access provided by asphalt roads. Therefore why not create a vehicle that gives the opportunity to explore these regions with performance way beyond that offered by any off-road vehicle before.”

The Hunter retains the Dakar competition car’s engine, drivetrain and suspension, but to improve driveability, the manual sequential gear box has been replaced by a six speed paddle shift, giving a smooth gear change in just milliseconds.

As the hypercar does not have to comply with strict competition regulations, power has been increased by more than 50%. The 3.5 litre twin turbo V6 has been refined and retuned on Prodrive’s advanced transient dyno in Banbury, UK to produce over 600bhp and 700 Nm of torque while making its power delivery smoother and easier to drive. 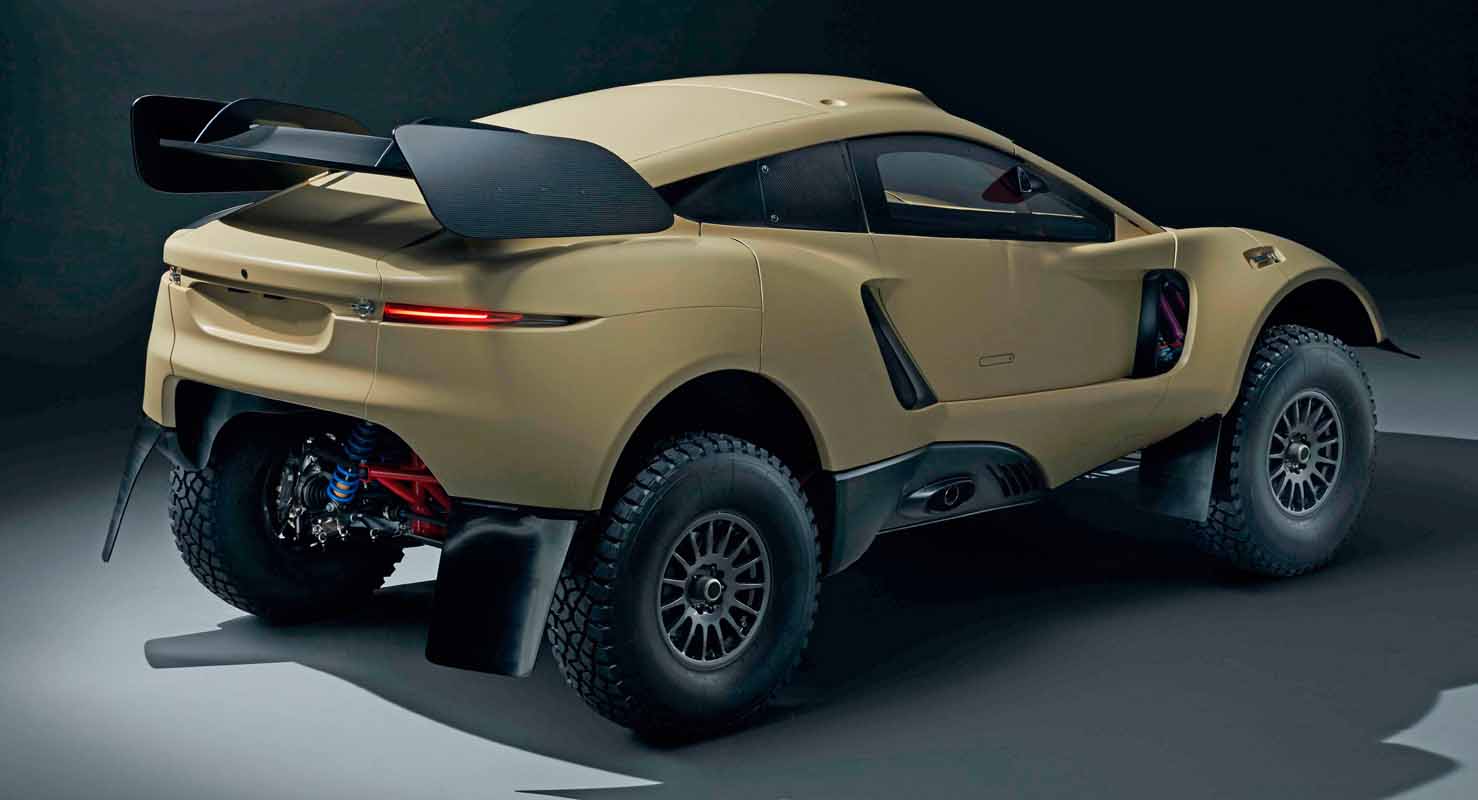 Prodrive estimates that this would give it a 0-100 kph time in less than four seconds and a top speed of nearly 300 kph. However, the vehicle is fitted with bespoke 35” off-road tyres designed to optimise grip over rough terrain and sand rather than on tarmac.

Richards said: “We took the deliberate decision to keep the Hunter Hypercar as close to the original as possible. It’s about giving owners the opportunity to experience what it is like to drive Loeb’s Dakar car across the desert, but with all the comforts of a road car and the ability to drive it from your home, through a city, to any destination of your choice.”

The whole car is built around a high tensile steel space frame chassis, giving both a rigid platform to optimise the suspension geometry and performance within an FIA standard safety cage to protect the occupants.

The all-round double wishbone suspension with twin adjustable dampers on each corner has 400mm of travel – an increase from 350mm on the competition car – to give a smoother ride and even greater ability to cross the roughest terrain at speeds unimaginable in any other vehicle.  Six pot racing brake calipers and vented discs all round give it plenty of stopping power both on and off-road.

The vehicle has been designed to minimise overall weight and optimise the weight distribution and centre of gravity.  All the bodywork is made from lightweight carbon composite, which includes recycled materials produced by Prodrive Composites.

Richards said: “The first development vehicle is currently touring the Middle East, where customers are being offered the opportunity of driving the Hunter and confirming their personal specification for production vehicles to be delivered later this year.”

Bahrain Raid Extreme is a partnership between Bahrain Mumtalakat Holding Company “Mumtalakat”, the sovereign wealth fund of the Kingdom of Bahrain, and world-leading motorsport business, Prodrive. 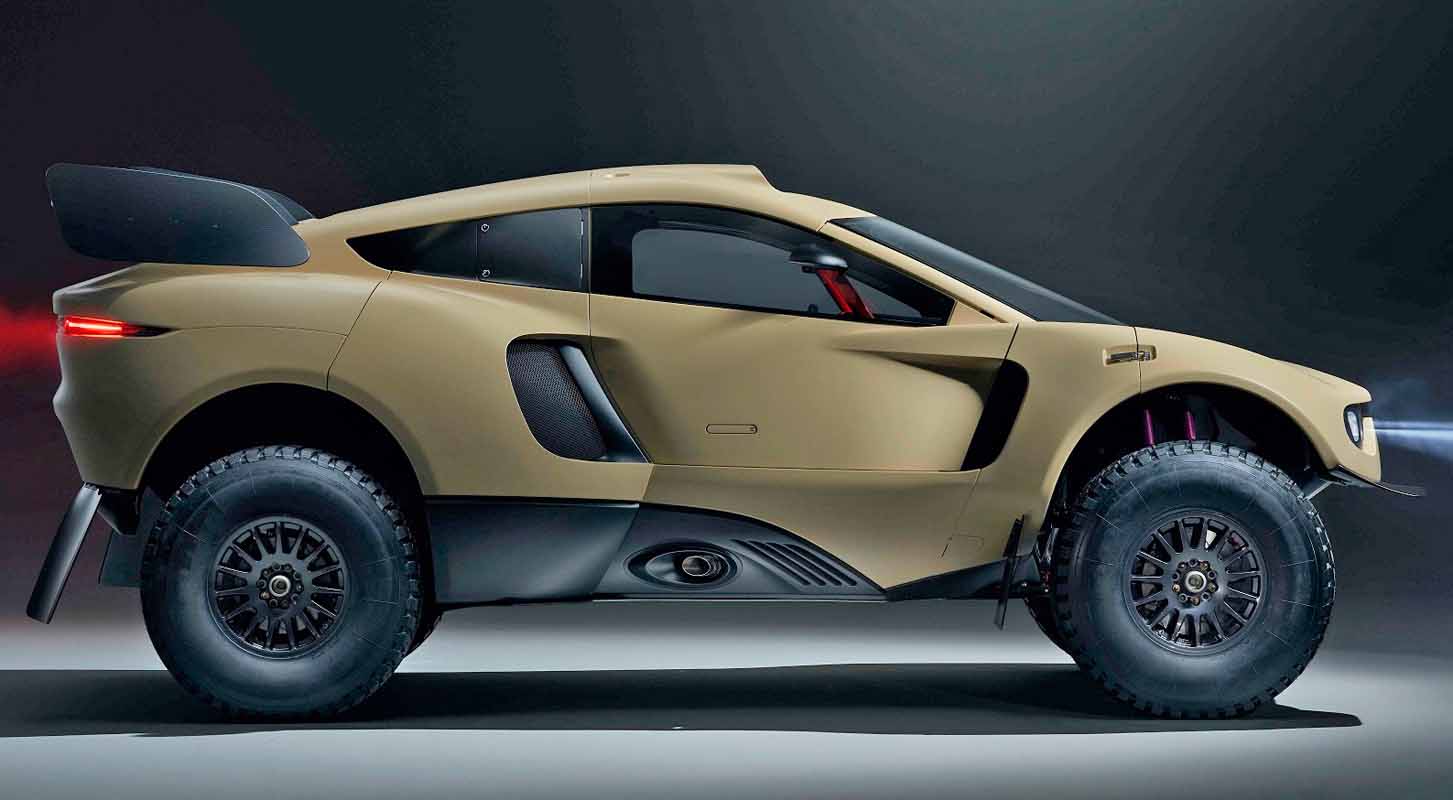 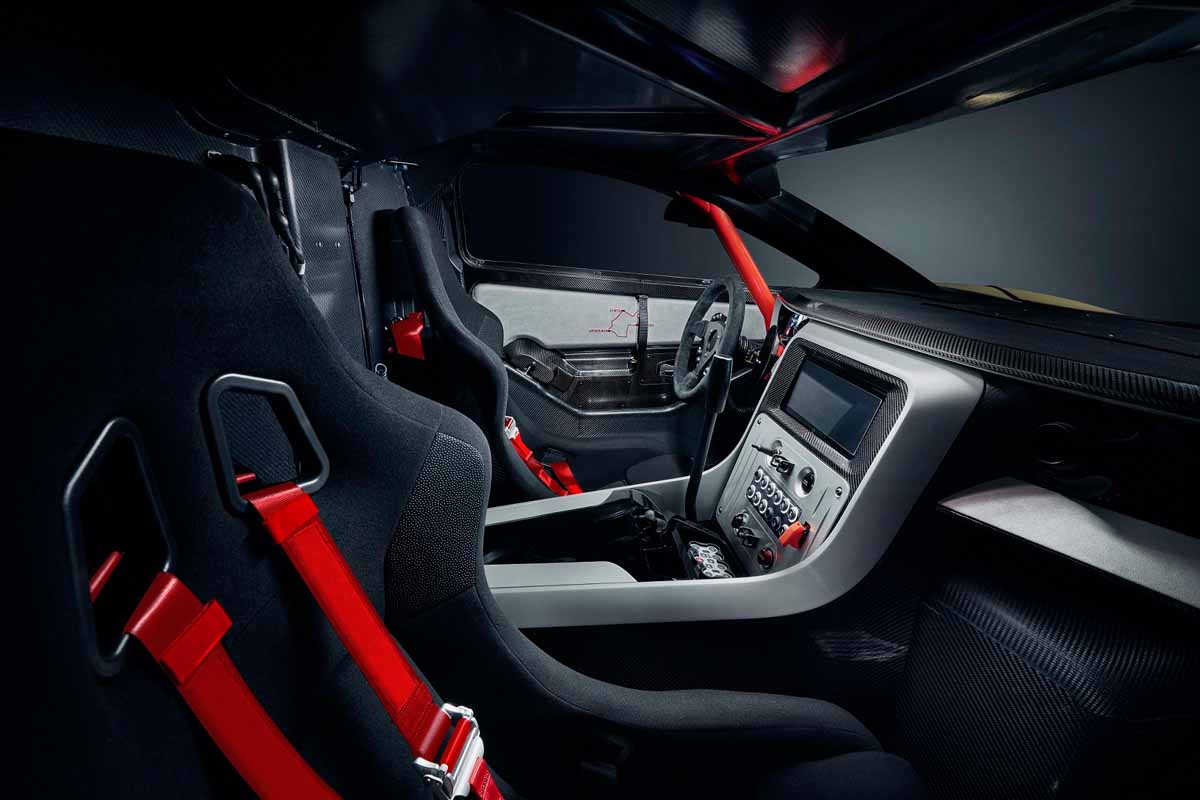 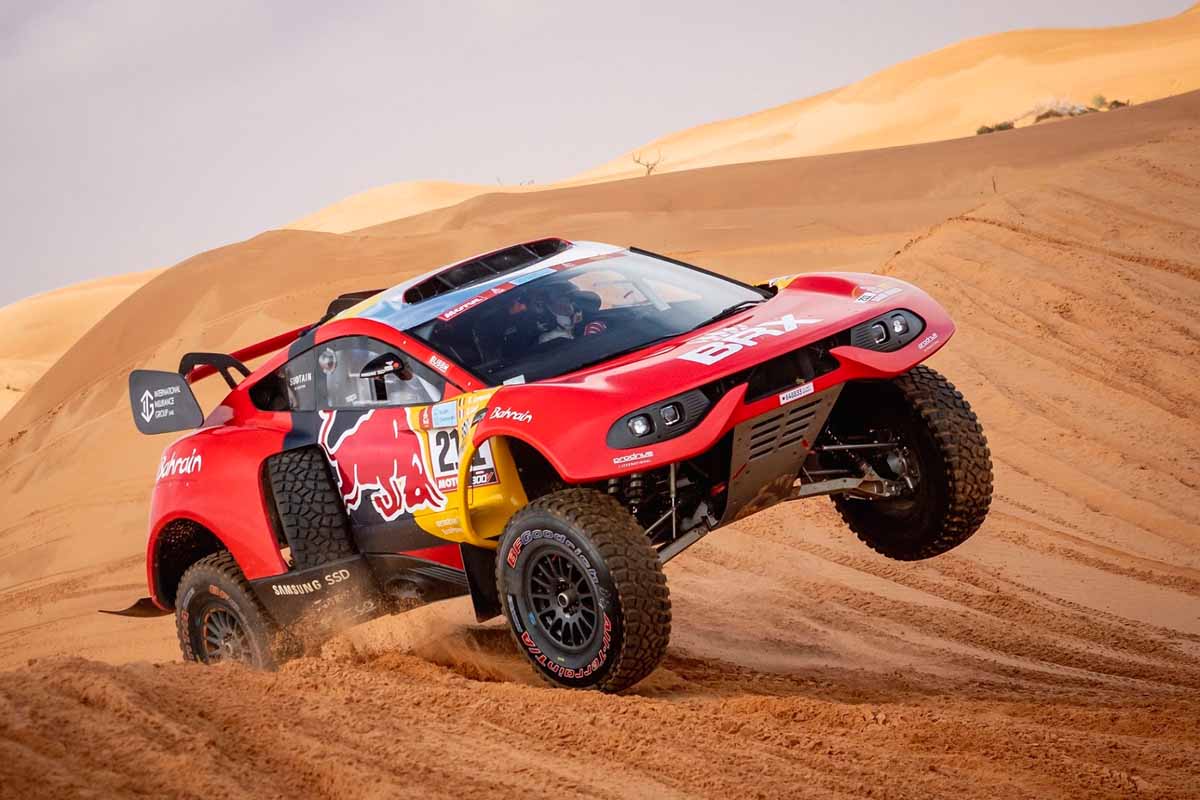 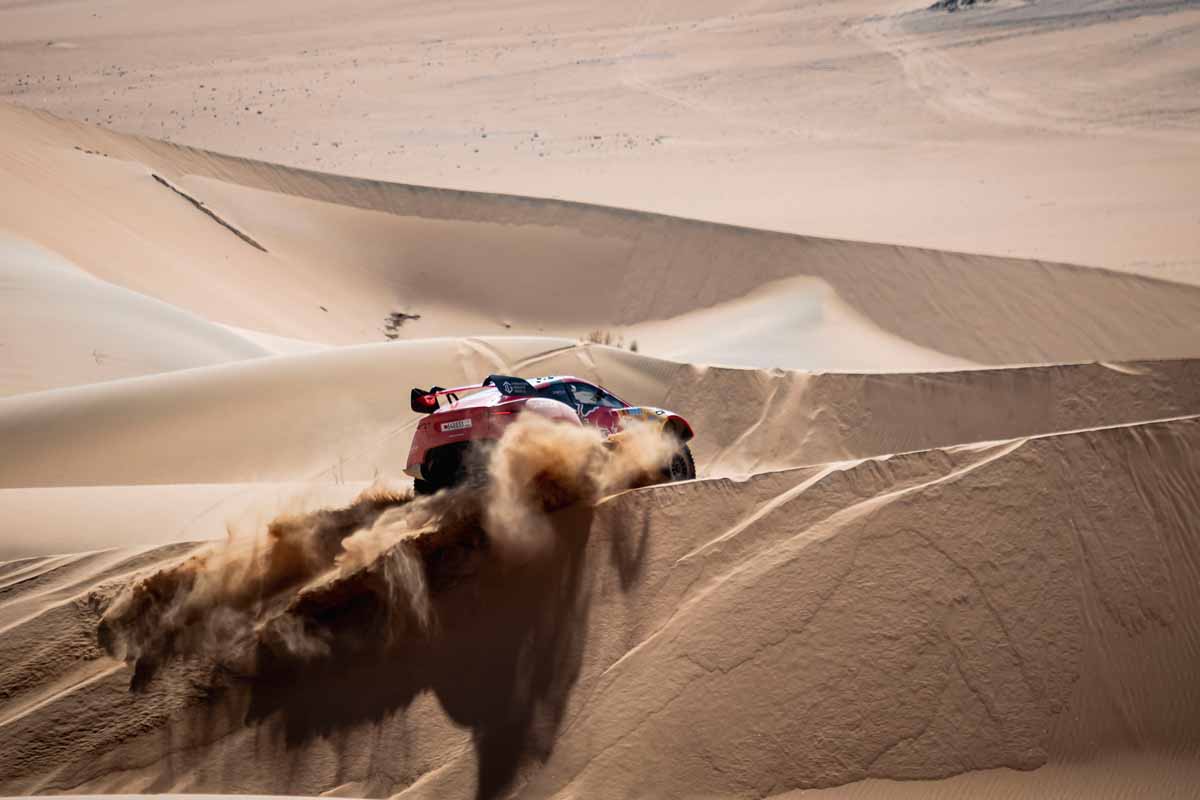 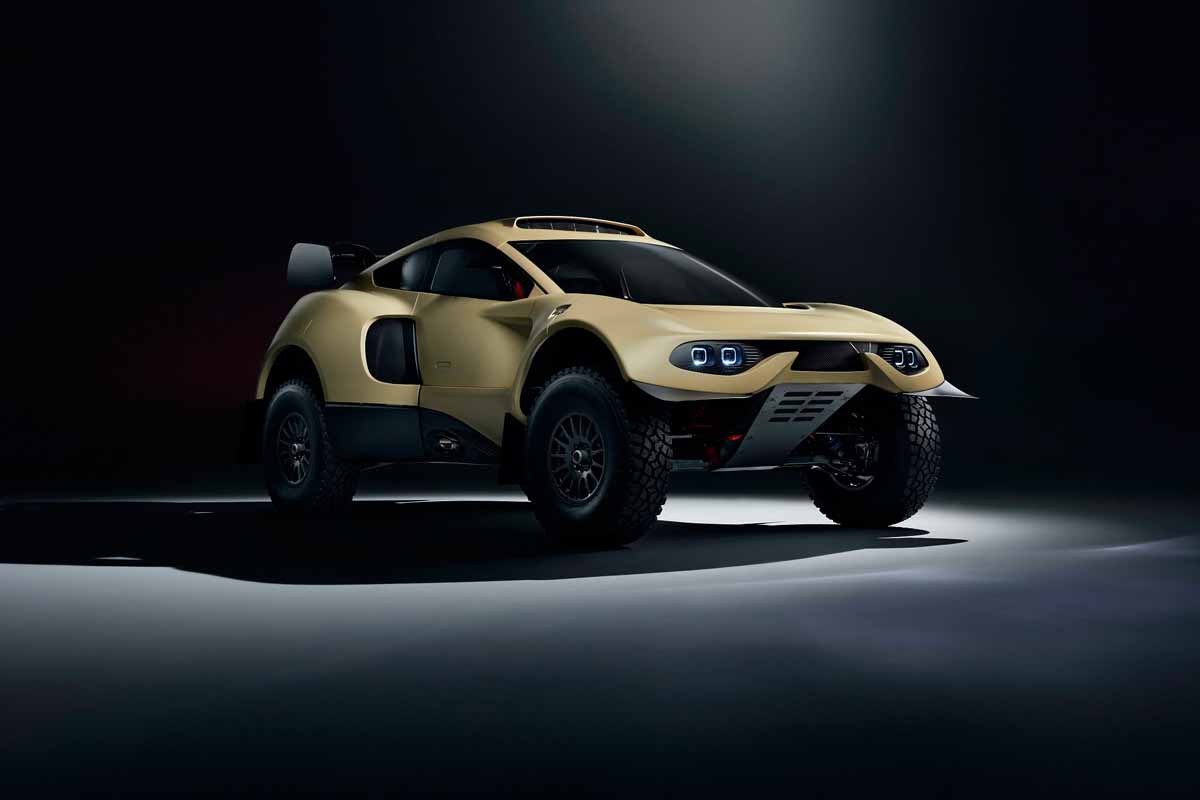 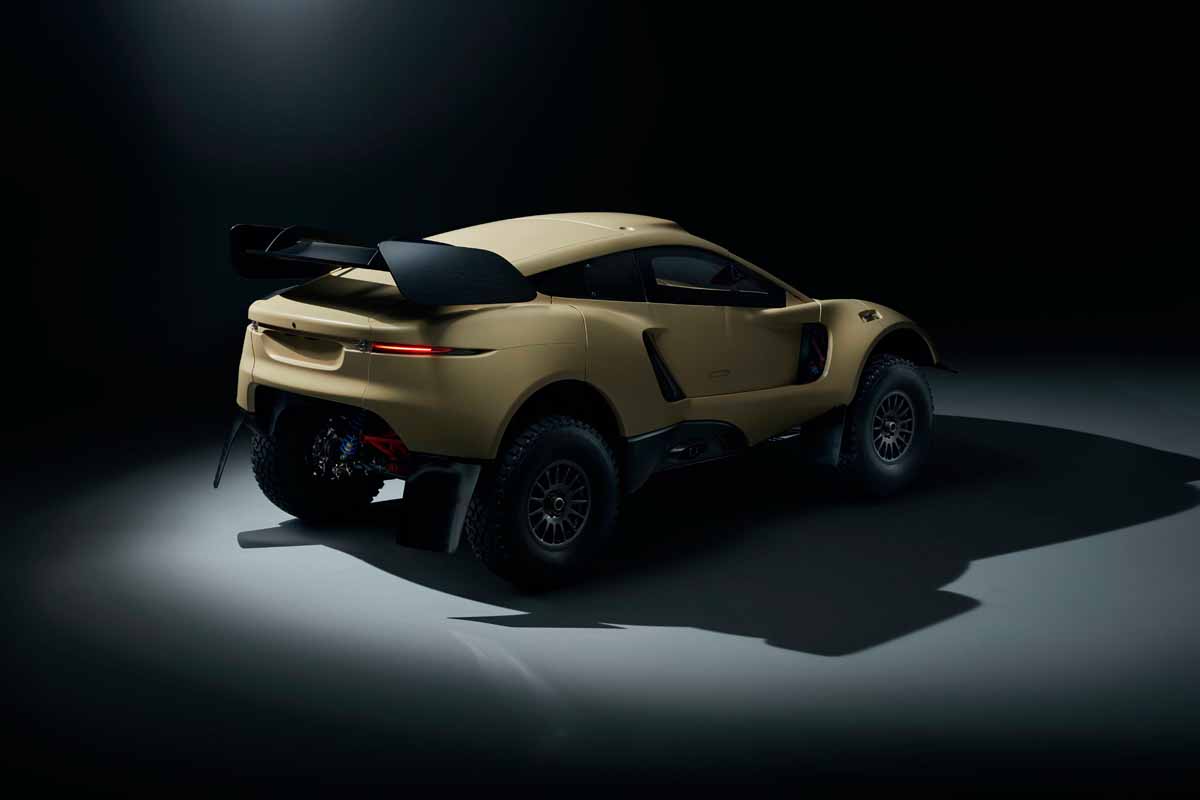 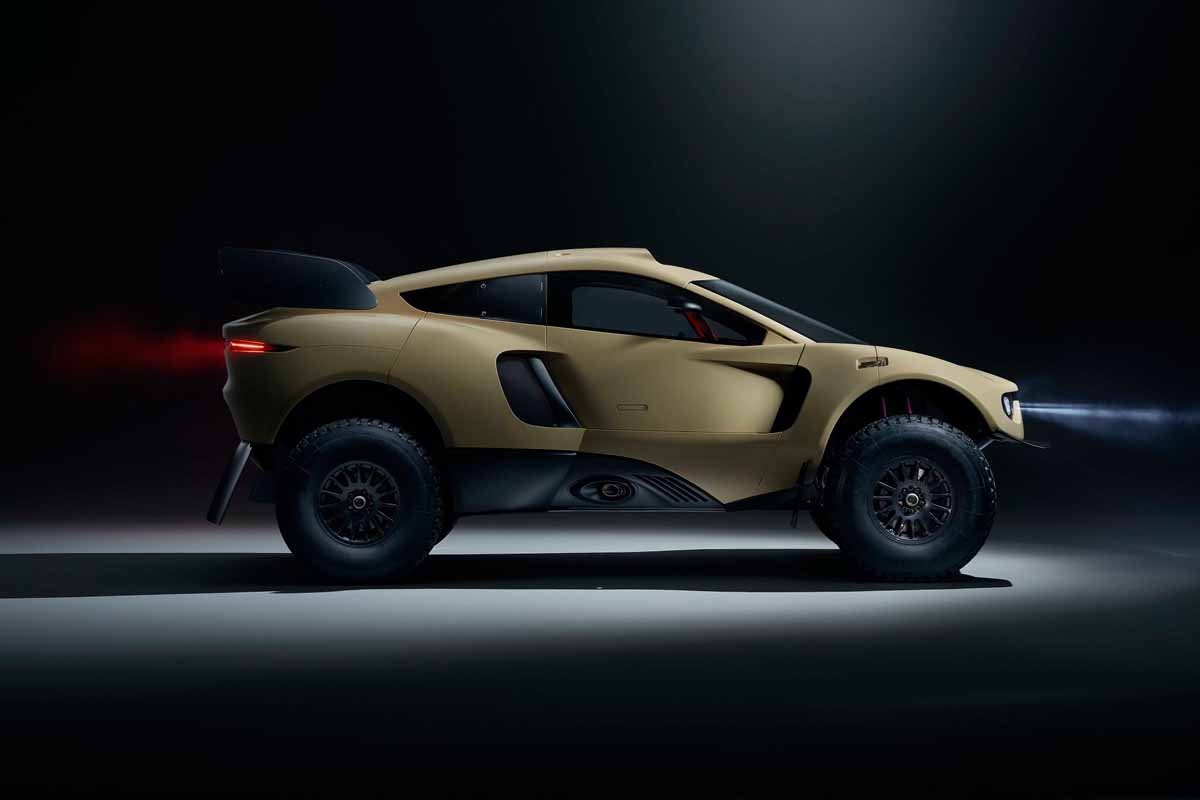