Audi Quattro – The History The Origins And The Facts 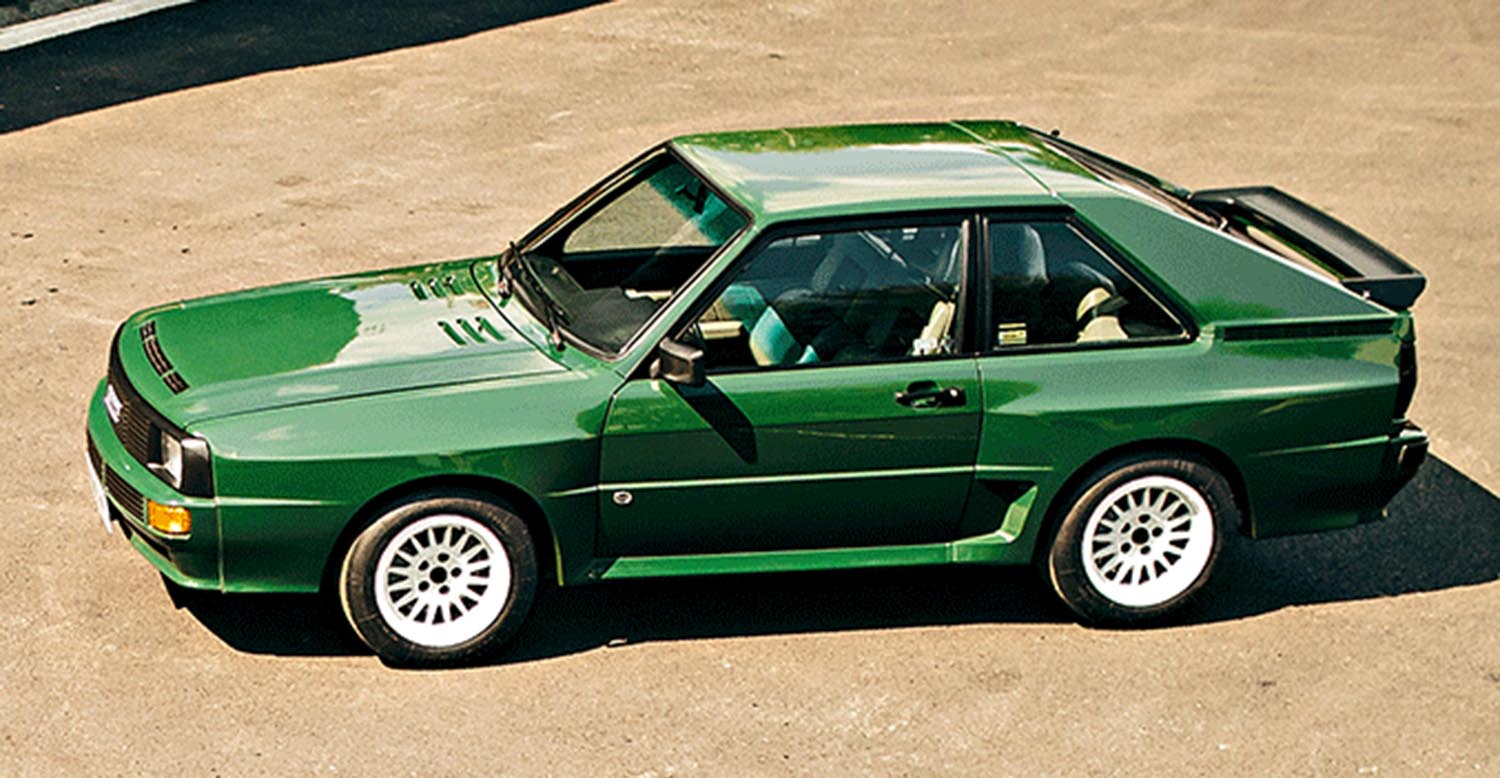 The origins of quattro technology can be traced back to the winter of 1976‑77, when a group of Audi engineers conducted test drives in the deep snow in Sweden. An Iltis traveled along for comparison purposes – despite its output of a mere 55 kW (75 hp), the leggy military all-terrain vehicle easily outdid the much more powerful Audi prototypes with their front-wheel drive systems.

Audi’s solution, which made quattro technology possible in the first place, was the hollow shaft – a drilled-out, 263 millimeter (10.4 in) secondary shaft in the transmission through which power flowed in two directions. It drove the housing of the center differential from its rearmost end. The differential sent 50 percent of the power along the propshaft to the rear axle, which was equipped with a locking differential. The other half of the drive torque was transferred to the front axle’s differential along an output shaft rotating inside the hollow secondary shaft.

The hollow shaft permitted all-wheel drive that was virtually tension-free, light, compact and efficient, and that operated without the need for a heavy transfer case or second propshaft. The quattro concept was no longer suitable just for slow all-terrain vehicles, but in particular for sporty automobiles and high-volume production.

1980: debut of the Ur‑quattro
The revolutionary technology made a dazzling debut at the 1980 International Geneva Motor Show in the new Audi quattro, a coupe with a boxy shape and 147 kW (200 hp). Originally planned for only low-volume production, high demand led to the Ur‑quattro being produced as a production model; repeatedly upgraded, it remained in the model lineup until 1991. In 1984, Audi added the exclusive Sport quattro with 225 kW (306 hp).

In 1986, Audi replaced the manual-locking center differential of the first generation with the Torsen differential (Torsen = torque sensing). The worm gear transmission was capable of variable distribution of drive torque. The next big step came in 2005 with the planetary drive that offered asymmetrical, dynamic distribution of the power.

In parallel, Audi further expanded its line of quattro models. The decision was made back in the early 1980s to offer the quattro drive system in every model line; the new models were important milestones on Audi’s path to the premium segment in the market. The first TDI with permanent all-wheel drive appeared in 1995; four years later the technology moved into the compact segment.

The quattro drive has been a technical core area and pillar of Audi for 40 years now. The great success story ranges from the manually lockable center differential in 1980 to the three electric motors that drive the new S models in Audi’s e-tron product line. Four rings and four driven wheels, 40 figures from 40 years – a small collection of facts that not everybody knows. 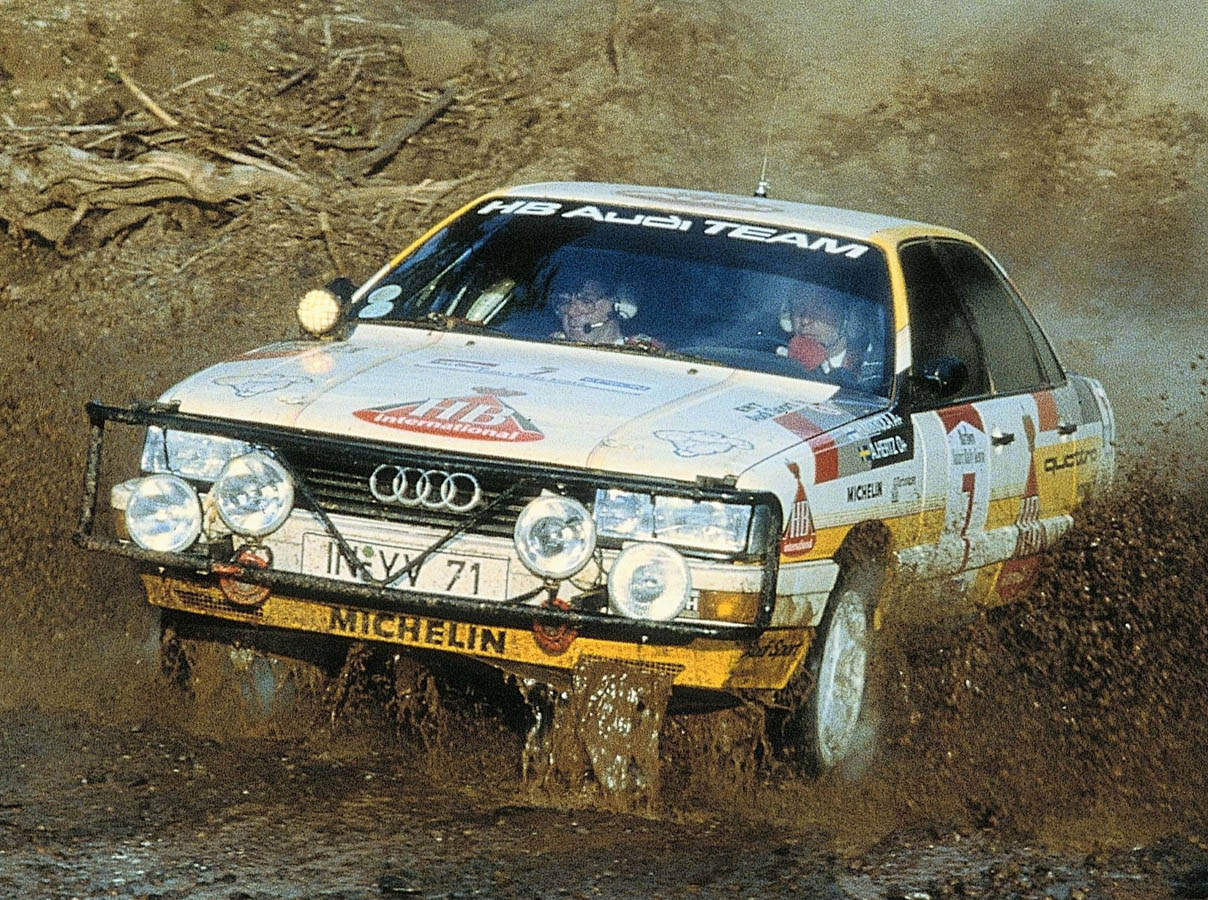 The quattro drive has been a technical core area and pillar of Audi for 40 years now. The great success story ranges from the manually lockable center differential in 1980 to the three electric motors that drive the new S models in Audi’s e-tron product line. Four rings and four driven wheels, 40 figures from 40 years – a small collection of facts that not everybody knows.

0 clutches and differentials are at work in the Audi e-tron and in the e-tron Sportback. The fully electric SUV models utilize electric all-wheel drive, whereby the electric motors implement all quattro functions.

3 times in a row, the Audi R18 e-tron quattro won the Le Mans 24-hour race between 2012 and 2014. A V6 TDI drove the rear wheels, while a flywheel accumulator supplied recuperated energy to two electric motors on the front axle. As a result, the race car was able to utilize this temporary quattro drive system during acceleration.

4 different all-wheel drive clutches and 4 different center differentials are in use across the entire Audi model range. The self-locking center differential was designed for the models with longitudinally mounted front engines and eight-speed tiptronic. In some engine versions, it works with the sport differential on the rear axle, which distributes the drive torques between the wheels depending on the driving situation. In the models with longitudinally mounted engines, the seven-speed S tronic partners with the quattro with ultra technology, which uses two clutches. In the compact Audi models with transverse engines, a hydraulically controlled multi-plate clutch takes charge, which sits on the rear axle for better weight distribution. The
R8 high-performance sports car also features a controlled multi-plate clutch, but in this case it is positioned on the front axle. 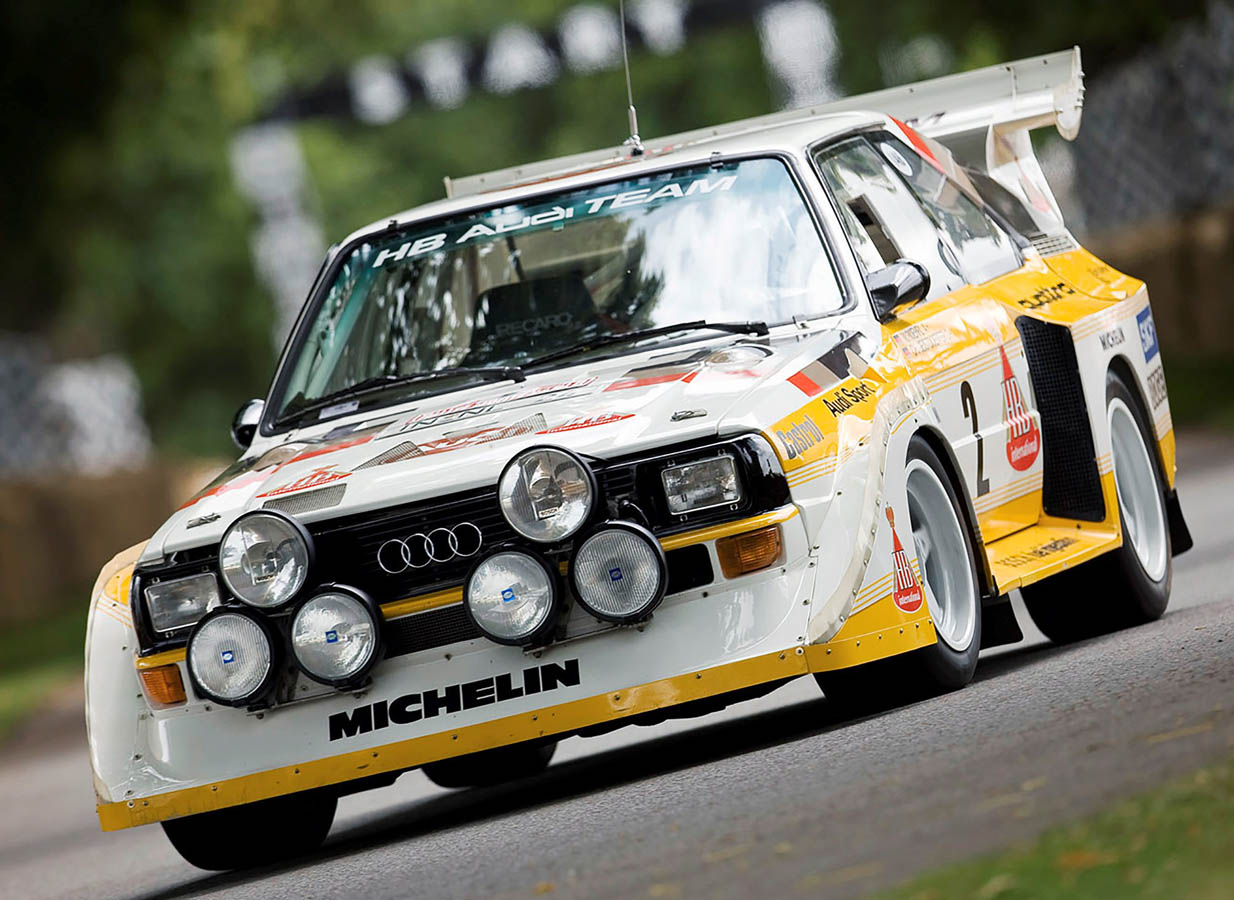 5 kilograms (11.0 lb) was the approximate weight of first self-locking Torsen center differential used in the original Audi quattro in 1986. The basic distribution was 50:50 between the front and rear axles. Today, the self-locking Torsen center differential in the models with longitudinally mounted engines weighs only around 3 kilograms (6.6 lb) and has a basic distribution of 40 percent to the front axle and 60 percent to the rear axle.

6 minutes and 29 seconds was the lead that Walter Röhrl held over the runner-up at the Rallye Sanremo in 1985 with the Sport quattro S1. In the last race of the season, the British RAC Rally, Röhrl used a dual-clutch transmission that was actuated pneumatically. A precursor of today’s S tronic, it was a real first at the time. Today’s electronic possibilities are what make the efficiency and functionality of our modern dual-clutch transmission and the active integration in the overall tuning of the car possible.

11 degrees was the steering angle the engineers chose for the rear wheels in an experimental all-wheel steering design in a quattro prototype in 1984. Today, top Audi models such as the RS 6 Avant are equipped with dynamic all-wheel steering upon request. At low speeds, it turns the rear wheels a maximum of 5 degrees in the opposite direction to make maneuvering and parking easier, for example. At higher speeds, it turns them up to 2 degrees in the same direction in order to increase stability when changing lanes quickly, for example.

12 engineers assisted project manager Walter Treser in the development of the first Audi with permanent quattro drive from February 1977.

23 races were won by quattro drivers Michèle Mouton, Hannu Mikkola, Stig Blomqvist and Walter Röhrl in the Rally World Championship with Audi in the five years from 1981 to 1985. As a result, Audi was able to celebrate the superiority of the quattro principle in rallying.

32 S,RS and R models currently offered by Audi on the market. All of them have quattro drive as standard.

30 milliseconds is how long it takes for the Audi e-tron and e-tron Sportback to shift torque from the rear axle to the front axle. It takes three times as long for a human to blink. No mechanical clutch is engaged with the electric all-wheel drive; instead, electricity is simply distributed – and with lightning speed, too.

40 millimeters (1.6 in) is how much wider each of the wheel arches are on the Audi RS 6 Avant with its pronounced quattro blisters compared with the A6 Avant. The designers are thereby emphasizing the strong quattro character.

40:60 (front axle:rear axle) is the basic distribution of the self-locking center differential in Audi models with longitudinally mounted engines. When necessary, the center differential can divert up to 70 percent of the torque to the front, or up to 85 percent to the rear.

45.3 percent of all Audi customers worldwide opted for a quattro in 2019, i.e. almost half.

The 75th Geneva Motor Show was where Audi presented the original quattro for the first time on March 3, 1980. Internally, it had the designation model 85. 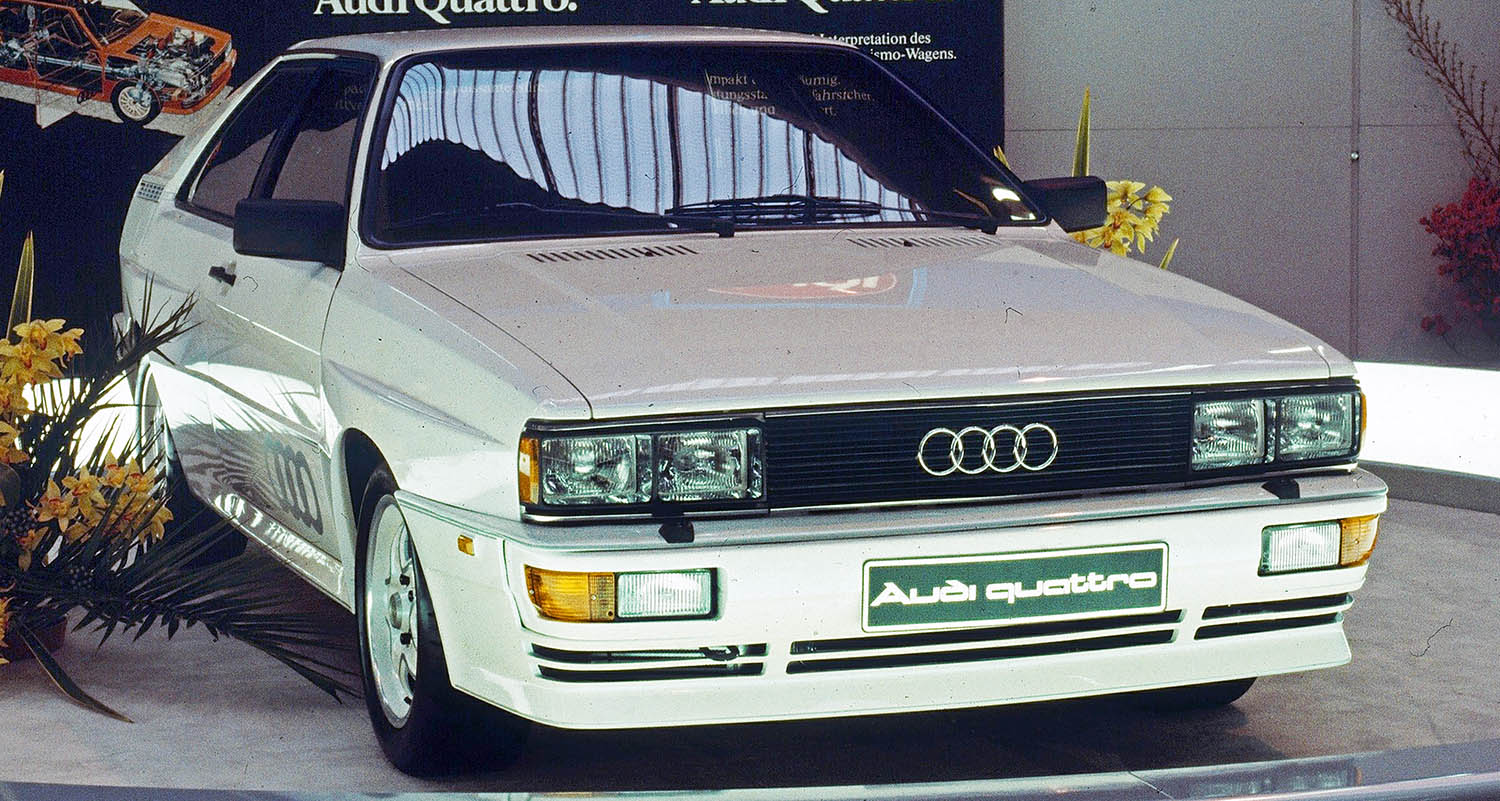 80 percent was the incline of the ski jump in Kaipola, Finland, where Audi filmed a legendary commercial in 1986. Professional rally driver Harald Demuth mastered the snow-covered 47-meter (154.2-ft) ascent in the Audi 100 CS quattro.

More than 80 percent of the roughly 20 models that Audi will present in 2020 will be launched on the market with at least one quattro variant.

92.2 percent of all cars that Audi delivered to customers in Canada in 2019 had a quattro drive. As a result, the country in North America has the highest proportion of all-wheel drive cars in the world.

From 110 kW (150 PS) in the Q2 35 TDI quattro S tronic right through to 456 kW (620 PS) in the R8 V10 performance quattro supercar, Audi provides its customers with the benefits of permanent all-wheel drive throughout the entire model range.

Around 720 PS (530 kW) is what the five-cylinder-turbo in the Audi 90 quattro produced, which competed in the IMSA GTO series in 1989 – the 2.2-liter four-valve powerplant summoned no less than 329 PS from every liter (0.04 cu ft) of displacement. The drivers, Hurley Haywood and Hans-Joachim Stuck, won almost every second race in the North American series. Audi exploited the technical rules of the IMSA series to the full: A tubular trellis frame supported a greatly widened plastic body, while the tires were up to 360 millimeters (14.2 in) wide.

Up to 973 Nm (717.6 lb-ft) of torque is produced by the three electric motors in the Audi e-tron S and Audi e-tron S Sportback. The two fully electric SUV models achieve a power output of 370 kW (507 PS) in boost mode.

The winter of 1976/77 is when the idea of developing the quattro technology came about at Audi. A series of test drives in Scandinavia, in which a VW Iltis also took part, brought it about. On the snow-covered roads, the military all-terrain vehicle developed at Audi impressively demonstrated the potential of its all-wheel drive.

1981 was the year Audi officially entered the rallying scene for the first time with the quattro. Finishing around 21 minutes ahead of the competing cars, Franz Wittmann won the Jänner Rallye in Austria, which was part of the European Rally Championship. The local hero triumphed in all 31 special trials. Prior to that, in November 1980, a quattro had been used at the Algarve Rallye in Portugal as an unclassified but timed course car with tremendous success.

1984 was the most successful year for Audi’s quattro drivers in the Rally World Championship. They won the double – both the manufacturer’s and the driver’s titles – with Stig Blomqvist claiming the latter.

In 1988, the Audi 200 competed in the TransAm Series in America. Here too, the Four Rings topped the manufacturer’s and driver’s rankings at the first attempt. The quattro principle proved its superiority on the race circuit as well.

1994 saw Audi launch the RS 2 Avant on the market, the first ever RS model. Its quattro drive incorporated an electromechanically activated locking differential at the rear axle.

In 2007 the Audi R8 high-performance sports carlaunched on the market in its first generation. Its quattro drive was tailor-made: A cardan shaft ran from the transmission in the rear to an unregulated viscous coupling on the front axle. In its current generation, the R8 uses a controlled multi-plate clutch here.

2019 saw circuit and rallycross champion Mattias Ekström drive up part of the snow-covered “Streif” ski racing course at Kitzbühel. In an Audi e-tron quattro with three electric motors, he overcame an incline of up to 85 percent.

2,100 Nm (1548.9 lb-ft) is the approximate torque differential at wheel level that the rear wheels can develop in the fully electric Audi e-tron S and e-tron S Sportback when cornering at speed. Each of the two rear electric motors drives an individual wheel. Usually, the wheel on the outside of the curve receives significantly more torque than the unloaded inside wheel due to its greater traction. This increases driving dynamics and cornering speed considerably.

49,900 German marks was the base price of the original Audi quattro at its market launch in 1980. Porsche offered the 911 SC for the same price. 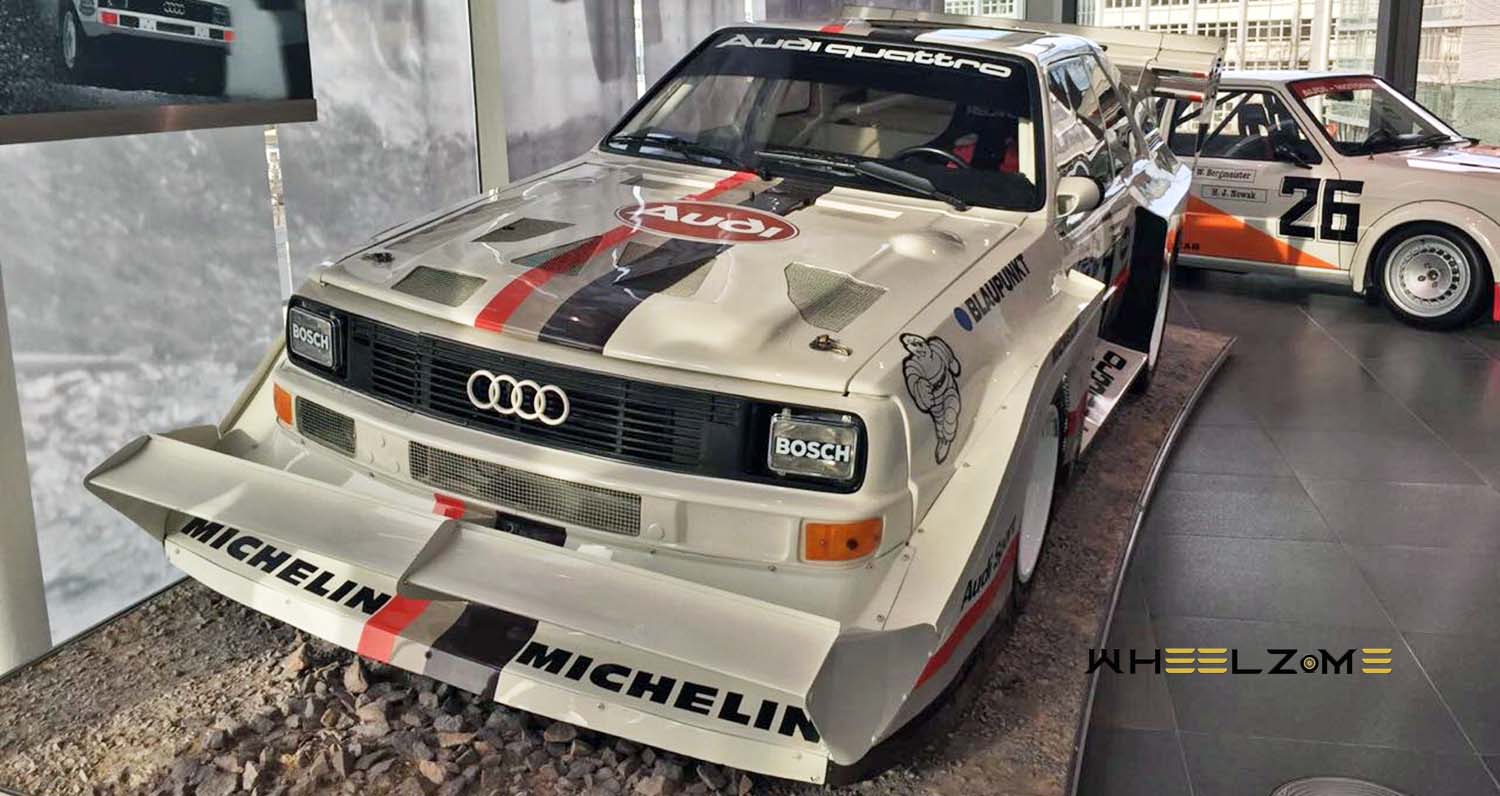 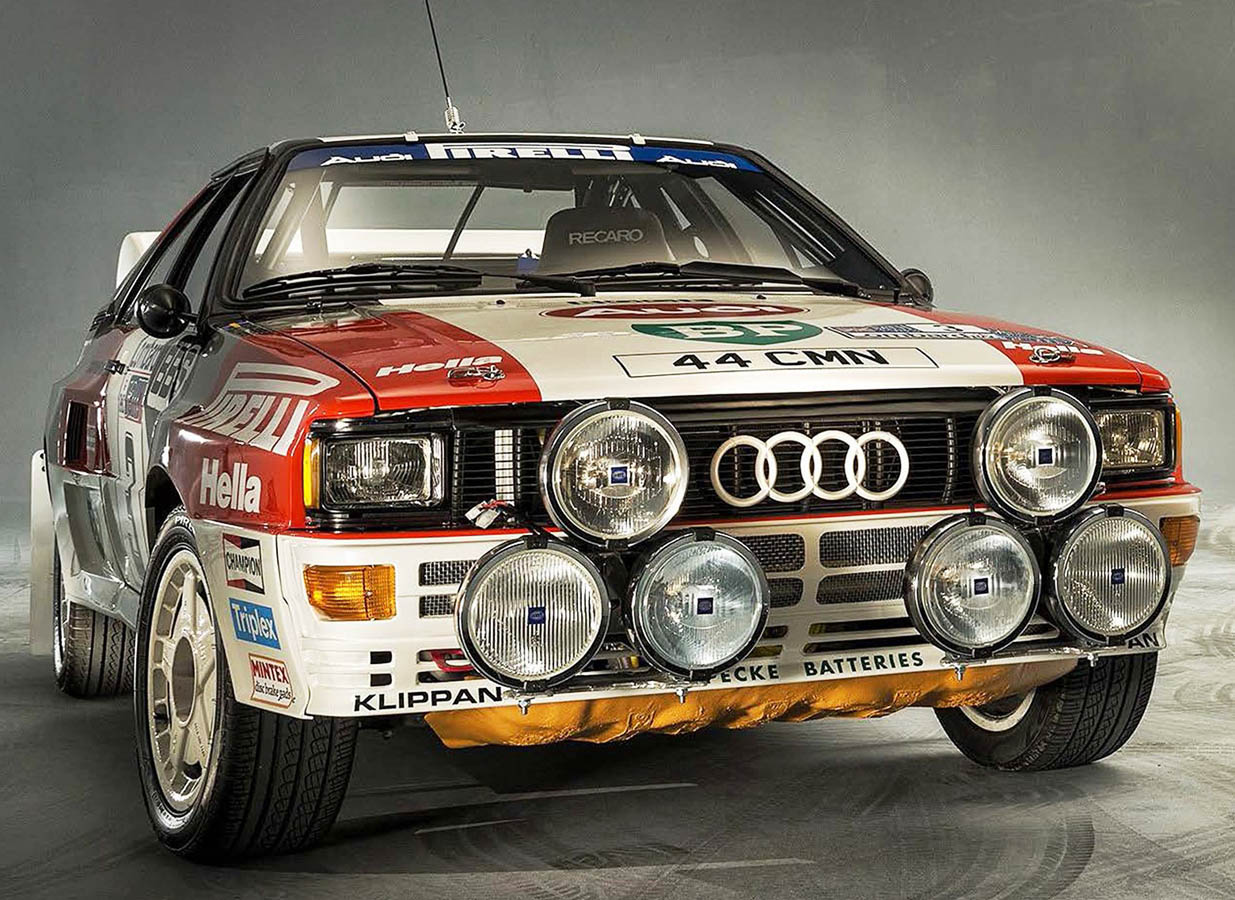 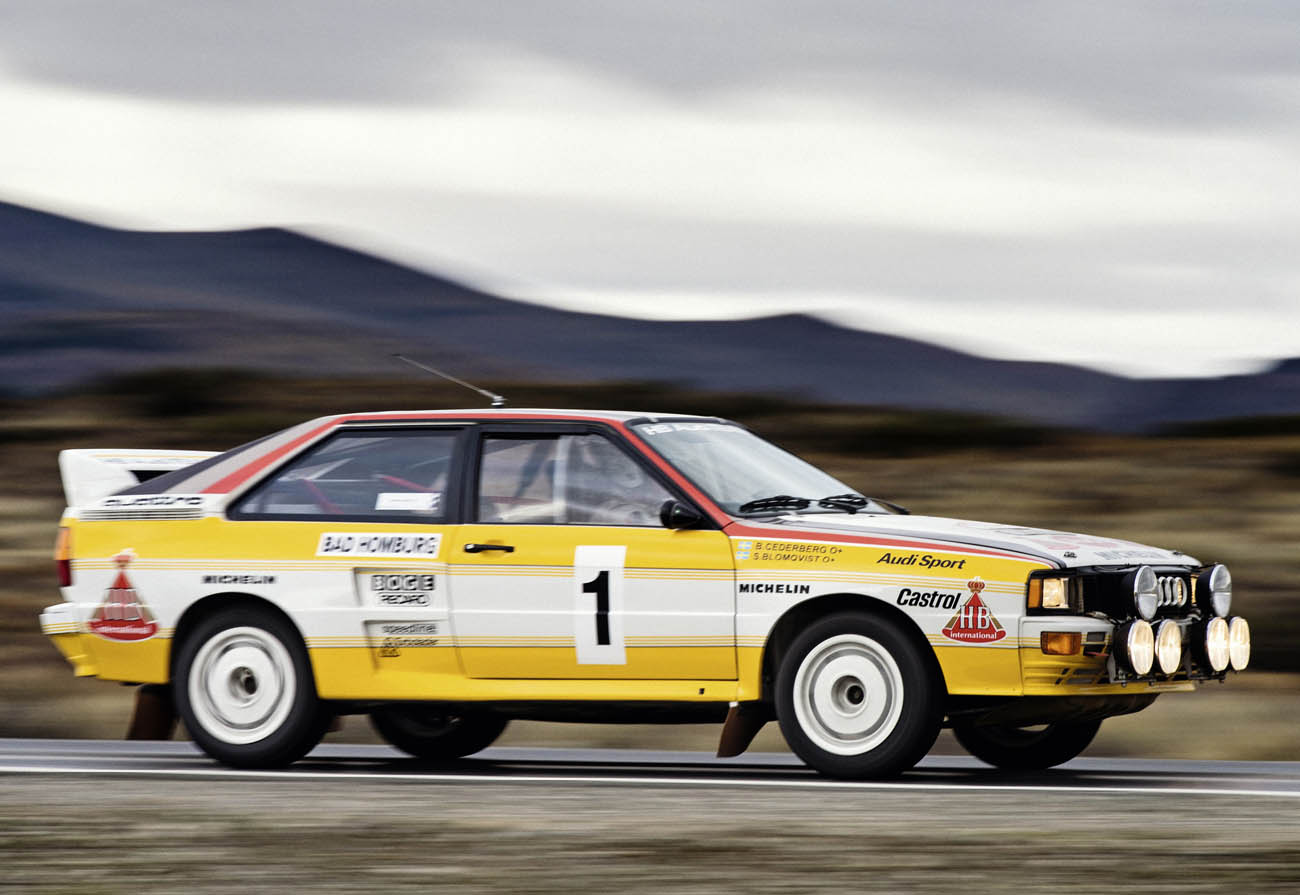 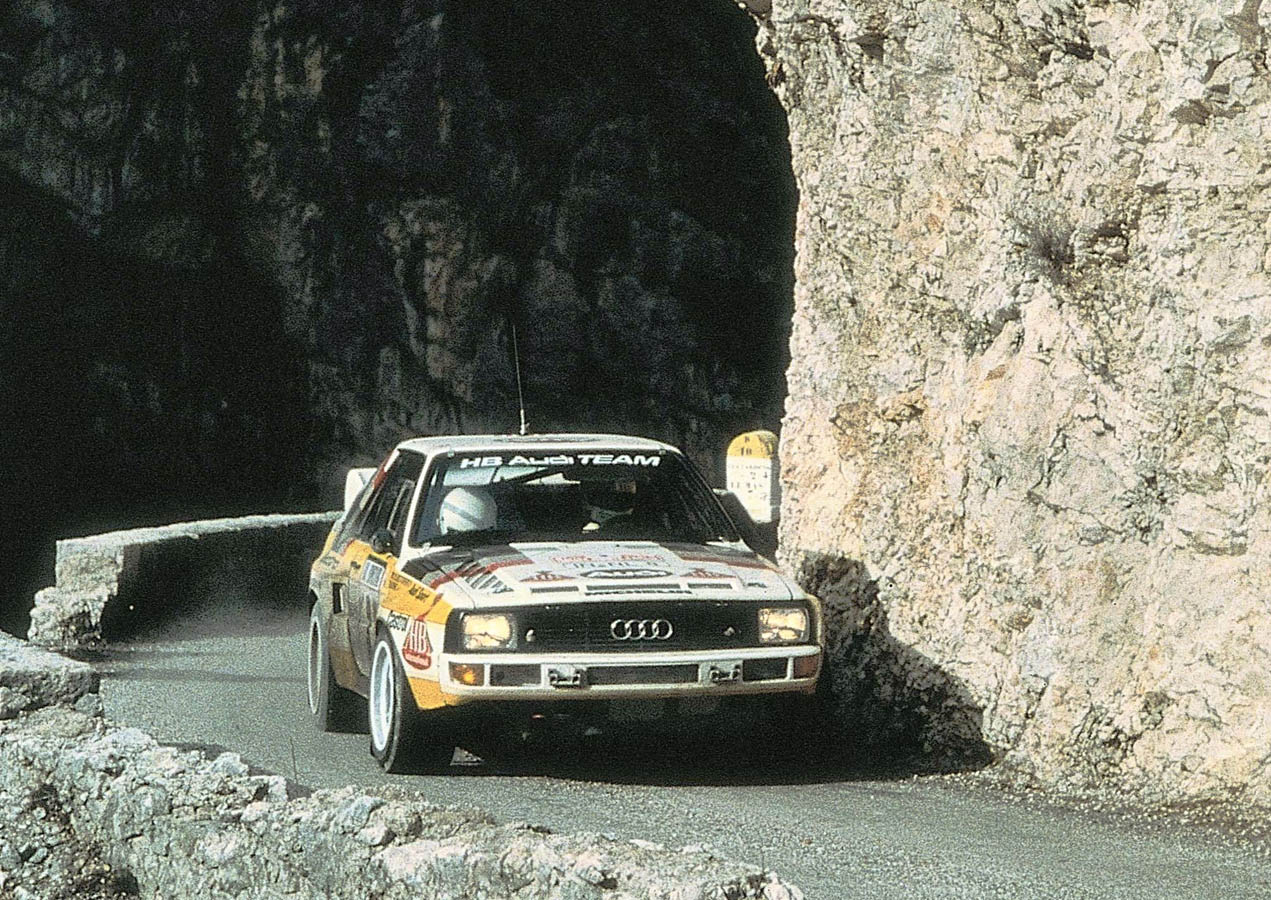 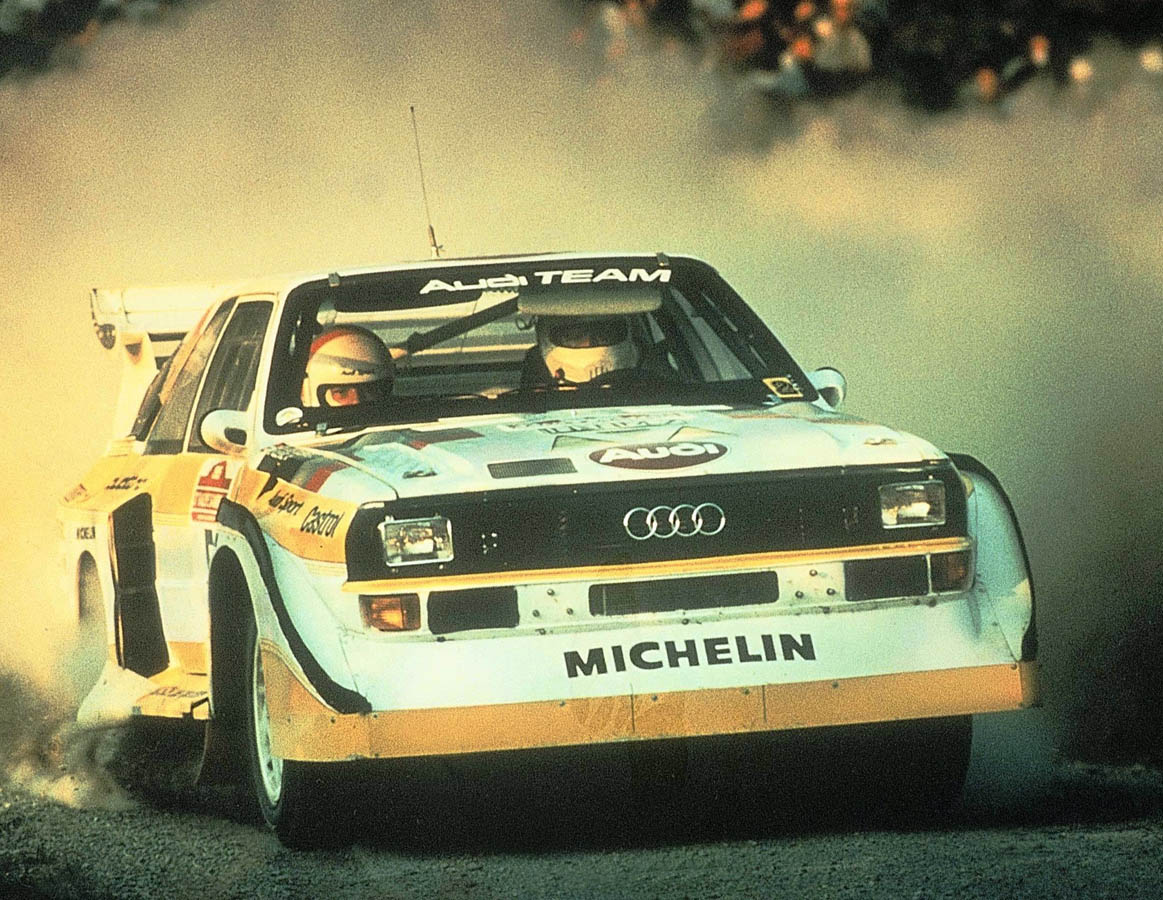 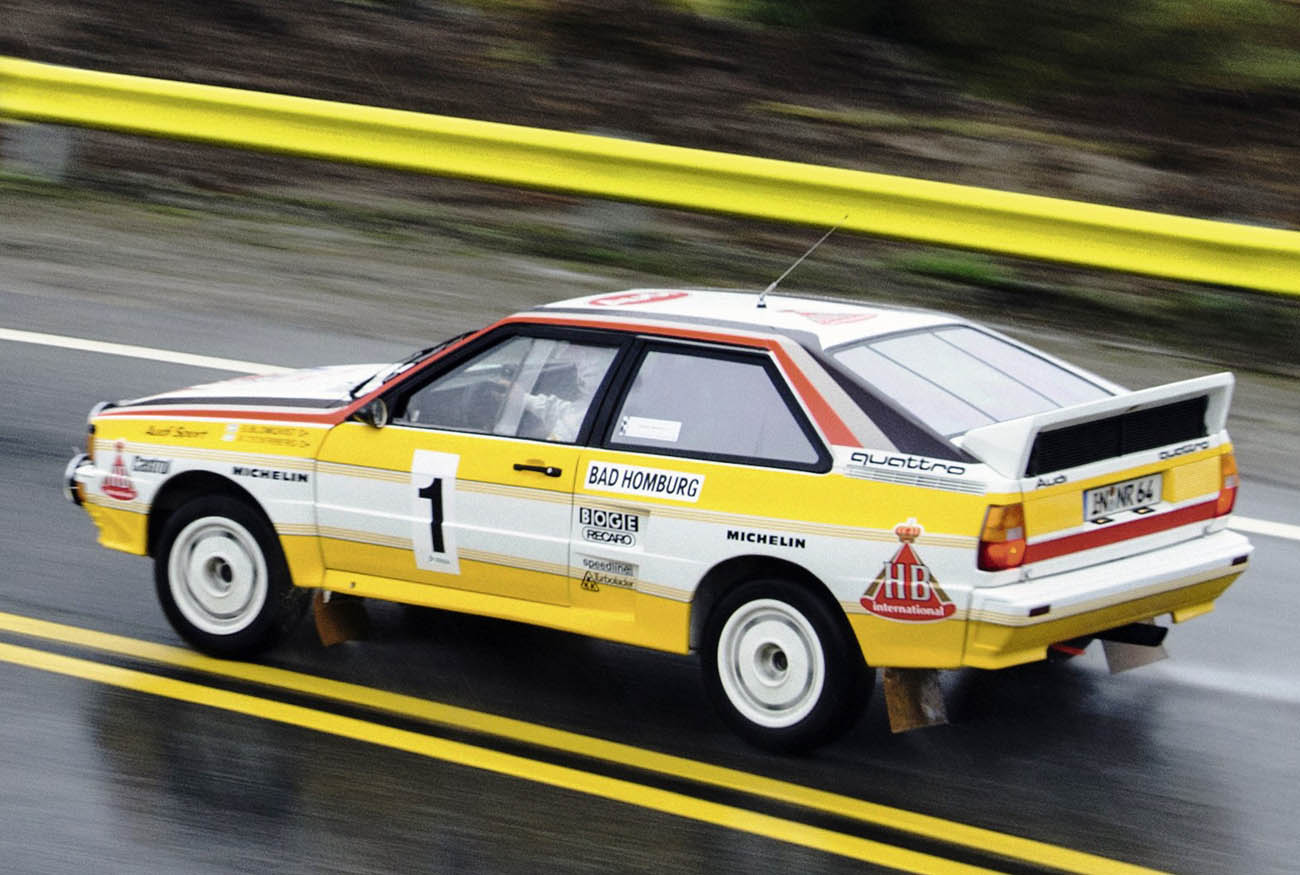 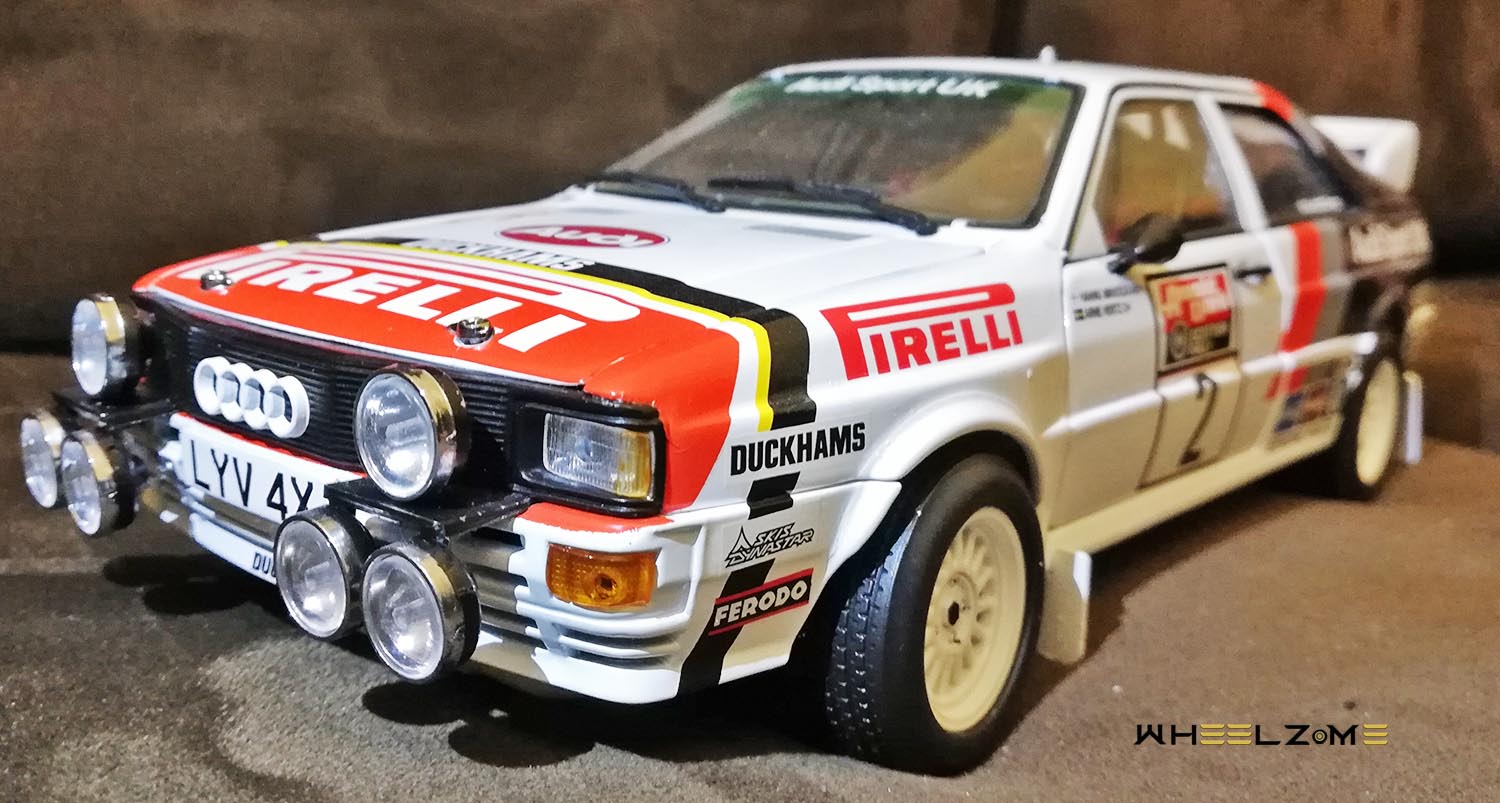 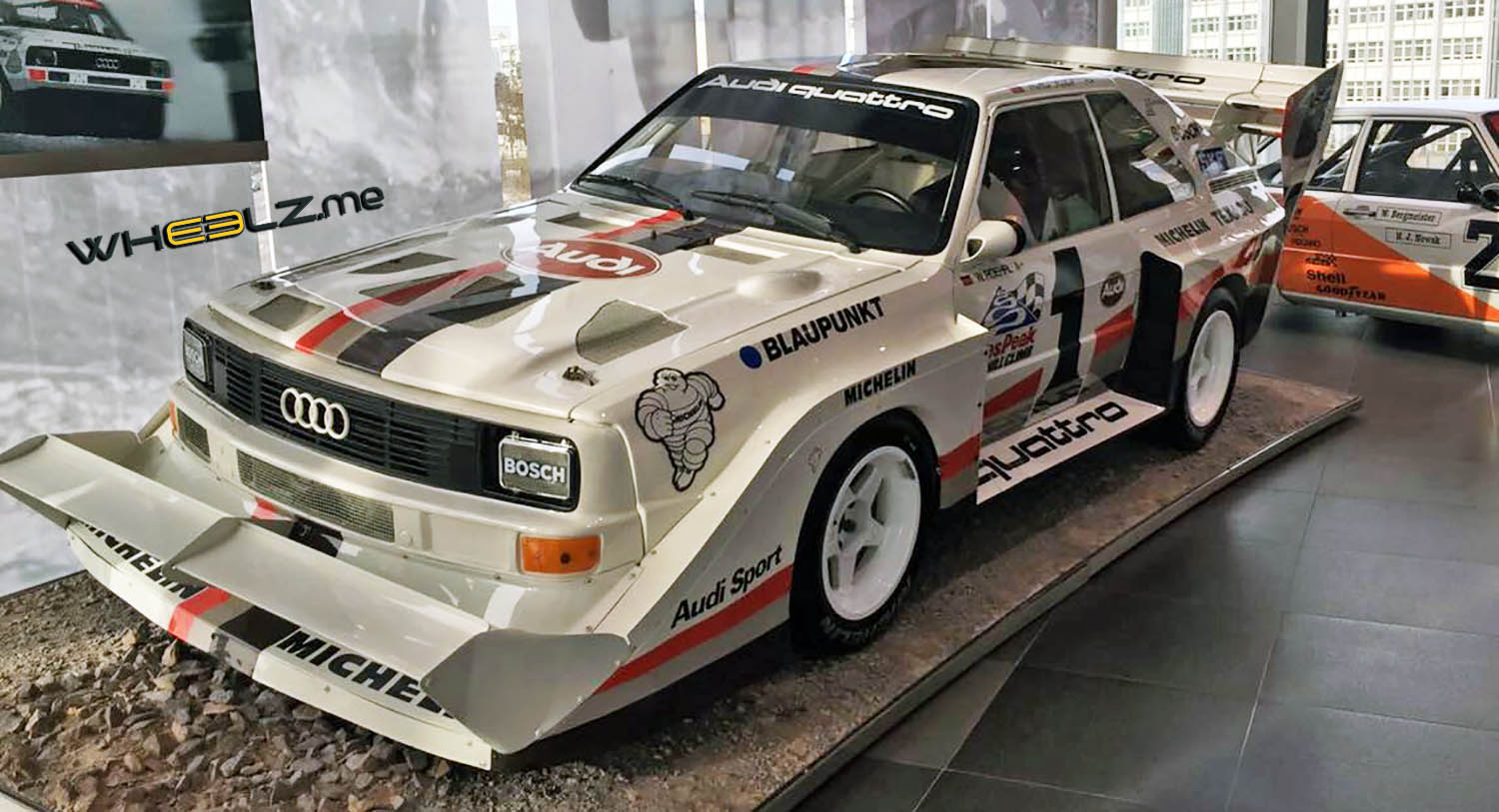 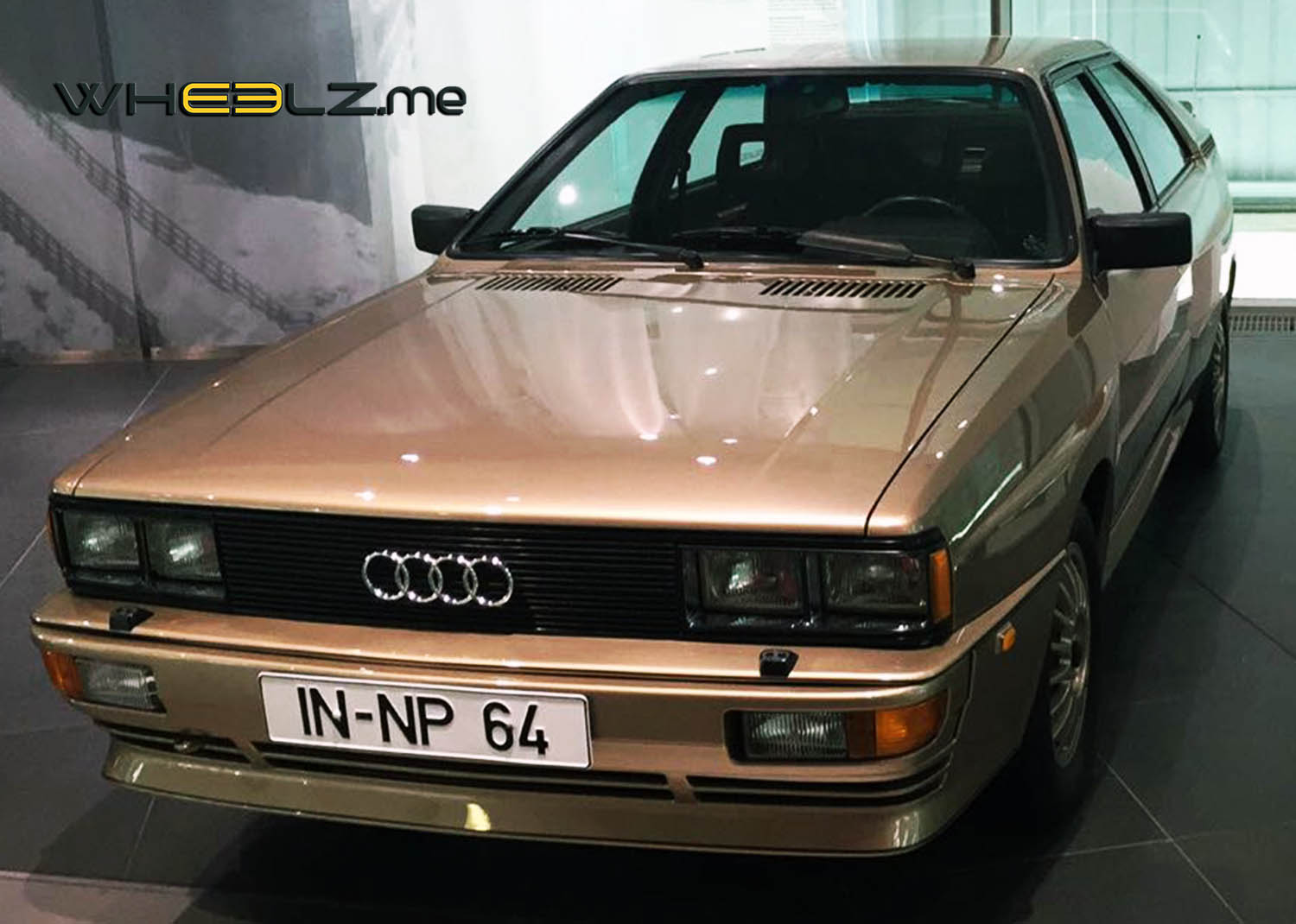 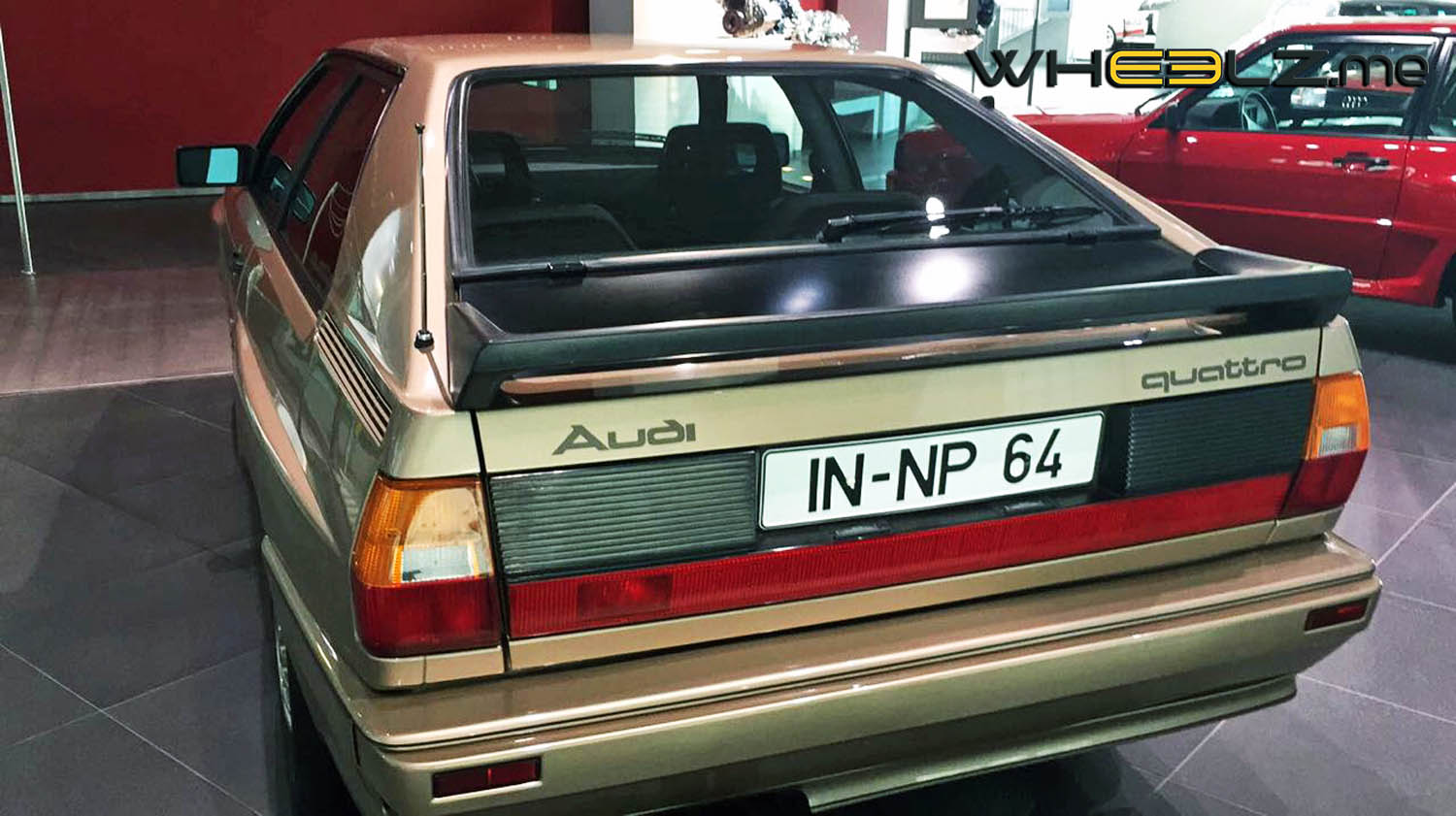 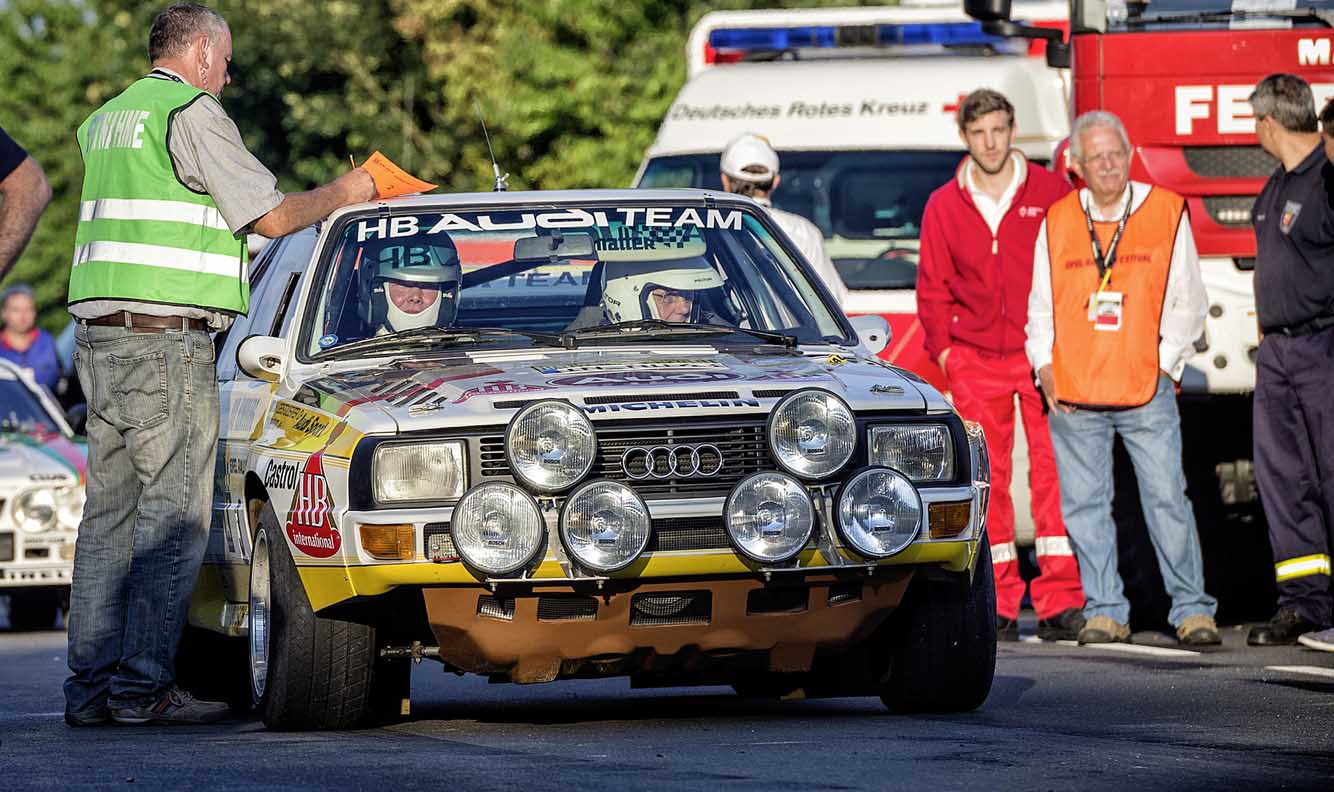 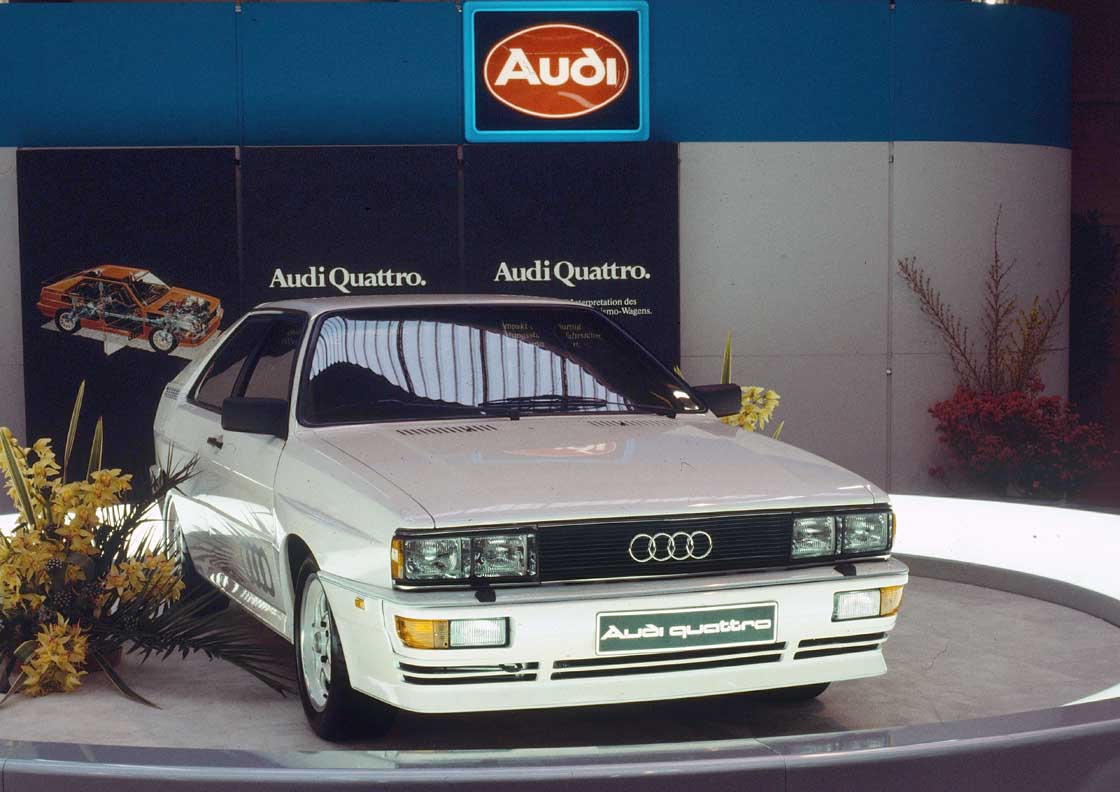 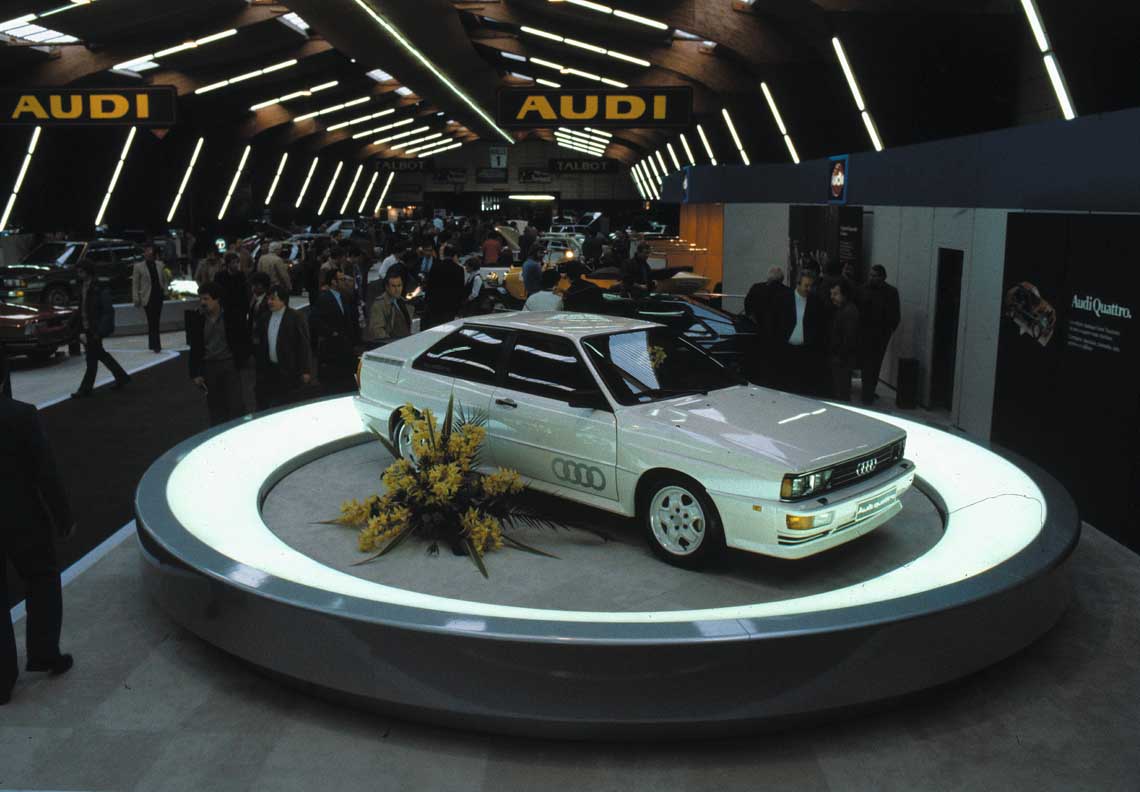 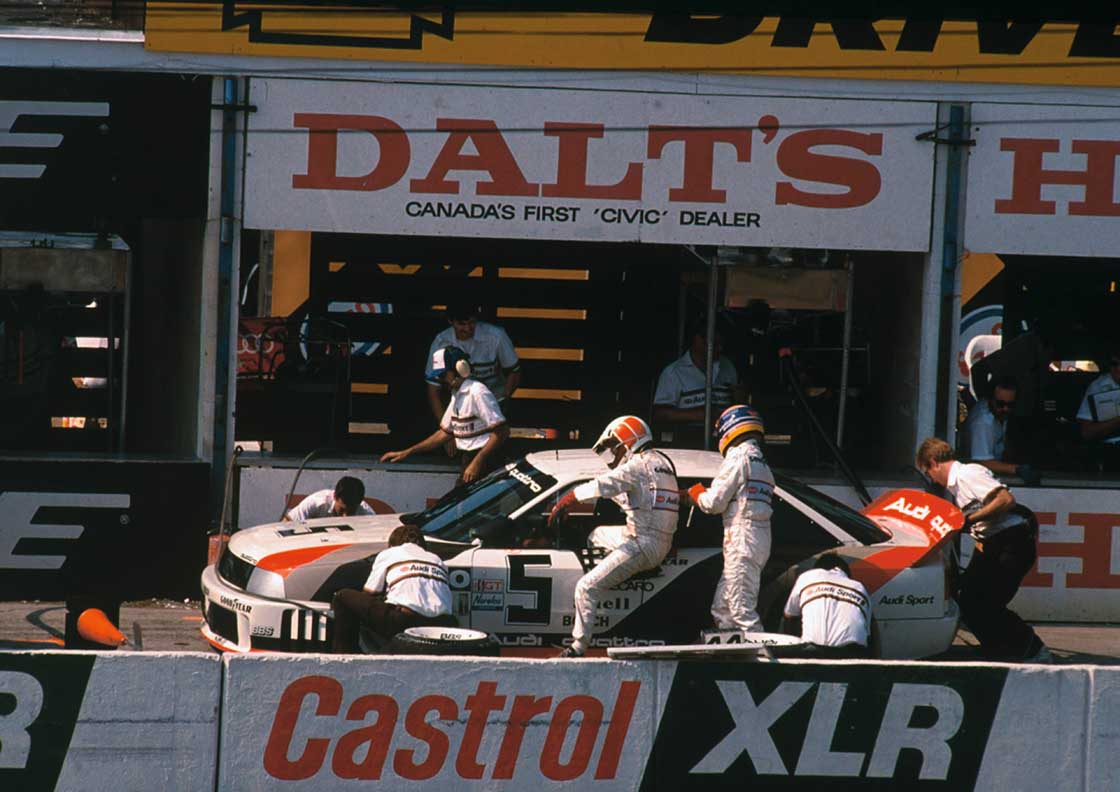 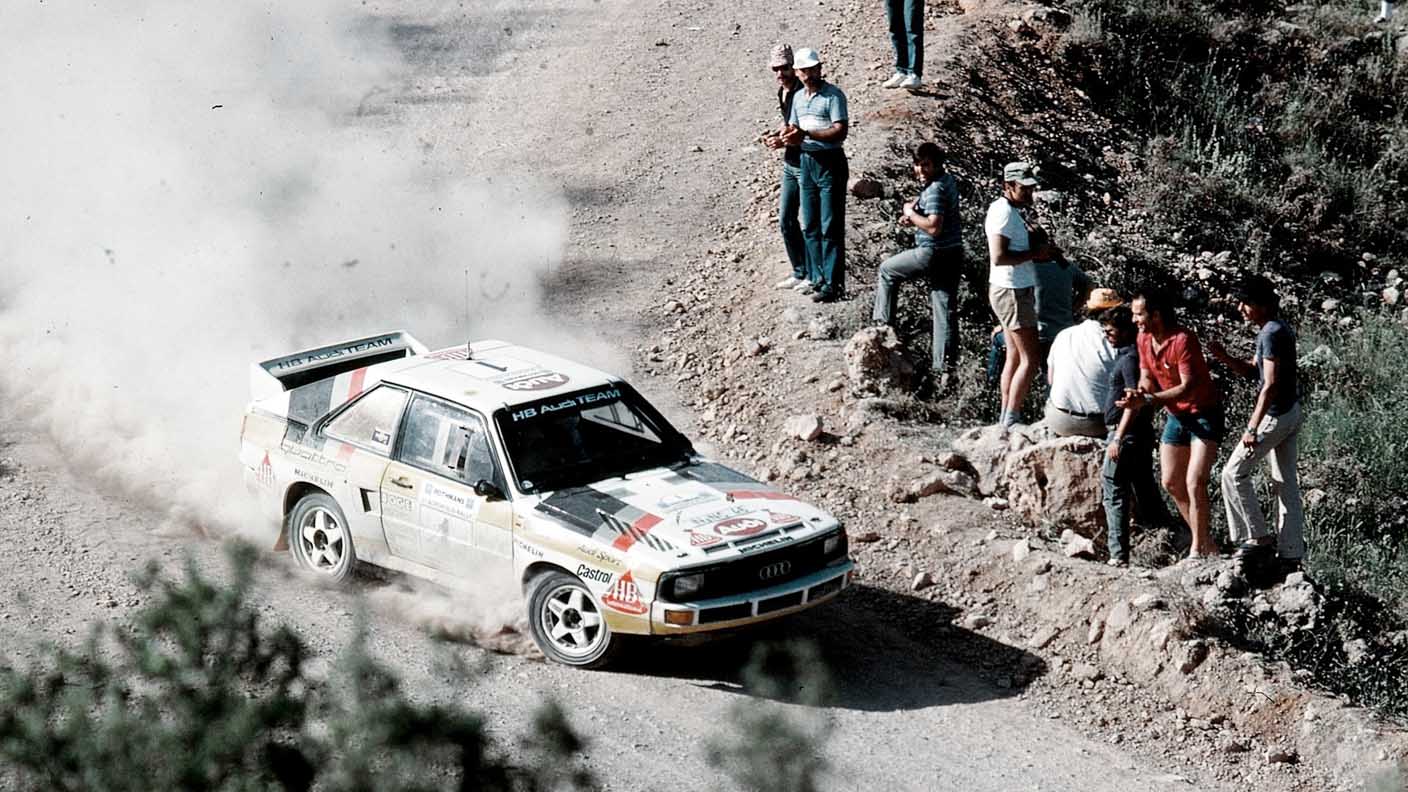 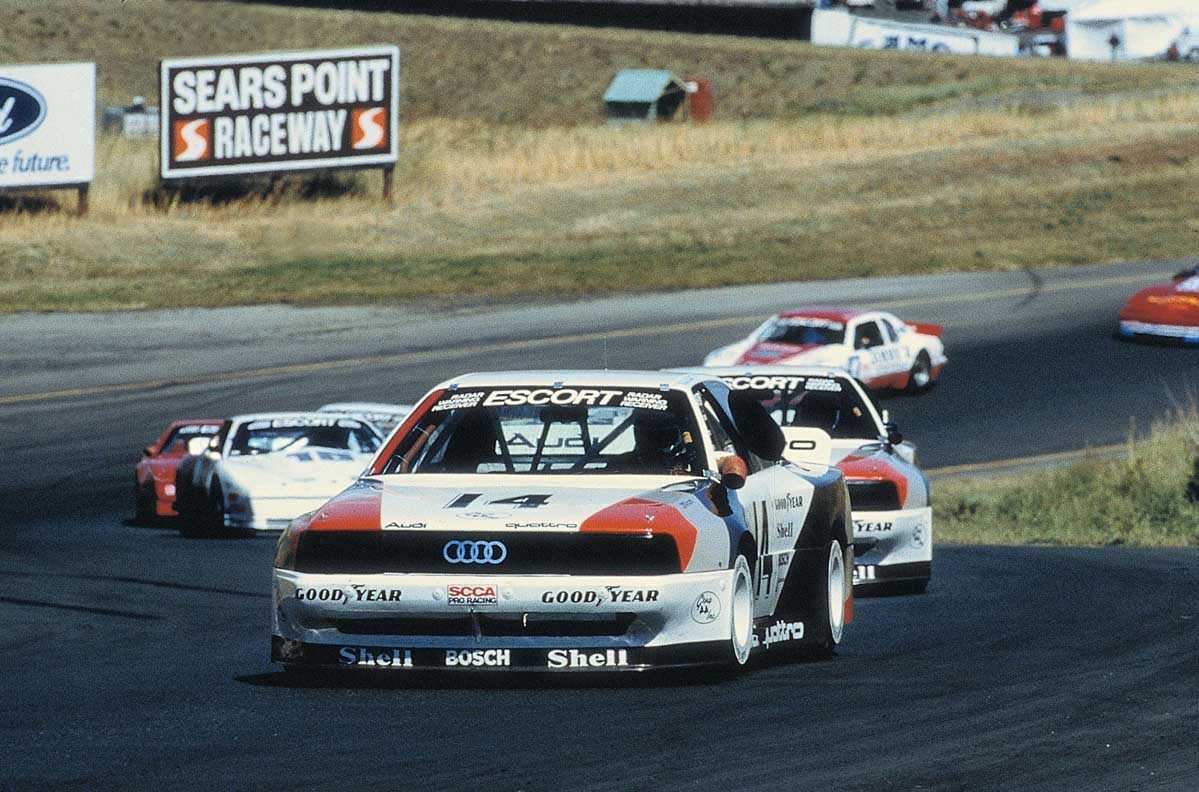 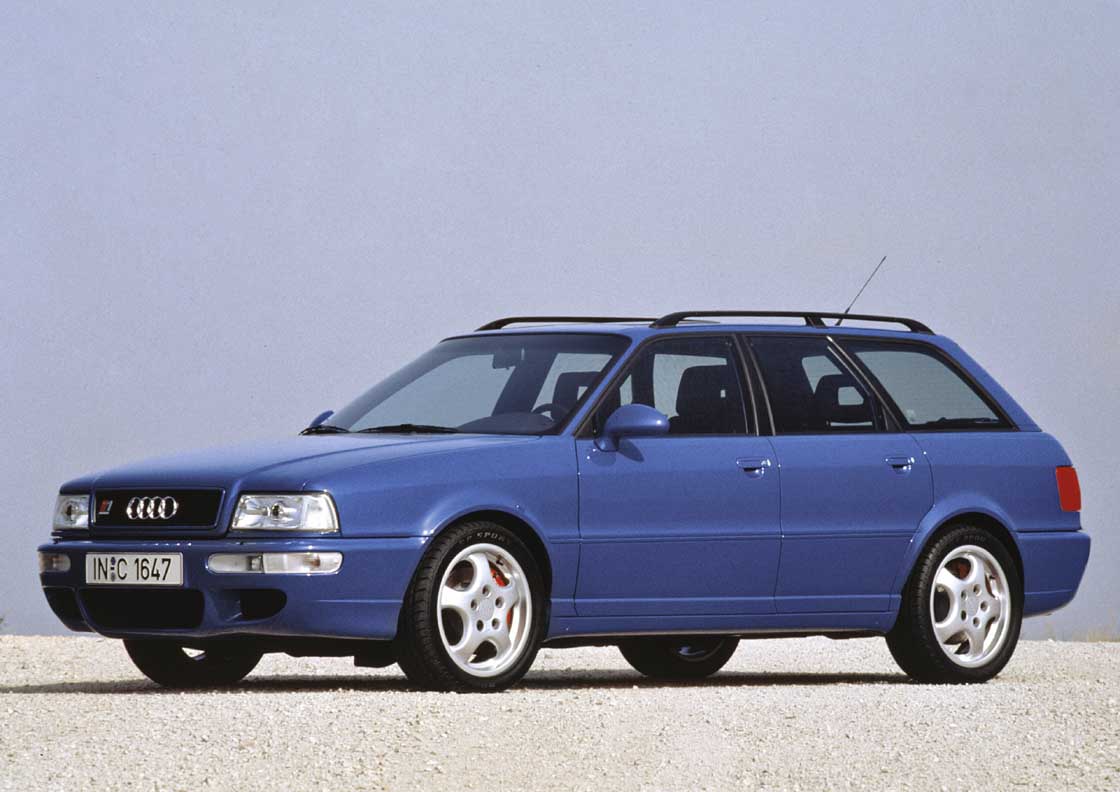 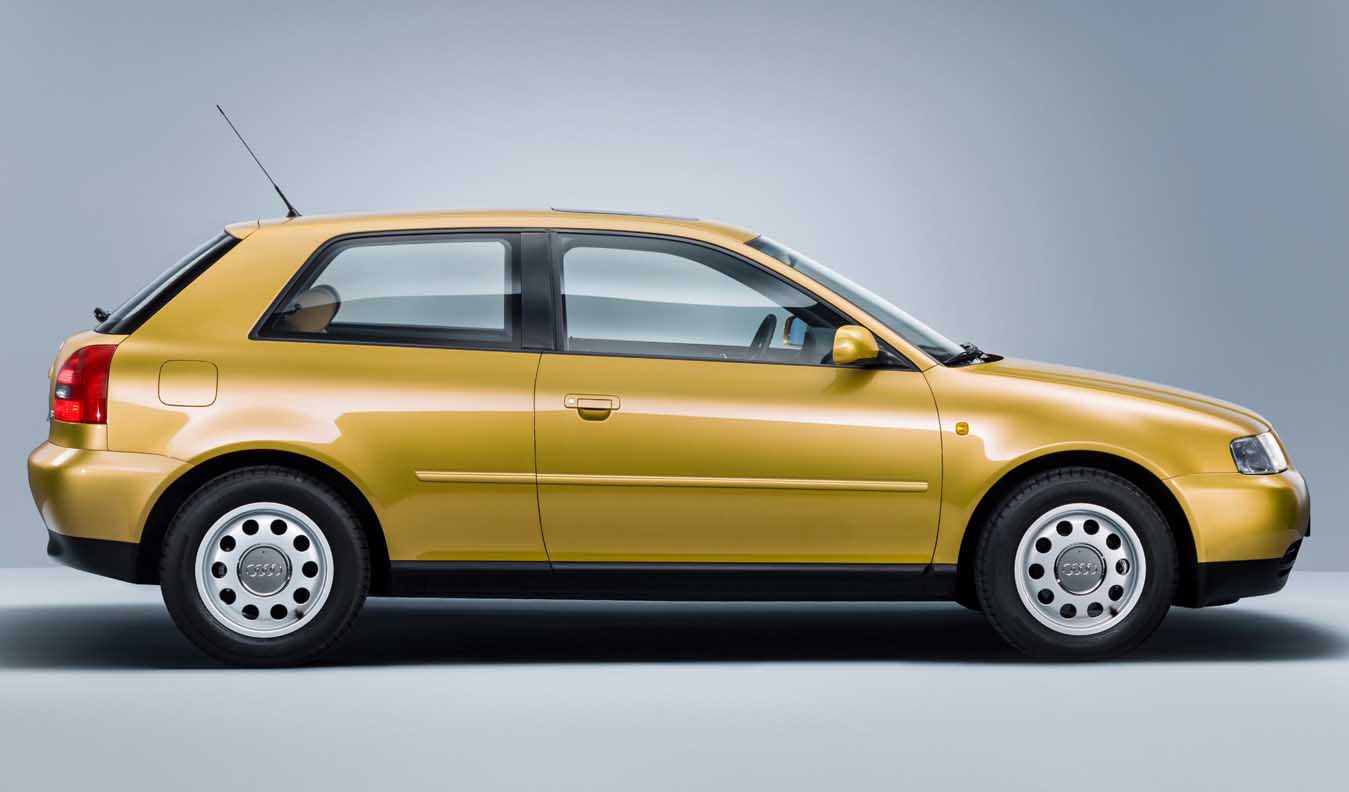 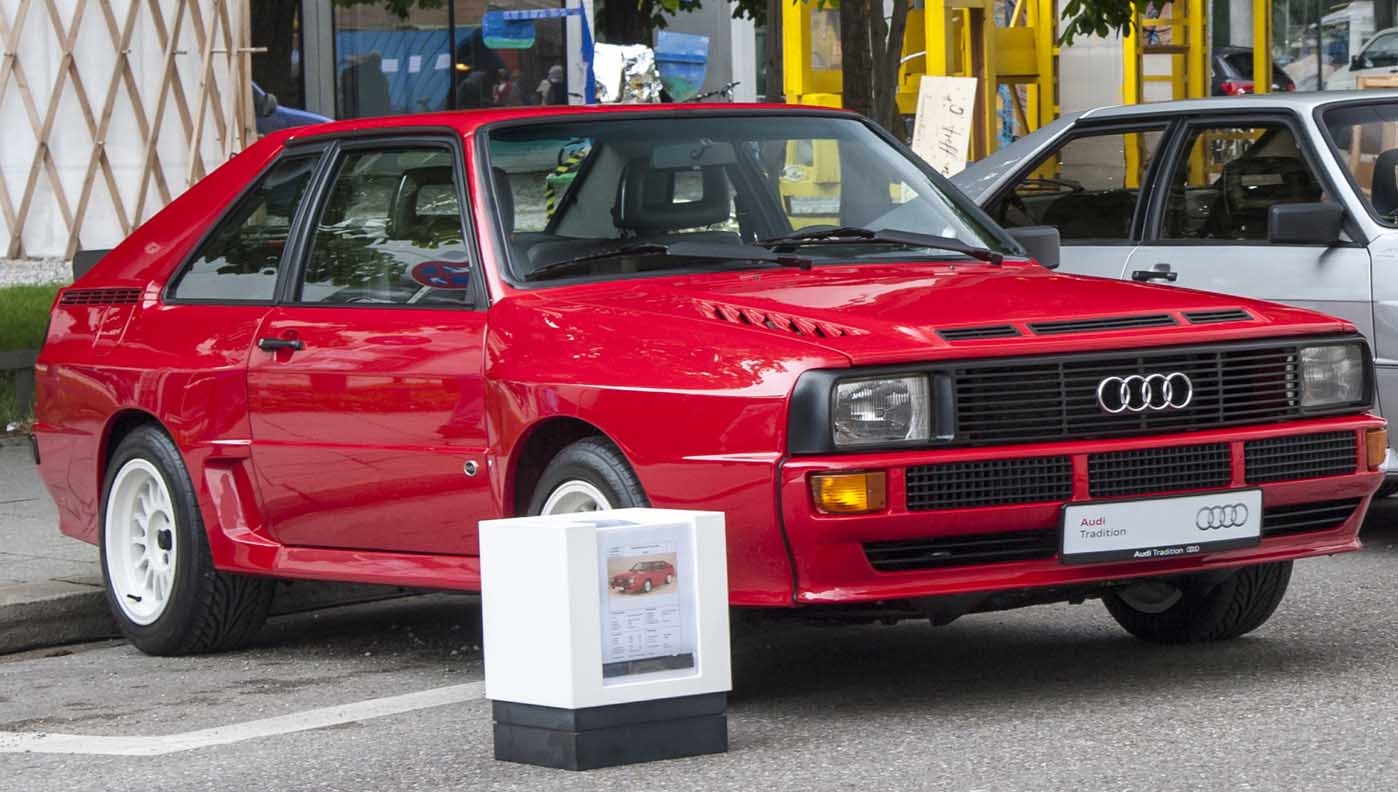 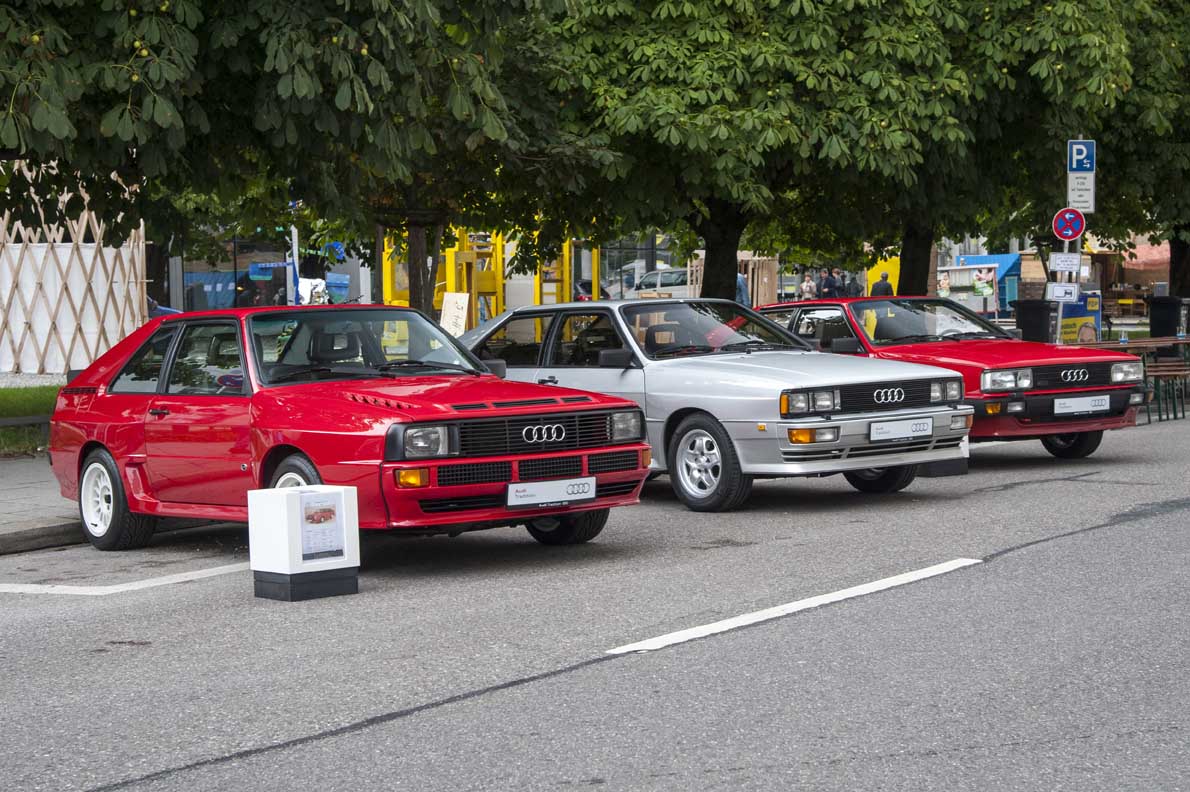 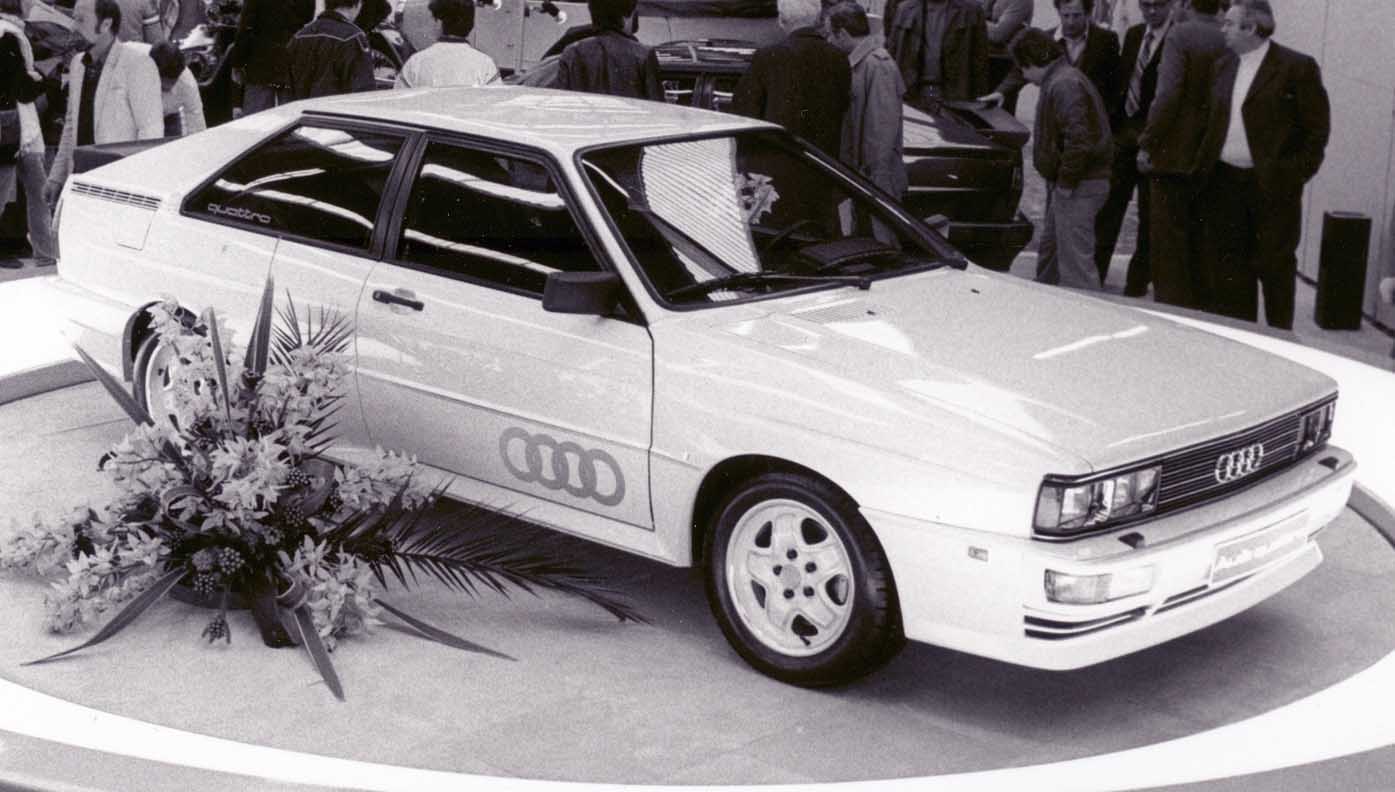 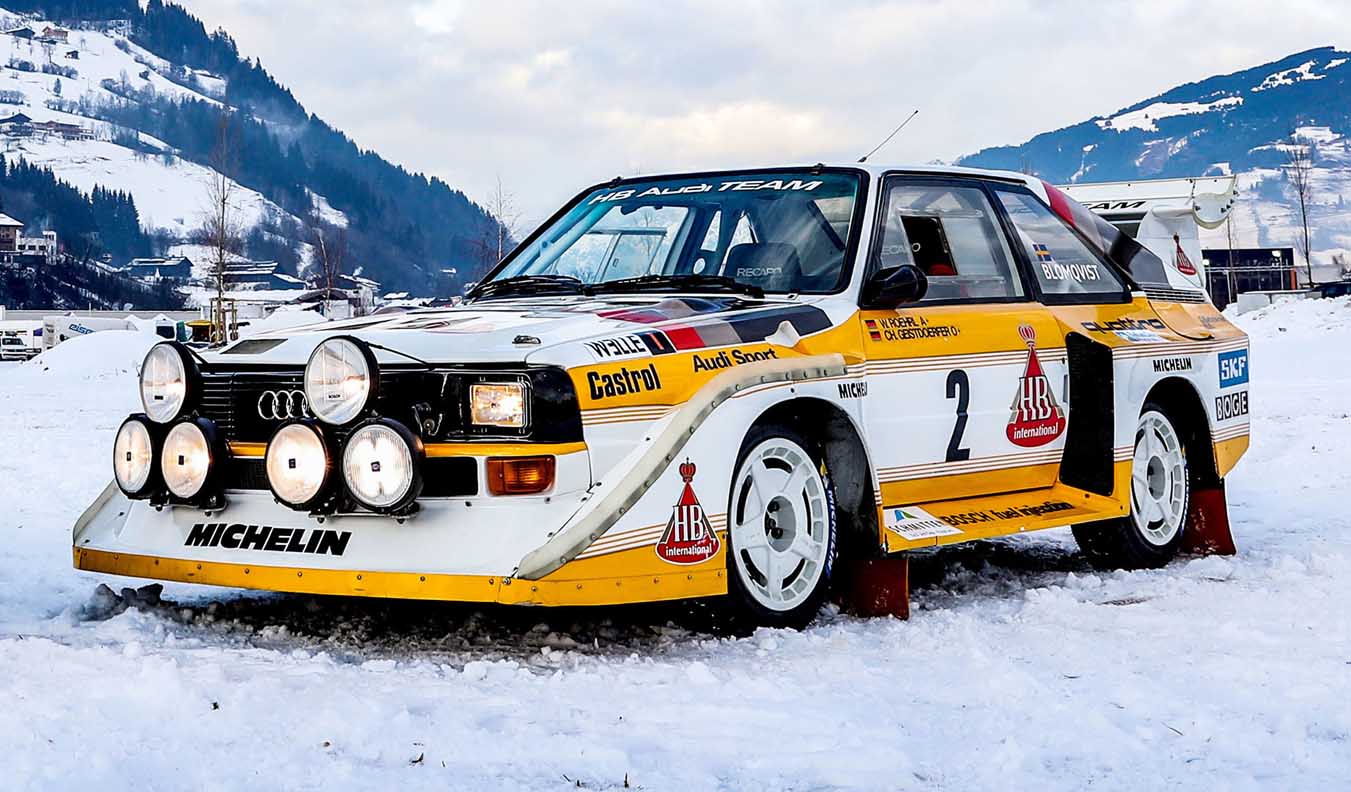 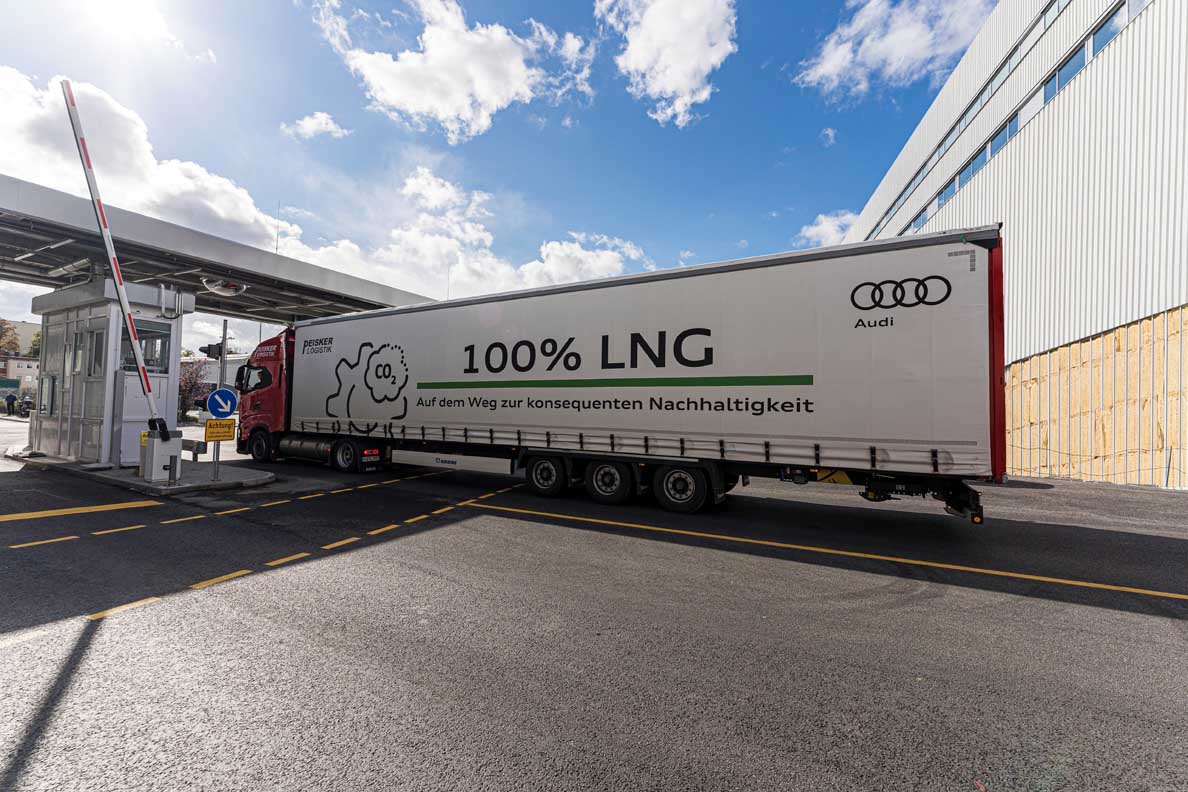 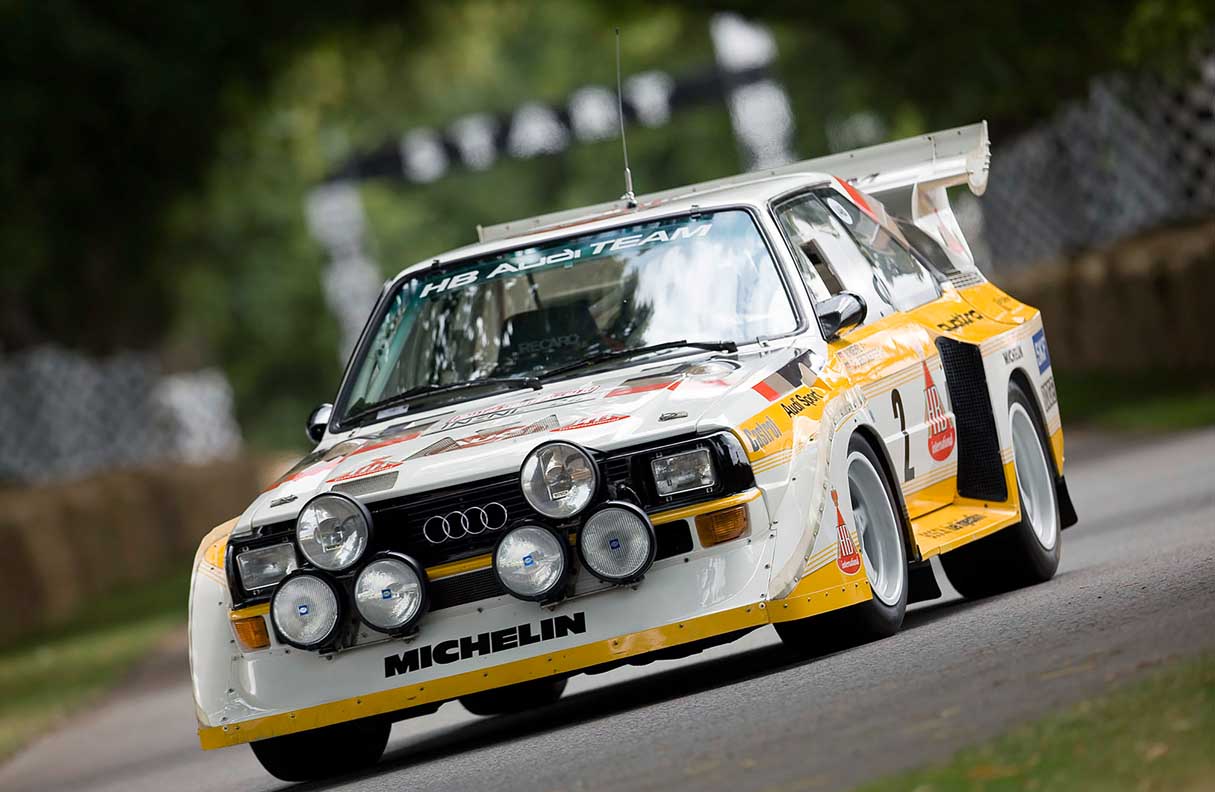 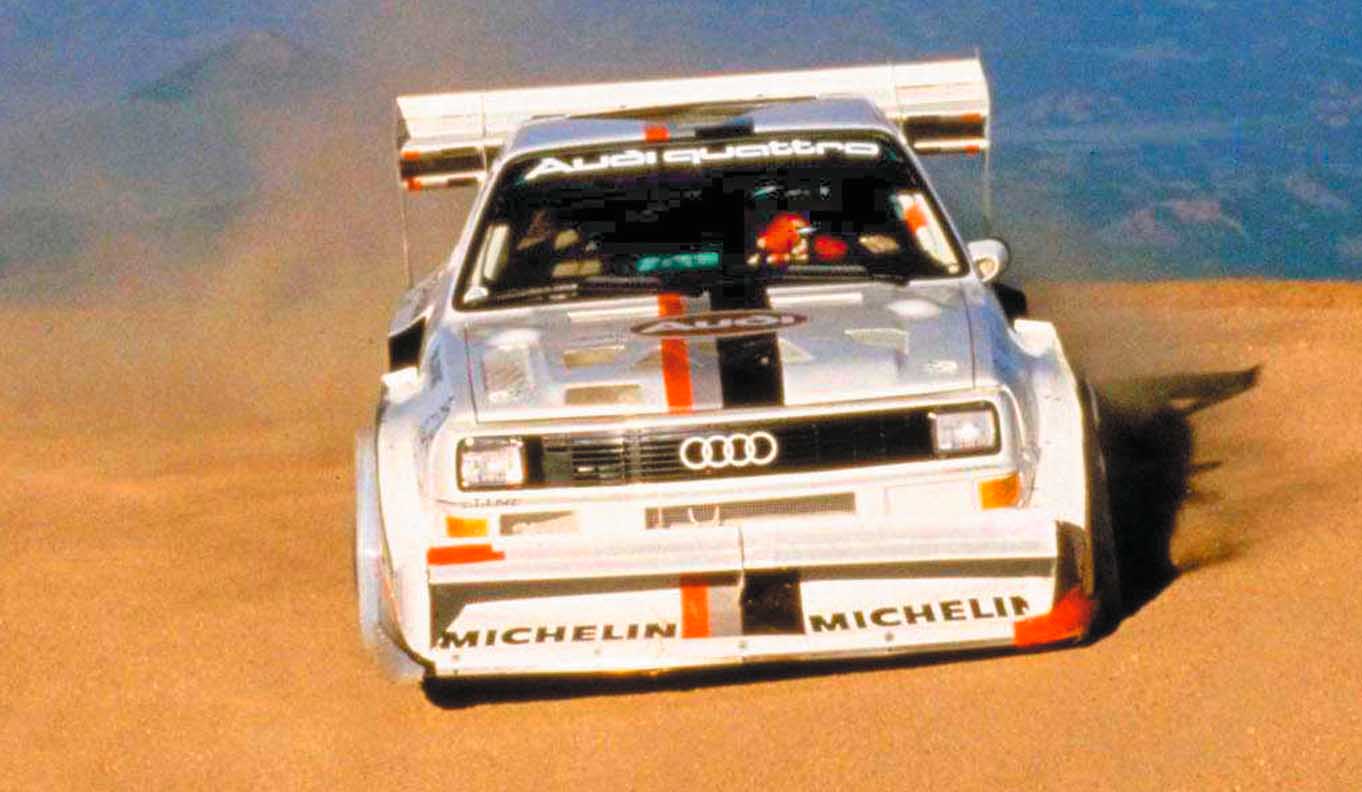