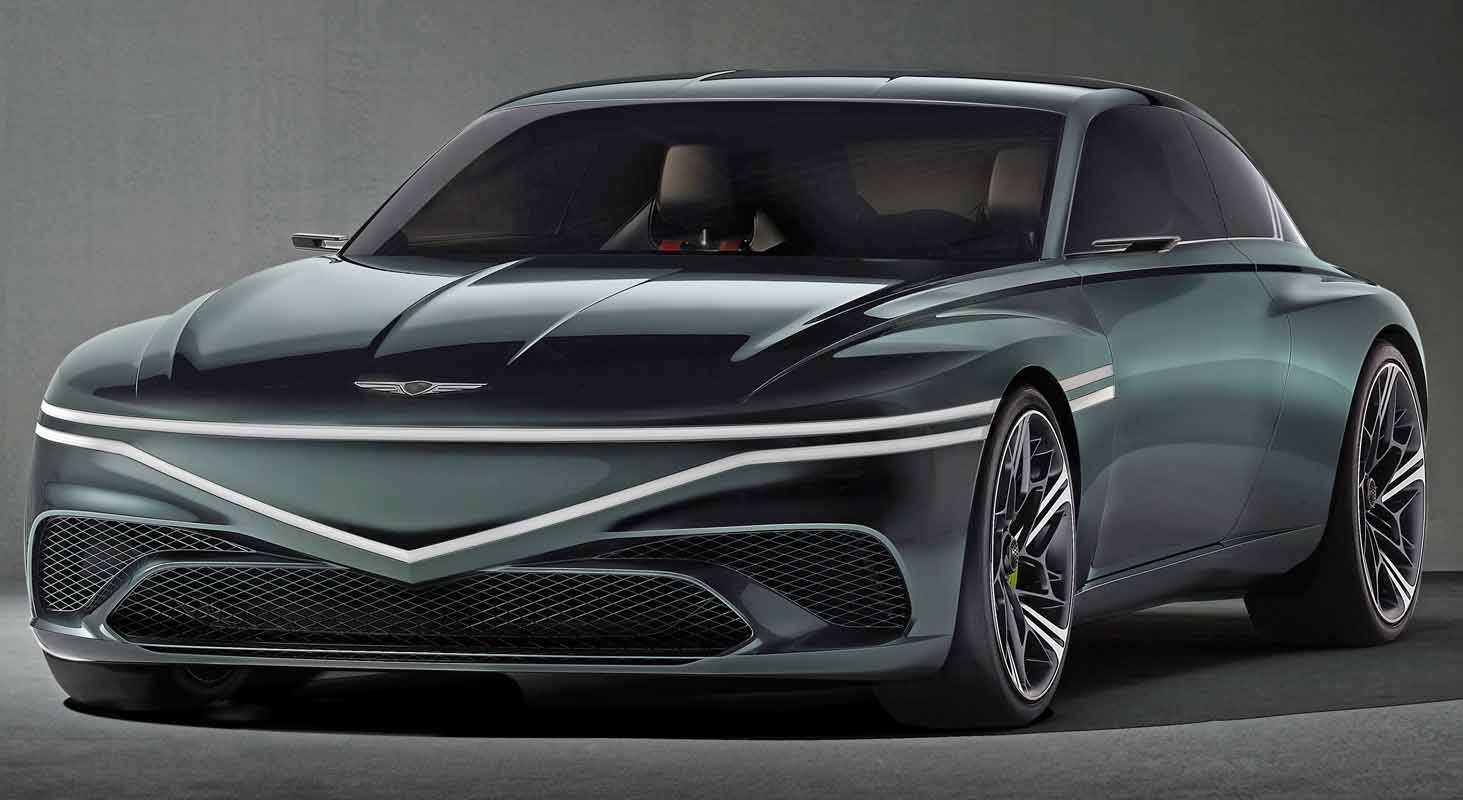 Today, Genesis premiered the Genesis X Speedium Coupe at Genesis House New York, a cultural space in Manhattan’s Meatpacking District. The concept car incorporates Genesis’ DNA, while looking ahead to the next wave of EVs and highlighting Genesis’ future as a luxury electric vehicle brand.

The brand also announced plans for U.S. production of its upcoming Electrified GV70 SUV at its manufacturing facility in Montgomery, Ala. Production is set to start in December.

In a series of electrification-focused announcements, the brand also revealed its GV60 Priority One program for U.S. consumers.

Envisioning a new styling convention for the future

The Genesis X Speedium Coupe was born out of a “freestyle” design exercise based on the Genesis X Concept.  Luc Donckerwolke, Genesis Chief Creative Officer and 2022 World Car Person of the Year led the initiative. It embodies the timeless Genesis’ design philosophy, Athletic Elegance, in an even more progressive way.

The name Speedium was inspired by the Korean racetrack in the city of Inje and the passion for motorsport it inspired in Genesis designers. The name also encapsulates Genesis’ belief that the emotional value of driving will remain strong in the era of electrification. The addition of the word “coupe” further accentuates the enjoyment of driving through aesthetic designs.

Genesis followed the principle of reductive design, or “less is more,” for the concept car. The Genesis X Speedium Coupe stands out for its restrained elegance, clean lines, and subtle curves.

The model challenges the status quo of a defined car type. It is not a conventional concept car that previews plans for the production lineup.

“This car is an open-door moment in Genesis’ journey towards our future EV design,” said Luc Donckerwolke, chief creative officer of Genesis. “This isn’t a show car — it’s a look into our design processes as we explore ideas for the next wave of EVs, one that incorporates Genesis’ DNA.”

On the front of the vehicle, Genesis’ signature Two Lines lamps have evolved into a full-width element that encompasses the shape of the crest resembling the Genesis Crest Grille. It was designed to carry the brand signature of the wing face for the electrification era by integrating the daytime running lamps with the low beam and high beam together. It carries an EV face that symbolizes Genesis’ transformation towards becoming an all-electric car brand with a six-model lineup by 2030.

From an overhead perspective, the hourglass silhouette highlights the car’s passion and character. The curvaceous and sensuous form accentuates the wheel arches creating muscular presence.

Viewed from the side, the Parabolic Line extending from the front to the rear of the car maintains a certain tension in the design as a classic car would. The deliberate “anti-wedge” design culminates in a streamlined look that exudes understated elegance.

Meanwhile, an elliptical tail balances out the look for a visually engaging tension between convex and concave surfaces in the rear. The V-shaped brake lights interrupt the circular shape by producing the striking contrast that is one of the hallmarks of a Genesis vehicle.

“We are giving each design element space to breathe,” said Donckerwolke. “It’s not about making the design elements compete with each other, but about orchestrating the elements so that they complement and respect one another.”

The concept’s metallic emerald green shade is referred to as “Inje Green.” As expected of a car that was inspired by a Korean racetrack, the color encompasses the mountainous landscape where the track is located, completing the image of a classic car that embodies dynamism, speed, and timeless elegance. 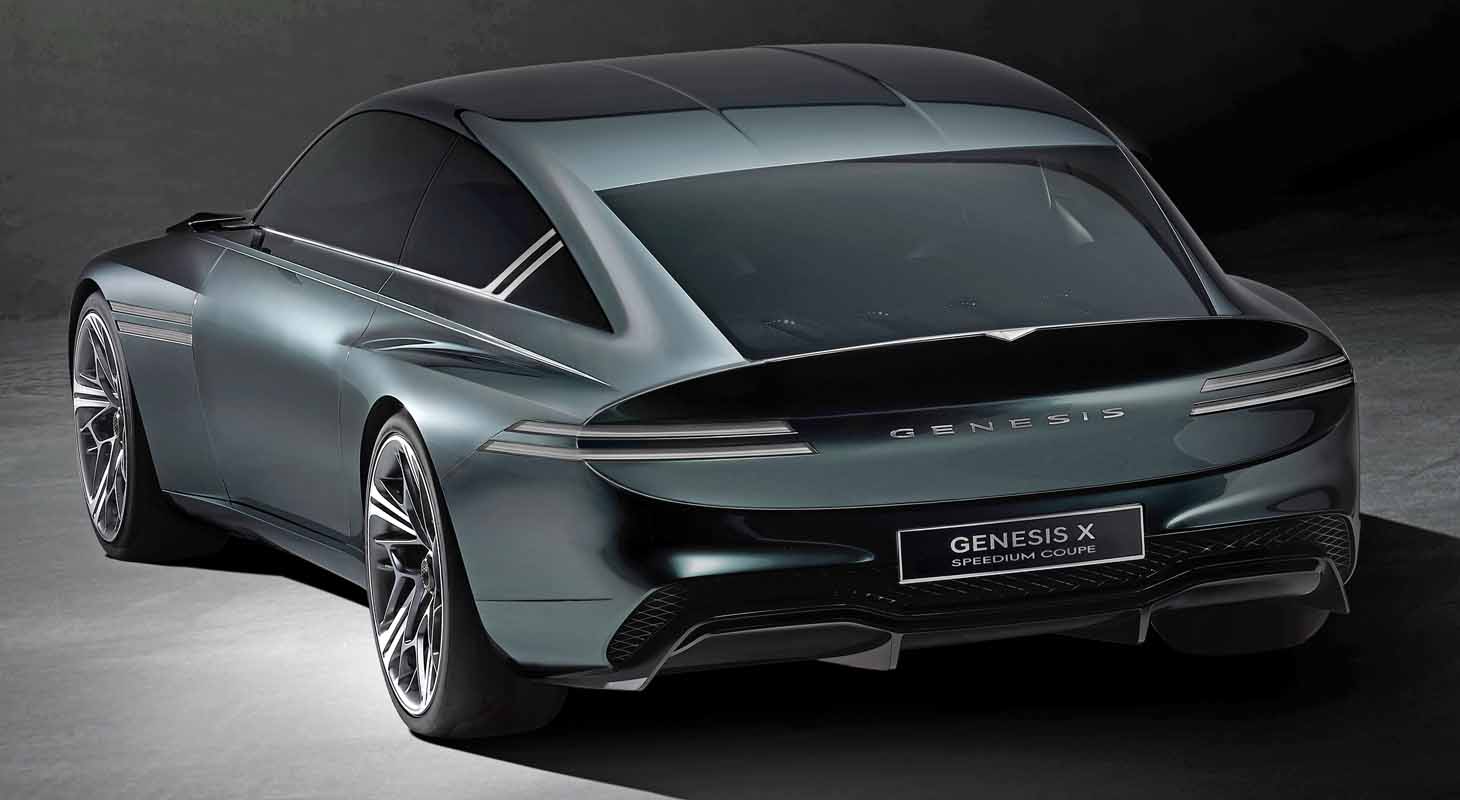 Genesis has shown significant growth in the U.S. market, setting monthly sales records for the past 16 months. The brand recorded 11,723 sales in Q1 2022, the largest quarterly sales achievement since its foray into the U.S. market in 2016.

Starting today, clients in select U.S. markets may enroll in Priority One, a program designed to curate a personalized purchase experience for GV60, the brand’s first dedicated electric vehicle. By visiting www.genesis.com and providing their contact information and $500 refundable deposit, a Genesis Concierge will simplify the process and match clients with a qualified retailer.

“We are pleased to bring the highly-anticipated first Genesis EV to market in the U.S. with GV60,” said Claudia Marquez, chief operating officer of Genesis Motor North America. “With Genesis Priority One, we are renewing our promise to our clients to provide a purchase experience tailored to them.”

Genesis Priority One will be available at launch in California, Connecticut, New Jersey, and New York for a limited time while quantities last.

Production Plans for the Electrified GV70

Genesis announced that the Electrified Genesis GV70 will be its first vehicle produced in the U.S. at its manufacturing facility in Montgomery, Ala. Production is expected to begin in December 2022 with the goal of strengthening Genesis’ EV market position in the region and continuing its commitment to electrification.

“We are pleased to bring Genesis production to the United States for the first time,” said José Muñoz, president & CEO of Genesis Motor North America. “The GV70 SUV has won the hearts and minds of American consumers and industry experts alike. We are proud to begin offering consumers the new electrified model, built right here in America.”

Genesis House New York opened in November 2021 as the brand’s base in the U.S. It’s more than just a showroom — it’s a cultural oasis in the heart of the city. Measuring over an acre of floorspace (over 46,000 square feet) and consisting of three floors, it carries forward the bold and innovative spirit of the brand by welcoming guests in a gracious manner that is deeply rooted in Korean culture.

The announcements took place during a press-only event at the Cellar Stage — a basement space outfitted with floor-to-ceiling LED-lit staging and state-of-the art audio-visual technology. Genesis holds numerous events at the Cellar Stage in collaboration with artists in the local community.

The first floor is an exhibition space where guests can experience the Genesis vehicle lineup, both existing models and concept cars that express the brand’s future vision. The architects used tessellated mirrors to beautifully set off the cars on display, and curators are on hand to provide detailed explanations. The curator service at Genesis House is provided in English, Spanish, French, Chinese, and Korean, among other languages.

On the second floor, guests can enjoy a Korean cultural experience in the library, the Tea Pavilion, Genesis House Restaurant and the Terrace Garden.

Genesis House Restaurant, established in collaboration with Onjium — a Michelin-starred restaurant and traditional cultural research center in Seoul — offers a creative and elegant gastronomic experience that harkens back to the Korean Noble class cuisine that took inspirations from what Joseon-era royalty once enjoyed in their palaces.

At the event, the Genesis House Restaurant unveiled its new Spring menu, curated by Onjium.

The 9,493-square-foot Terrace Garden, located outside on the second floor, overlooks Hudson Yards, the Hudson River, and the High Line. Reminiscent of a courtyard outside a “hanok,” or traditional Korean house, it is surrounded by low walls and an alley, serving as a cozy spot to enjoy a cup of coffee or tea.

Building upon the success of Genesis House New York, the brand is exploring future plans to open branded cultural spaces in other regions.

To mark the occasion and give back to the local New York community, Genesis presented a $50,000 donation to Girls Who Code, an organization whose mission is to close the gender gap in technology and to change the image of what a programmer looks like and does. Girls Who Code is building the largest pipeline of future female engineers in the world. In nine years, they have reached more than 450,000 girls globally.

This charitable contribution marks the continuation of Genesis Gives, a new initiative that supports STEAM (science, technology, engineering, arts, mathematics) education, sports, and athletics programming for youth. Genesis Gives has contributed more than $300,000 to causes across the United States since its launch in November 2021. 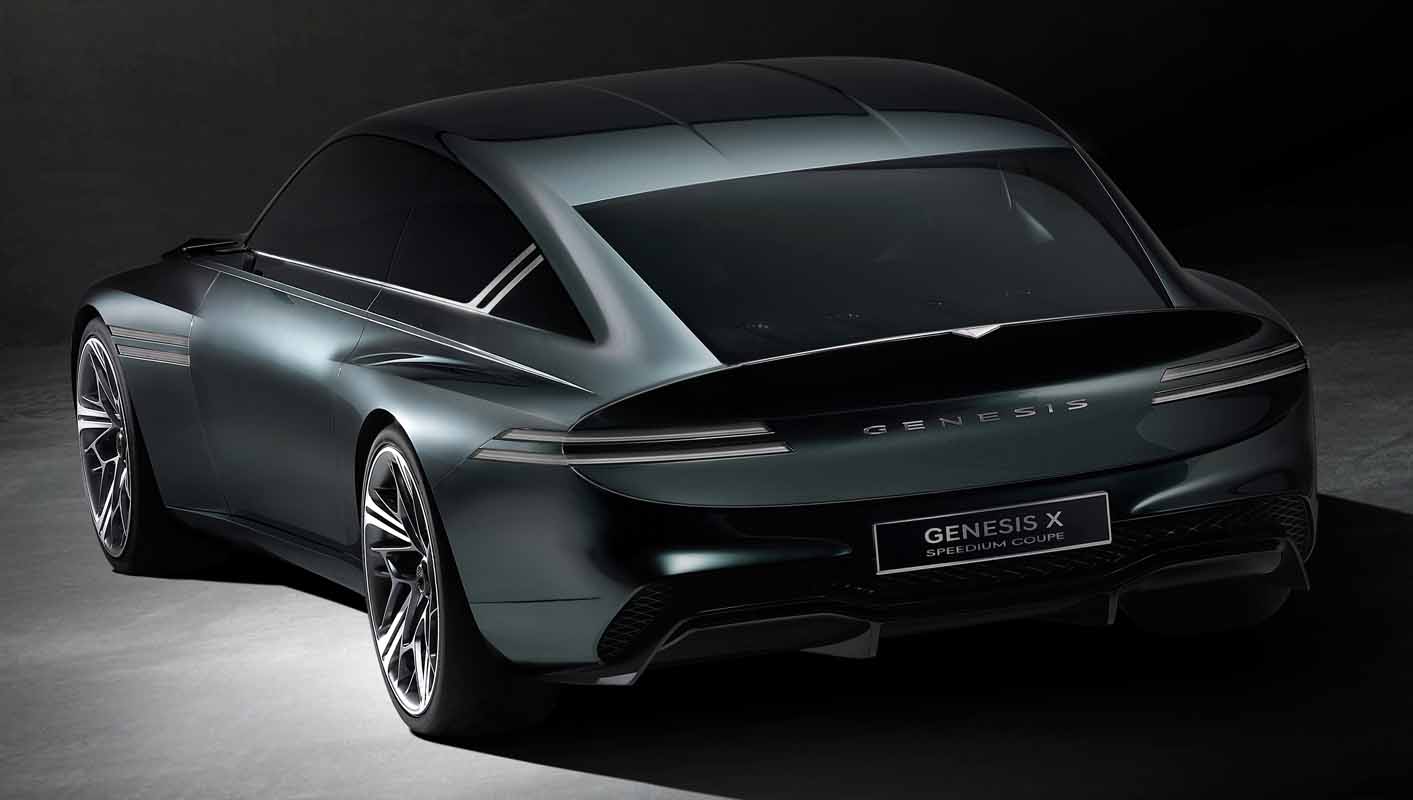 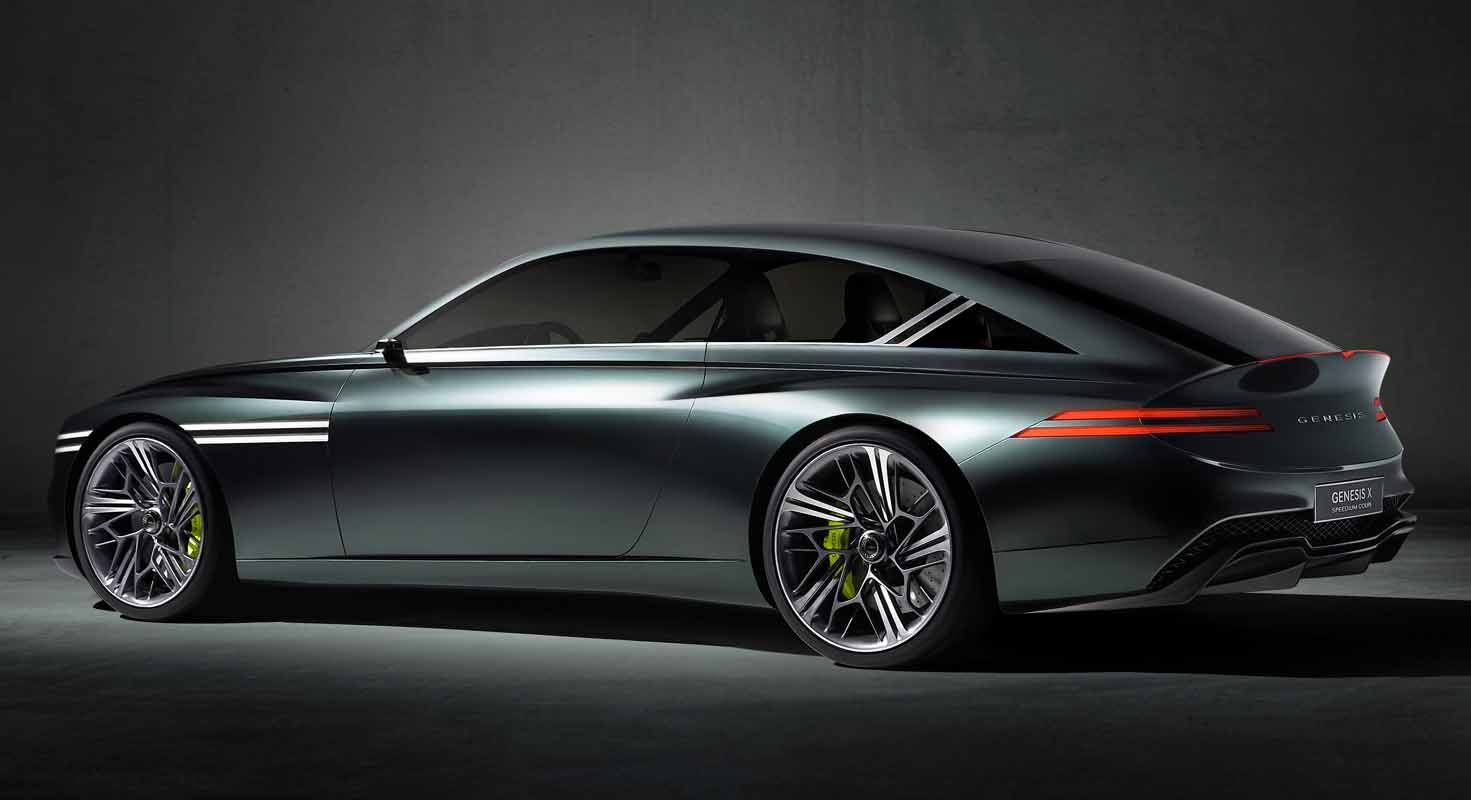 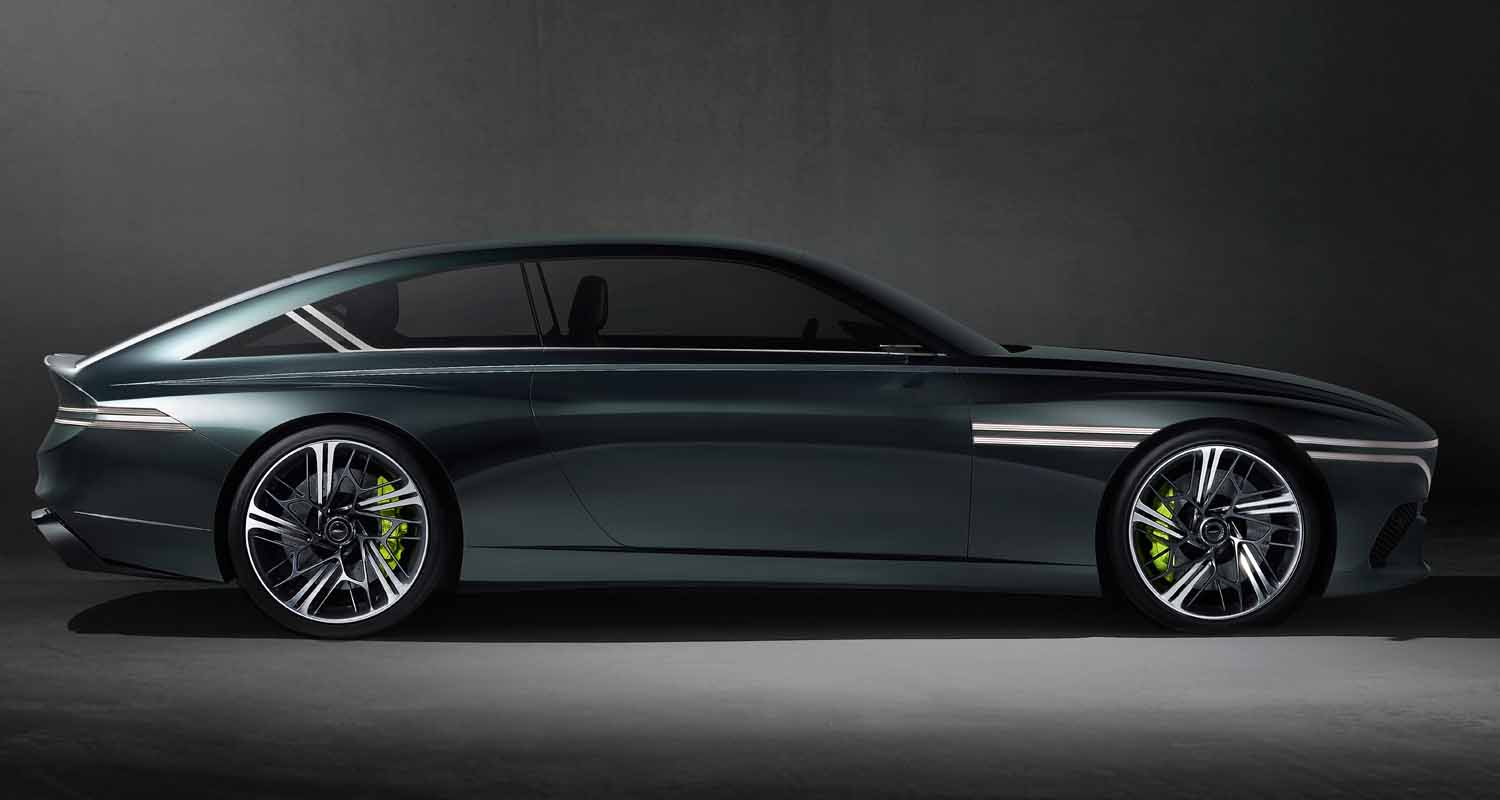 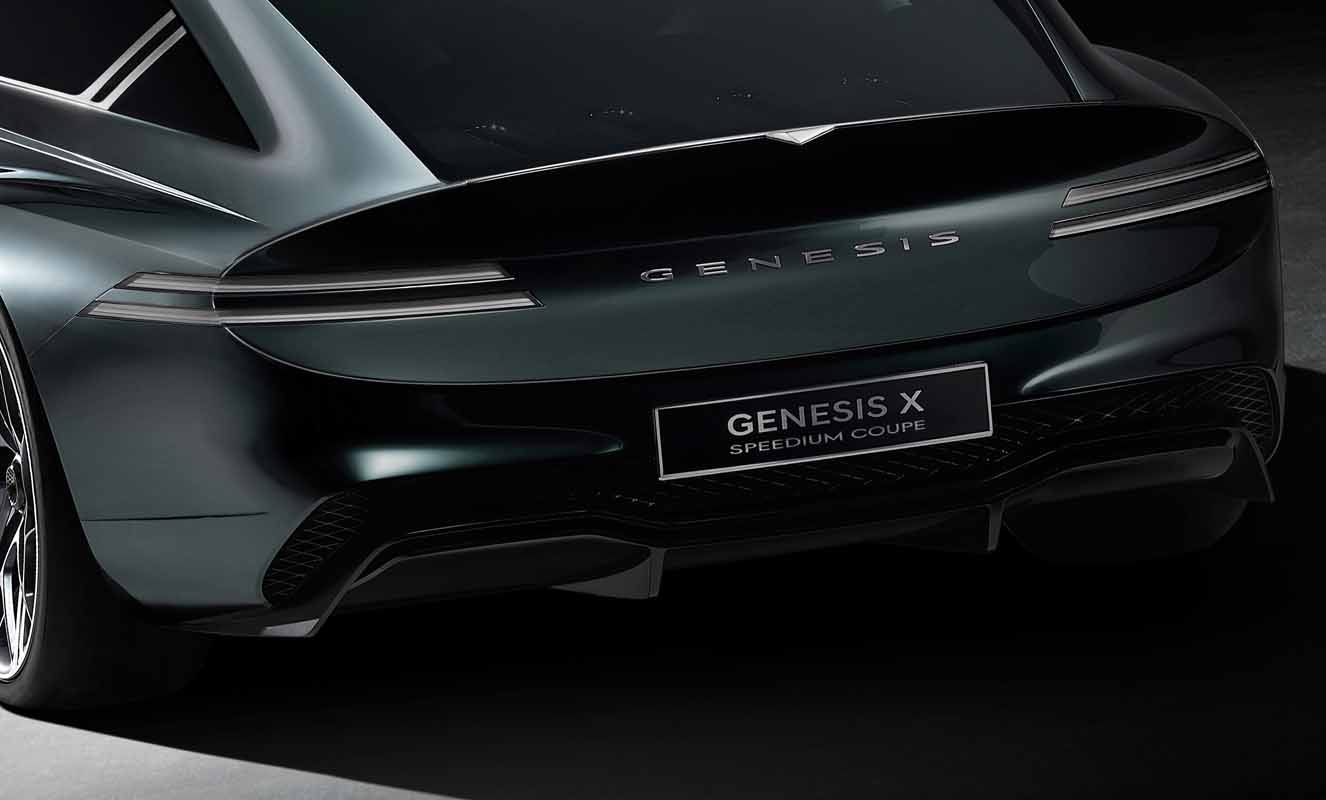 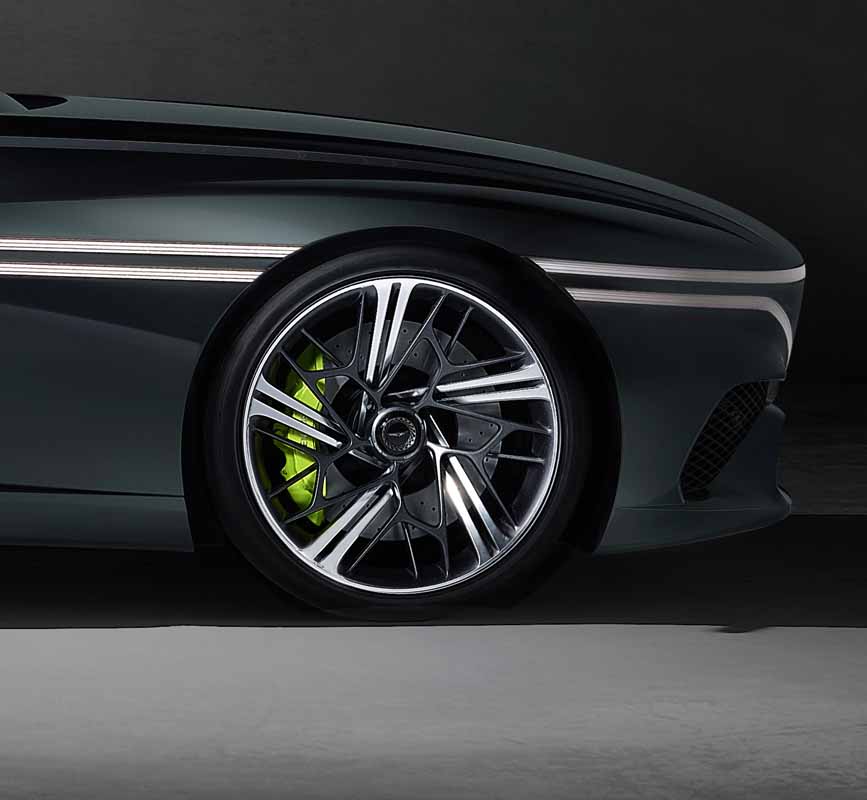 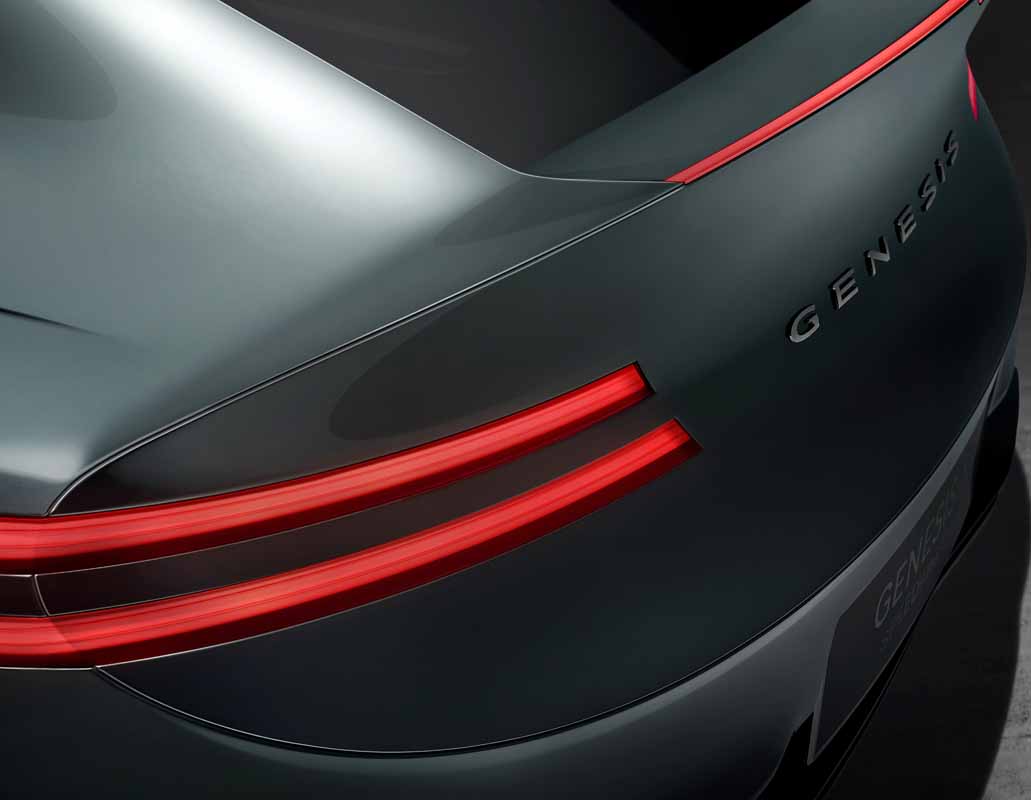 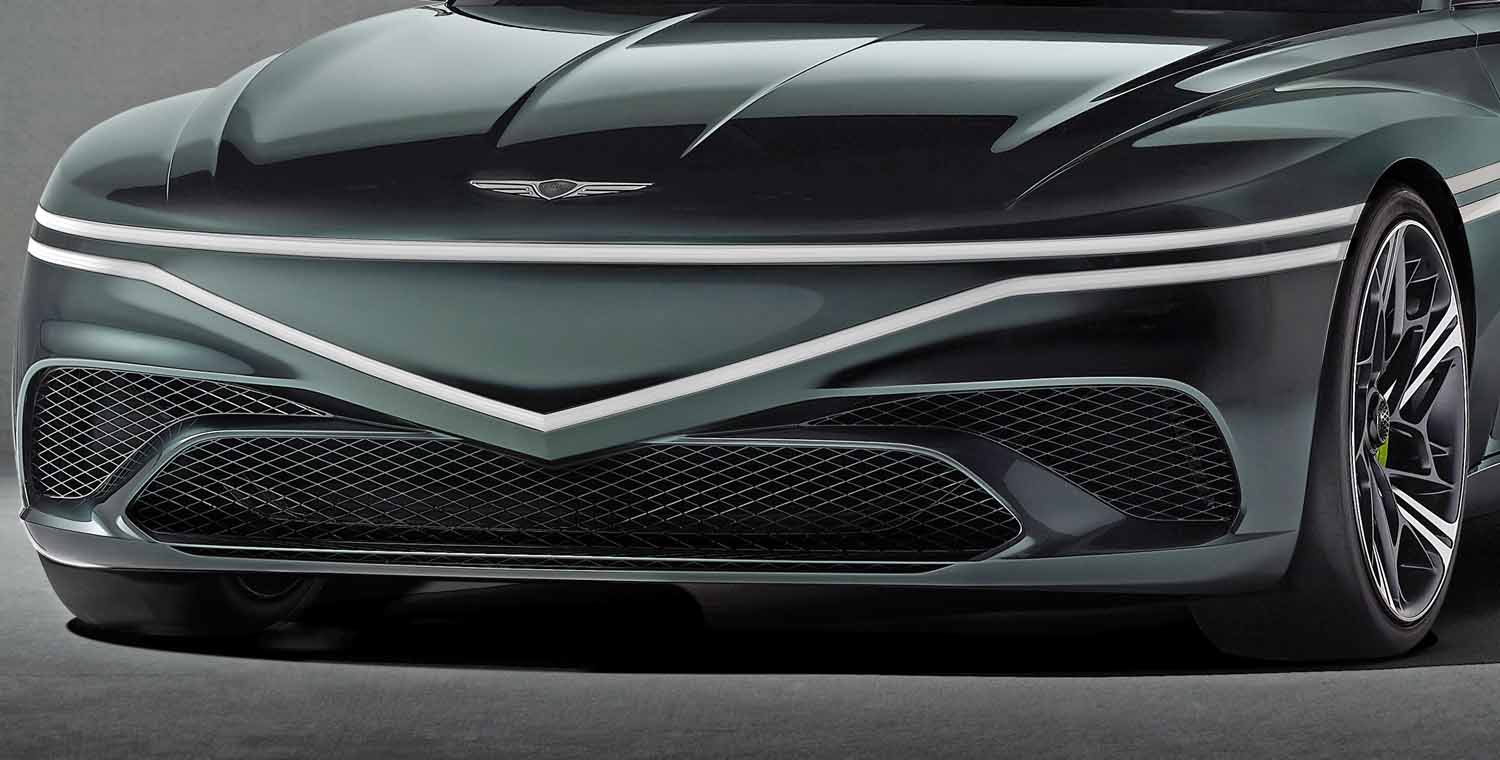 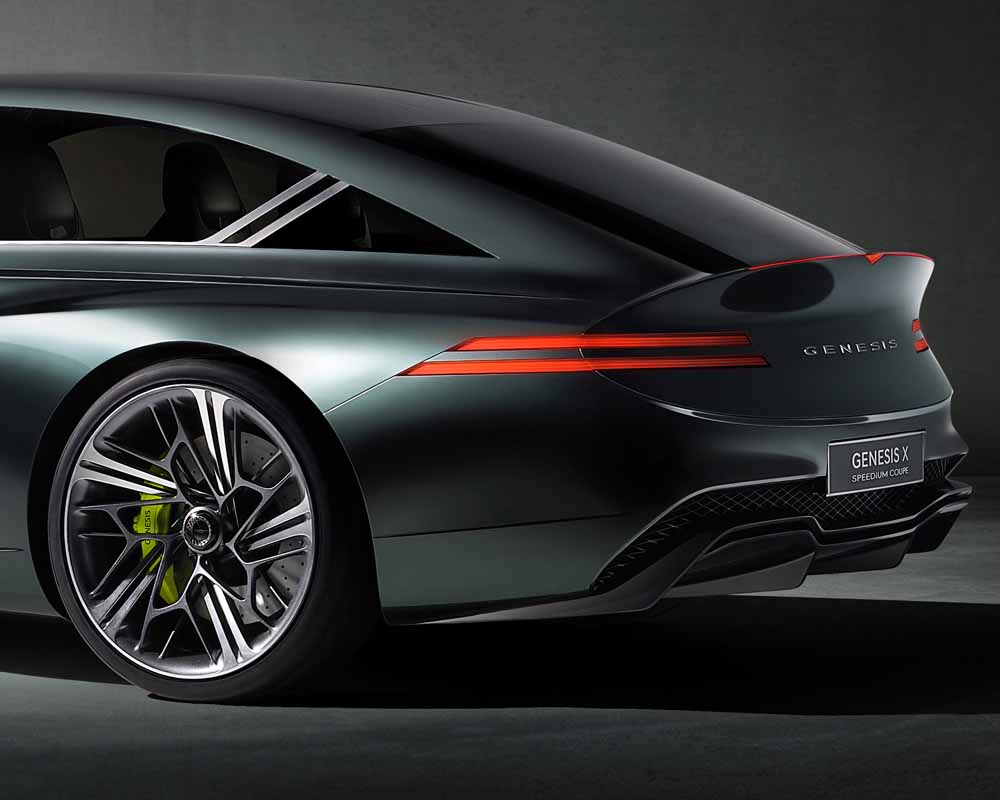